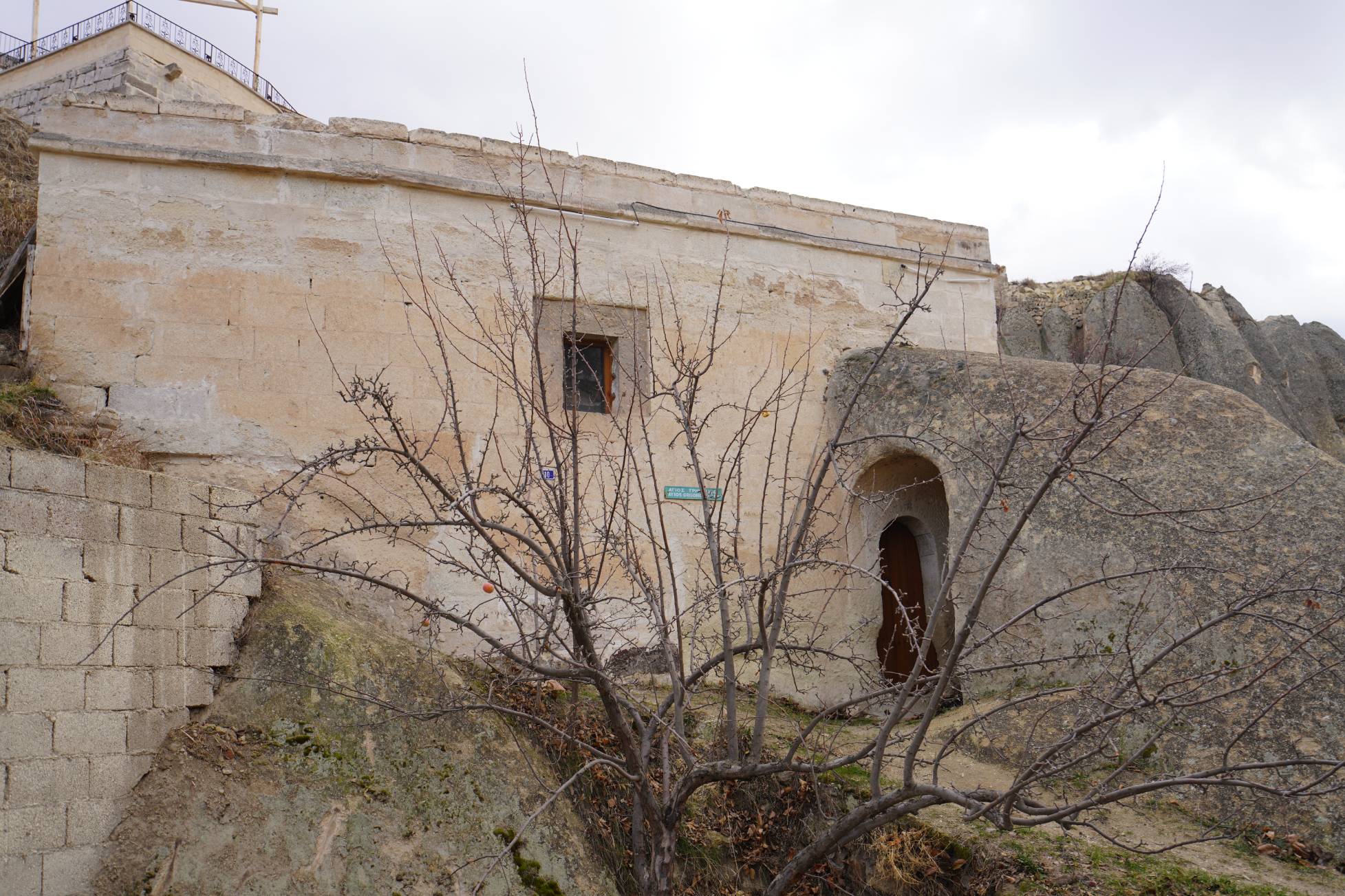 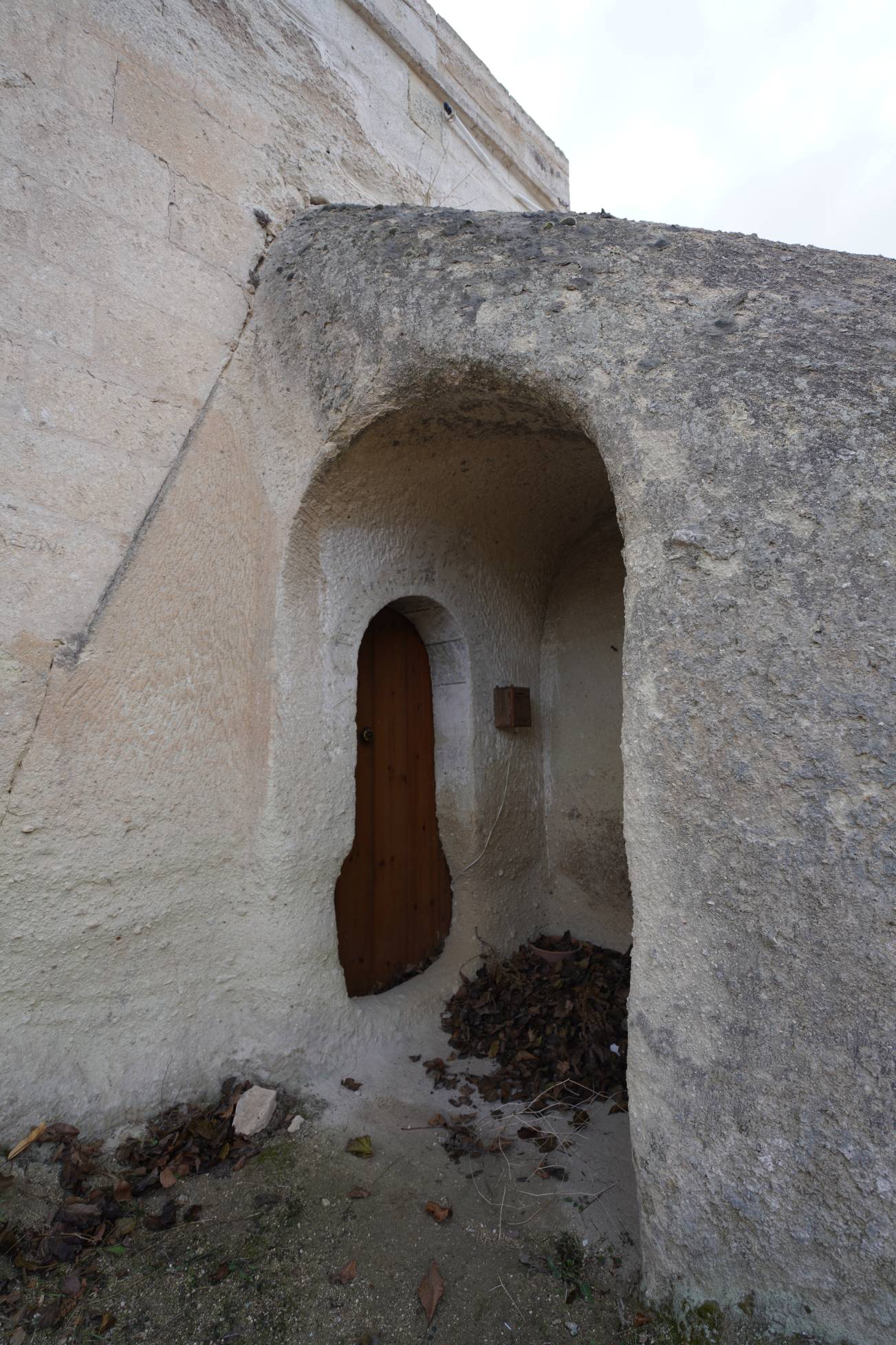 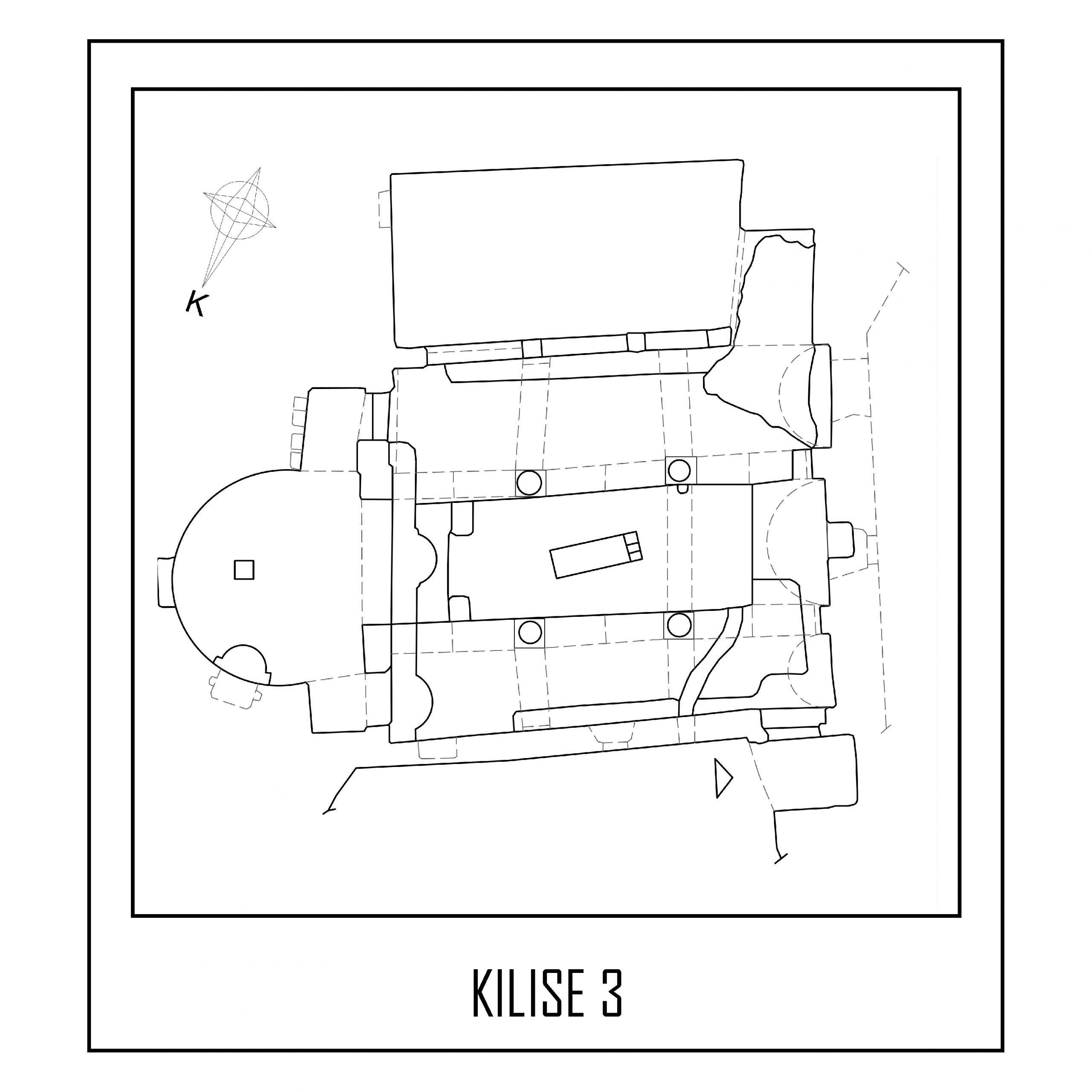 The church is located southwest of Yukarı Mevkii, approximately 800 meters below the endpoint of the Gibos valley. The church was reached during the Greek period by a 60-70 meter tunnel from Yeni Mahalle. The church, which is currently privately owned, was defined by S. Pekak (2009) as Church No. III. As a result of the research by Dimitri Katsikas Kapadokias, the grandson of a family who during the population exchange left Başköy, a village of Ürgüp; it was understood that the church was the church of St. Gregorios in Mustafapaşa.

The church, which is generally in good condition, owes this largely to the late Mehmet Balta. For many years, Balta has introduced this place to tourism by maintaining and cleaning the valley, which is an extension of the Gibos Valley, in which the church is located.

Some of the church was carved into the rock, and some of it was built in the masonry technique. The church has a rectangular planned naos in the eastwest direction. This main place of worship is divided into three naves with two rows of columns, and all of the naves are covered with barrel vaults. To the east of the building is an apse with a semi-dome cover. There is another room to the south of the naos, and it was carved entirely into the rock.

The most striking feature when entering the church is the rectangular tomb on the story of the middle nave in the middle of the four columns. In its current state, the decorations of the church is plain. Today, there are only stone imitations made with dark and light colors on the jambs and arches of the windows opening to the naos in the church.

Tevfik Balta, a member of a native family of Mustafapaşa and has been researching the village for years, said that according to the family elders, especially women visit this church. In addition, Balta explained that there is a stone portrait of a woman above the window on the west wall at the entrance of the church. Considering this information stated by Balta, it can be assumed that there may be a woman’s grave in the church, which is a frequent destination for women.