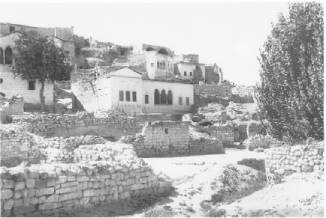 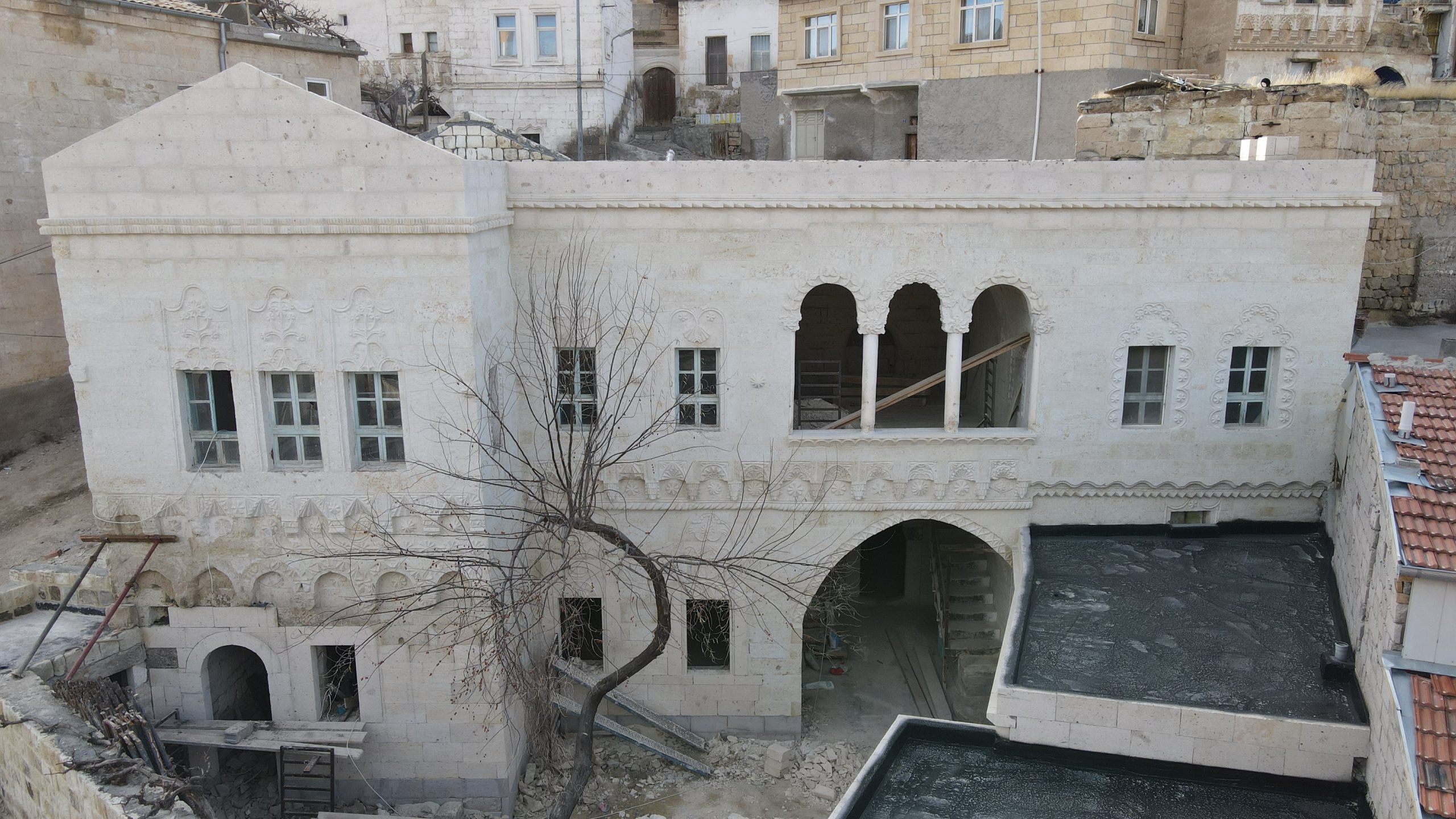 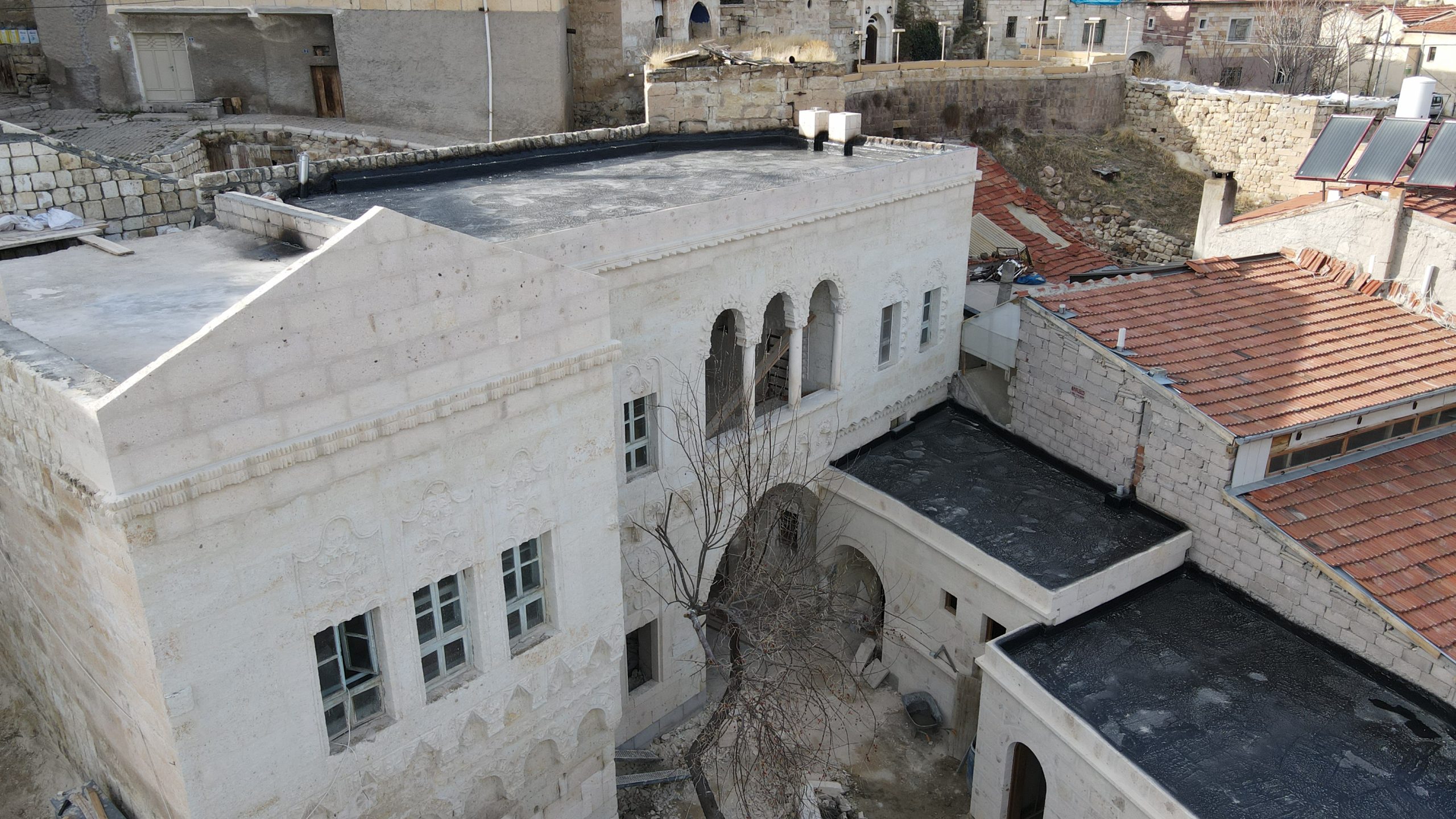 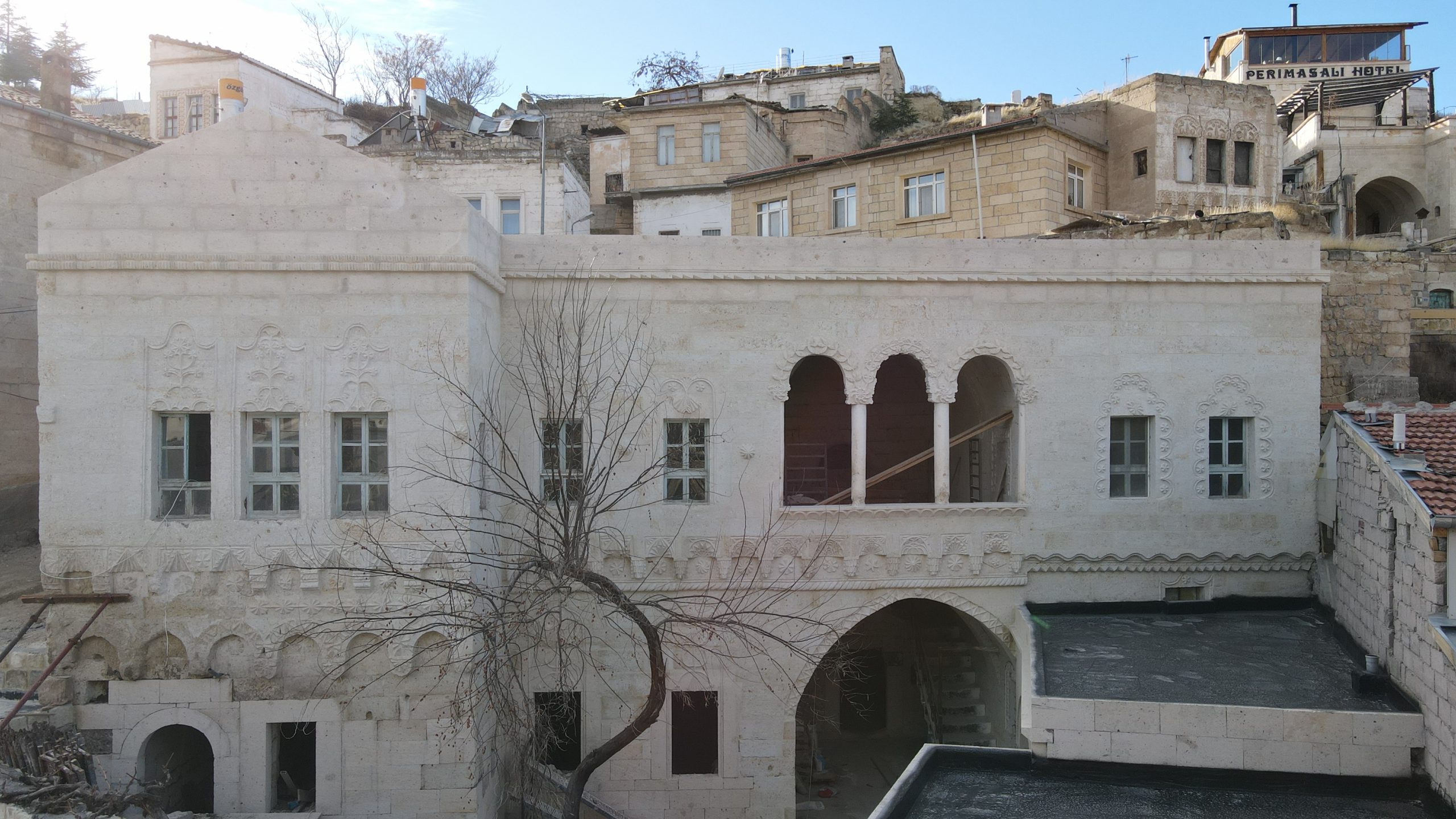 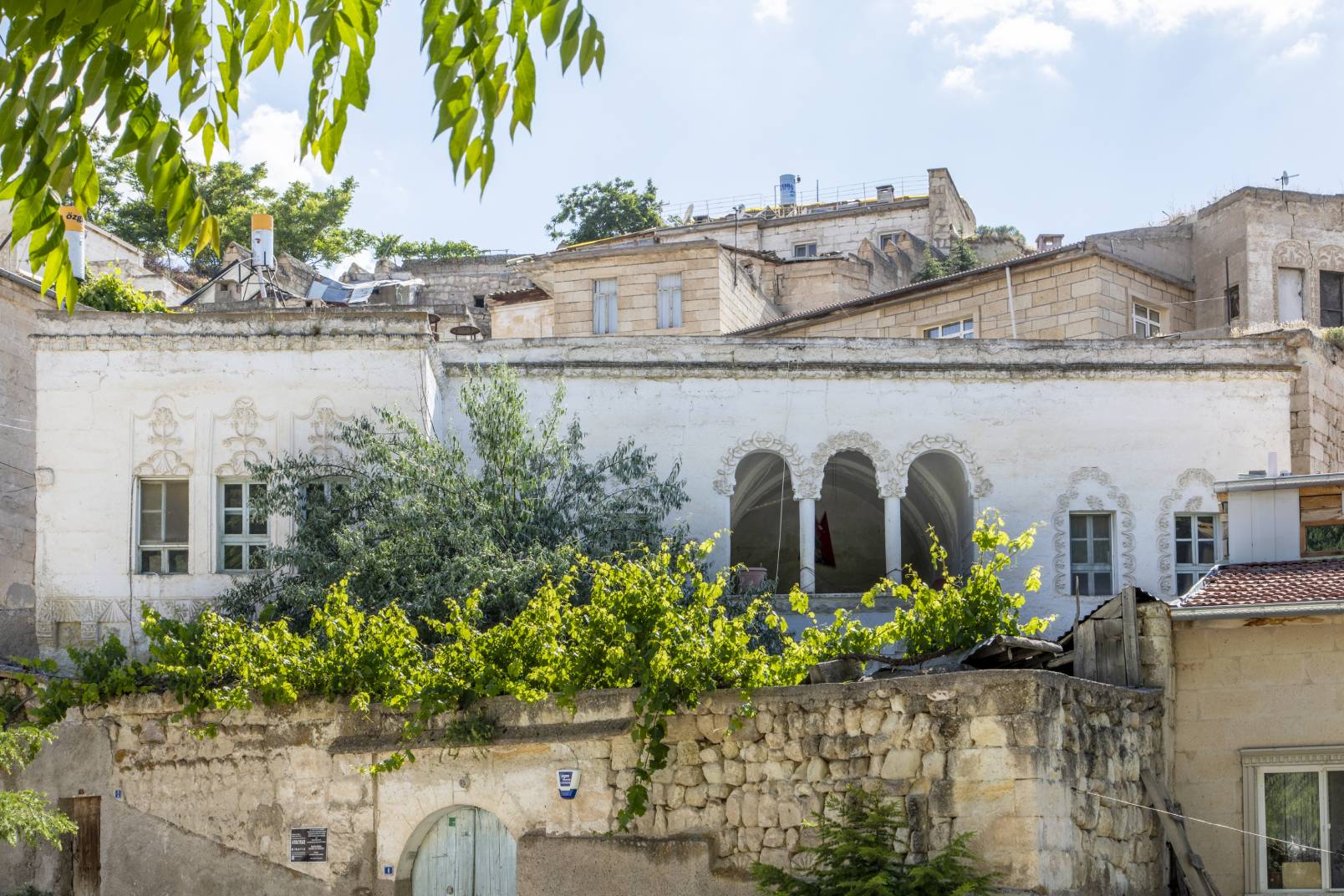 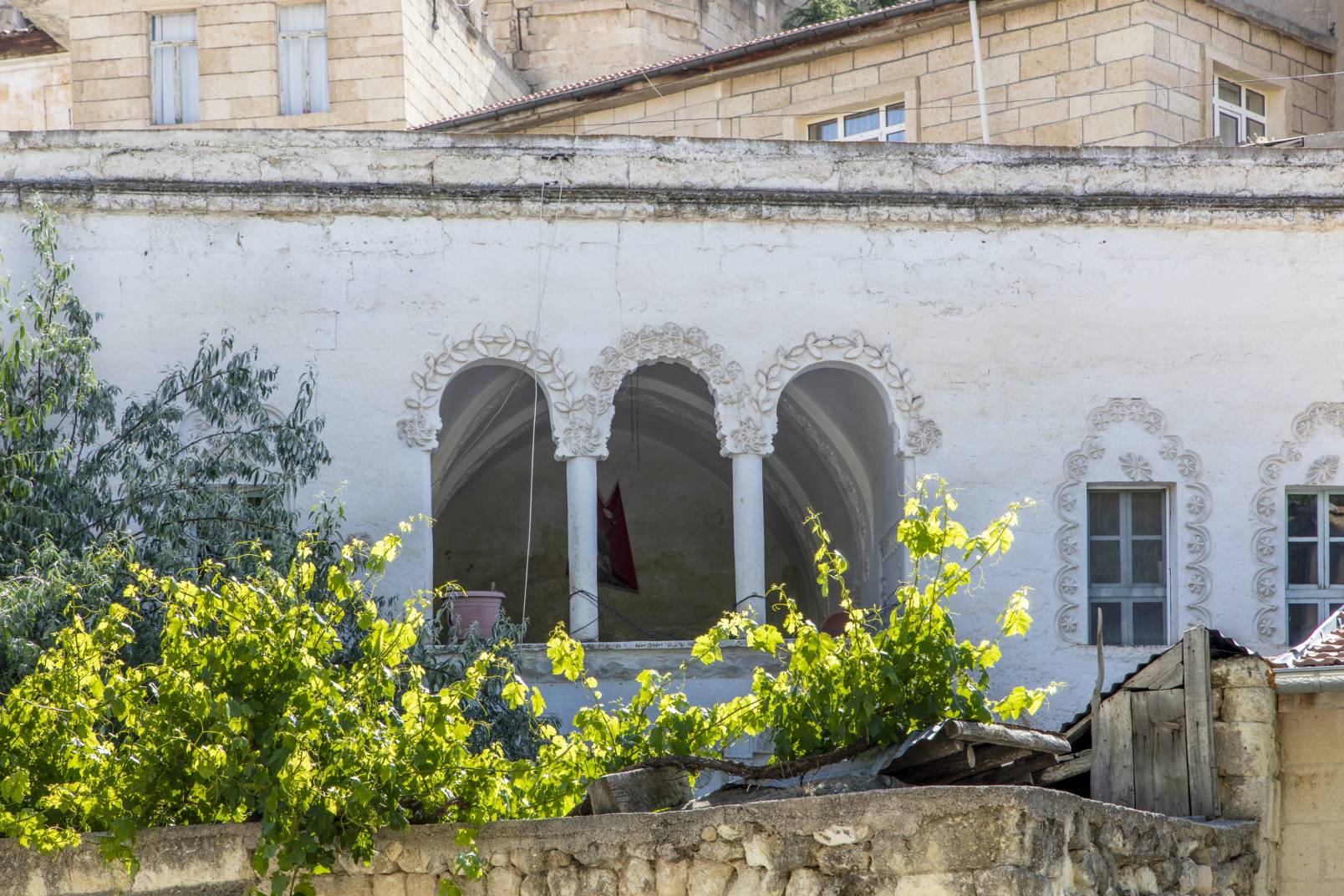 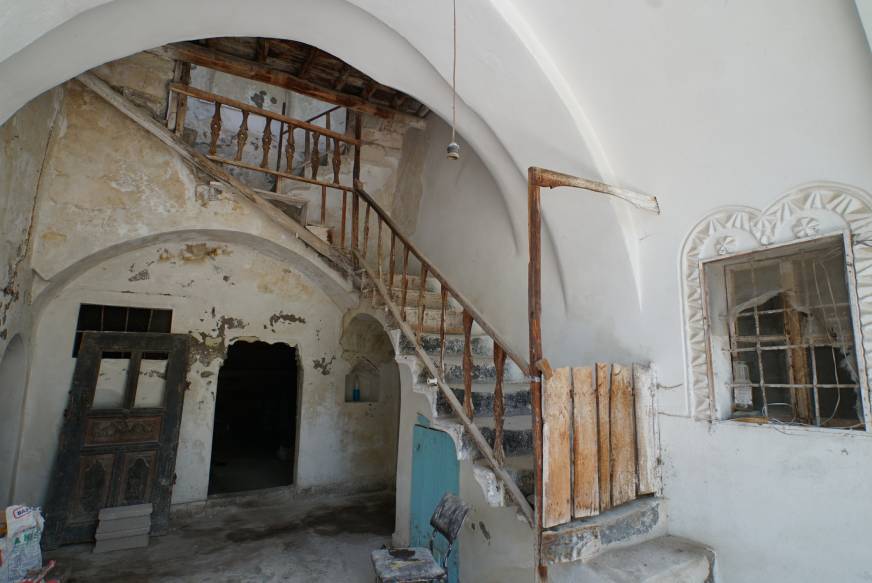 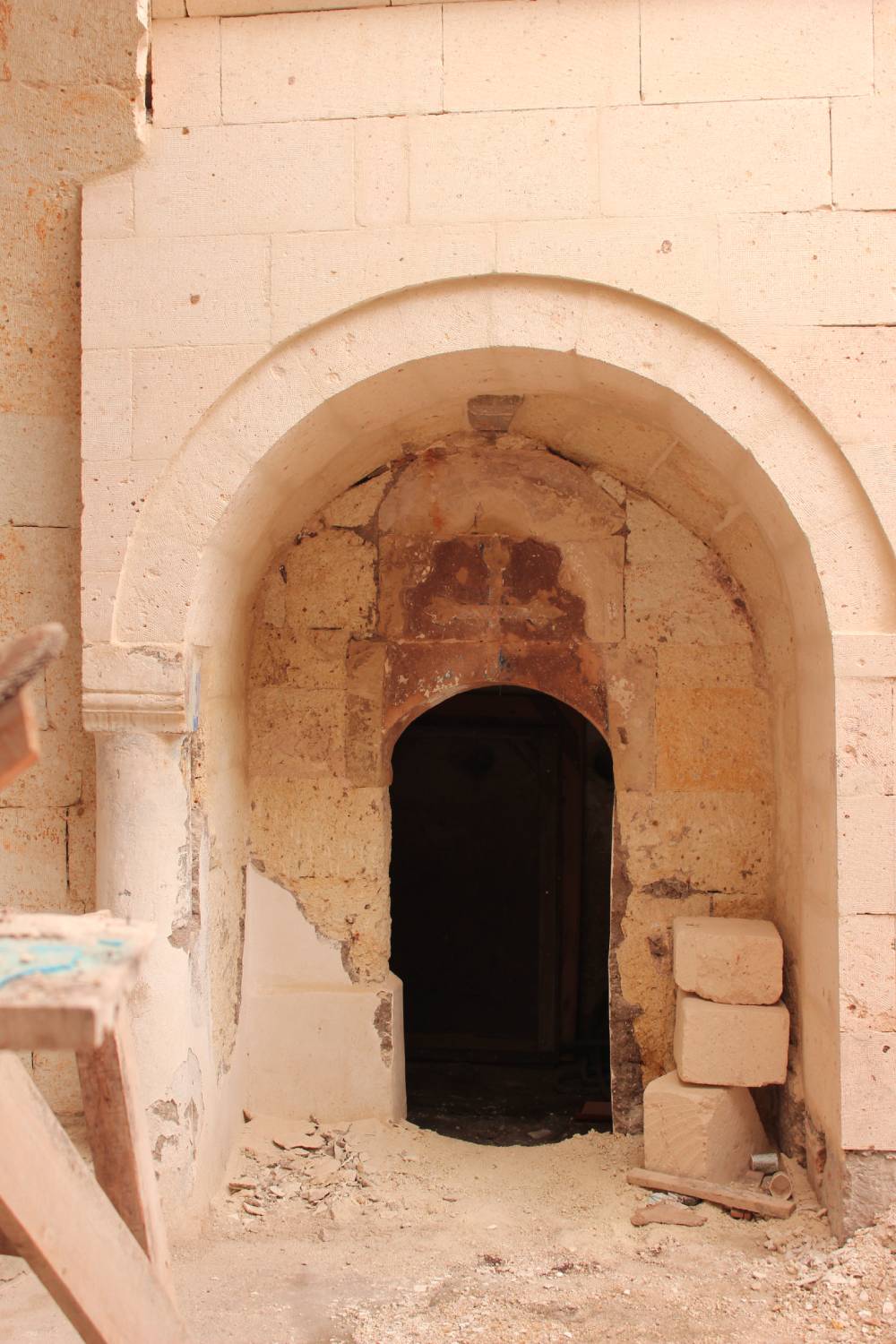 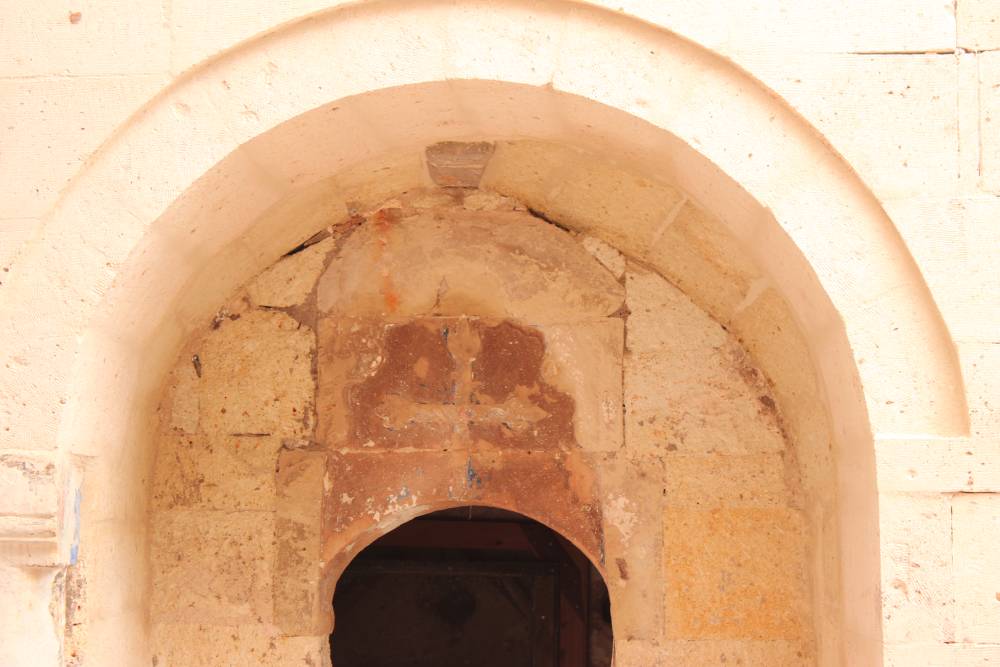 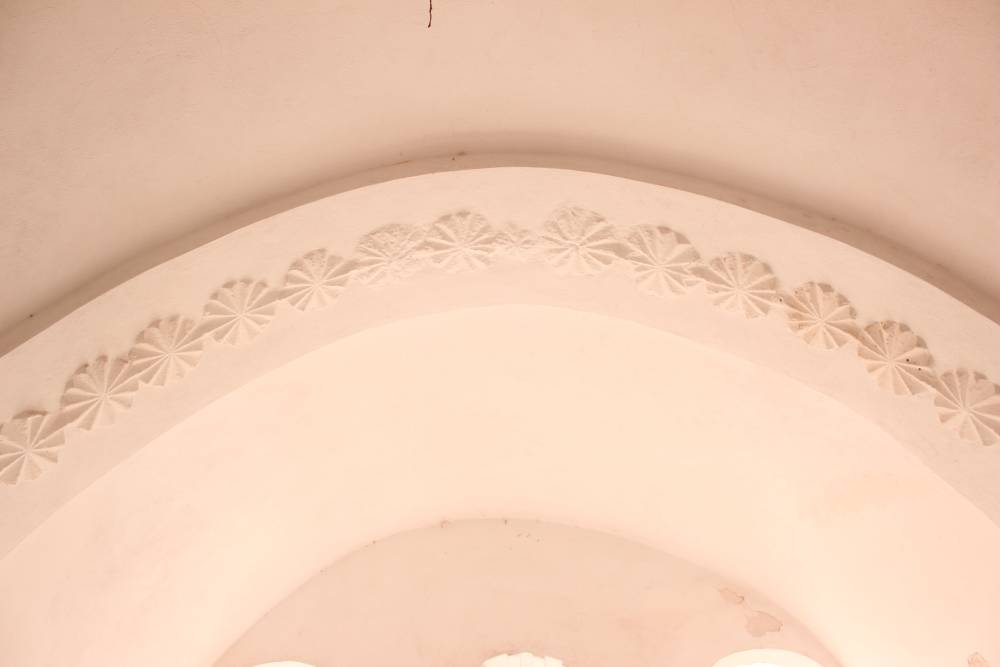 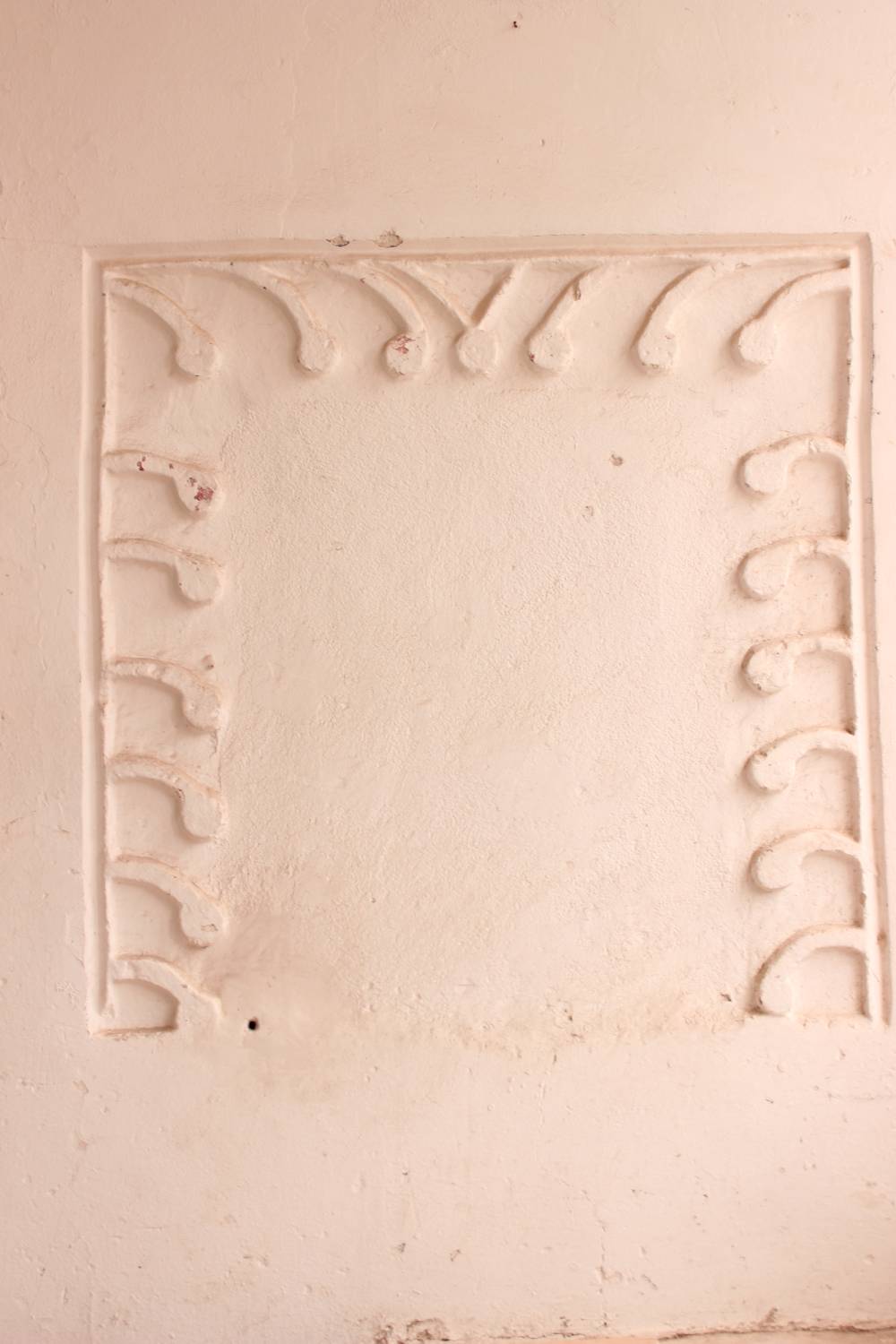 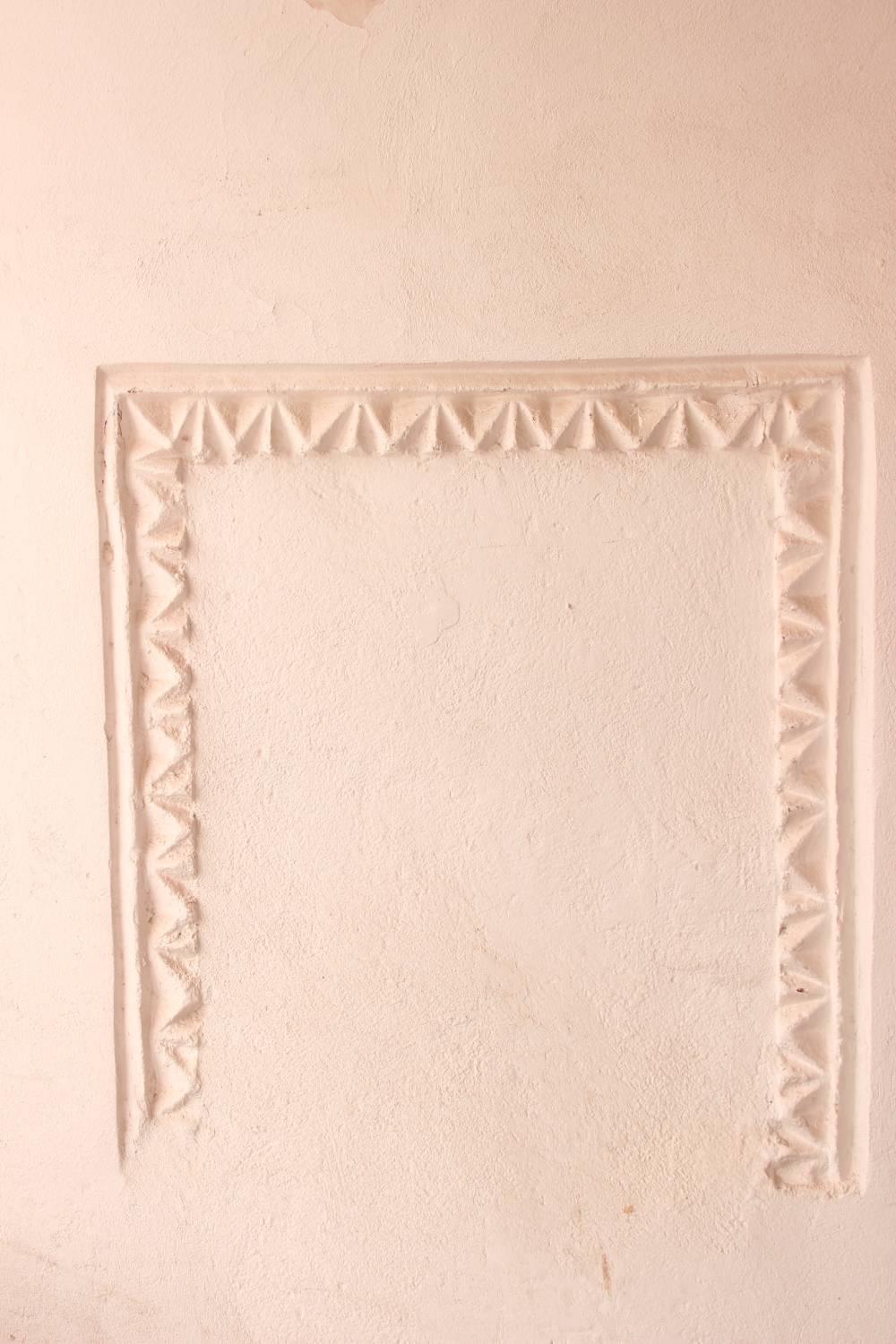 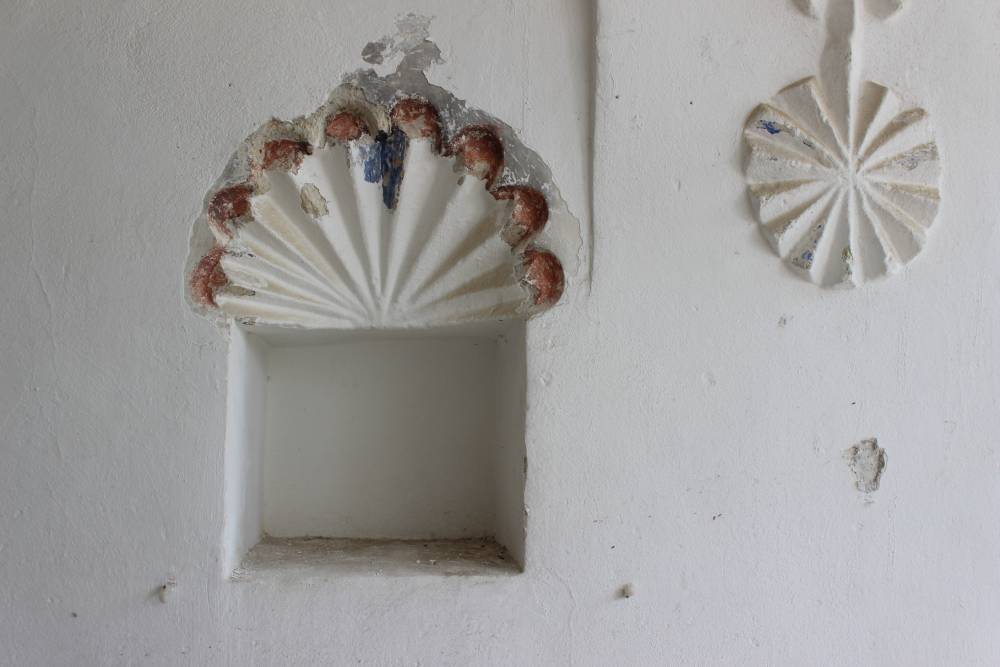 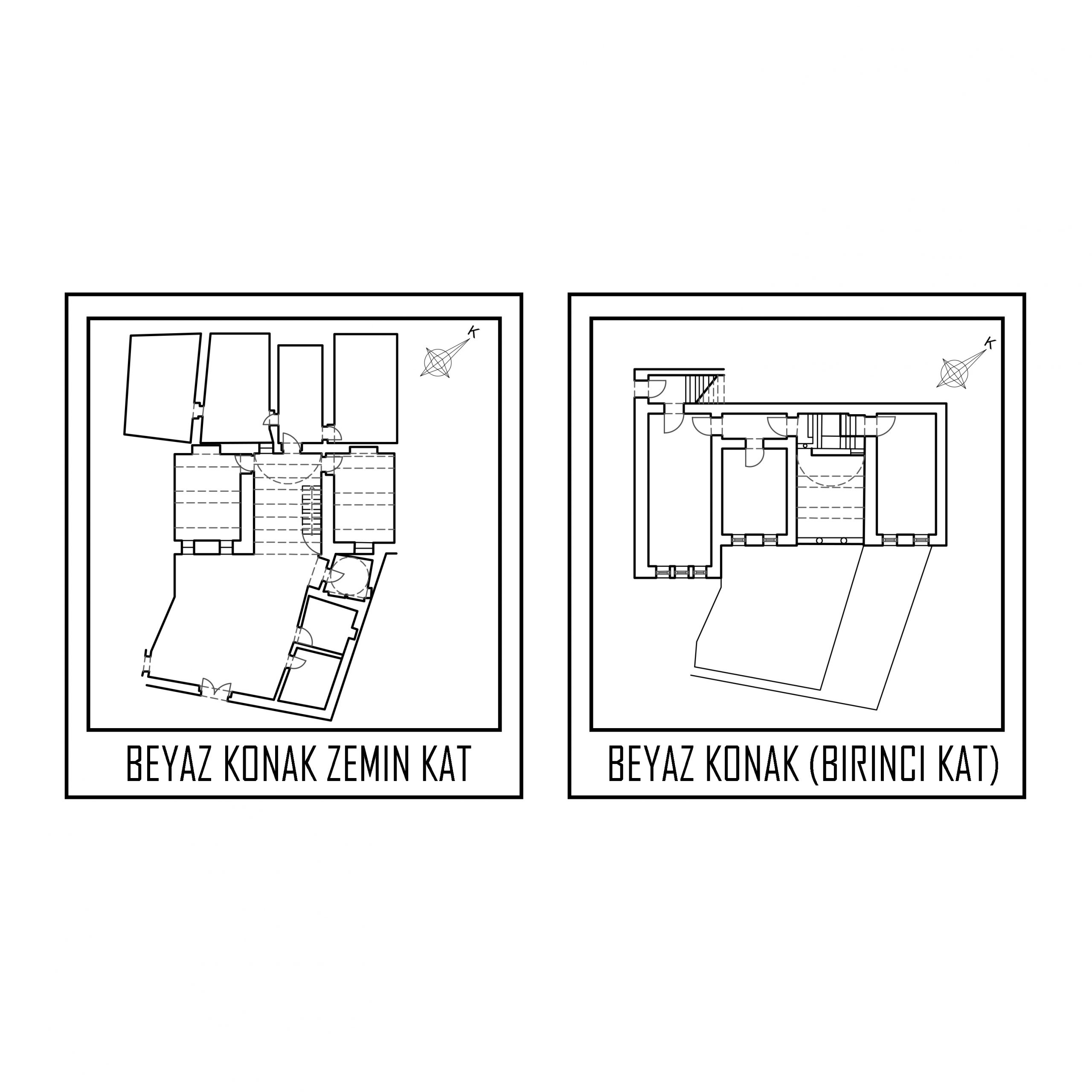 The mansion was built in 1880–81 by a Rum named Çoka. After the population exchange, İbrahim Yılmaz and his family settled in the mansion and lived here for many years. Known as the “white mansion” by the villagers due to its exterior color, the building is now privately owned and will function as a hotel. The two-story building with a deck roof has a rectangular.

The door on the east facade leads to an open courtyard. On the northwest facade of the courtyard is a well-preserved chapel with a cross relief above its door. The mansion walls were built from stone using masonry techniques, and wood and iron materials have been used on the door, ceiling, and window elements initially. On the upper story of the building features a “veranda”, one of the most important and characteristic places of traditional Ottoman house architecture. This semi-open area on the facade of the building has added mobility to the facade with cylindrical columns and three semi-circular arches.

Architectural plastic ornaments on the arches and around the windows, almost like lace, reflect a fine example of stone carving by skilled stonemasons working in the region. The arched pavilion structure, which was built later and associated with the building, across the entrance door of the mansion, has a “pavilion” style, which was common in the village before the population exchange and were used as music halls.