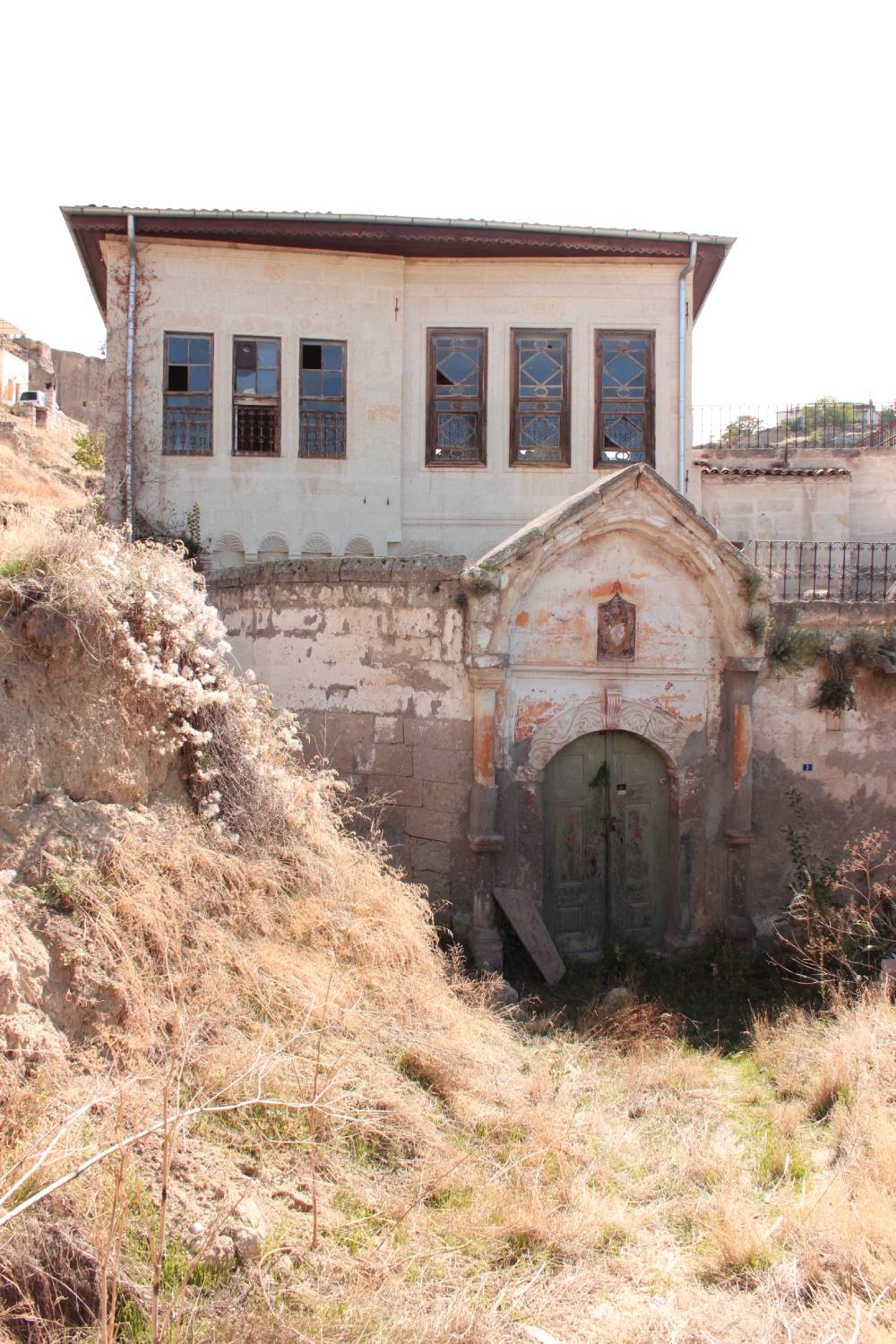 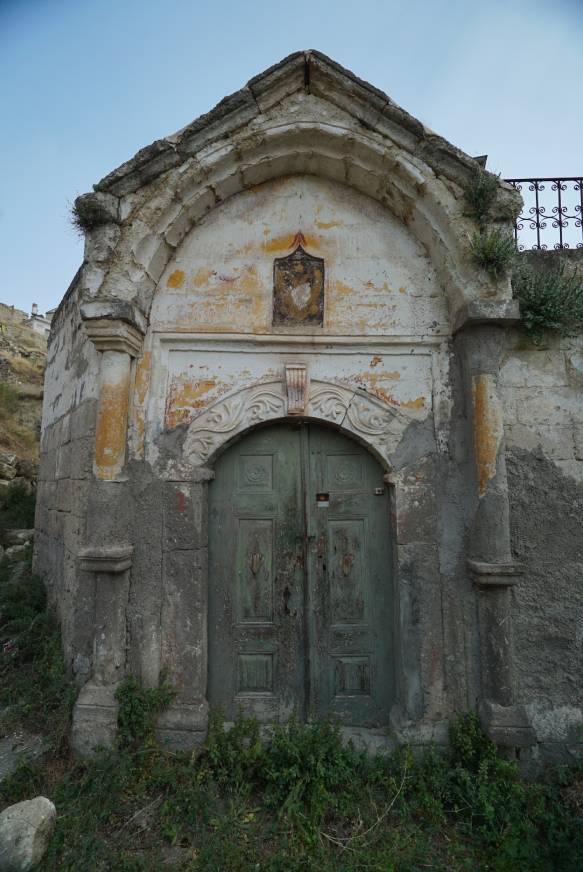 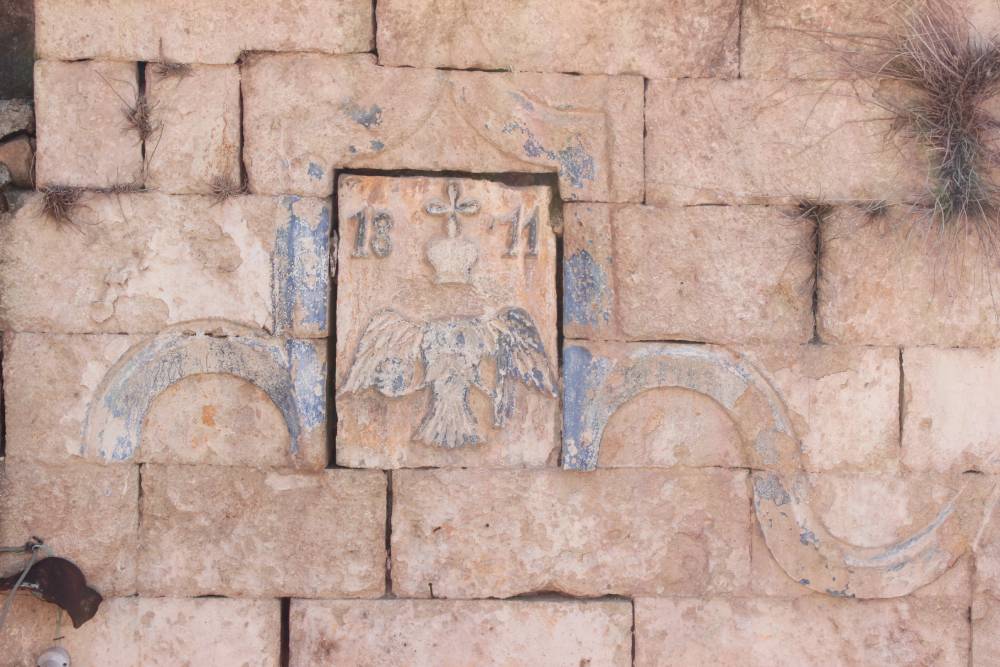 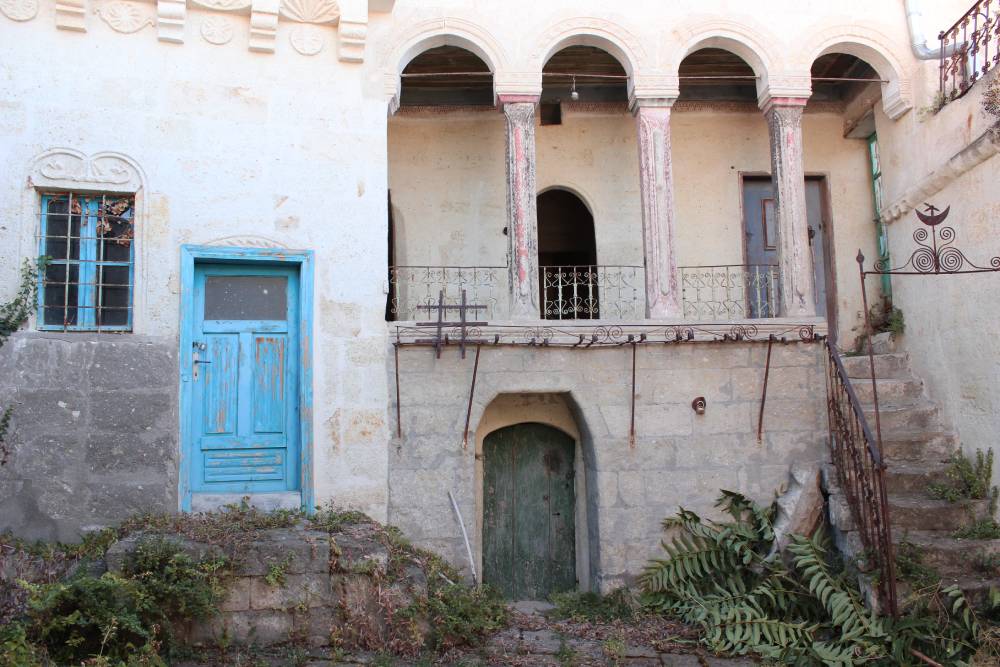 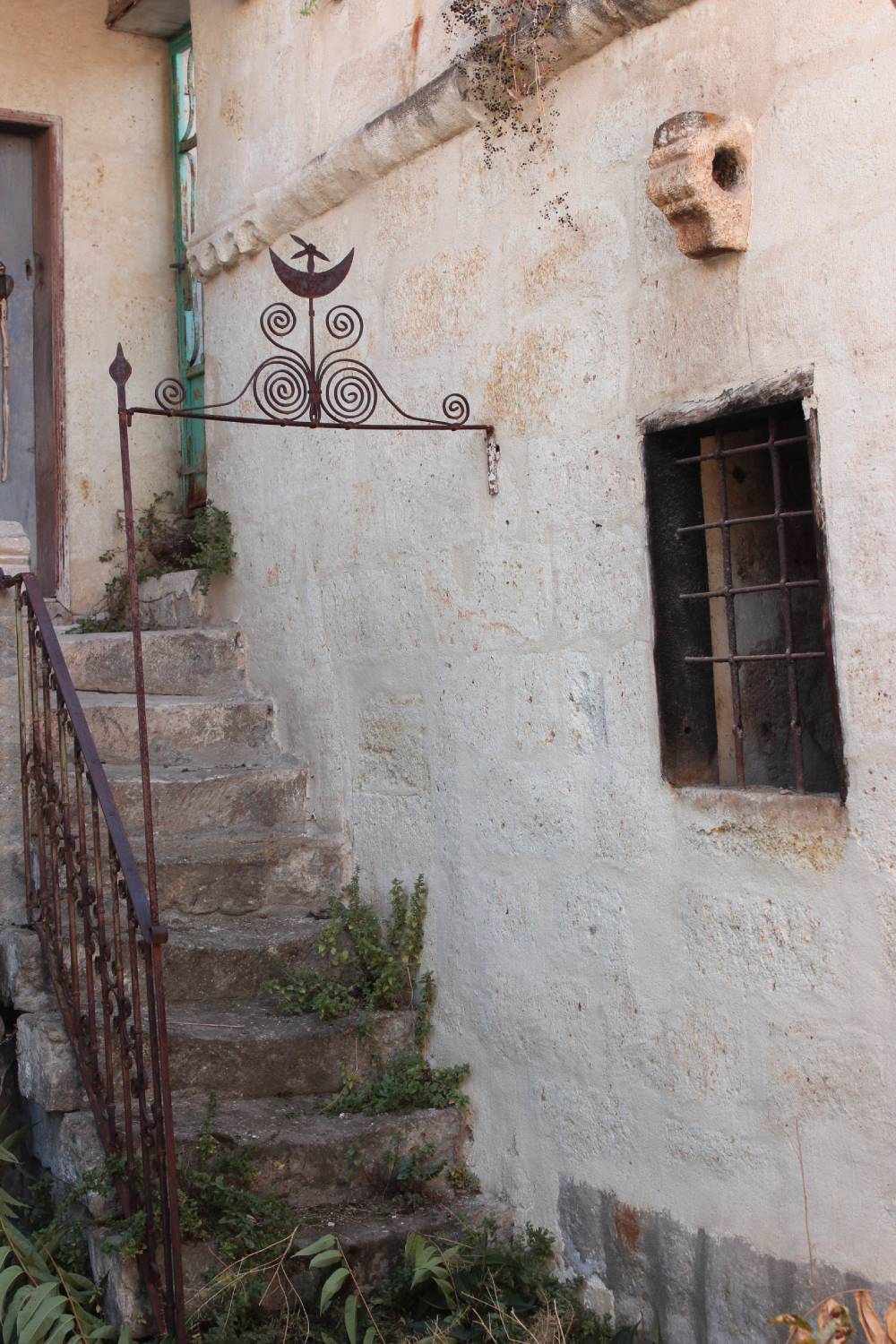 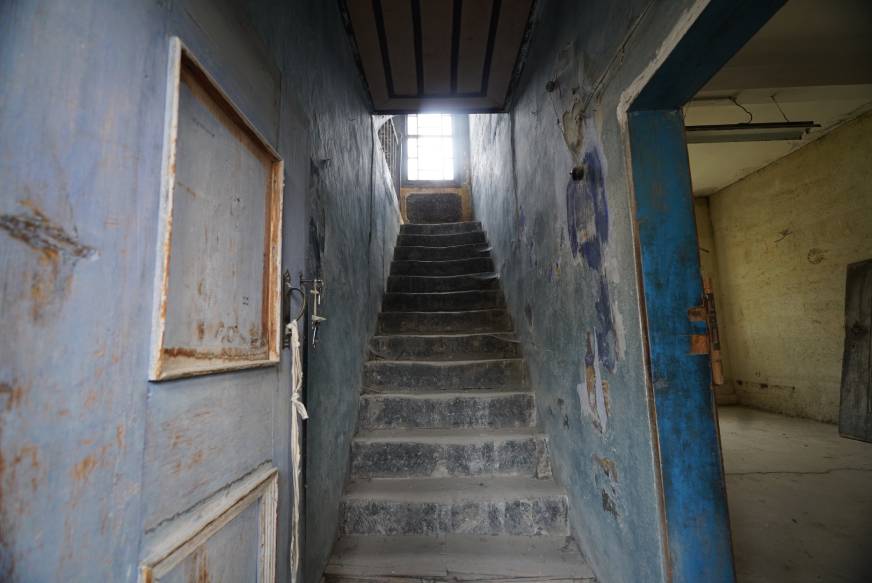 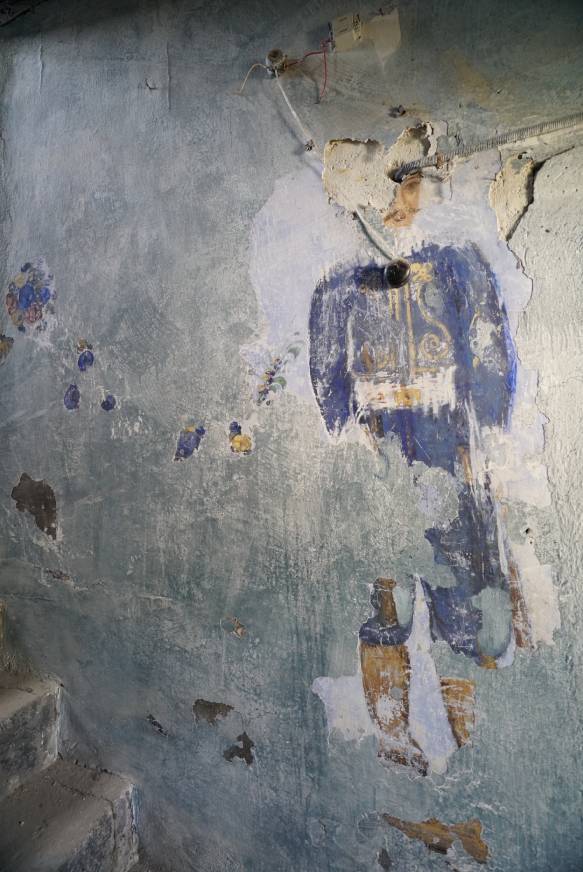 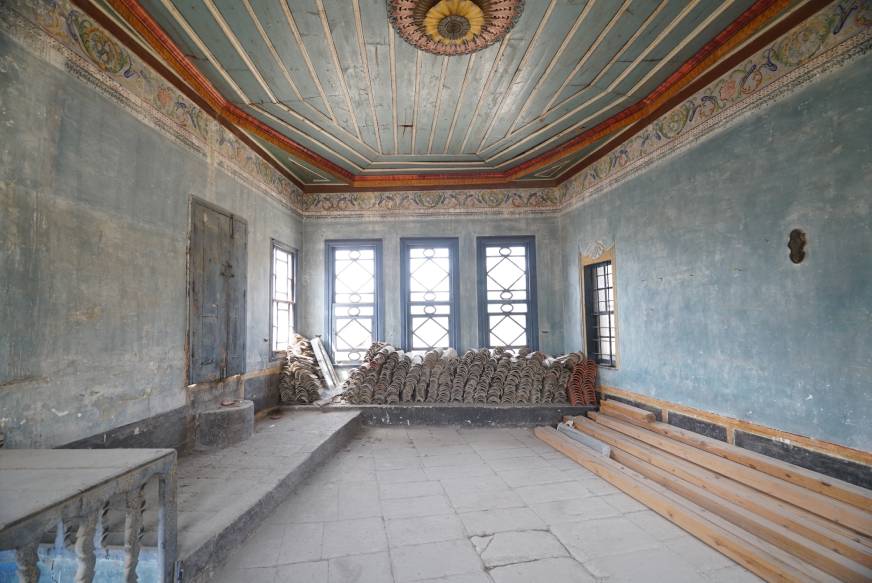 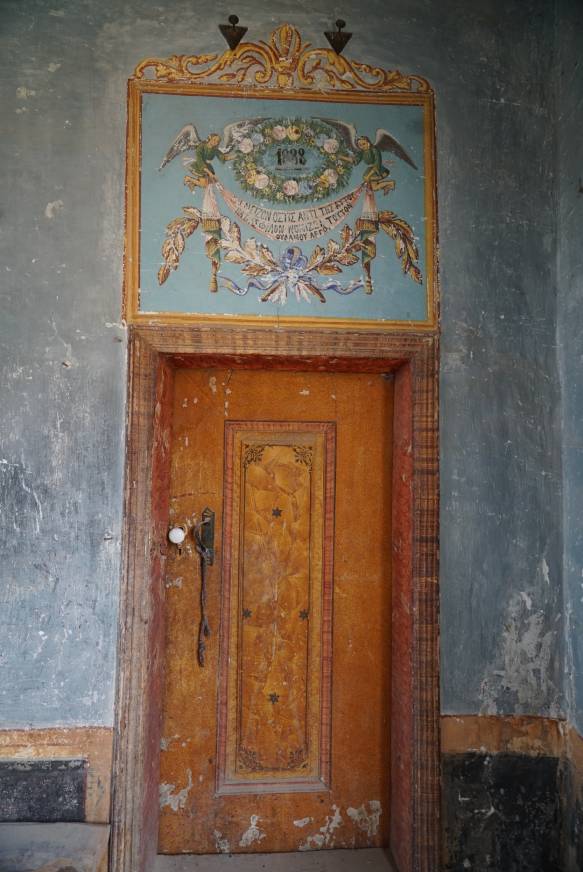 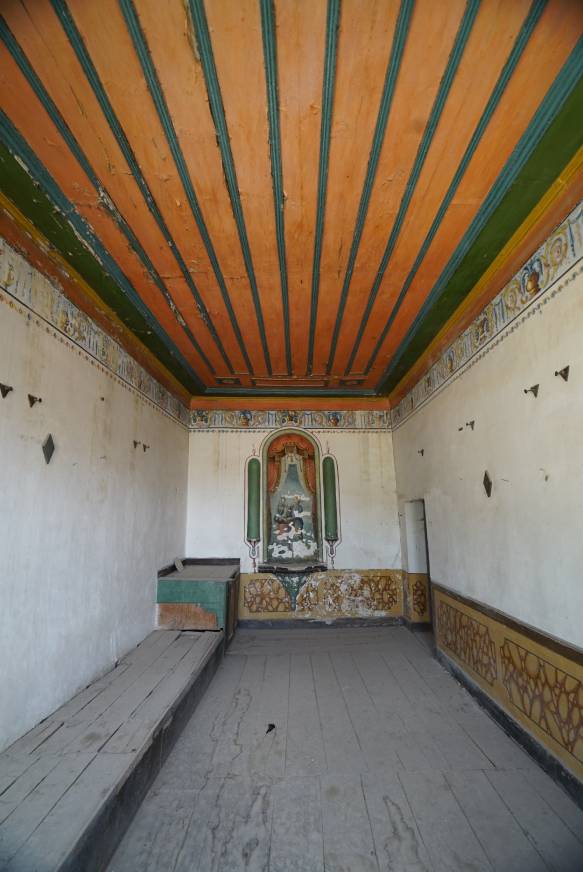 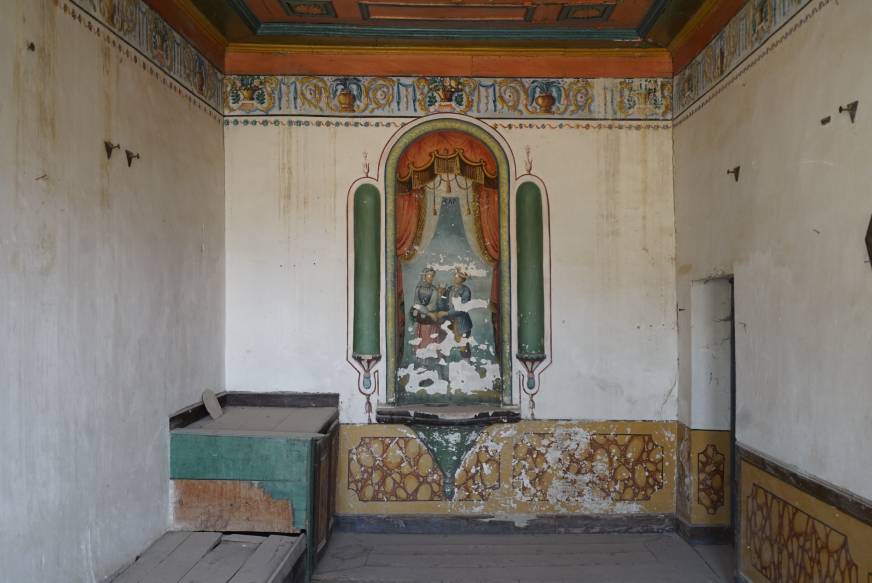 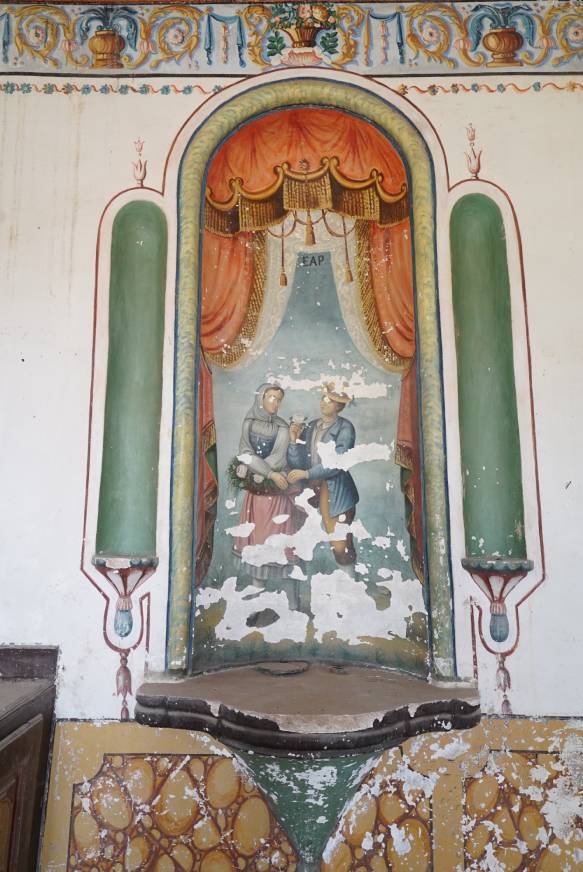 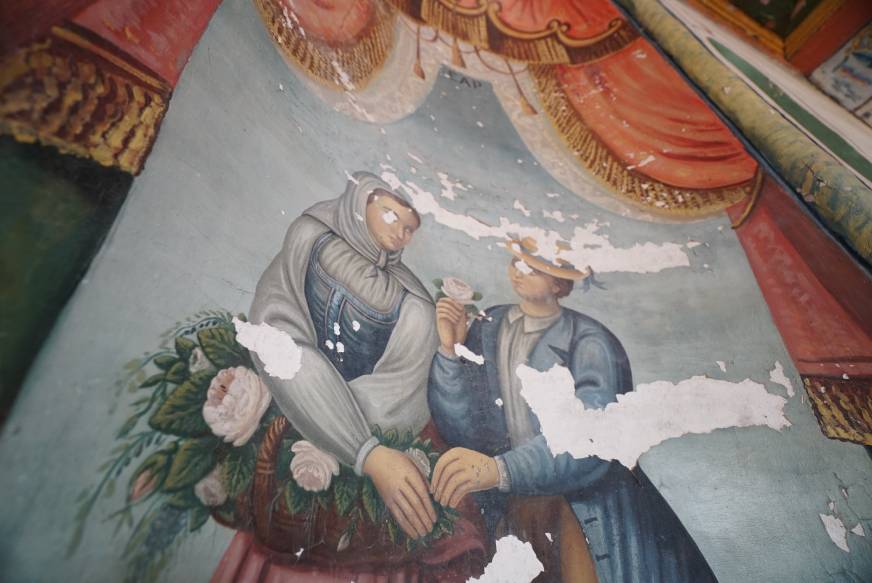 The mansion was built in the second half of the 19th century by “Kalleş” Vasil. It was used as a house by Hürşit Başoğlu and his family, who migrated from Thessaloniki after the population exchange. The family had lived in the mansion for many years. Today the house is called with the family’s surname. Afterwards, an investor bought the house to function as a commercial purpose. It remains empty and unused. The two-story and gable-roofed building is made of two-winged wood, and the arched main entrance door is located on the west facade, and an open courtyard is entered from here.

There is a relief on the left side of the door with an eagle figure and an inscription with the date 1811. Stones on the mansion walls were built with the masonry technique; wood and iron materials were used in the door, ceiling and window elements. In the main room on the mansion’s second story, there is a mural depicting two figures in a niche decorated with tulip motifs. In the painting, a woman on the left and a man on the right face each other side by side. The phrase “EAP”, which means “spring” in Greek, is written in the upper part.

Soldier figures are depicted on both sides of the stairs leading to the upper floor of the mansion, but paint covers them. An ornament on the entrance door of the main room of the mansion is accompanied by an 1888 inscription in Greek: “If someone thinks that he is loved more by someone other than his family, then I have nothing to say. What can I say?”