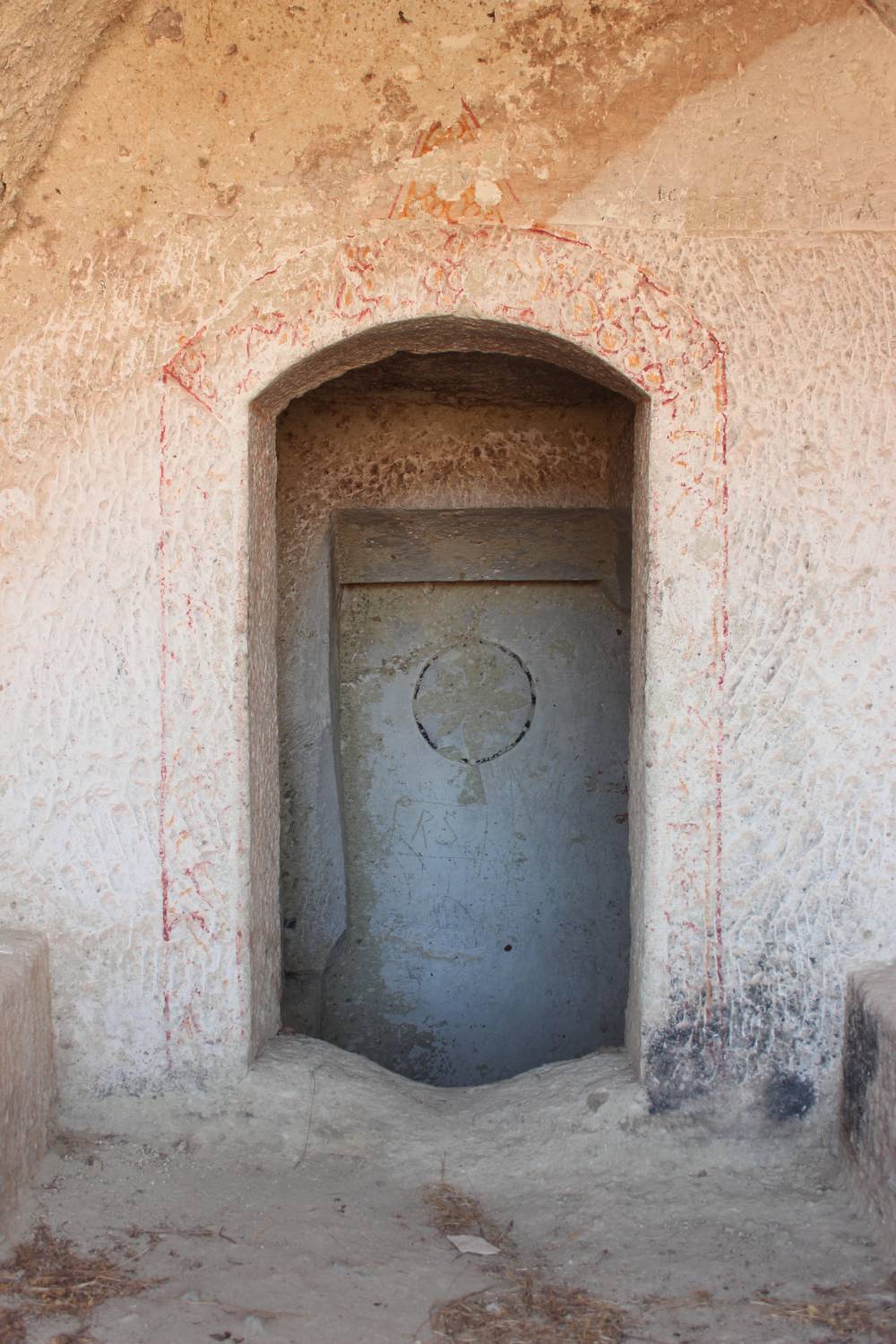 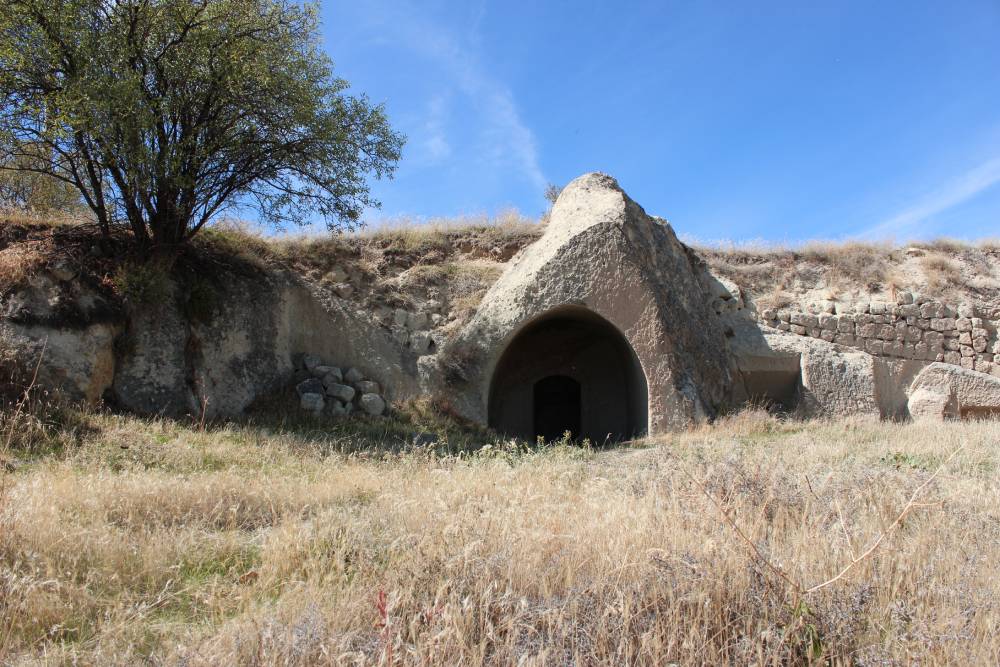 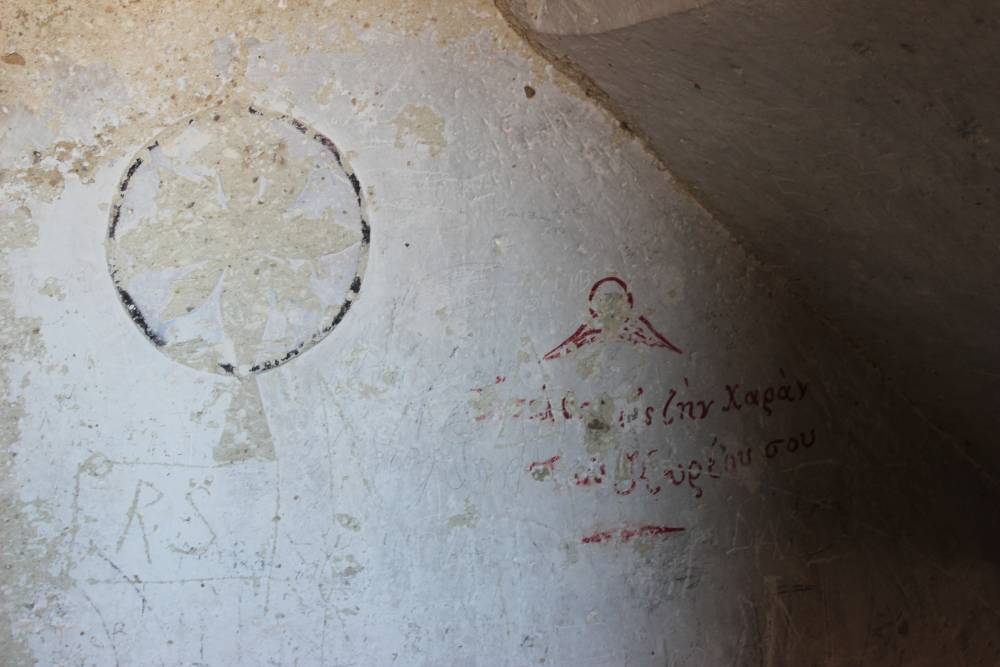 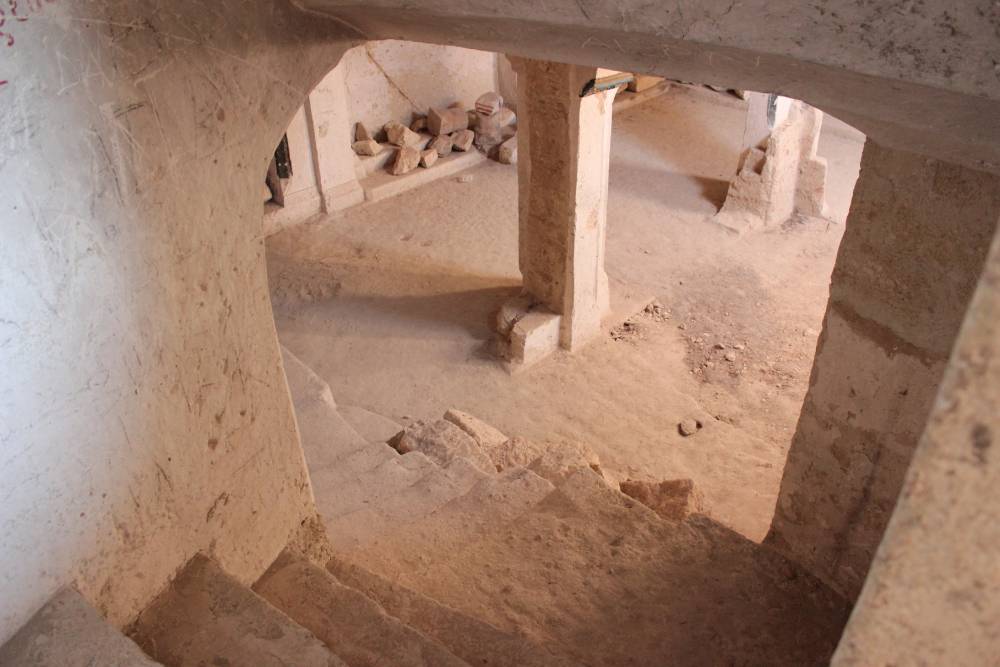 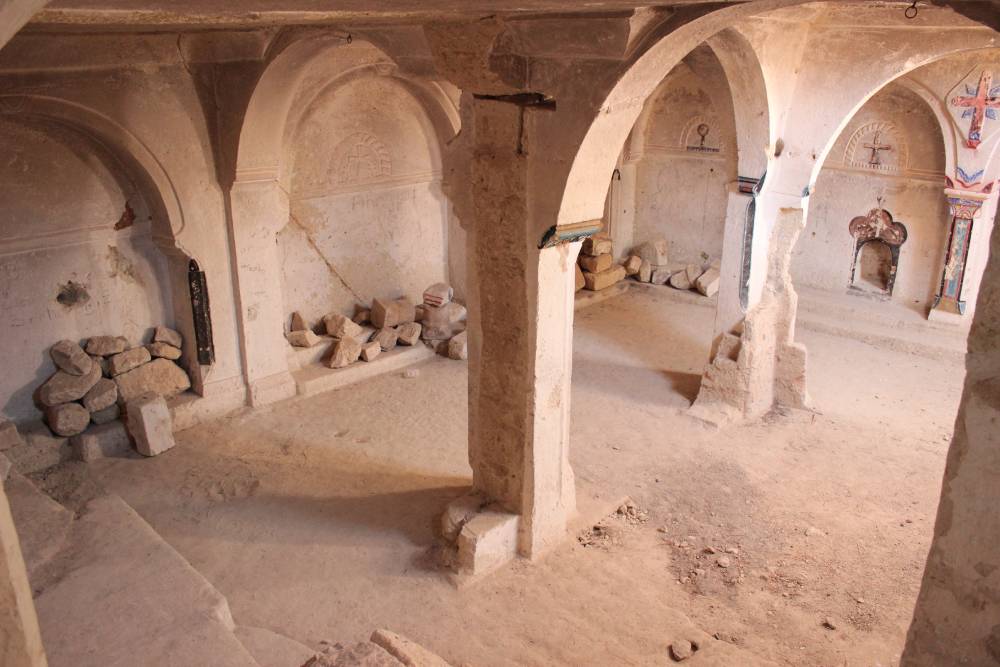 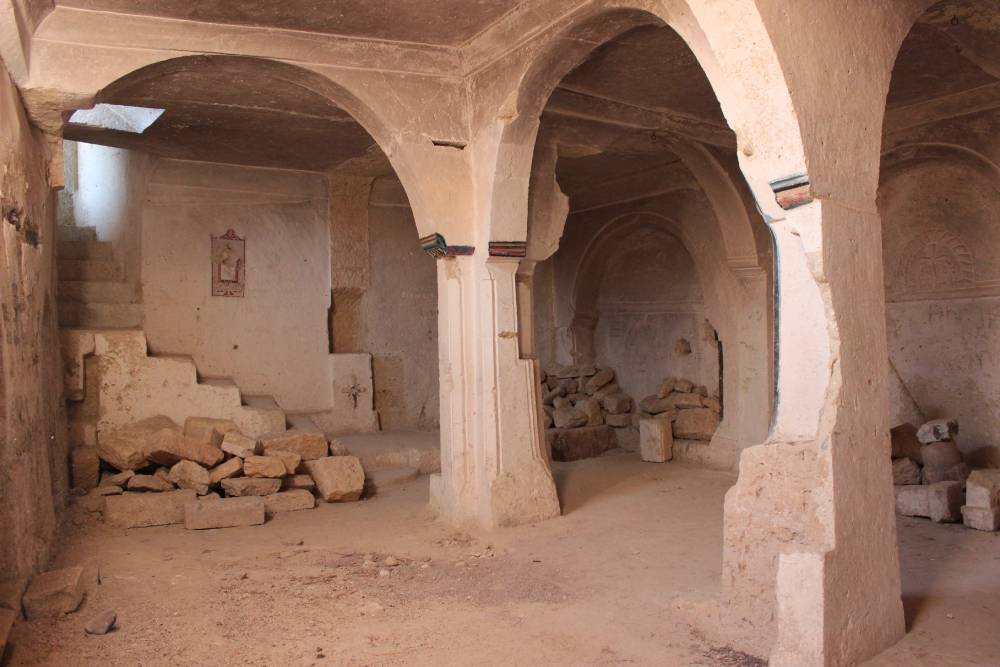 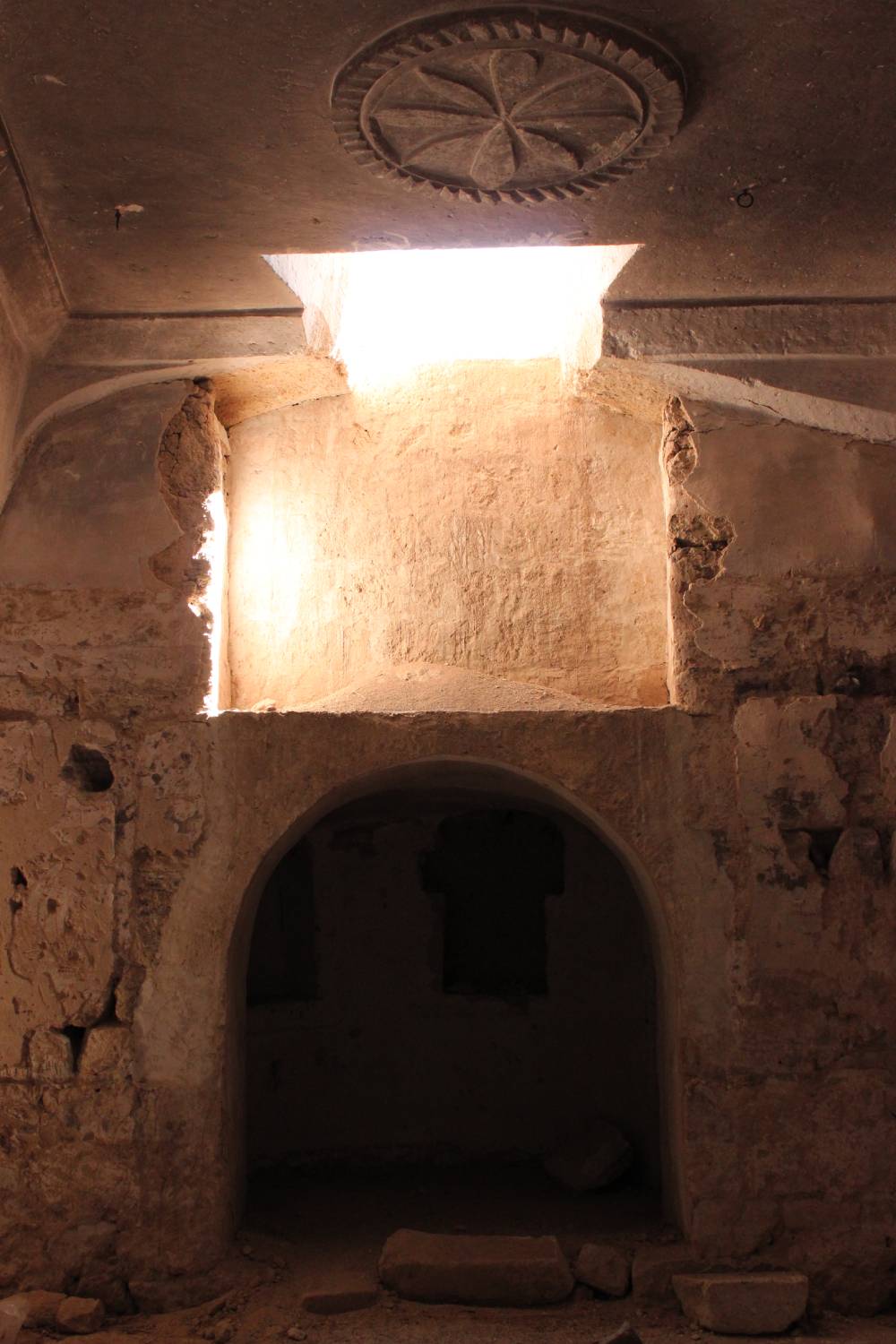 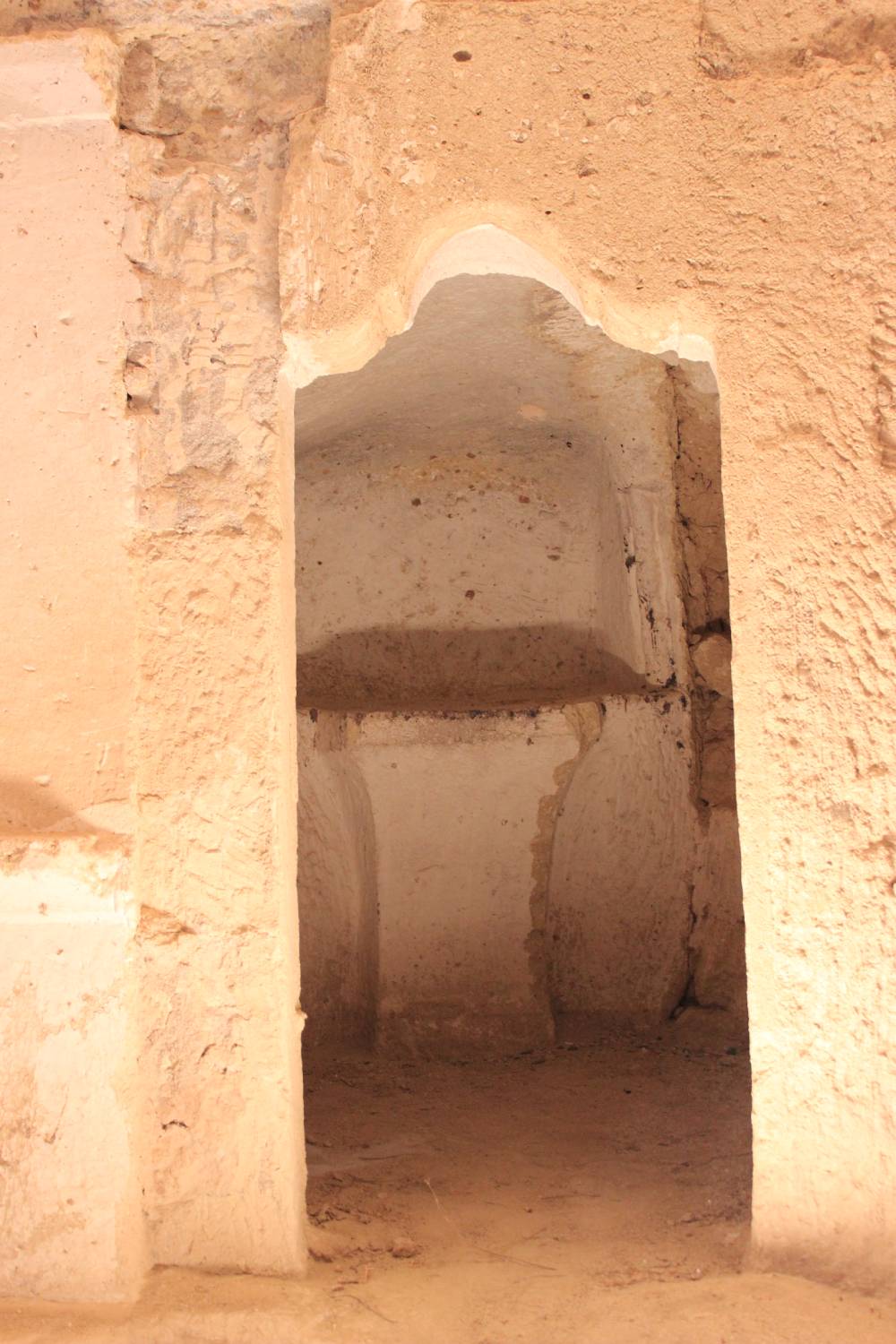 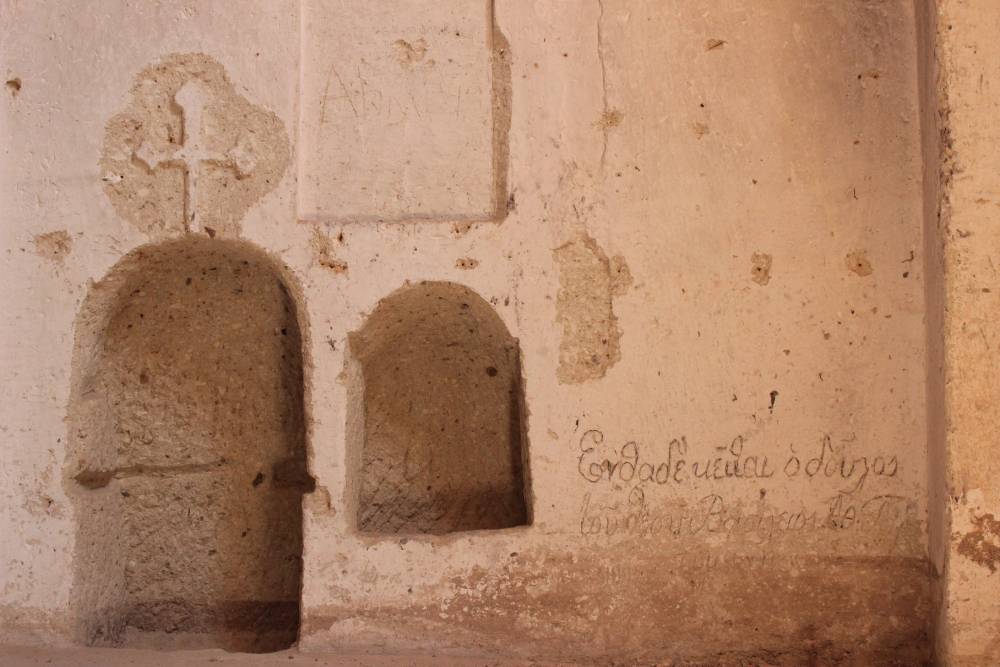 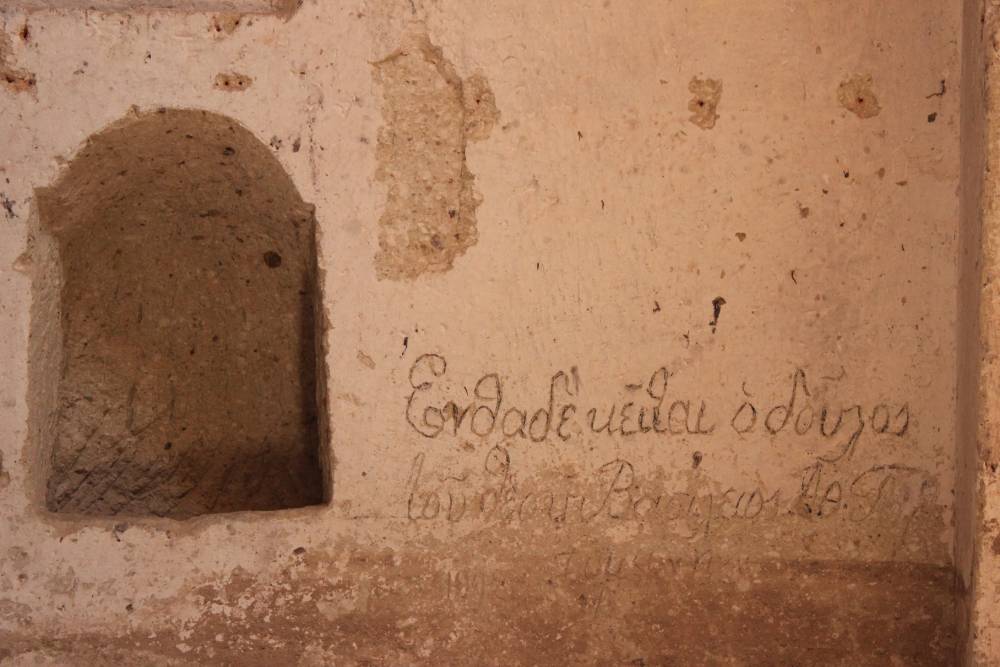 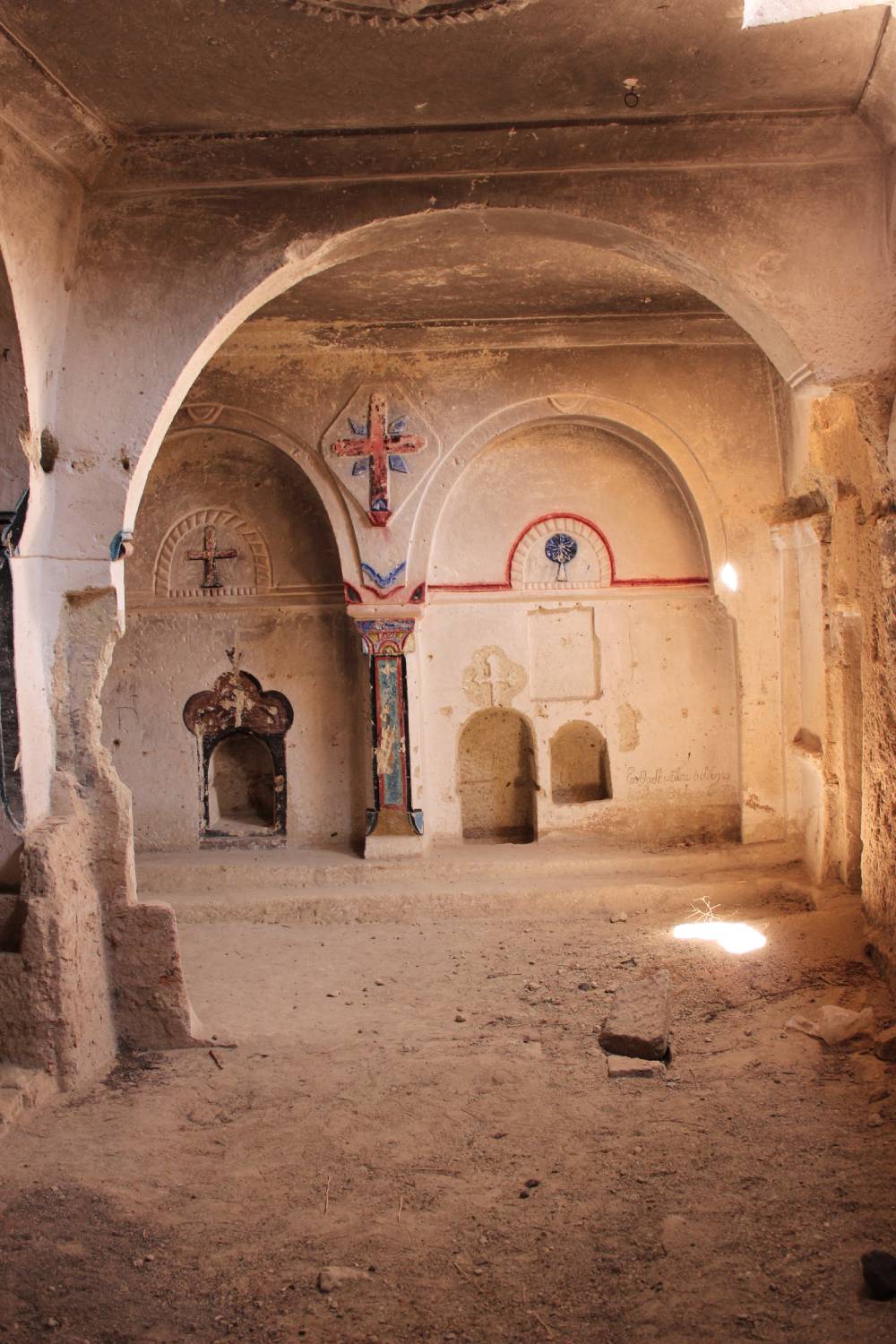 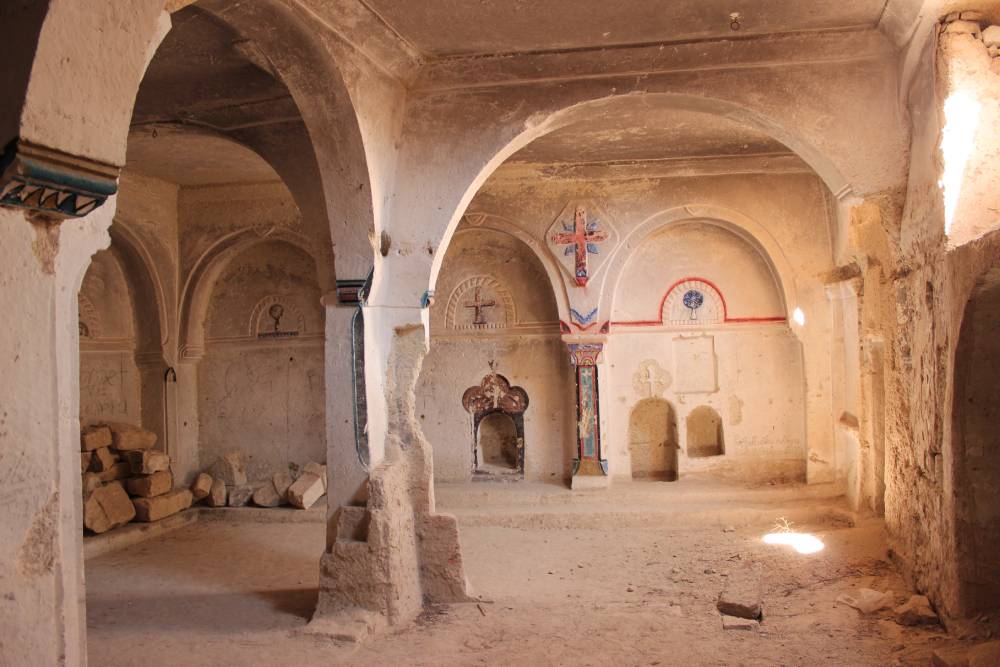 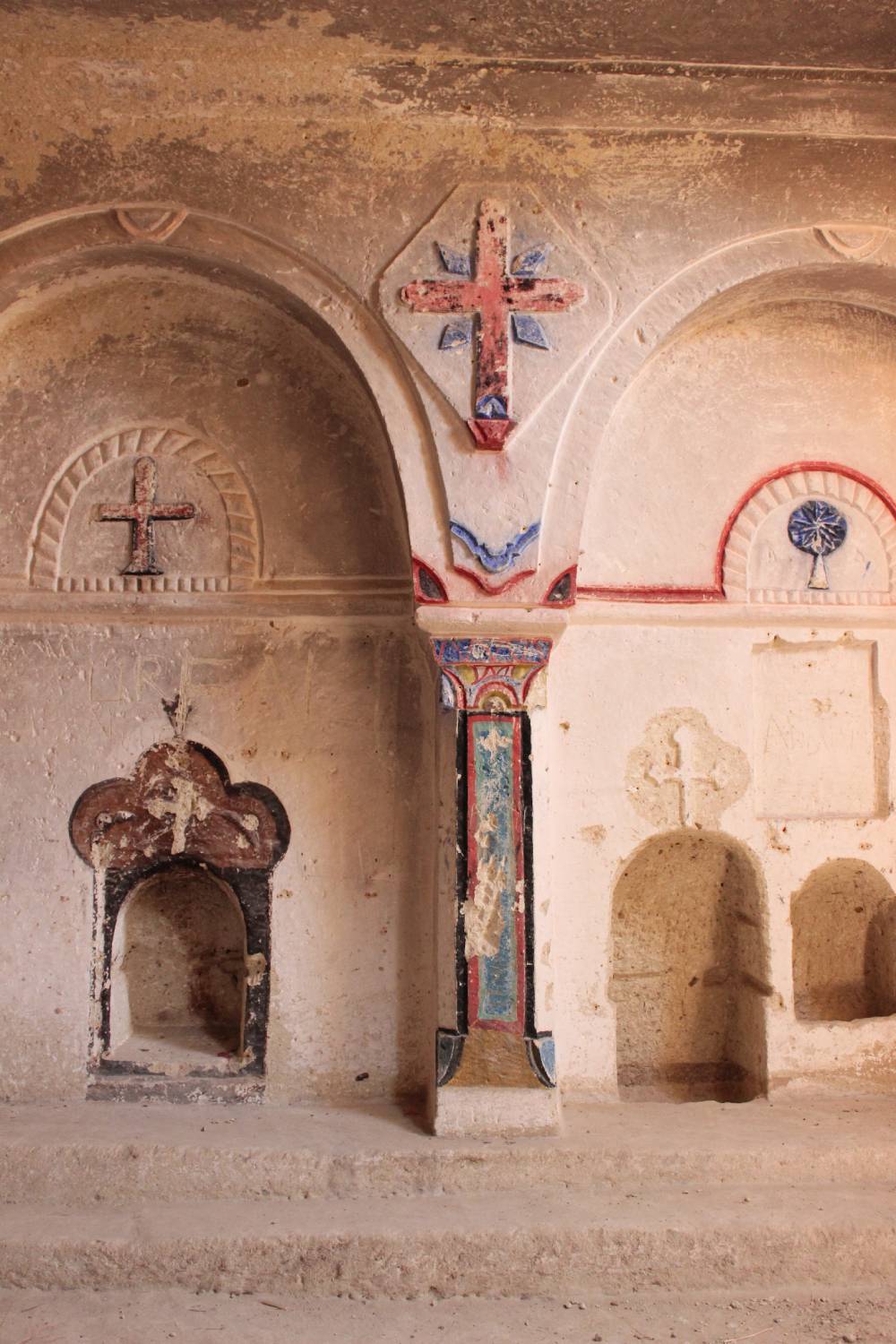 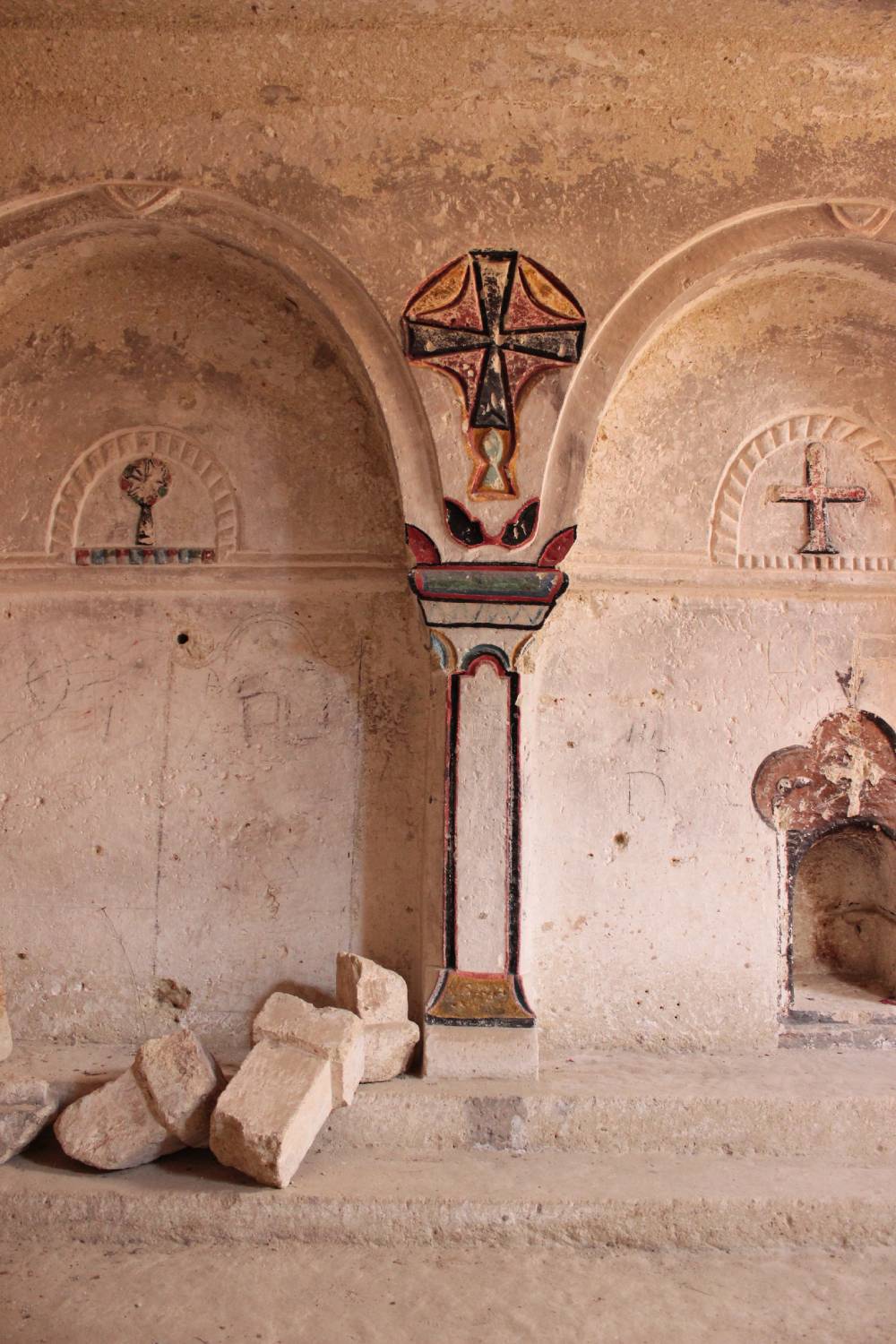 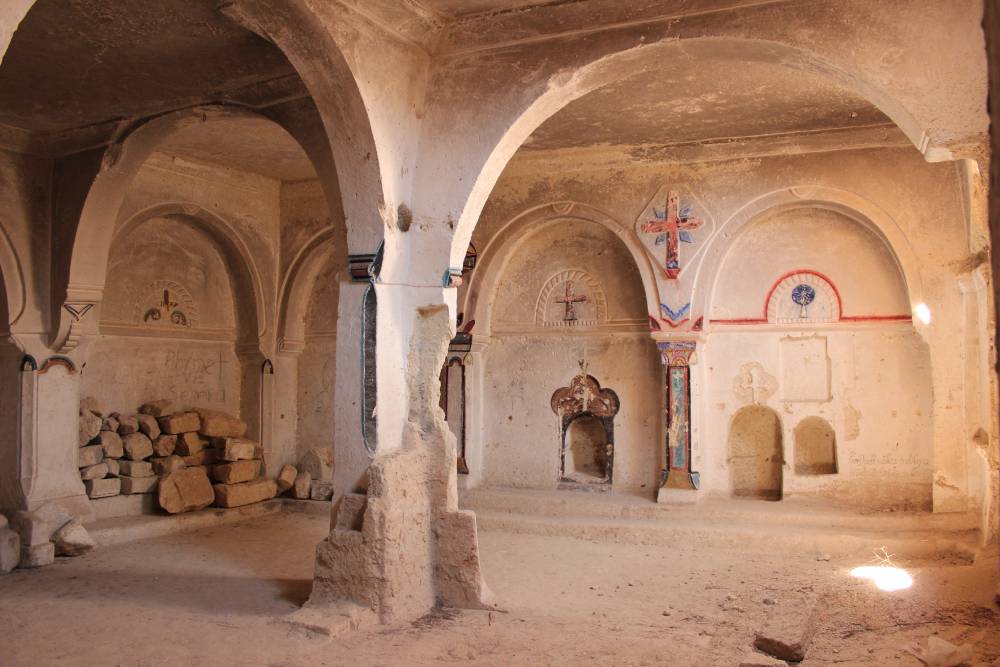 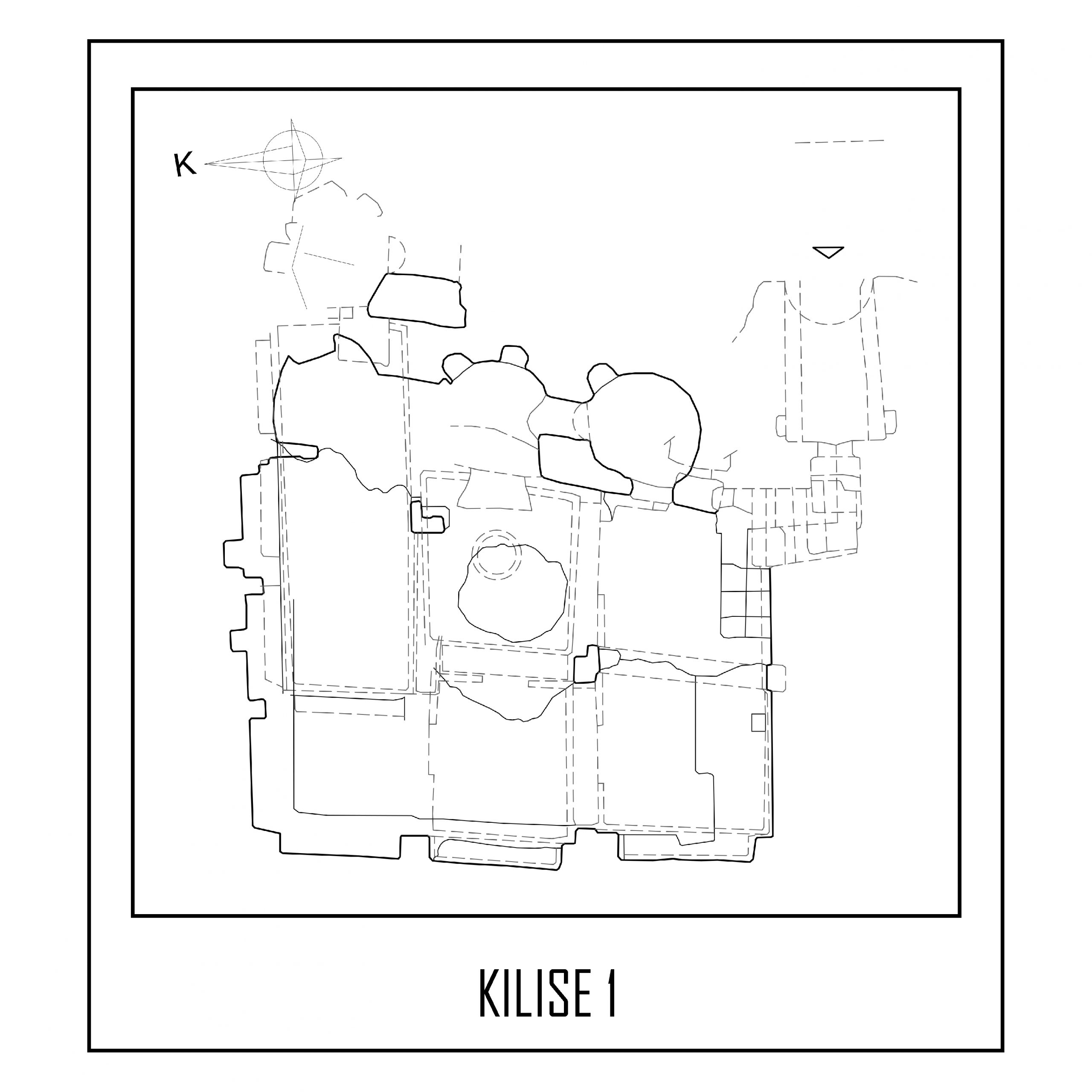 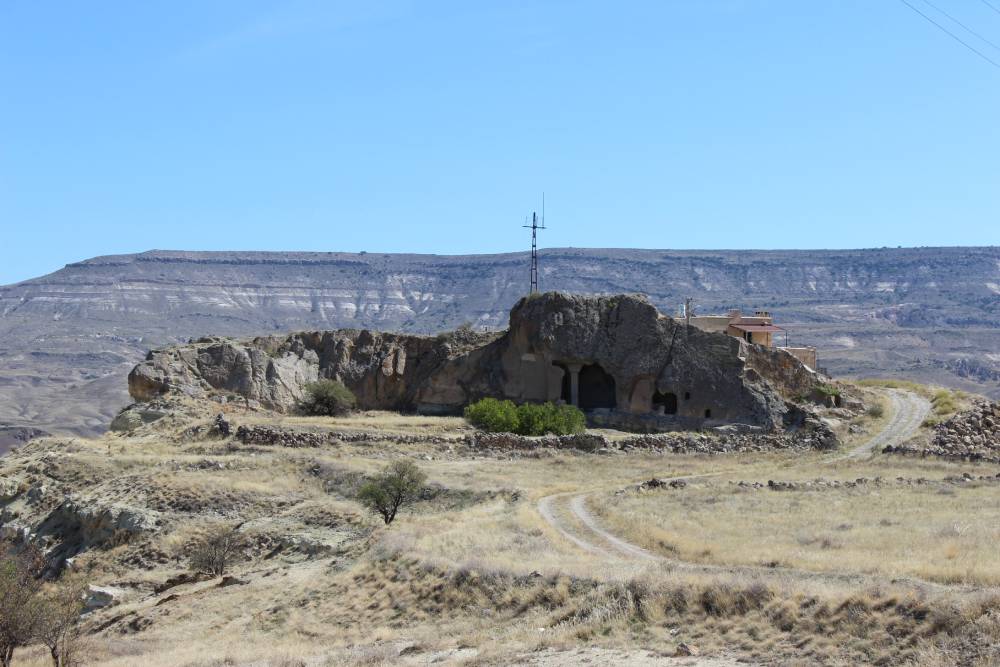 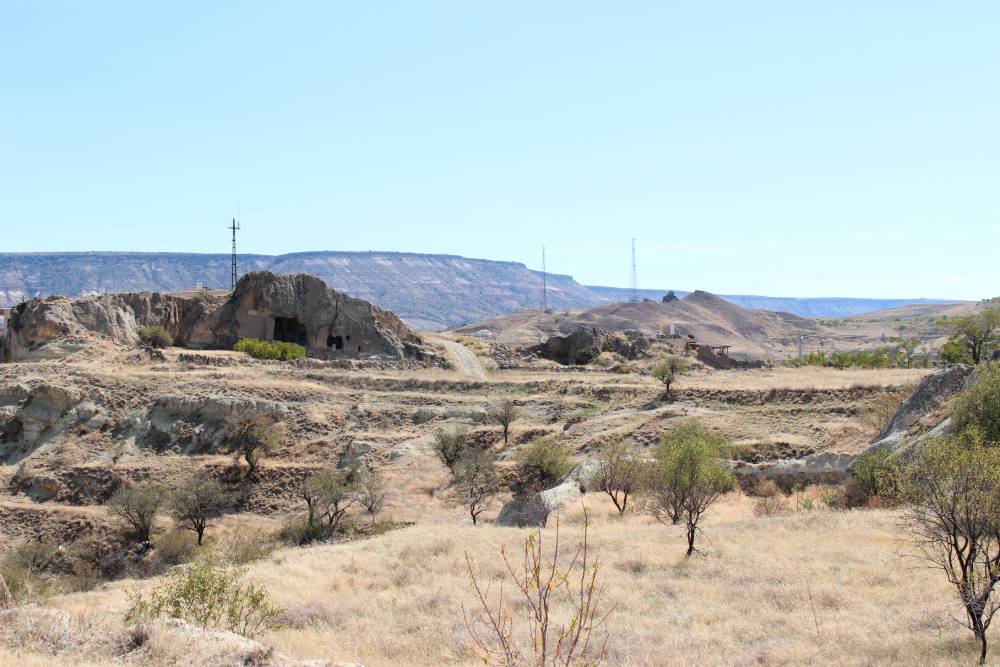 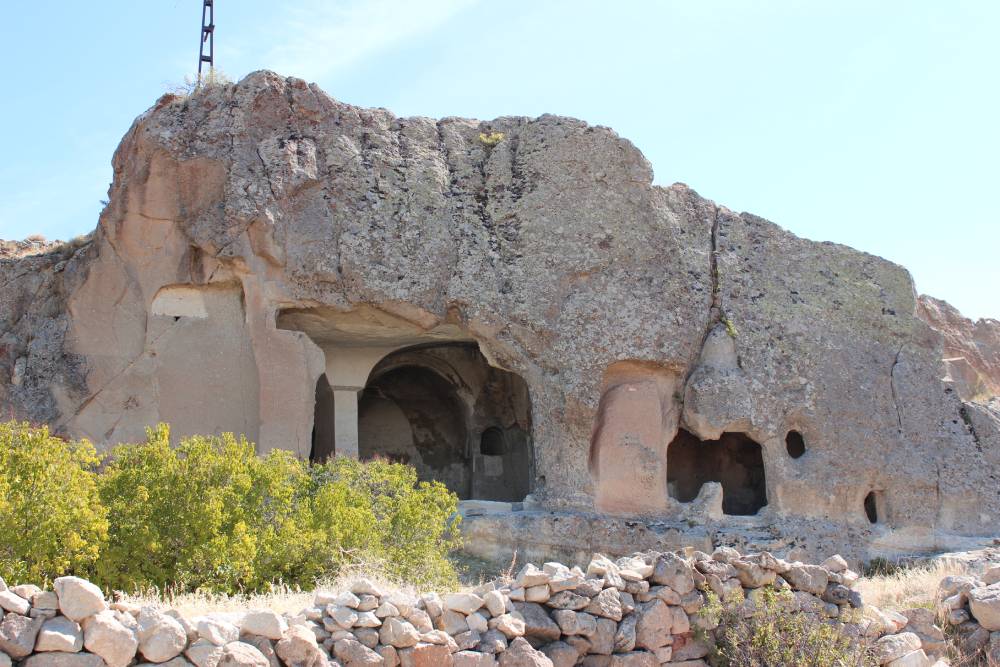 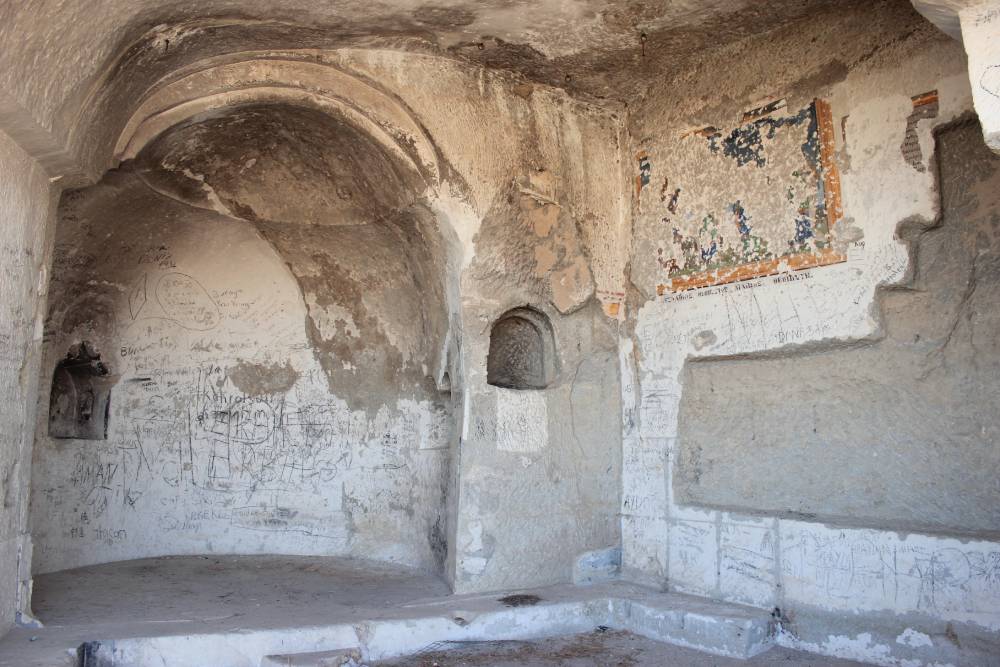 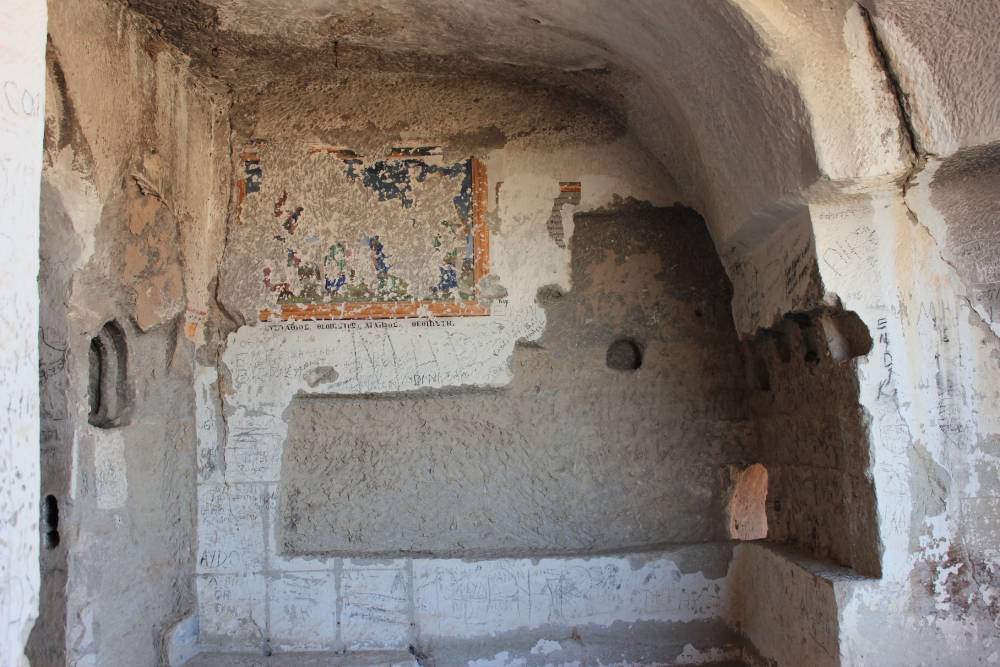 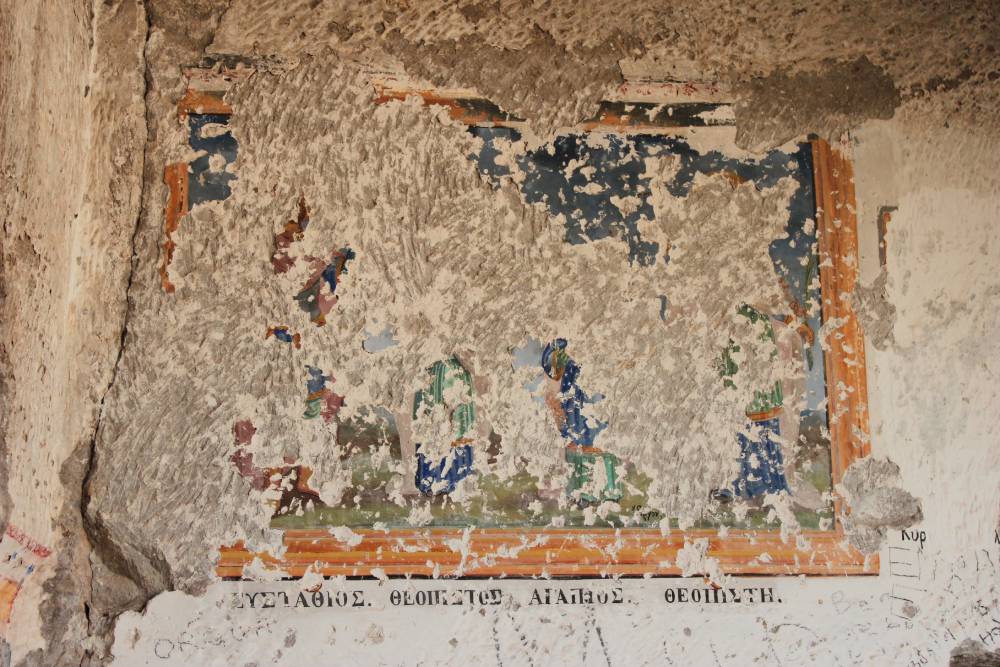 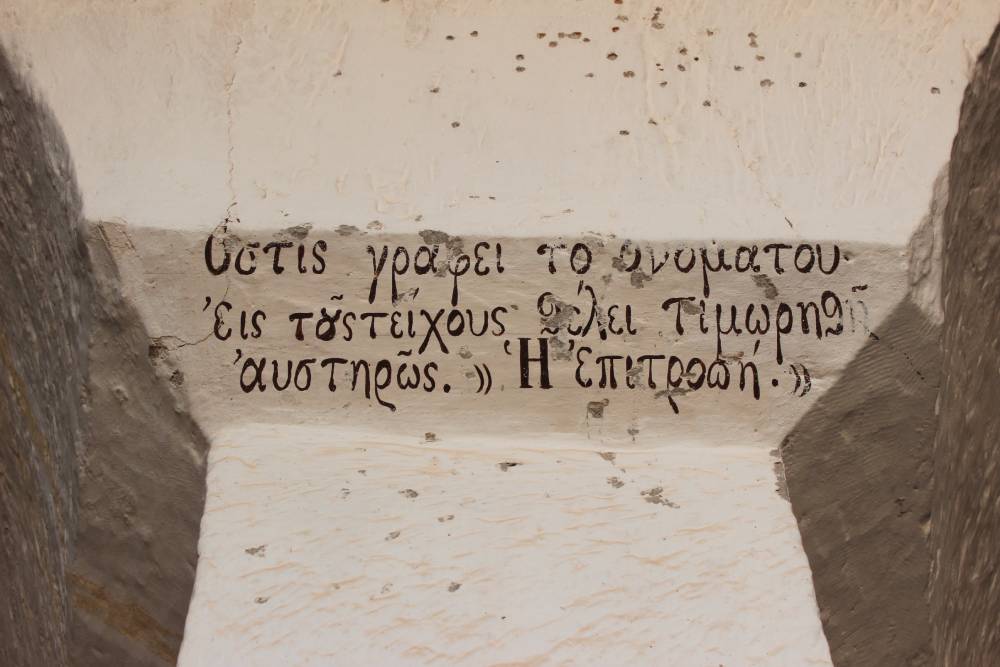 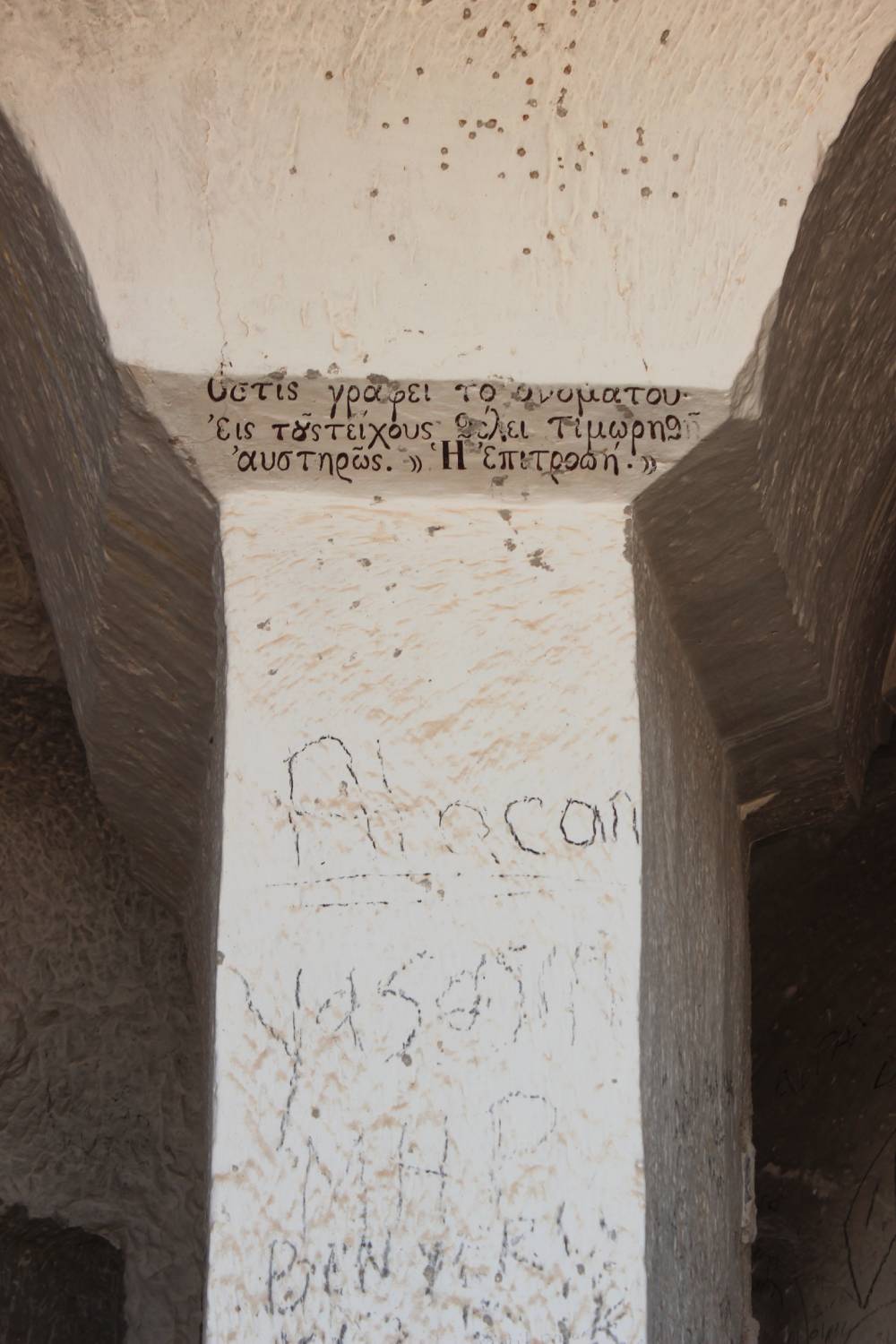 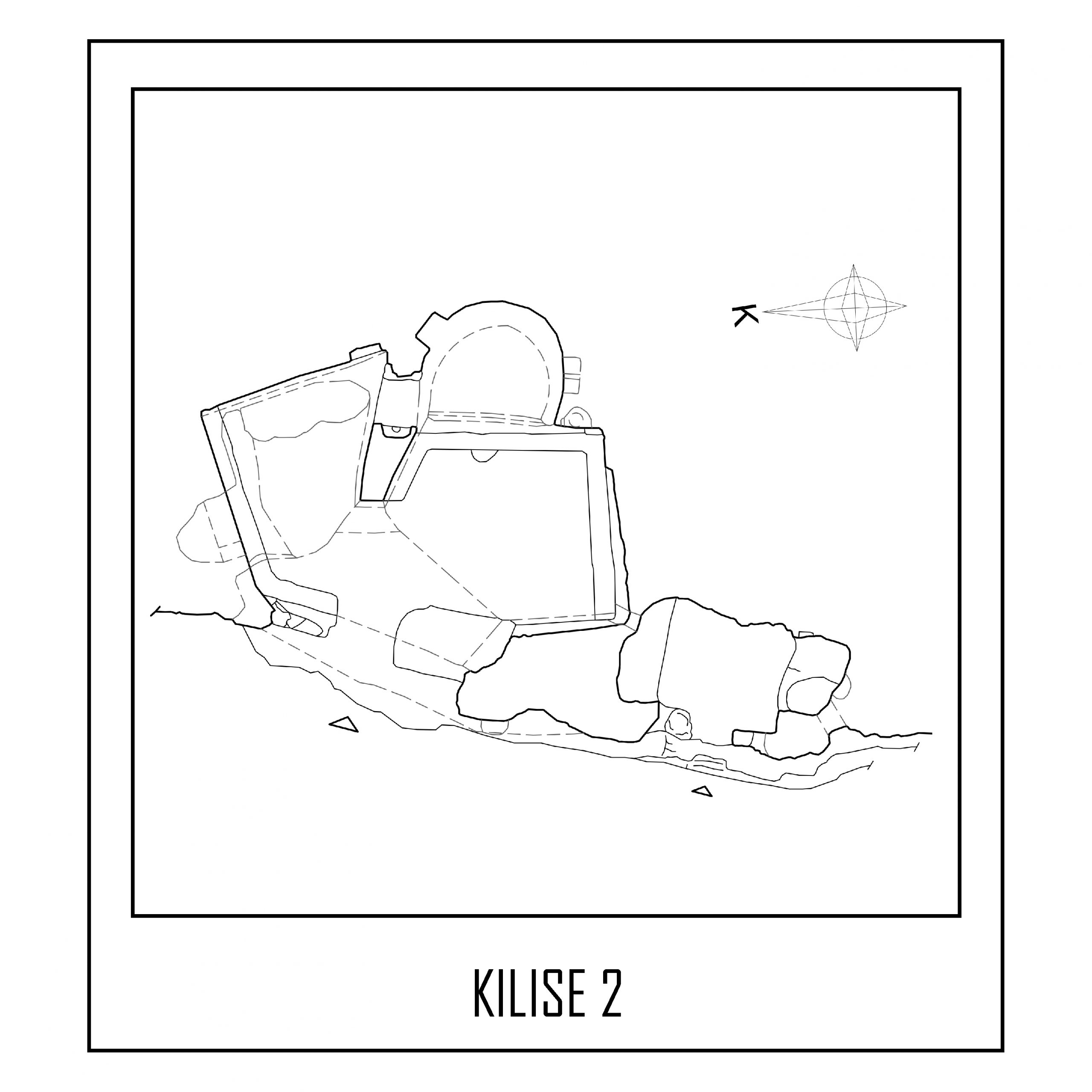 In today’s Kalasa Mevkii, formerly called “Kalasa”, there are rock-cut churches whose original names and dates are unknown. The churches mentioned in this vicinity are: St. Paraskevi and Panteleiomon, Eustache, Poterida, and Haralambos Churches. Two of these churches are named “Church I” and “Church II” in S. Pekak’s publication (2009).

The first of these is the large sized church identified as Church I. Although it is not known exactly when the church was built, it can be dated to 1905. An inscription on the west wall of the staircase with stairs leading down to the naos dates the church to 1905. The entrance to the church is through a circular arched door. From here, a barrel-vaulted space is reached. Access to the church’s naos (main prayer room) is obtained using an ‘L’-shaped staircase. The church has a square planned naos, three apses, and three naves. All three naves are covered with flat ceilings. The inscription written in paint on the eastern corner of the Greek epitaph painted on the north wall of the main place of worship is one of the most striking elements of the church. The content of the Greek inscription, written in paint, show that it is a tomb of the church. It says: “God’s Beloved Servant Basil Is Buried Here.”

The ornaments were made using the relief technique or placed directly on the wall with paint are the most striking feature in the church. The decoration program includes cross-shaped depictions and the tree of life. The vibrant colors consist mainly of indigo blue, mustard, and red.

Another rock-cut church is about 500 meters east of Church I. The church, completely destroyed to the northwest of the main place of worship, is not in very good condition today. The exact date of construction is unknown, but the date 1848 was written on the northern facade of the rock mass where the building was carved. This graffiti-style inscription, which seems to have been written later, indicates that the church existed before this date. To the south of the church is the main worship space with a single apse. In the north is a side-church separated from the main place of worship by a pier. To the south of the church is another room carved into the same rock mass. It is not known for what purpose this place was used.

The only example of wall painting that can be found in the church is on the south wall of the naos. This painting is the east one of the two panels framed at the upper level of the wall. The depictions on the panel cannot be understood due to extensive damage. The Greek names on the writing strip at the bottom of the painting indicate that Saint Eustache and his family were once depicted here. The prestige of the saint, who was frequently depicted in churches in Cappadocia during the Byzantine period, continued in the Ottoman period as well. Although there is an inscription on the framed panel to the west of this panel, the inscription is not intelligible. Based on the family portrait in the church, it can be assumed that the church was originally dedicated to St. Eustache.

Another inscription in the church is one of the most striking elements. The three-line Greek inscription on the western face of the capital of the pier carved into the rock to the north of the naos reads, “Whoever writes a name here will be severely punished by the Council.”