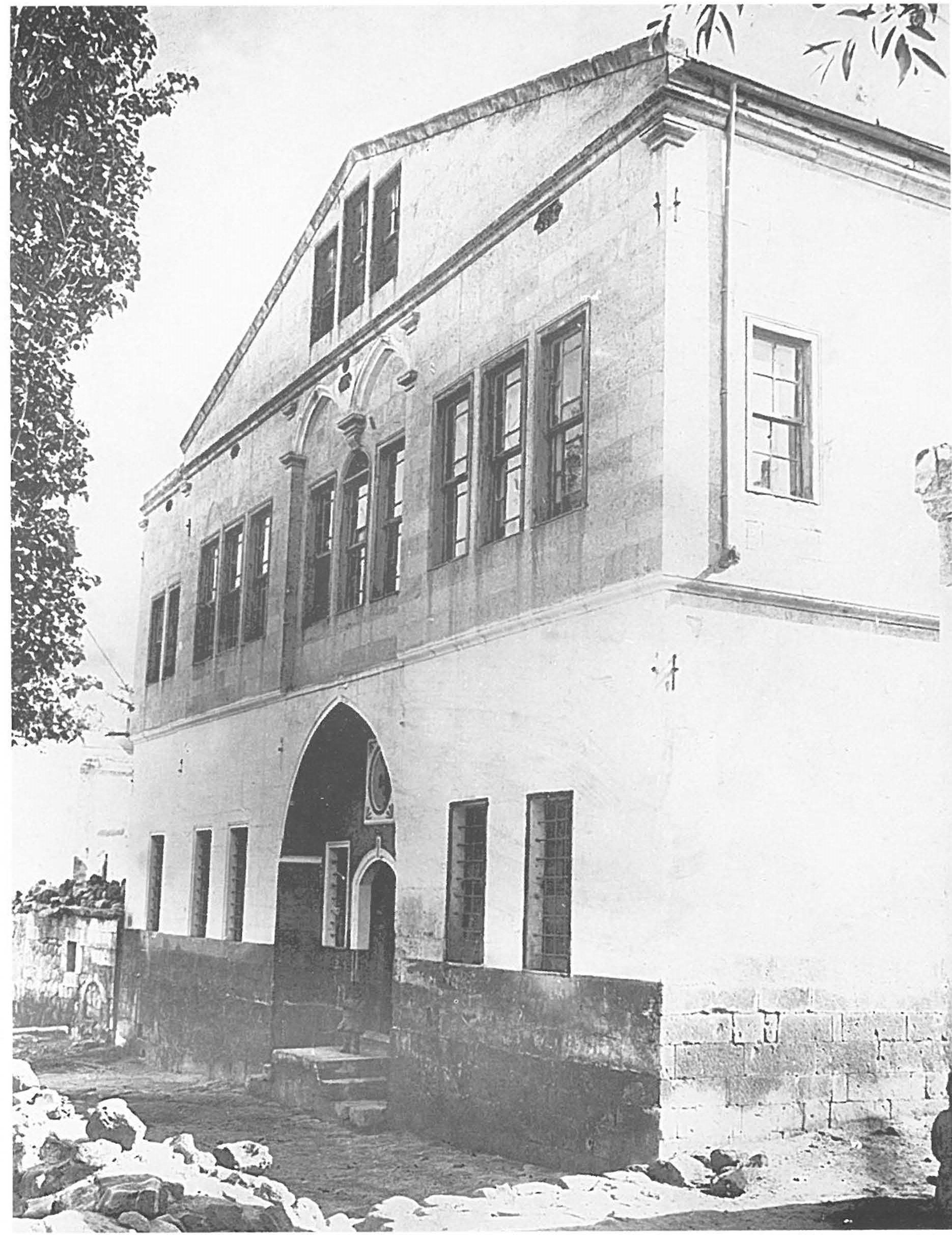 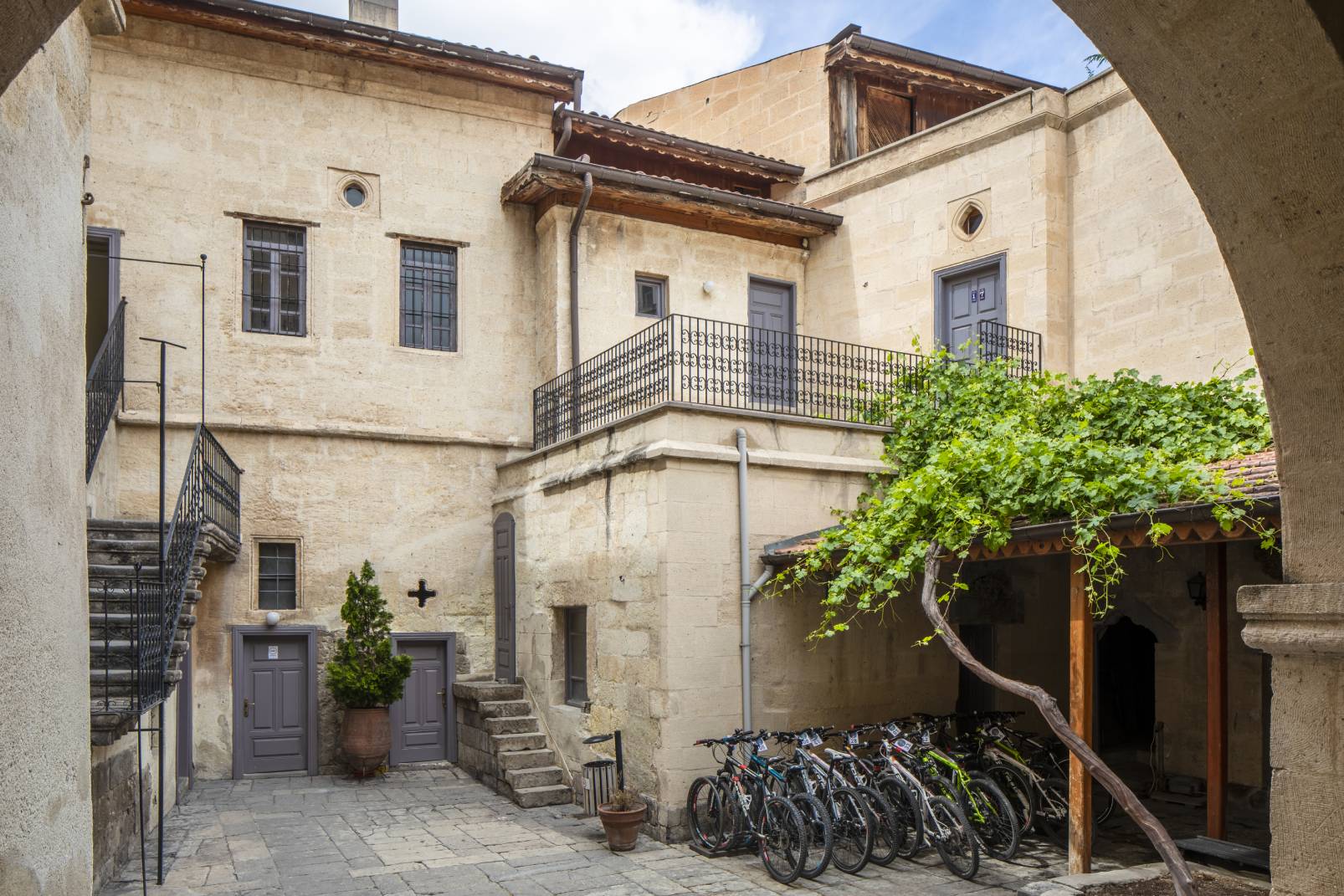 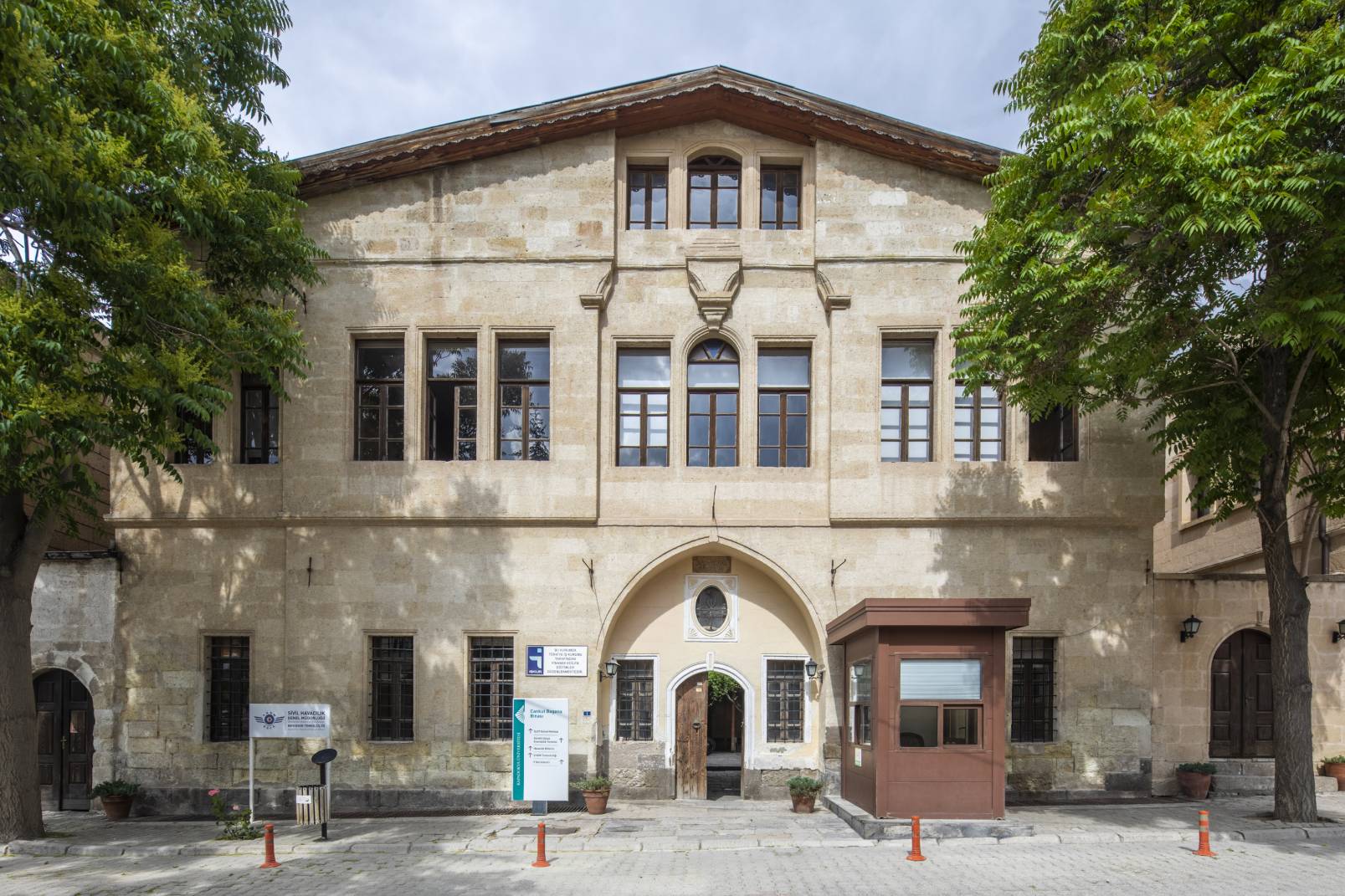 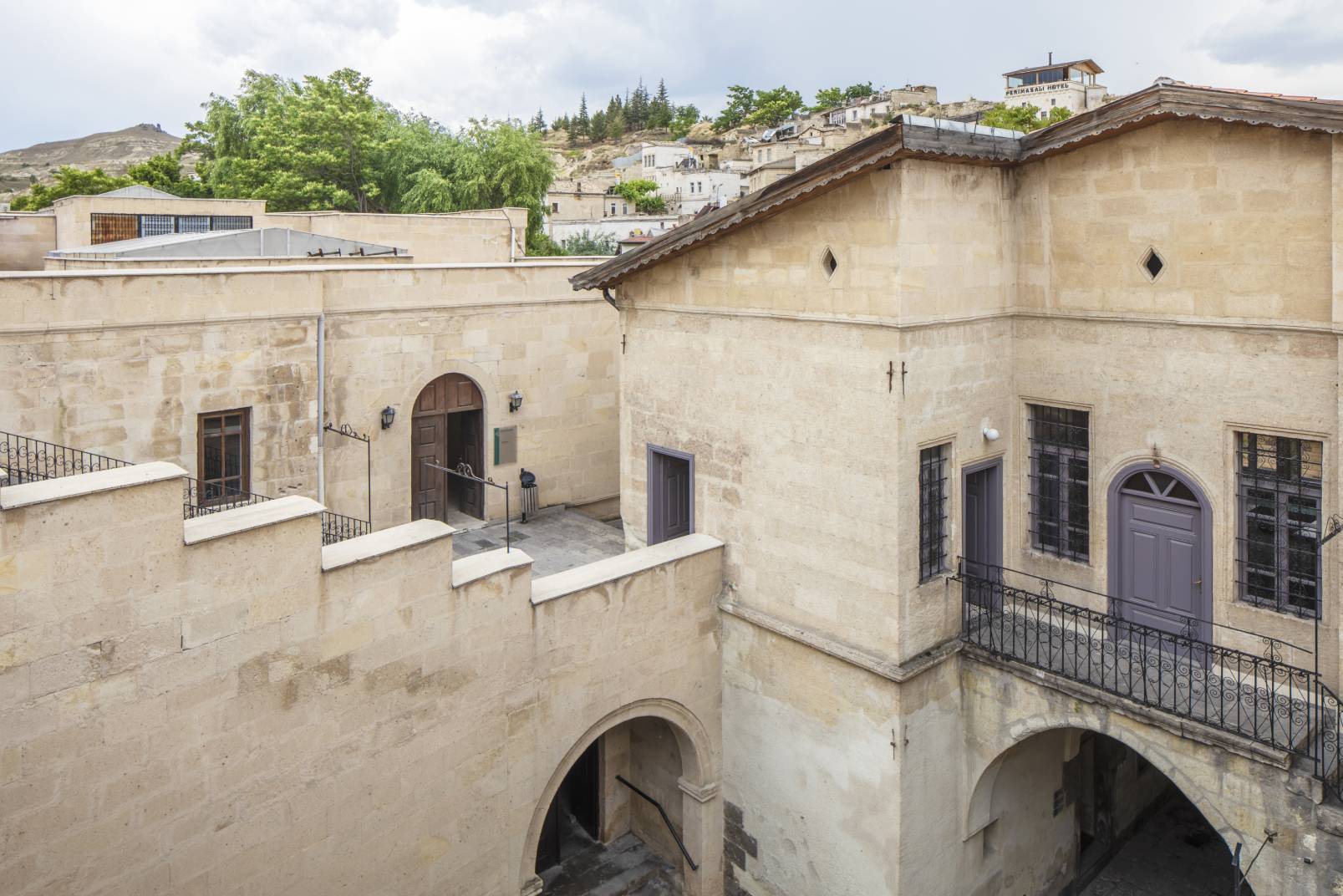 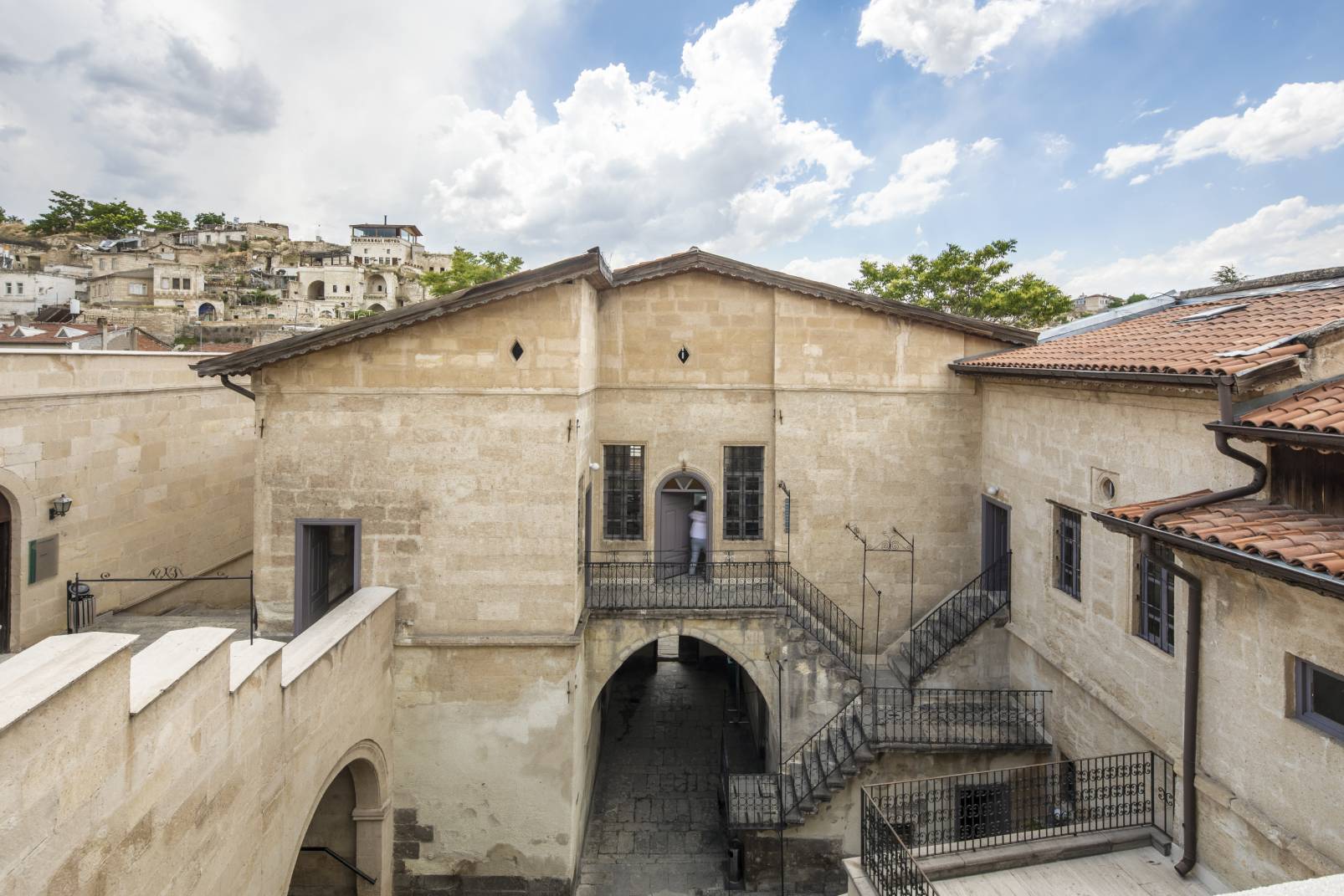 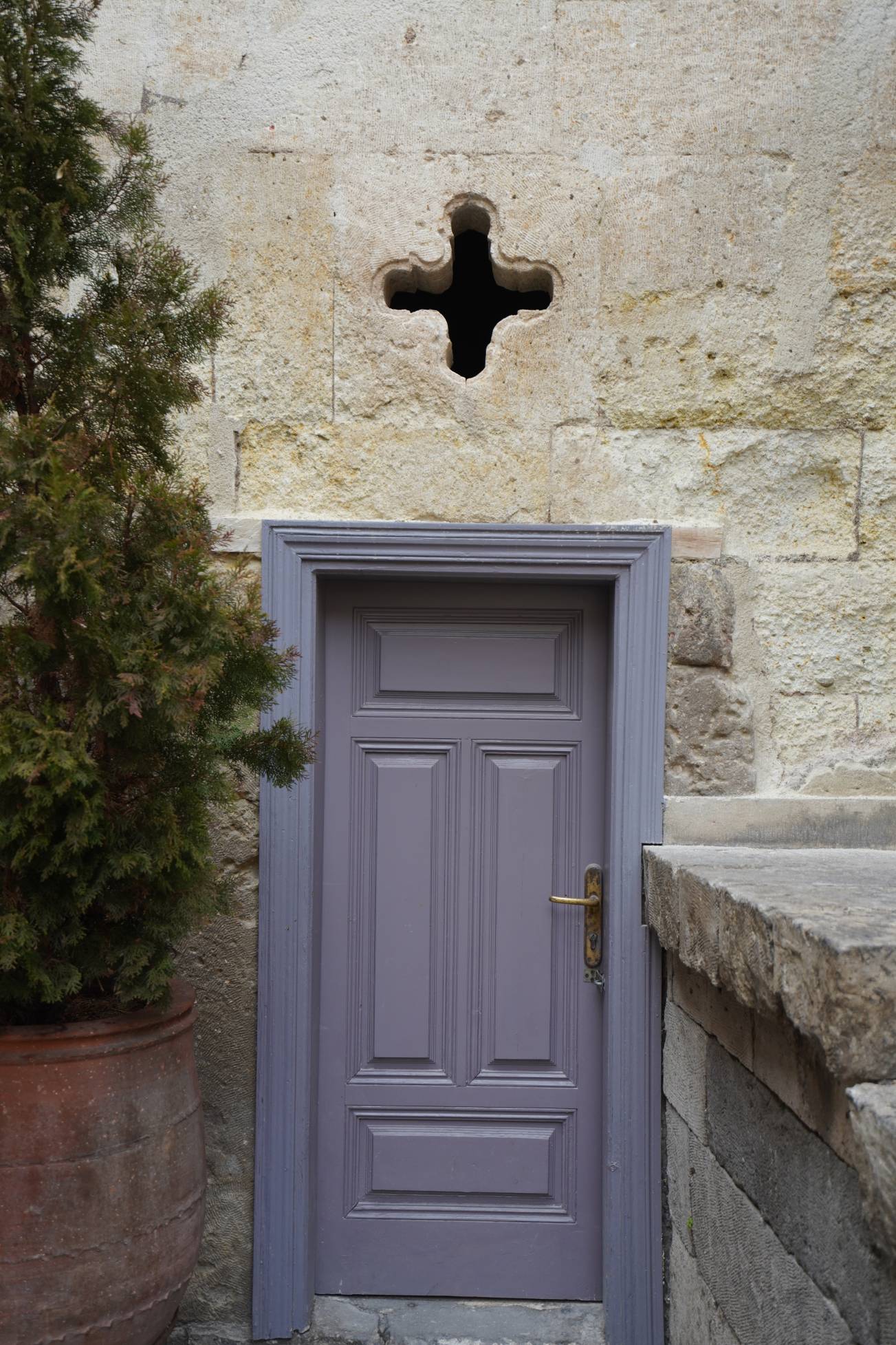 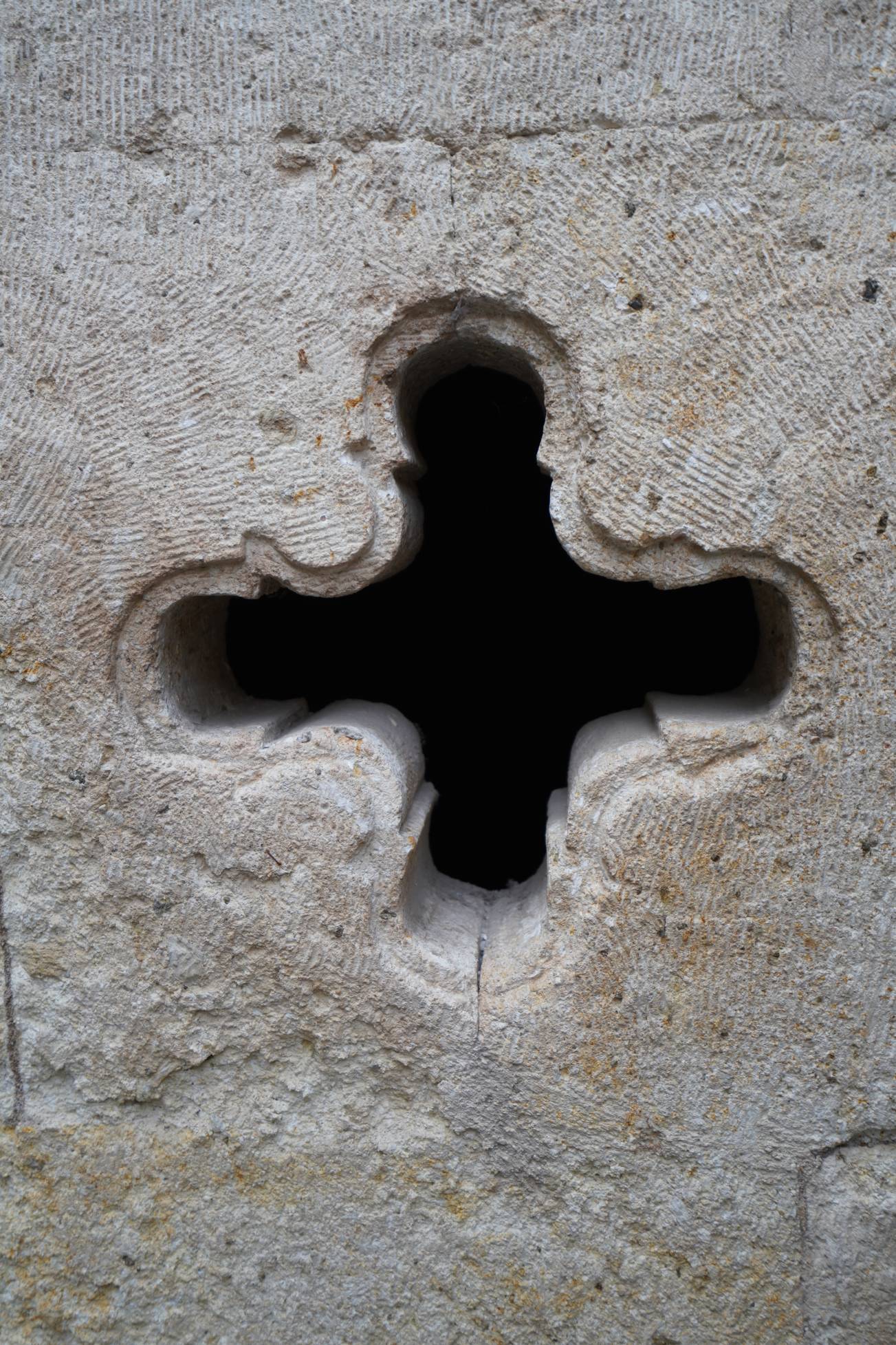 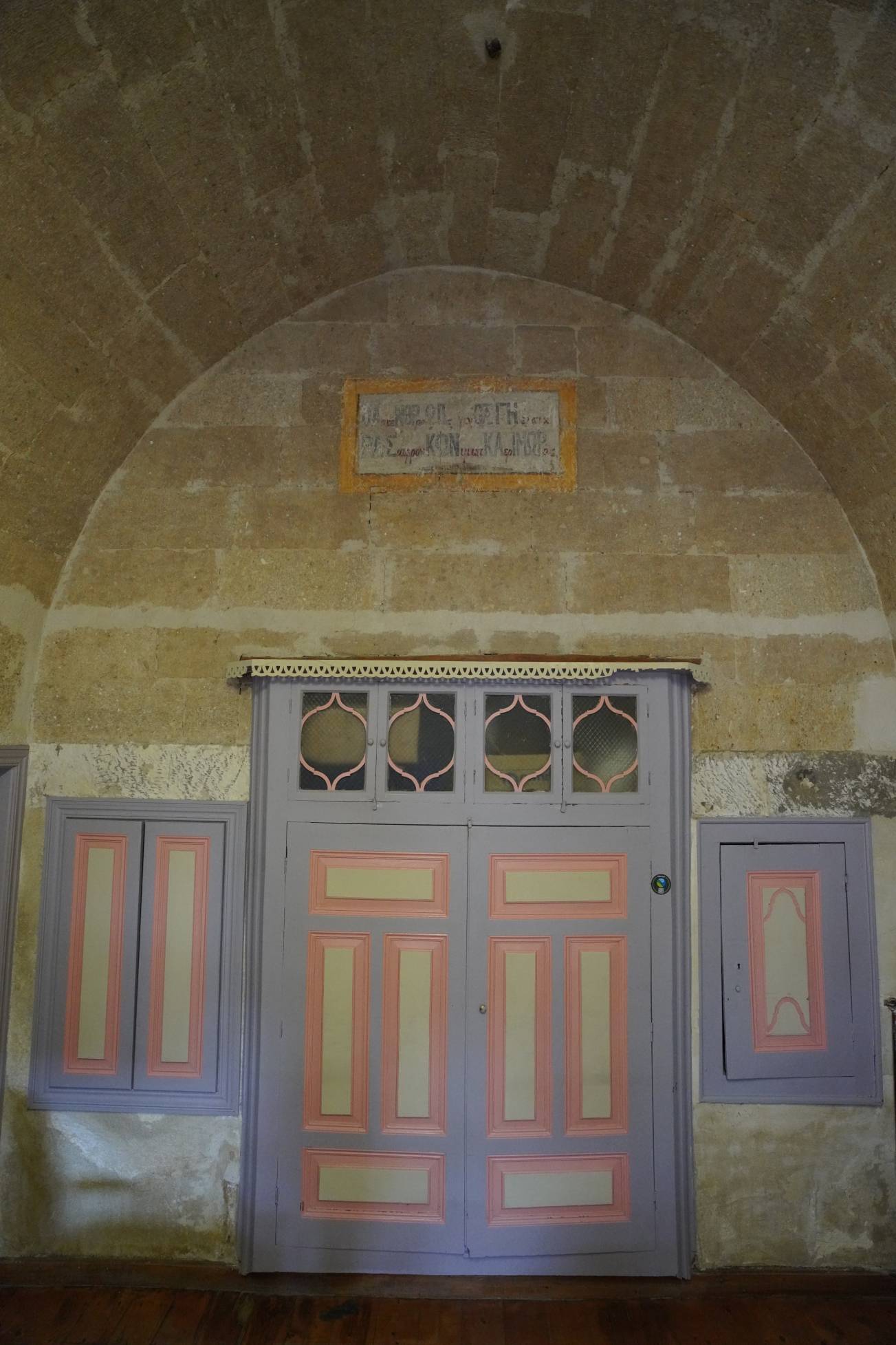 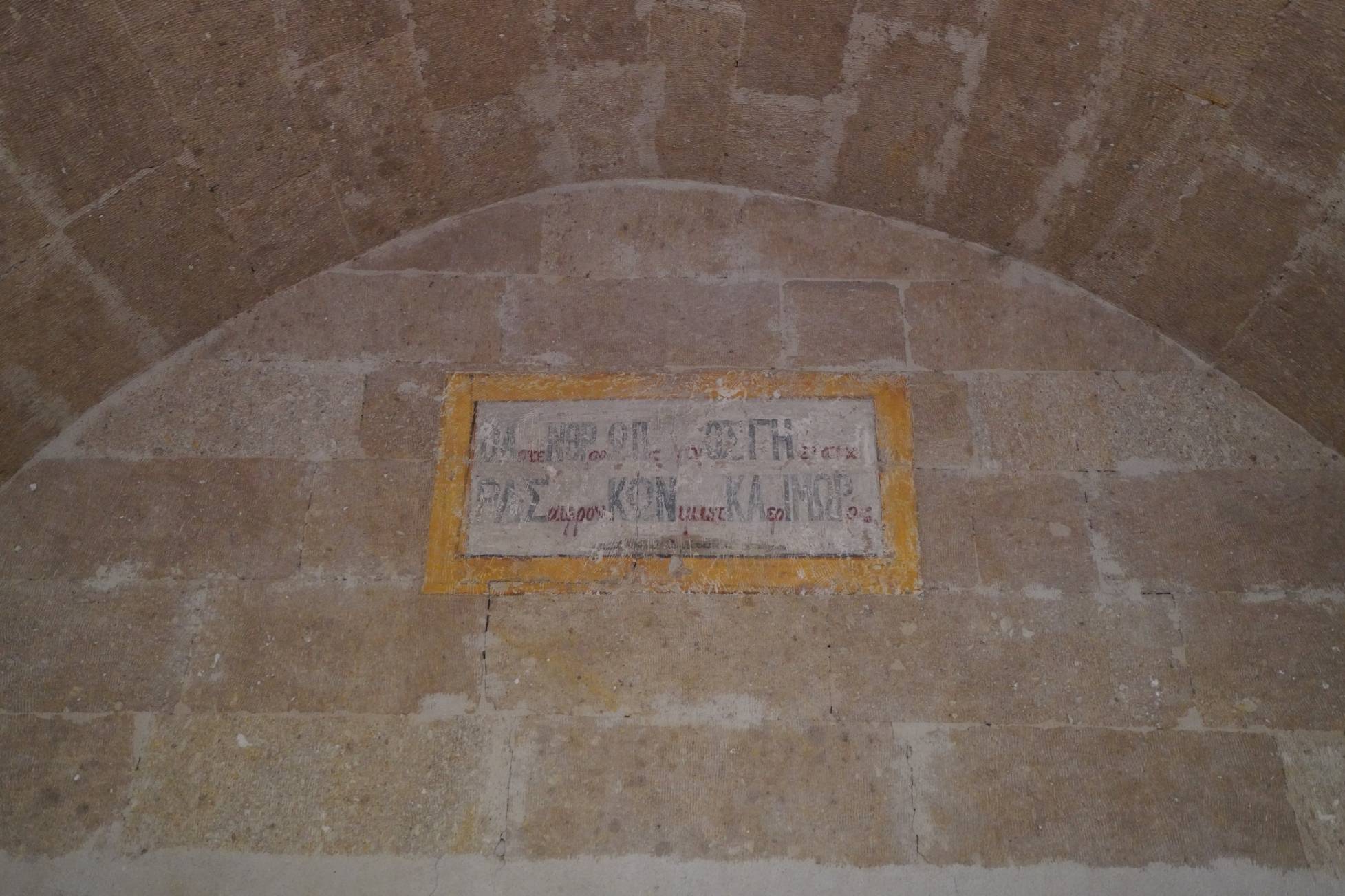 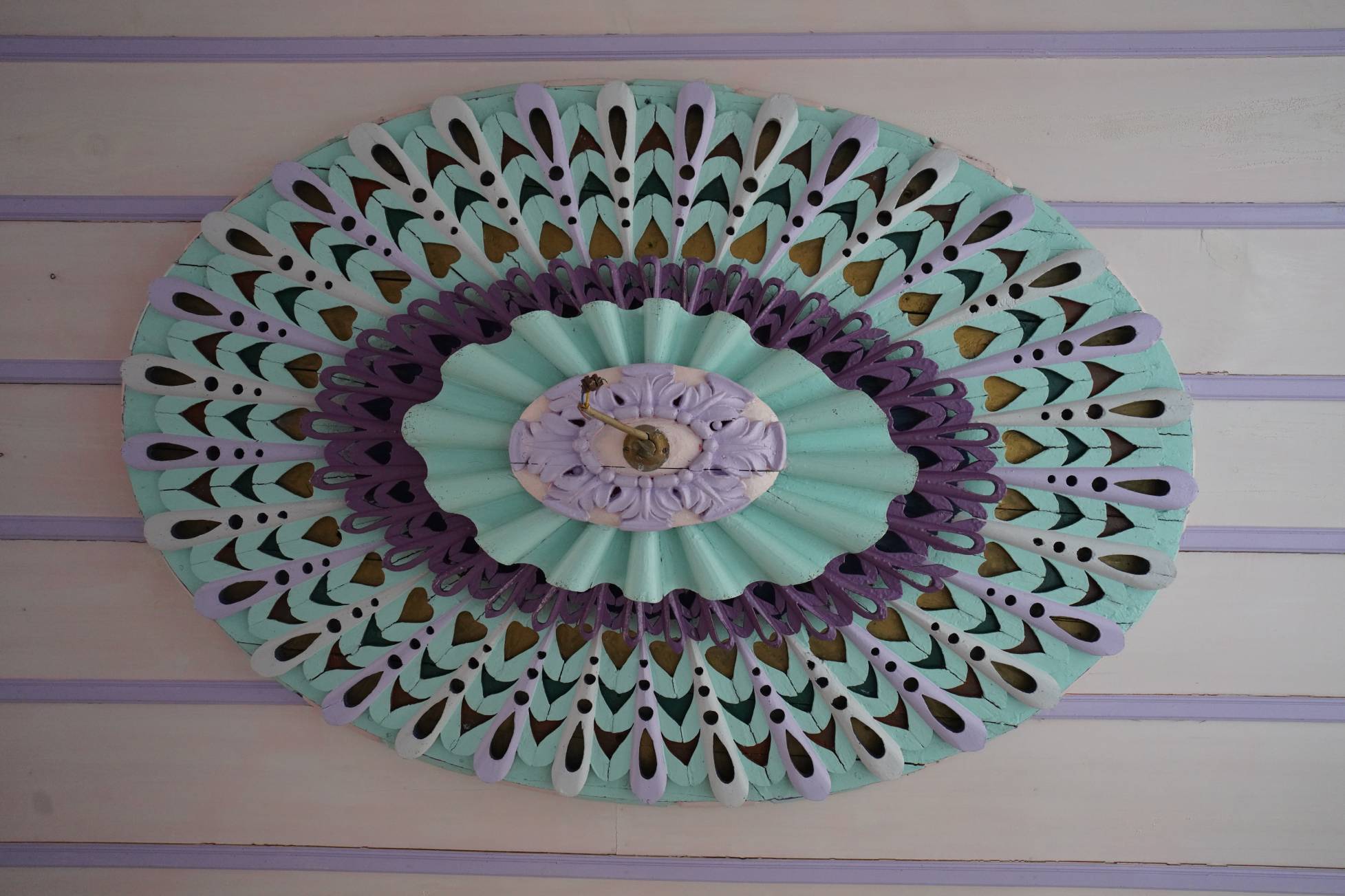 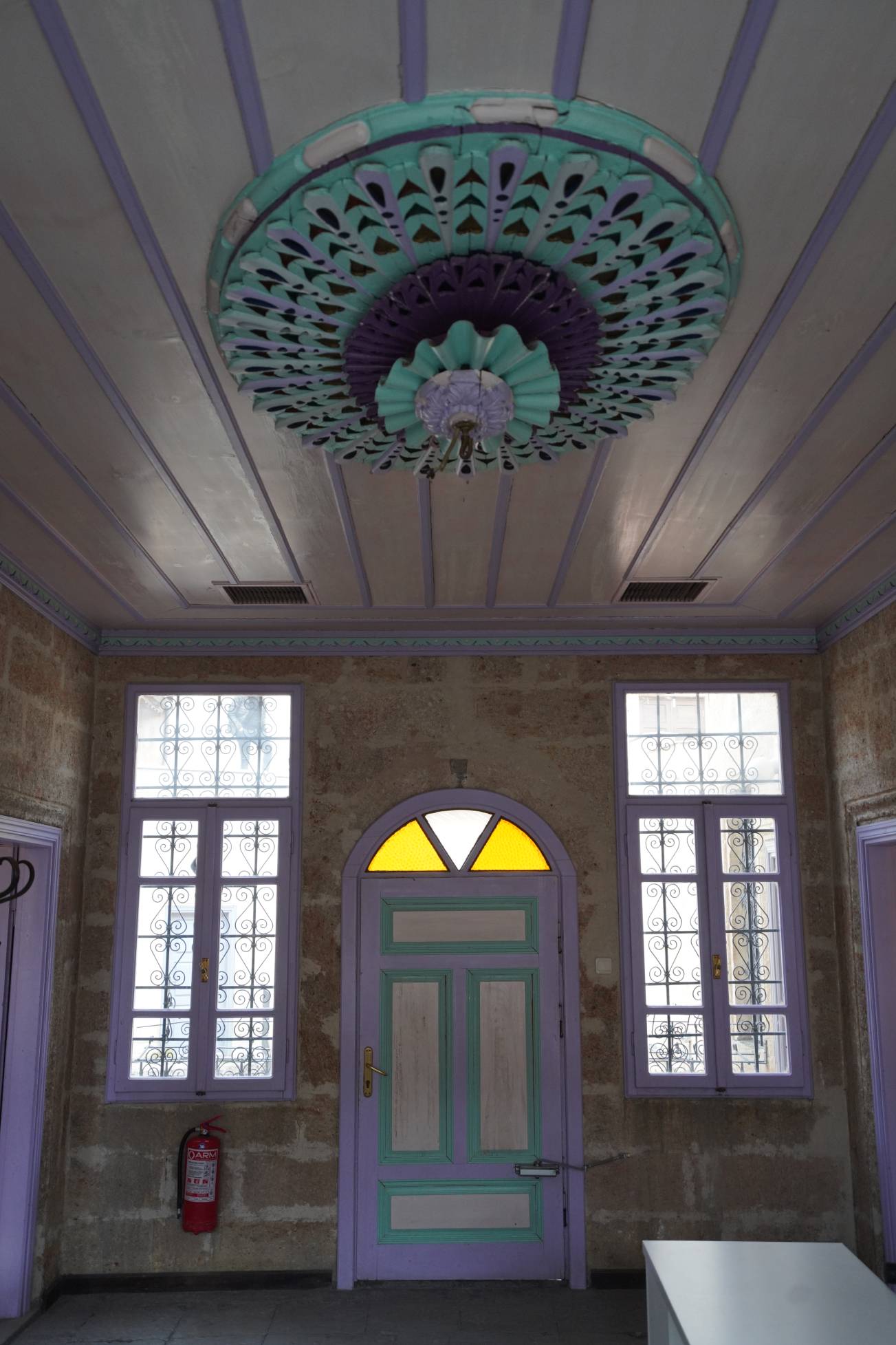 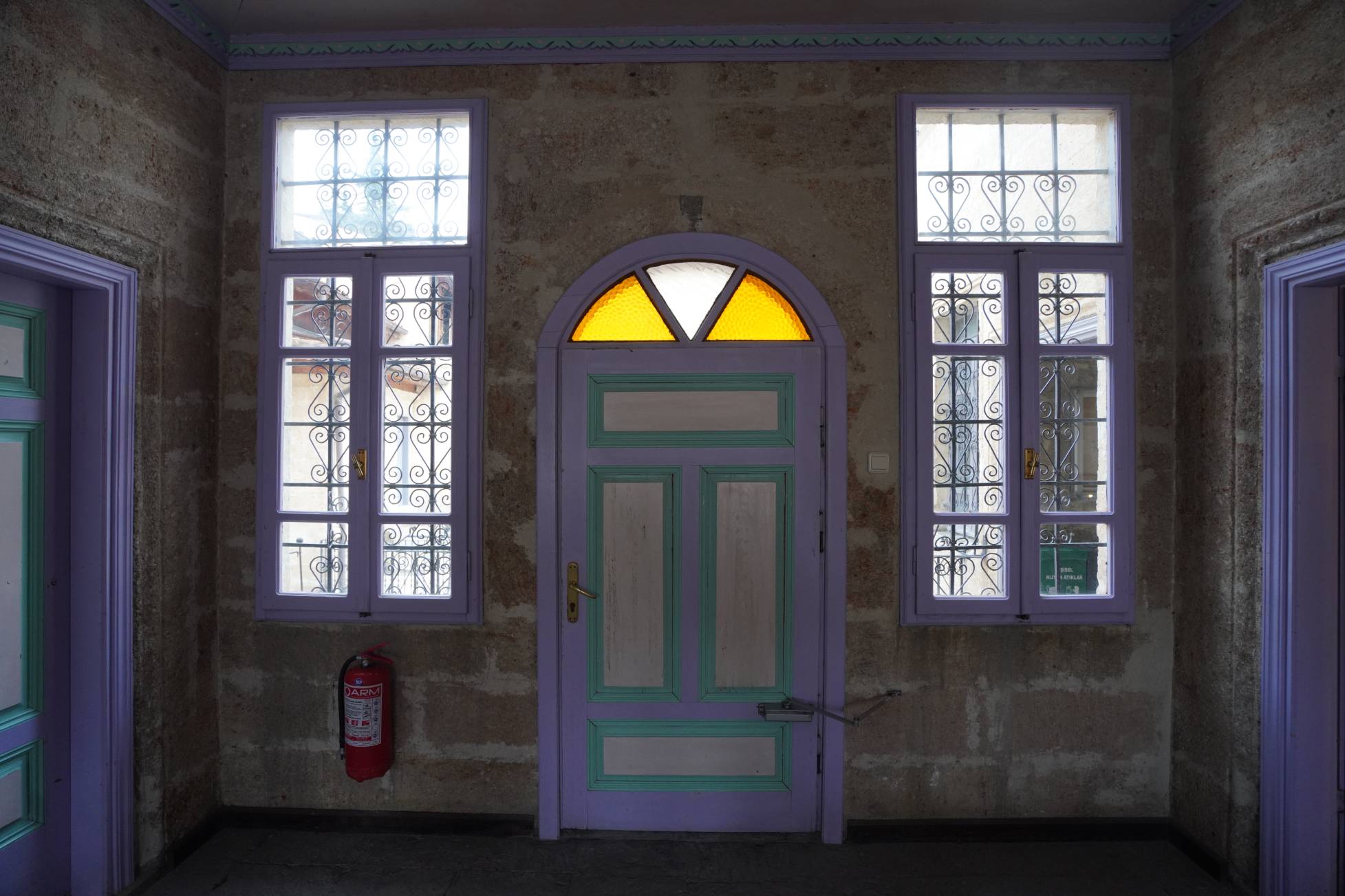 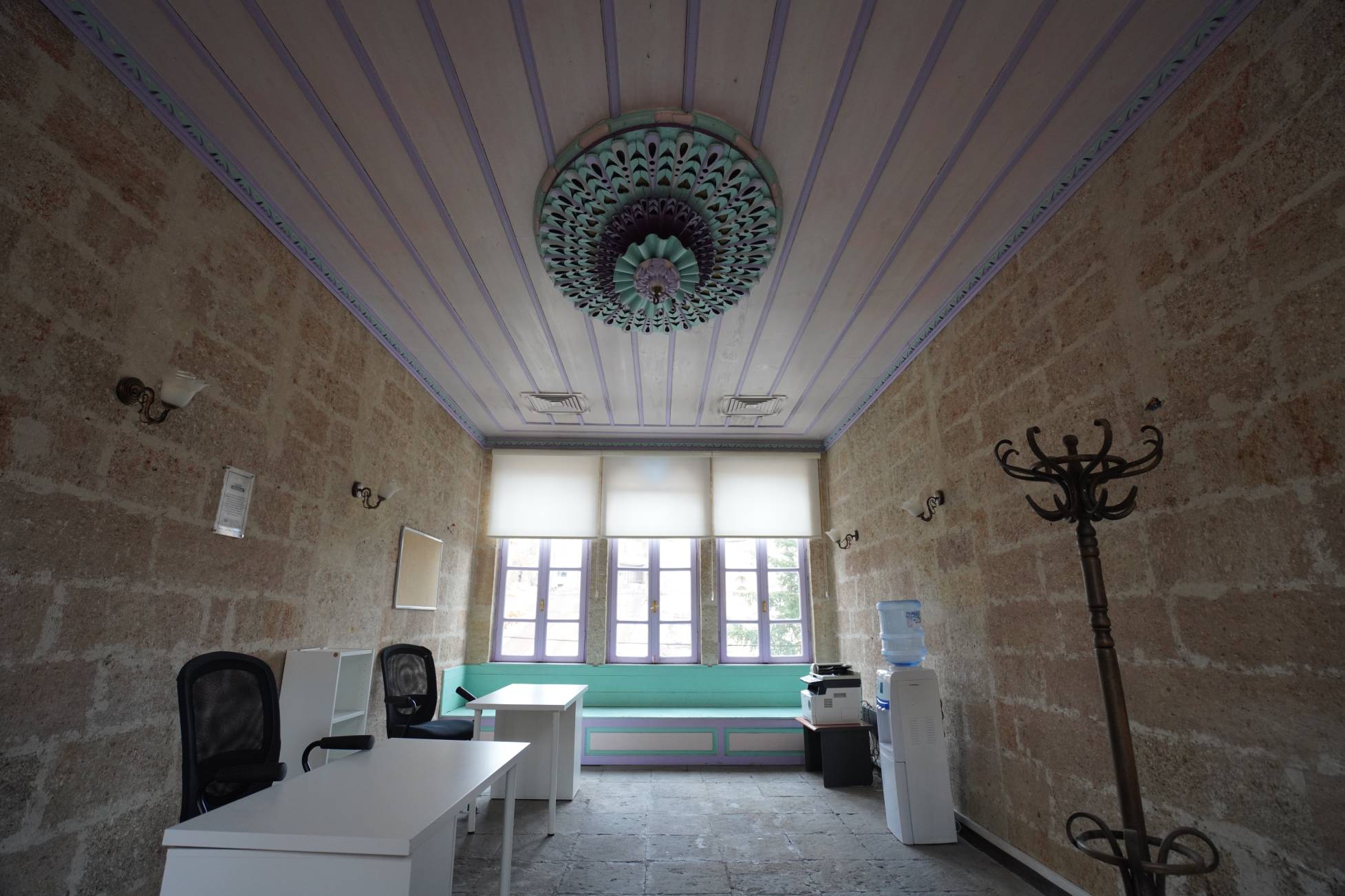 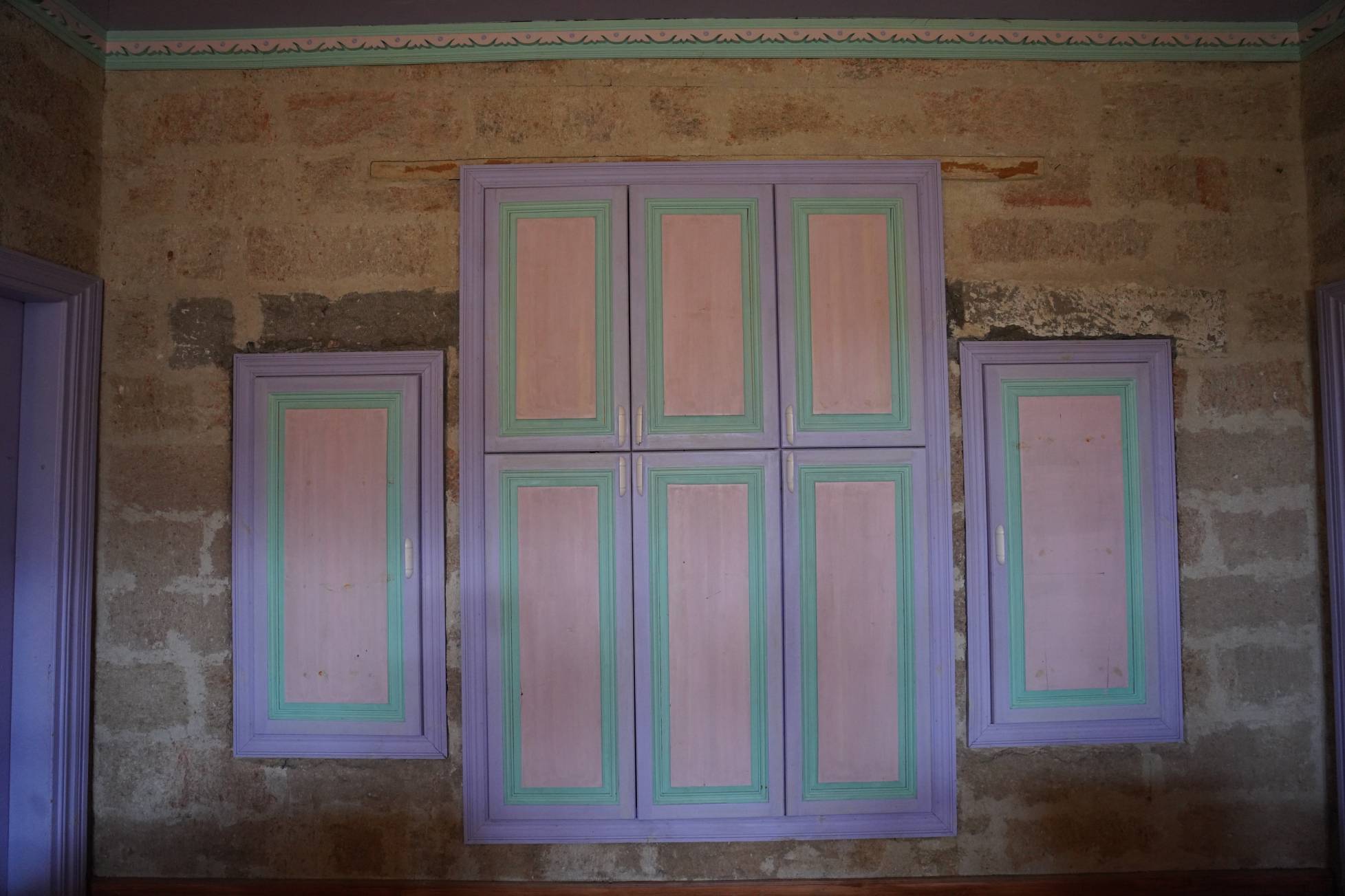 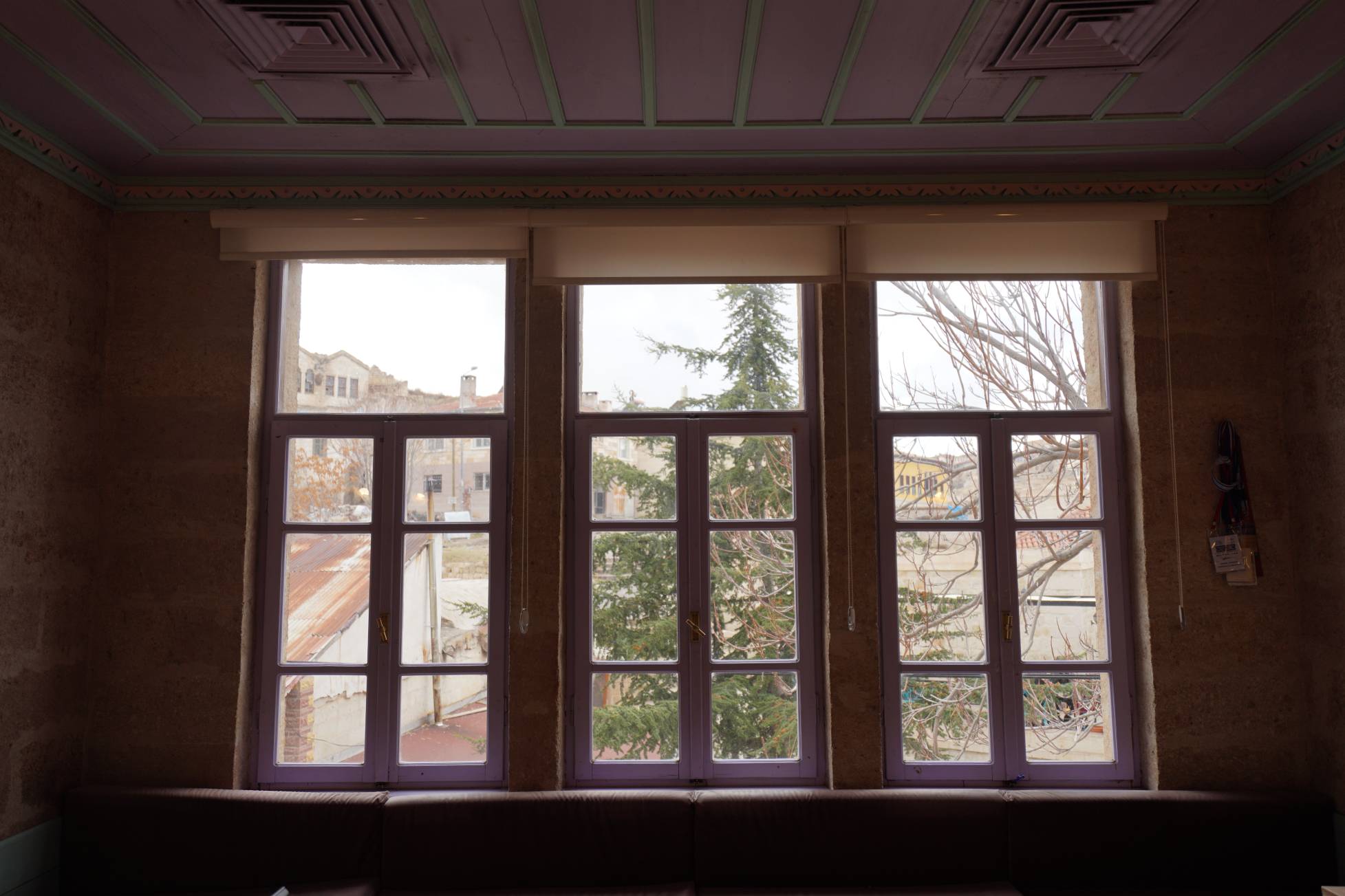 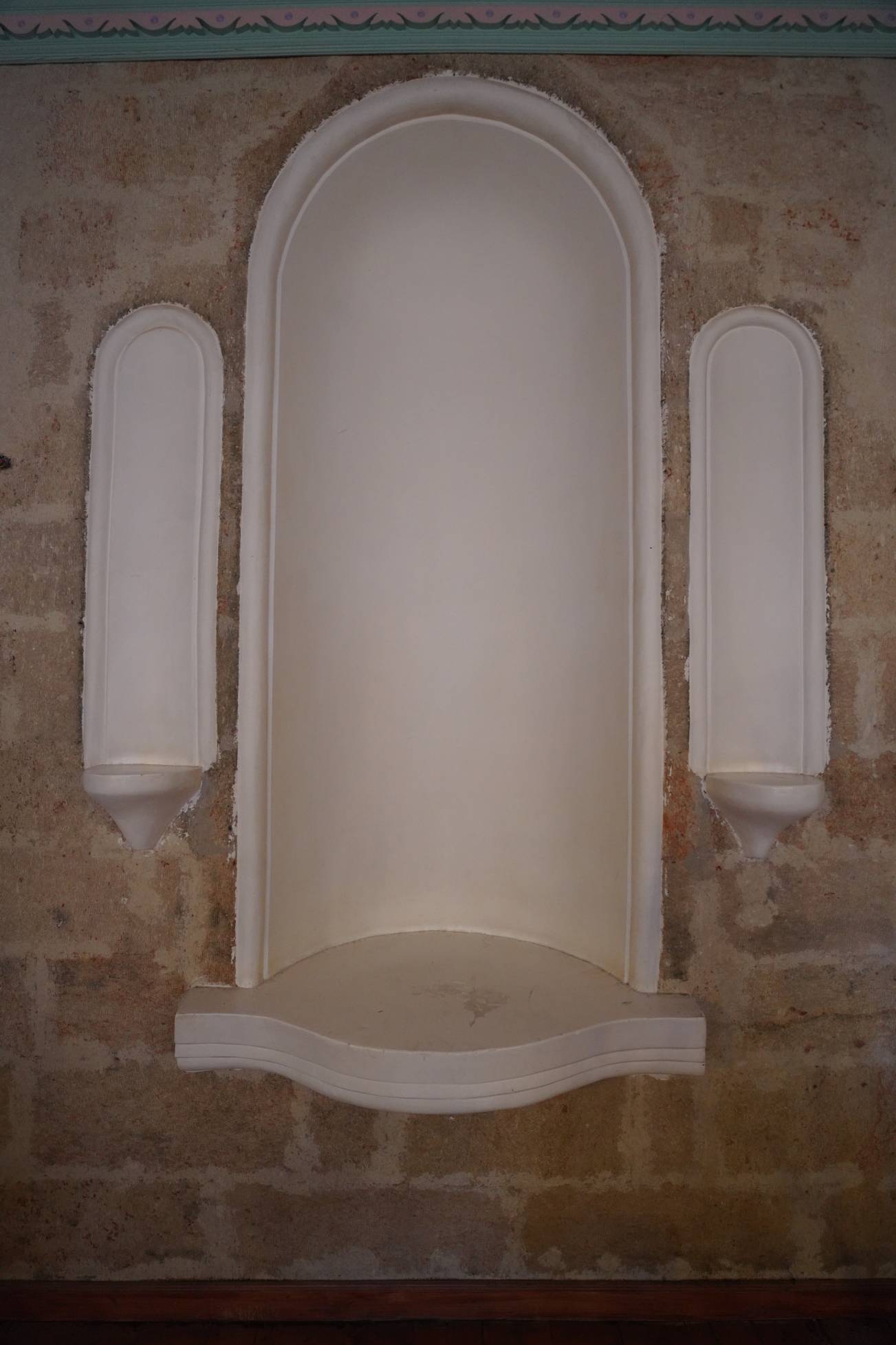 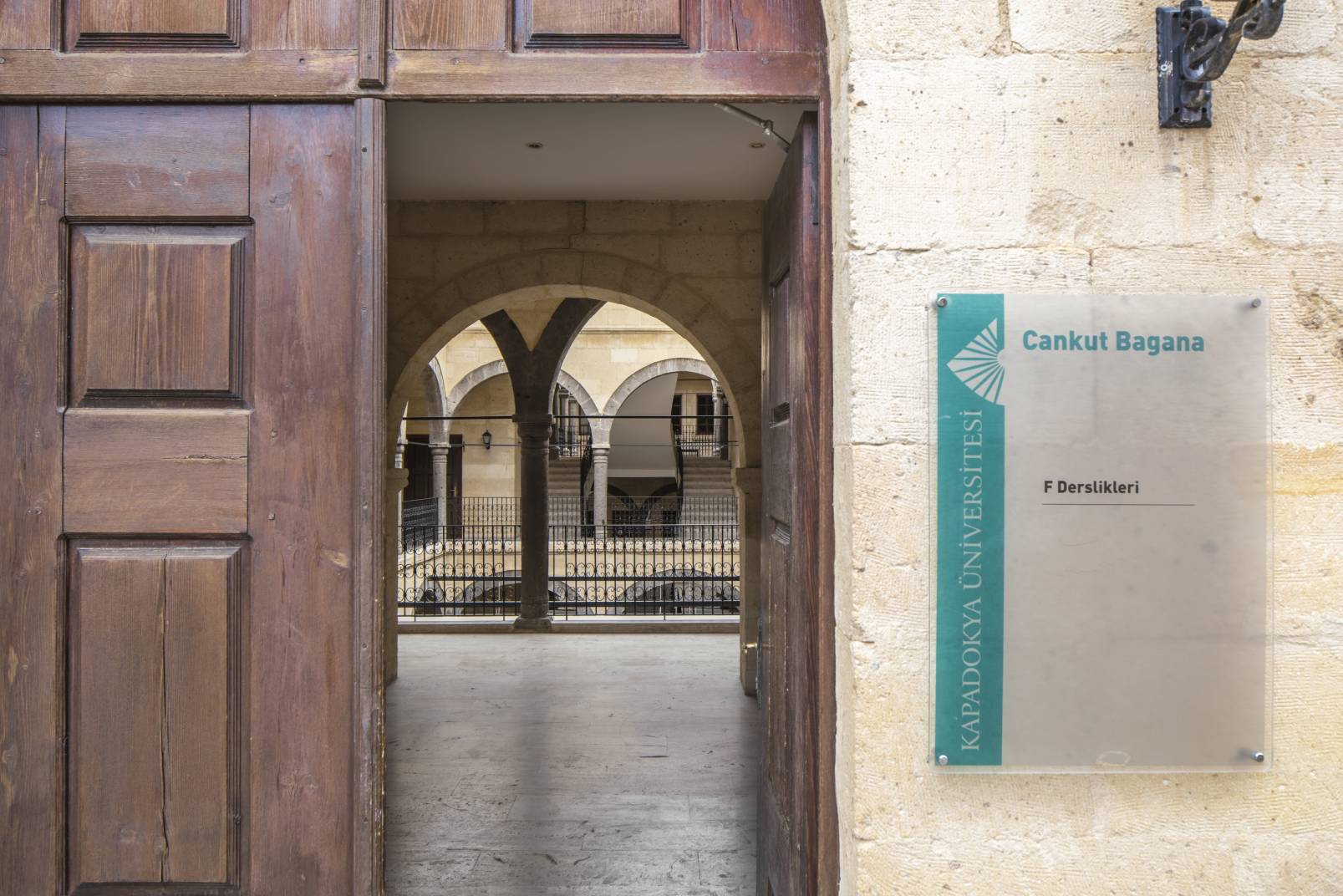 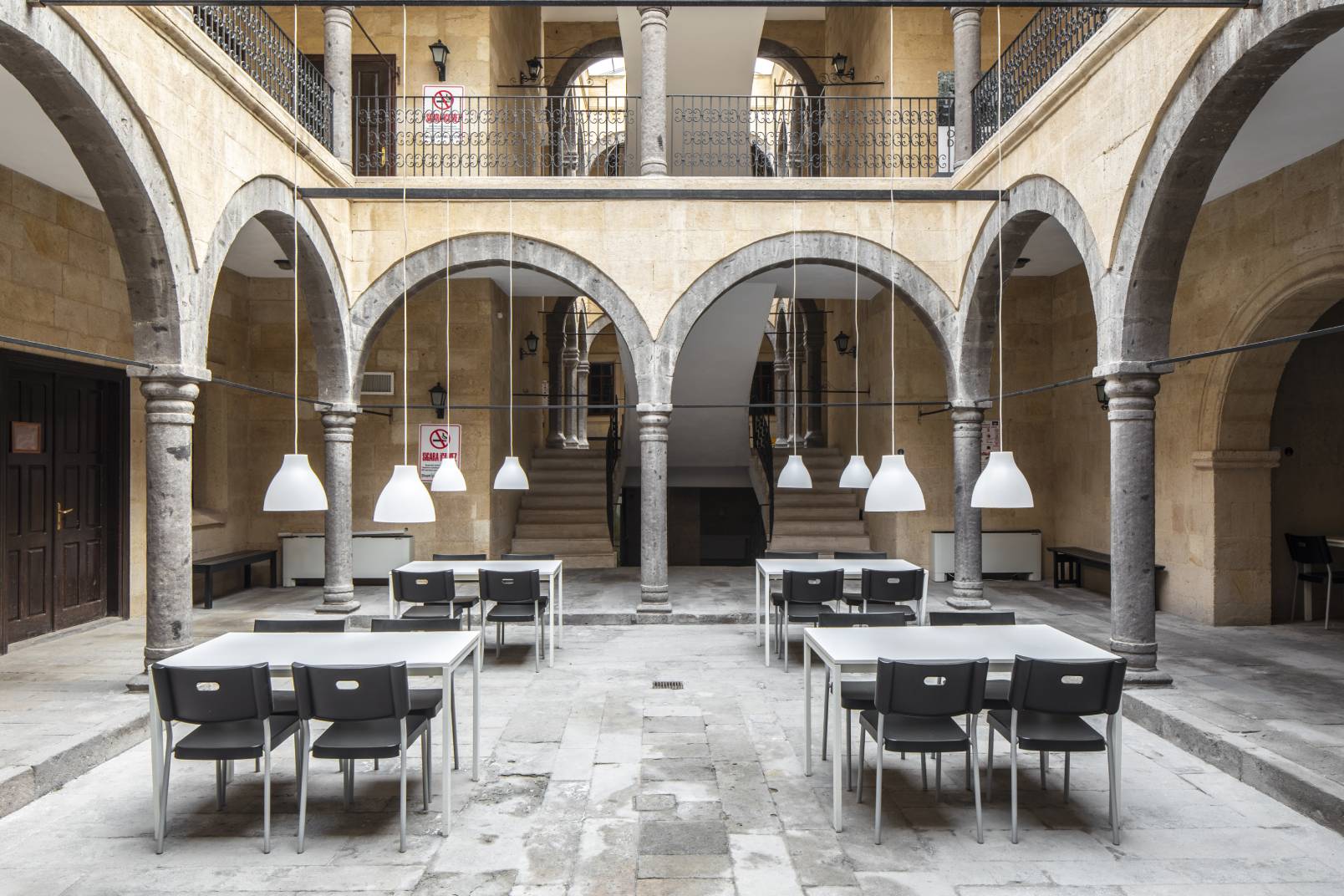 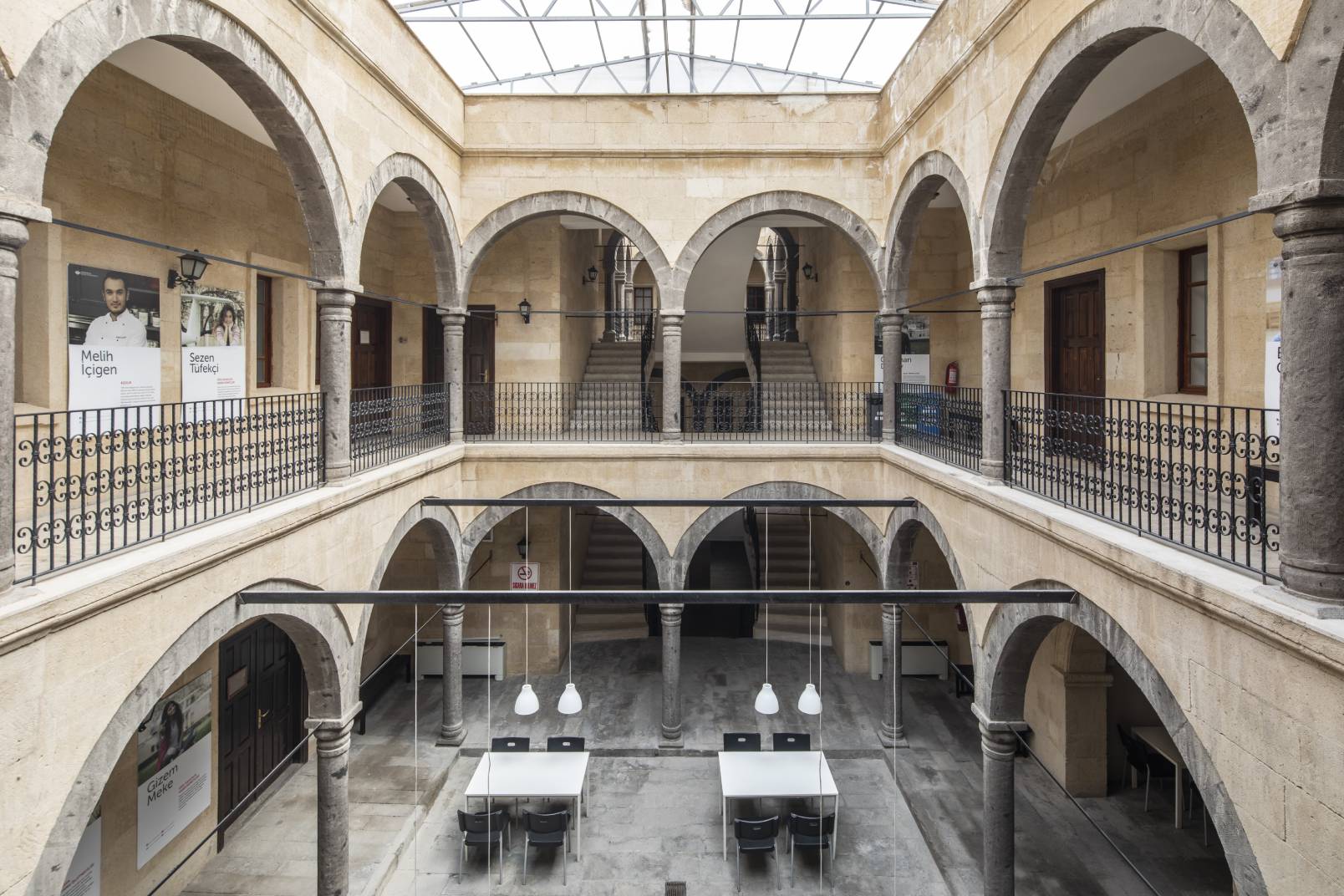 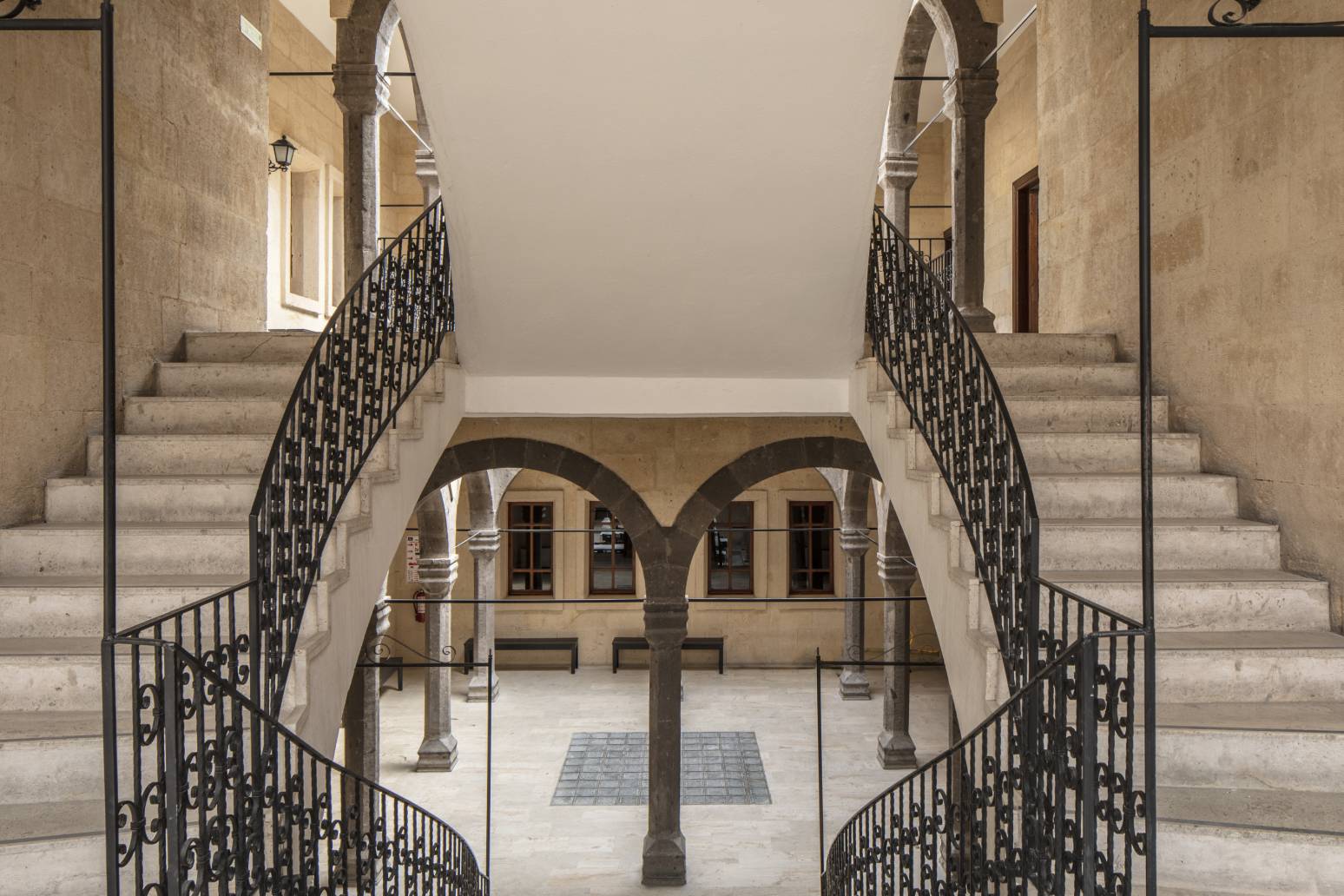 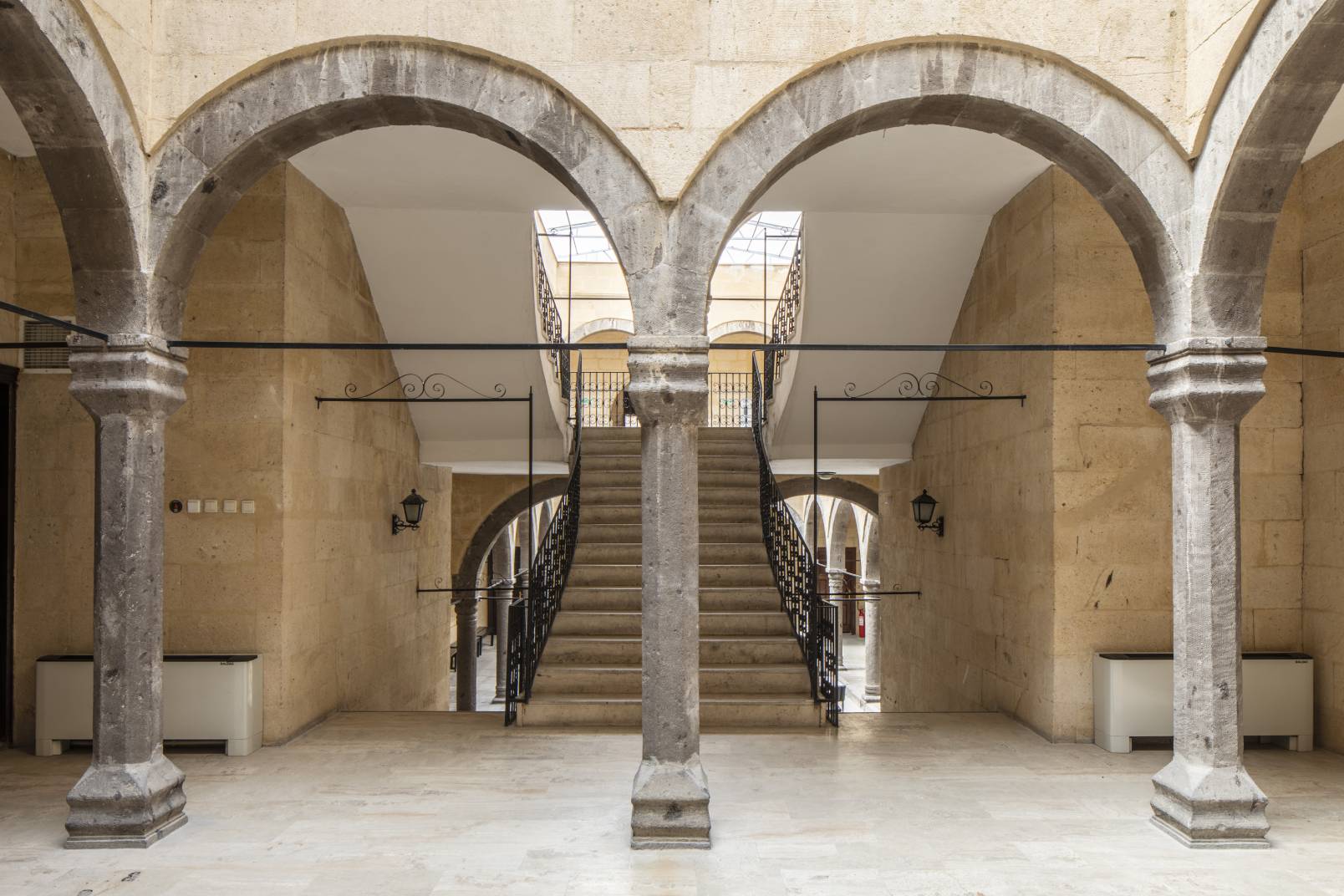 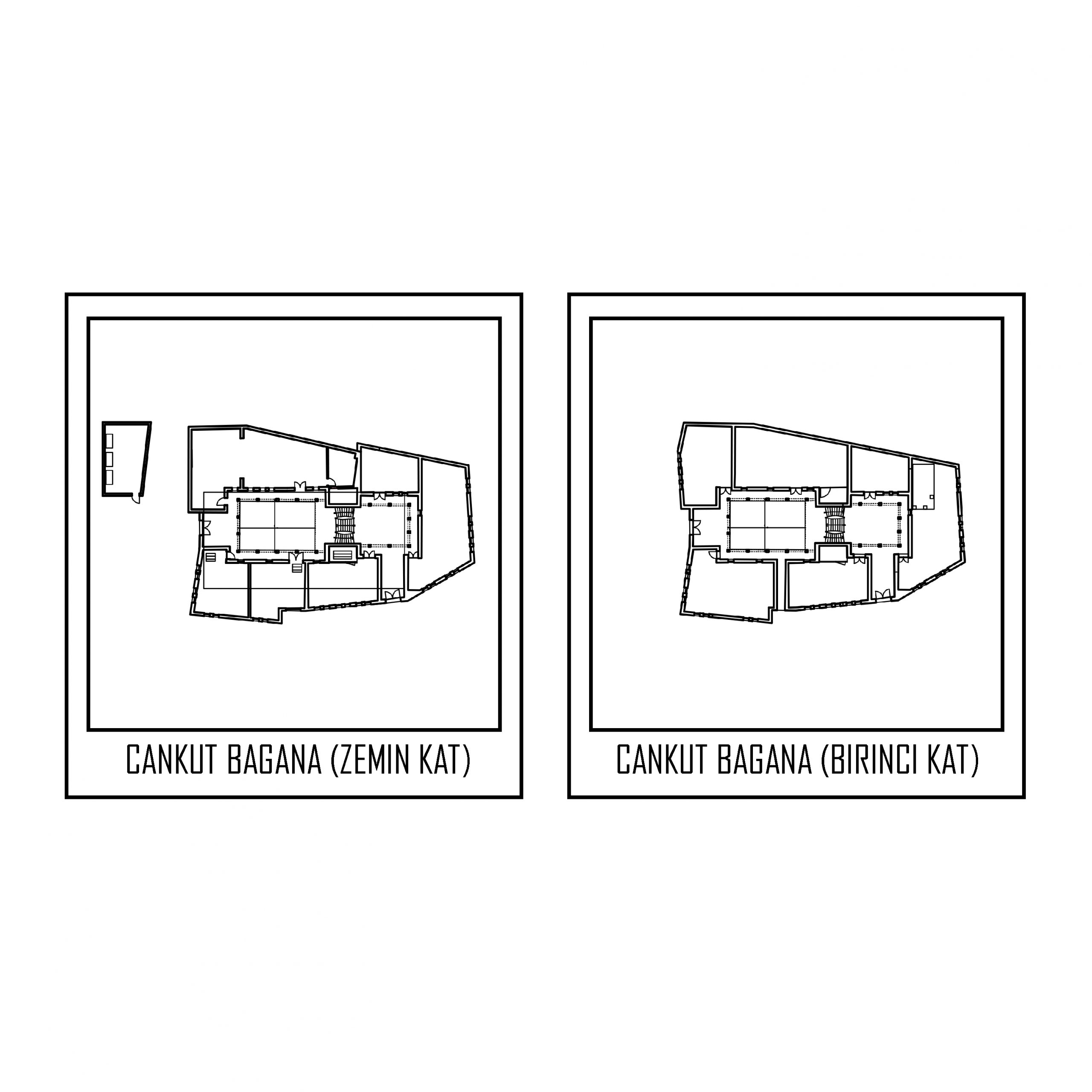 The building, completed in 1900 according to its inscription, was built by Andonis Poligenidis, nicknamed Kabasakal. He was an important caviar trader in Istanbul. Serafim Rizos, who was the son-in-law of the Poligenidis family and an important person in Mustafapaşa, lived in the mansion. After the population exchange, the Korkmaz family lived here for a long time. It was transformed into a carpet store with the addition of the buildings in the 1990s. Cangut Bagana, one of the partners of the company and leading names in the tourism industry that carried out this transformation, transferred the right to use the building to Cappadocia University in 2016. Today, the building is named after Cangut Bagana in memory of this contribution.

The historical section of the mansion has a two-story and rectangular plan. The main entrance door on the southwest facade of the building is located in a pointed arched niche. A vaulted and closed courtyard is entered from the entrance door, and here, there is an open courtyard. Stairs access the rooms and the first story from both sides of the closed courtyard. The building has eight rooms on the first story and is covered with a wide eaves roof. Stones on the building walls were made with masonry technique; wooden materials were used in the doors, ceilings and windows. The wall paintings in the mansion, which were originally stated to exist, have not survived. This may have been because a fire severely damaged part of the structure. In the 1950s, for an unknown reason, a great fire occurred in the mansion, the attic story of the mansion was burned, and this section was completely destroyed. In the 1990s, the building was restored and the attic story was rebuilt following its original form.