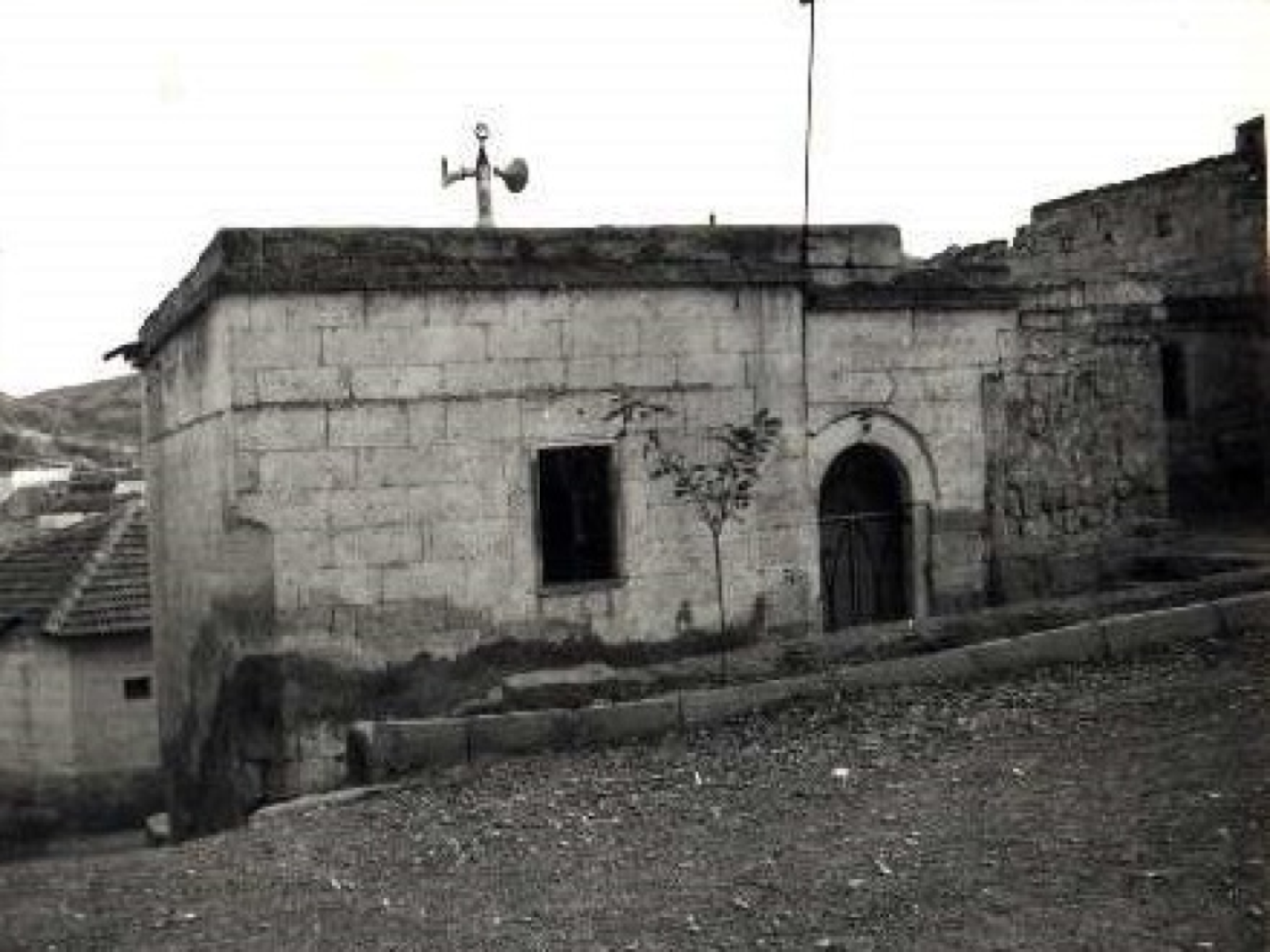 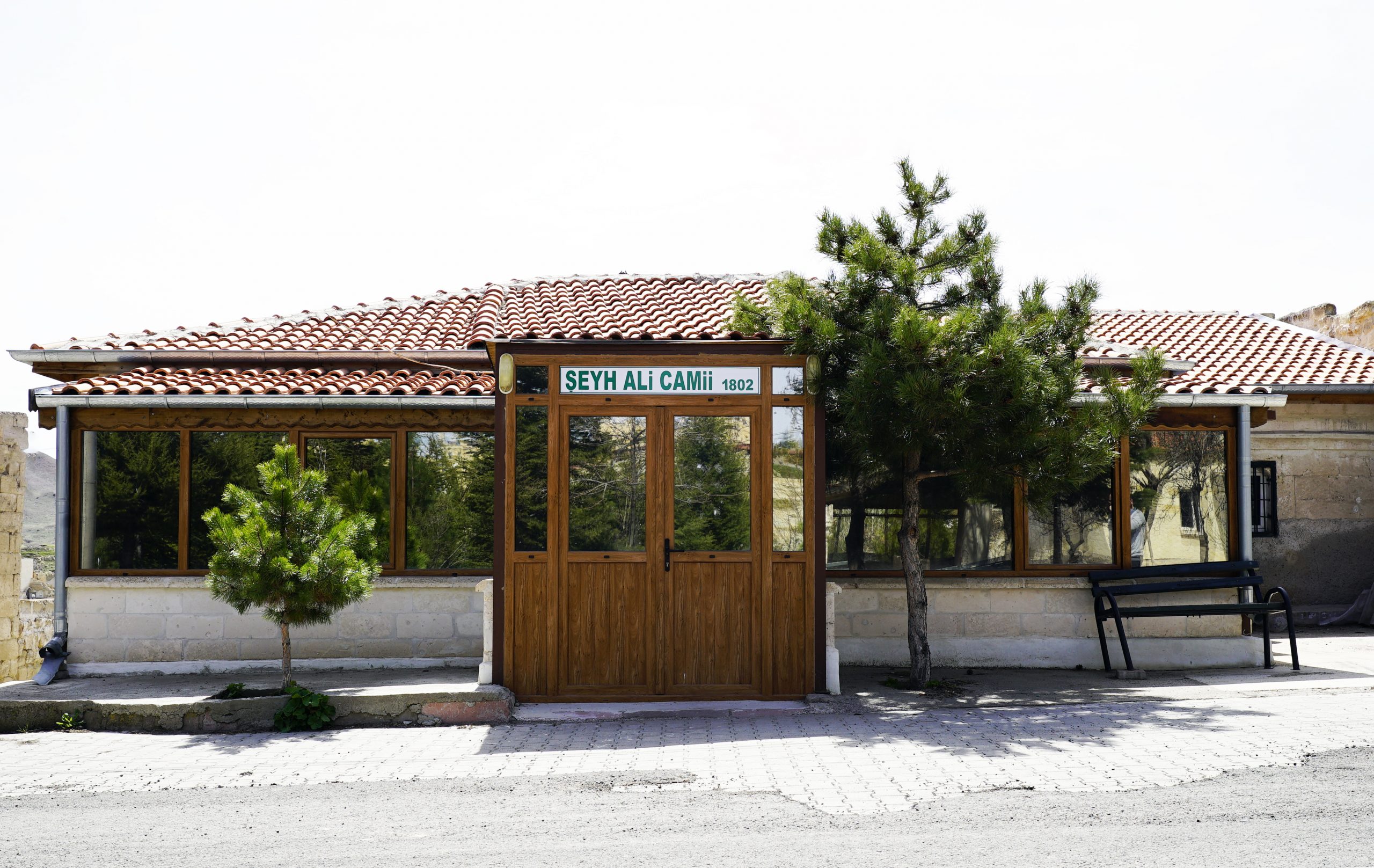 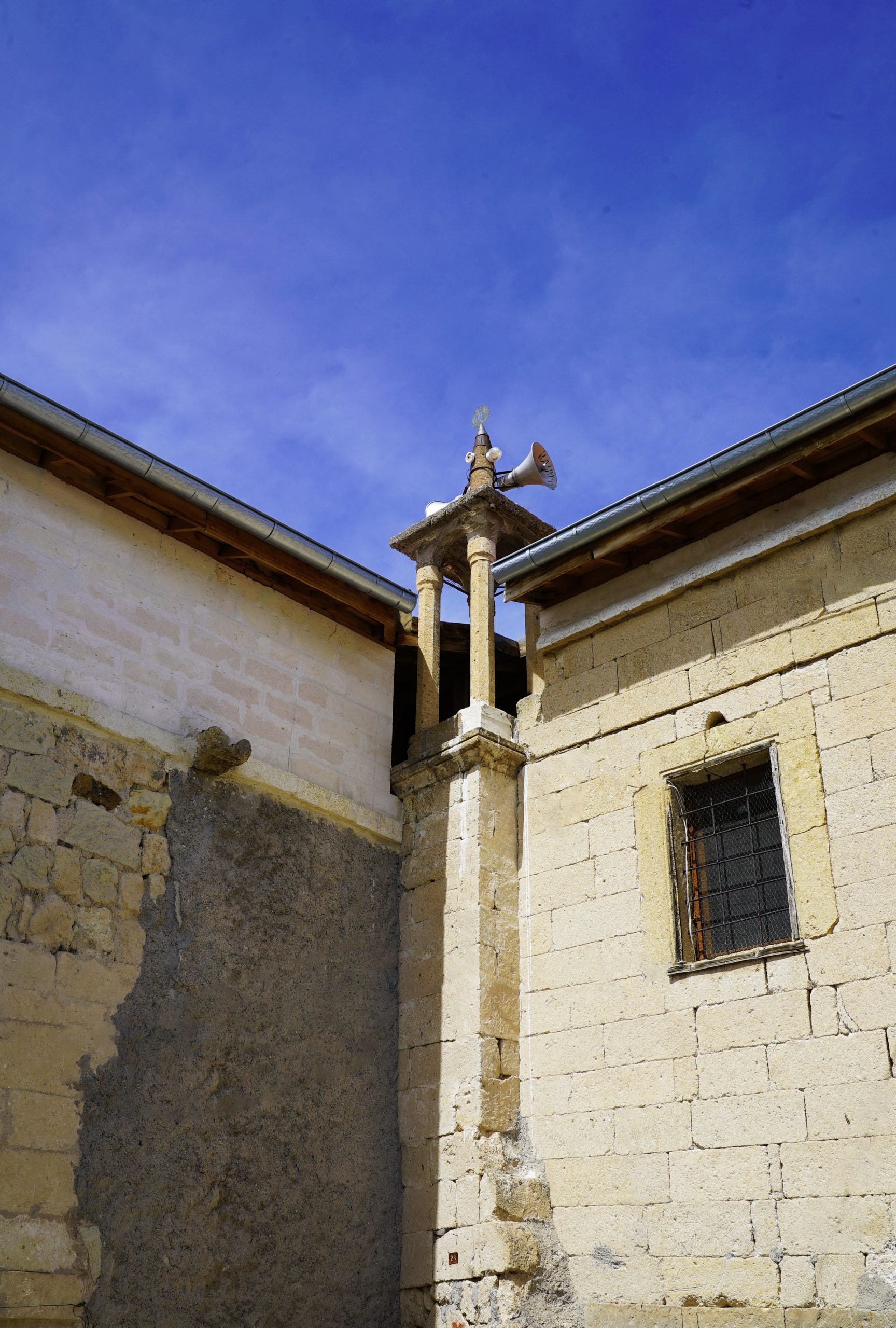 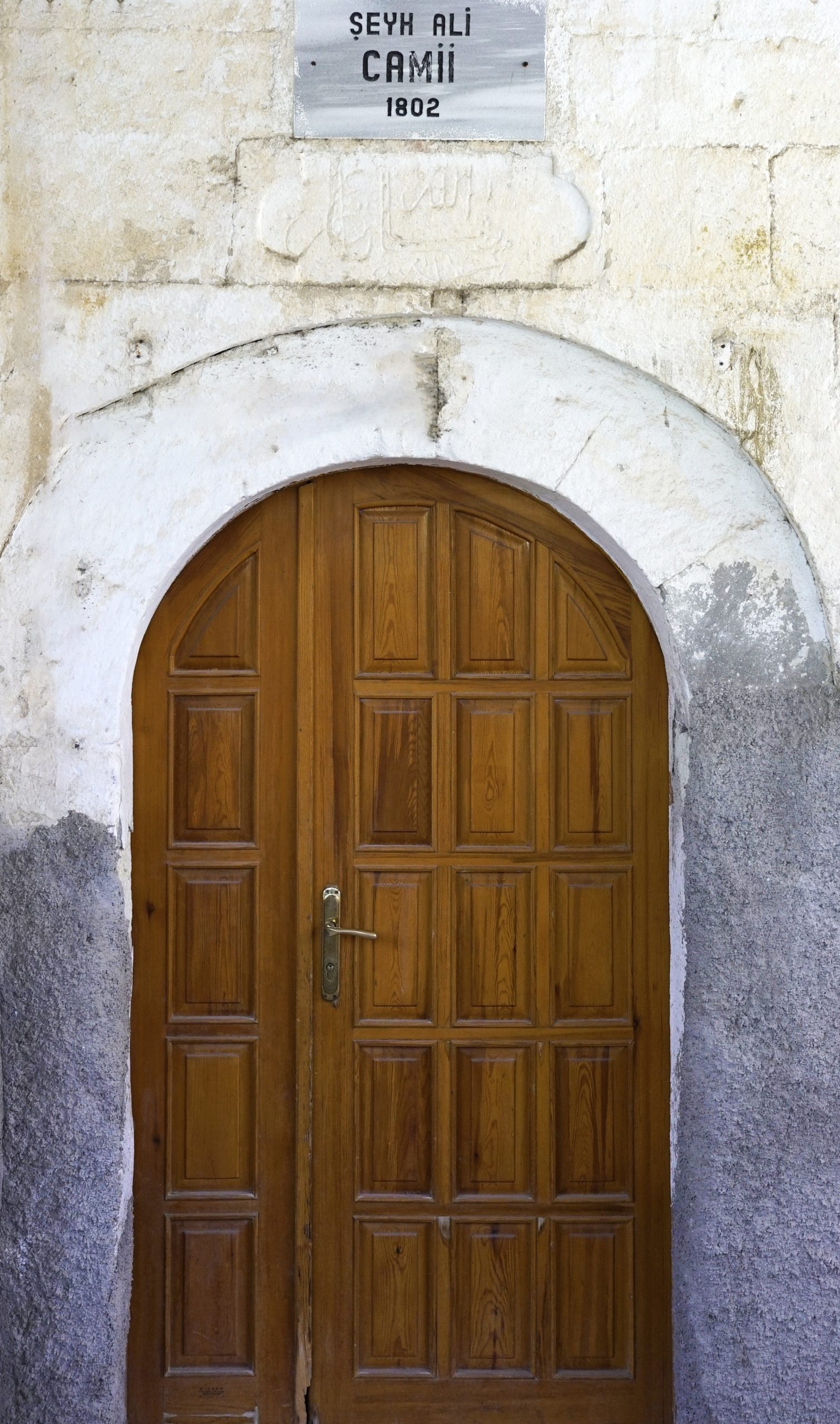 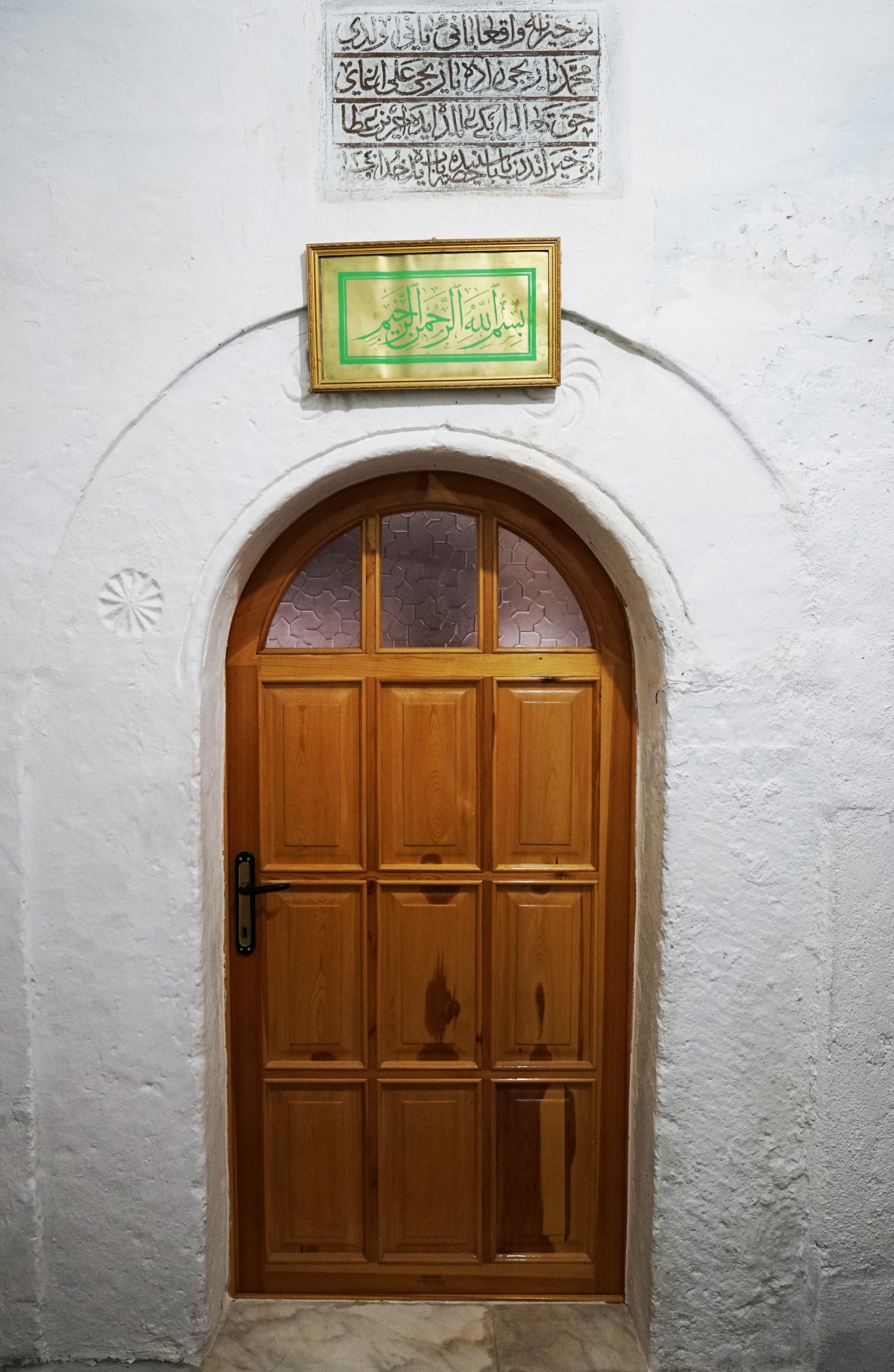 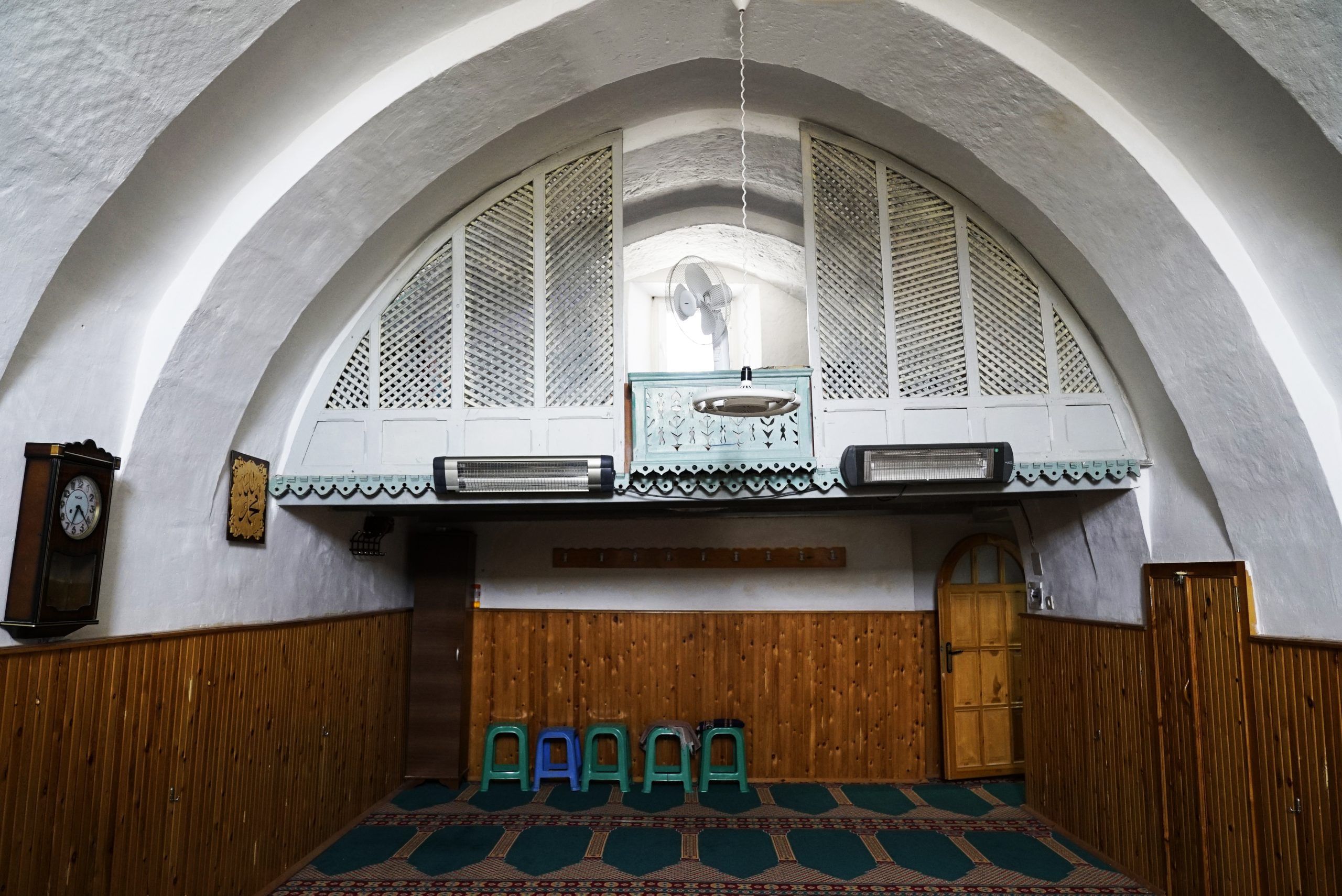 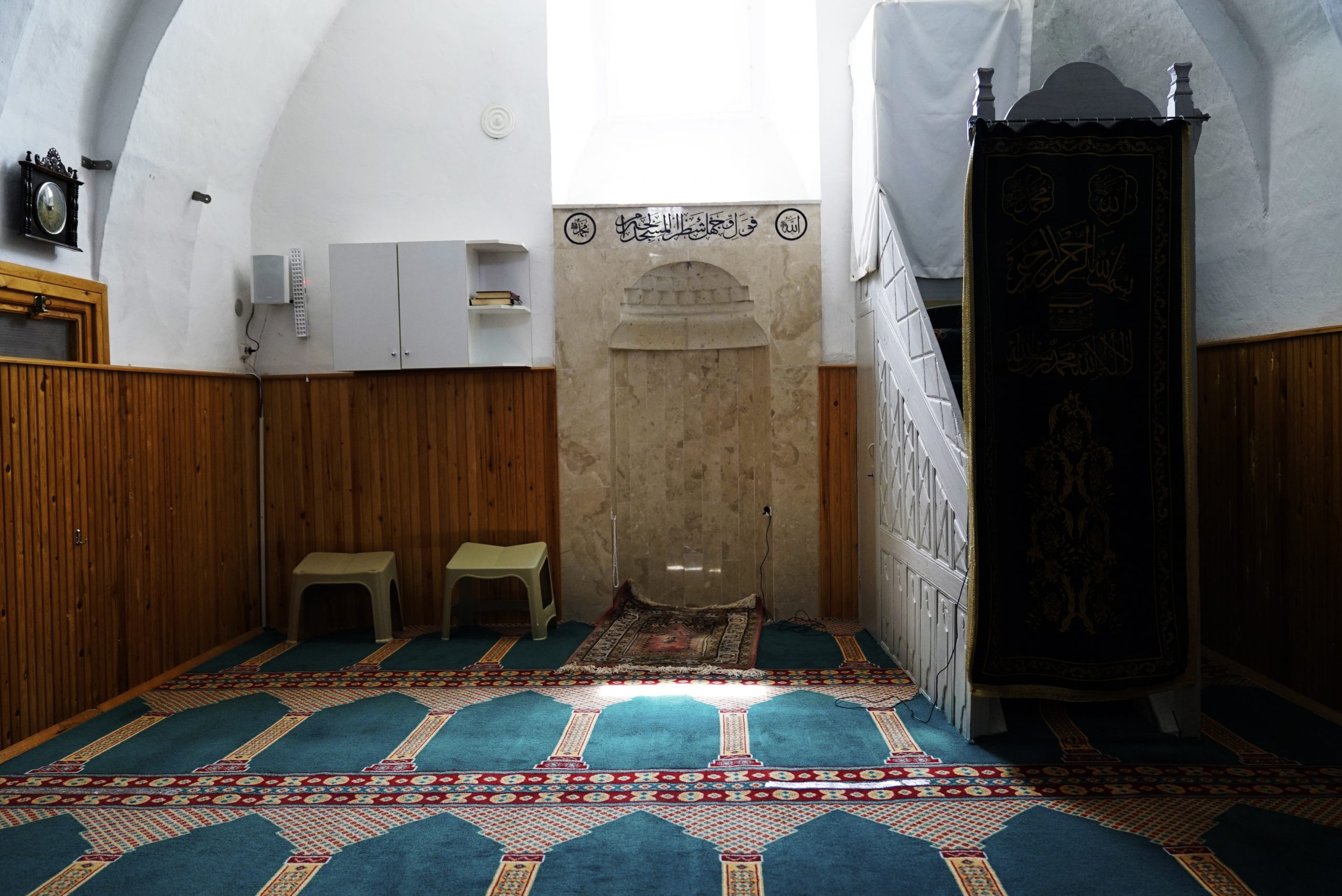 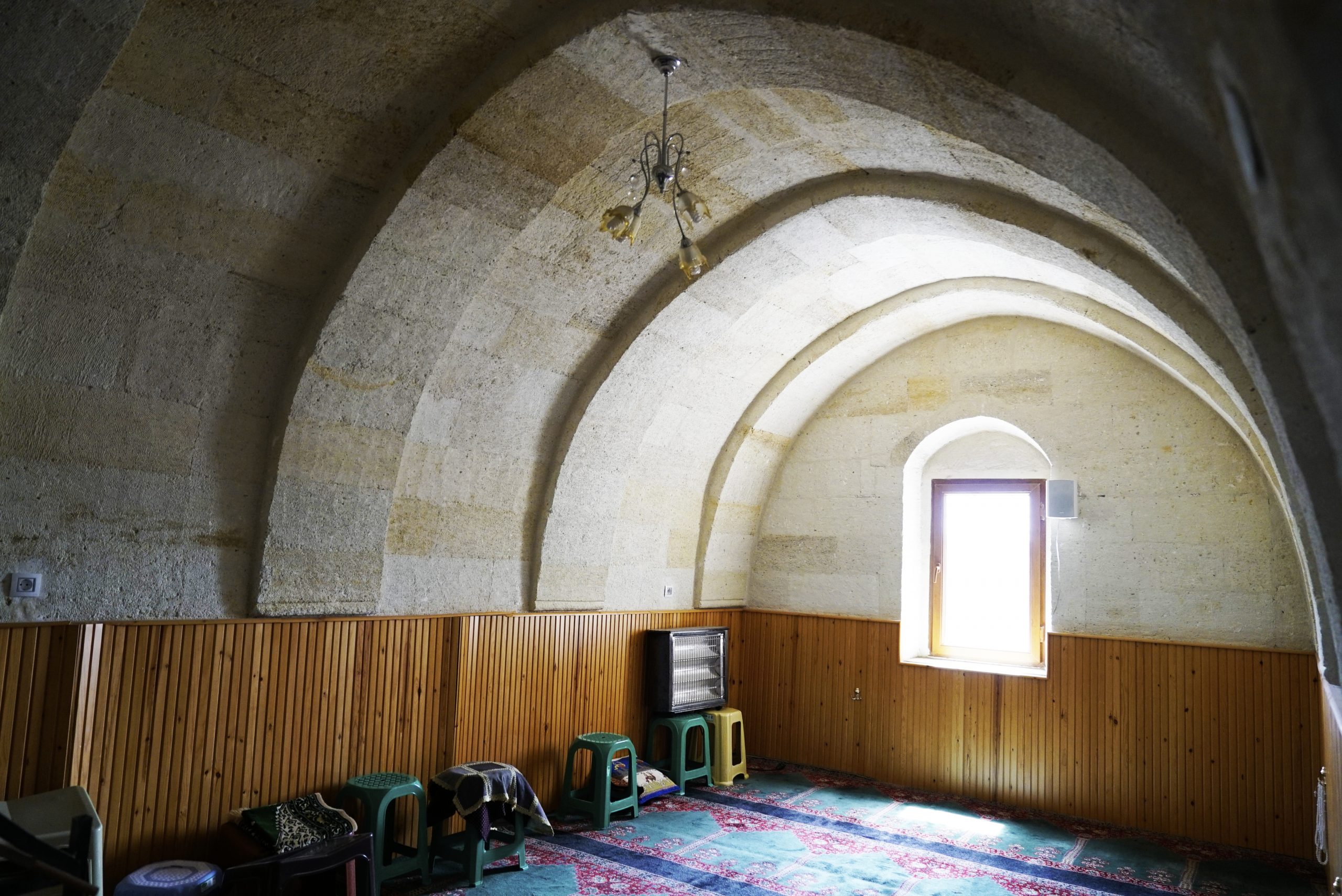 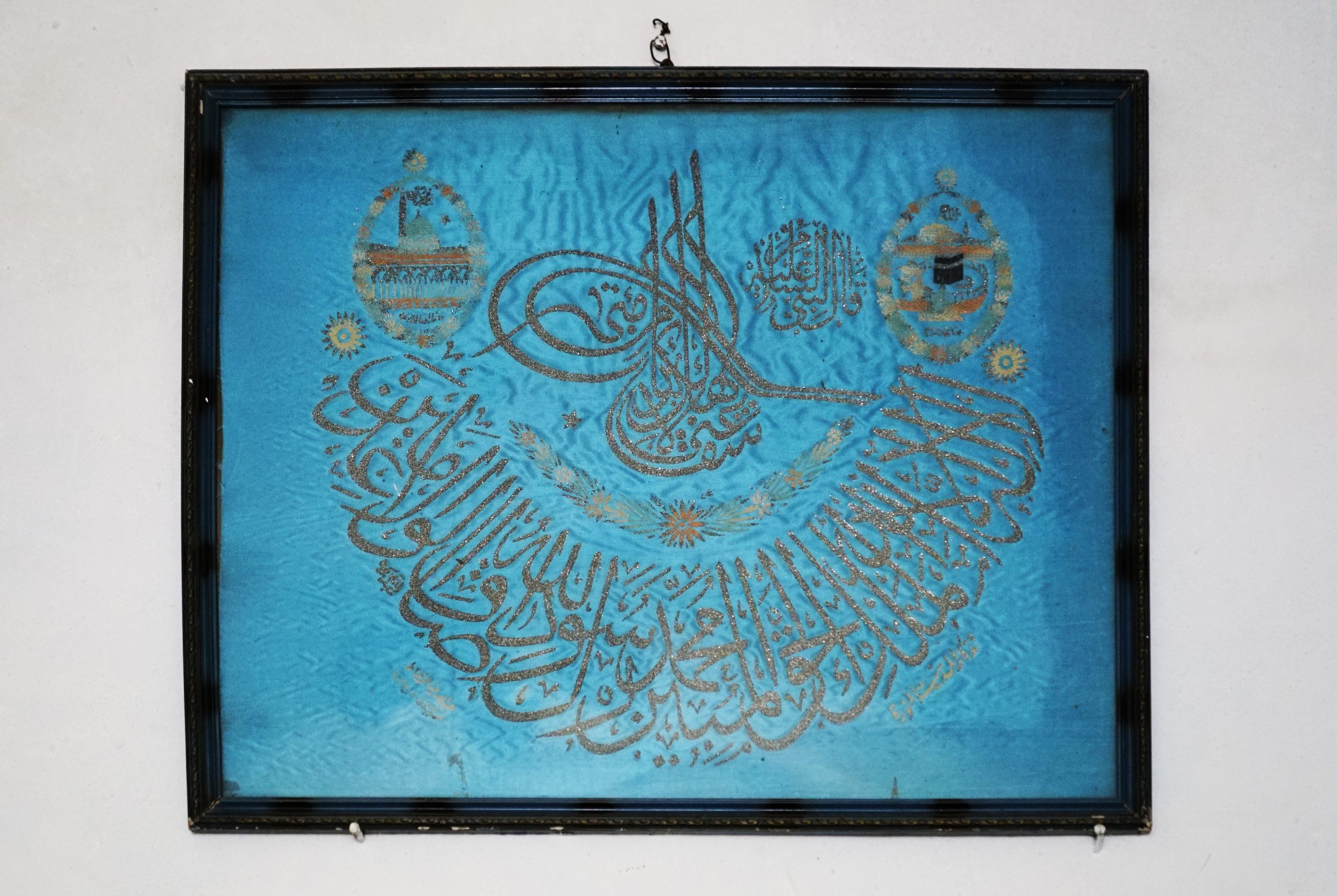 Sheikh Ali Mosque, like Sipahi Mosque, is located in one of the neighborhoods densely populated with Muslims during the Ottoman period, now known as Yukarı Mevkii. It is the only mosque whose original epitaph and donor are known among the mosques in Mustafapaşa. Today, the date of 1802 at the entrance of it does not reflect the original construction date. According to Ottoman inscription, it was built by Yazıcı Ali Ağa in 1824 (H.1240).

The enclosure added to the facade of the building, which was built entirely of smooth yellow stone, spoils the originality of it. The mosque was first built as a single space but has become today’s five-space structure with additions in the course of time.  There is a mihrab (praying niche) covered with marble in the sanctuary/harim, which has a single nave perpendicular to the mihrab and is covered with a pointed barrel vault.   Its entrance is on the north side of the east facade.  The entrance gate has medallions with passionflower and rosette motifs on the arch pediment; there is a four-line inscription above the entrance.

The inscription can be transferred as follows: It was he who built and created this miracle with art./ Muhammed Yazicioğlu Yazici Ali Aga,/ May Almighty Allah (God) reward her/his past in both worlds/ May Allah reward her/his father for this charity, the beginning of Muharram, M.1824.

The original minaret of the mosque, just like the other two mosques in the village (Camii Kebir and Sipahi Mosque), is in the form of a kiosk minaret and is located in the southeast corner of the building.