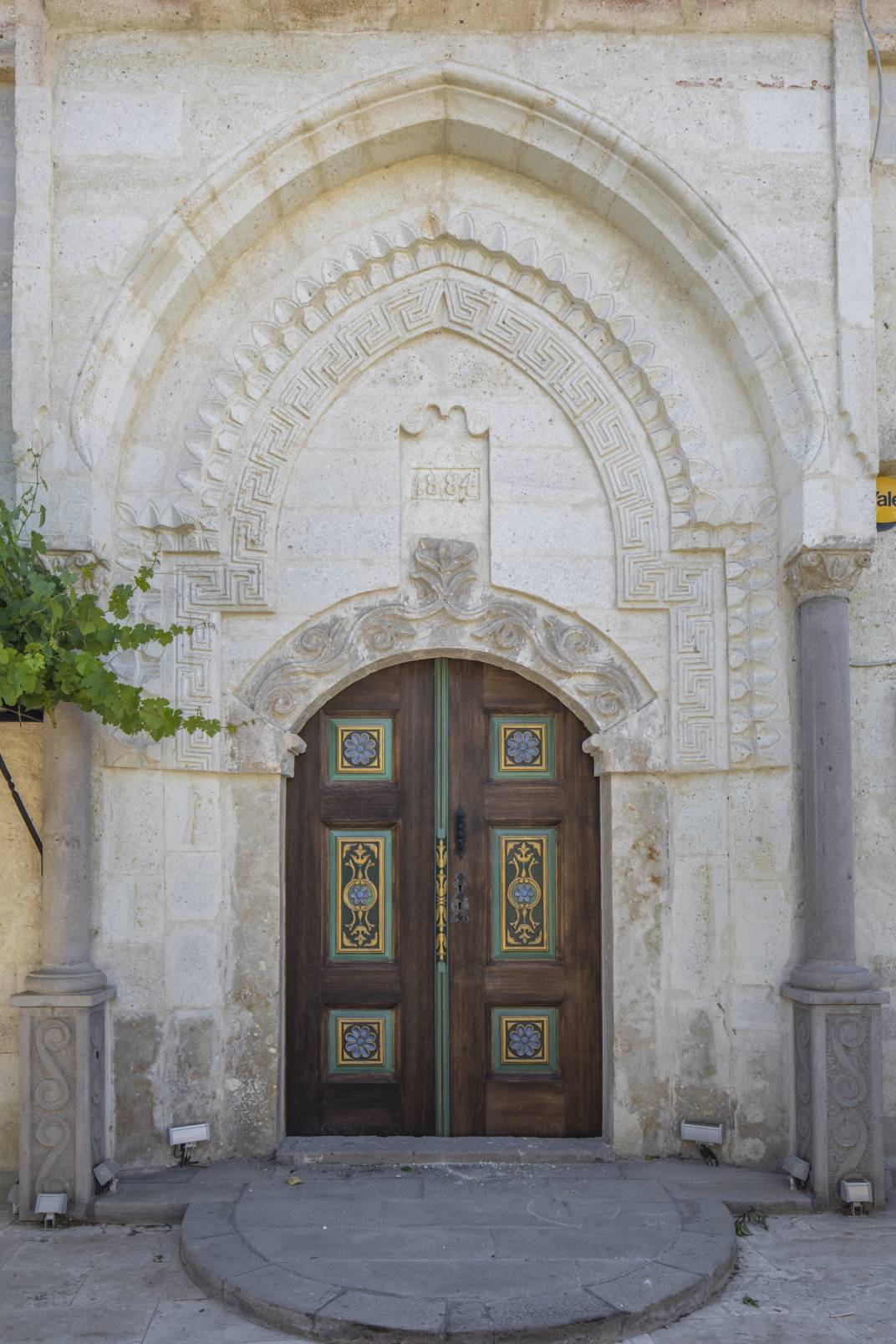 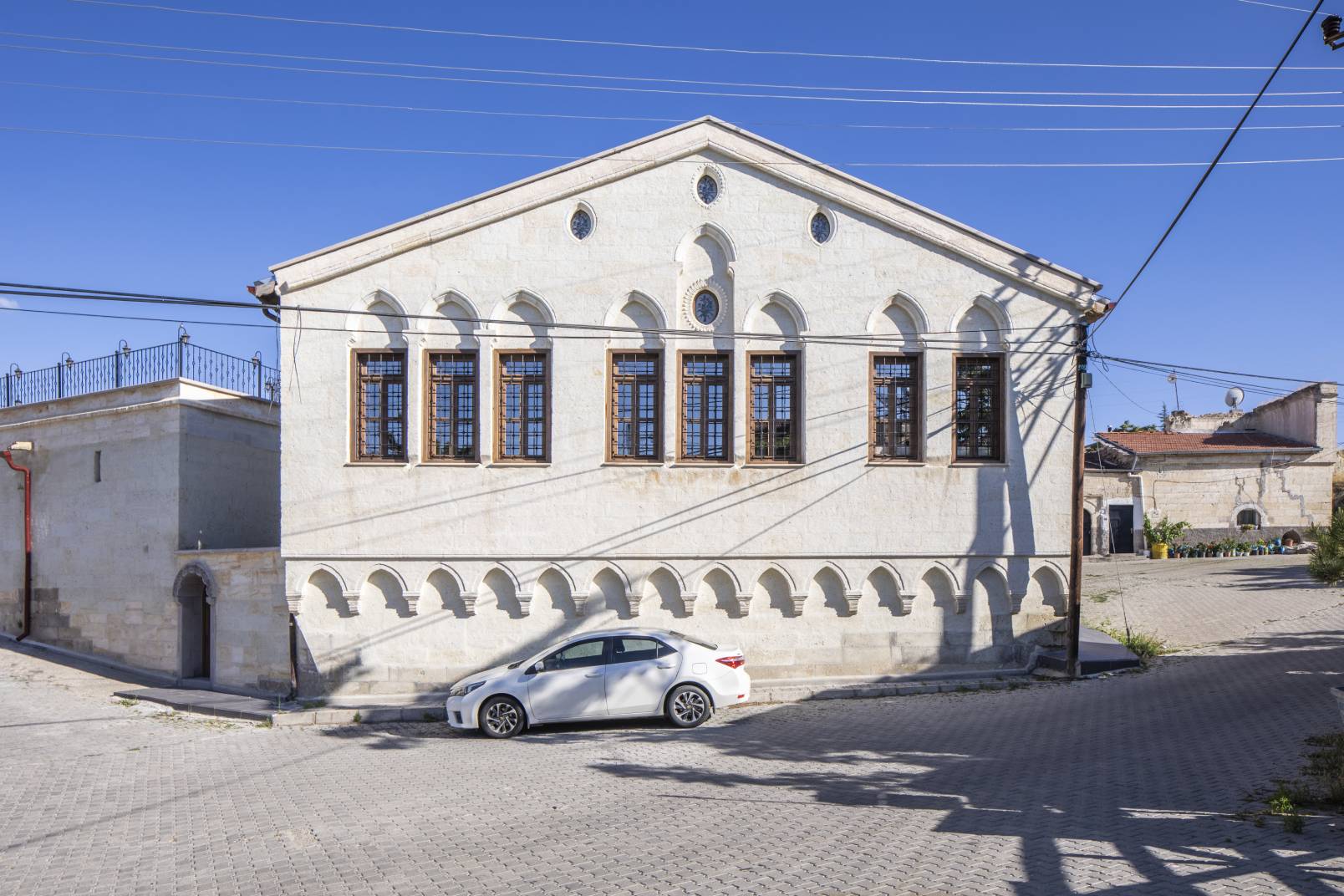 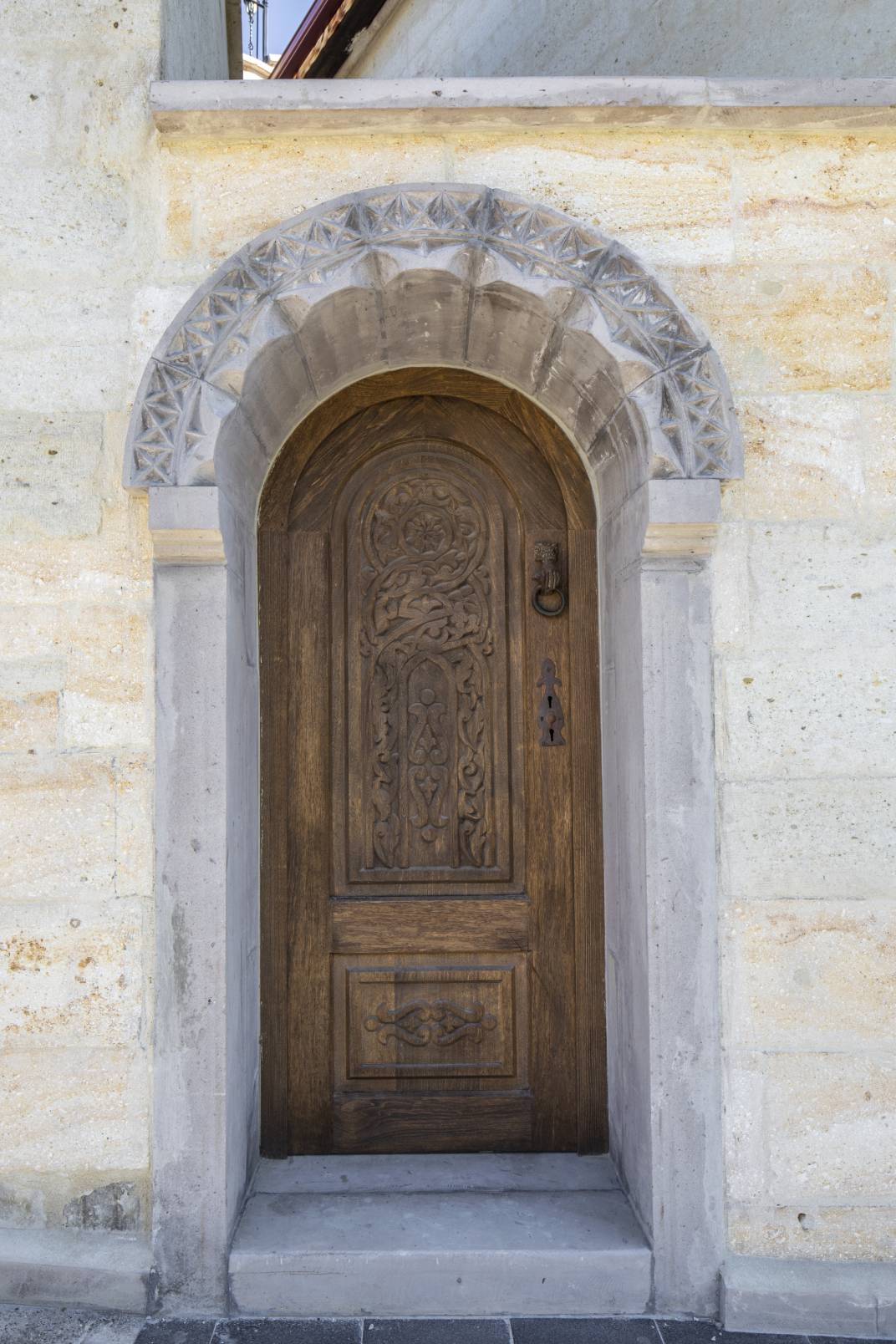 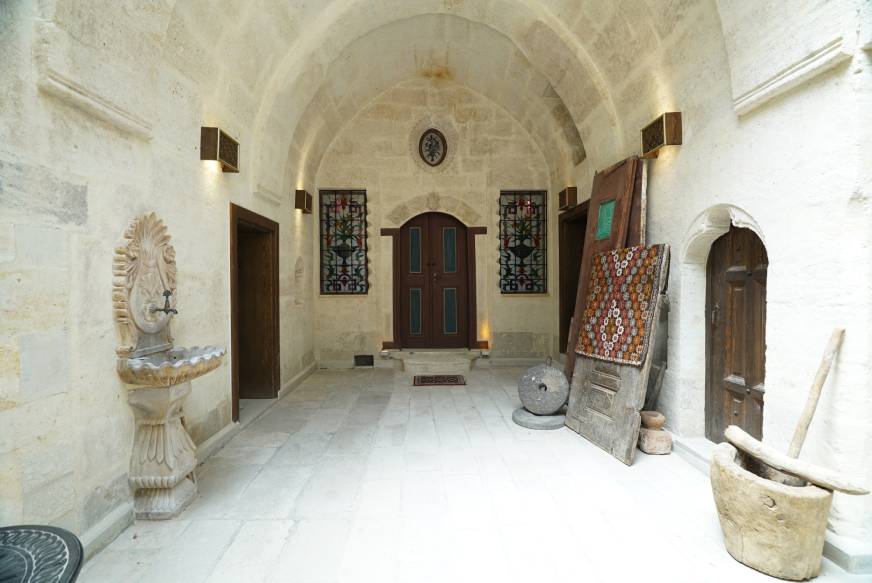 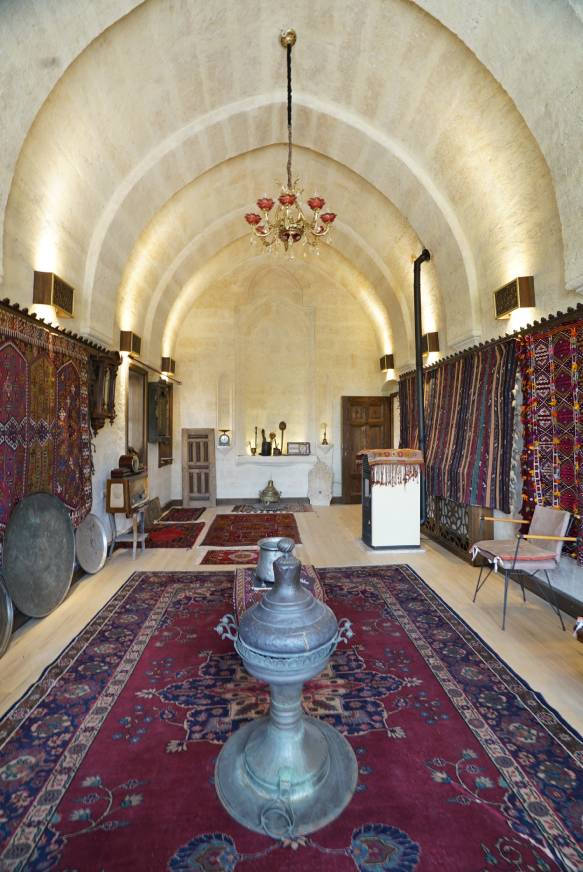 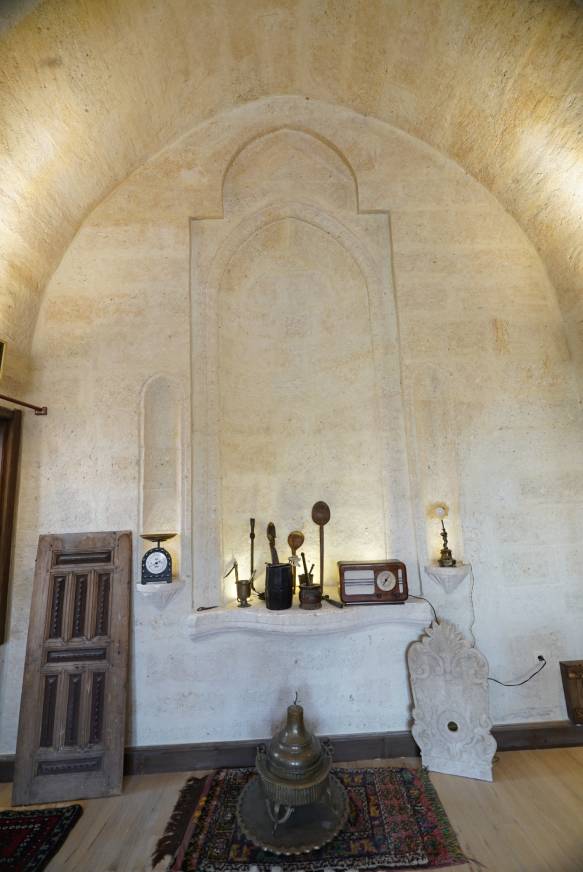 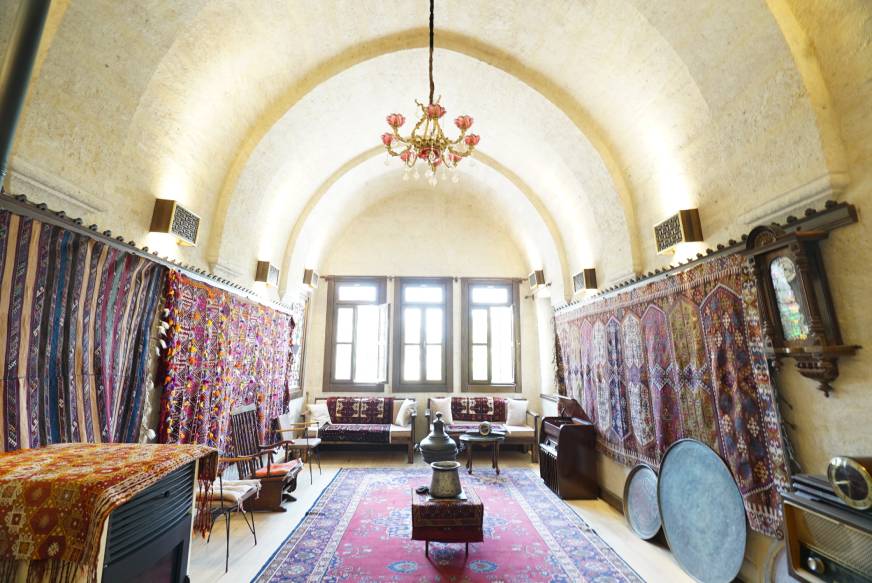 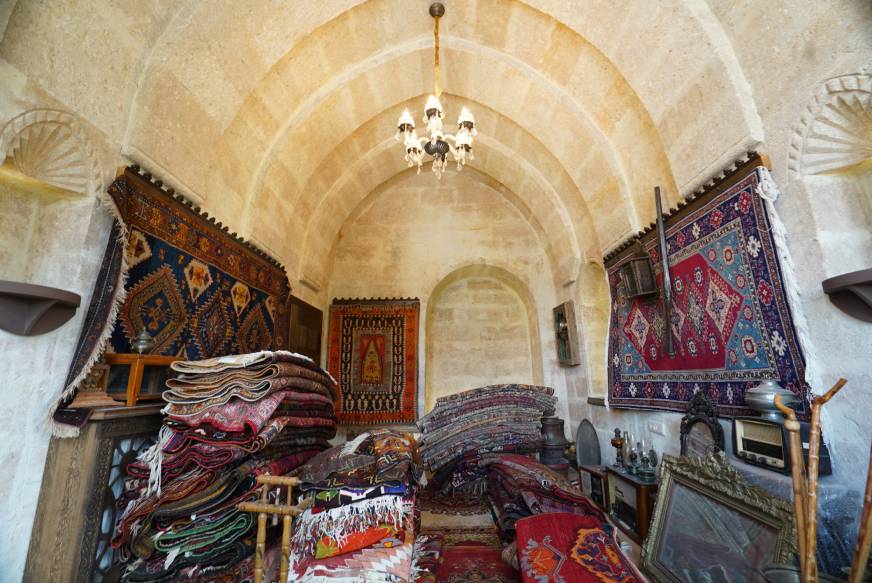 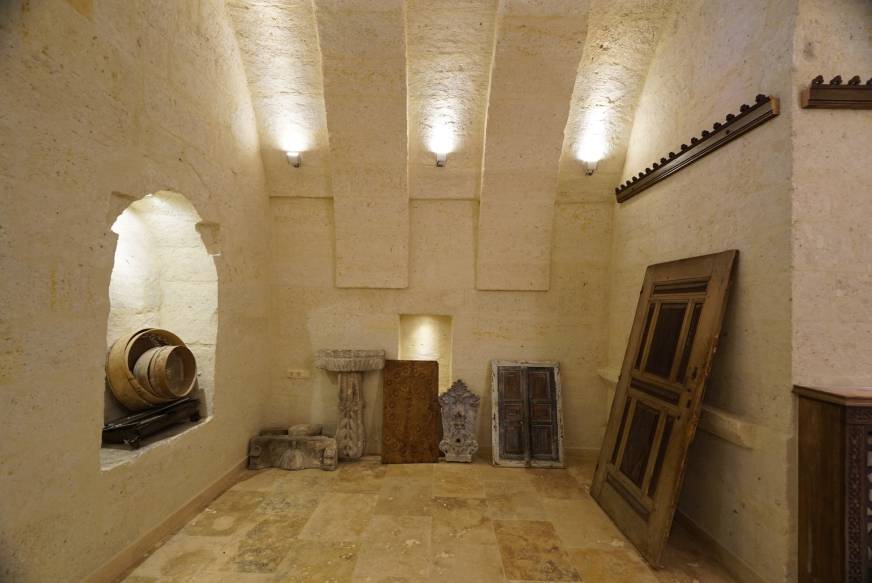 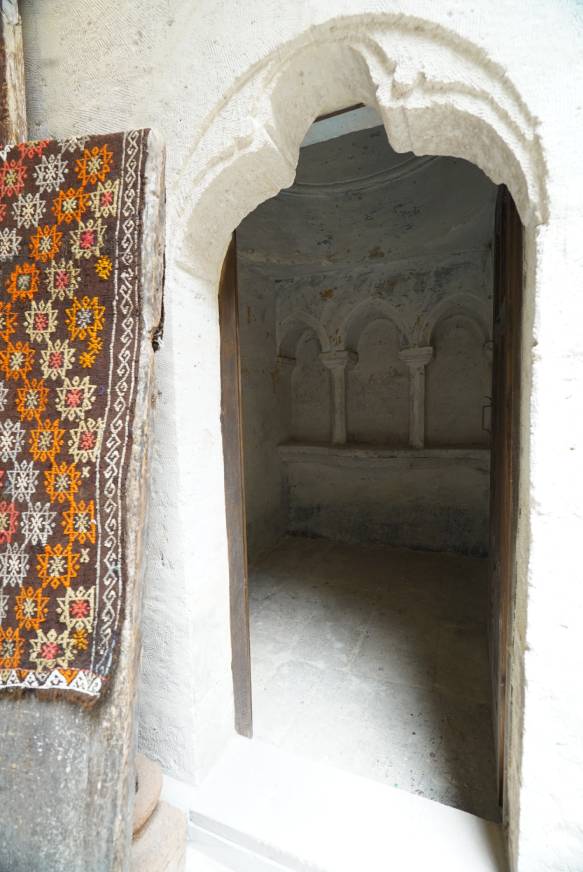 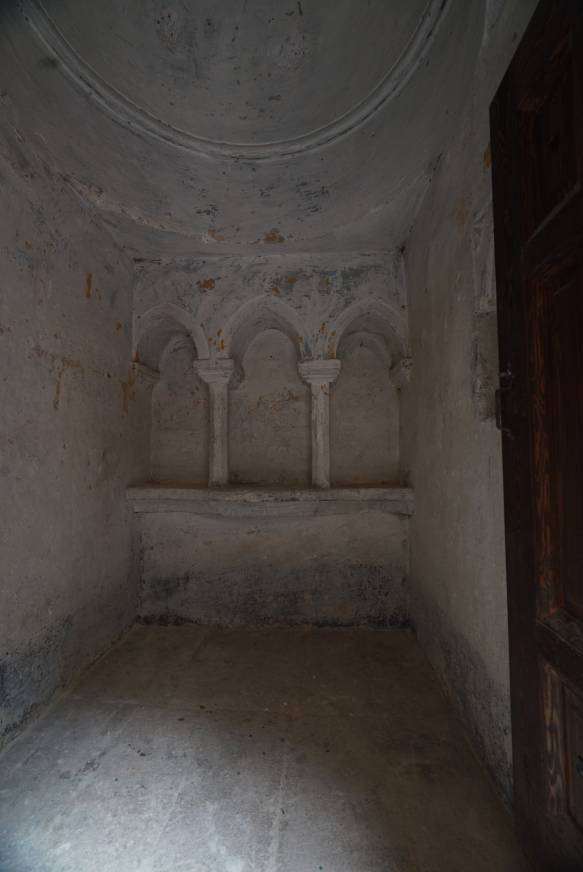 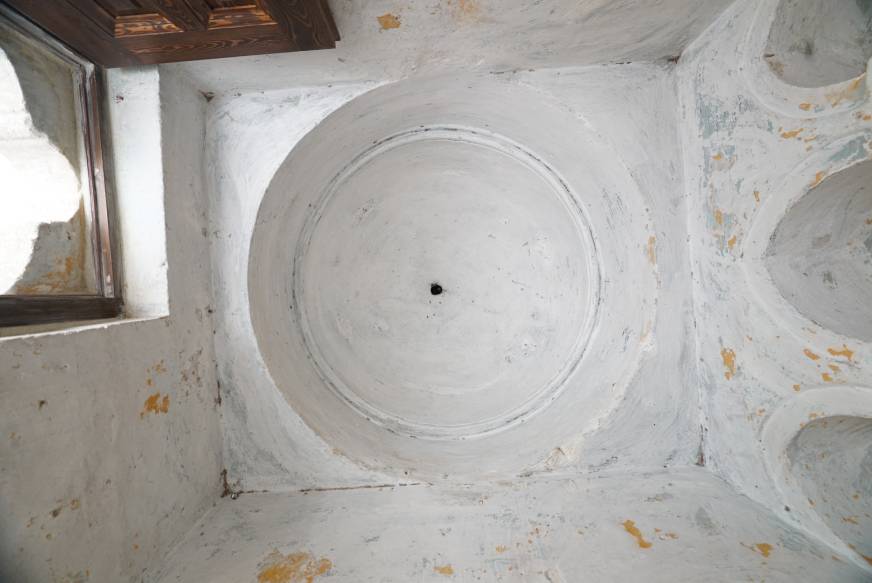 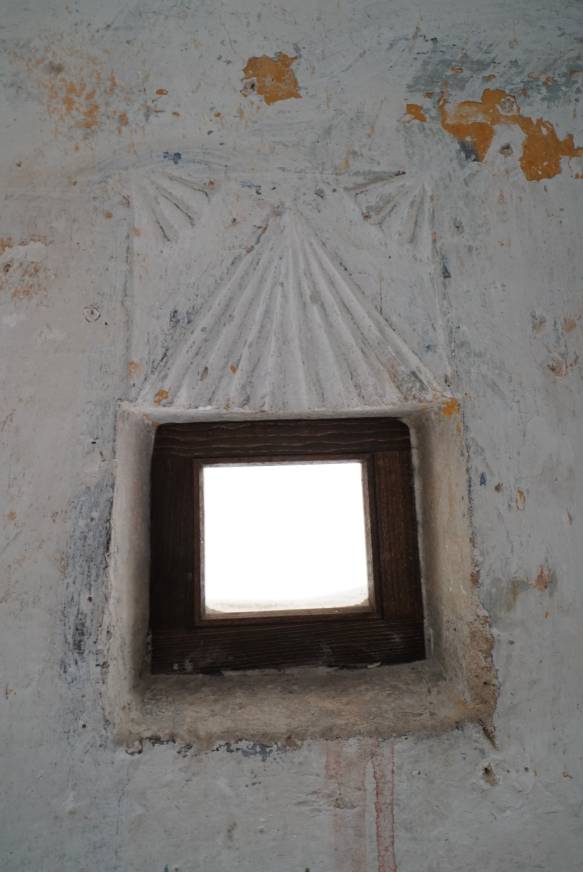 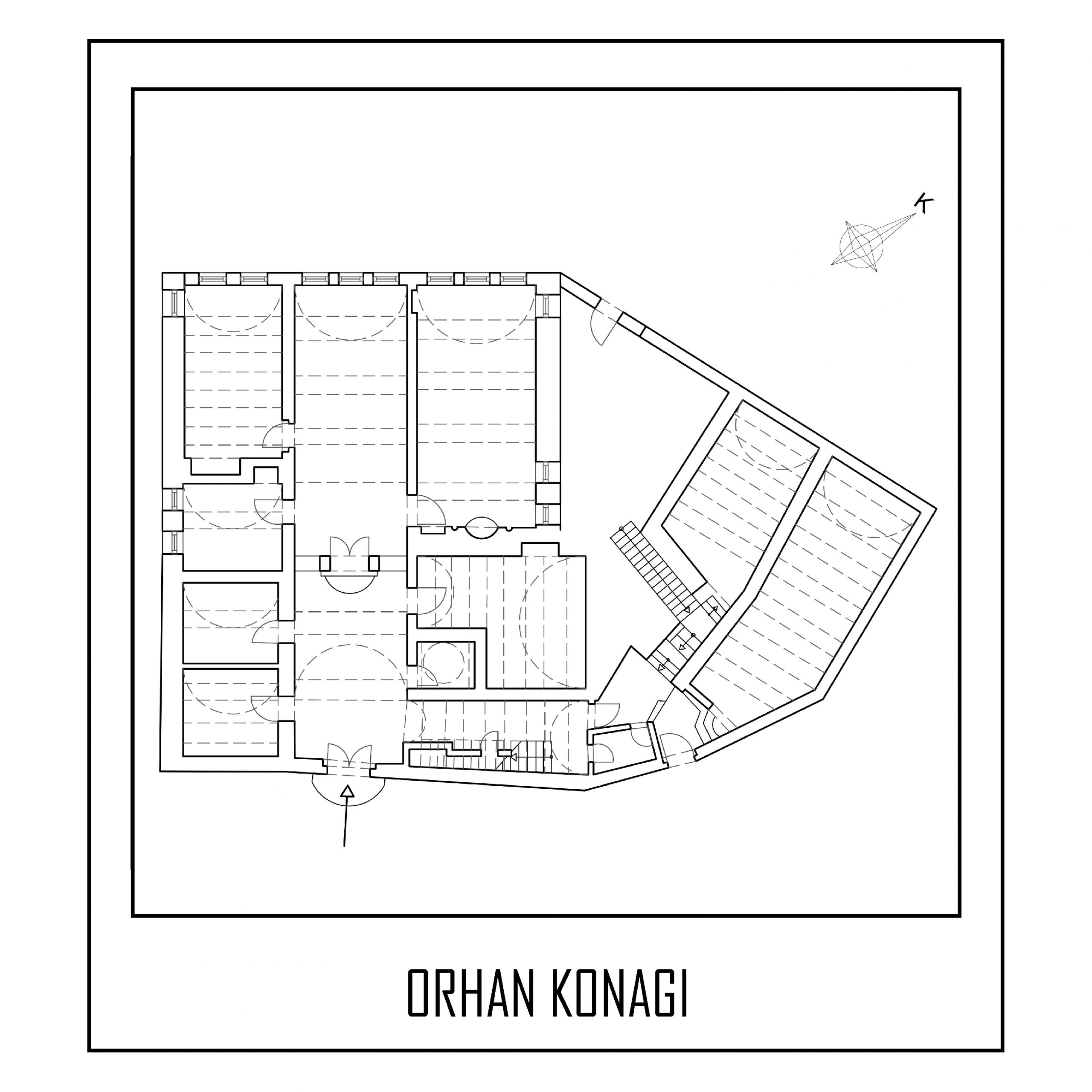 The owner of the mansion, built in 1884 according to the inscription on the entrance door, is known as “Müsellimoğlu.” The Orhan family, who settled in the mansion after the population exchange, lived in this house for many years. The facade of the mansion was painted red, so it is known as the “red mansion.” The house has now been converted to its original stone color. The mansion, used as a house before, is now privately owned and functions as a carpet museum. The mansion has two floors and a polygonal plan.

The main entrance door of the building, which has two entrance doors, is located on the eastsouth facade, and an inscription showing the date of construction can be seen on it. An open courtyard is entered through the doubled-winged wooden door, made later by simulating the original. There is a well-preserved chapel on the right side of the courtyard and a rectangular prayer area right next to it. There are three rectangular vaulted rooms opening to the hall entered from the courtyard. Stones on the building walls were made with masonry technique; wooden materials were used in the door, ceiling, and window elements.