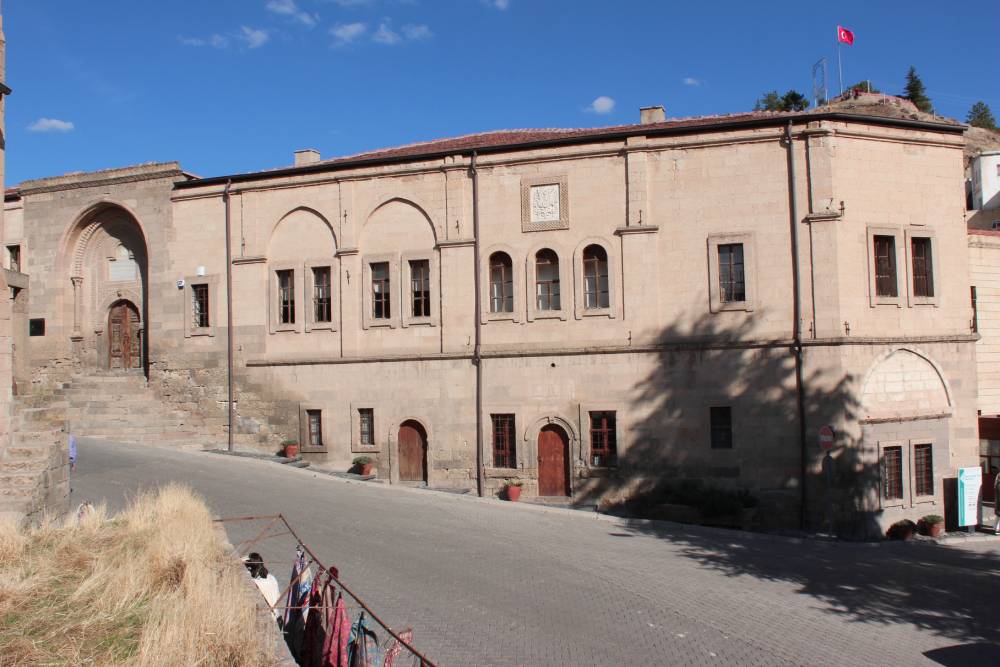 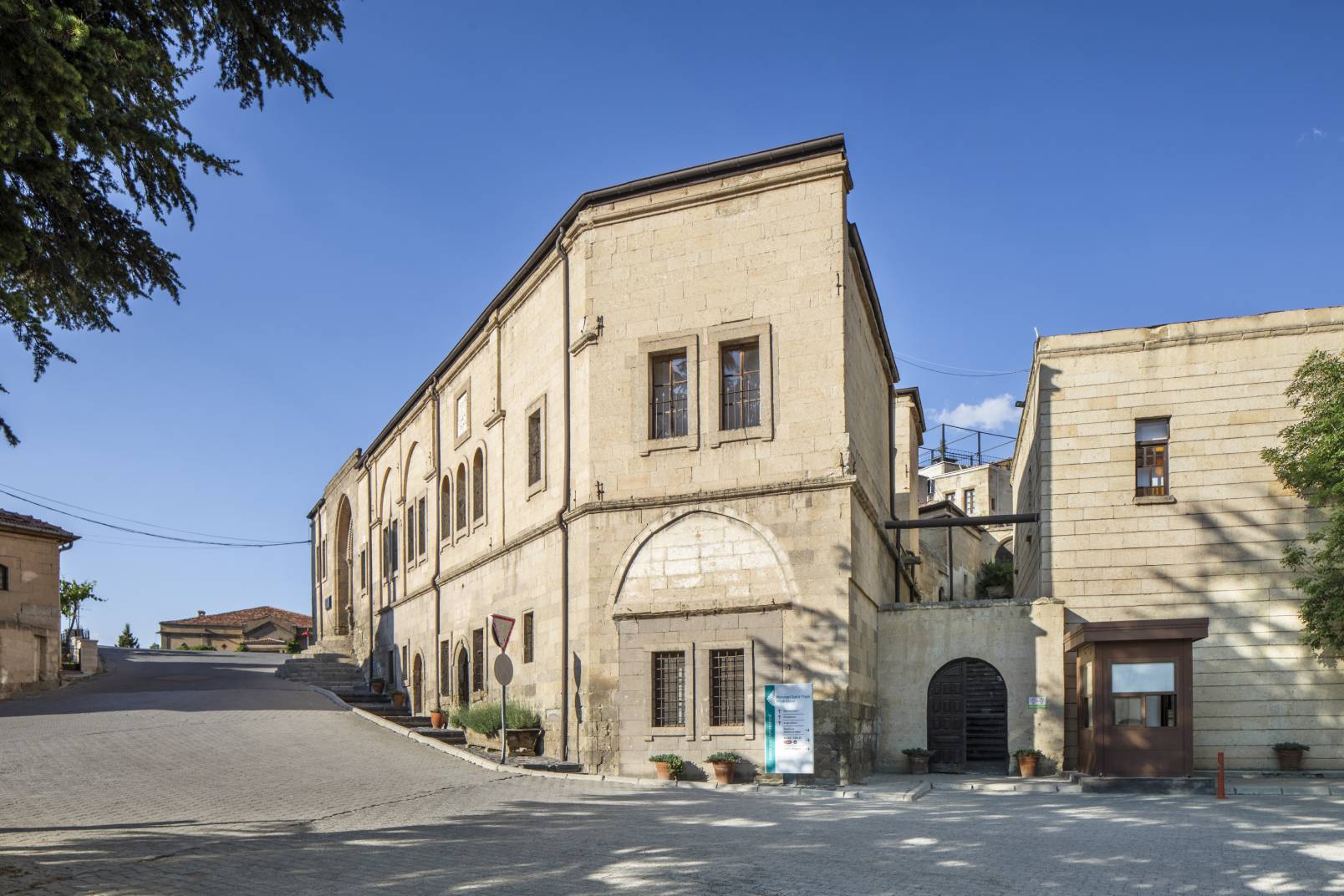 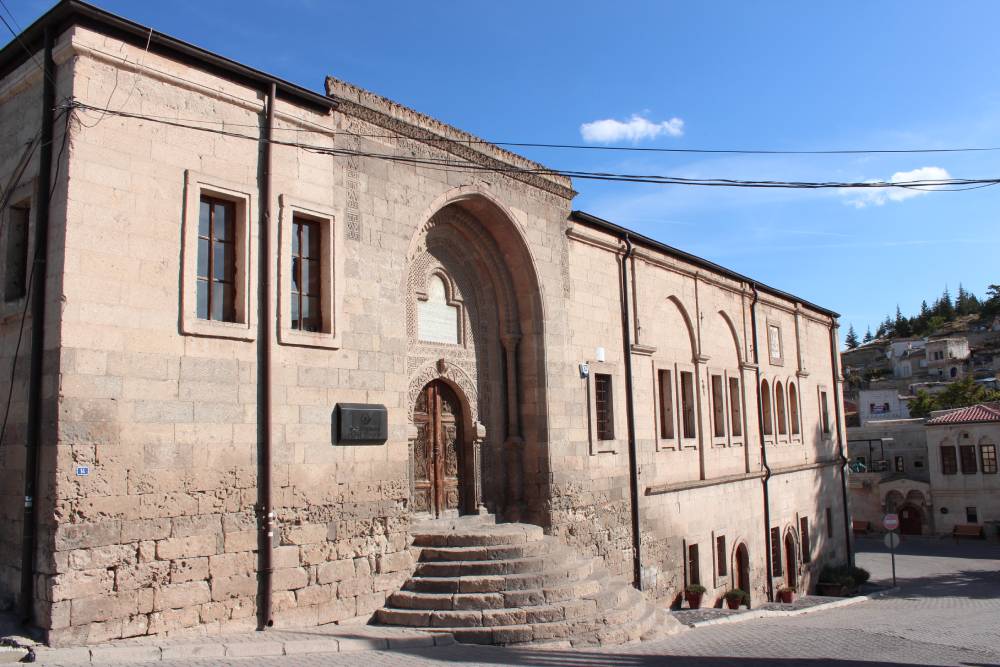 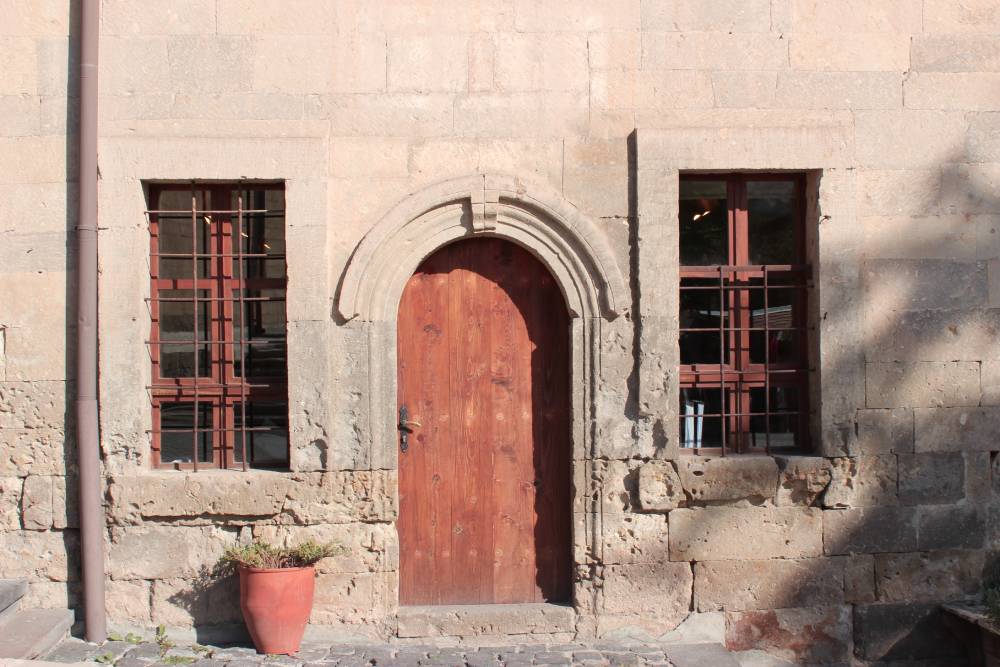 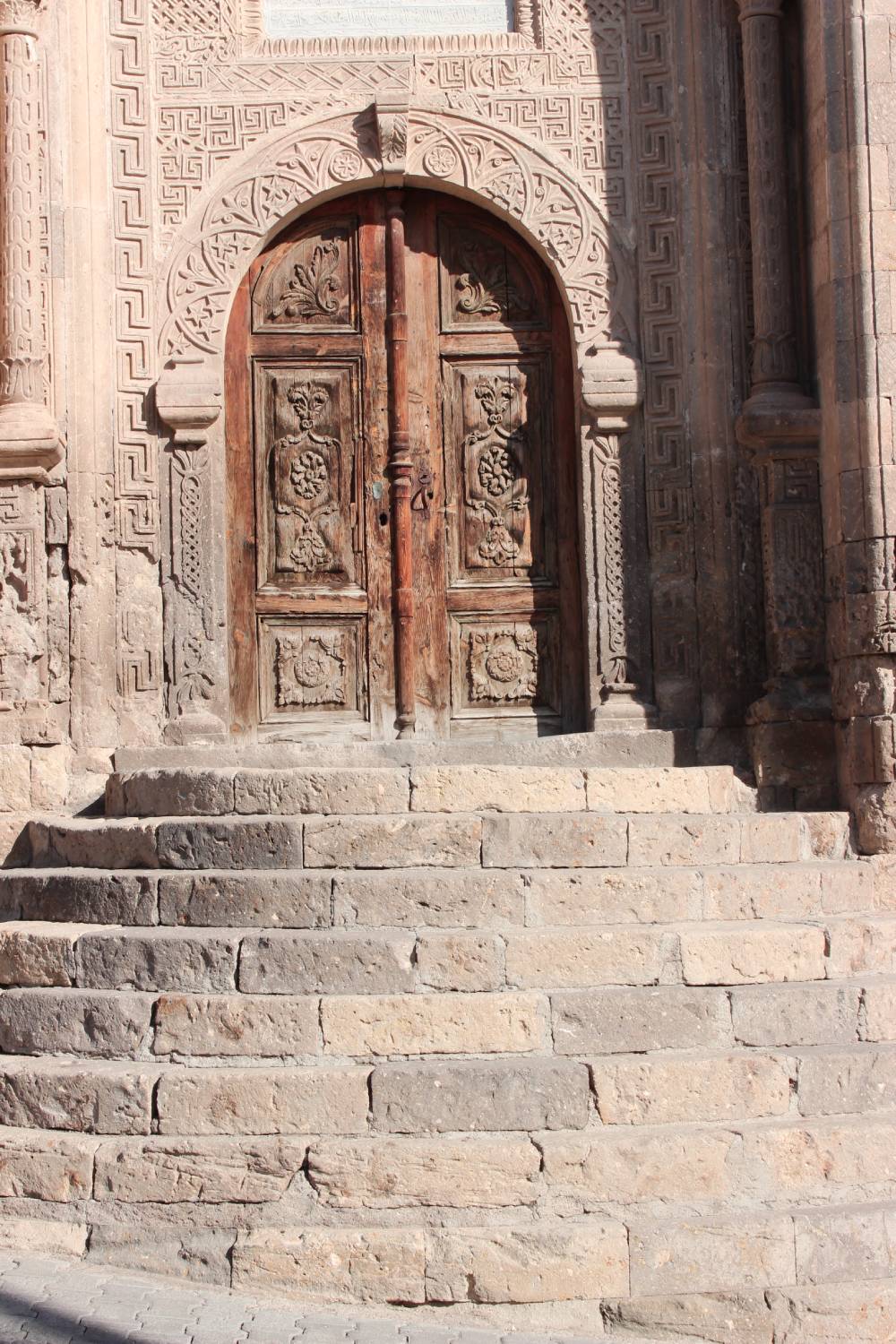 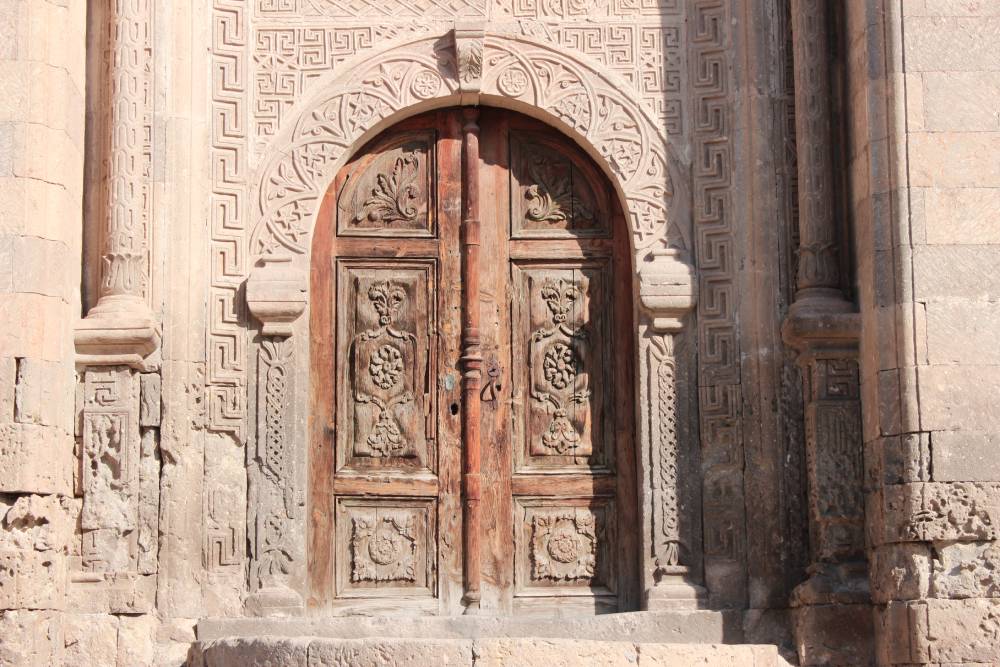 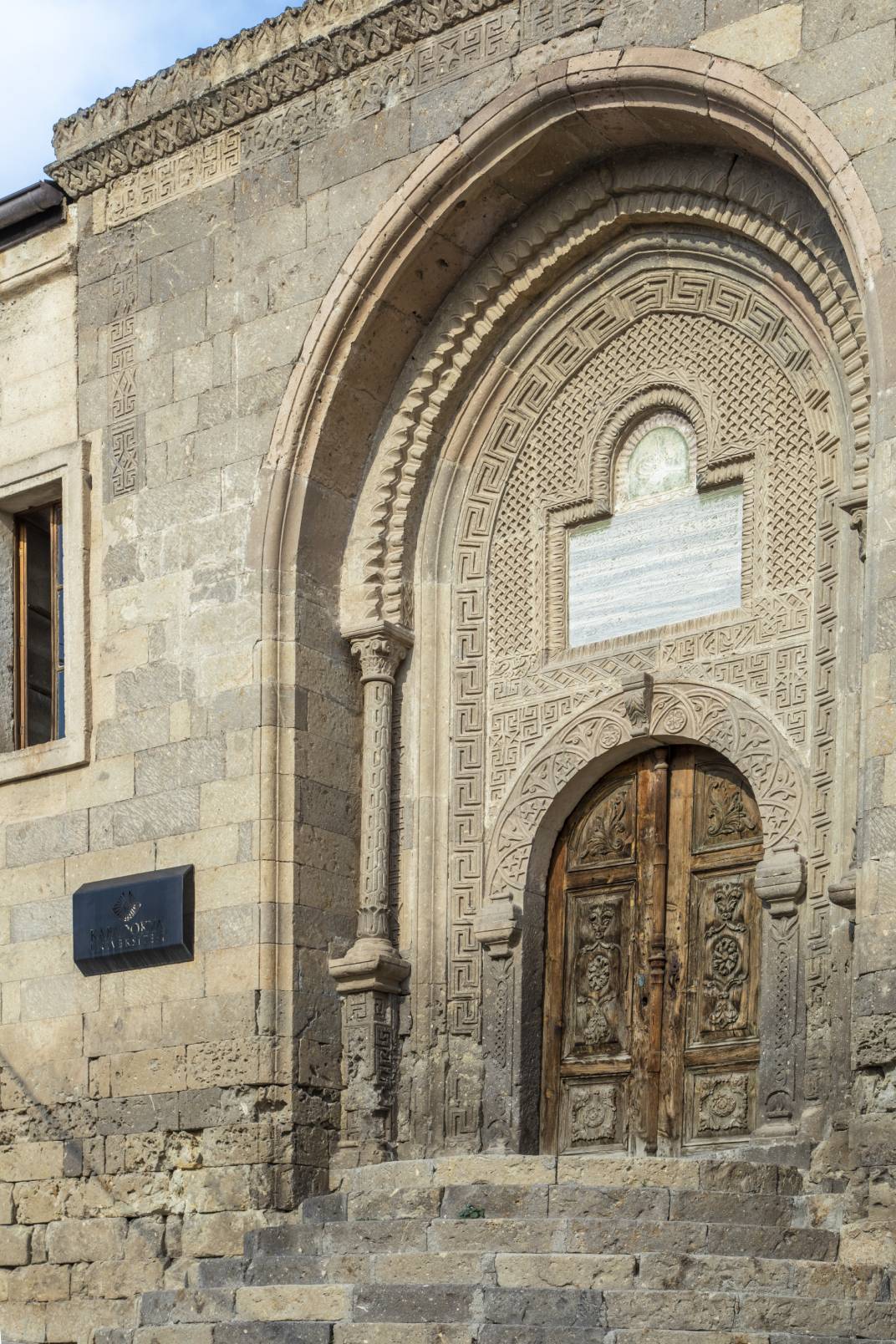 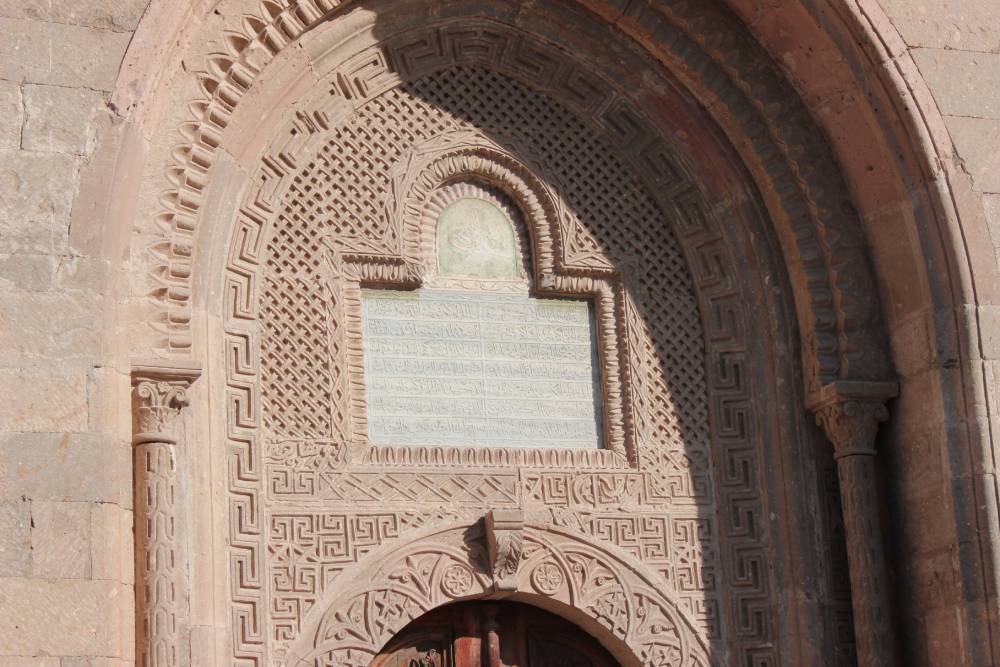 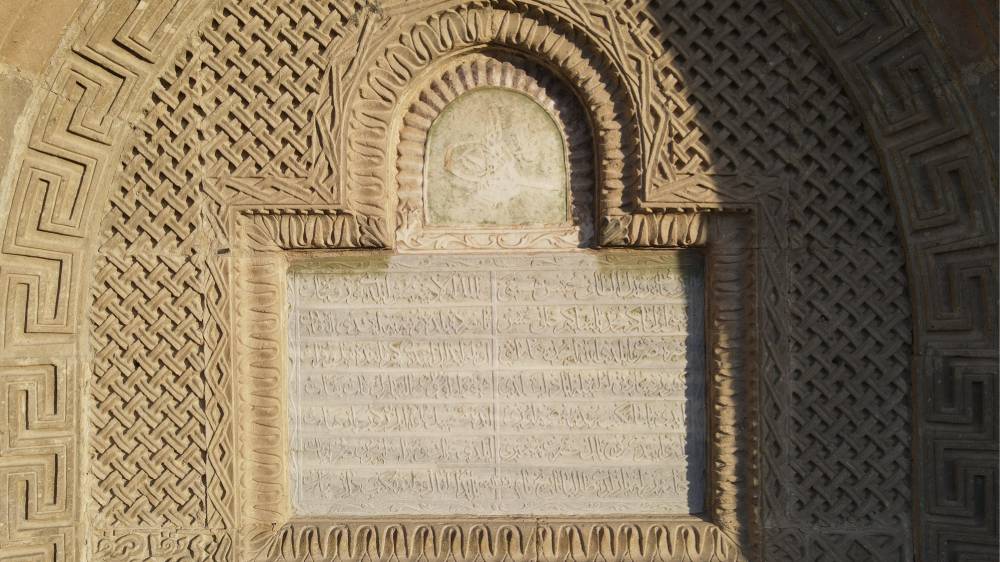 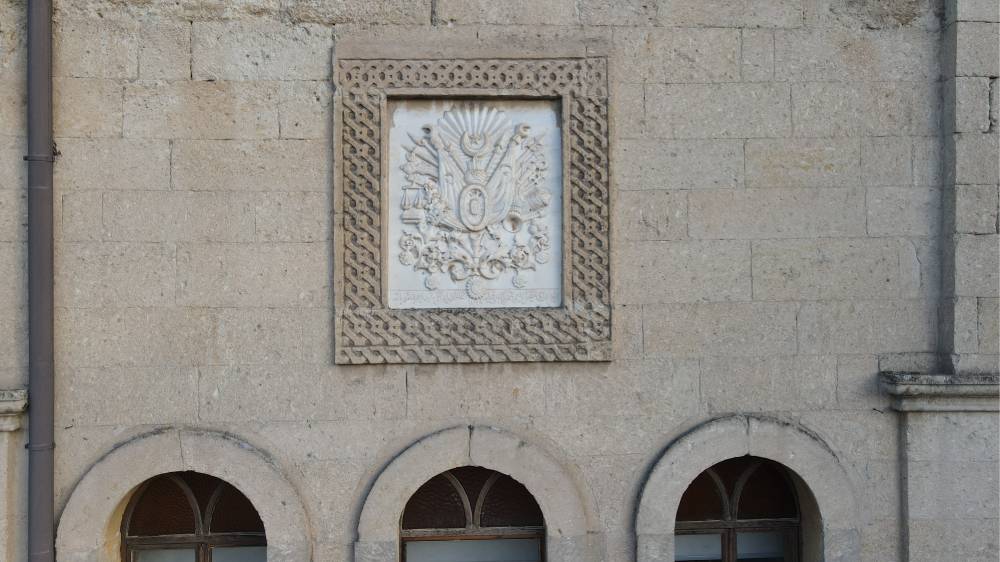 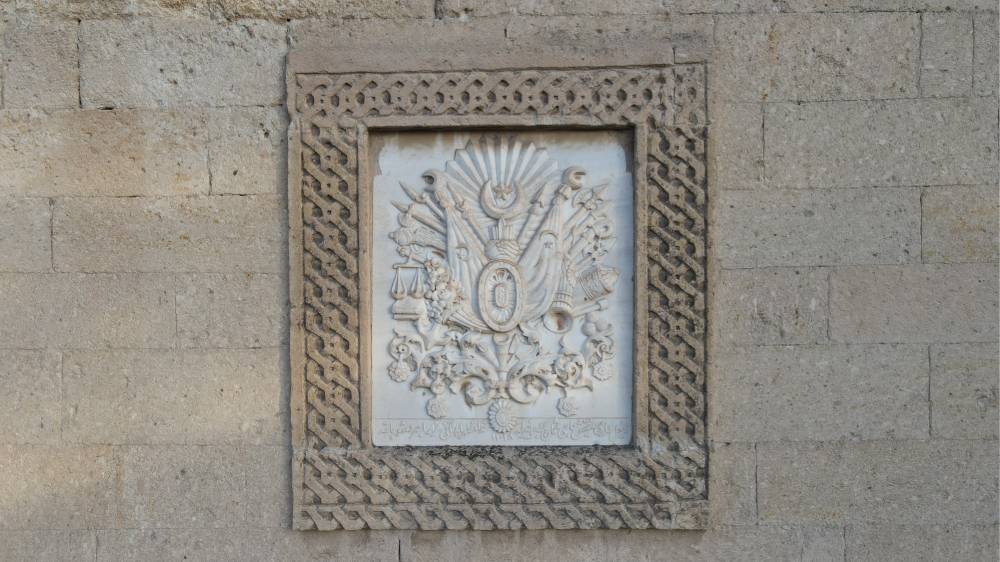 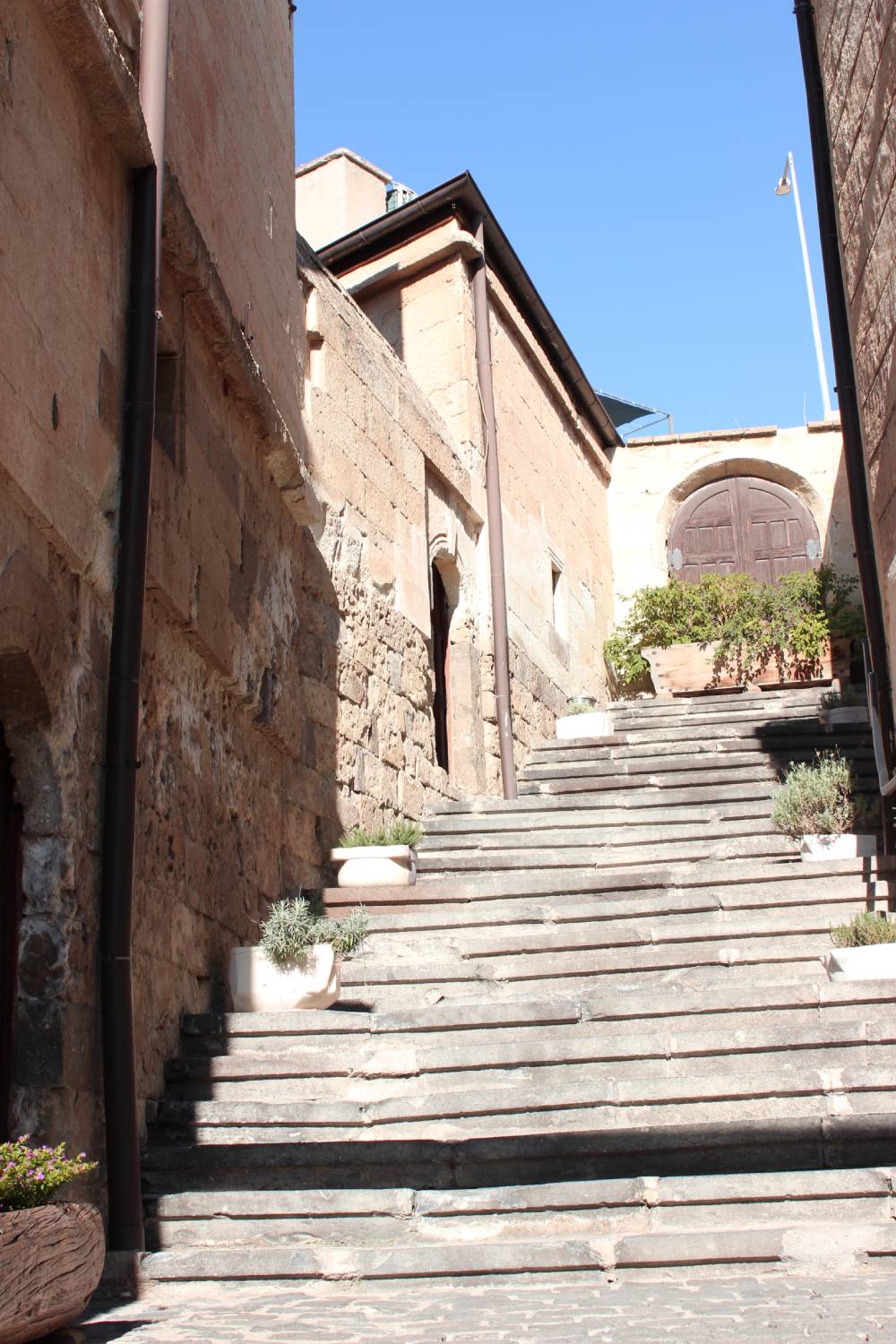 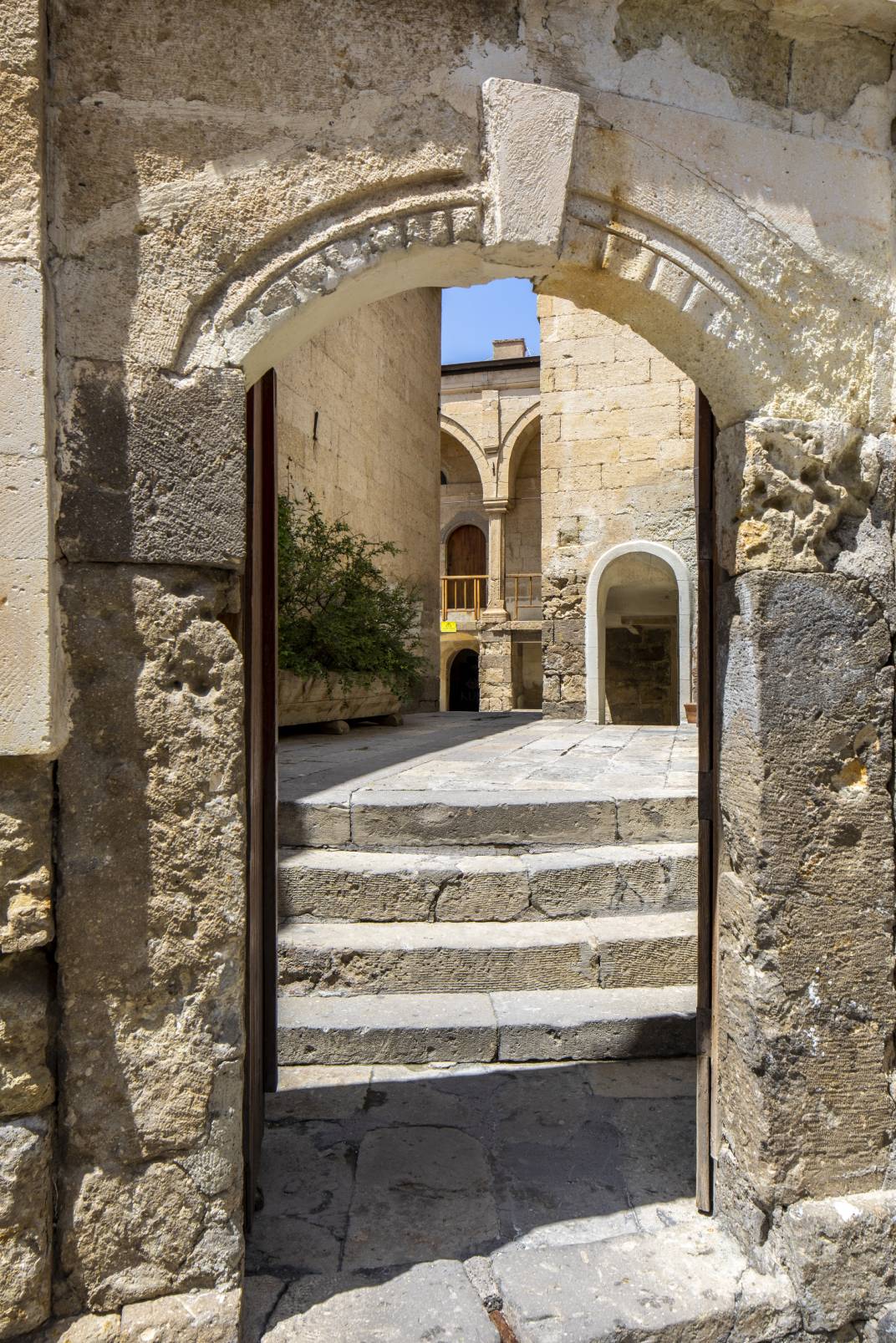 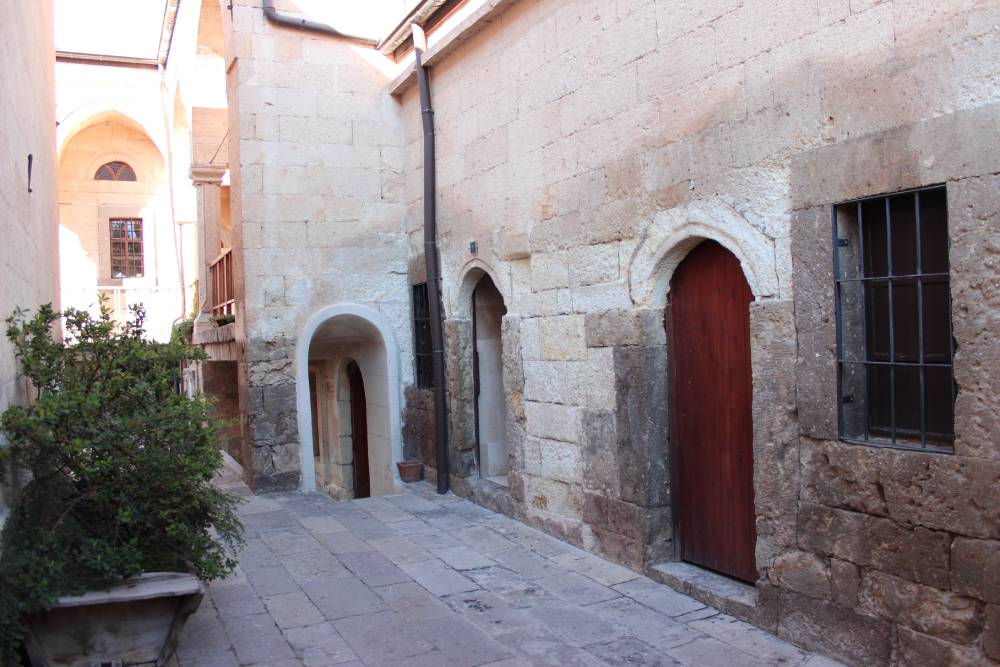 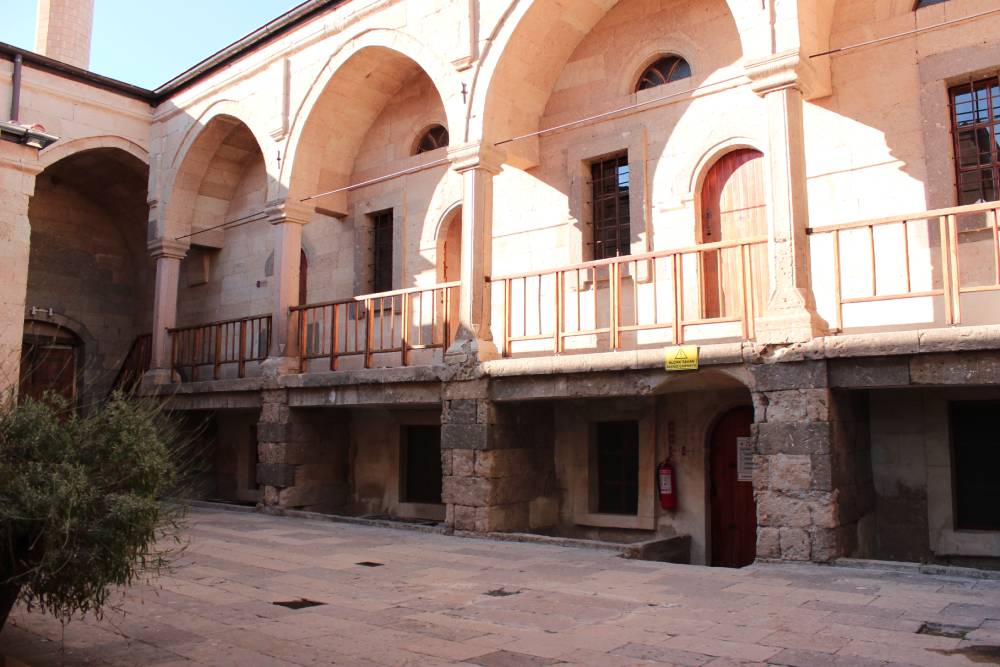 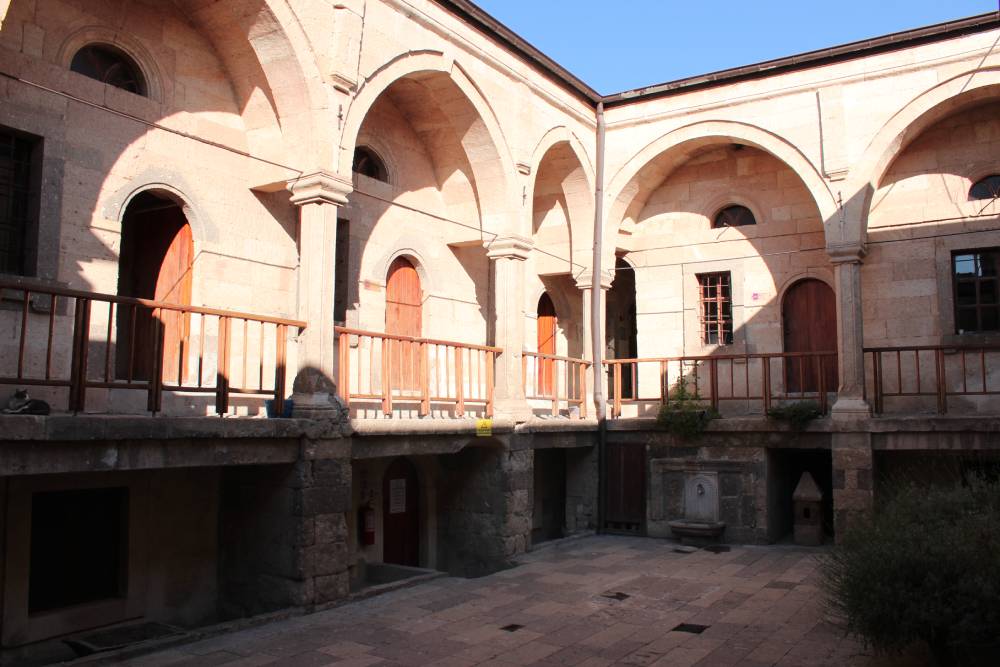 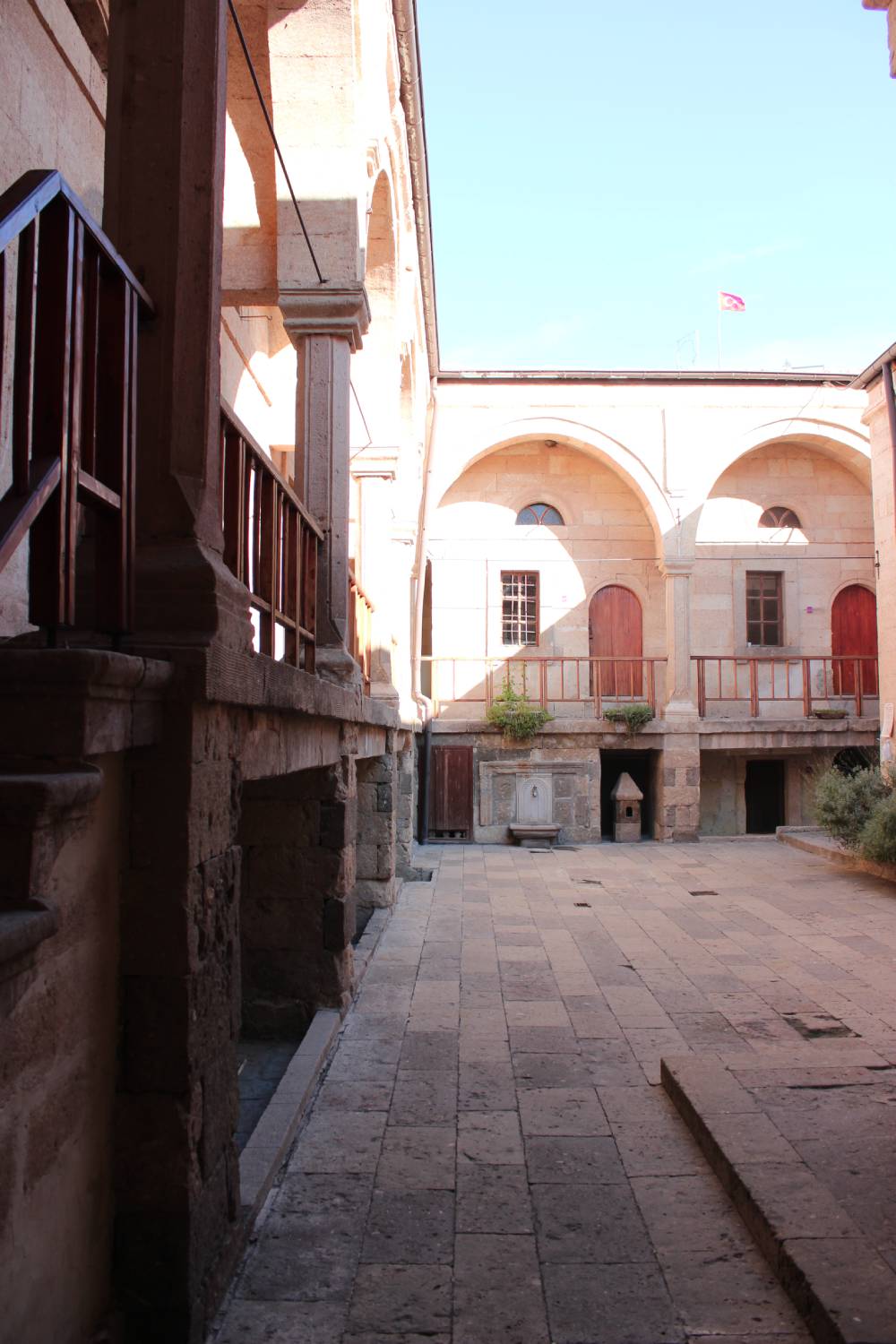 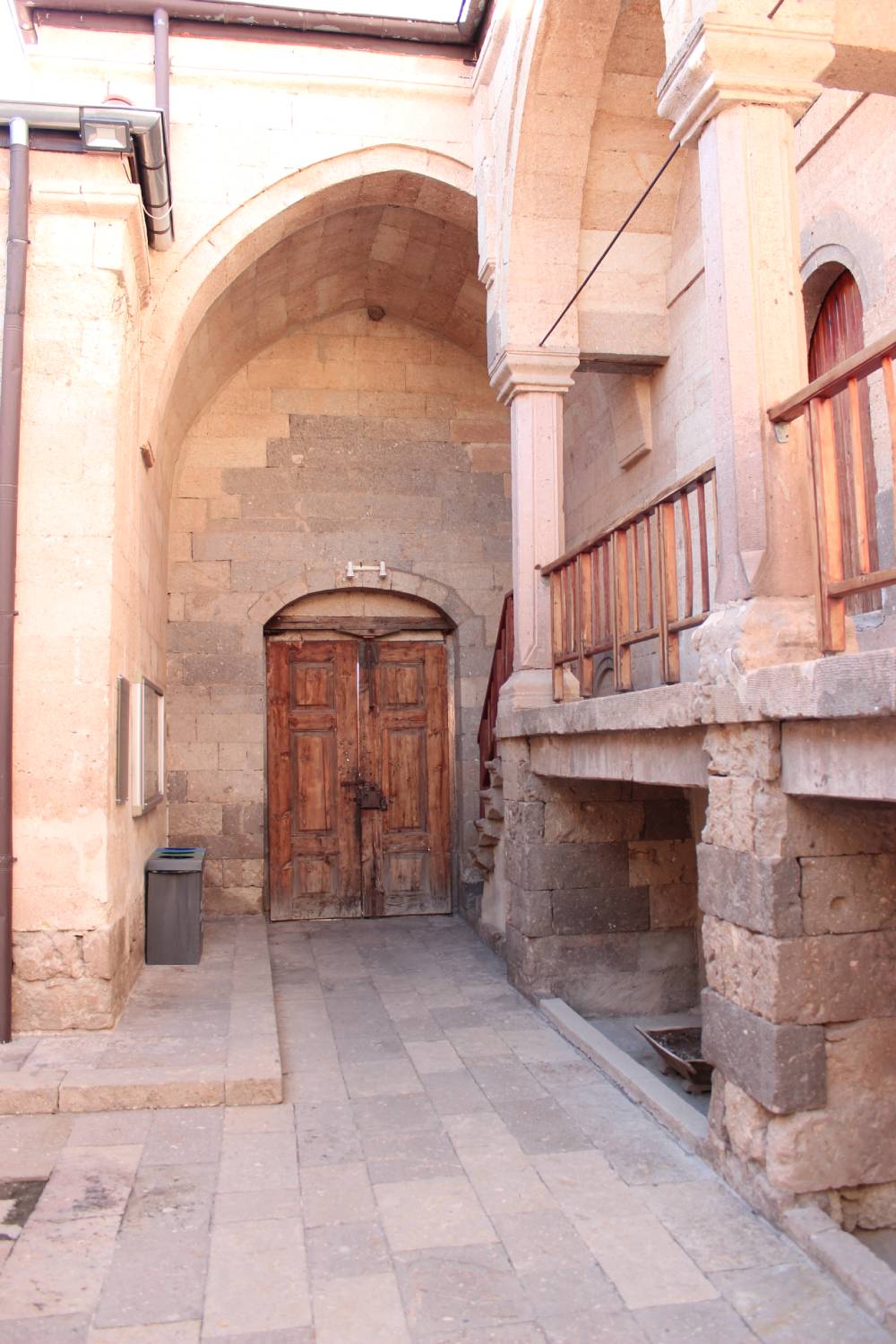 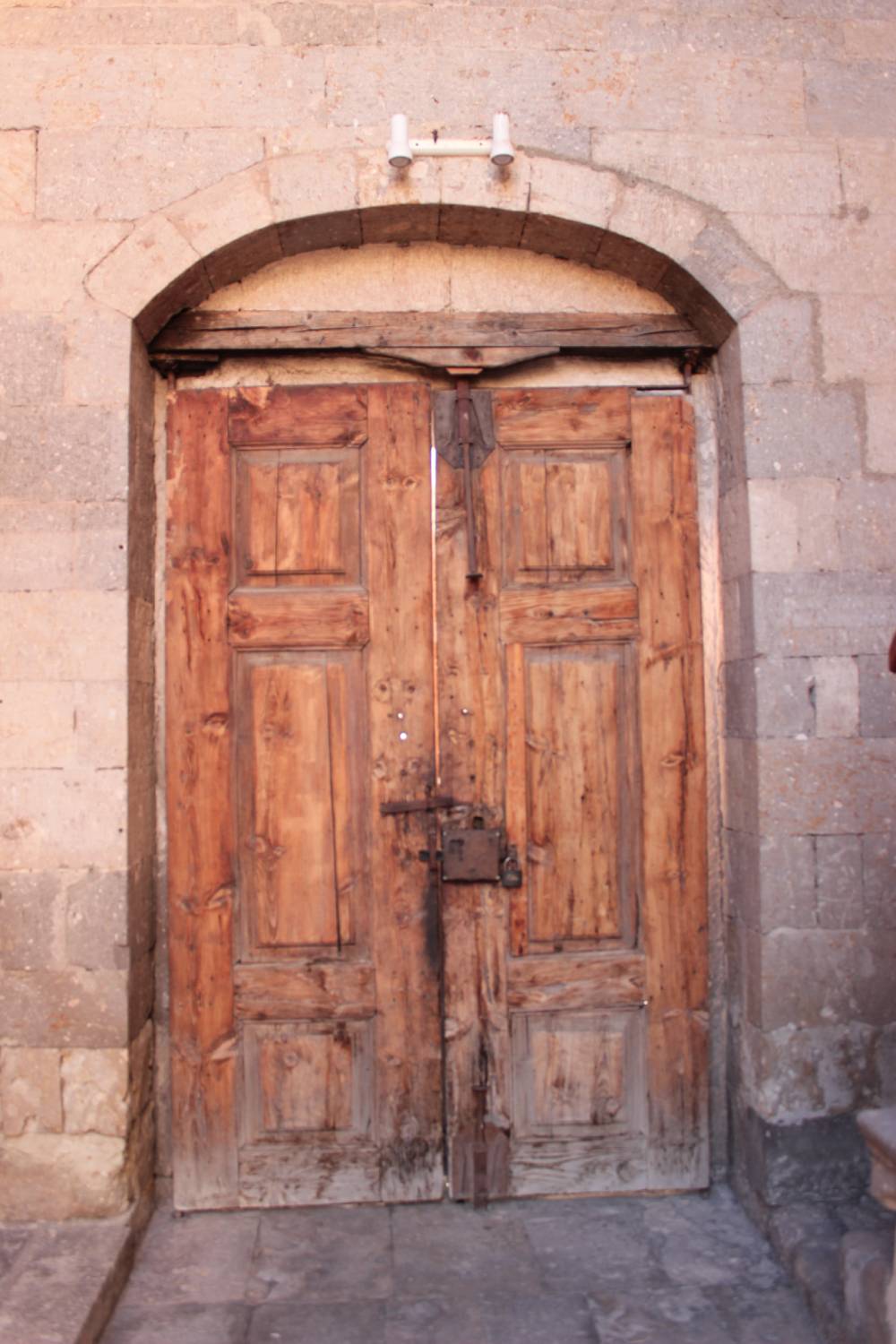 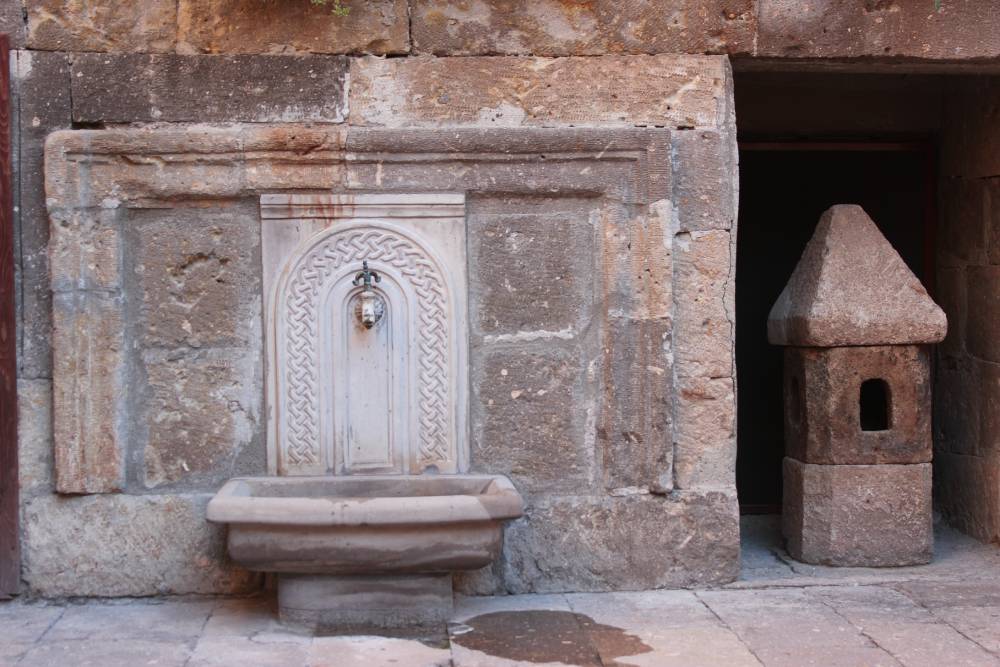 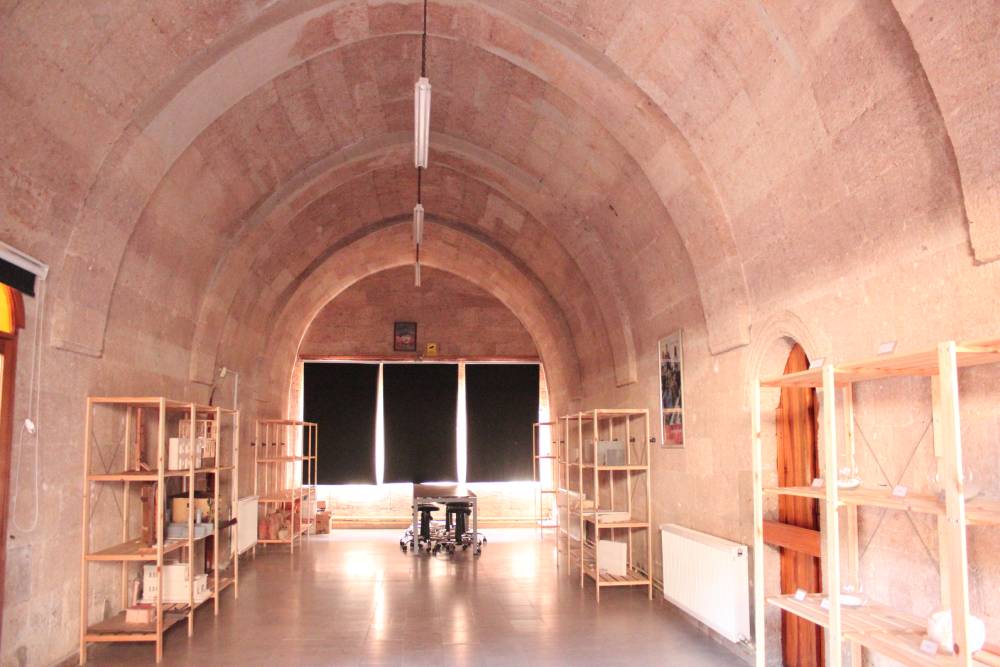 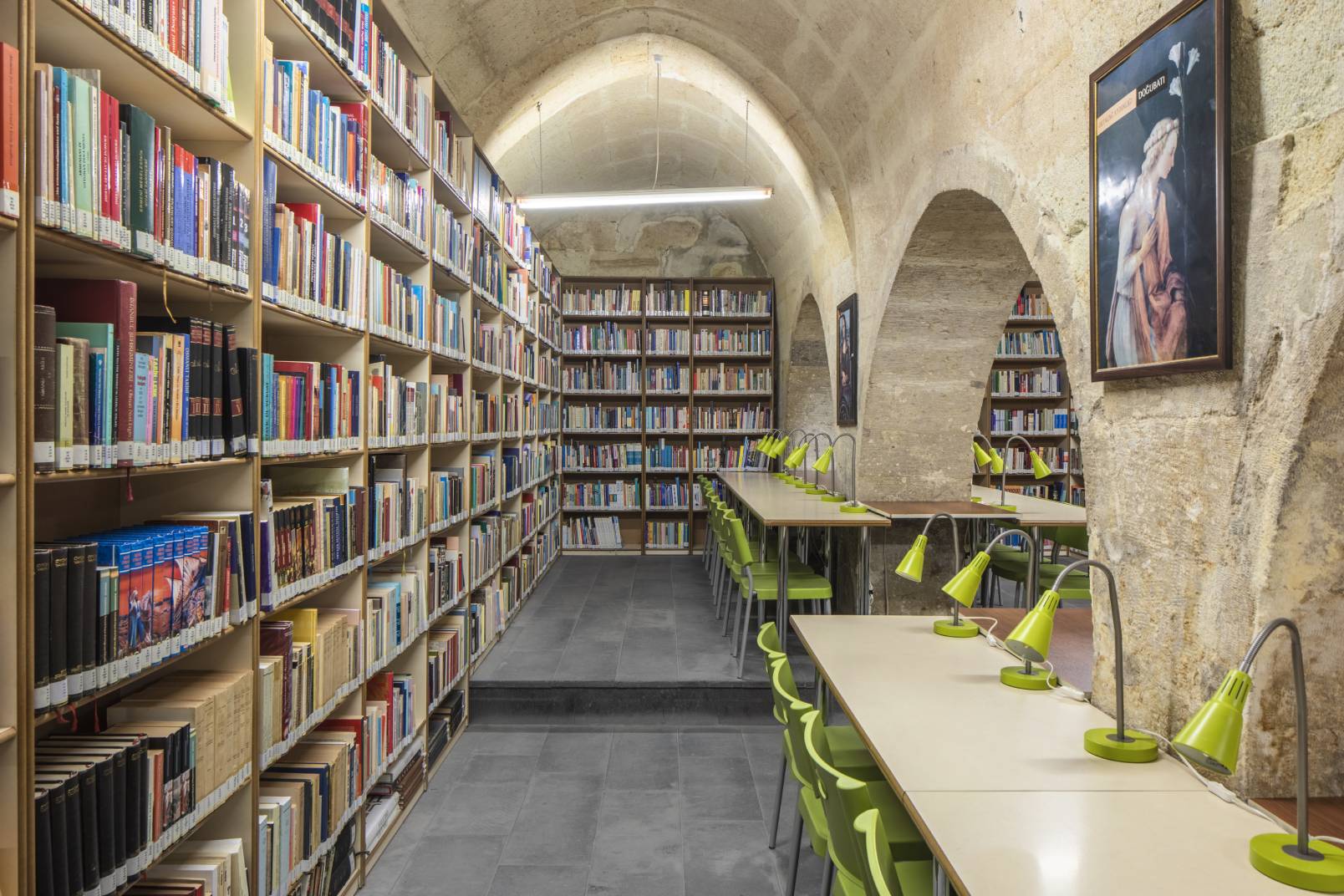 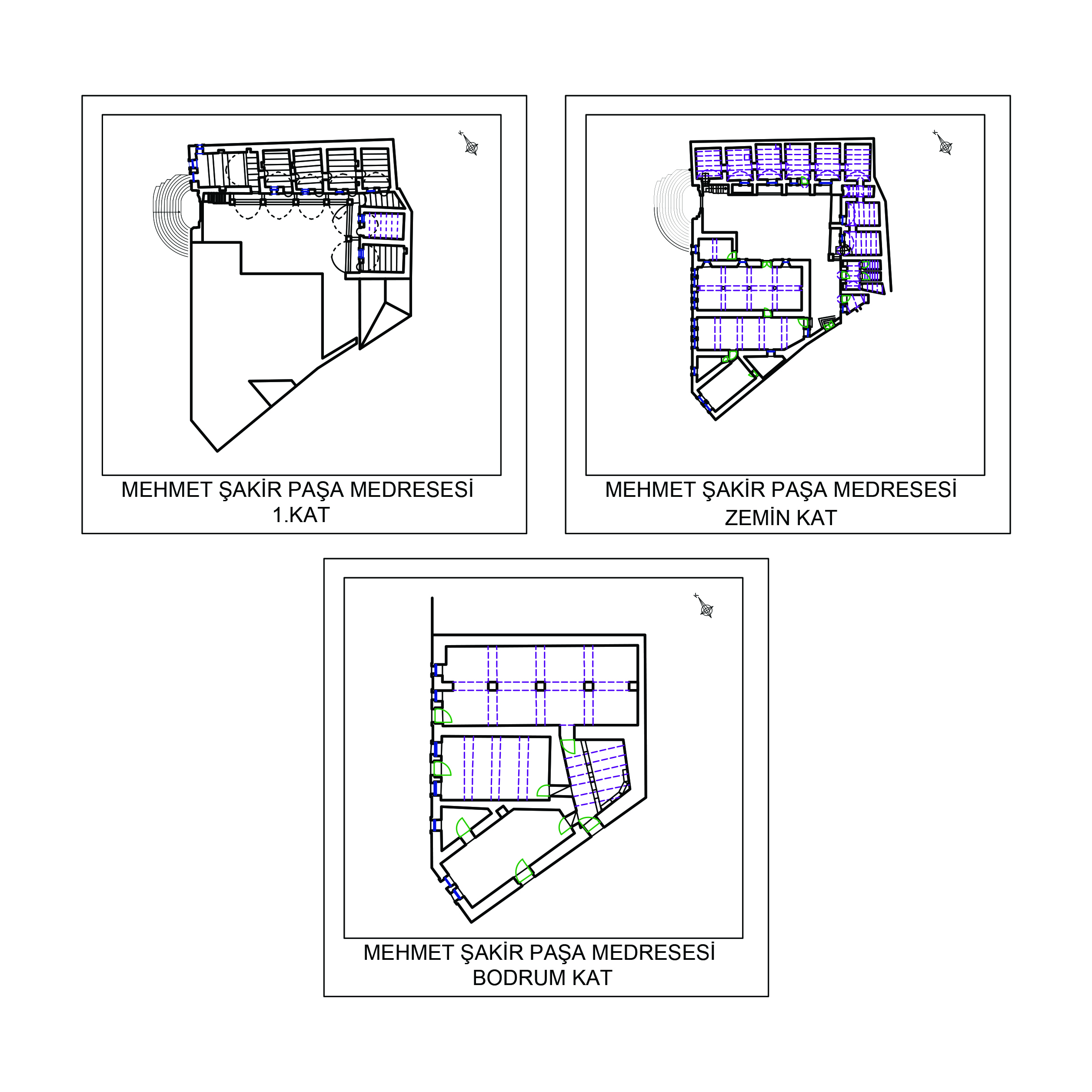 This most important and impressive Ottoman work of Mustafapaşa was built in 1899 (Hijri 1316) by Mehmet Şakir Pasha of Egypt, according to its inscription. The madrasa later hosted many functions such as a mansion, military unit, and carpet shop. Today, it serves as the education building of Cappadocia University.

The madrasah, which has an asymmetrical and open courtyard plan, was built as two-story. Since there is a high level difference between the east and west of the madrasah, the building was built at different levels.  The level falls from east to west and a two-storey section is formed. Through the portal on the west facade of the madrasah one enters into the open courtyard, surrounded by six arched porticoes running along the north and east facades. Madrasa rooms open to this portico area.

The monumental gate of the madrasah, which had a rare splendor at the time it was built, is a masterpiece of stone carving masters in the region. The stepped stone arches, colonnades and the entire wall surface around the double-winged wooden door with vegetal relief motifs are adorned with floral and geometric reliefs. Even the inscription panel on the door was handled independently within the ornament program, decorated and fictionalized.

Colonnades with corinthian capitals, on which one of the arches on portal surmount have an aesthetic as well as a functional aspect. The rotation of these revolving columns gives information about the balance and strength of the structure.

The madrasah follows the plan scheme of the 16th century madrasahs in terms of plan like other Late Ottoman Madrasahs. But the decoration program of the gate of it reflects the influence of the artistic taste of 19th century. Here, on the one hand, there is an elaborate manner of ornamentation like the examples in Seljuk and Principalities periods; on the other hand baroque-rococo effect is seen in terms of form.  The ornamentation of the building, in general, is plain except for the portal. The Ottoman tughra engraved in marble on the facade of the building bears a remarkable resemblance to the early 20th-century tughras.