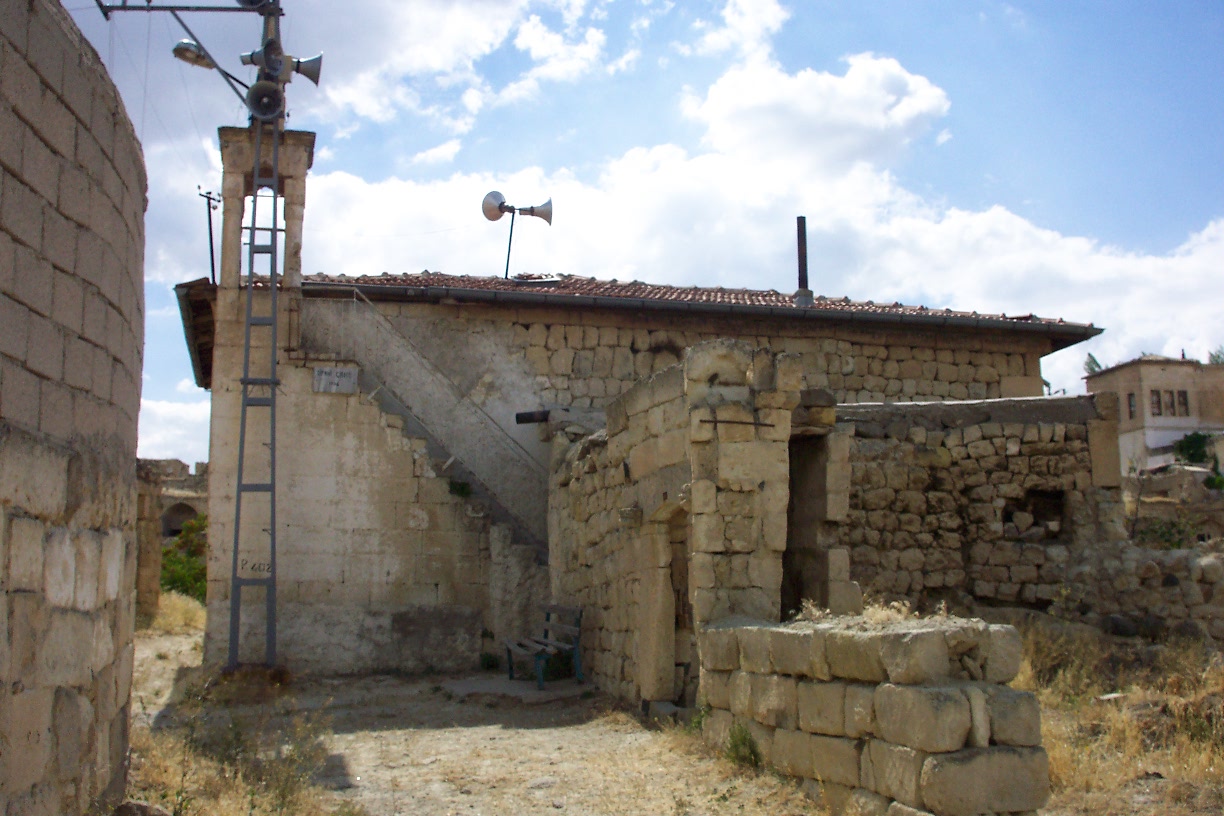 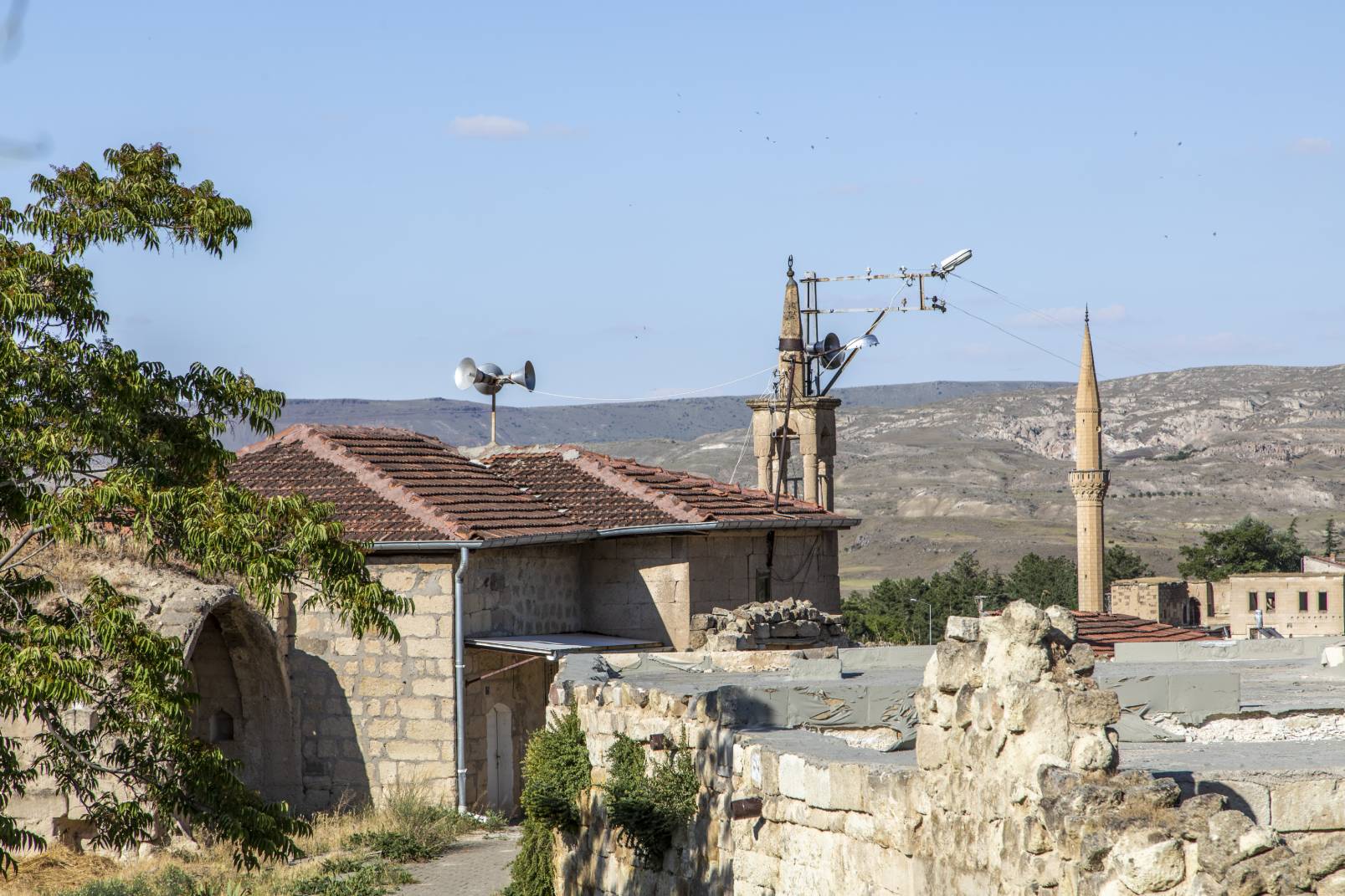 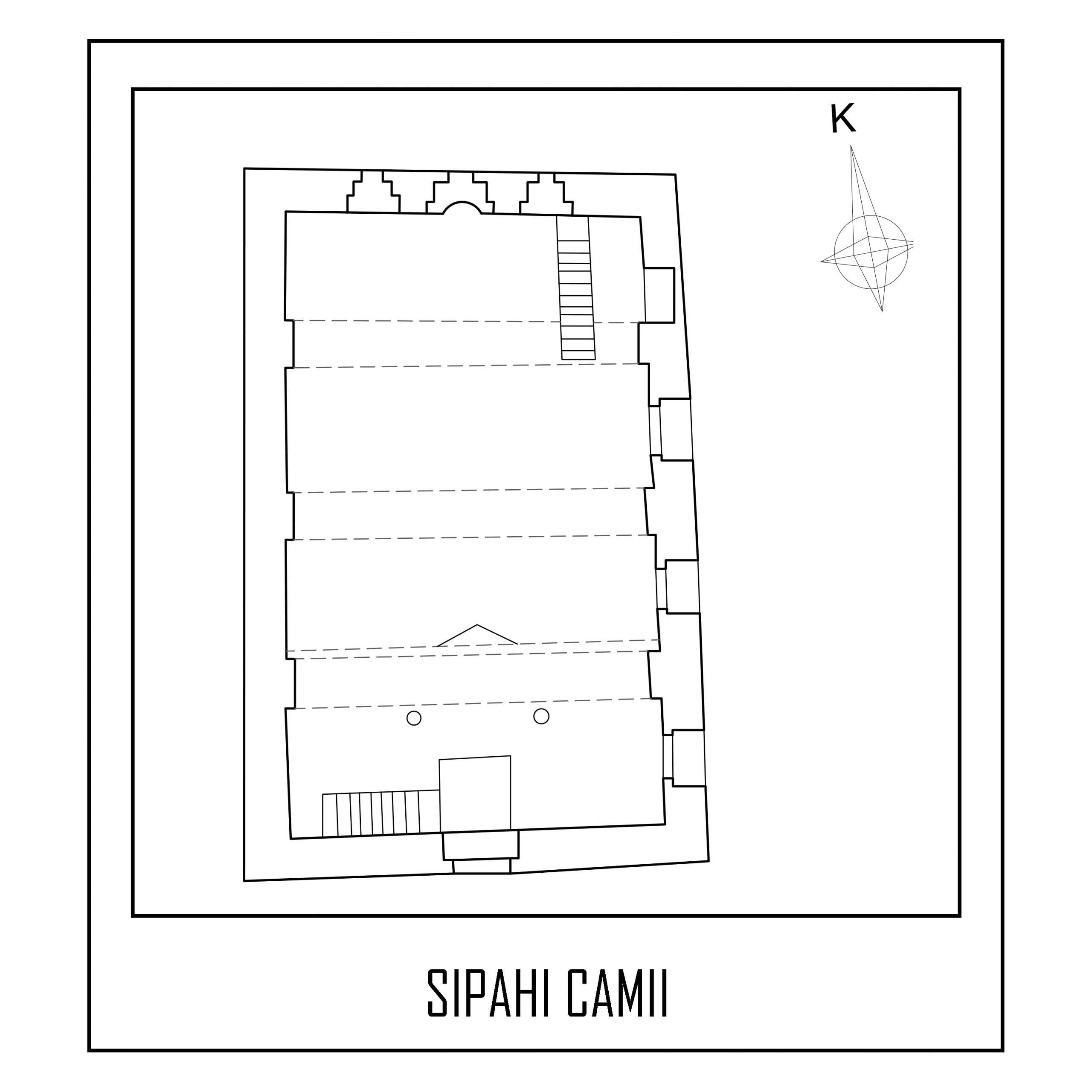 Sipahi Mosque is located in one of the neighborhoods densely populated with Muslims during the Ottoman period, now known as Yukarı Mevkii.

According to the Asar-ı Atika Book of Niğde Sanjak, the mosque dated to the 16th century and designated as Mosque Şerif might be this Sipahi mosque. Although the exact construction date of it is unknown, it also dates to 1834 as stated in inventory records.

The mosque has a rectangular sanctuary/harim with a single nave perpendicular to the mihrab (prayer niche) and a smaller winter space to its west which are covered with a pointed barrel vault. The main entrance to the mosque is in the northern corner of the eastern facade. The round-arched mihrab with a semicircular section, located in the center of the southern facade, was later covered with marble.

In the south-east corner of the mosque, there is a minaret in the form of a “mansion minaret” which can be seen in many mosques and masjids built during late Ottoman Empire period. Access to this original minaret is provided by a fifteen-step staircase that runs along the eastern wall.