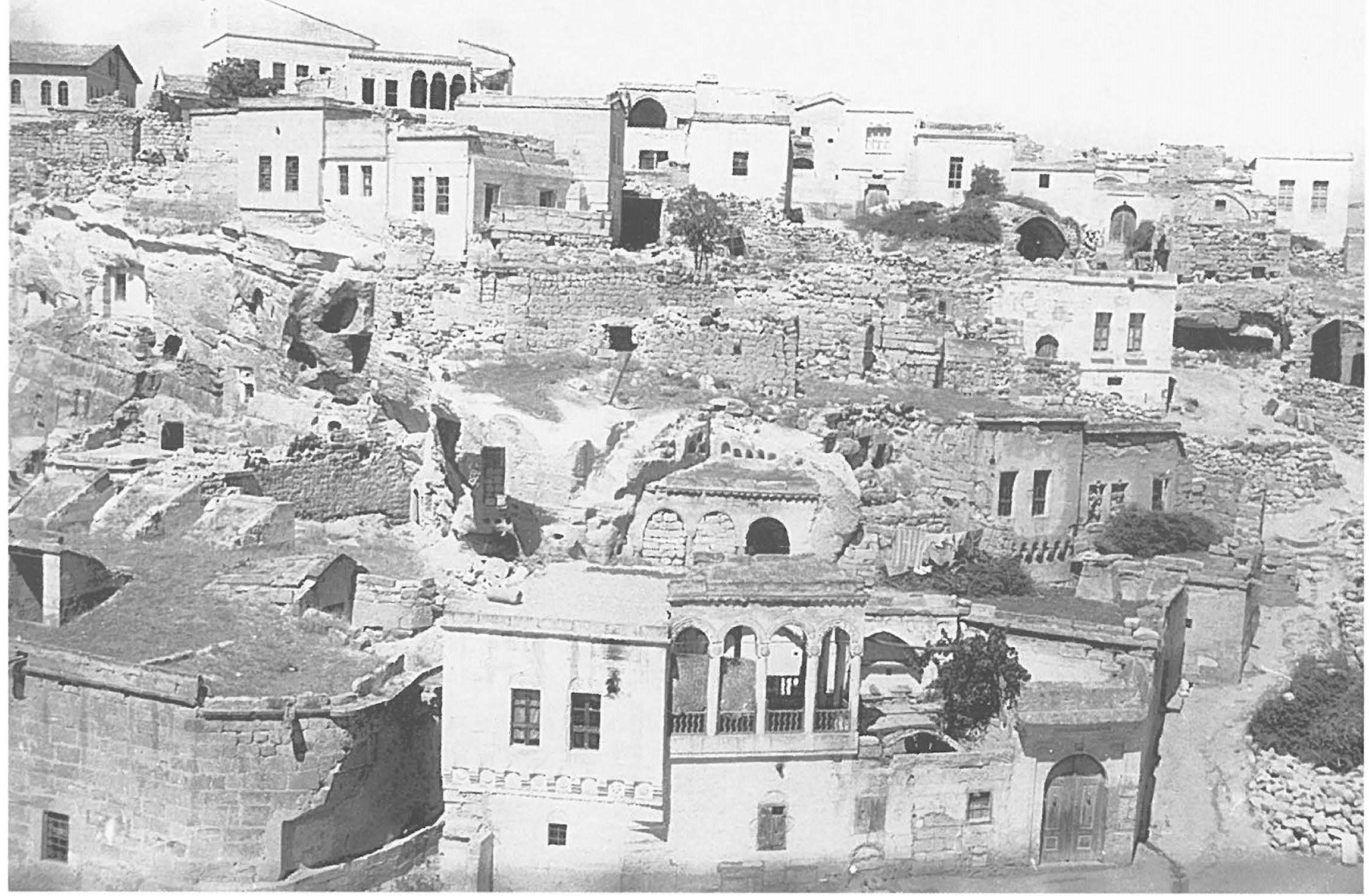 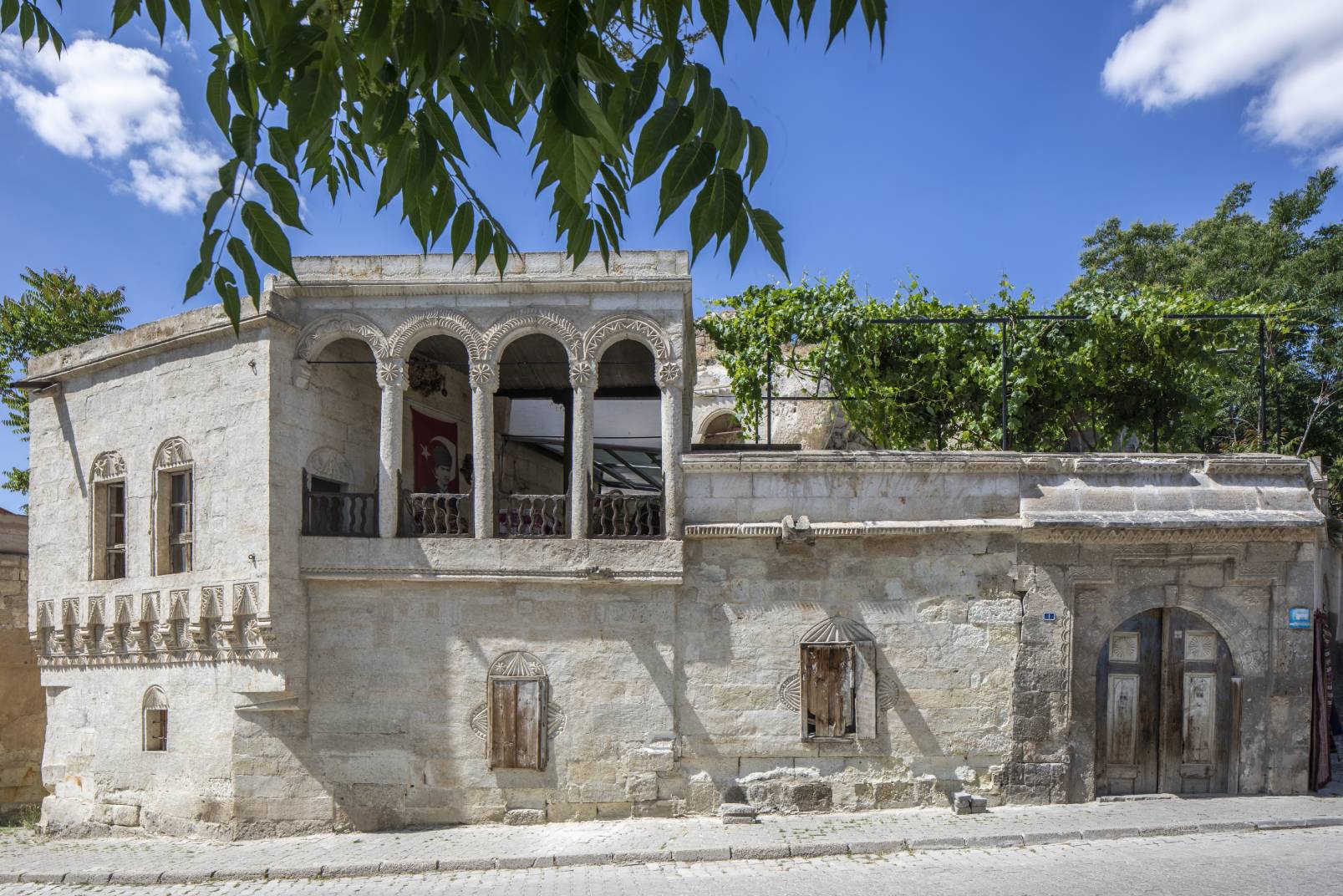 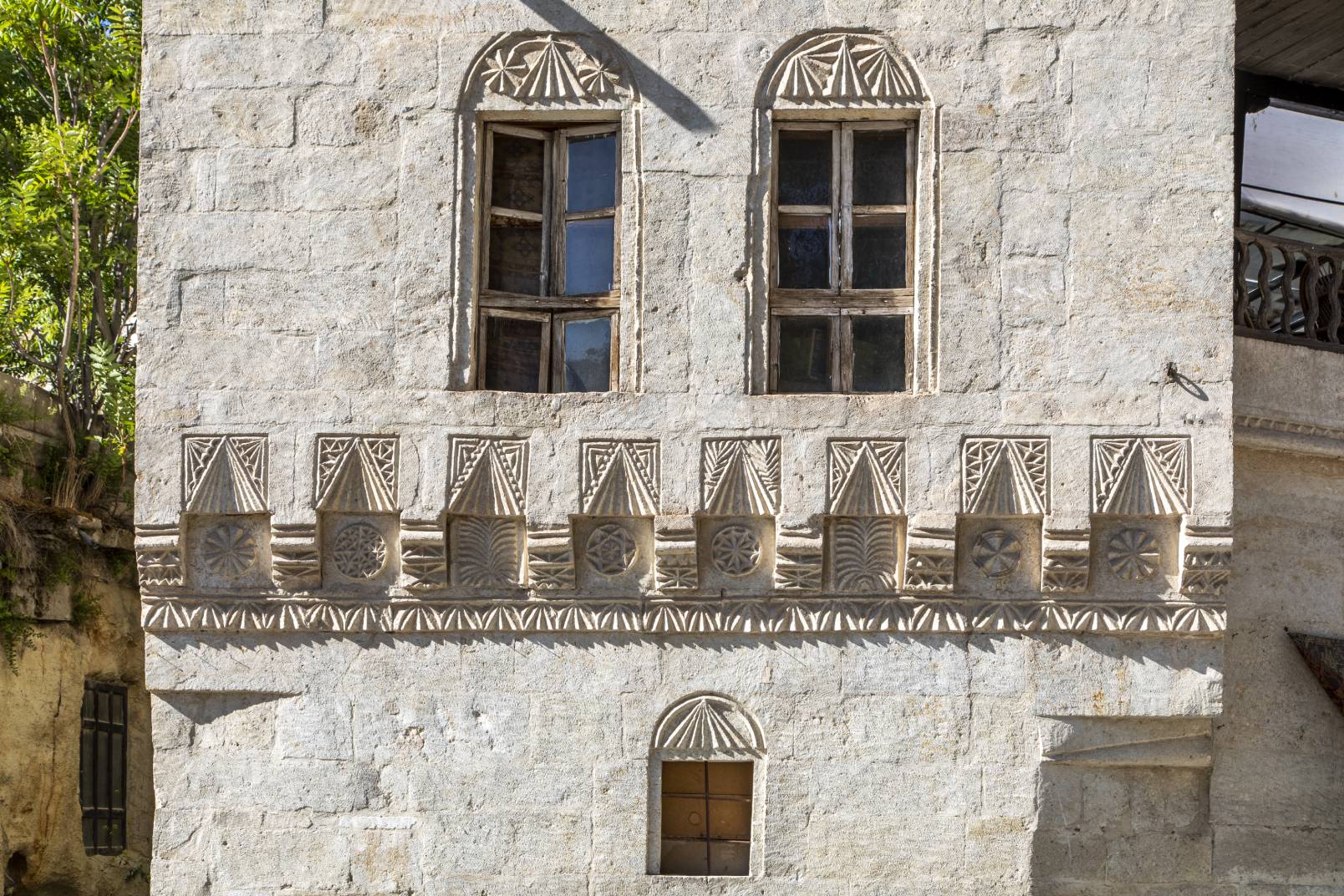 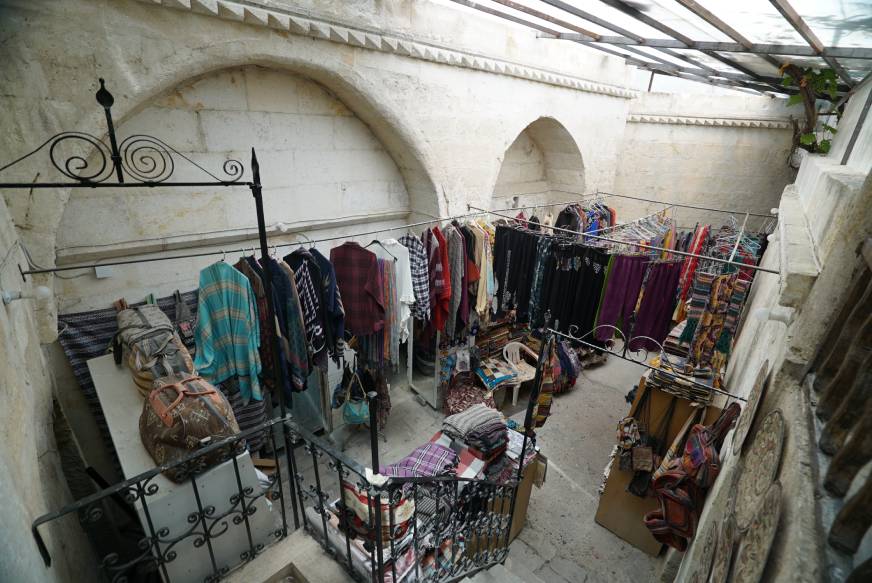 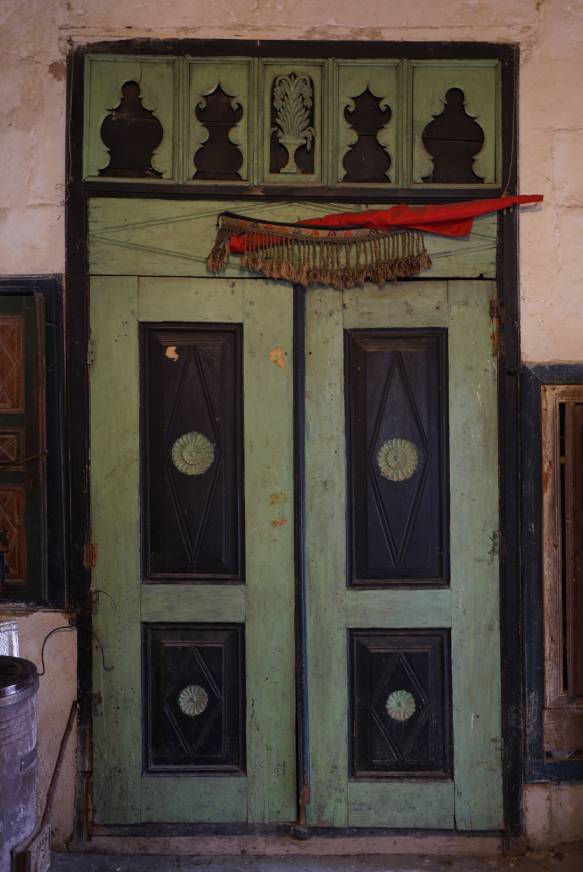 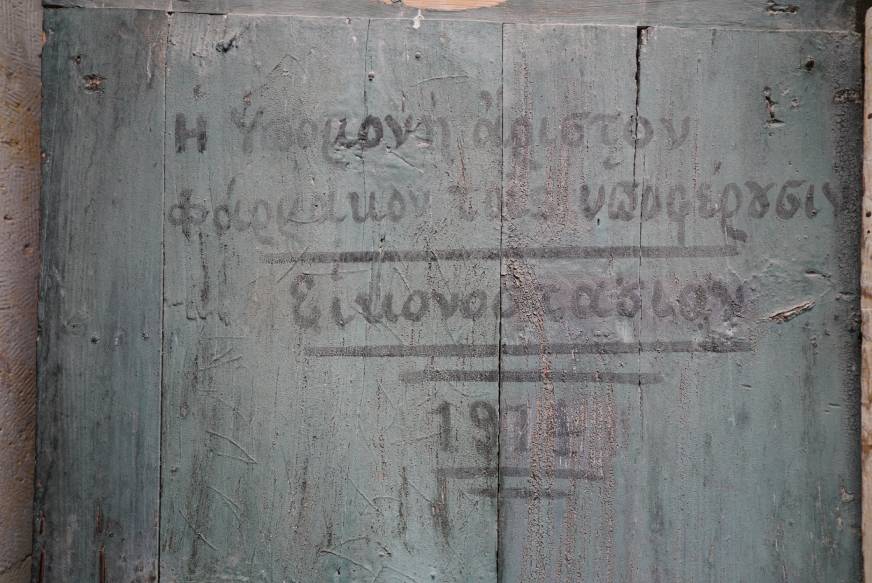 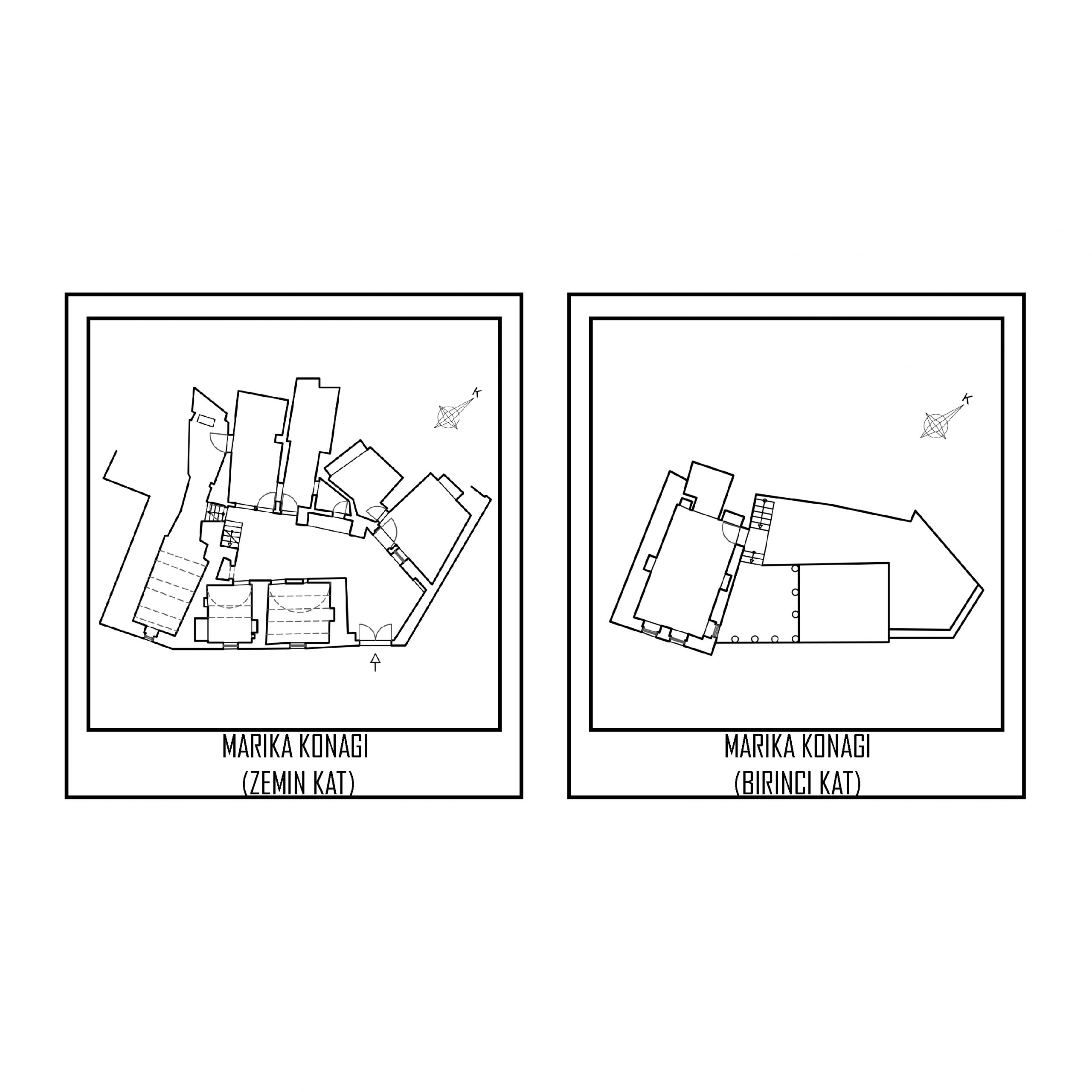 The mansion was built in the second half of the 19th century by Hacı Merkuris. Today, the mansion, used as a house initially, functions as a house on the upper story and a store on the lower story. The two-stories mansion has a polygonal plan.

The single entrance door of the L-plan type and deck roof building is located on the south facade, and the courtyard is entered through a two-winged wooden door. The arrangement of the upper story, which faces the street and functions as a “veranda” and is surrounded by arches with stone relief decorations, is one of the elements that add mobility to the facade. Stones on the building walls were made with masonry technique; wooden materials were used in the door, ceiling, and window elements.

According to local tradition, six young Christian girls, who were supposed to migrate during the population exchange, married Muslim Turks to stay in the village and thus did not leave the village. The young woman, known as Marika, who lived in this mansion after the population exchange, married a Muslim Turk and continued her life in the village, so the mansion is known by her name by the people of the village. Inside the mansion, on a wooden door painted green, there is an inscription in Greek: “Patience is a great medicine for those who know how to use it. 1914.”