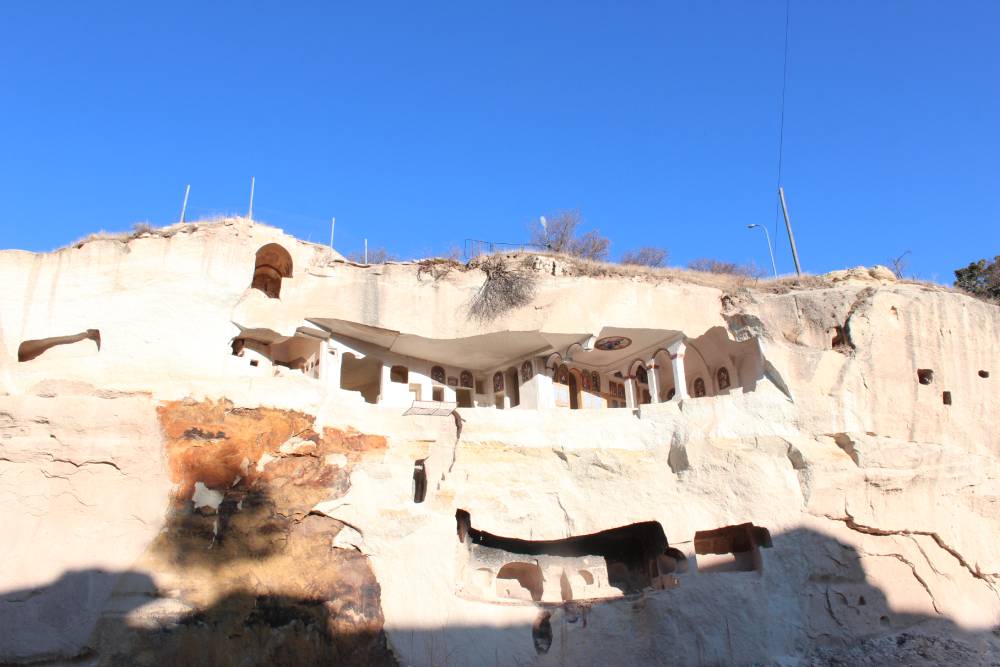 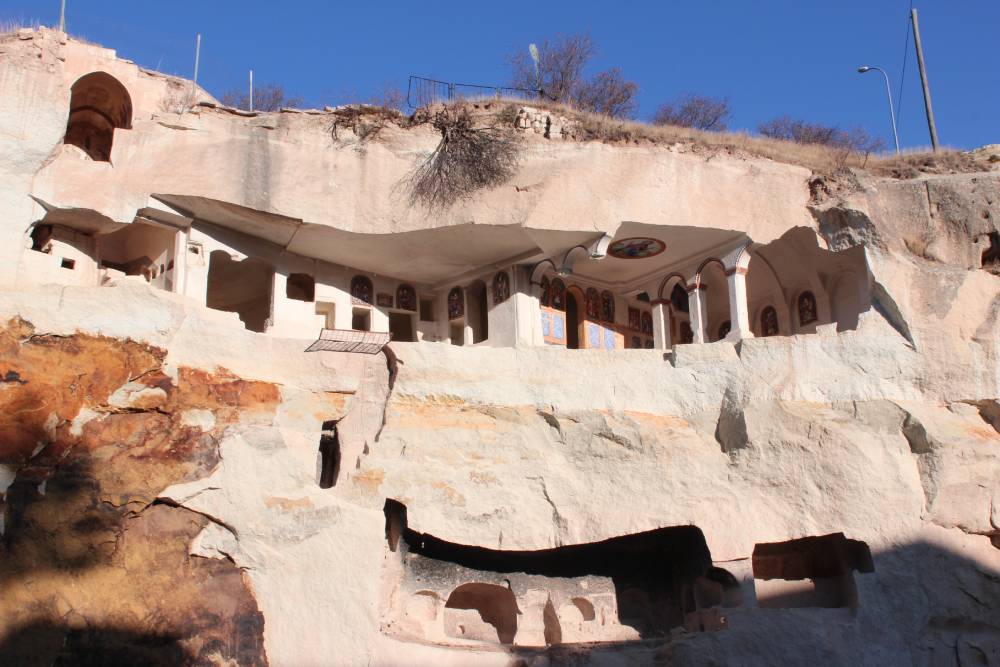 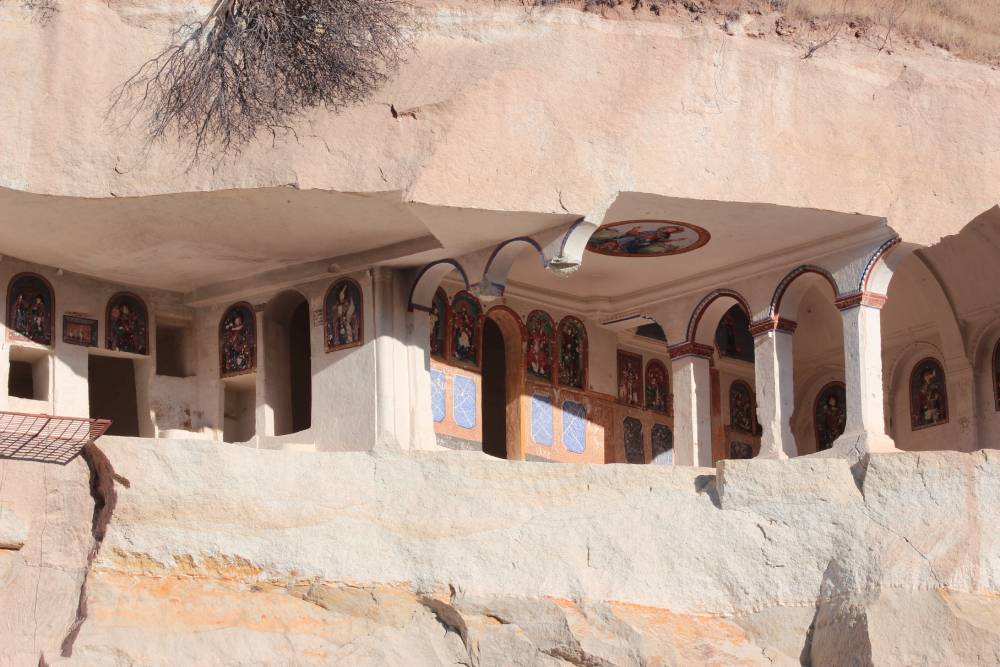 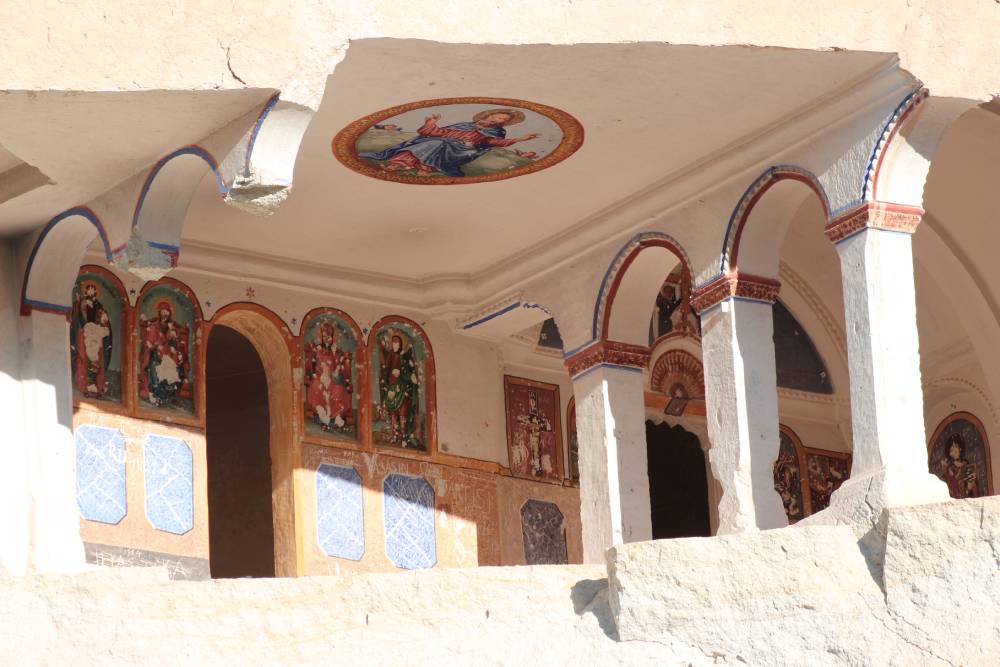 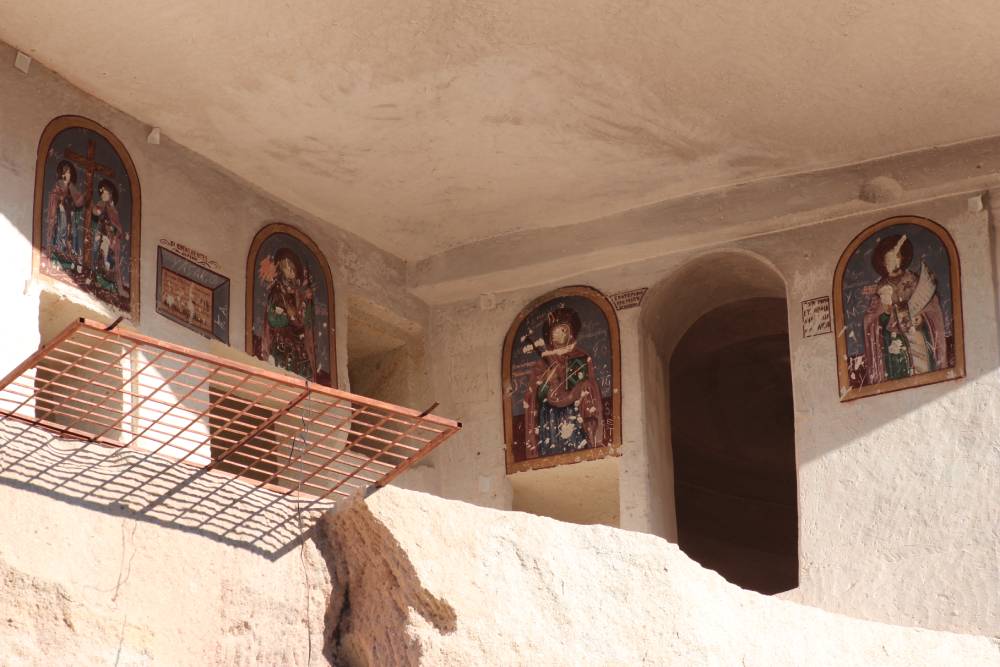 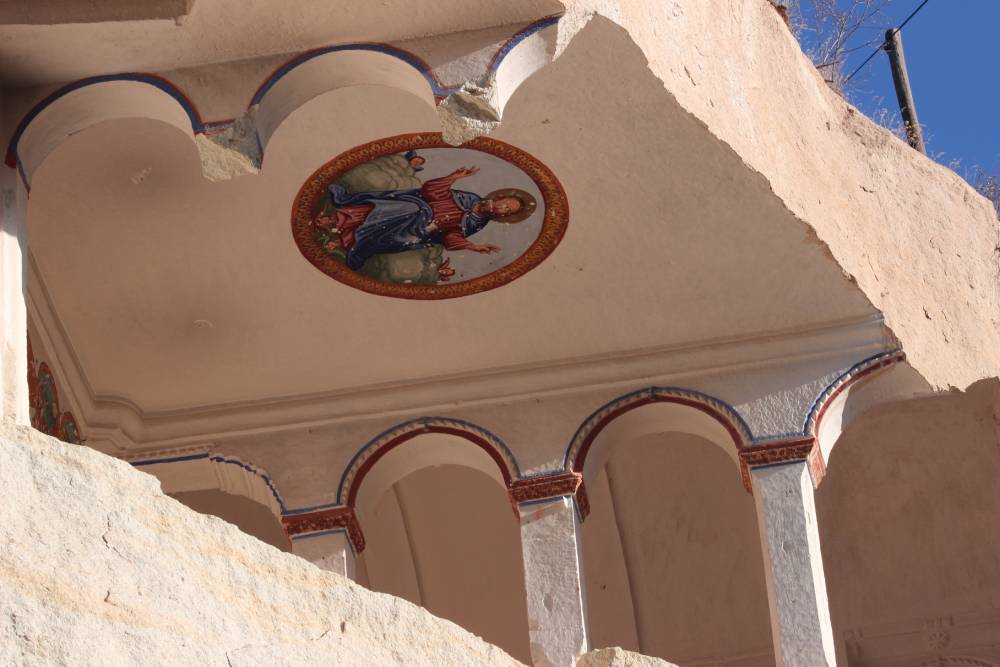 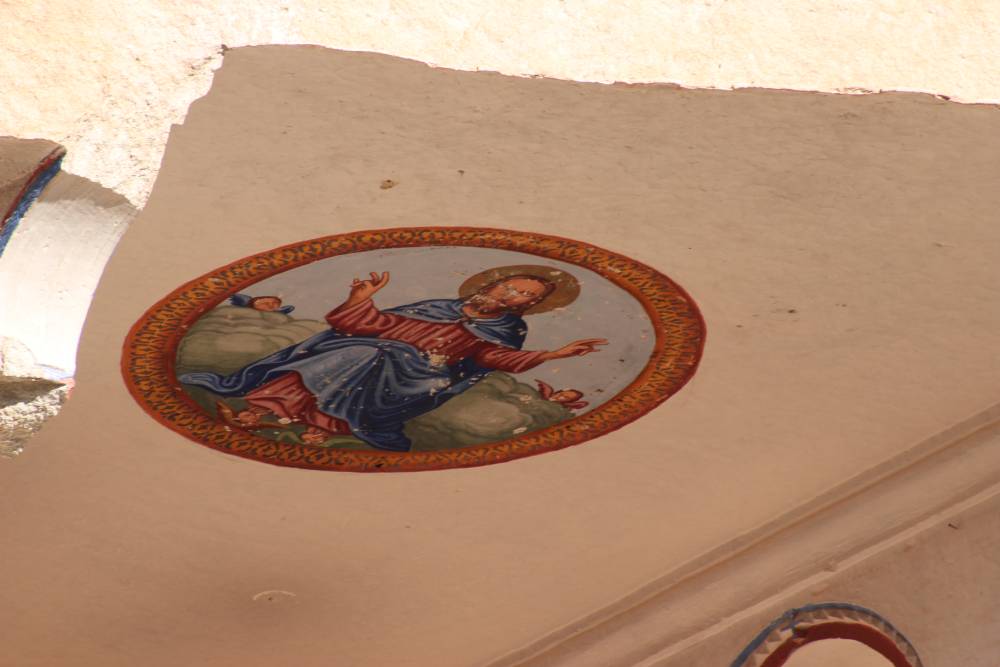 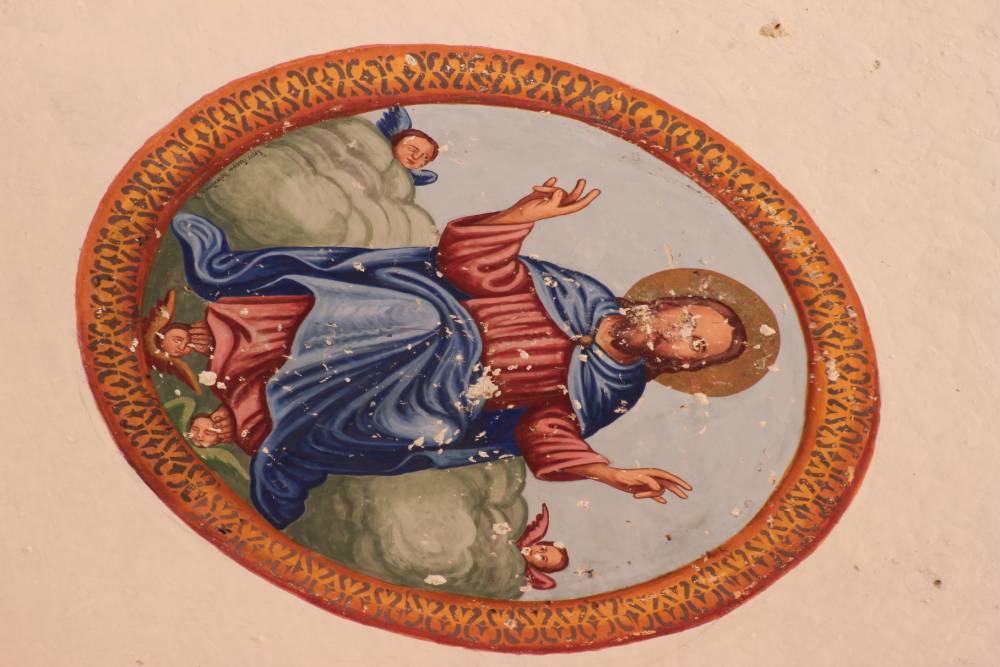 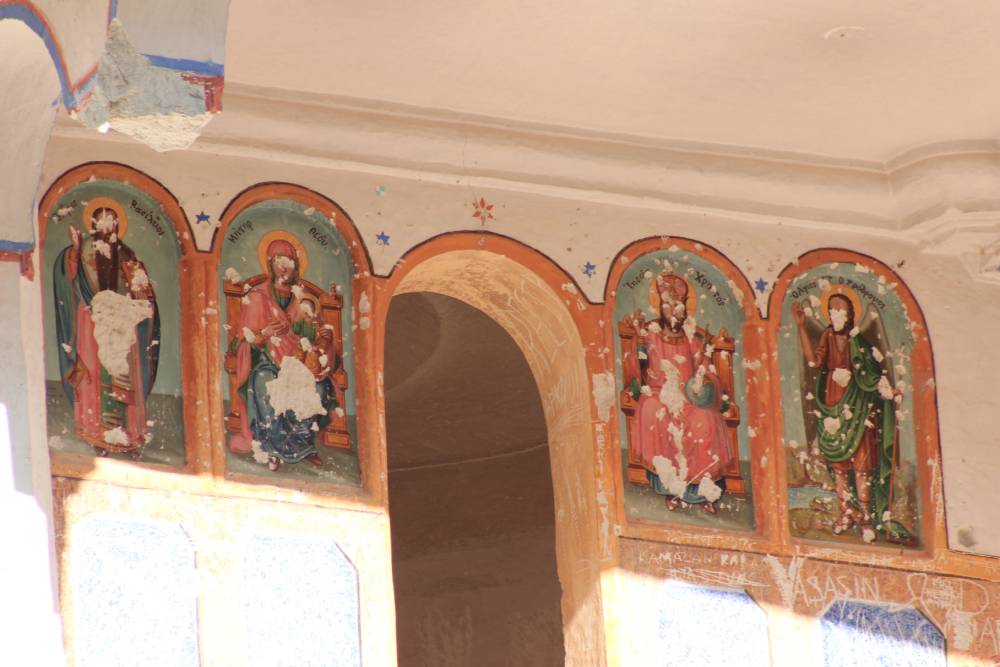 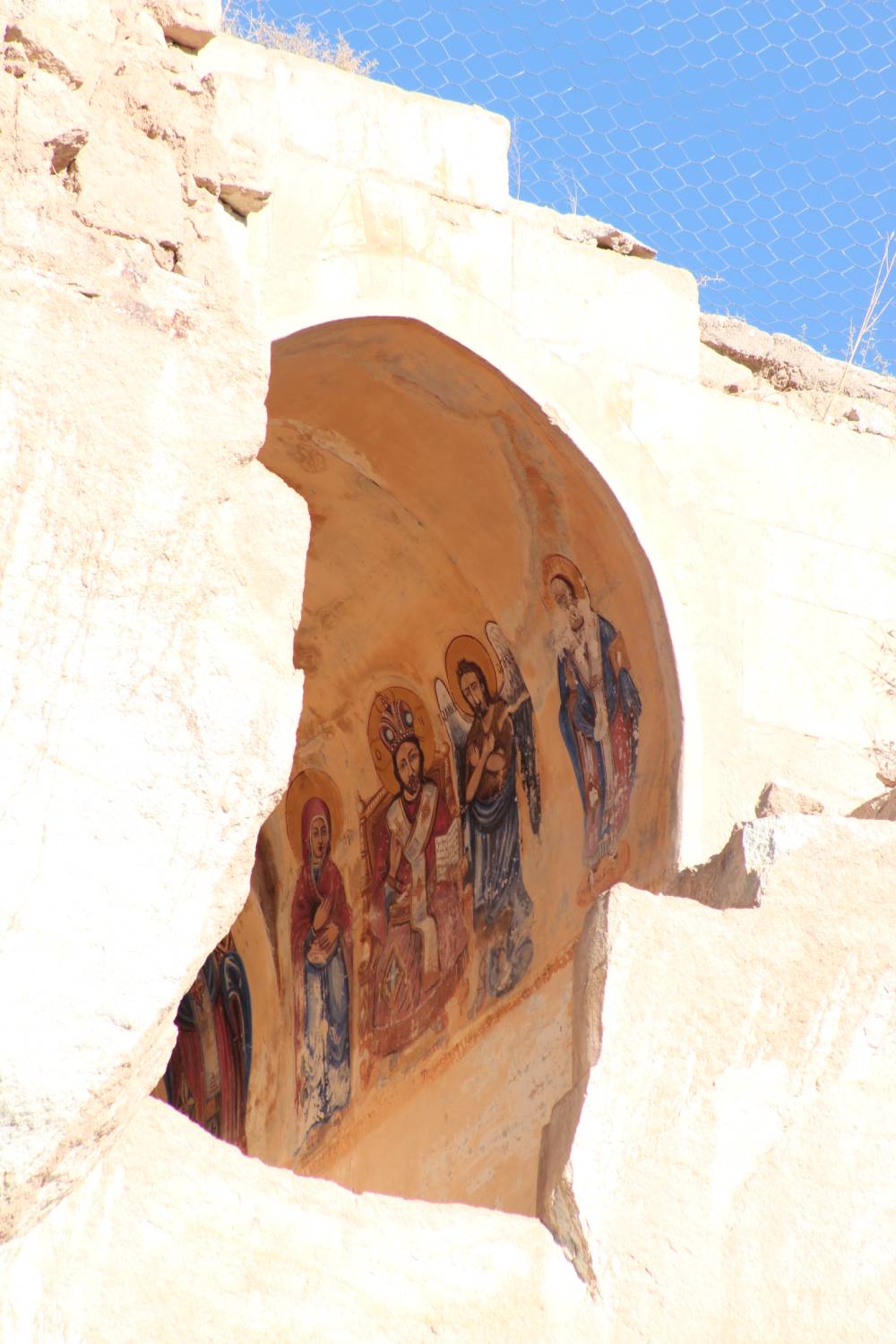 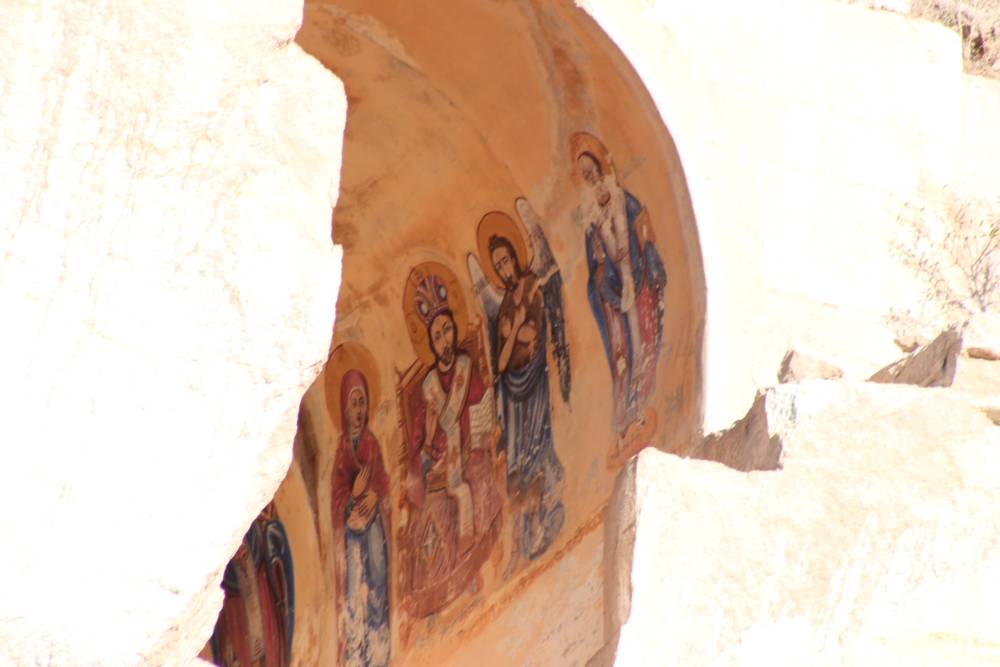 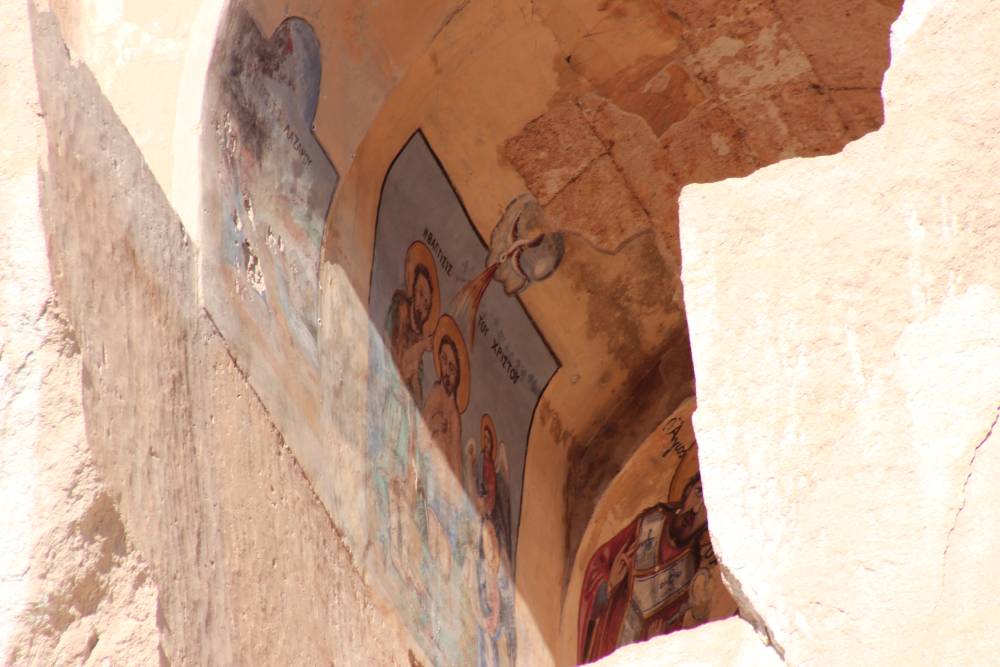 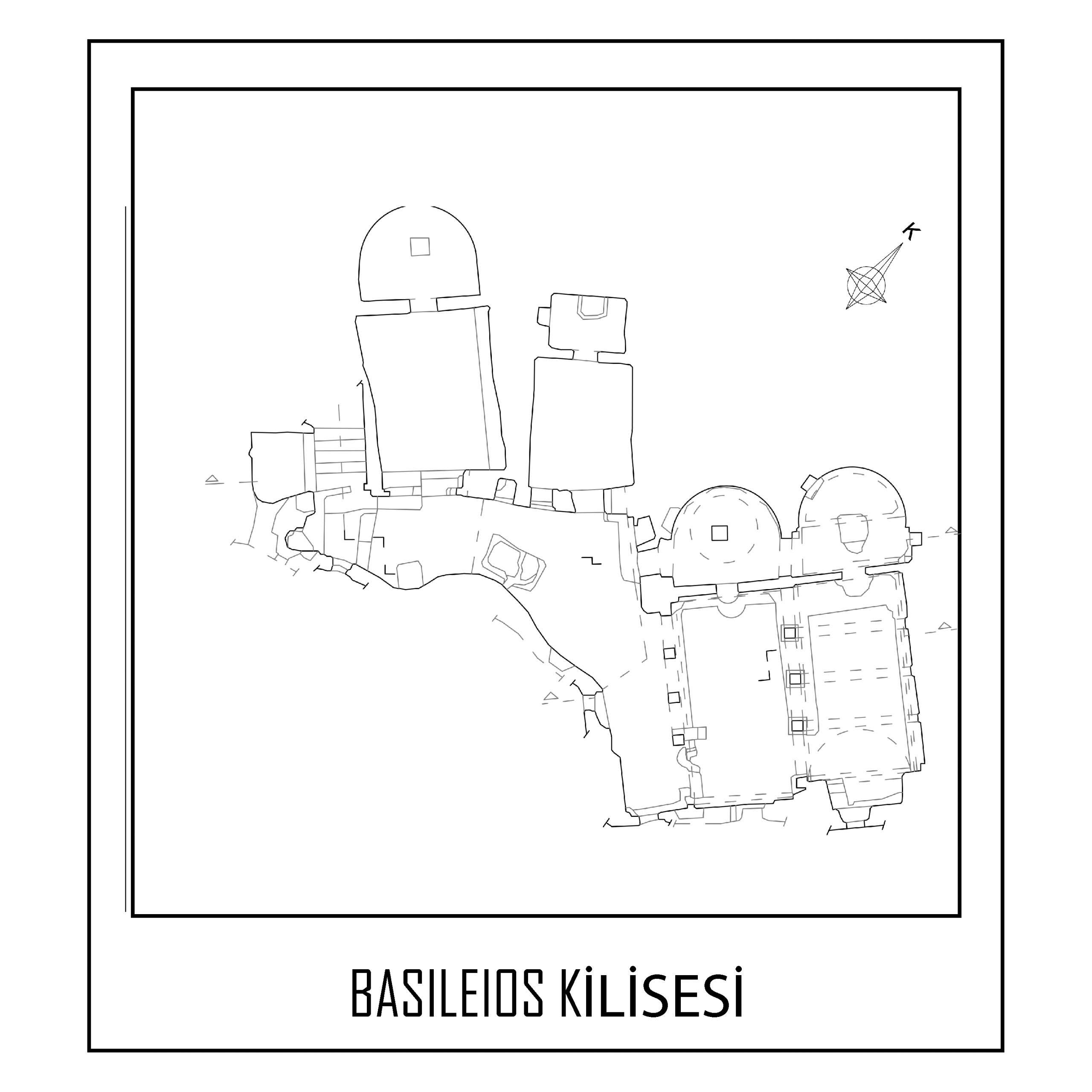 St. Basil Church is located on the eastern slope of the Beyderesi Valley, north of Mustafapaşa, before known as Vrathes (Greek for “rocky place”). A part of the church, which was closed to visitors in 2012 due to the danger of collapse, was destroyed in 2018 as a part of the structure broke off from the rock and flew towards the valley. It is not known exactly when the church was built, but the dates of 1902 and 1915 were found on the wall paintings in the church. Accordingly, the church can be dated to the beginning of the 20th century at the latest.

The church is in the form of a structural complex consisting of different parts. It consists of spaces at different elevations carved into the rock below the present soil level, on the hillside above the valley. Archival sources refer to the church as “Basil Church with a three-storey shelter”. The church is located at the middle level. The shelter should have been located at the bottom of the levels forming the structure.

The entrance to the building was from the top of the valley, where there was a rectangular door made of reinforced concrete. Here, there was a barrel vault covered landing. The middle level, where the church is located, was passed from a place with a barrel vault covered staircase, which is next to the landing. There are two side-by-side chapels here, which were originally thought to be chapels. To the southeast of them is the St. Basil Church with two apses, separated by two rows of pillars. In the sources, it is stated that the church was dedicated to three different saints. Accordingly, the main nave in the middle of the church, which was divided into three parts by monolithic pillars, was dedicated to St. Basil. The nave on the right was dedicated to St. Demetrios, and the one on the left was dedicated to St. Eleutherios/Eleftherios. The main church in the structural complex was the church of St. Basil.

St. Basil Church has a special place among the churches built both in Mustafapaşa and in the Ottoman period, especially with the wall paintings it contains. Other churches do not have as dense and well-preserved paintings as in Basil’s example. Moreover, there are paintings made by the signatures of two of the most important painters of the village in the church. These are Georgiou Iordanidou (as of 1915) and Kostis Meletiadis (as of 1902).

The saint who gave the structure its name is “Great Basil of Kayseri”, the oldest of the group and best known among the names known as “Cappadocia Fathers”. It is also stated that the saint was considered by the Greeks of Sinasos to be “a messenger who will deliver their prayers to God”. The names Basilios and Vasiliki in the village are the widespread name given to children out of respect for this saint. On January 1, the day of commemoration of St. Basil, a long ritual ceremony was held in Sinasos in all the churches of the town on very special holidays.