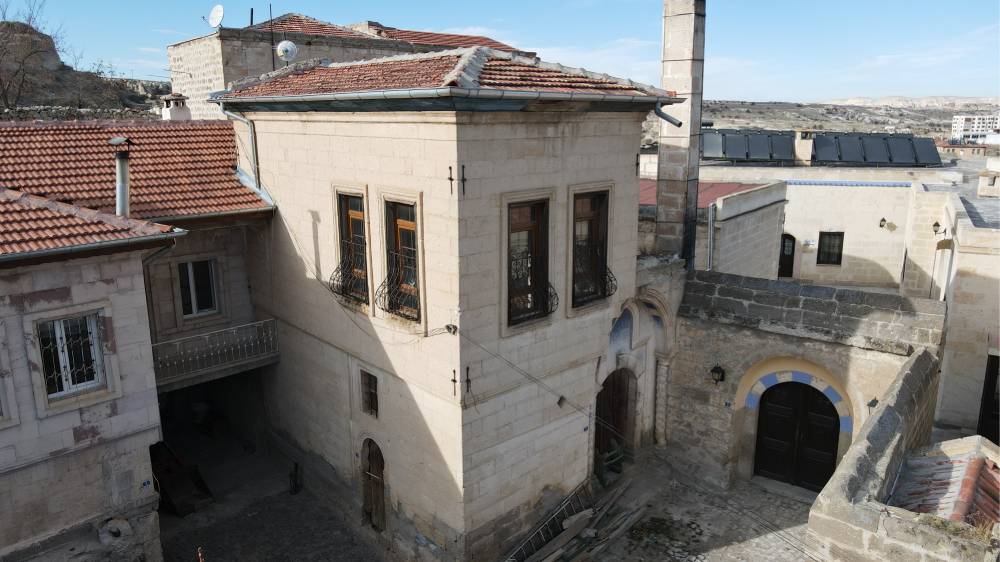 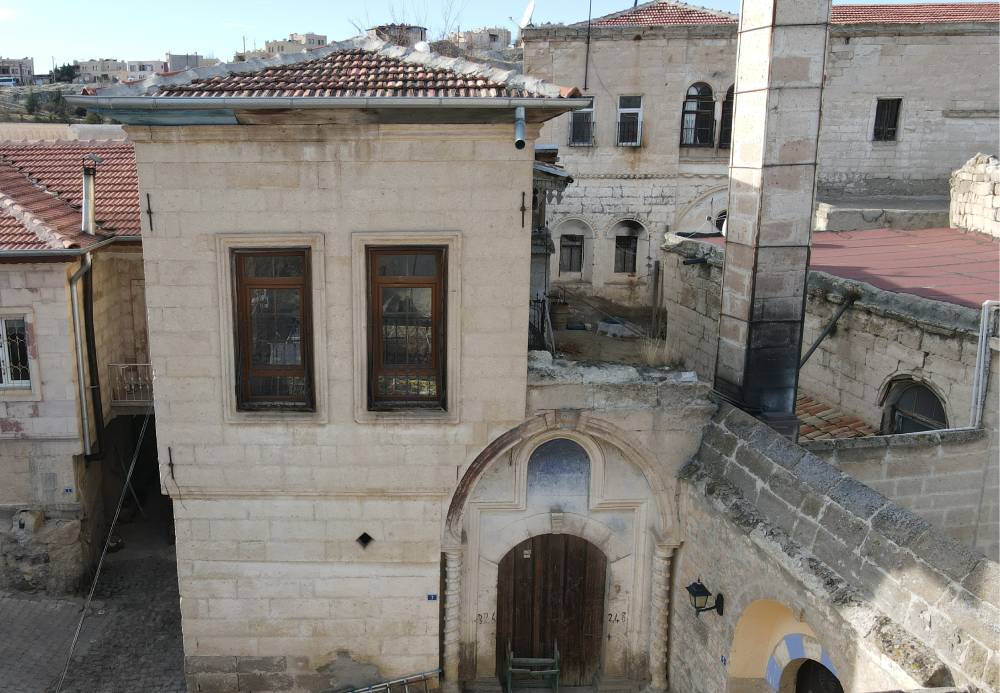 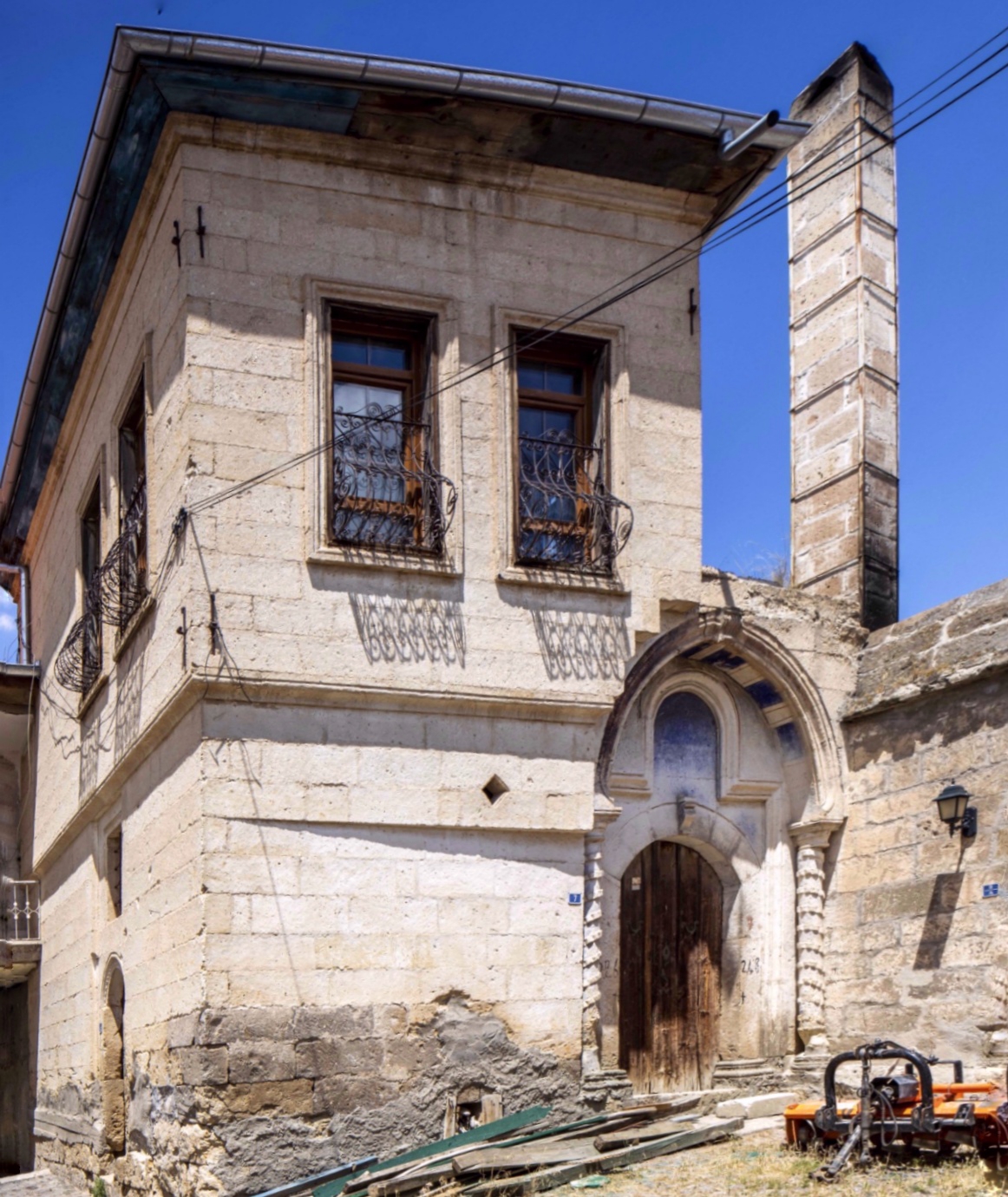 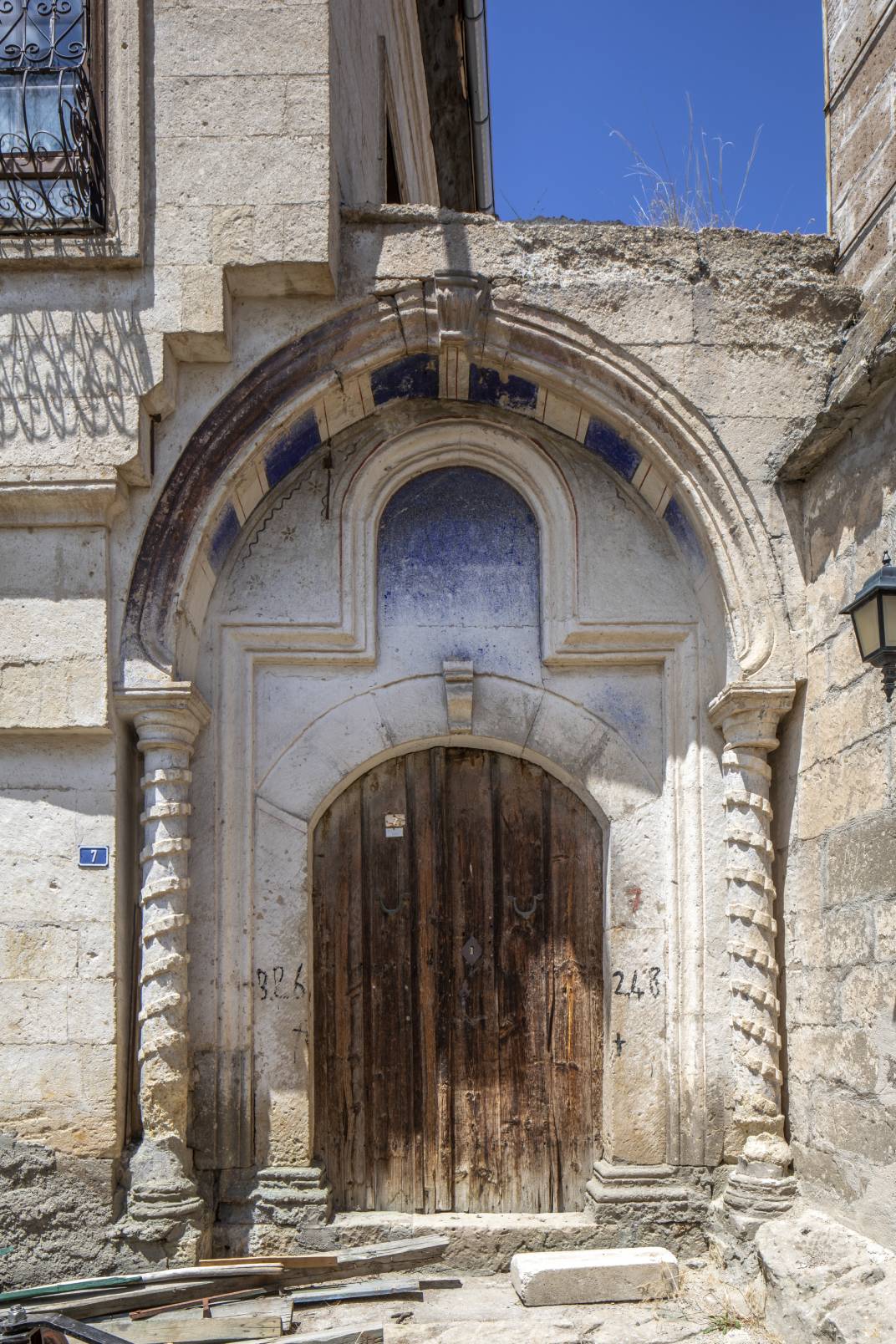 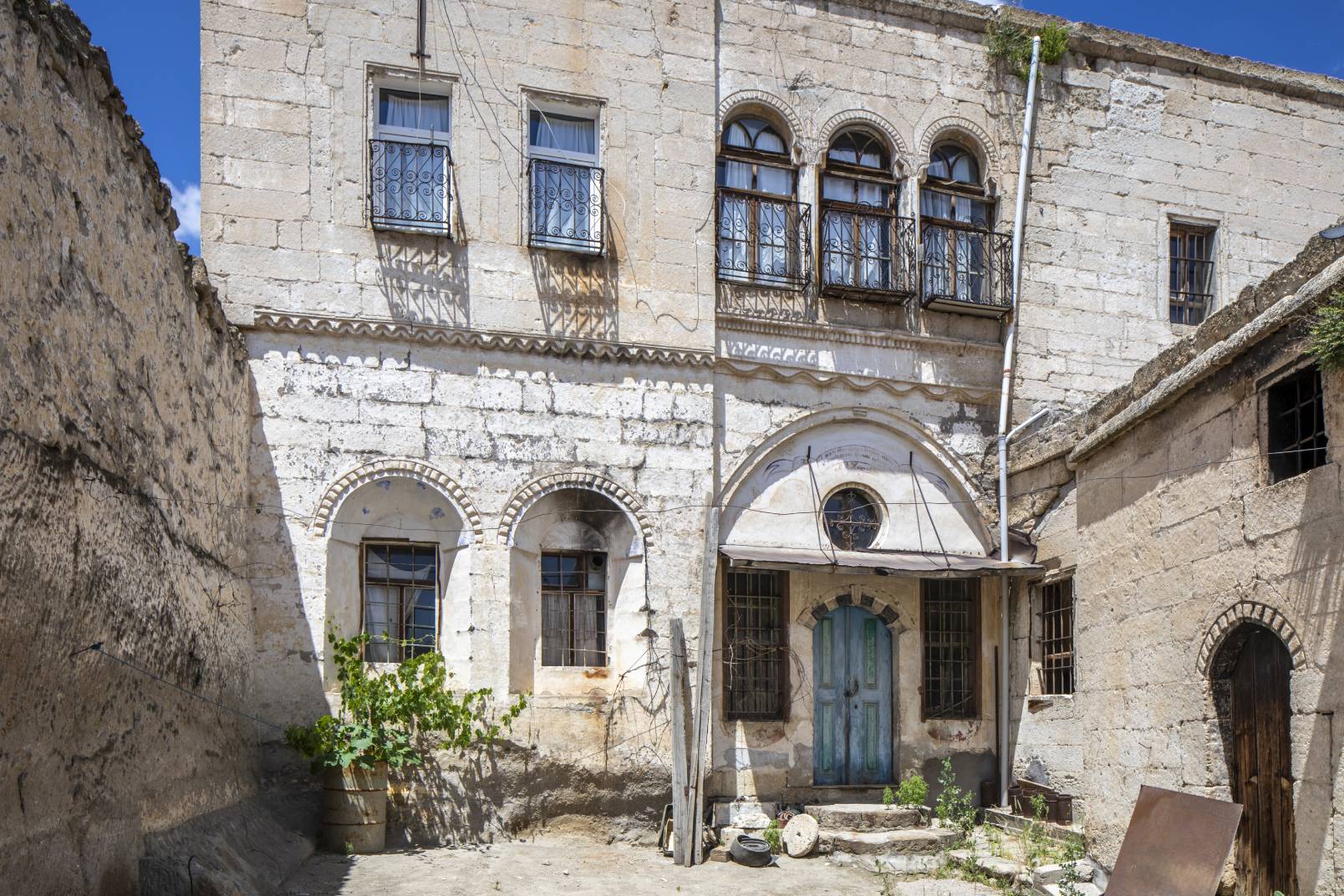 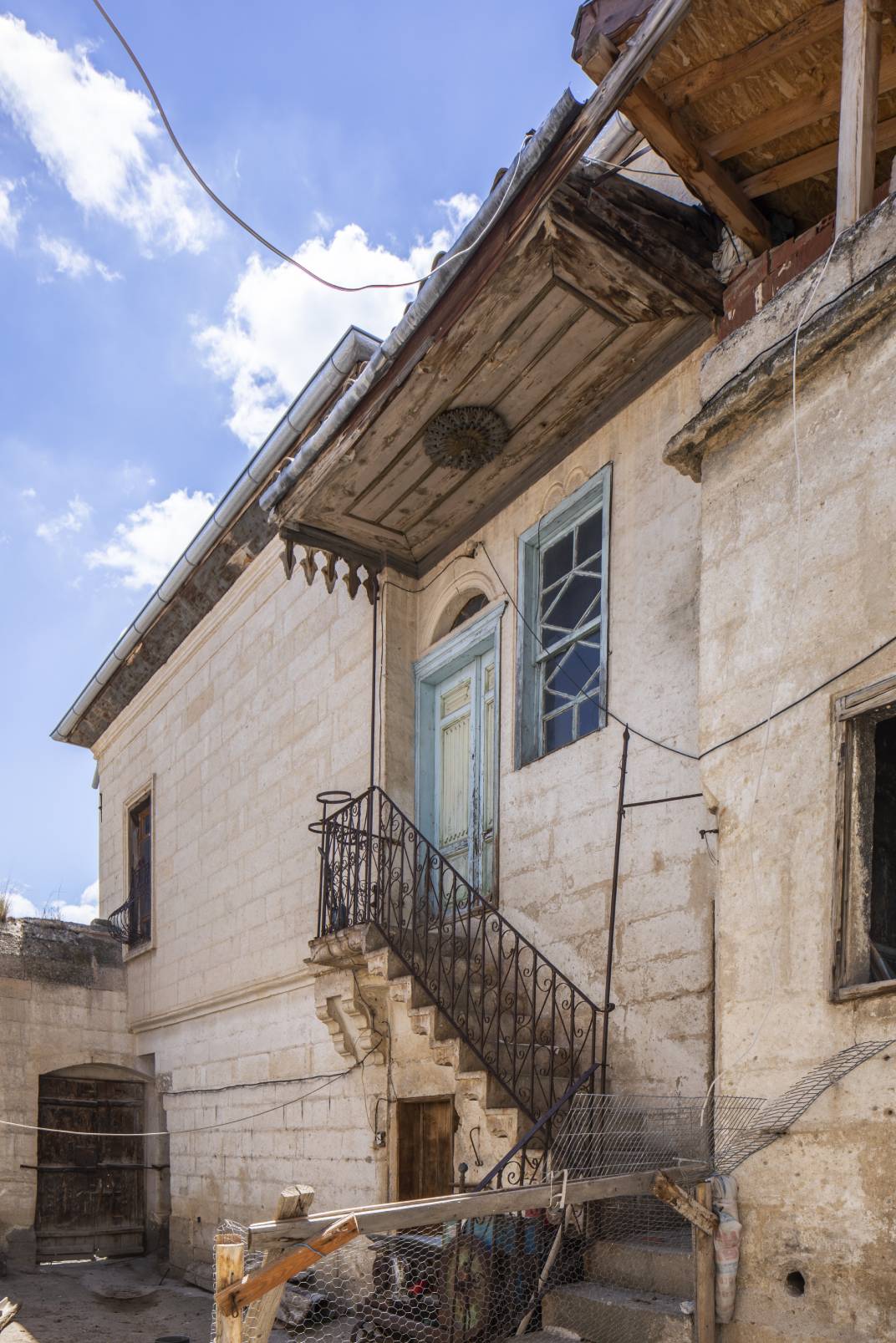 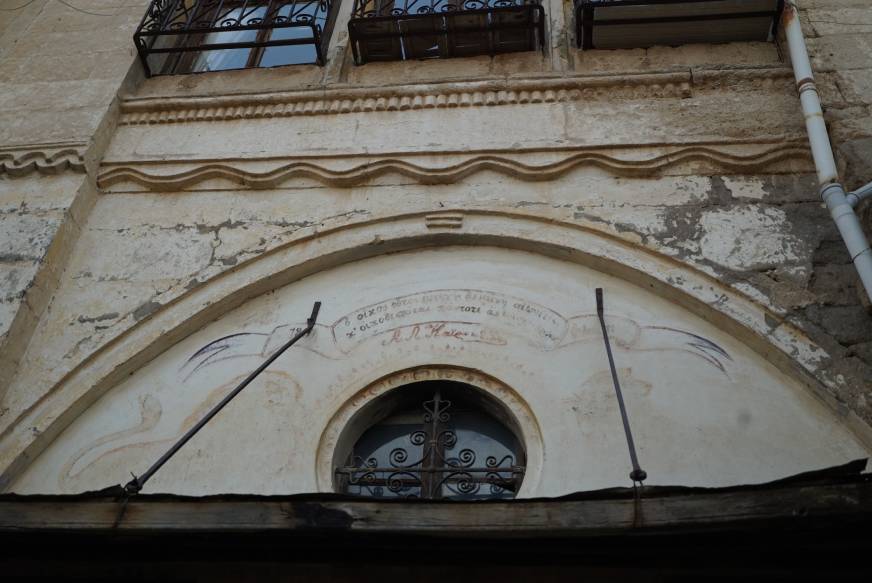 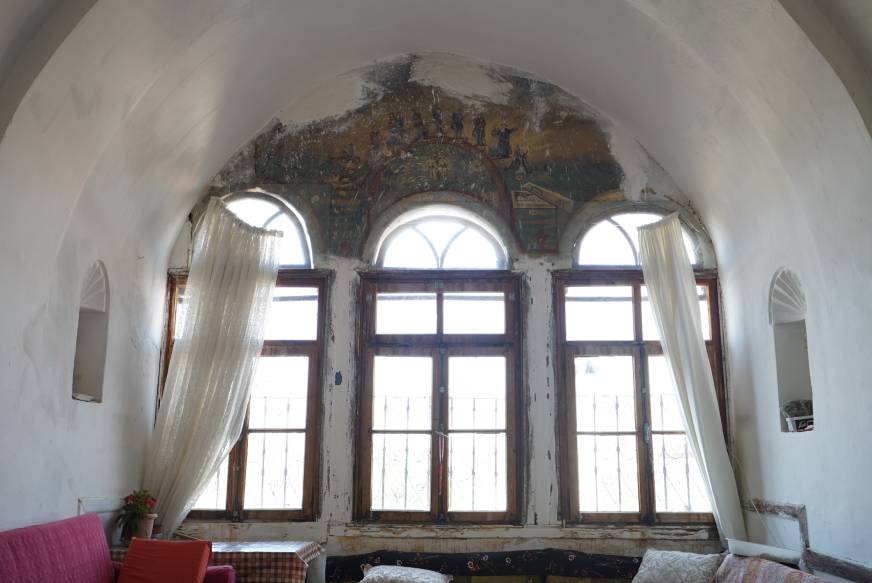 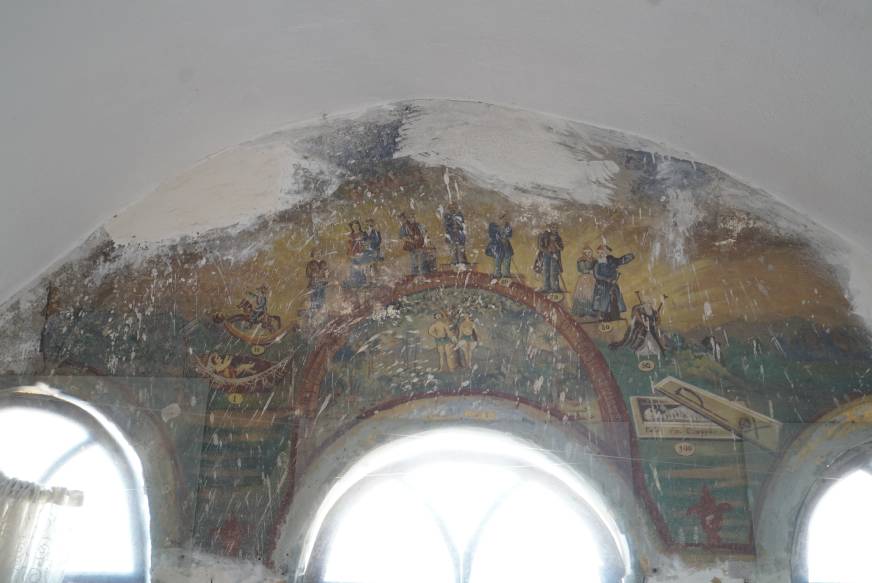 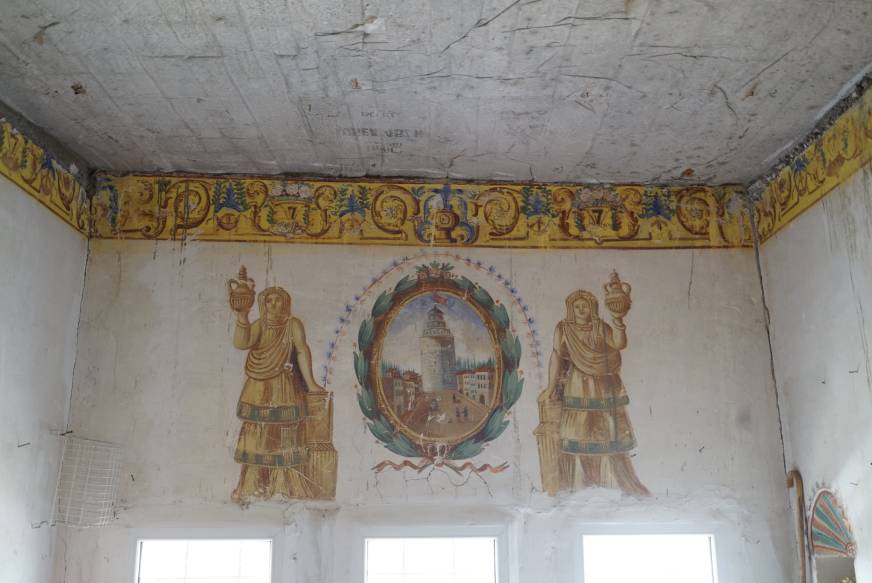 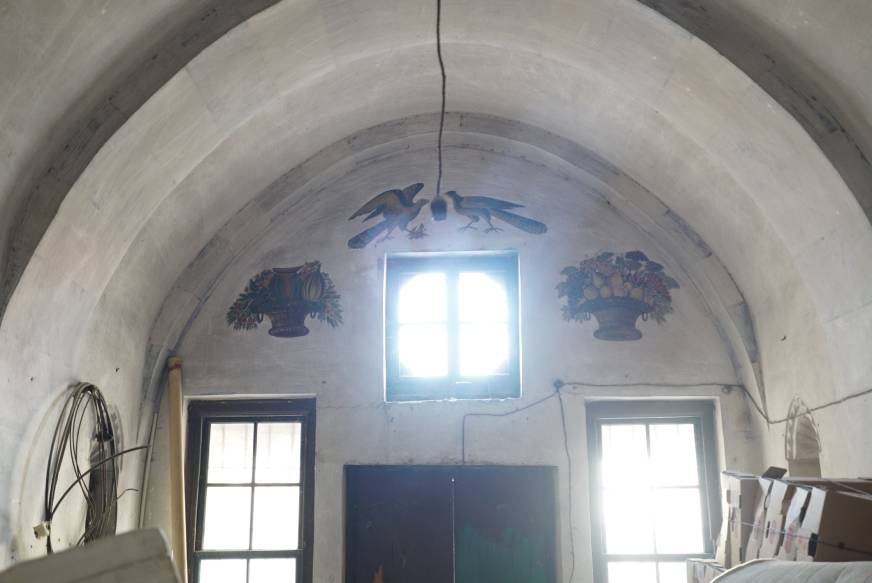 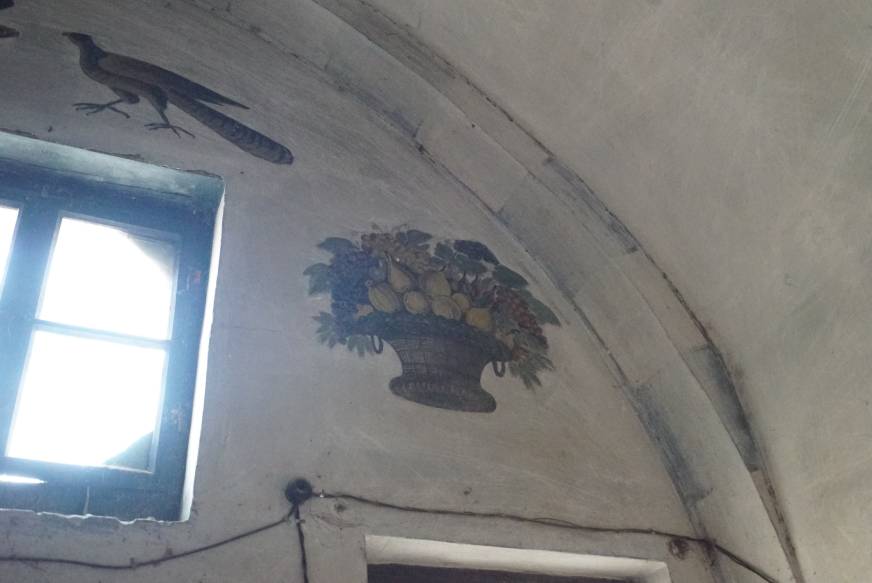 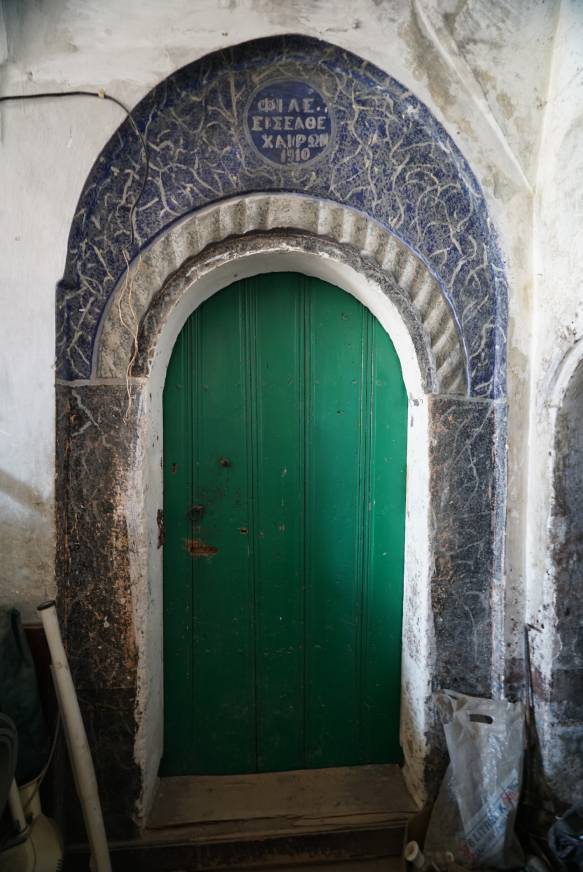 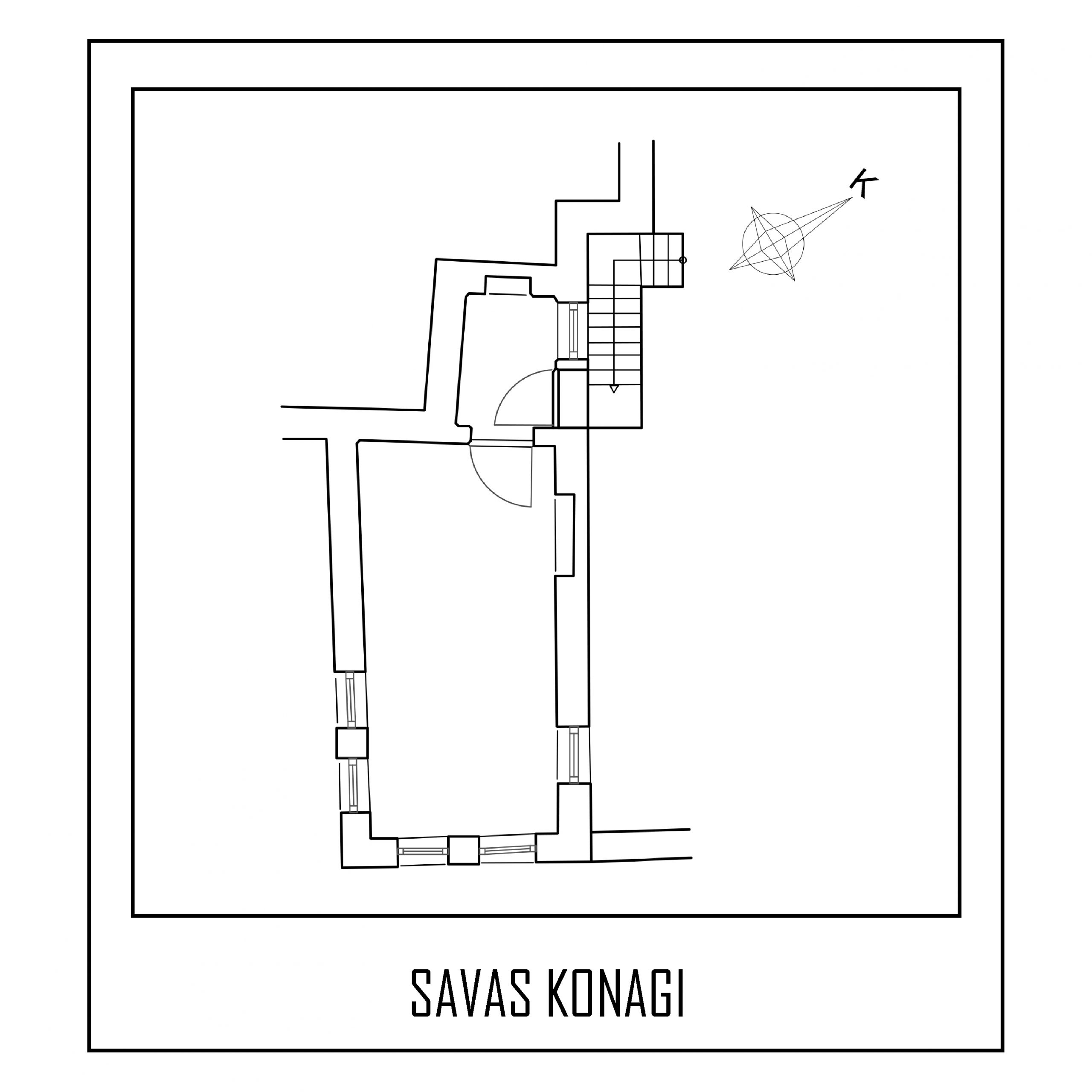 The mansion was built before 1885, according to the inscription on the wall painting in the main room on the second story. Although the owner of the mansion before the exchange was mentioned as Berguba in a registered document; the family’s name is Karaiktidi. Since the Savaş family, one of the local families of Mustafapaşa lived in this house until today, this house is known by their name today. The building has two-story and consists of two independent buildings .

The current plan belongs to the building in the east. An open courtyard is entered through the double-columned and winged wooden door of the mansion. The fences of the stairs and windows found here were made with the cast-iron technique, which is rare in the region and whose construction does not continue today. A rectangular room and a hall are entered through an arched door with steps on the left side of the courtyard. The other building is located at the end of the long L-shaped courtyard.

There is a circular lighting window on the pediment of the entrance door of the building. There is an inscription with the writing 1891 and two lion figures around the window. Stones on the building walls were made with masonry technique; wooden and iron materials were used in the doors, ceilings, and windows. On the upper story sofa, there is one of the most interesting wall painting examples of the region and depictions in which vivid colors were used. On the pediment of the wall where the windows of the barrel-vaulted room are located, the scenes of the Expulsion from Paradise and figures depicting human life in ten-year periods around it were depicted. In addition, Galata Tower of Istanbul was depicted in the other room on the upper story, and there are human figures on each side of the tower. Below the painting is the inscription of the date 1885.