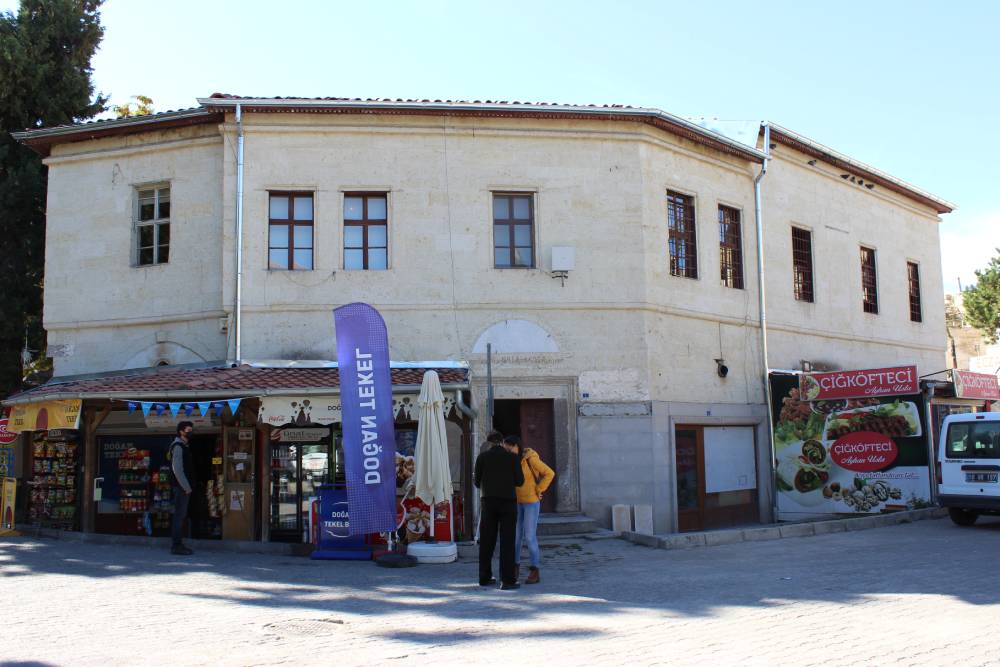 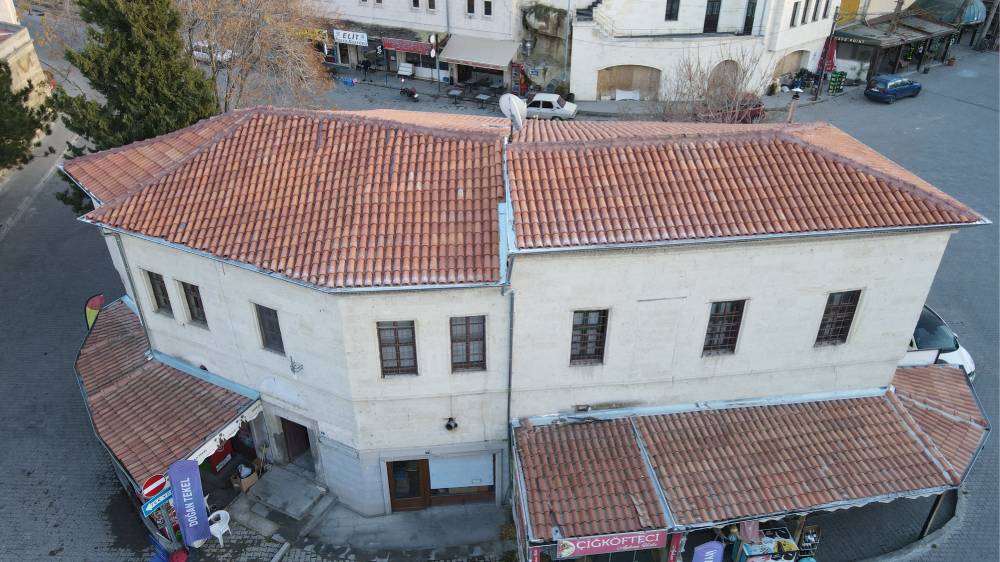 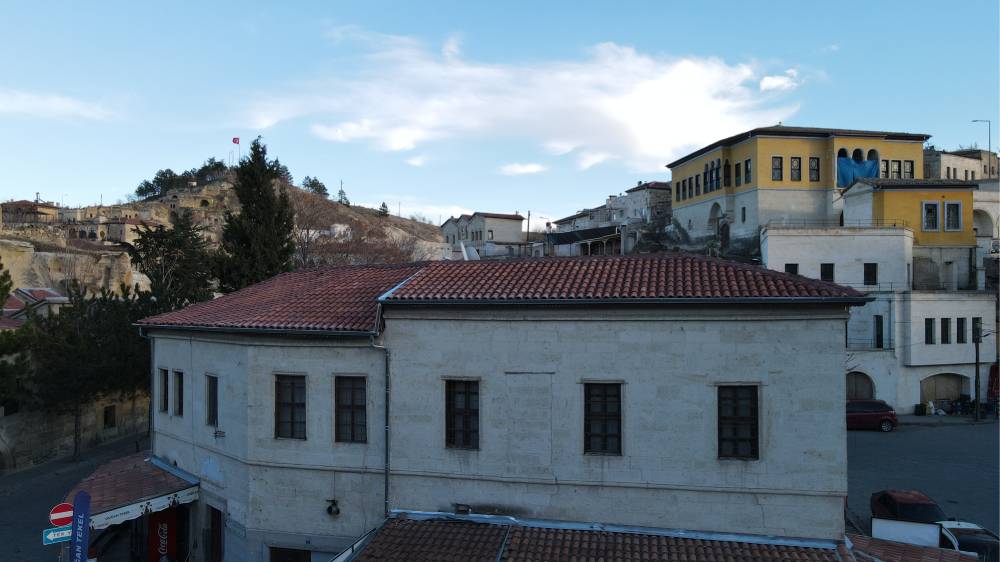 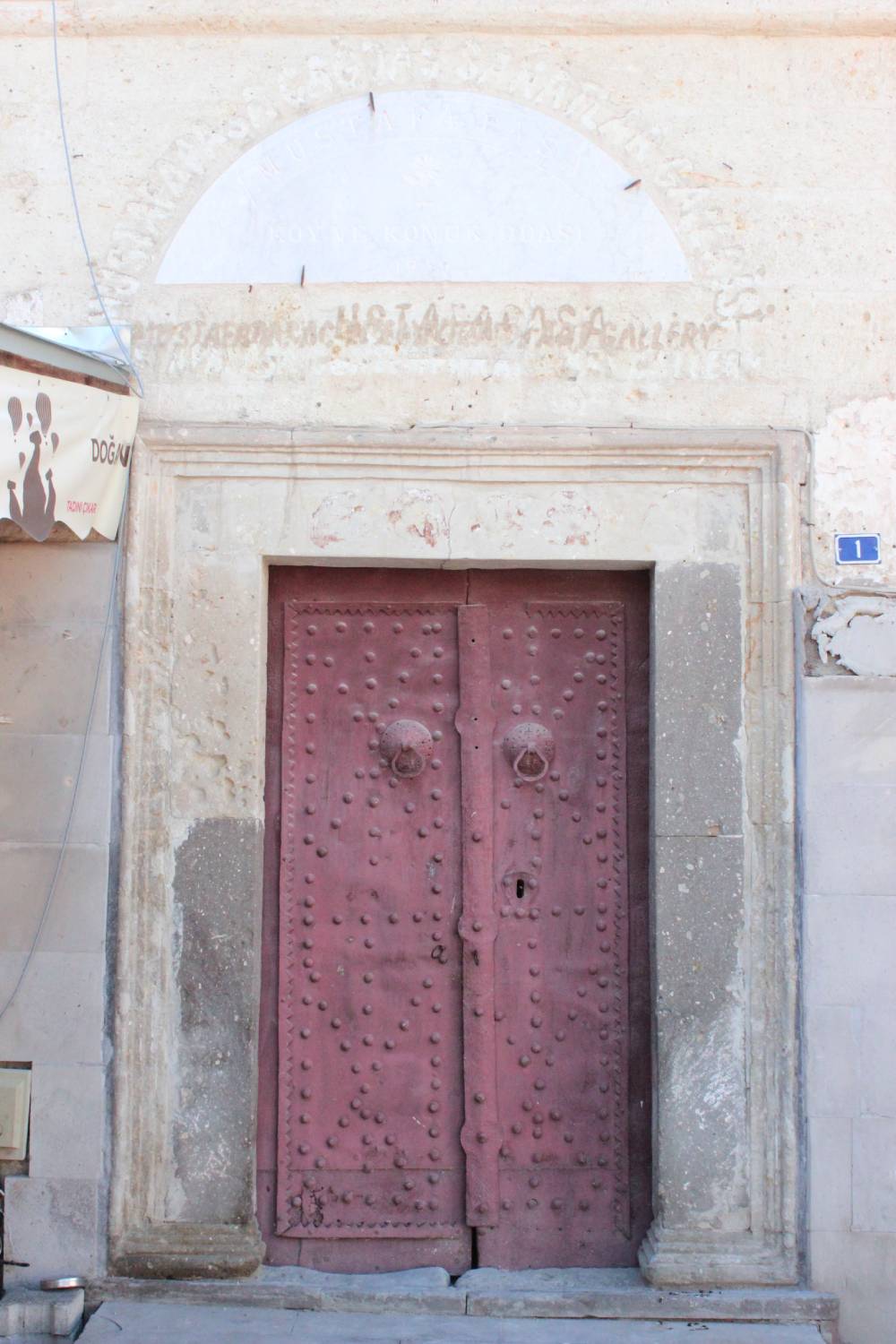 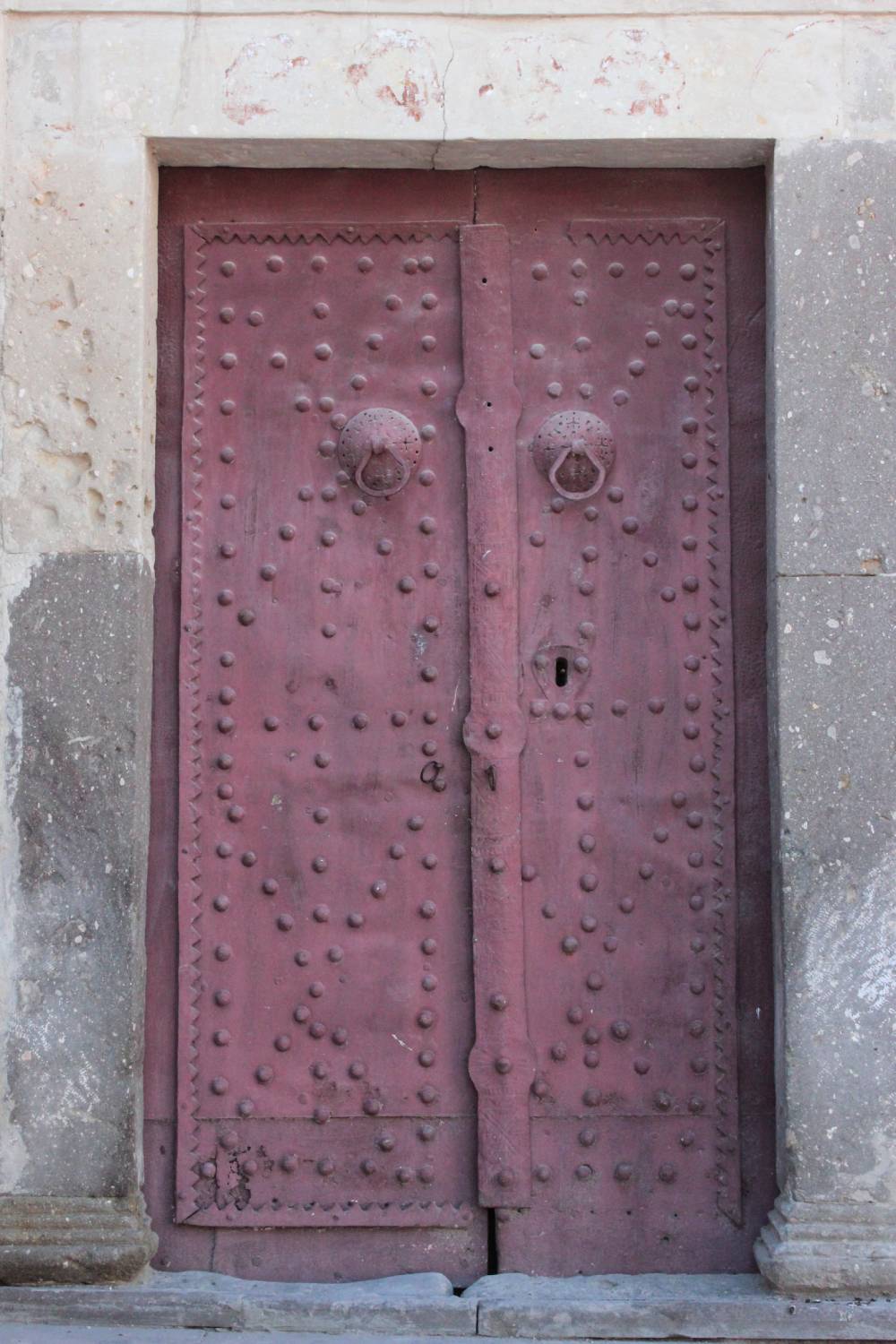 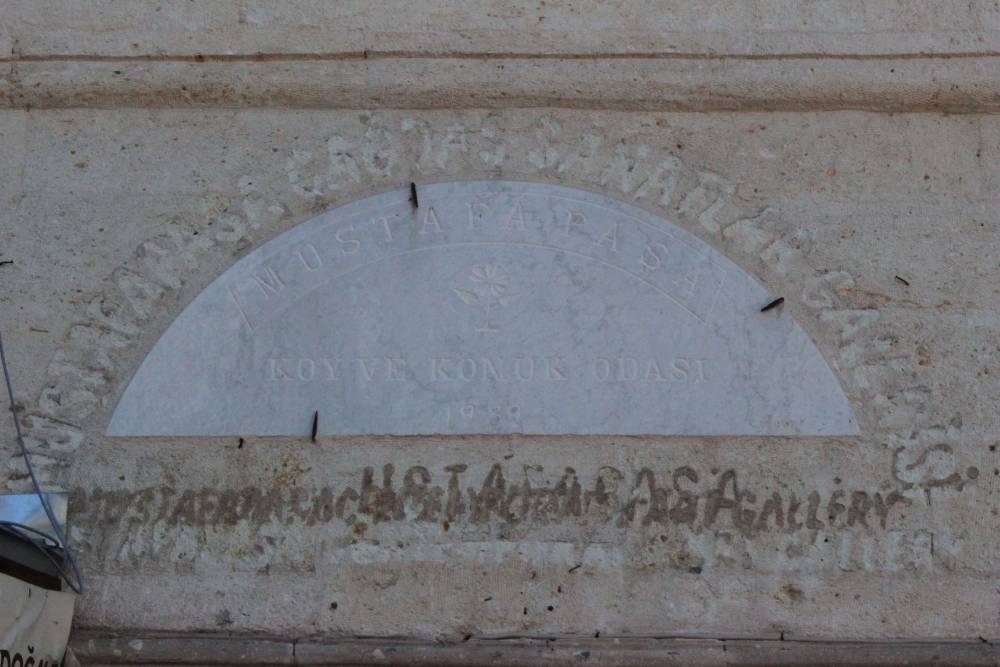 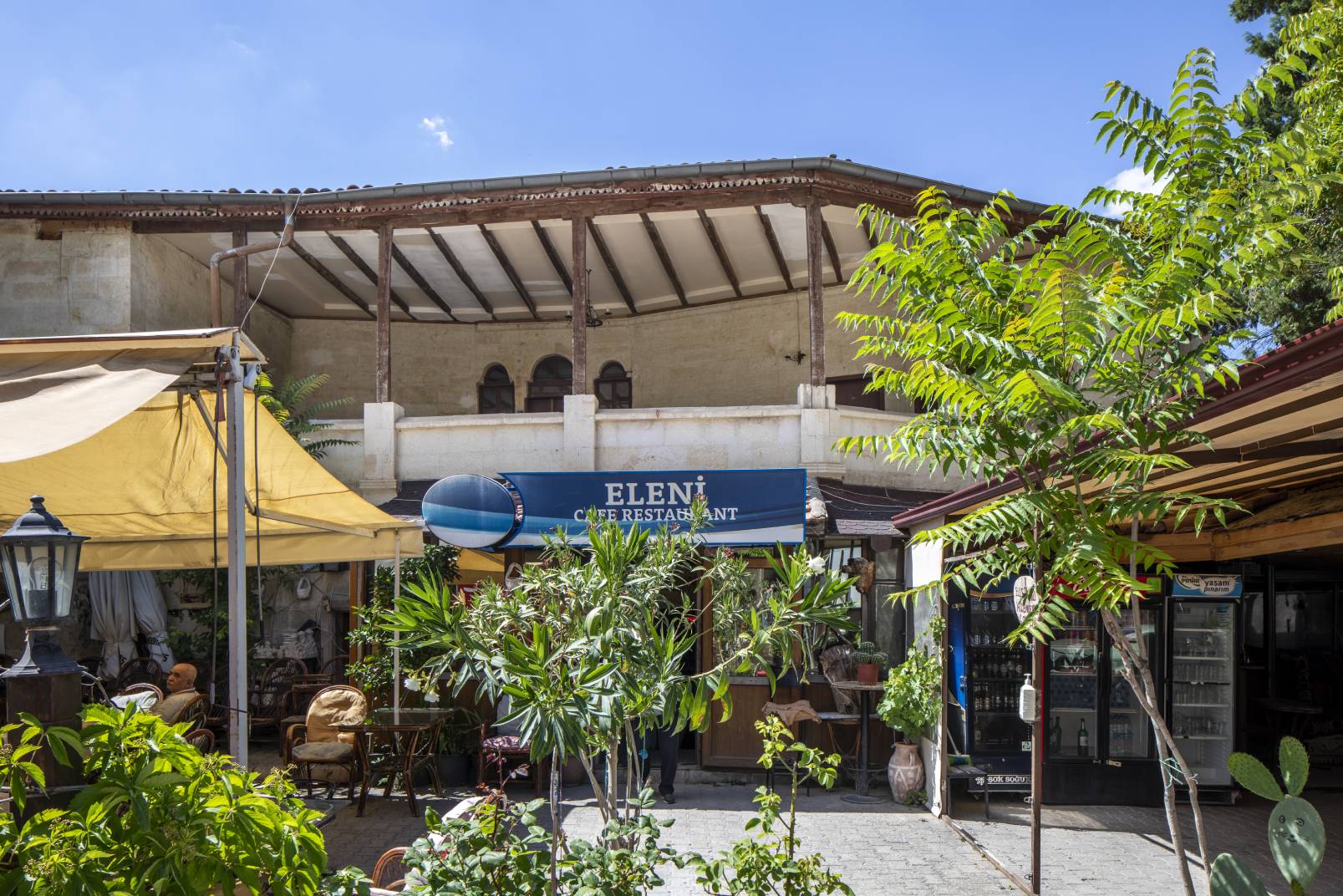 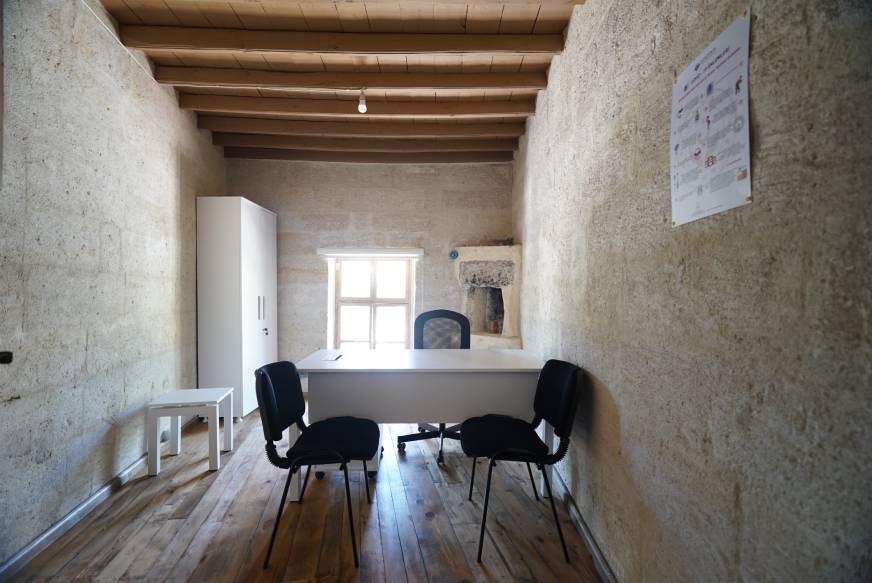 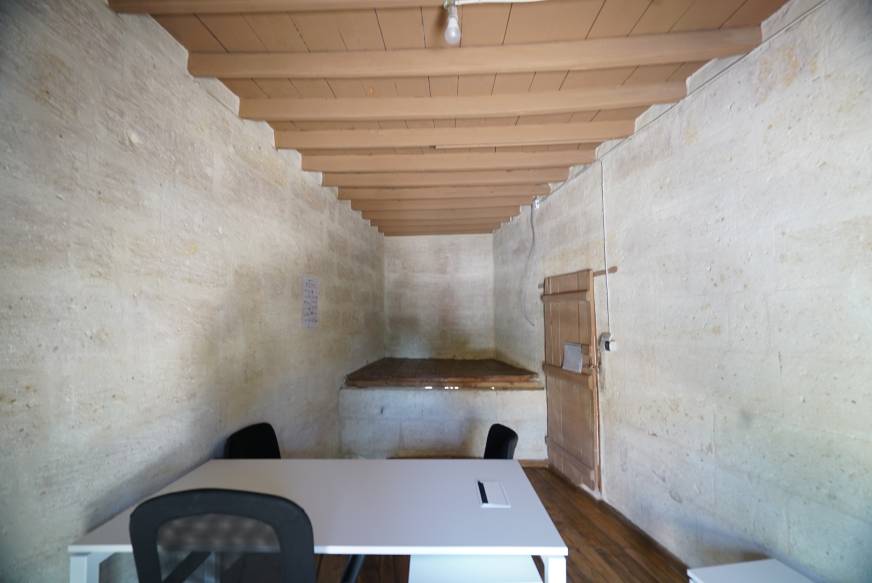 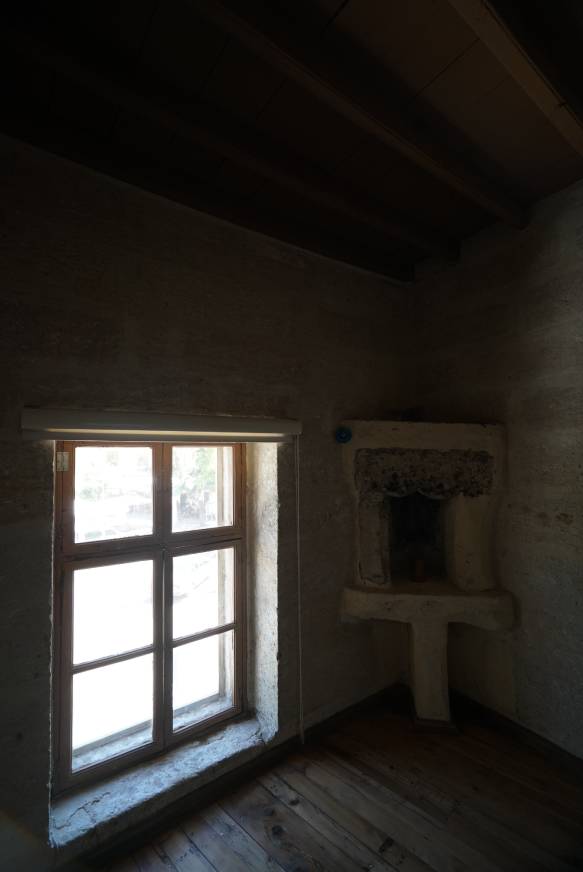 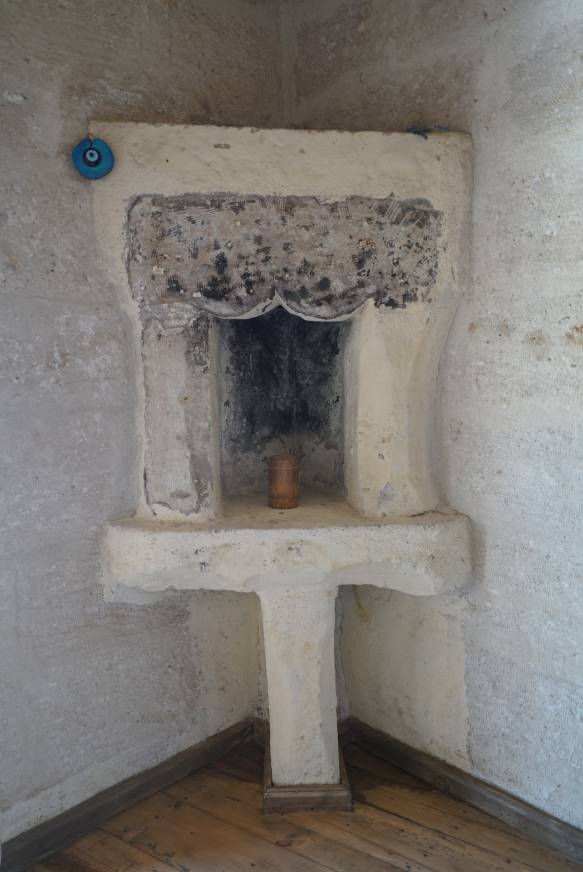 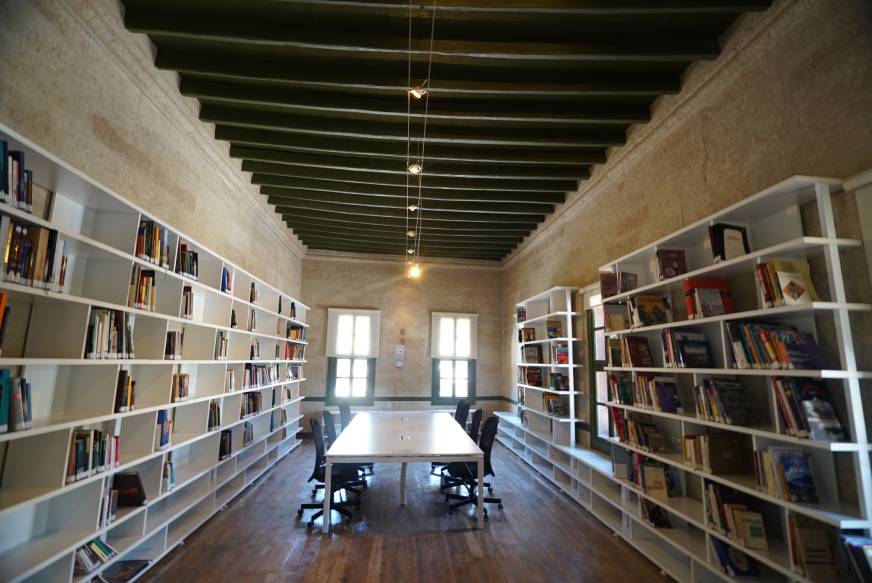 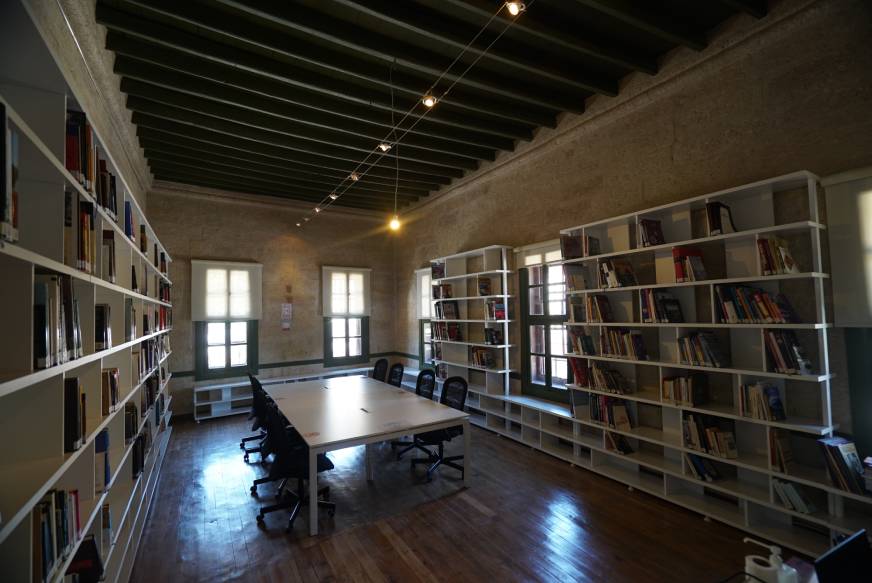 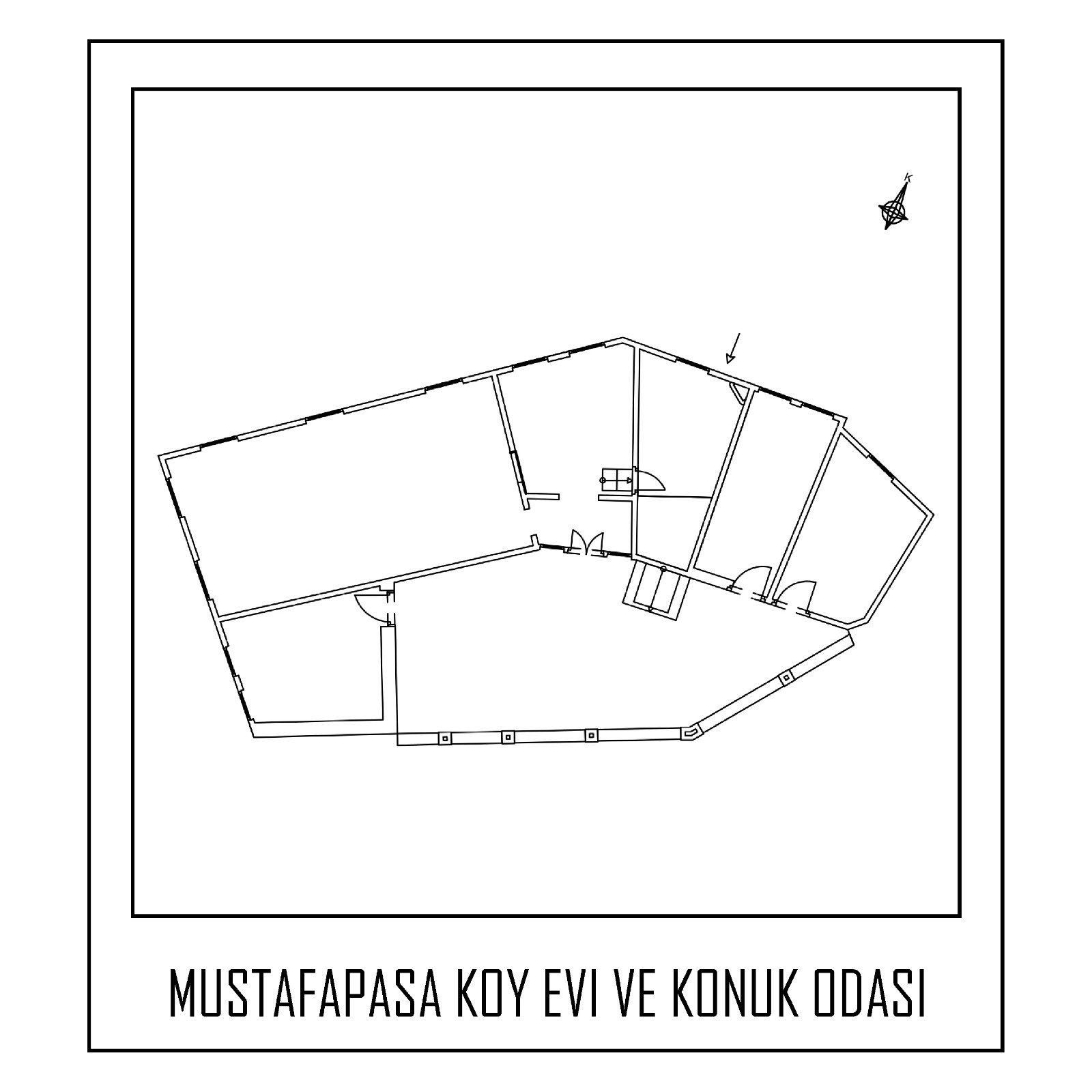 The building, built in the second half of the 19th century, was the meeting place of the village committee, pharmacy and school. During the Turkish Republic era, it had been used as a village room, municipality building, post office, guesthouse and library. Today, it functions as the education building of Cappadocia University. The building is a two-story structure with a polygonal plan.

The main entrance door of the building, located in the center of Mustafapaşa, is on the northwest facade. Above the entrance door, there is the marble inscription “Old Village and Guest Room, 1939”, which indicates one of the functions during the Republican period. The upper story of the building, whose foundations were carved on the bedrock, is reached by a staircase from an arched entrance. Here, there is a terrace area and rooms. Stone on the walls of the building, which was made by carving and masonry technique; wooden material was used in the doors, ceilings, and windows.