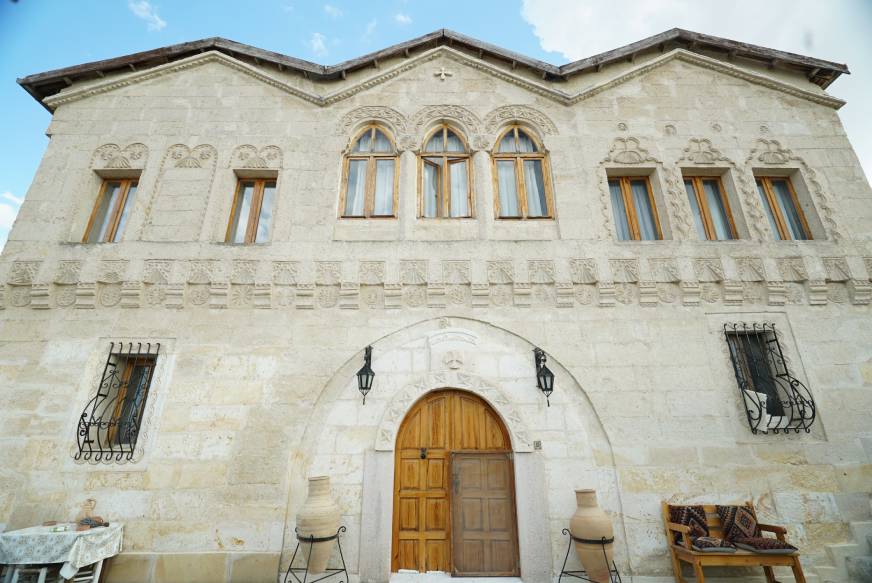 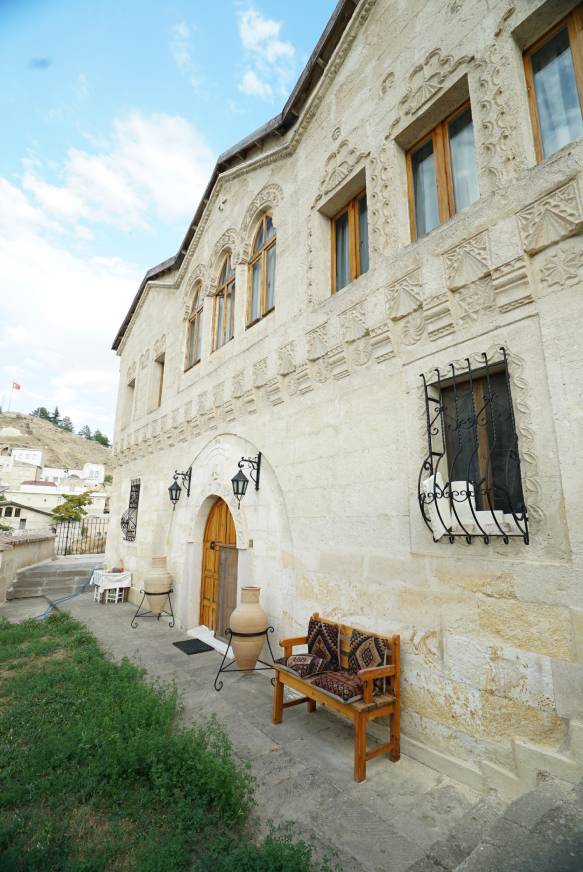 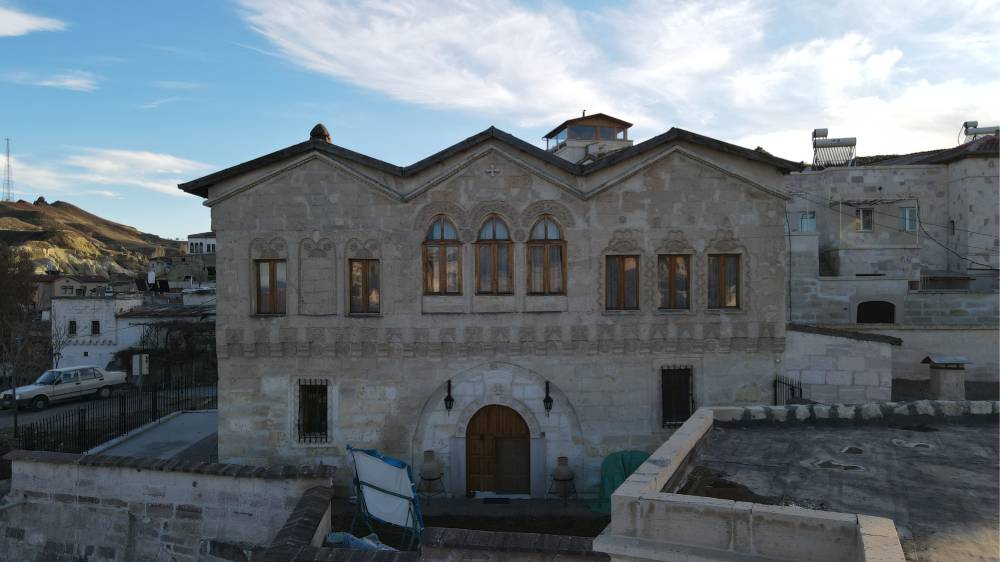 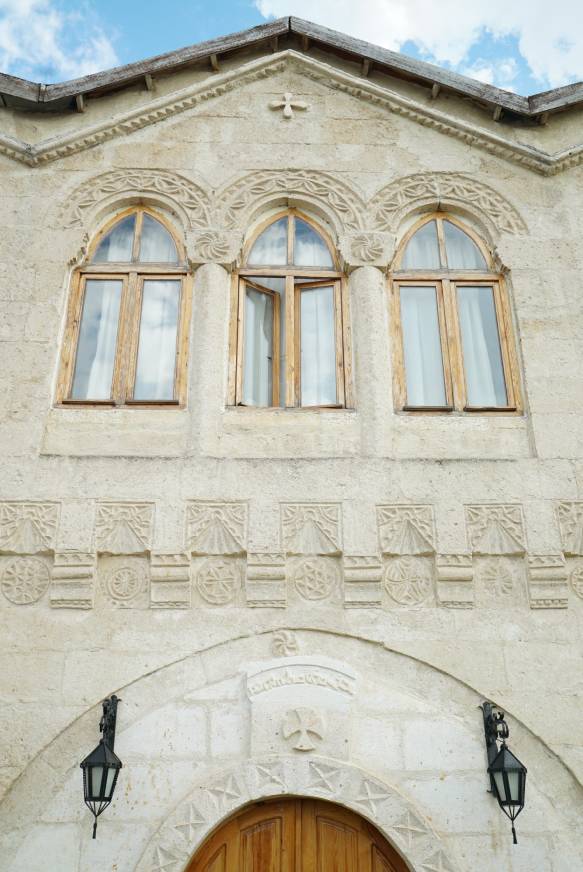 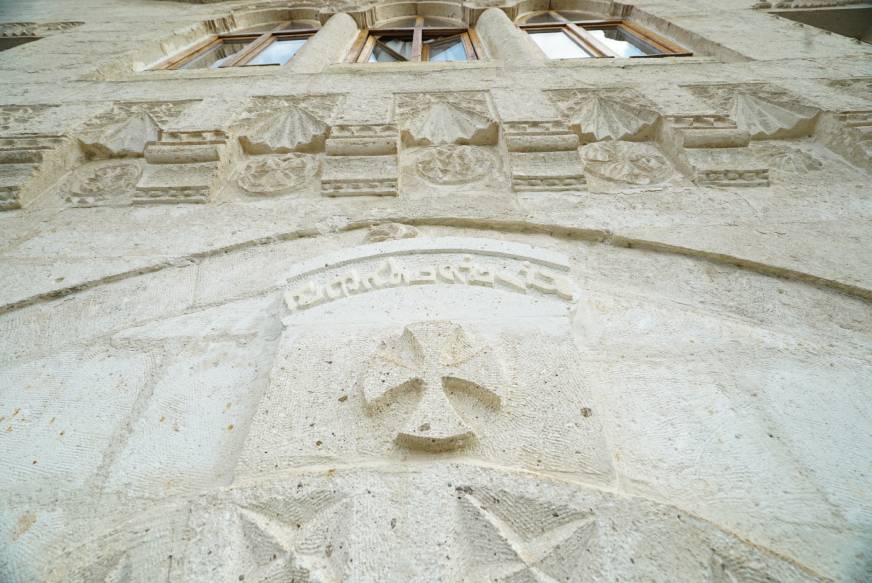 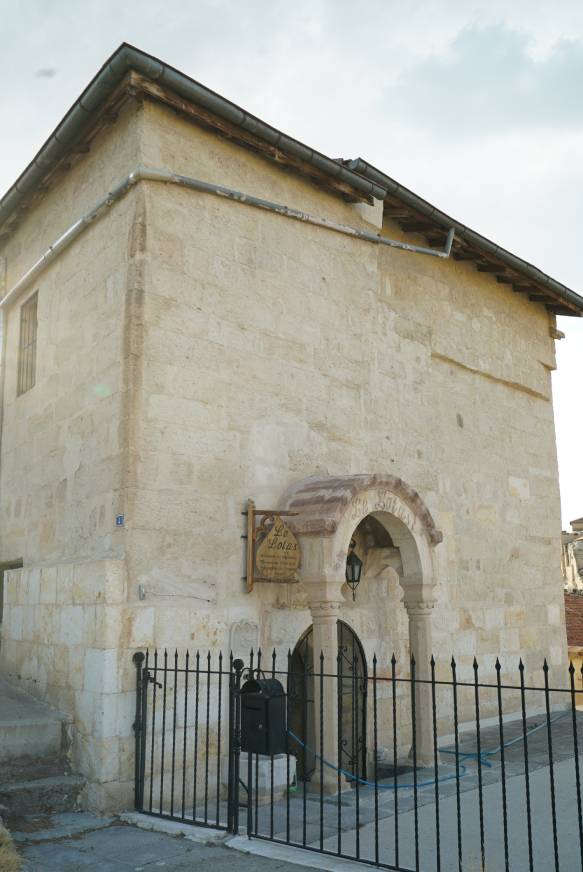 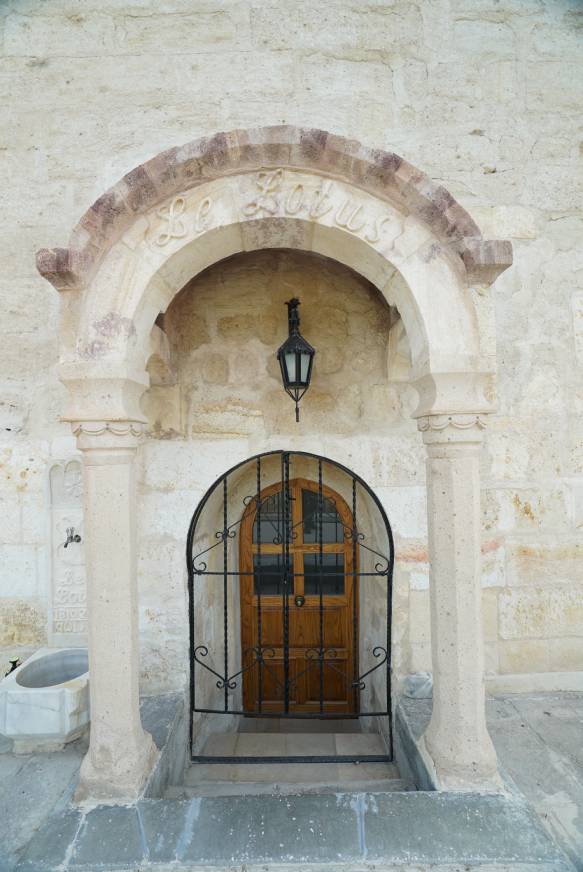 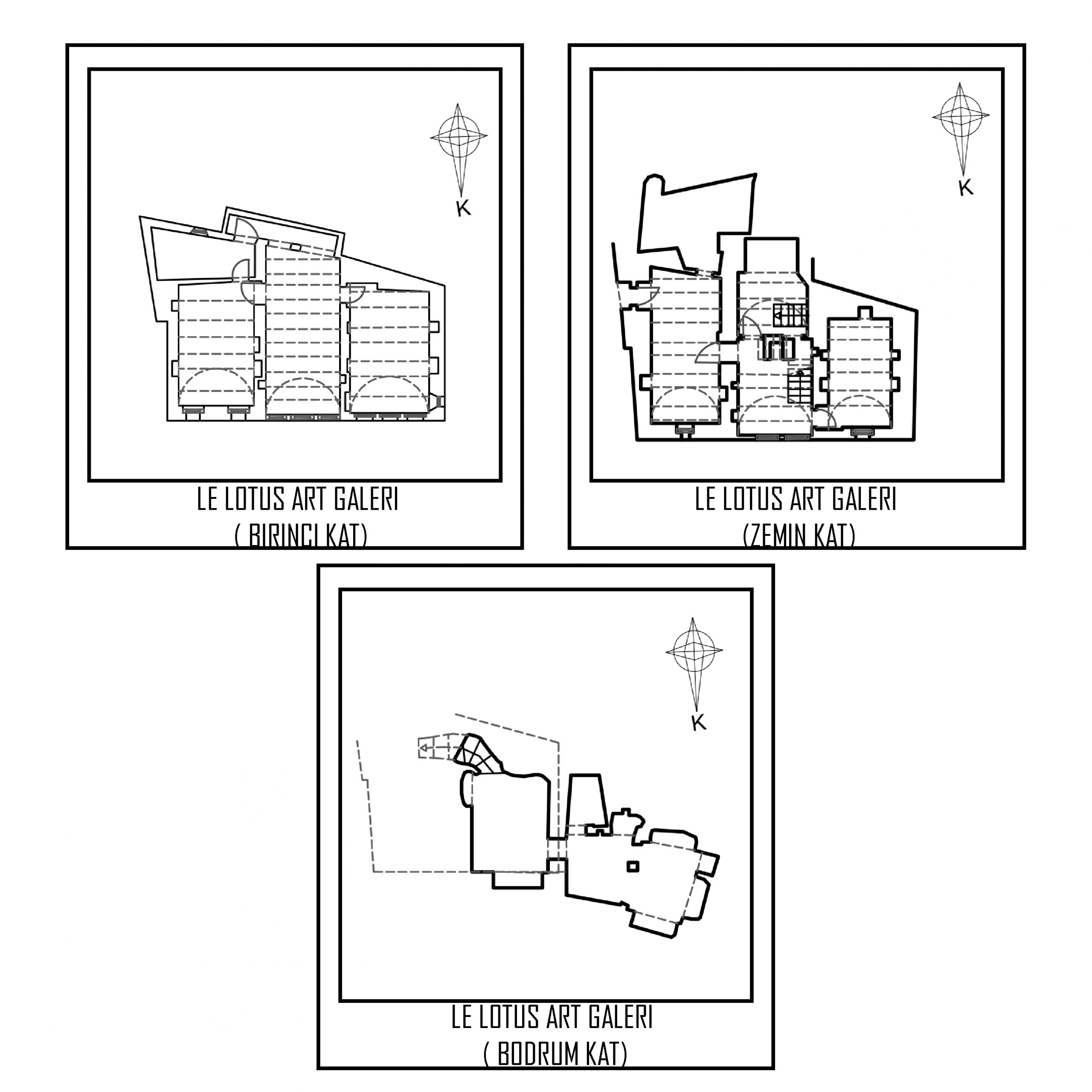 The owner of the mansion, built in the second half of the 19th century, was Adam, a large family known to have different houses nearby. After the population exchange, the mansion in which the Özdemir family lived has been in the use of a foreign entrepreneur for many years and has been functioning under the name “La Lotus Art Gallery”. With its general appearance, the building has a basilica plan.

The triple gable roof is the most characteristic feature of the building, consisting of two stories and three sections. The main entrance door is located on the east side, and a closed courtyard is entered from here. There are several other houses in the village with three gable roofs similar to this structure. The most important of these is located just behind this mansion, on the opposite side of the street. The basement story of the mansion was made by carving technique. Stone material was used on the ground, first-story walls were built with the masonry technique, and wooden material was used on the door, ceiling, and window elements. The moldings separating the stories of the building are in the form of two rows of cantilevers made with stone carvings, and together with the stone engravings around the window, they added mobility to the facade.