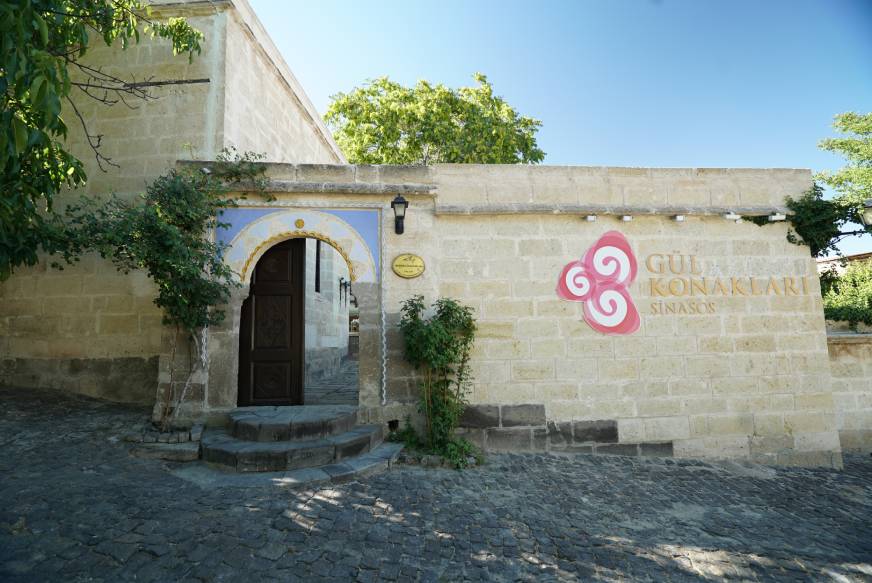 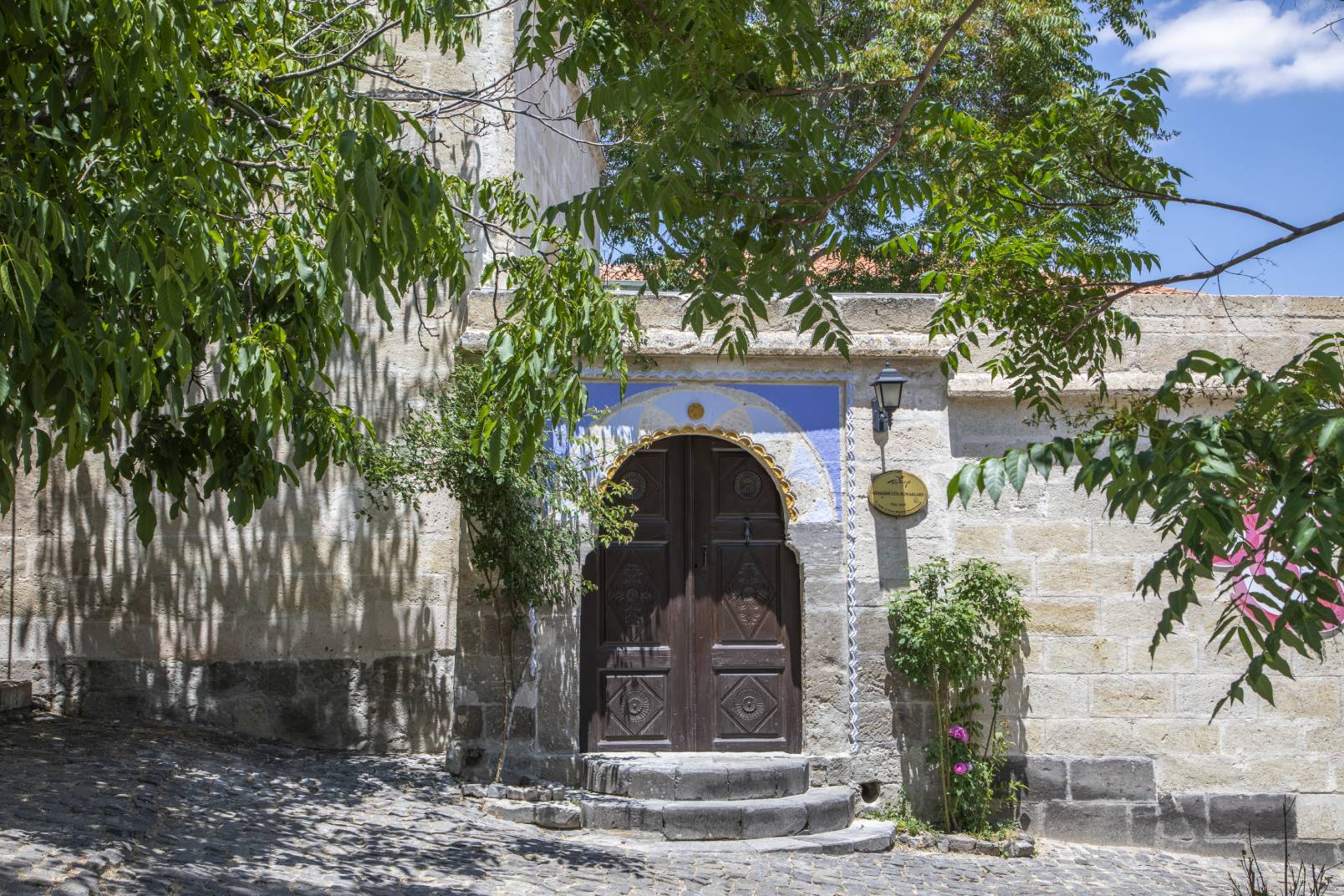 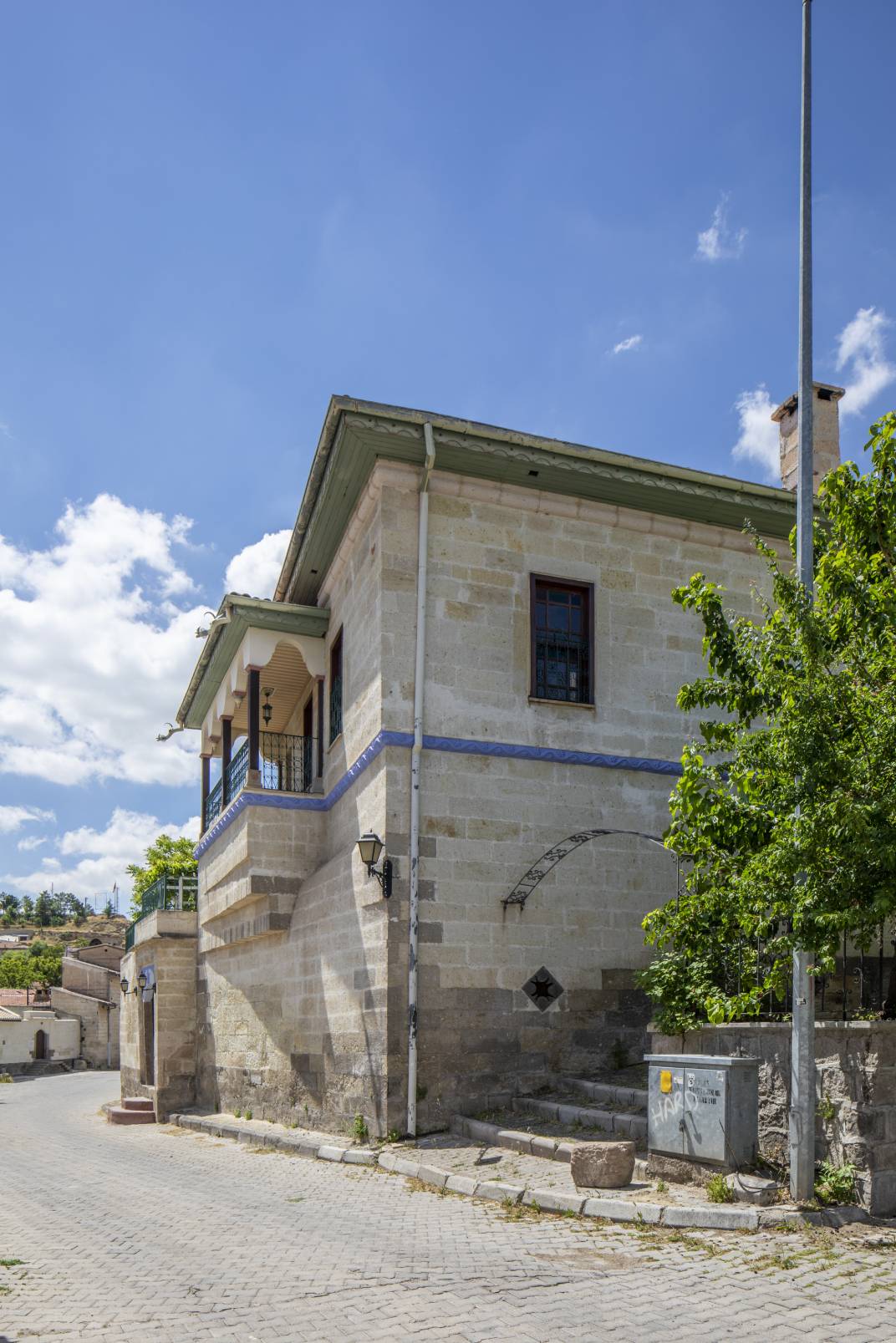 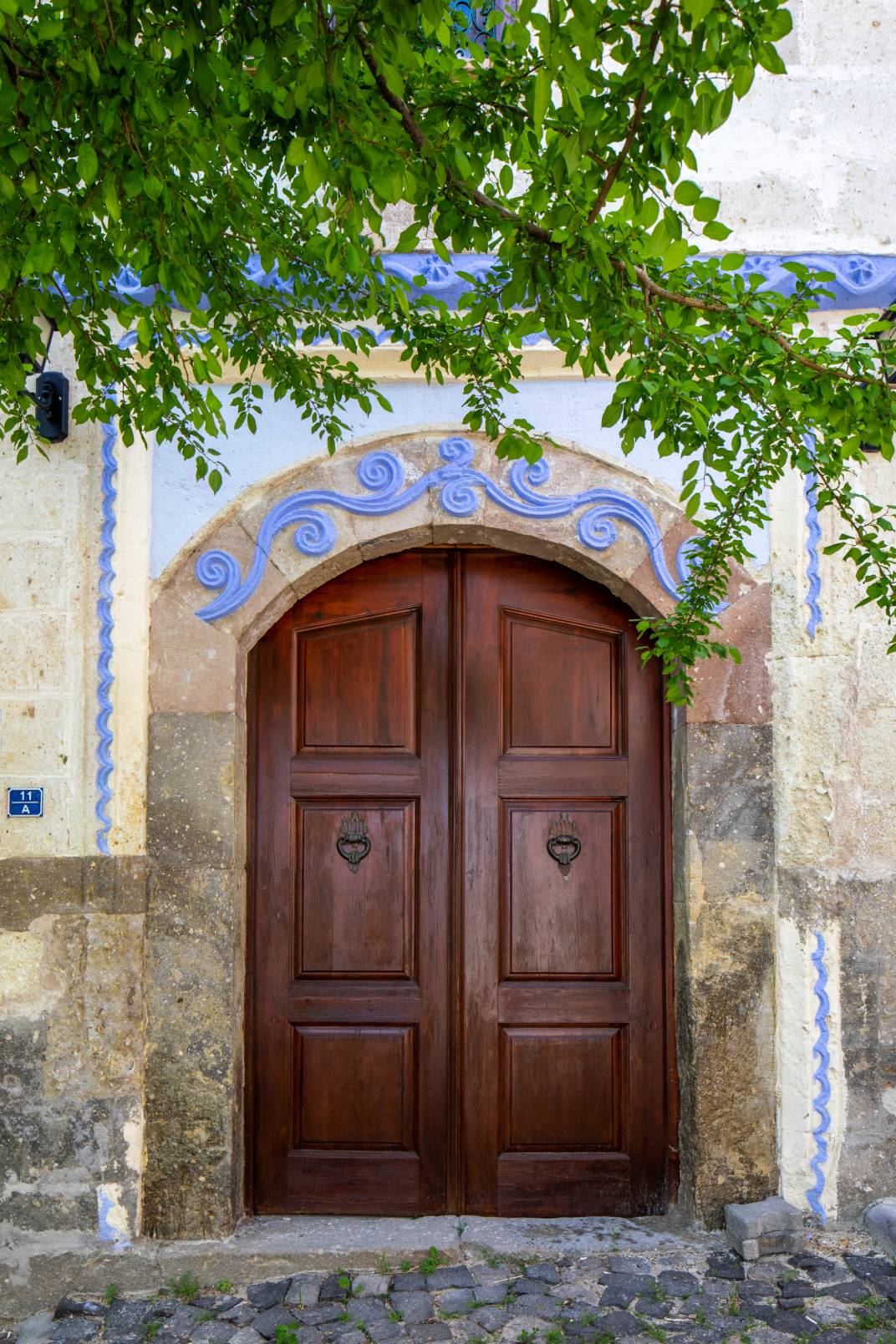 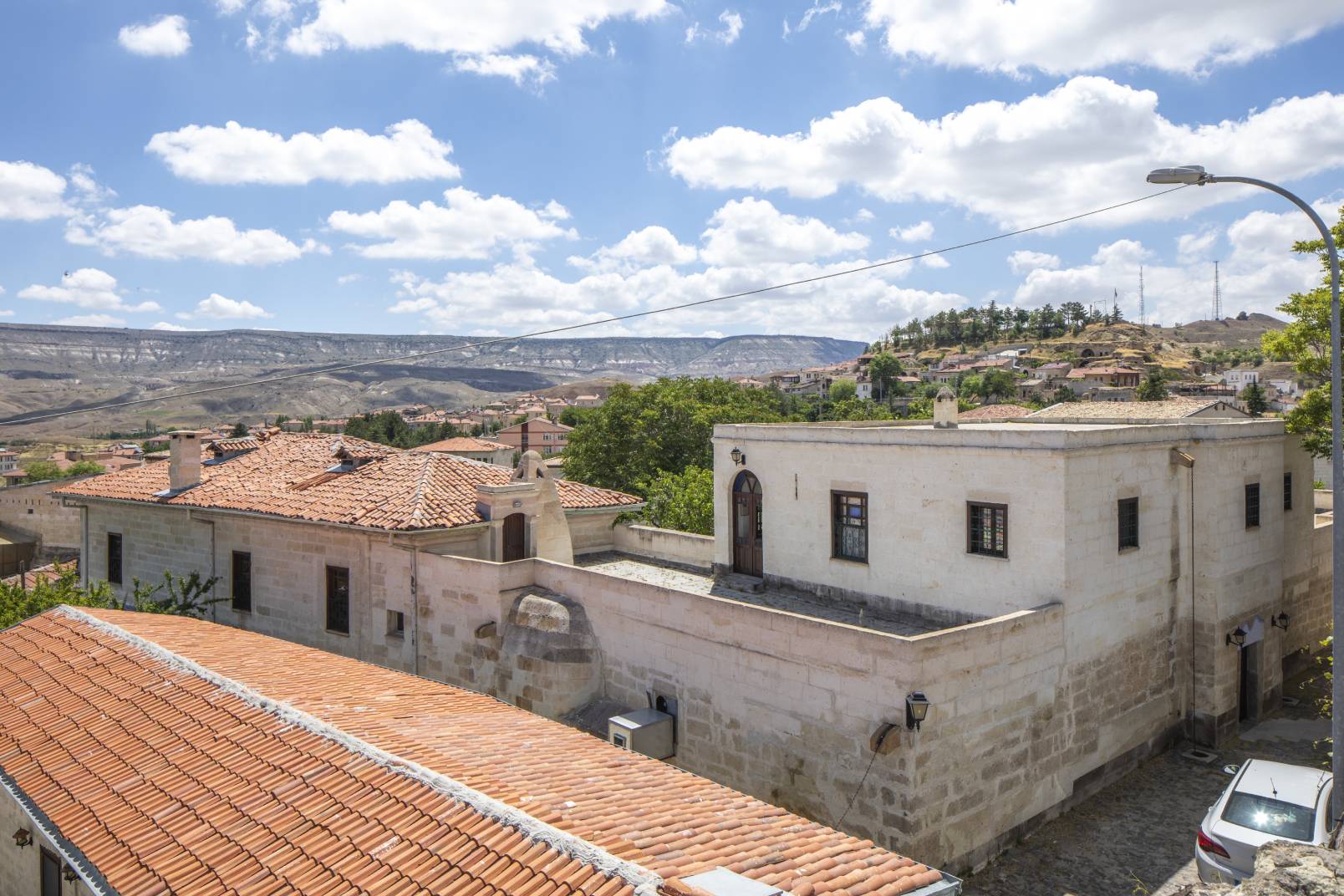 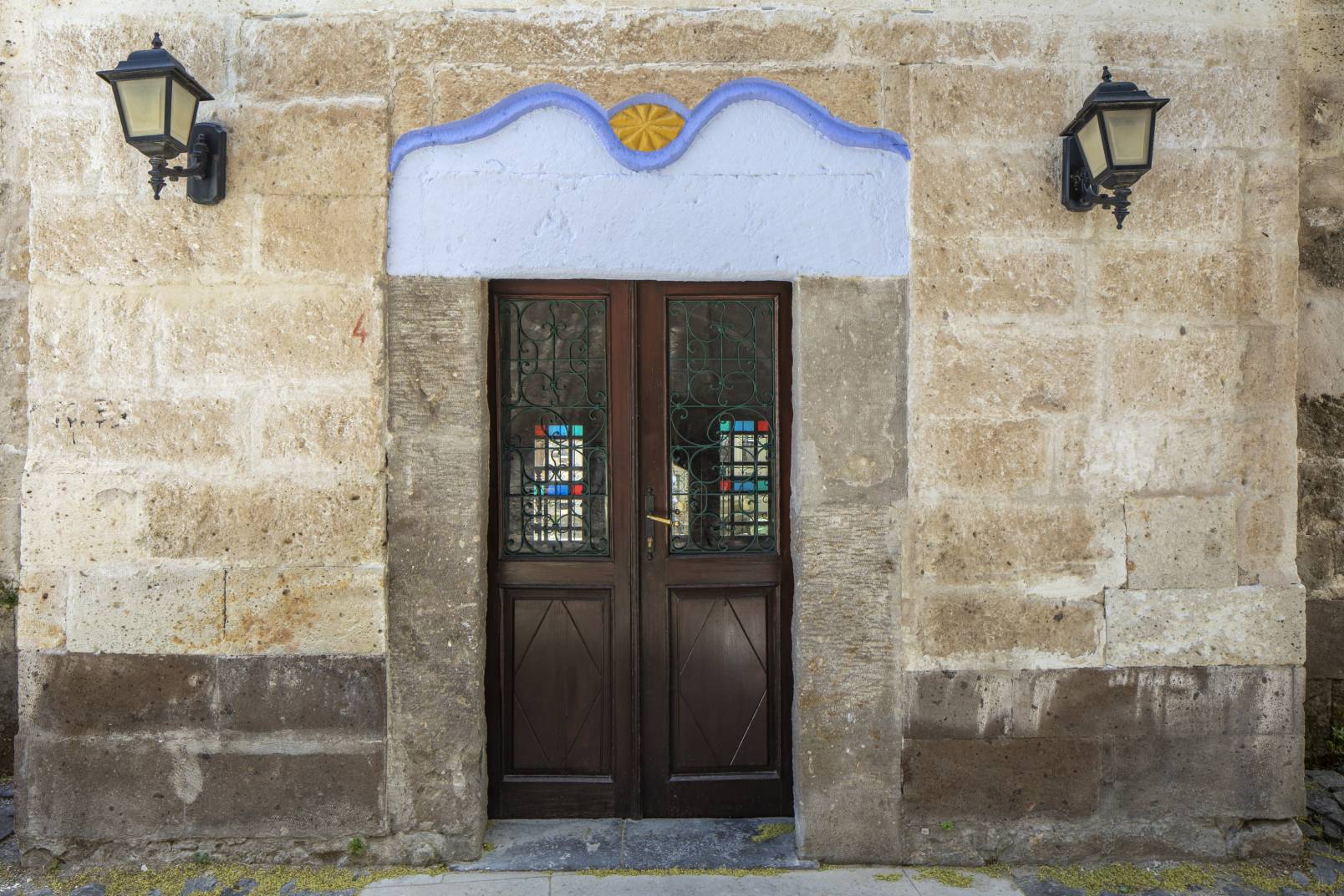 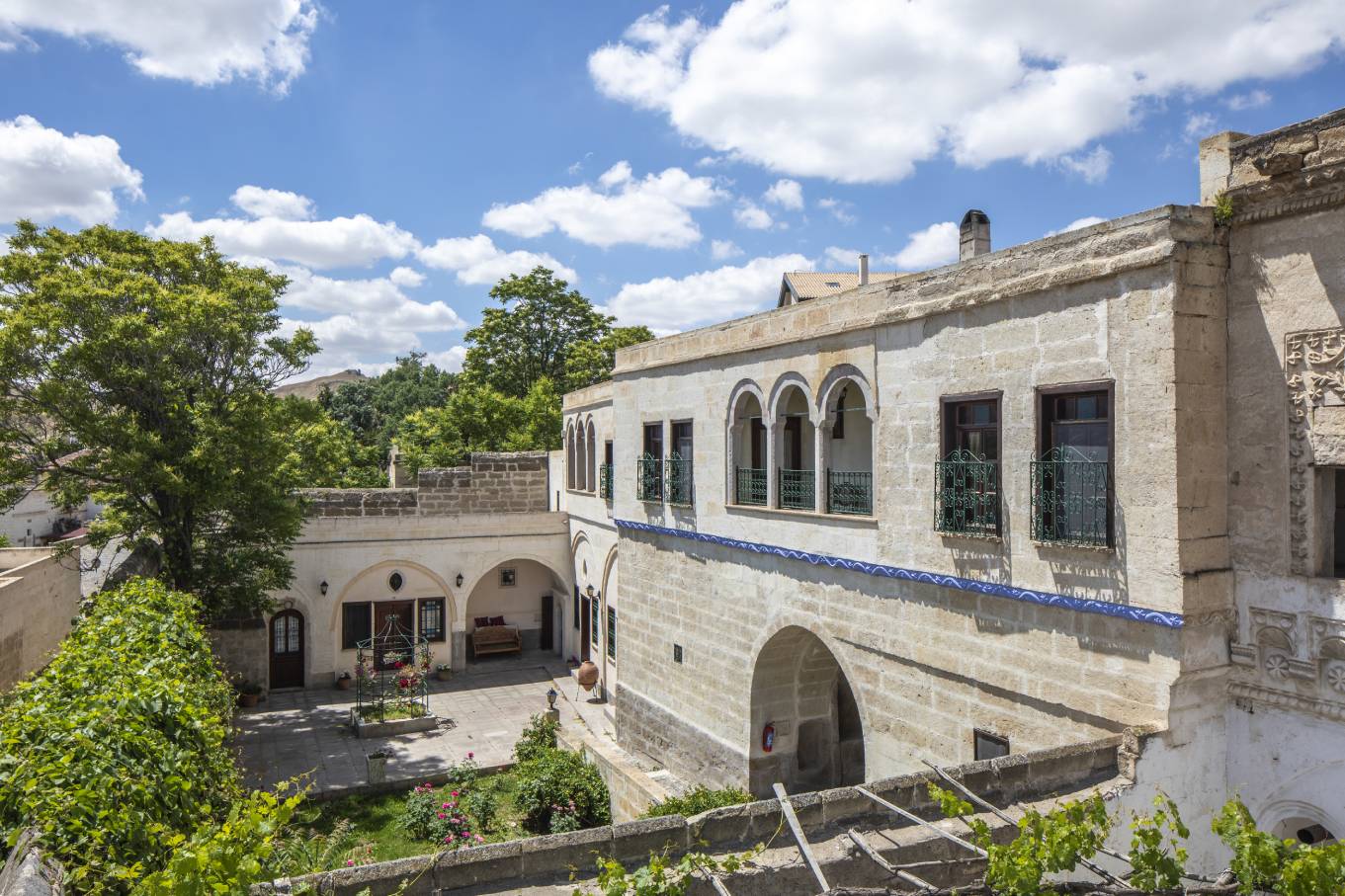 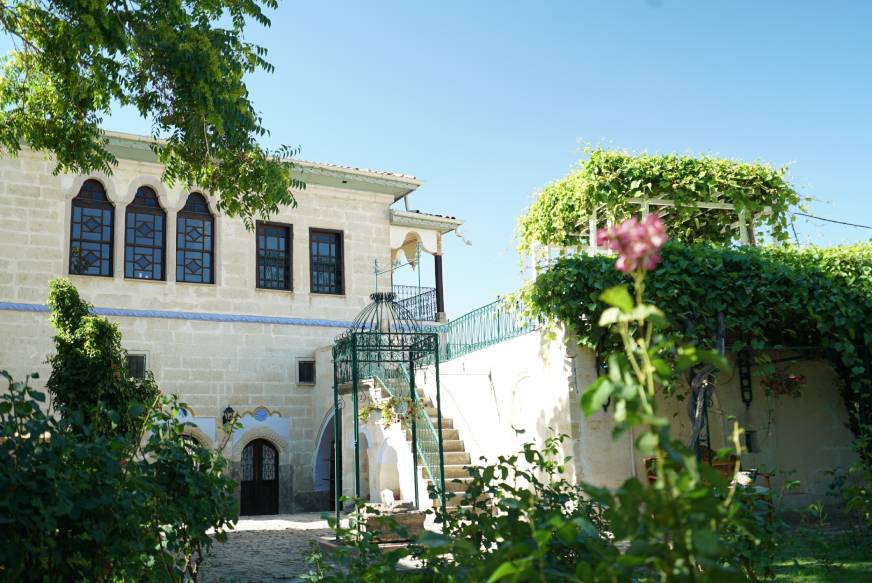 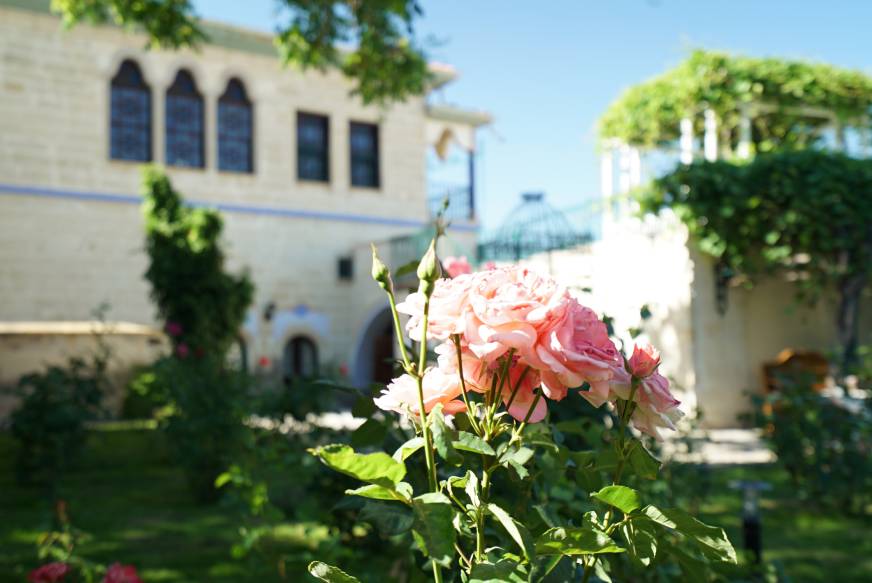 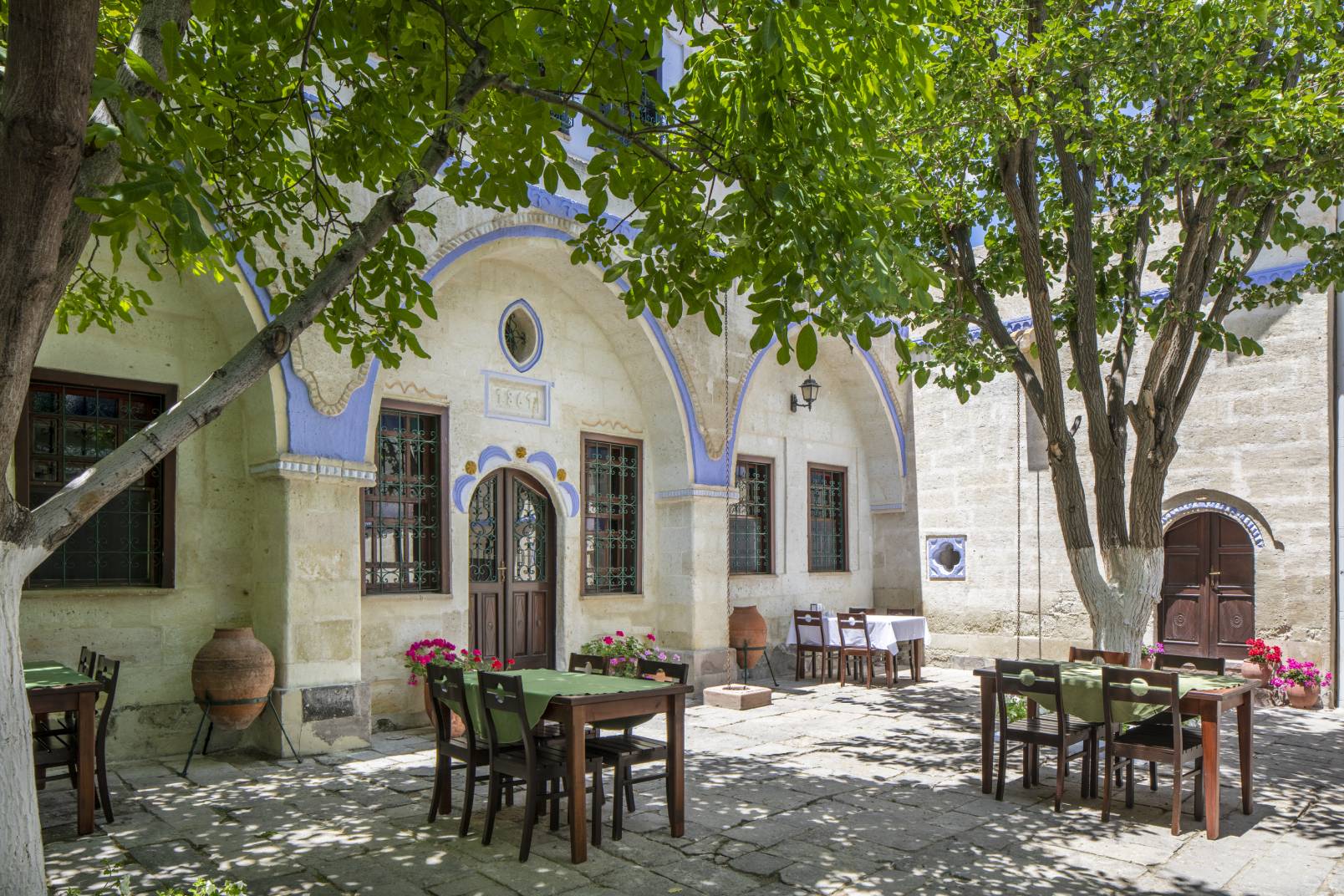 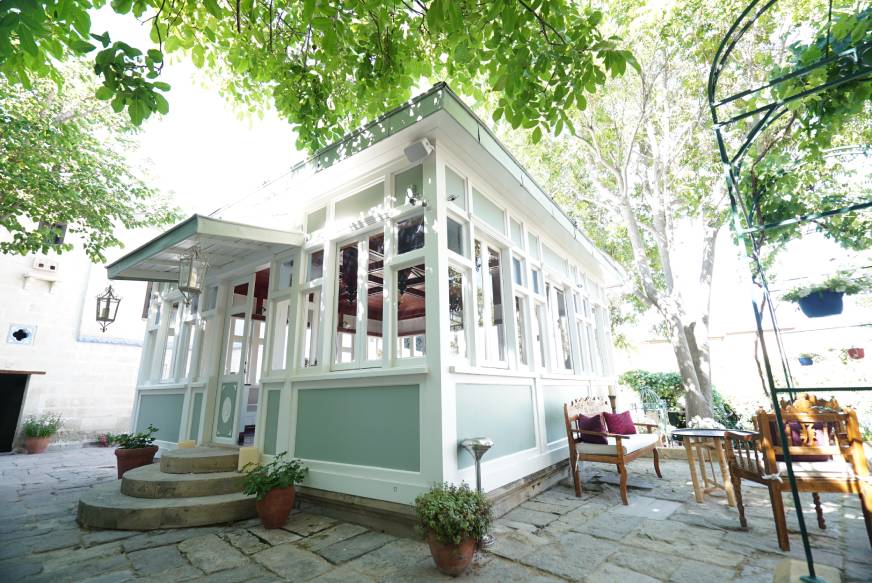 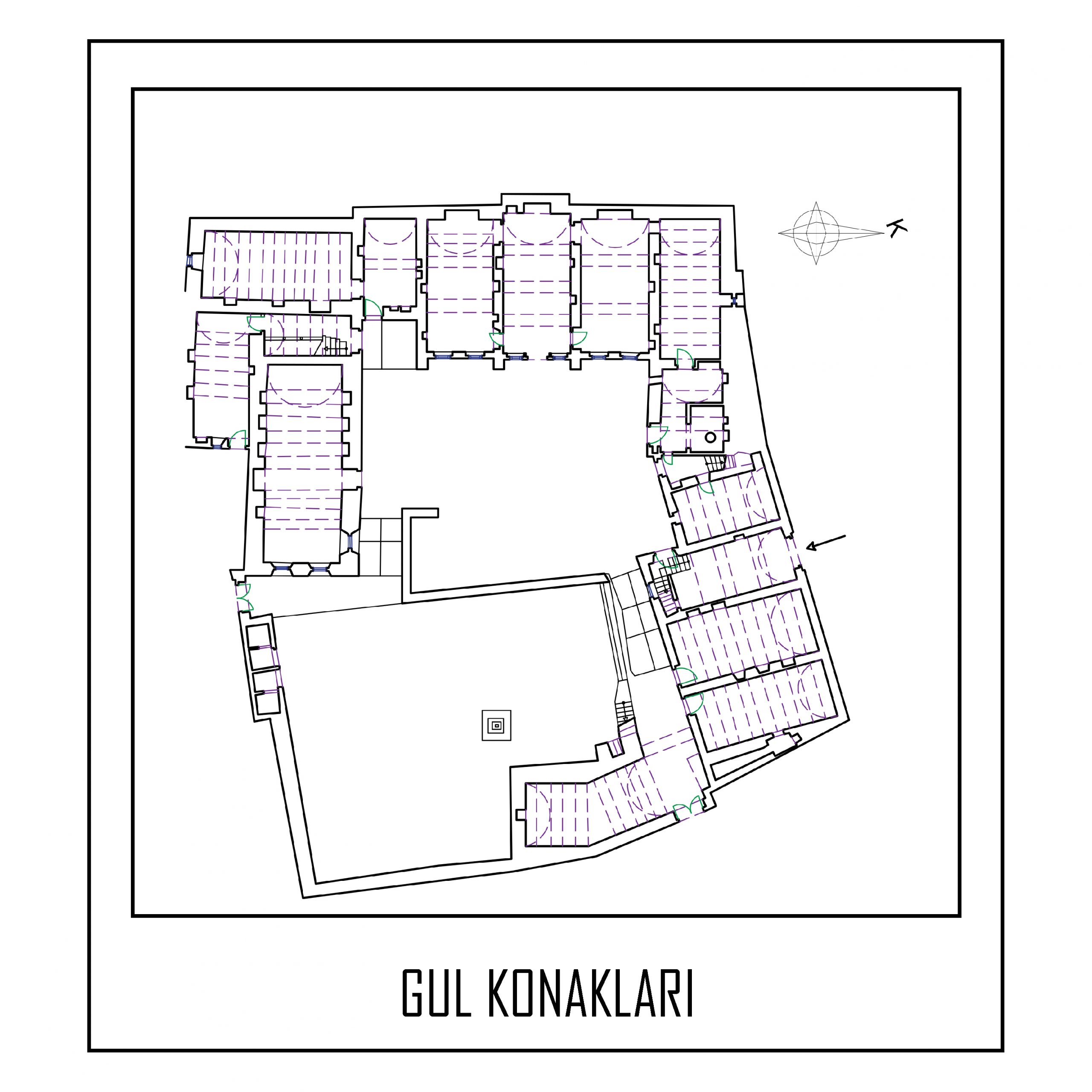 According to the 1861 inscription above the entrance door of the inner building, the mansion was built before this date. The owner of the mansion was Pingopulos Bandilli. The mansion, used as a house before, has been functioning as a hotel and guesthouse for many years, and today it is known as “Gül Konakları” (Rose Mansions in English). It has two floors and a polygonal plan.

It has a total of three entrance doors on the west, south, and east facades. The main entrance door of the mansion, which consists of two separate buildings, is located on the south facade. Through this door, a large open courtyard is entered. The landscaping of the courtyard, which consists of two adjacent sections, the upper and the lower courtyard, draws attention. The mansion, which was built with the masonry technique, has many rooms with barrel vaults. Stone was used on the walls of the building, made with the masonry technique, and wood was used in the door, ceiling, and window elements in the original. The only known information about the past of the building is that there was a woman named “Silli Fadime”, a member of the Turkish family who lived here later, who was interested in growing roses in the garden.