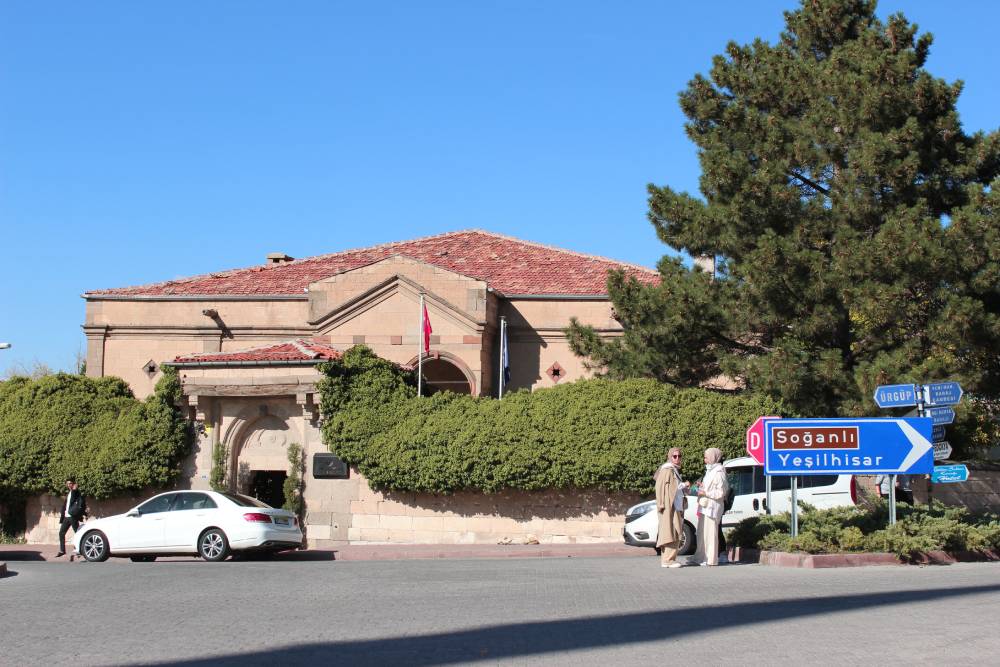 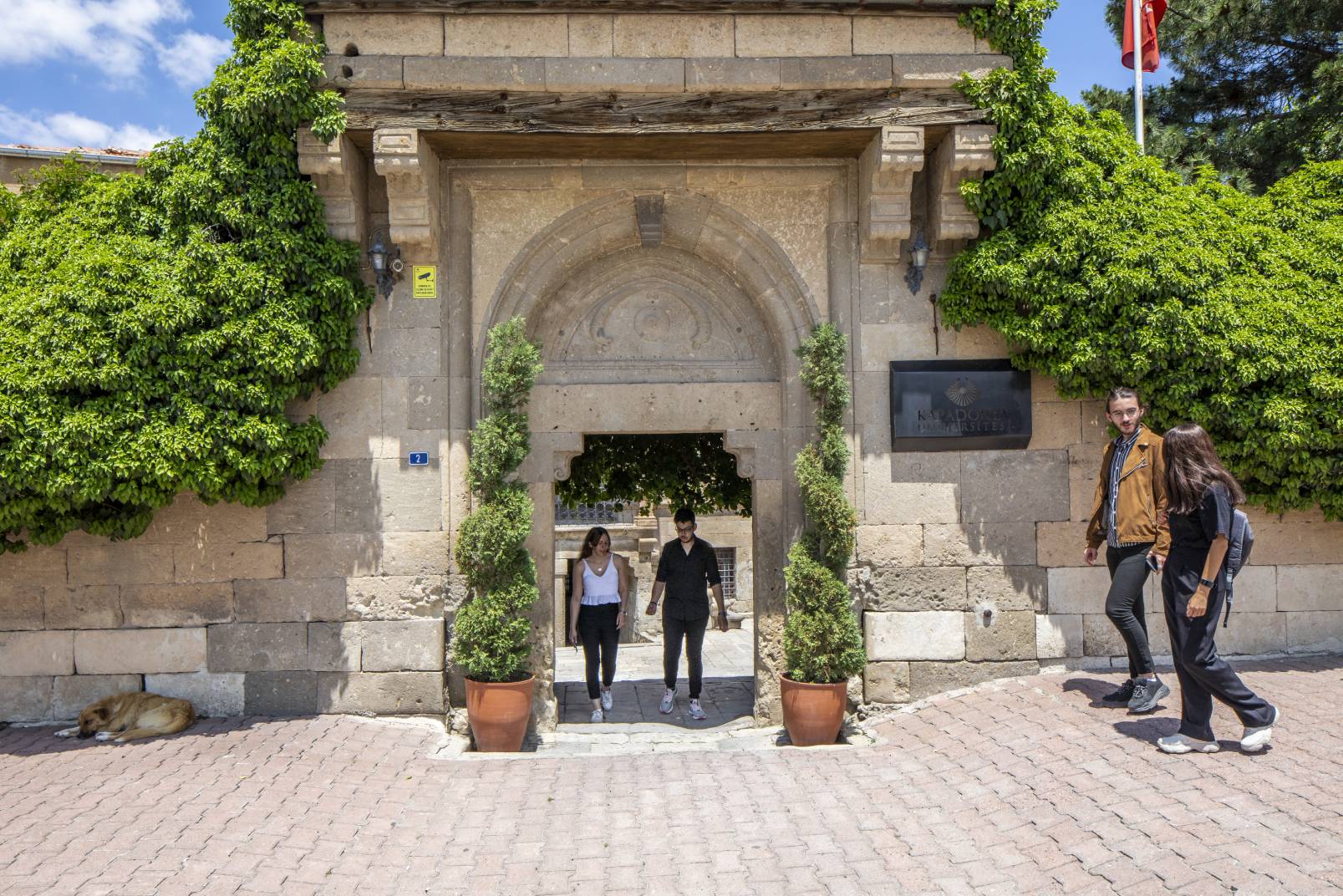 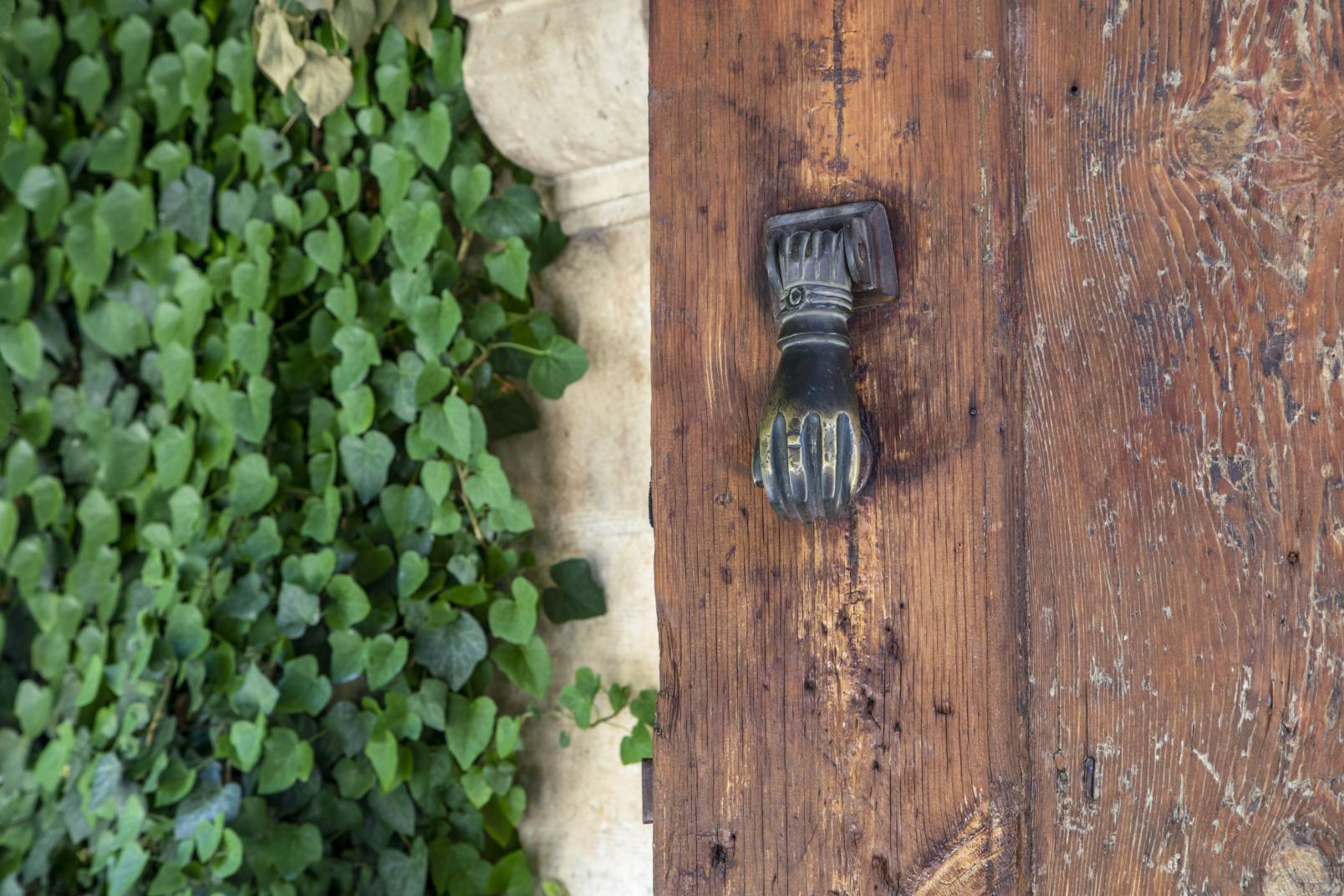 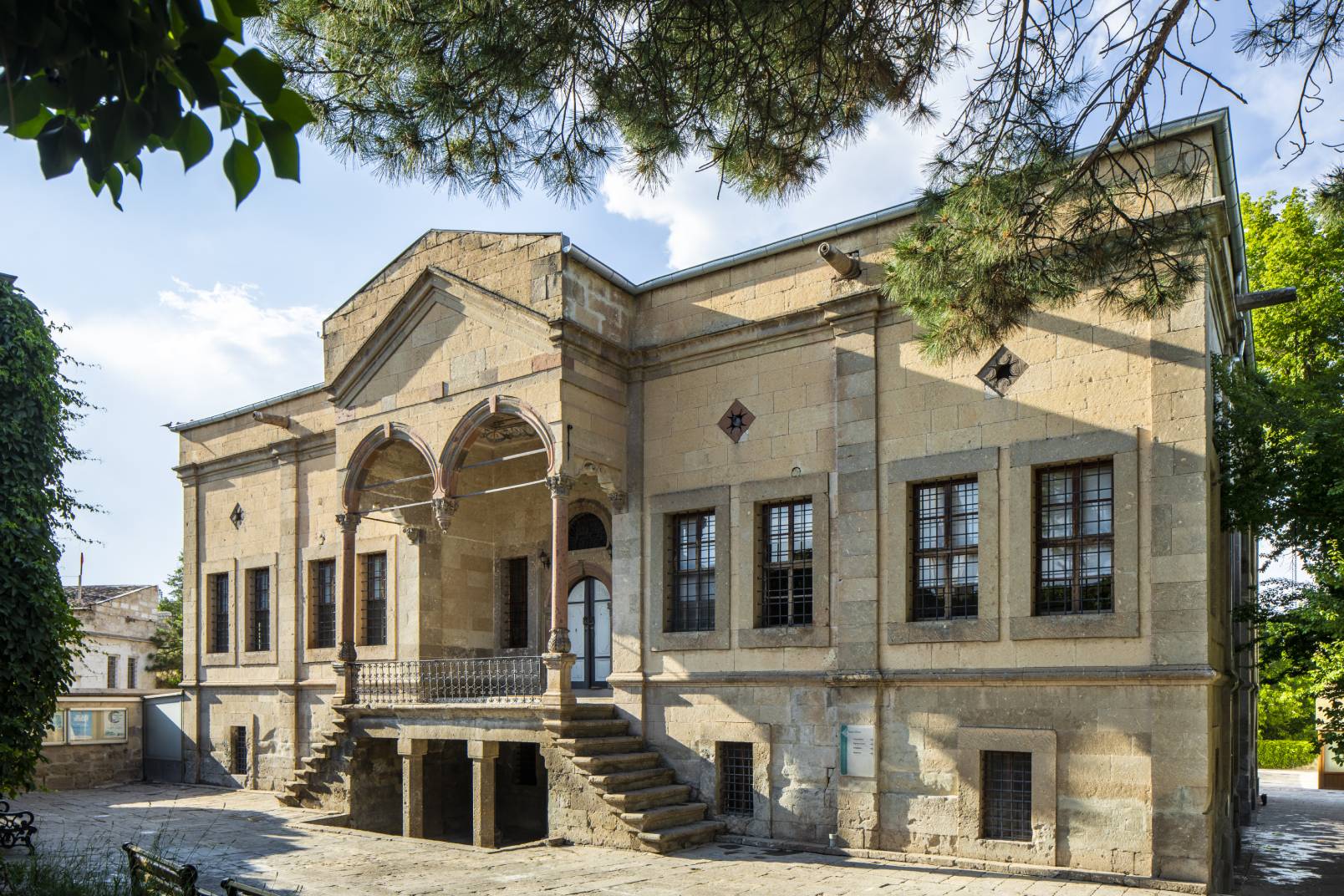 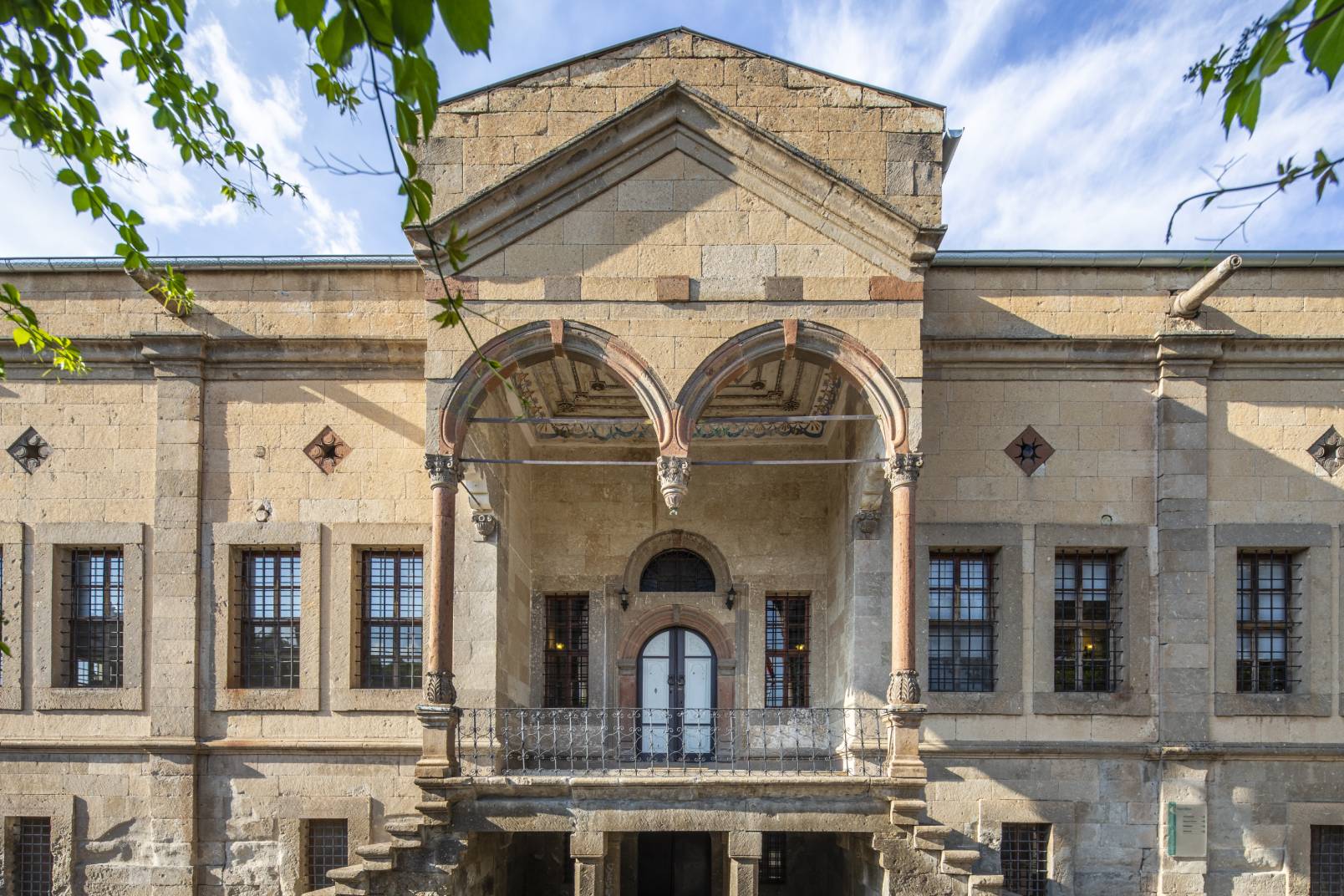 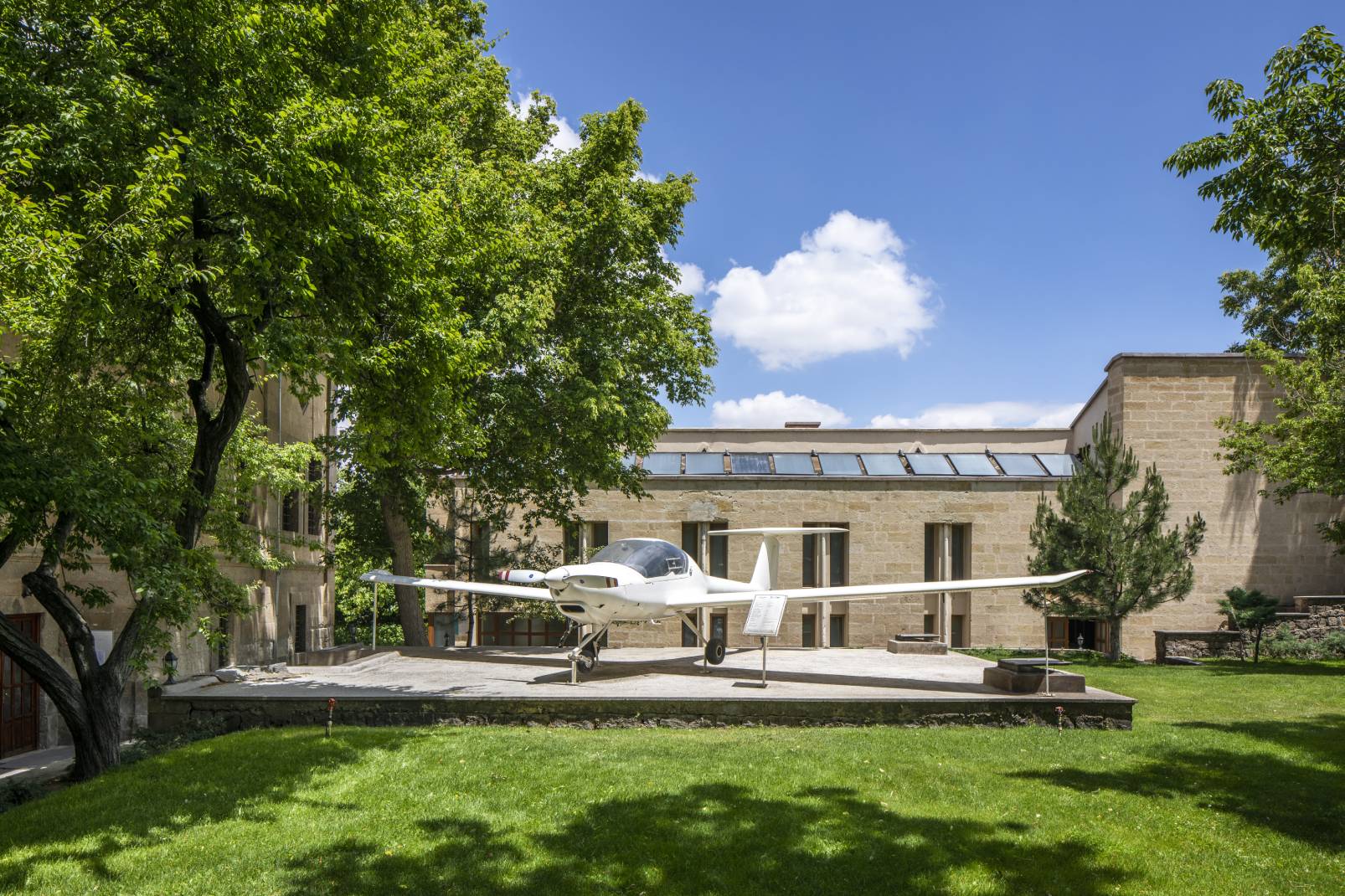 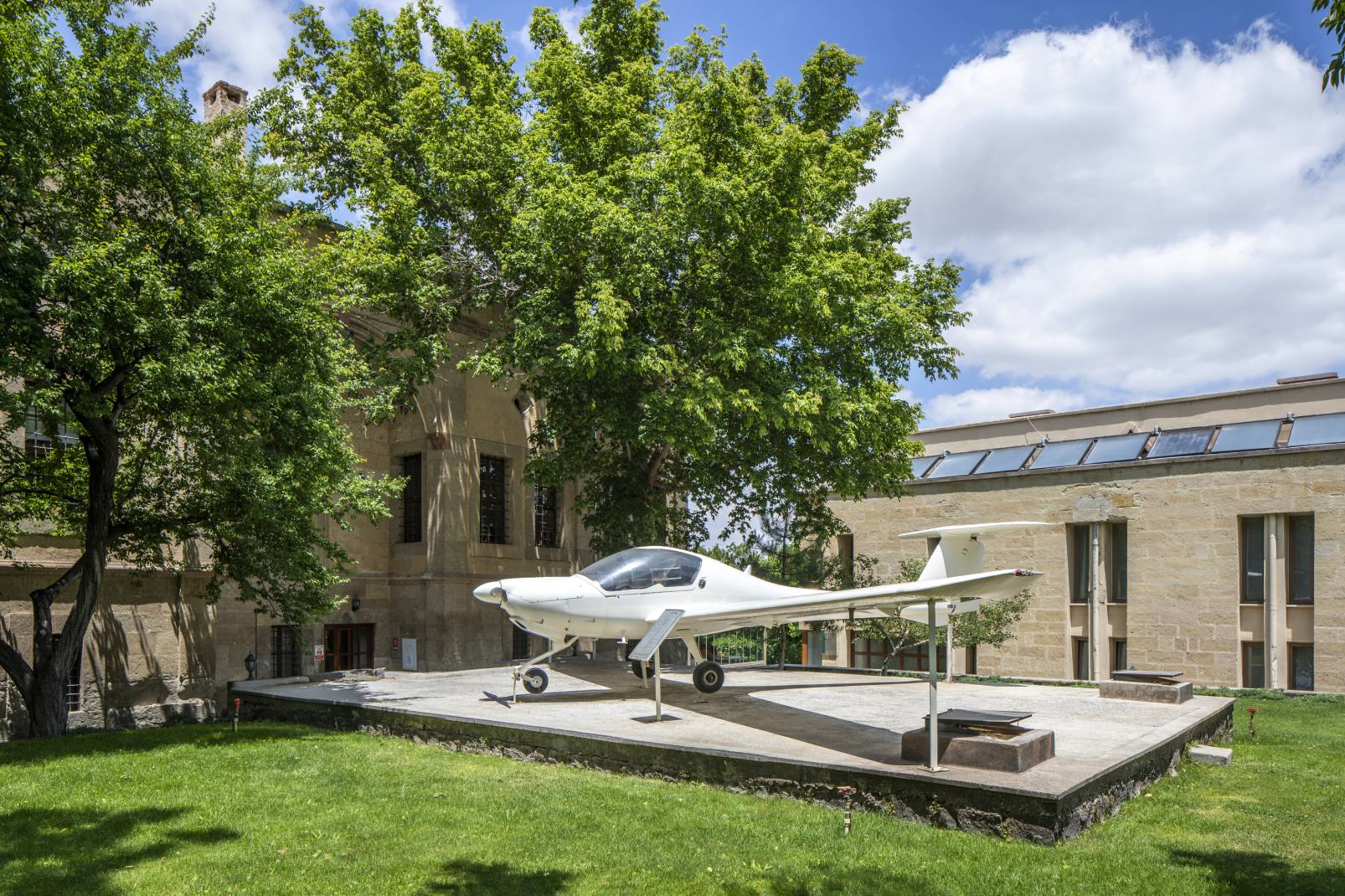 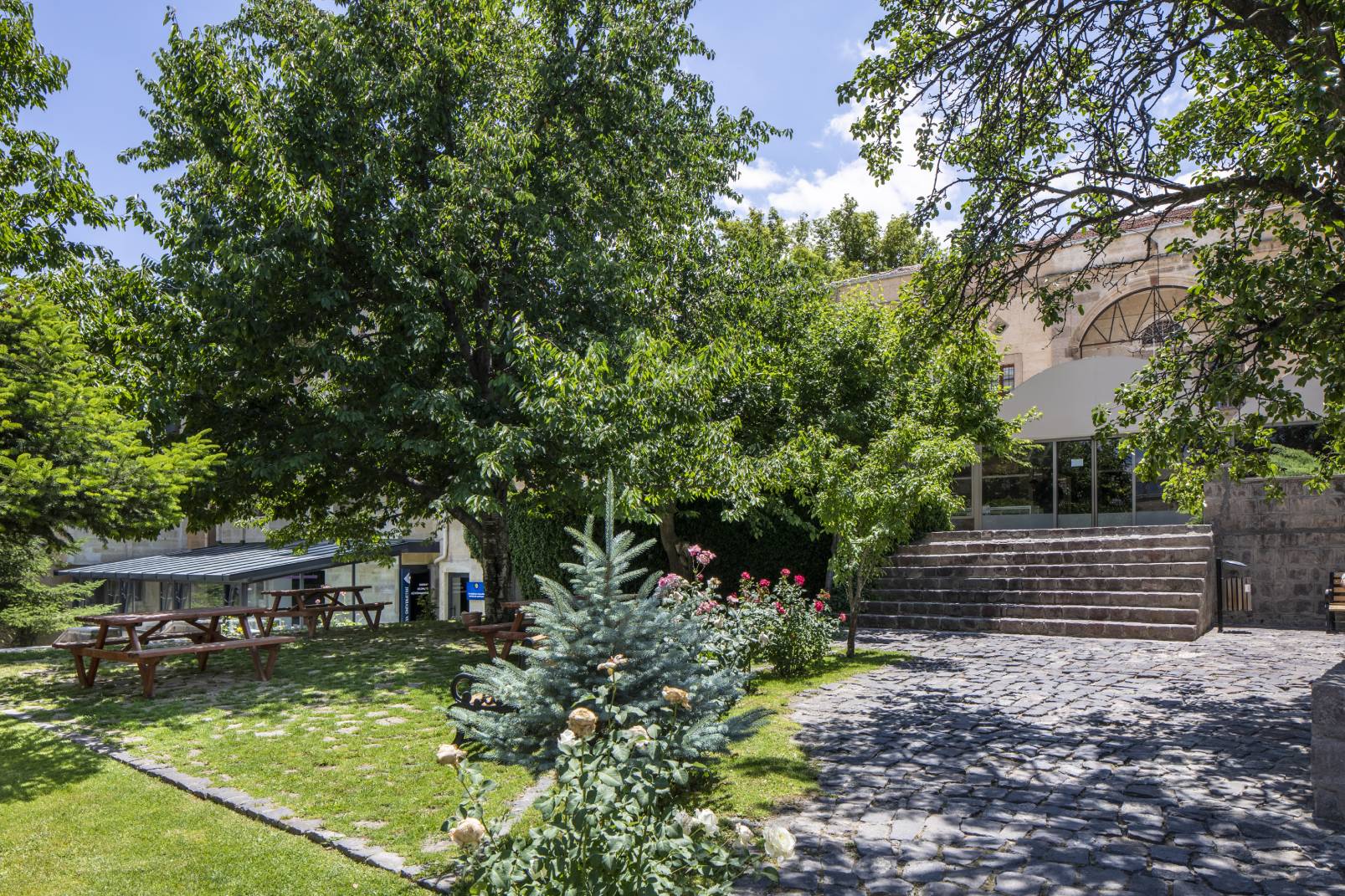 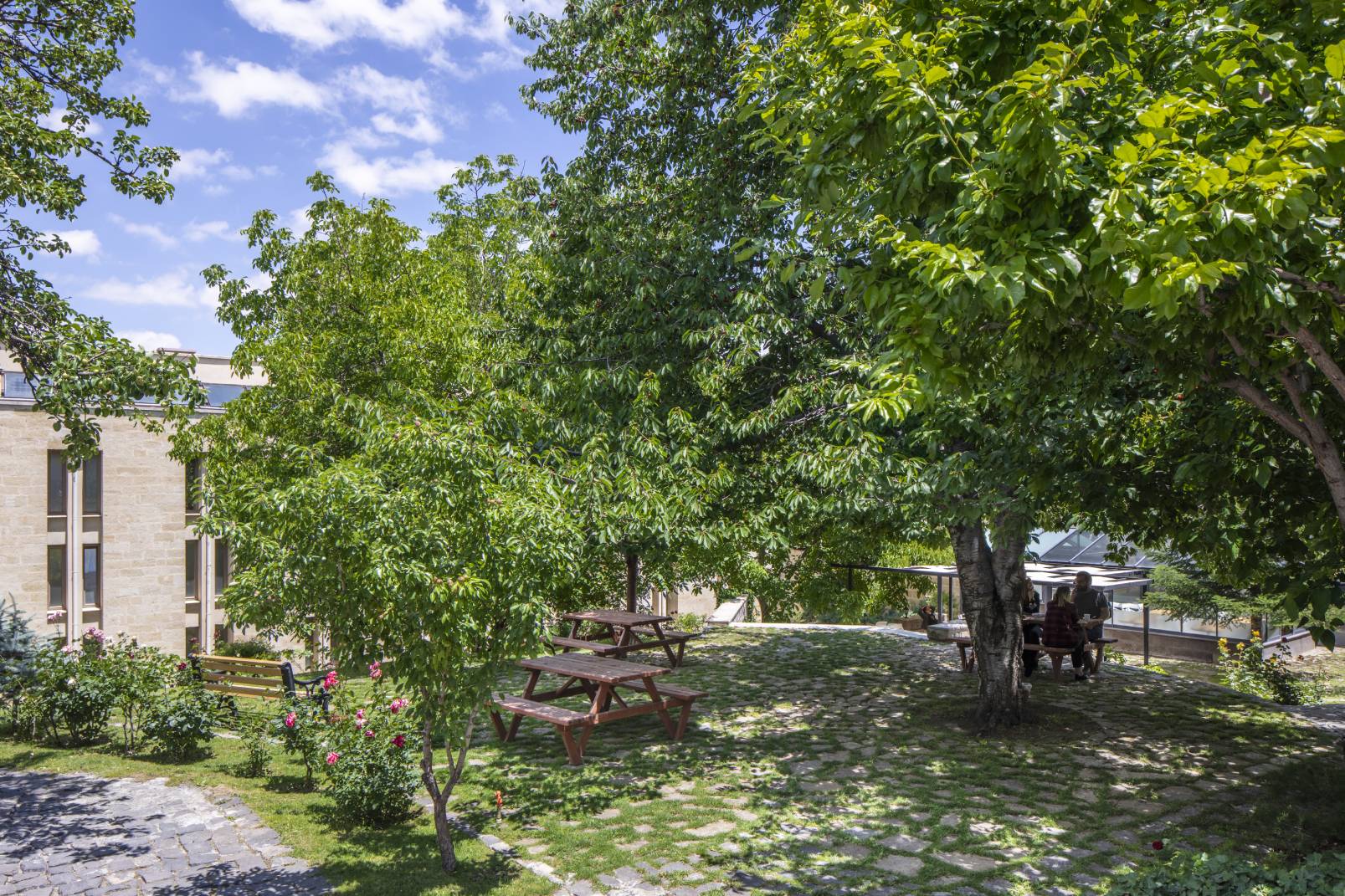 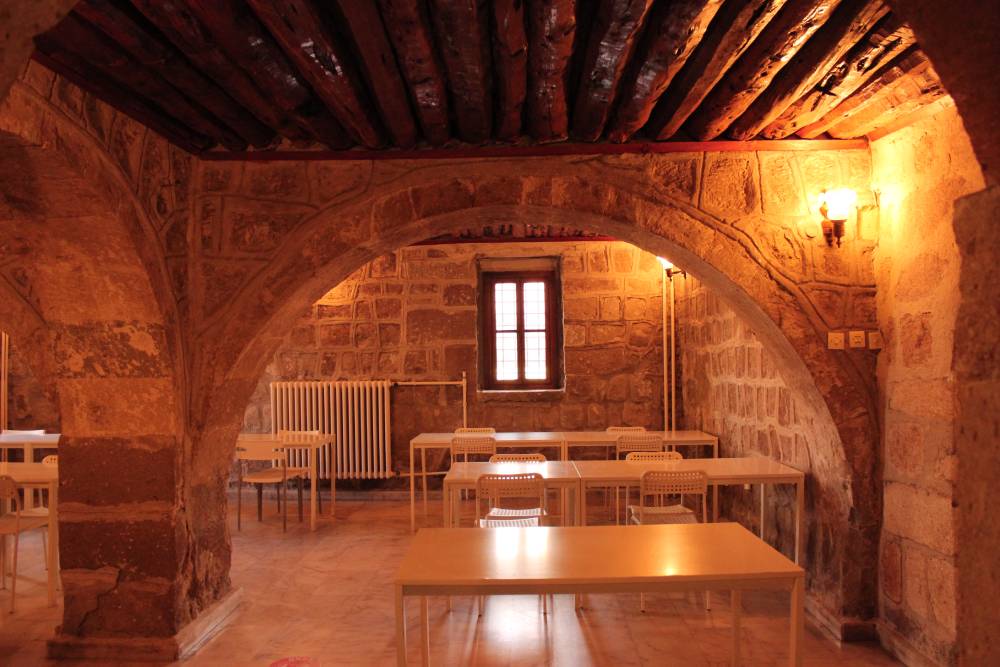 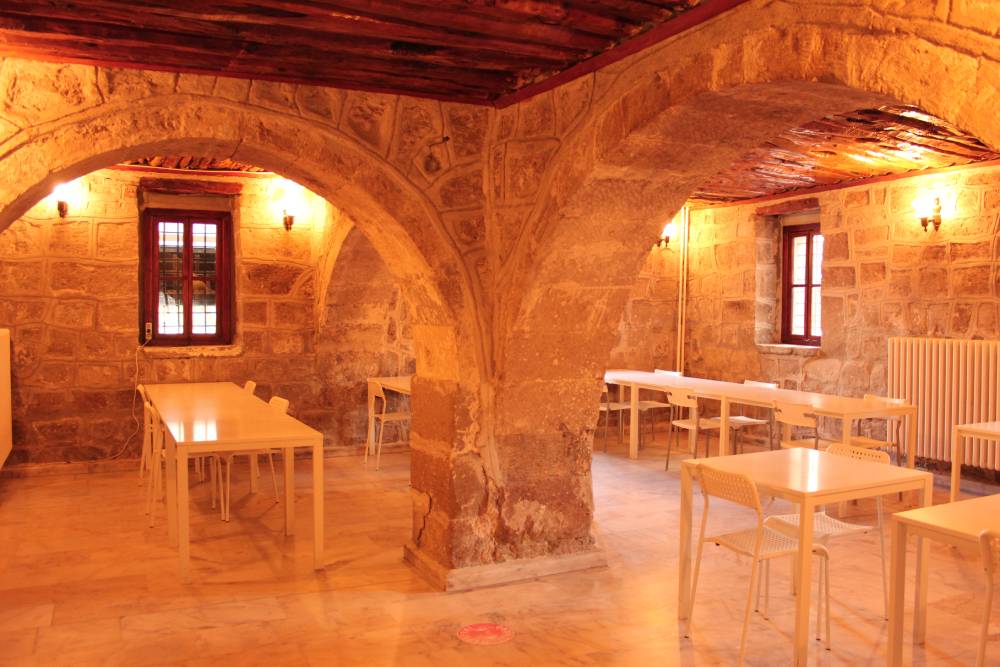 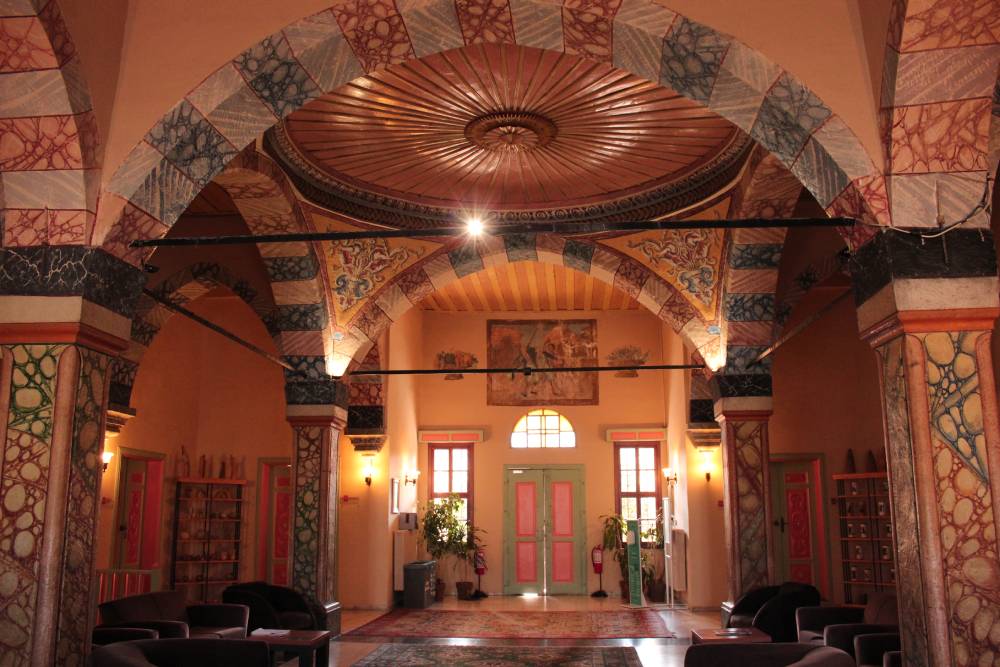 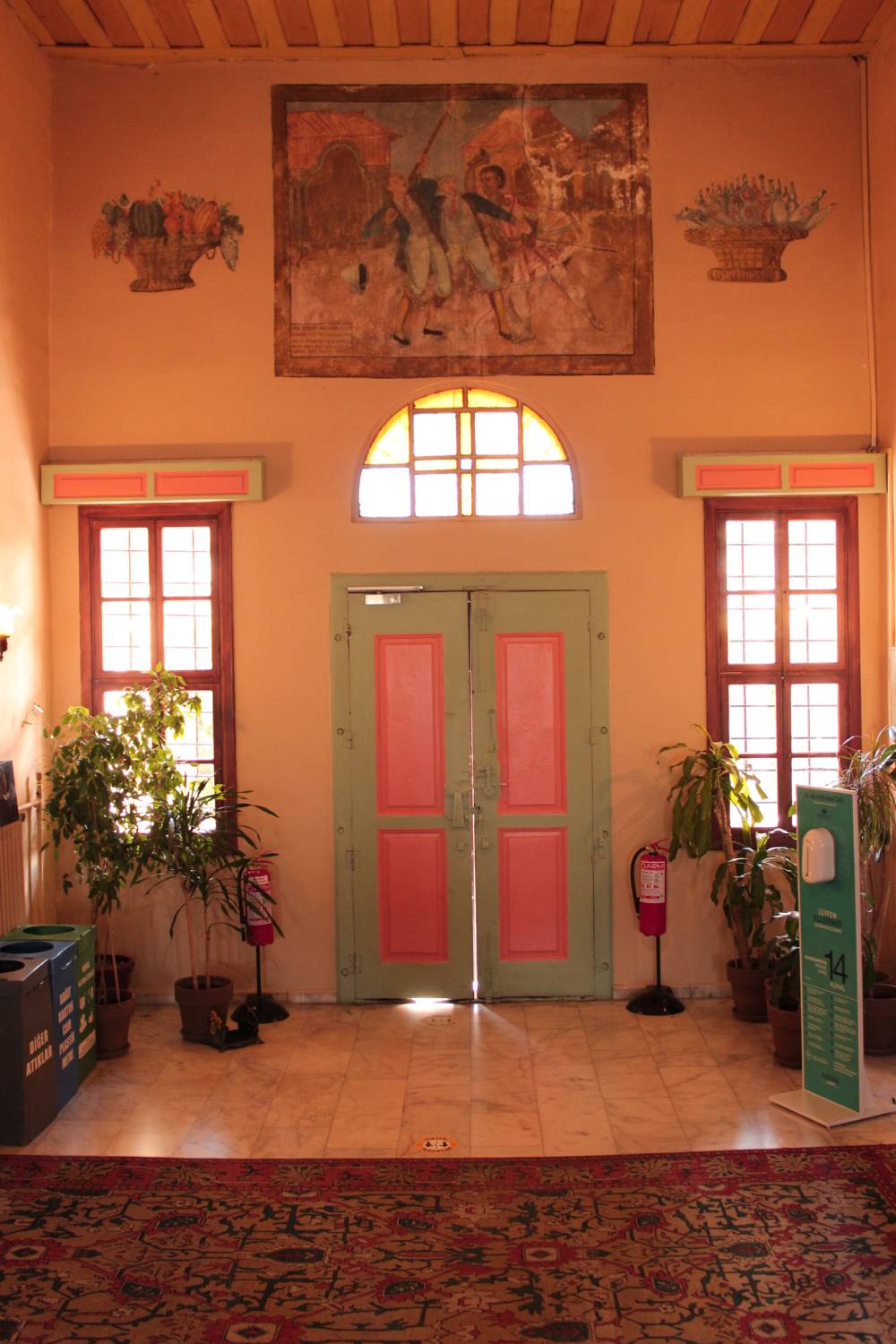 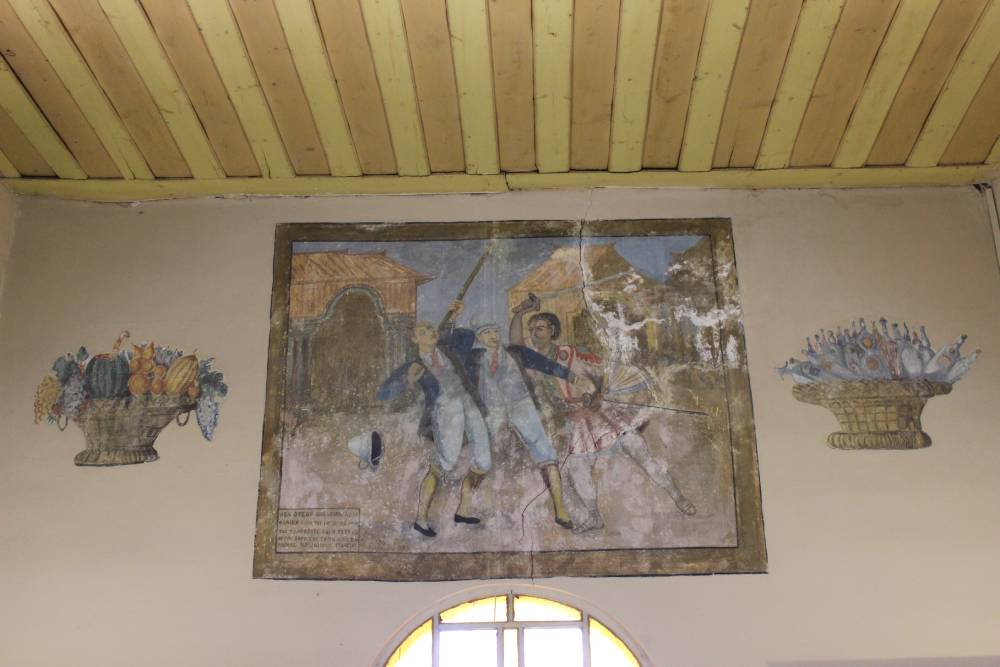 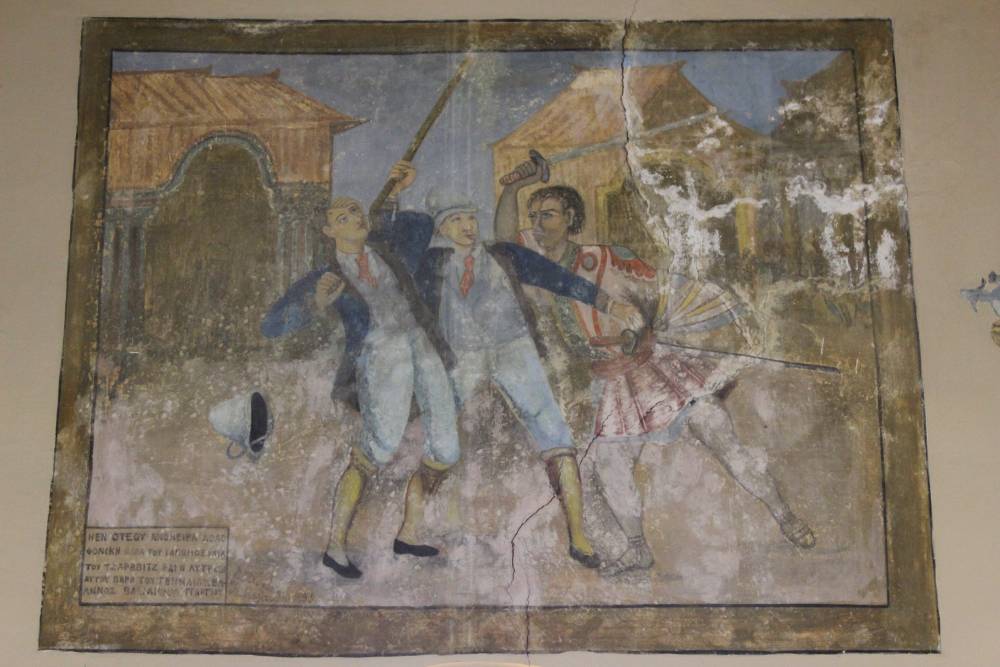 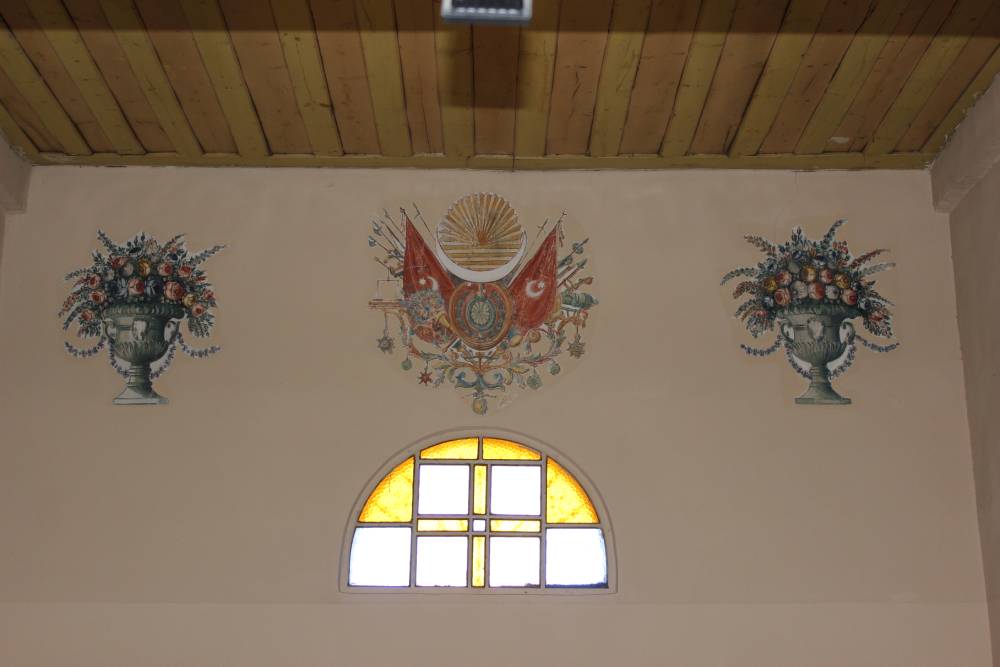 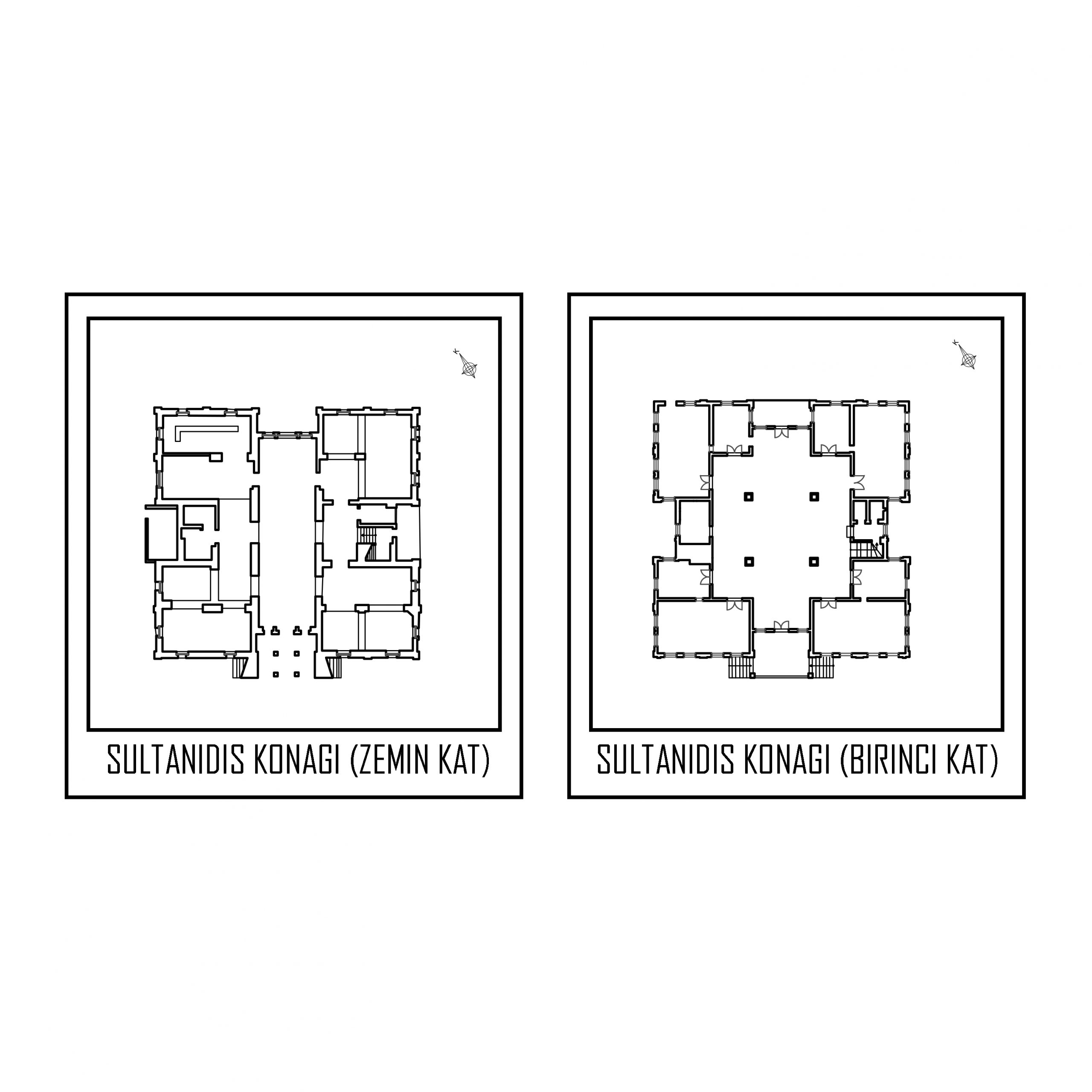 The mansion, built in 1892 according to the inscription on the entrance door, was built by a wealthy Rum businessman named Haralambos Sultanidis. Originally designed as a house, the building also received entertainment events. It hosted various functions such as guesthouse, primary school, and hotel after the population exchange. It has been the administrative unit of Cappadocia University since 2005. The mansion, one of the most spectacular examples of civil architecture in the Cappadocia region, has a privileged place among the historical mansions in Mustafapaşa. It has a plan-type feature with a courtyard and a middle sofa on all four sides. The two-story building has a rectangular plan.

With the arrangement of two symmetrically placed staircases designed adjacent to the building, one passes to the monumental columned and suspended arched porch section of the mansion in bit-hilani (columned portico) style. The architectural design of the place added a monumental look and mobility to the facade, while the painting decoration on the ceiling added color to the space.  From here, you can enter the anteroom of the mansion. The middle of this area is covered with a dome. The eight rooms of the mansion open this anteroom of the building.  The dining hall on the ground floor is accessed via the stairs to the east of this place. Stone was used on the walls of the building, which was made with the masonry technique, and wooden material was used in the door, ceiling, and window elements in the original.

In addition to a wall painting with a scene inside the mansion, elements such as flowers, emblems and marble imitations, wooden ceiling decorations, cupboards have mobilized the space. Above the entrance door wall to the anteroom is the mural, “Assassination of the Russian Prince”. It was depicted by Kostis Meletiadis, an important painter of the village. In the lower-left corner of the picture, there is a Greek inscription: “In Otsu ….. Japanese attempted murder against the son of the tsar and his rescue by the son of the Greek king”. The scene, which reflects a historical event, was reported in Le Petit Journal Supplement Illustré, published in France, in 1891, accompanied by a pictured scene. Tsuda Sanzo, an officer in the Japanese police force, assassinated the Russian Prince Nikola. The Russian prince escaped death with the intervention of the Greek prince Georgios. The fact that the house owner knew about this event and had it painted in his mansion explains the political and religious conditions of the period. The depiction of the Ottoman emblem on the wall opposite this wall symbolizes Soultanidis’ loyalty to the Ottoman empire.