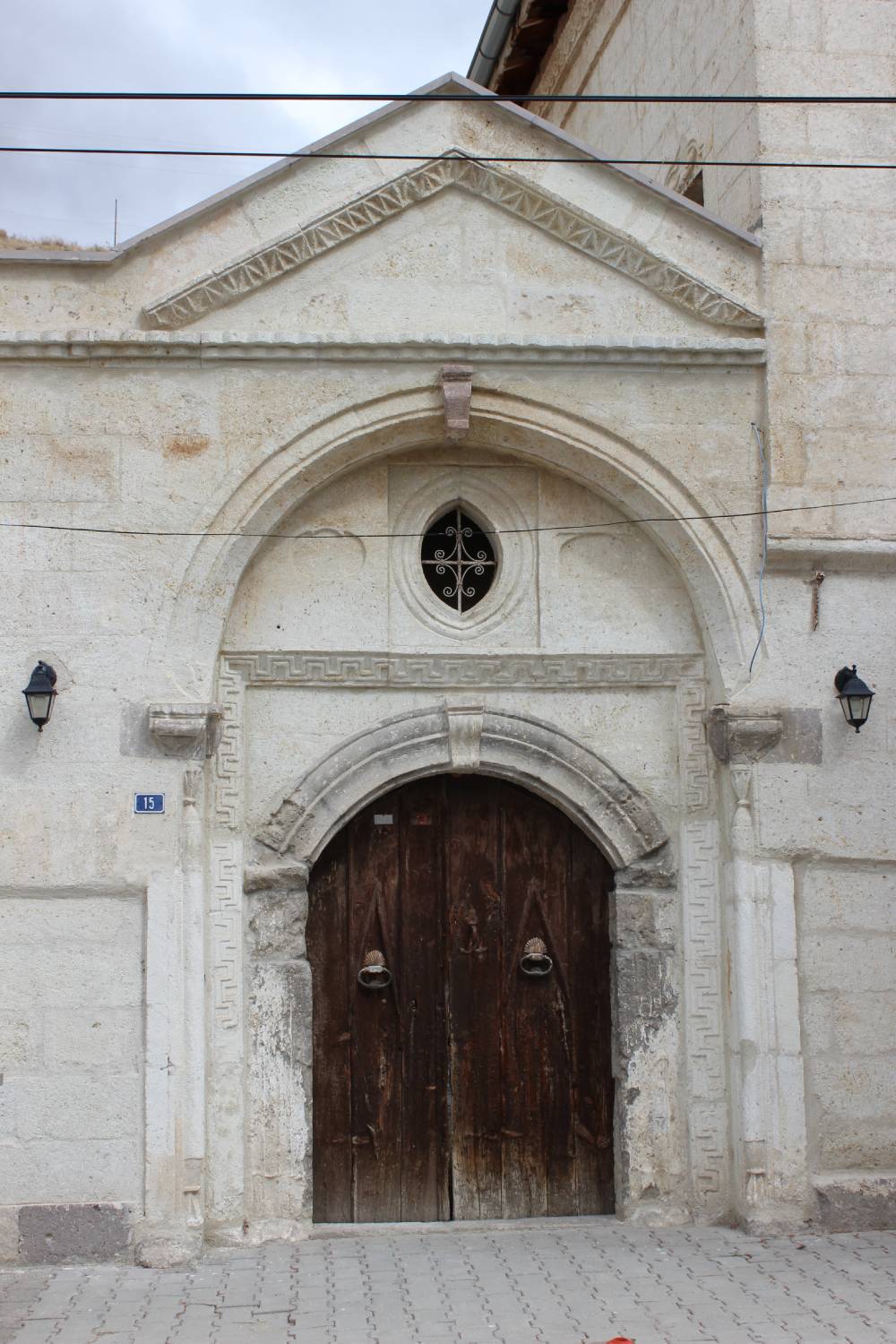 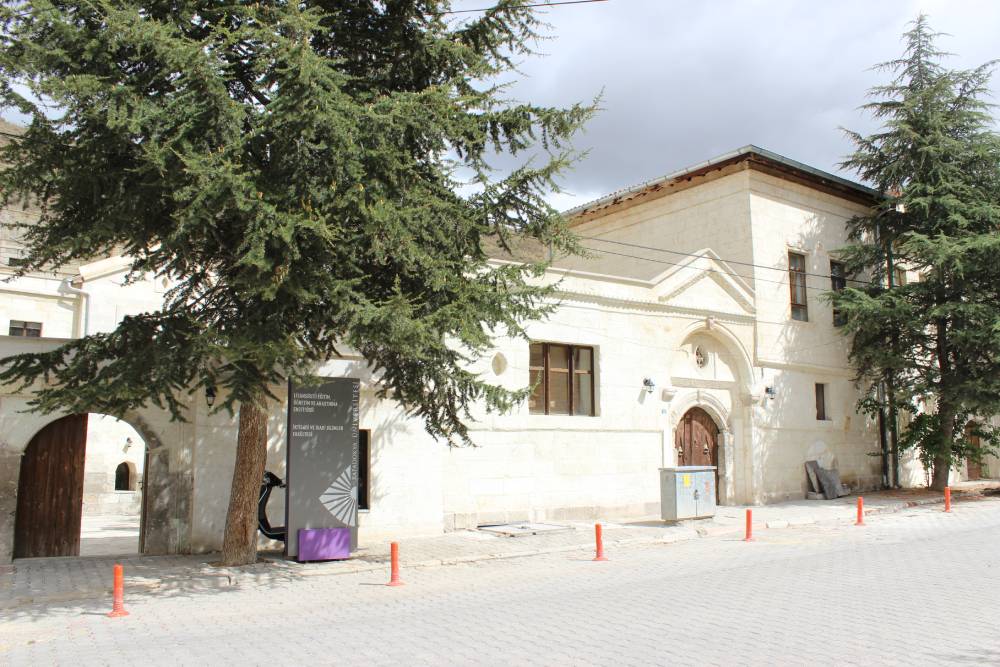 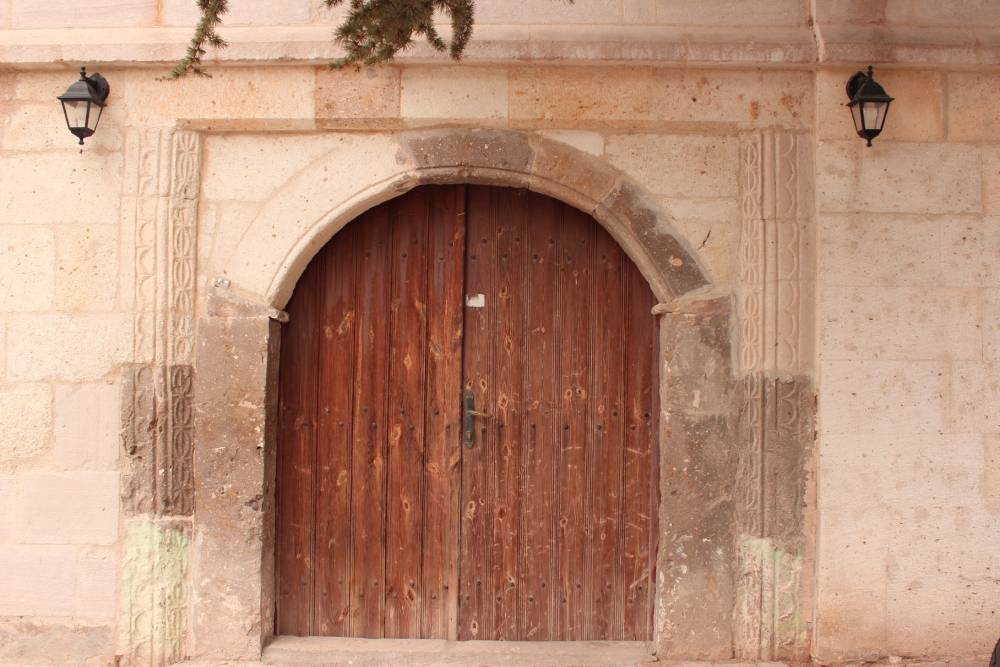 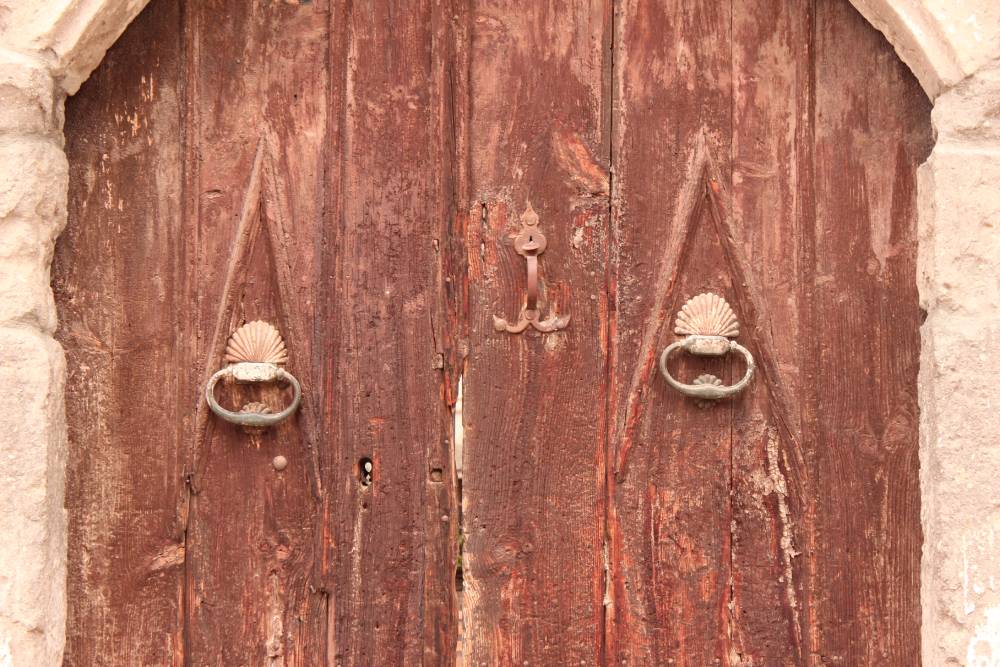 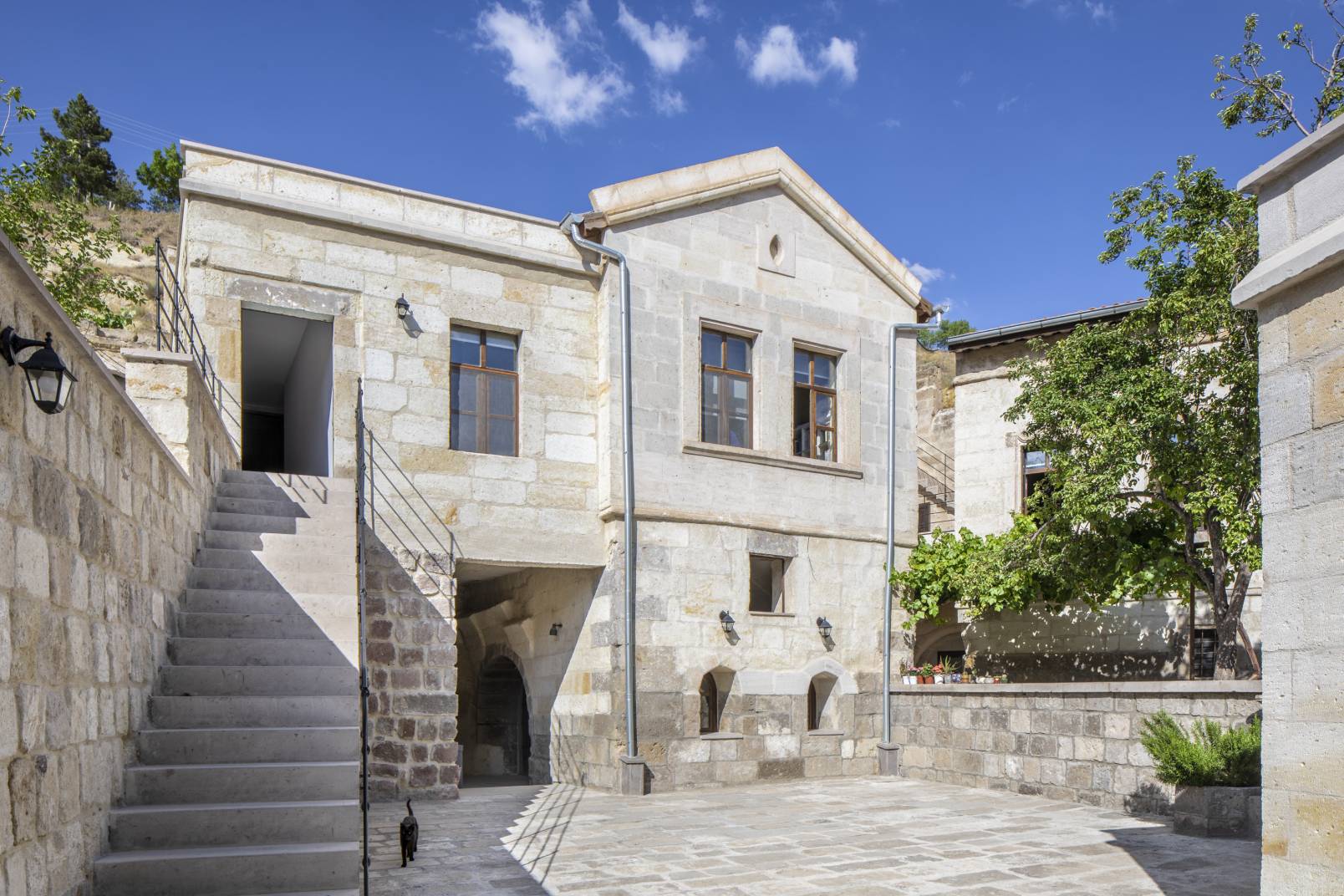 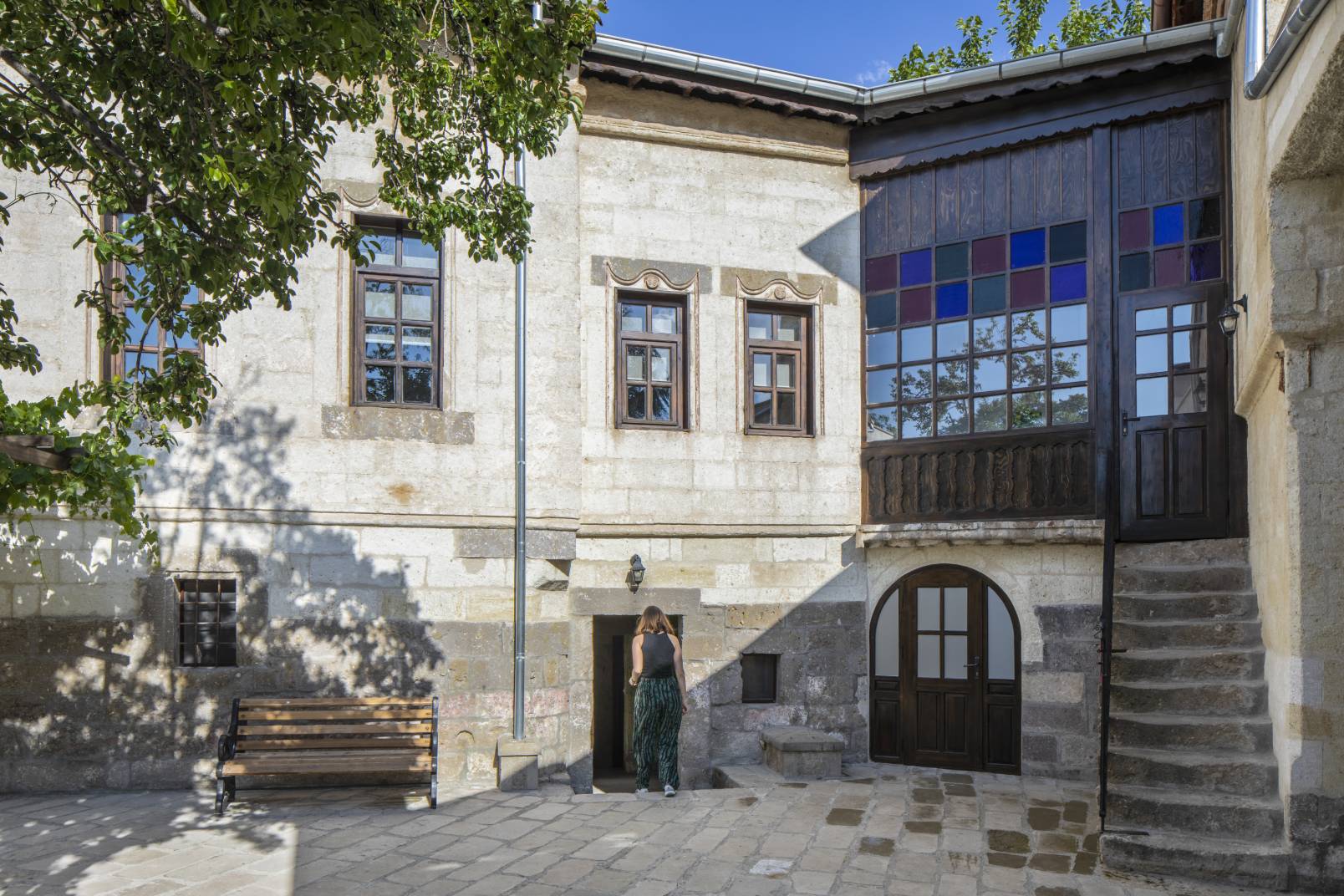 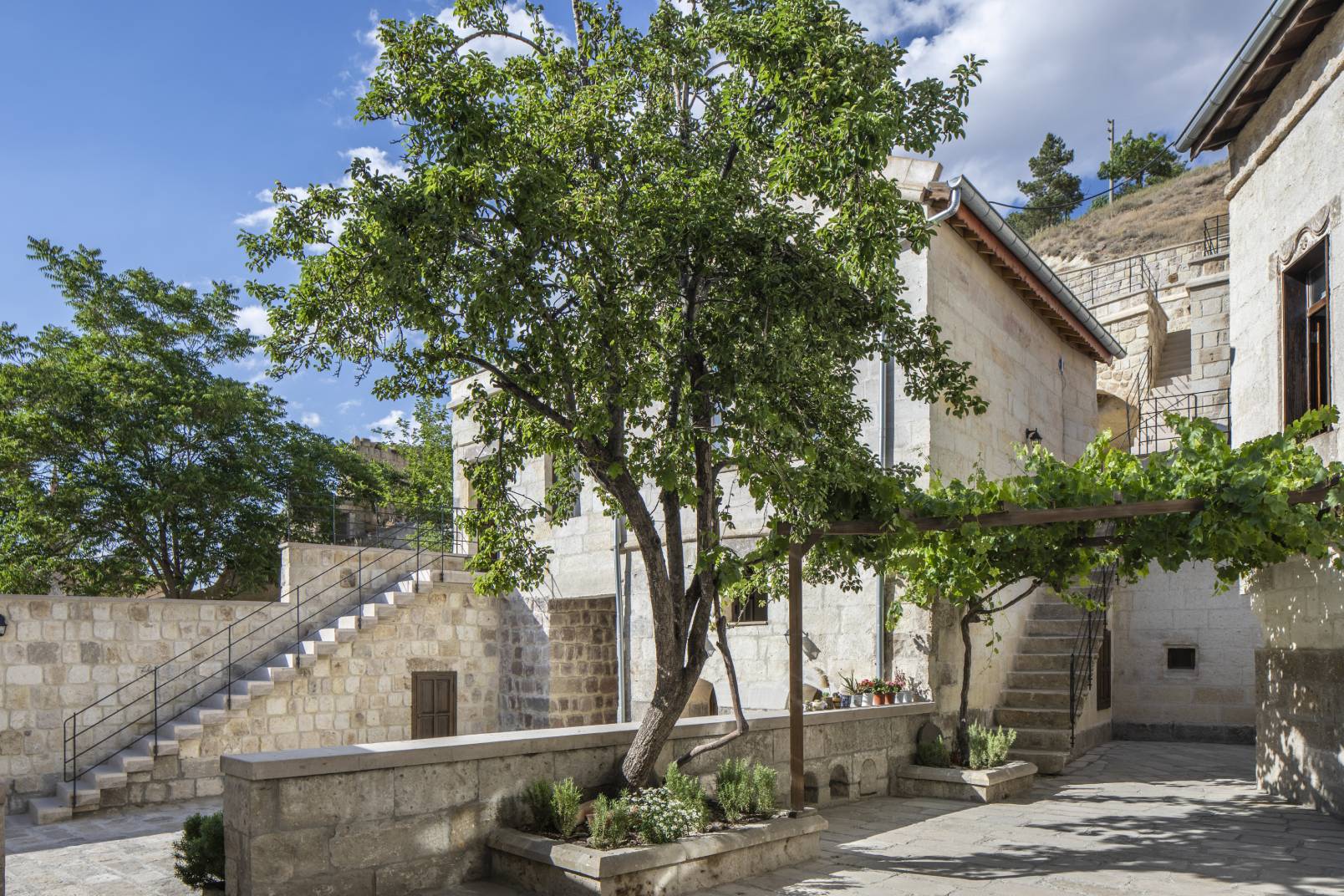 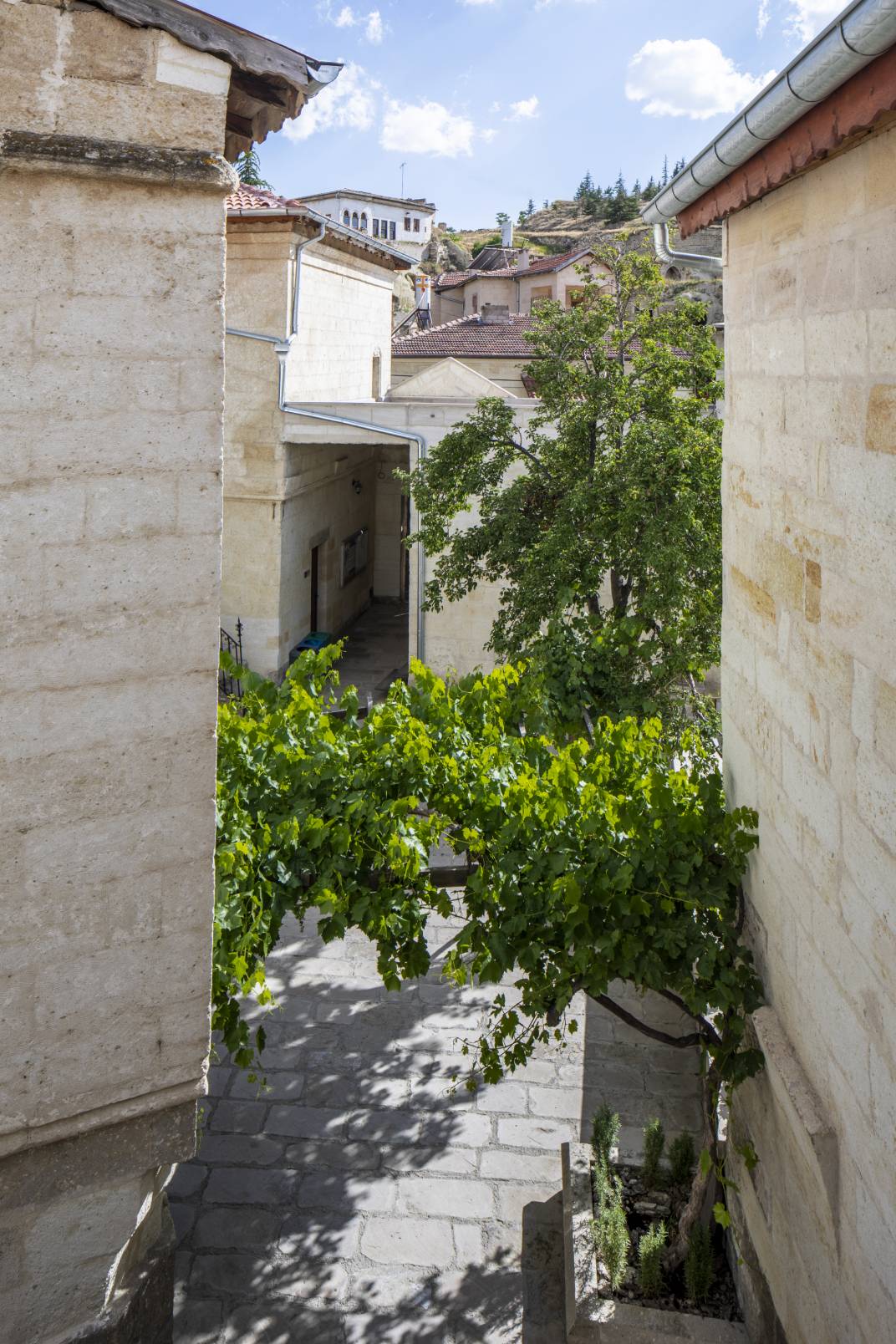 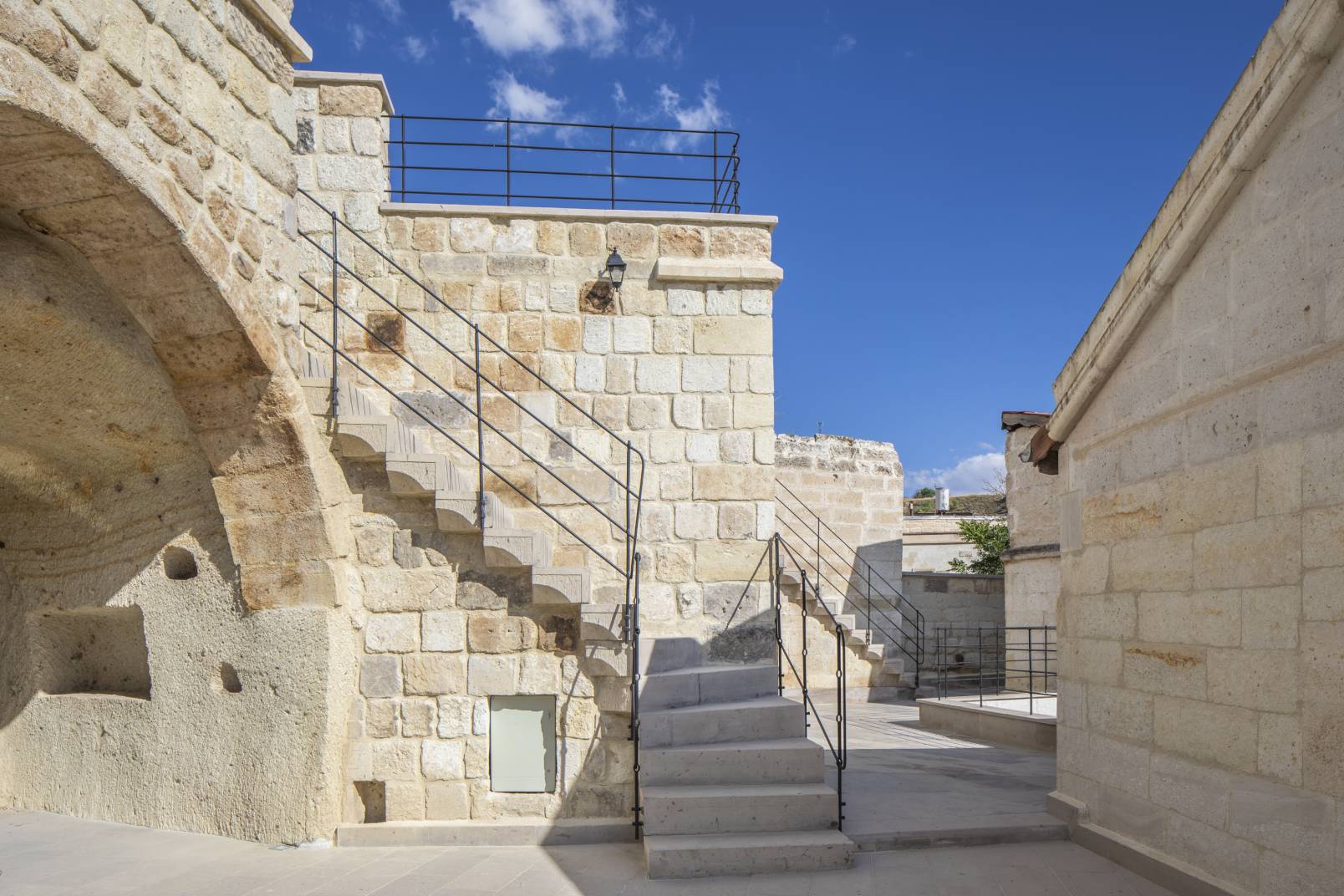 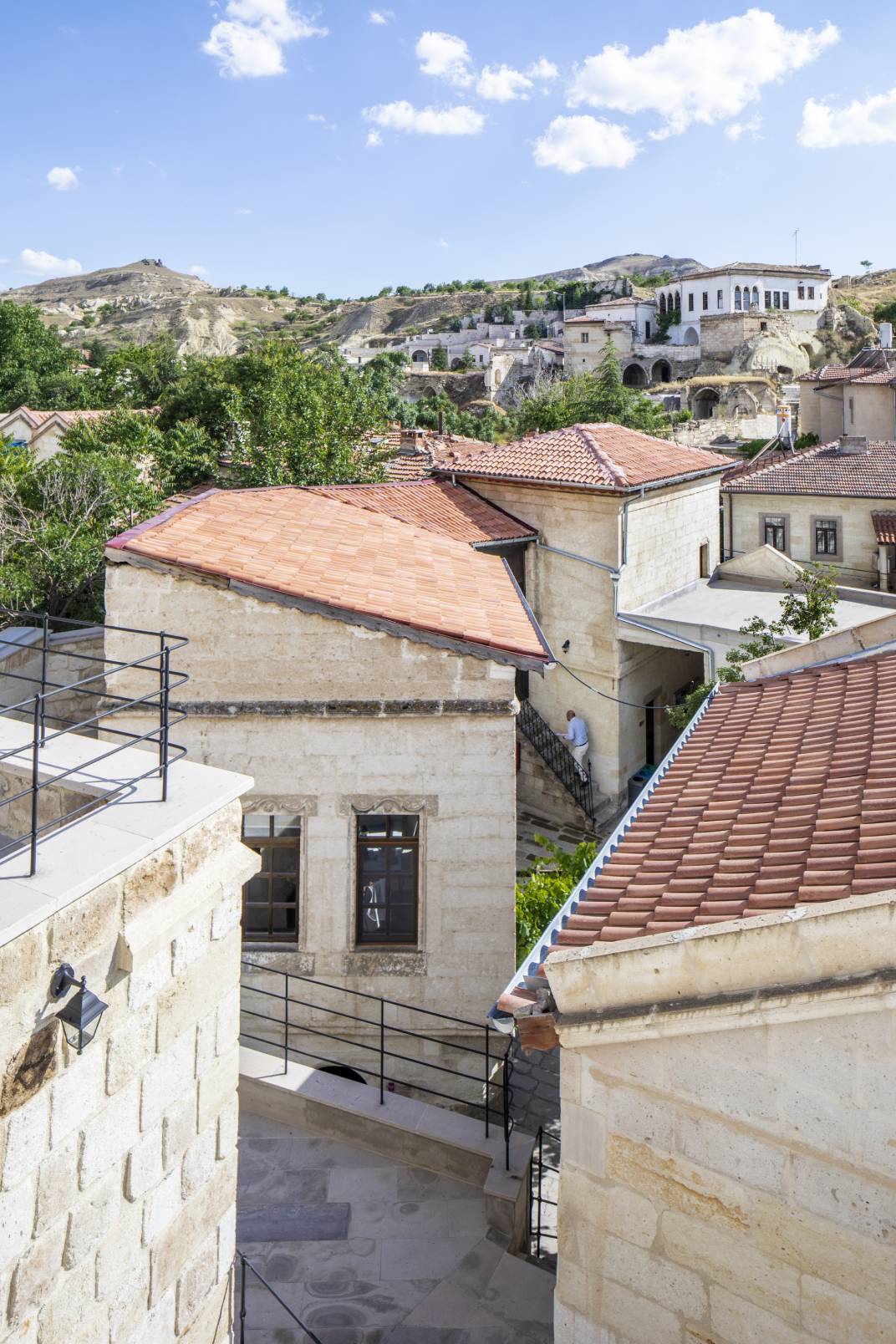 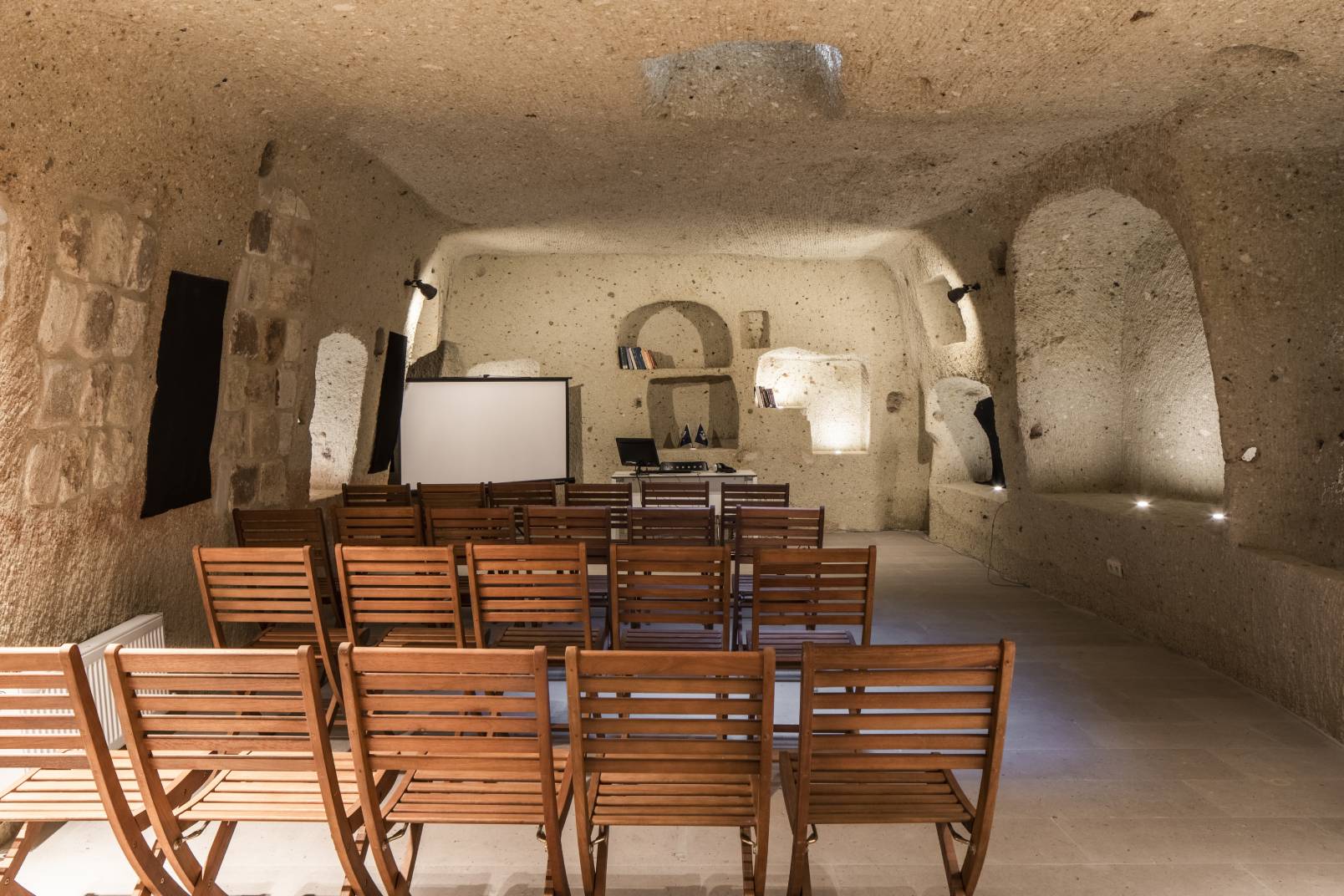 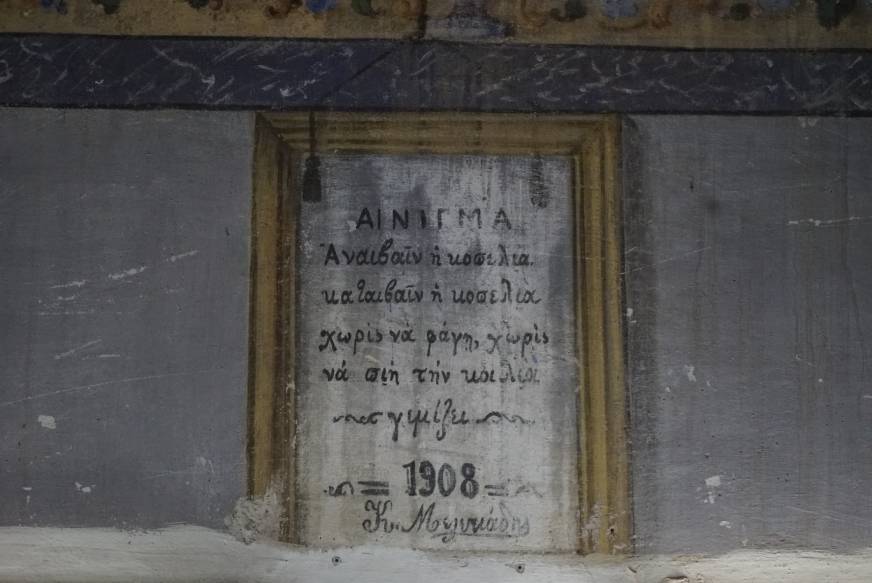 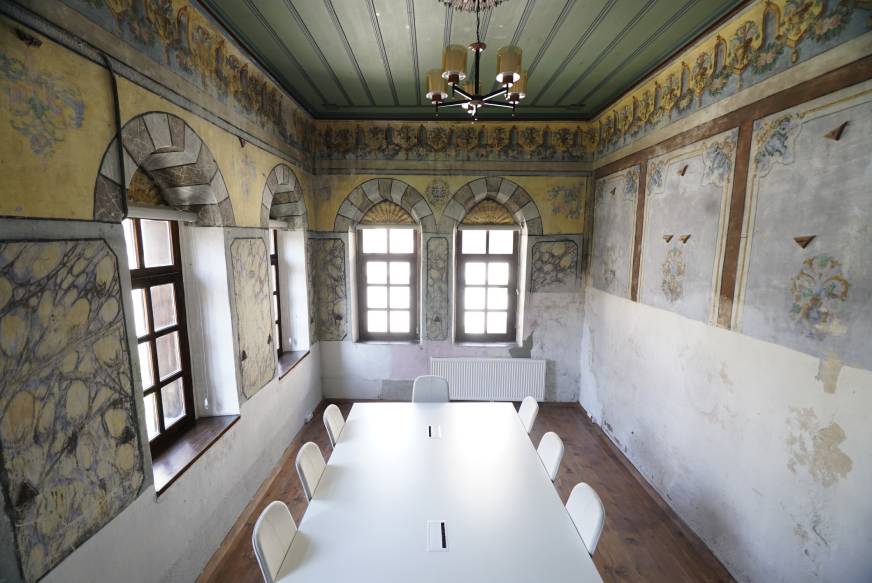 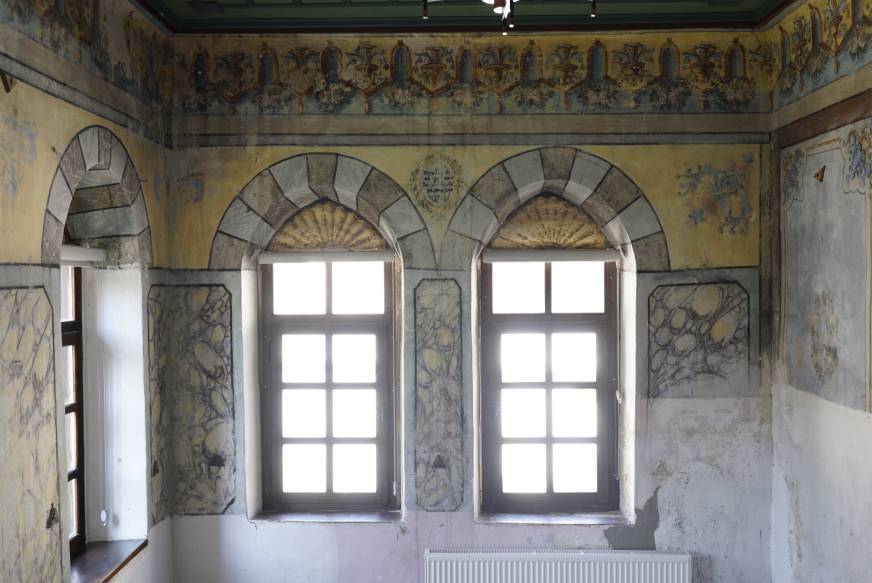 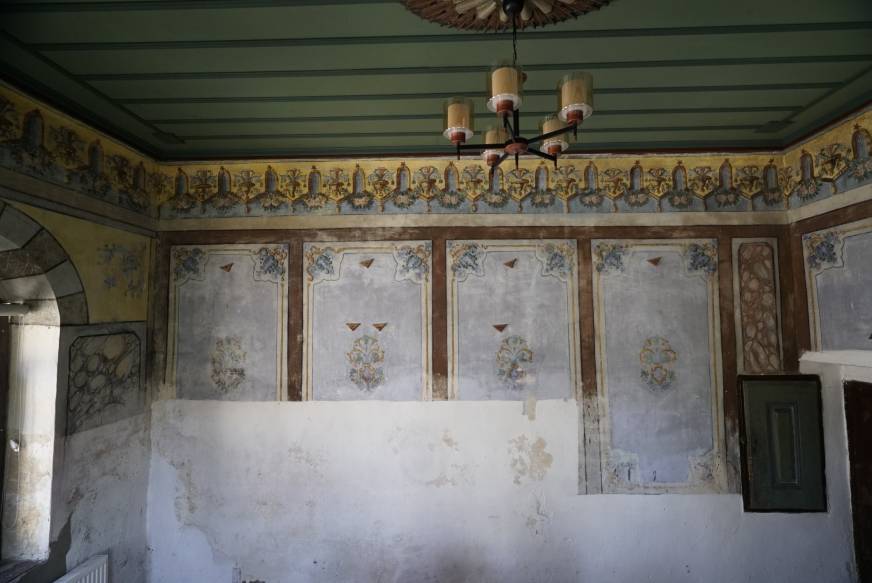 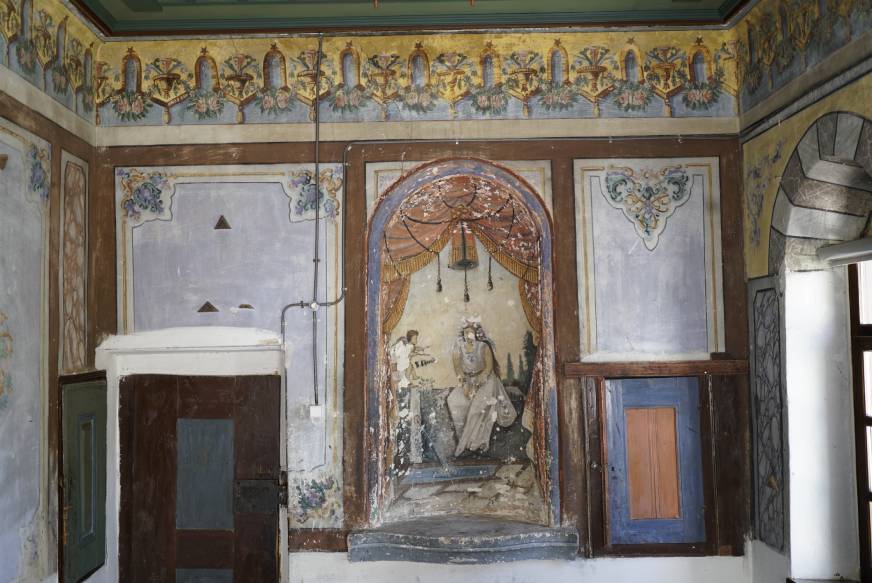 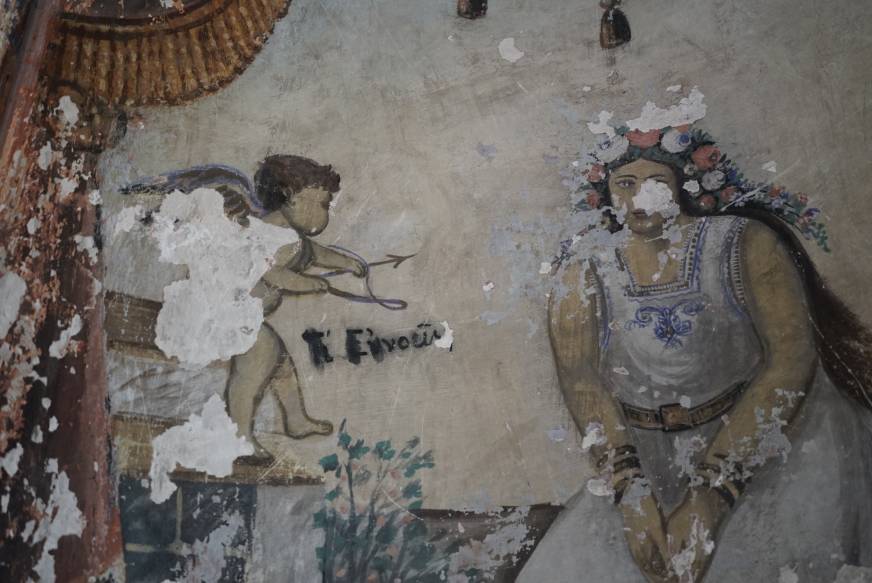 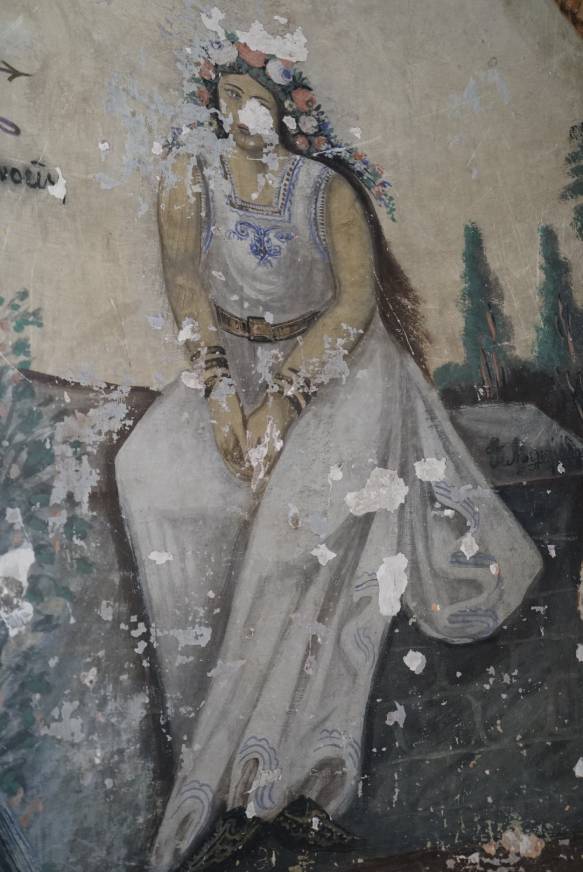 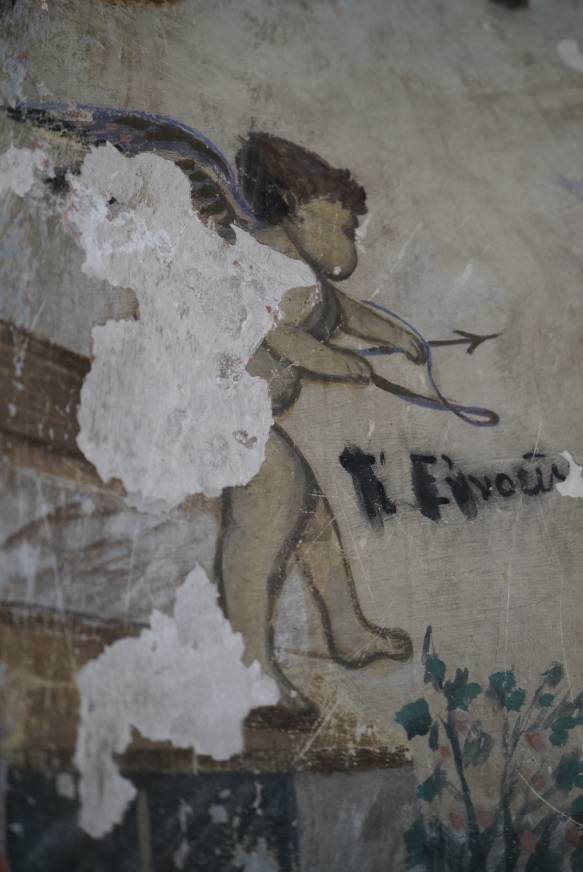 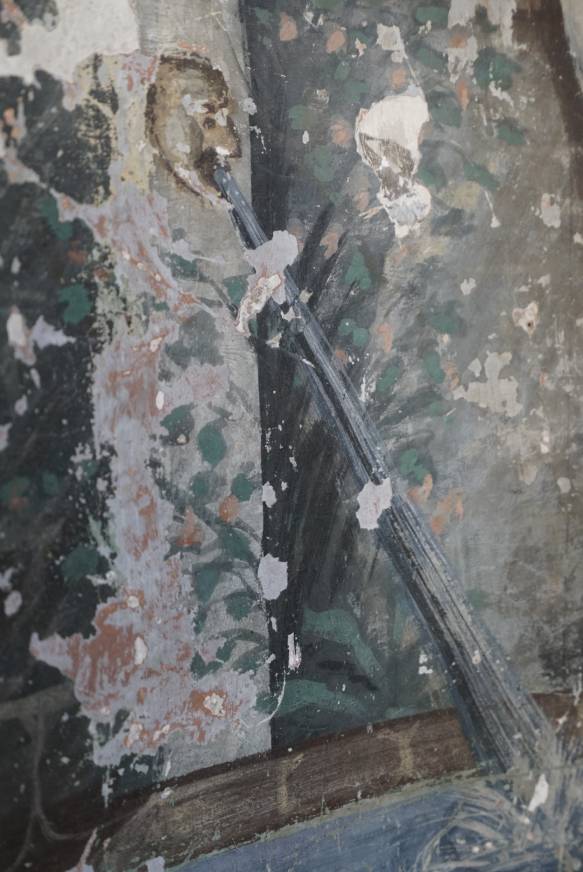 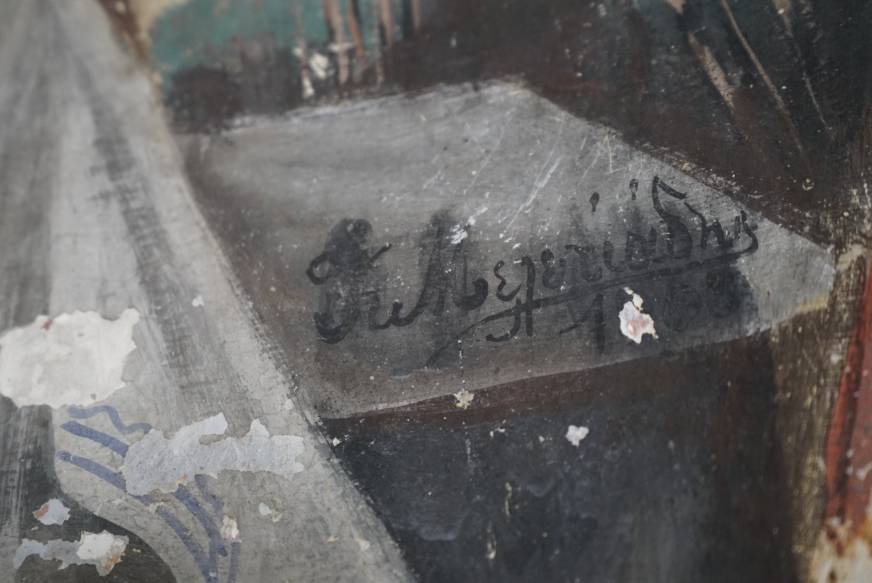 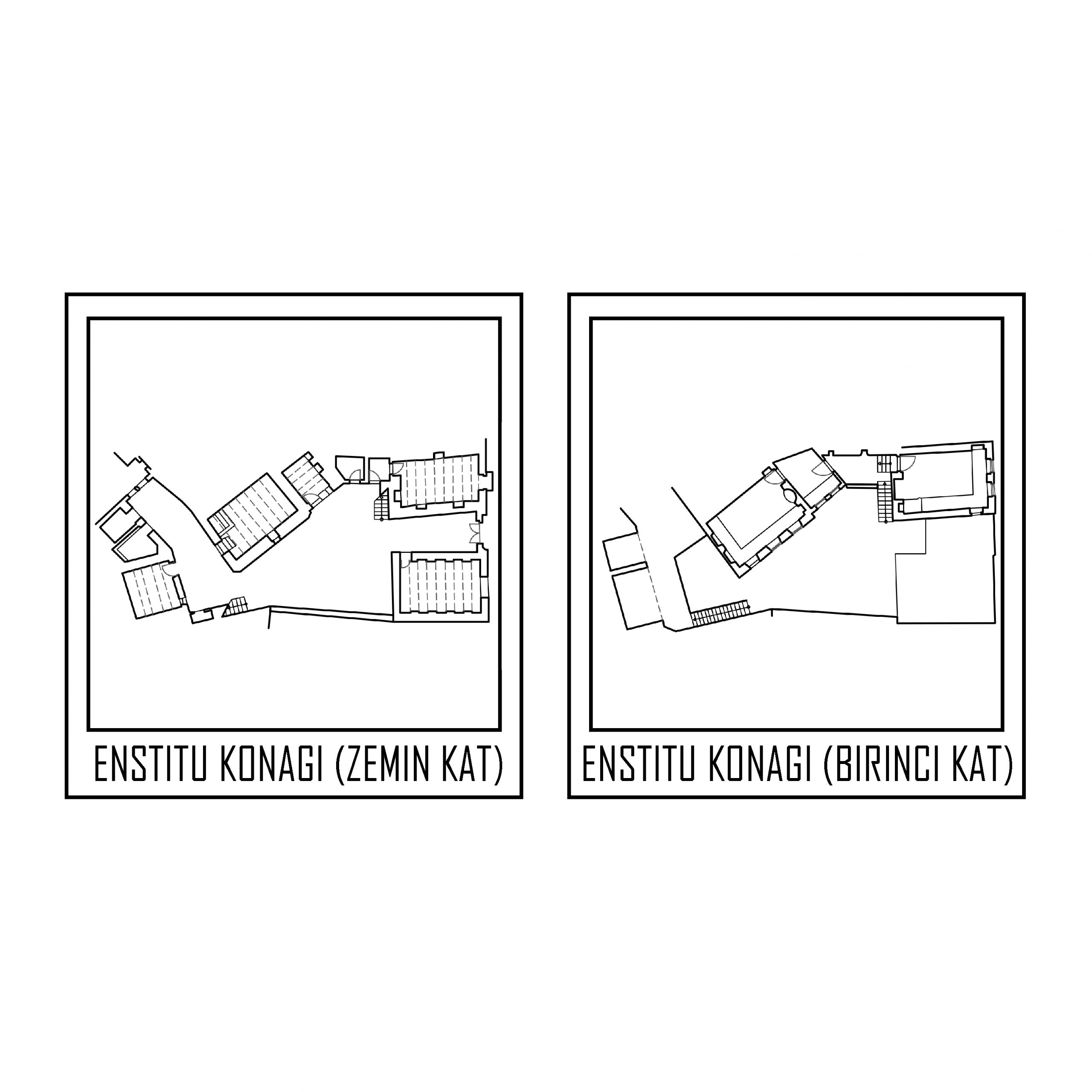 The buildings named as Cappadocia University Institute Mansions today were originally two separate mansions. Wall paintings, stone and wooden decorations are remarkable in the main room of the mansion, located on the south side of these two separate buildings in the same courtyard. There are rock-carved rooms in the mansion on the eastern side. This mansion, also hosted the TV series “Life Goes On”, now functions as the Graduate Education, Training and Research Institute of Cappadocia University.

According to the inscription on the wall painting on the upper floor, the building was built before 1908, though the exact date of construction is not known. After the exchange, Ruşen Akkoç and his family settled in the mansion, whose previous owner was known as Kali Rizos. The building has two stories, an open courtyard and a polygonal plan.

In addition, the building on the northwest facade of this building has a similar plan type and is used as the KÜN Institute building together with the other building. The courtyard door located on the southwest facade of the mansion has a depressed-arched, and there is another molded arch above it.  On this second arch, there is a triangular pediment reflecting the neo-classical architectural style. There is a lighting window above the door, as can be seen in many other examples. Some of the rooms opening to the courtyard with the plan type feature without a anteroom were built with the masonry technique, while the others were built with the rock carving technique.

The mansion walls were built from stone using masonry techniques; wooden materials were used in the doors, ceilings and windows. There are wall paintings, stone and wooden decoration details inside the mansion. On the upper floor of the mansion, a wall painting in the niche has two figures. In the scene, Eros is depicted ready to throw an arrow at a young woman sitting by the fountain wearing a wedding dress. On the right side of the figure, a Greek inscription says, “Who does he think about?” In the lower right corner of the painting, a note shows that the depiction was made in 1908 by Kostis Meletiades, the most famous painter of the village.