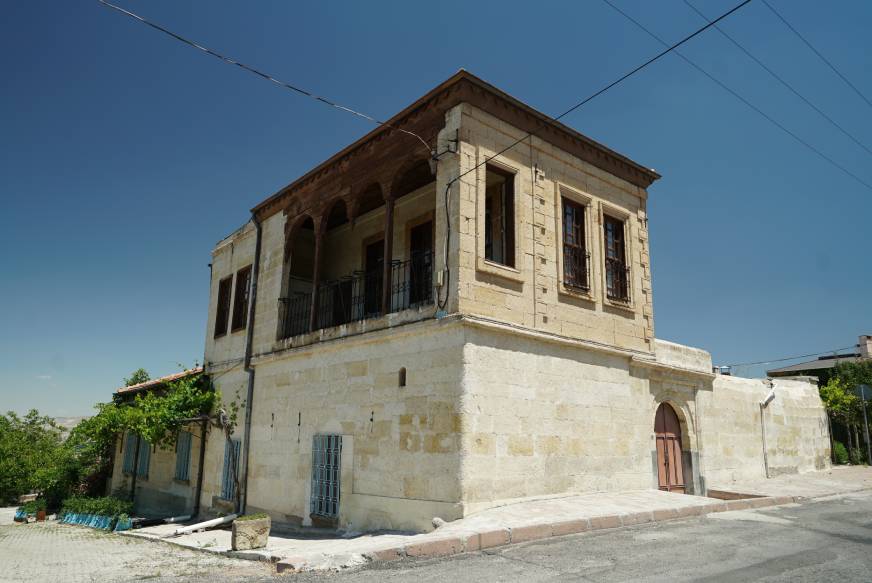 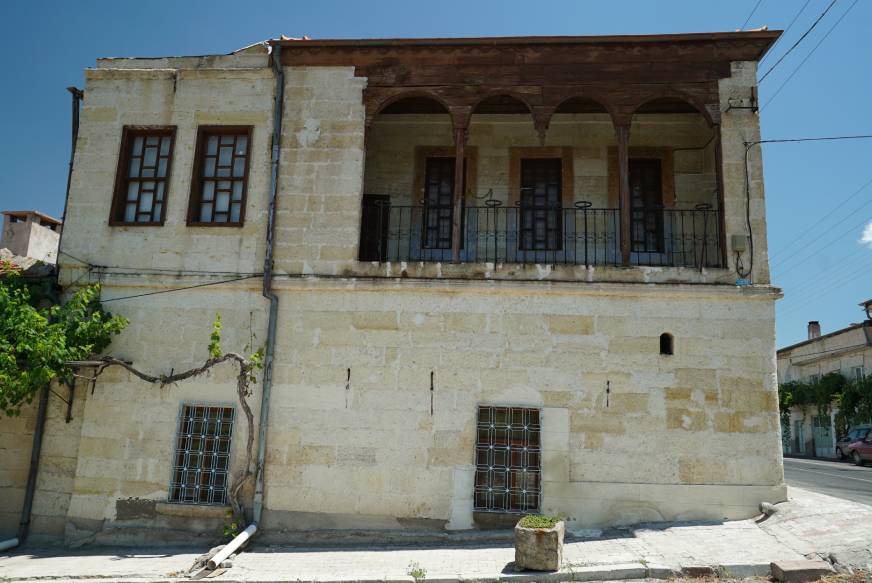 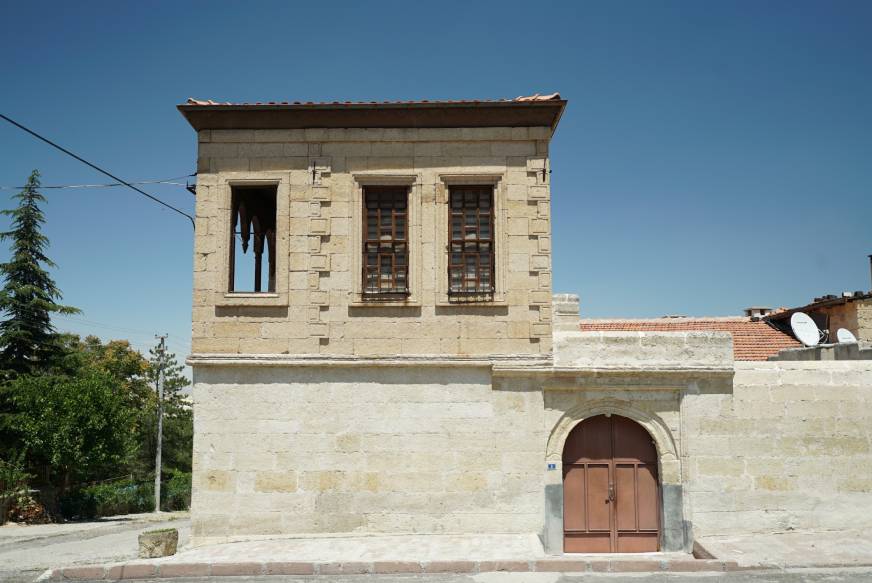 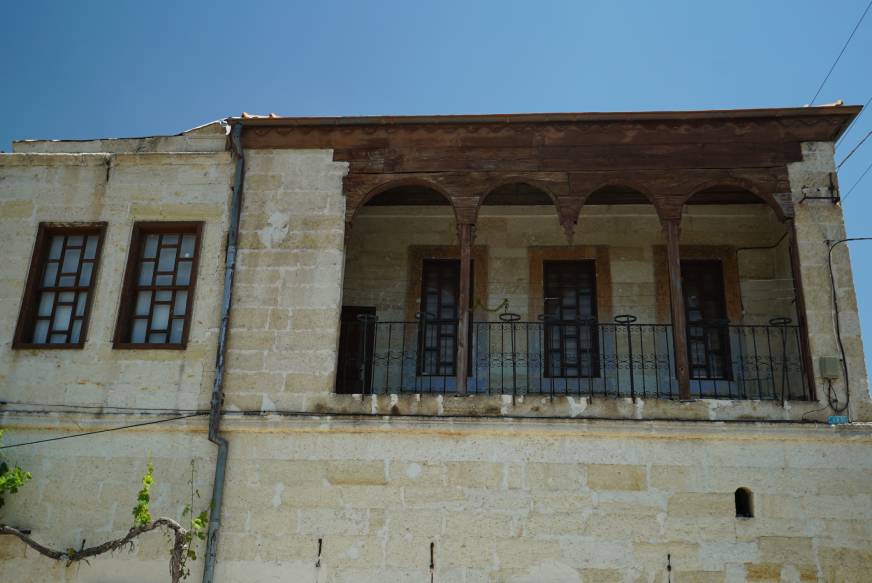 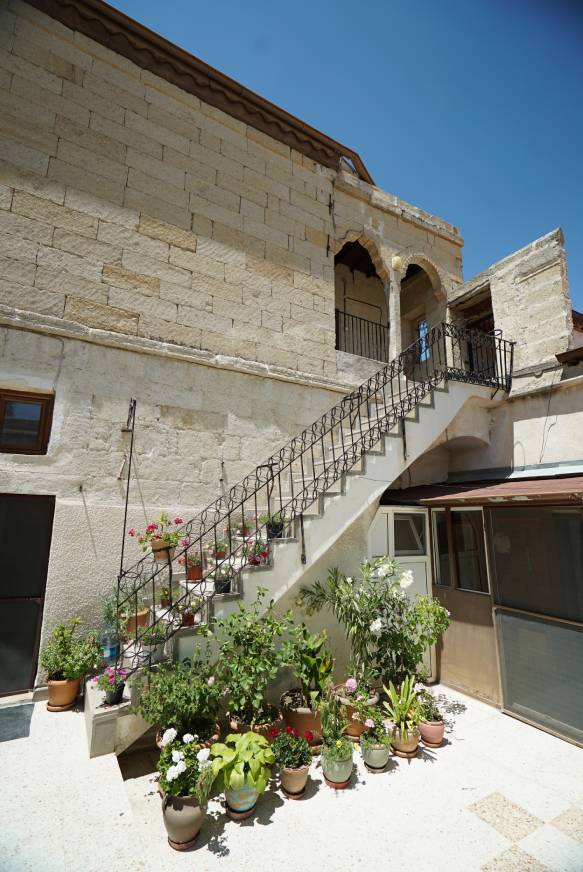 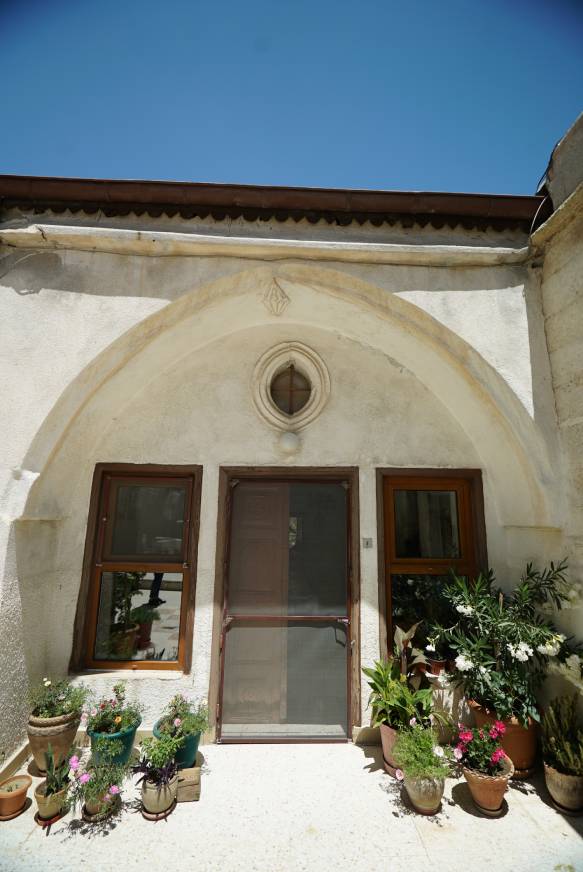 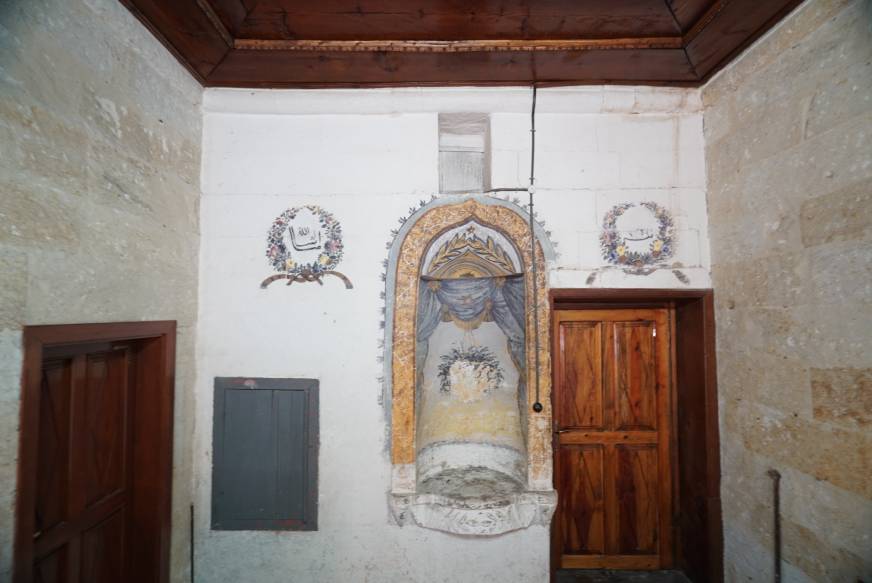 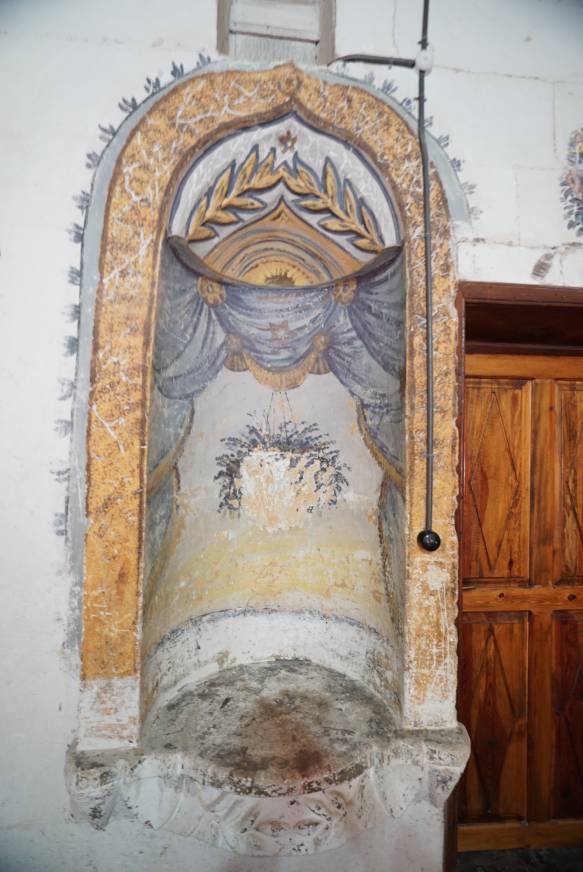 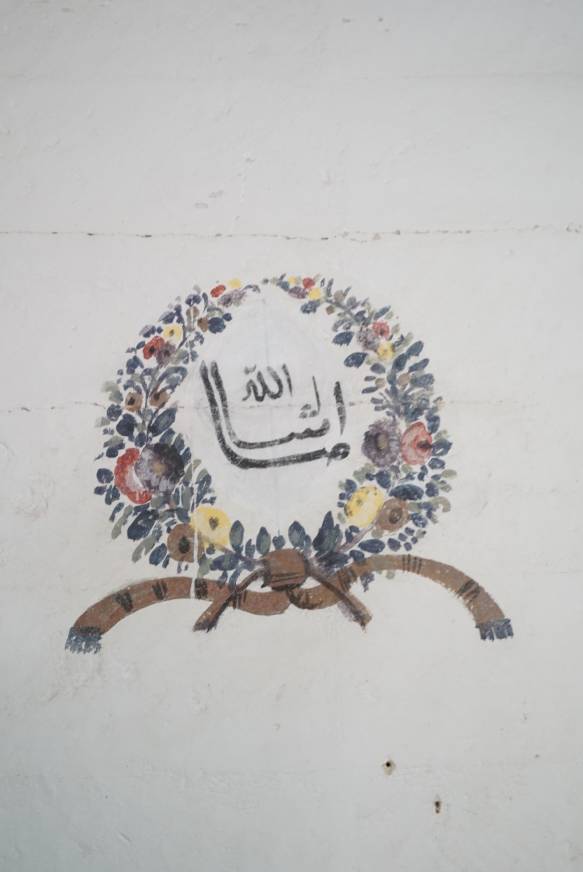 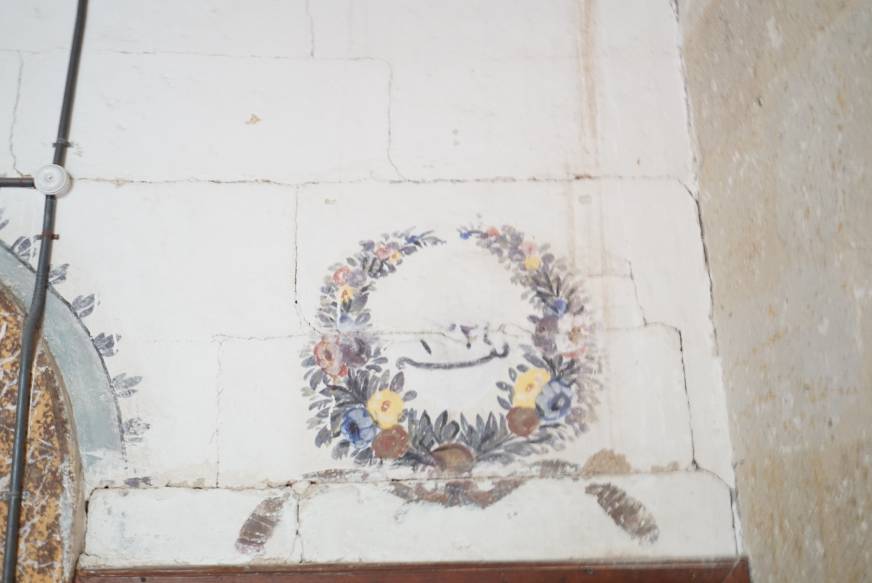 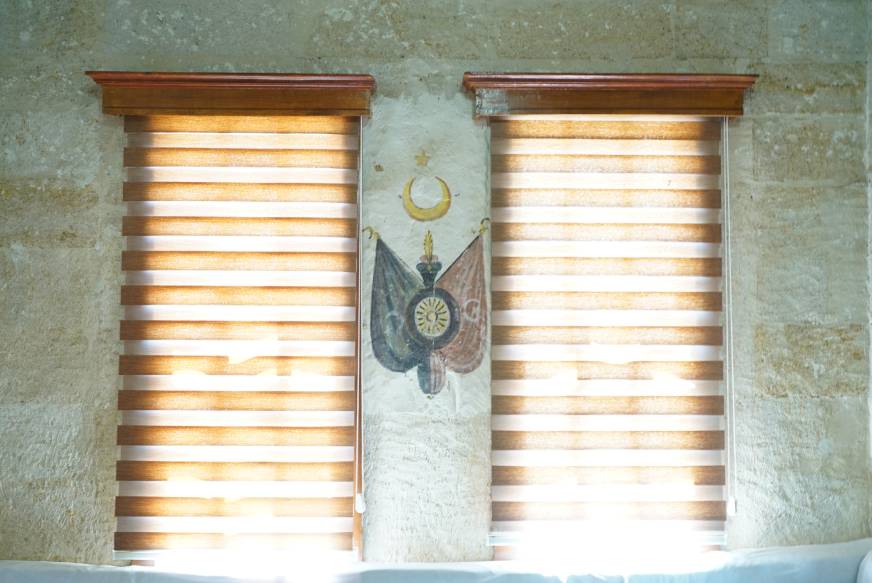 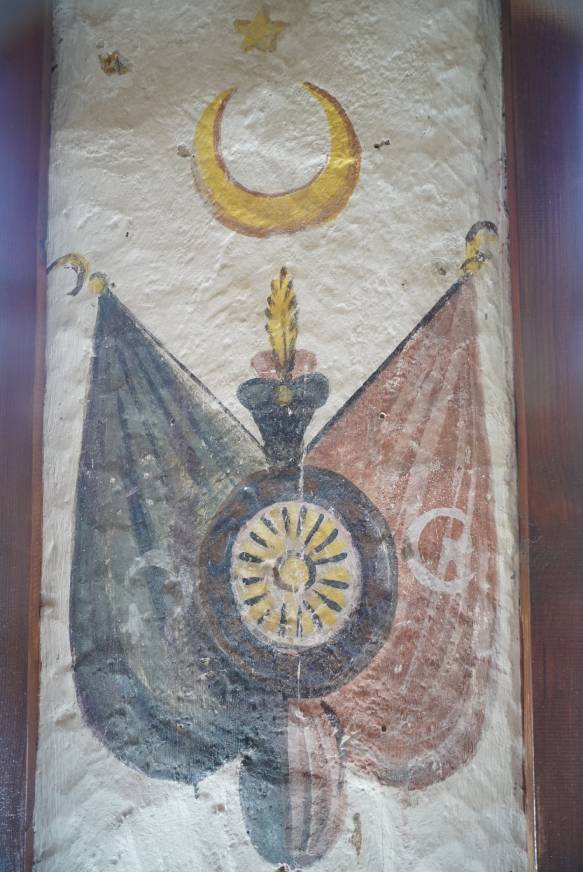 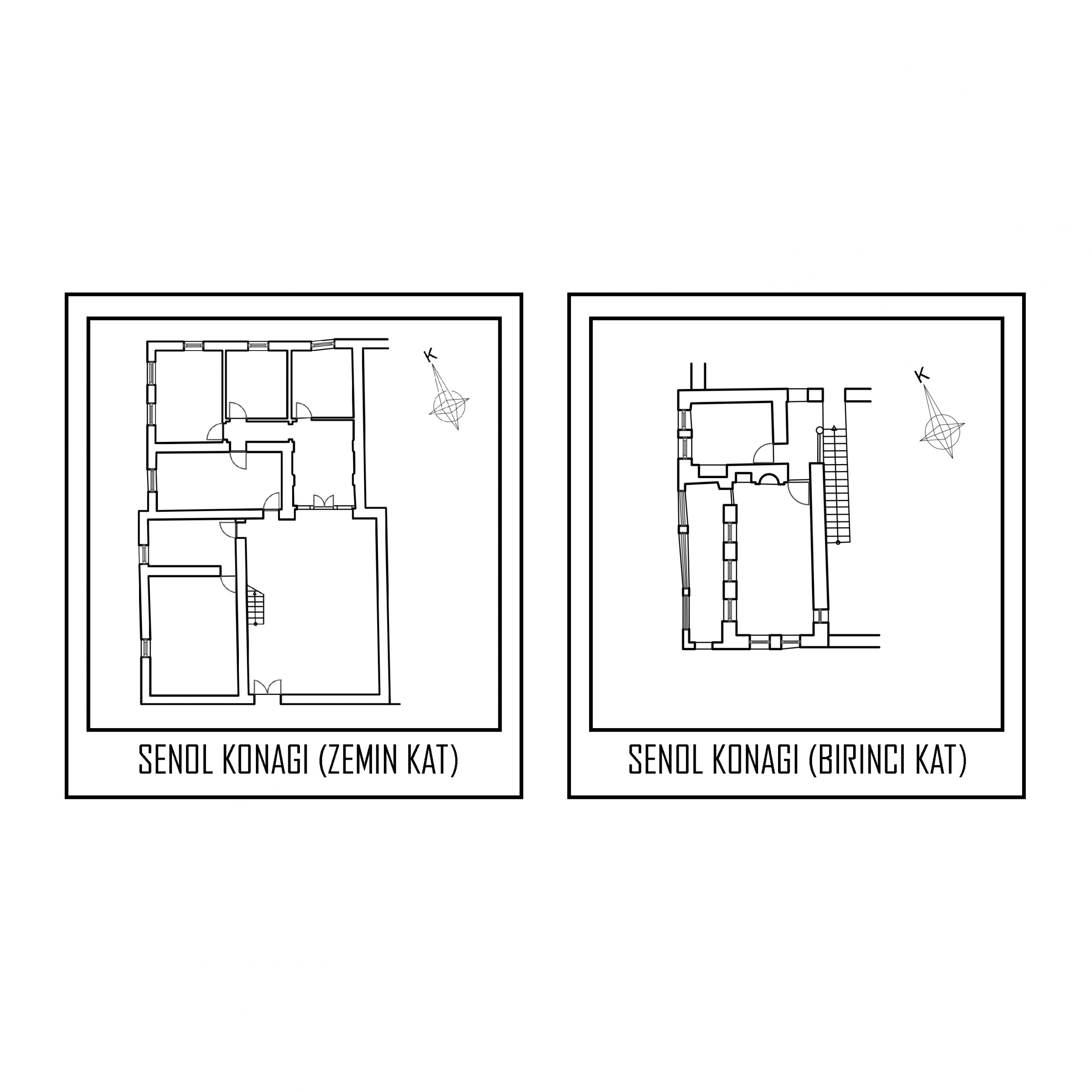 The mansion, built in the second half of the 19th century, belongs to a Muslim family, who were natives of Mustafapaşa. Senol Mansion is located in “Miskin Neighborhood”, as the Rum people named it, where many Turks lived before the population exchange. The same family still lives in the mansion, which belongs to Ergüven Şenol and his family. The two-story building made of cut stone has a flat roof.

An open courtyard is entered through the entrance door on the south facade. Stone has been used on the walls of the mansion built with the masonry technique, and wood and iron materials have been used on the door, ceiling, and window elements initially. The stair fences of the building have been made with wrought iron technique. The tandoor-oven in the arched and vaulted room on the ground story belongs to ancient times.

The main room of mansion’s upper story is the only place in the building with ornaments consisting of wall paintings. A niche has floral motifs. On the left side of the niche, there is the inscription “ماشاالله” in Ottoman Turkish, which translates “Mashallah.” On the right side of the niche, the inscription “۱۳۲۴” indicates the year of construction, 1908. The Ottoman emblem is depicted on the wall opposite the room. The mansion’s decorative elements reflect the owner’s Muslim identity.