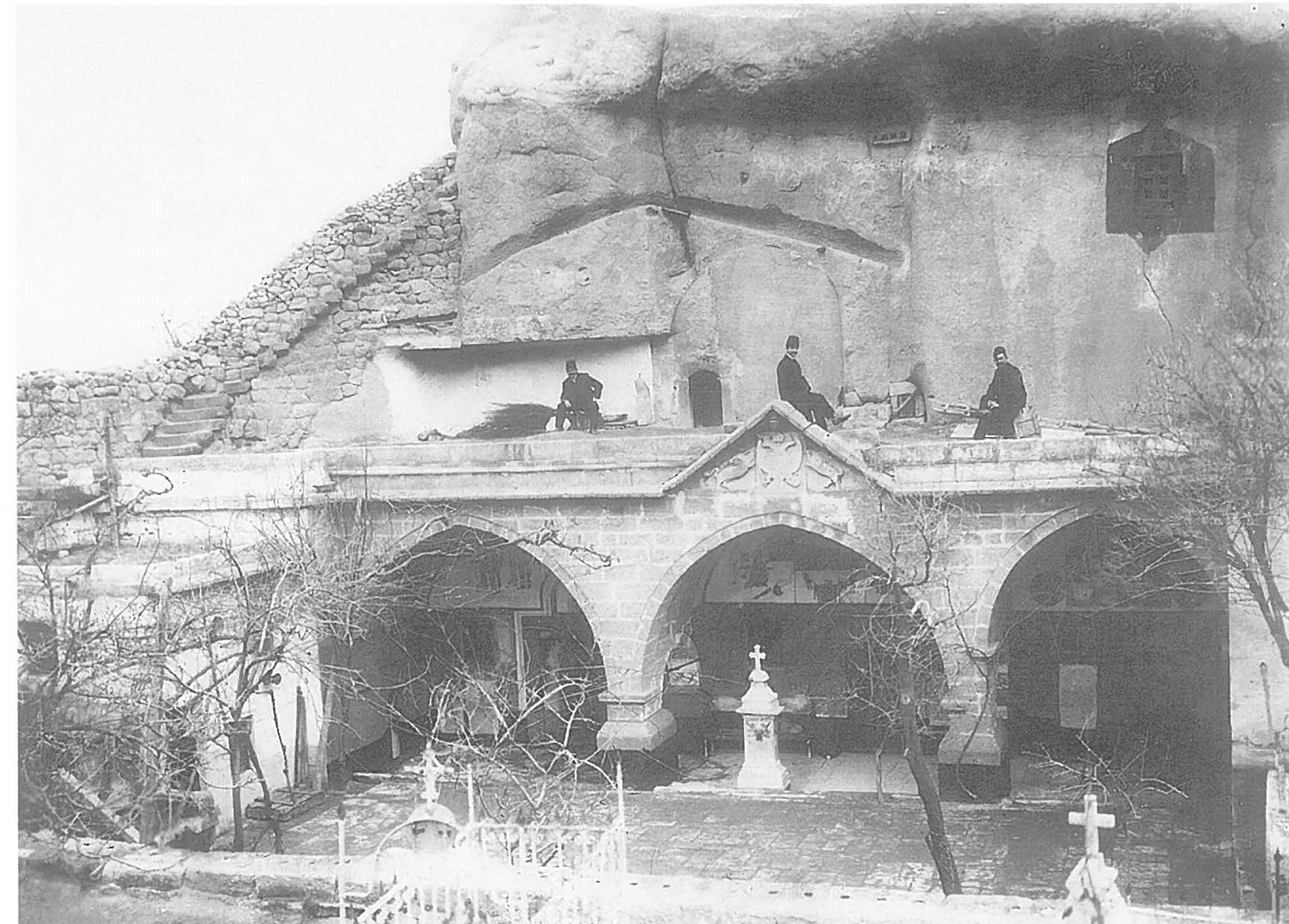 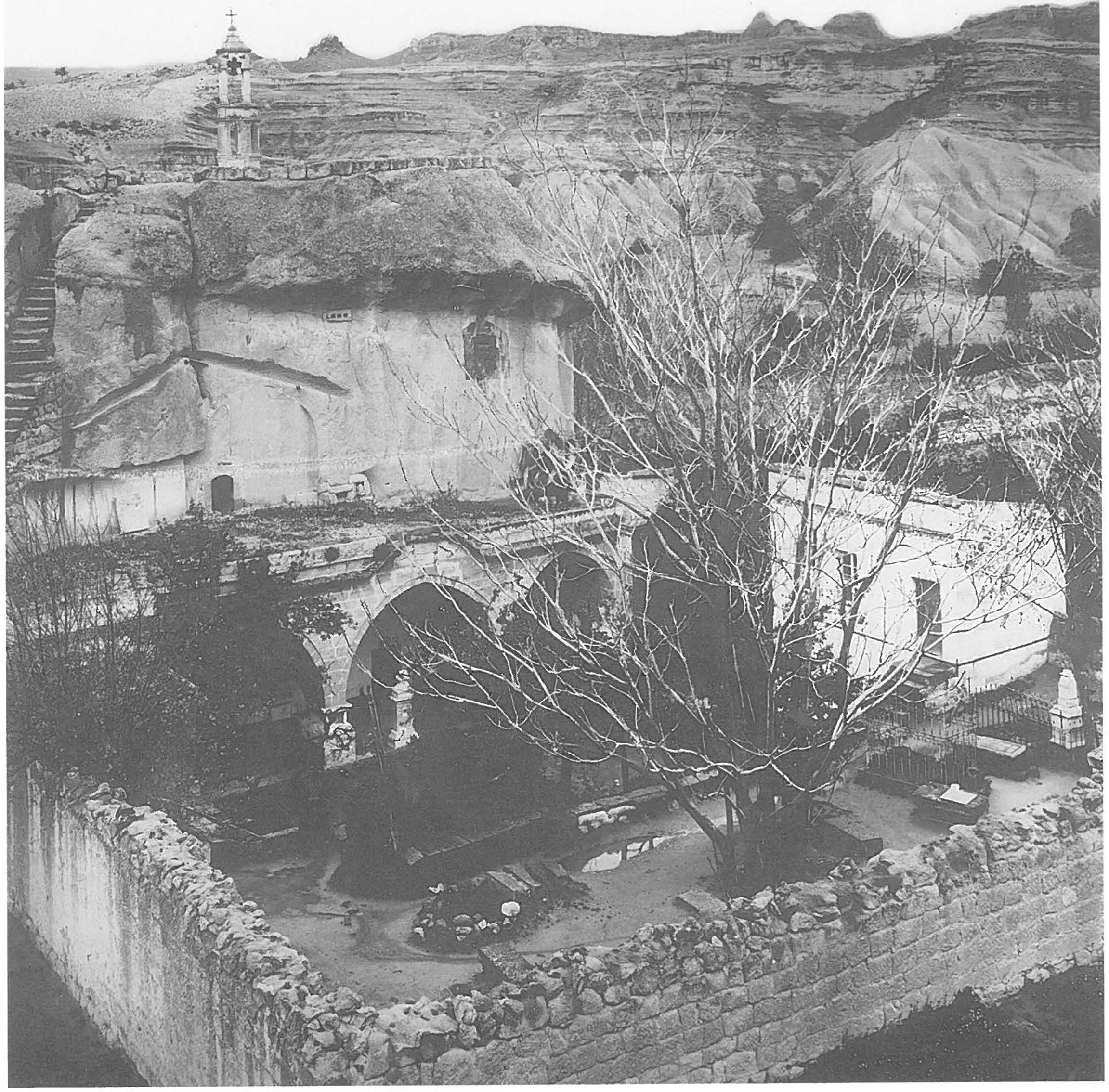 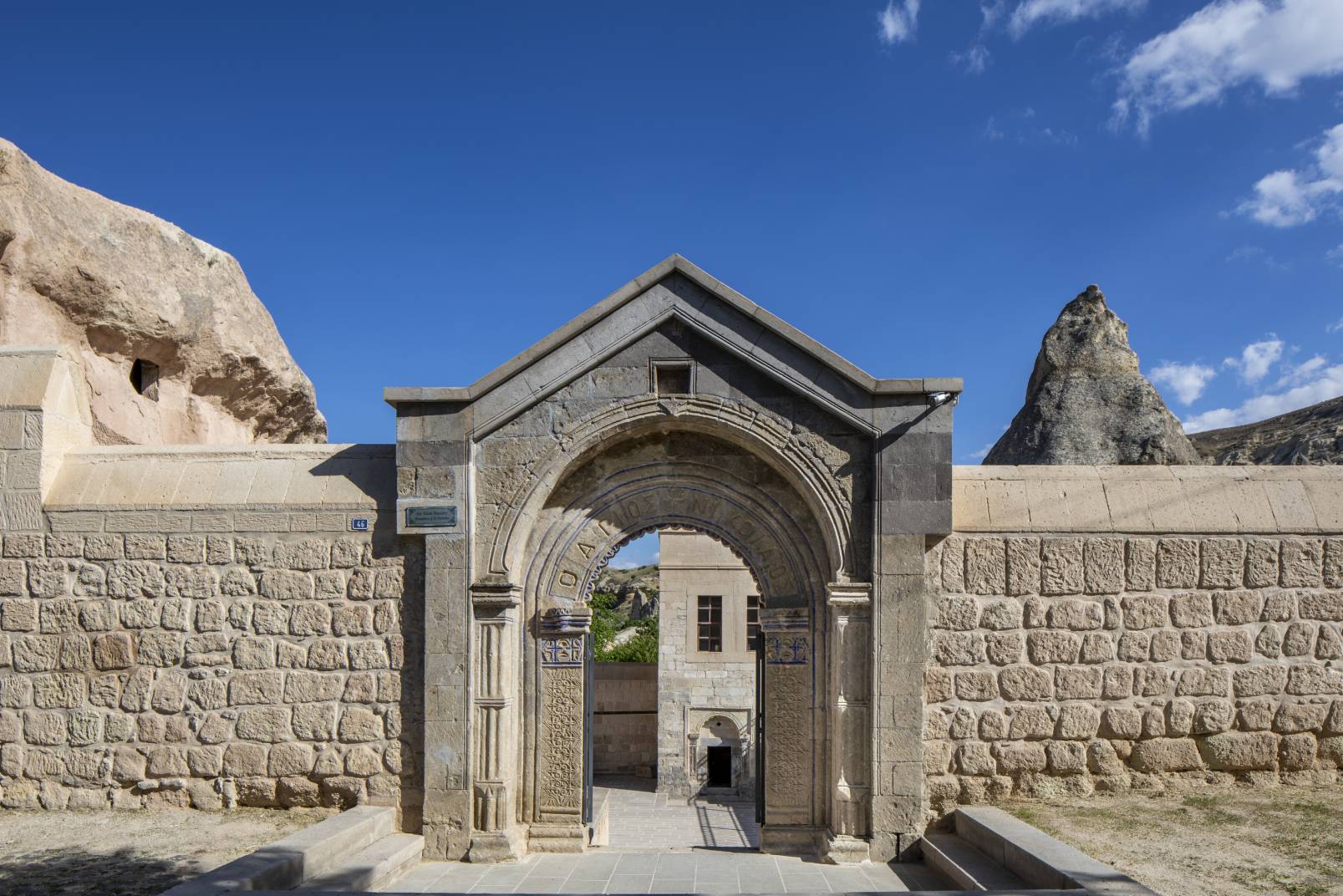 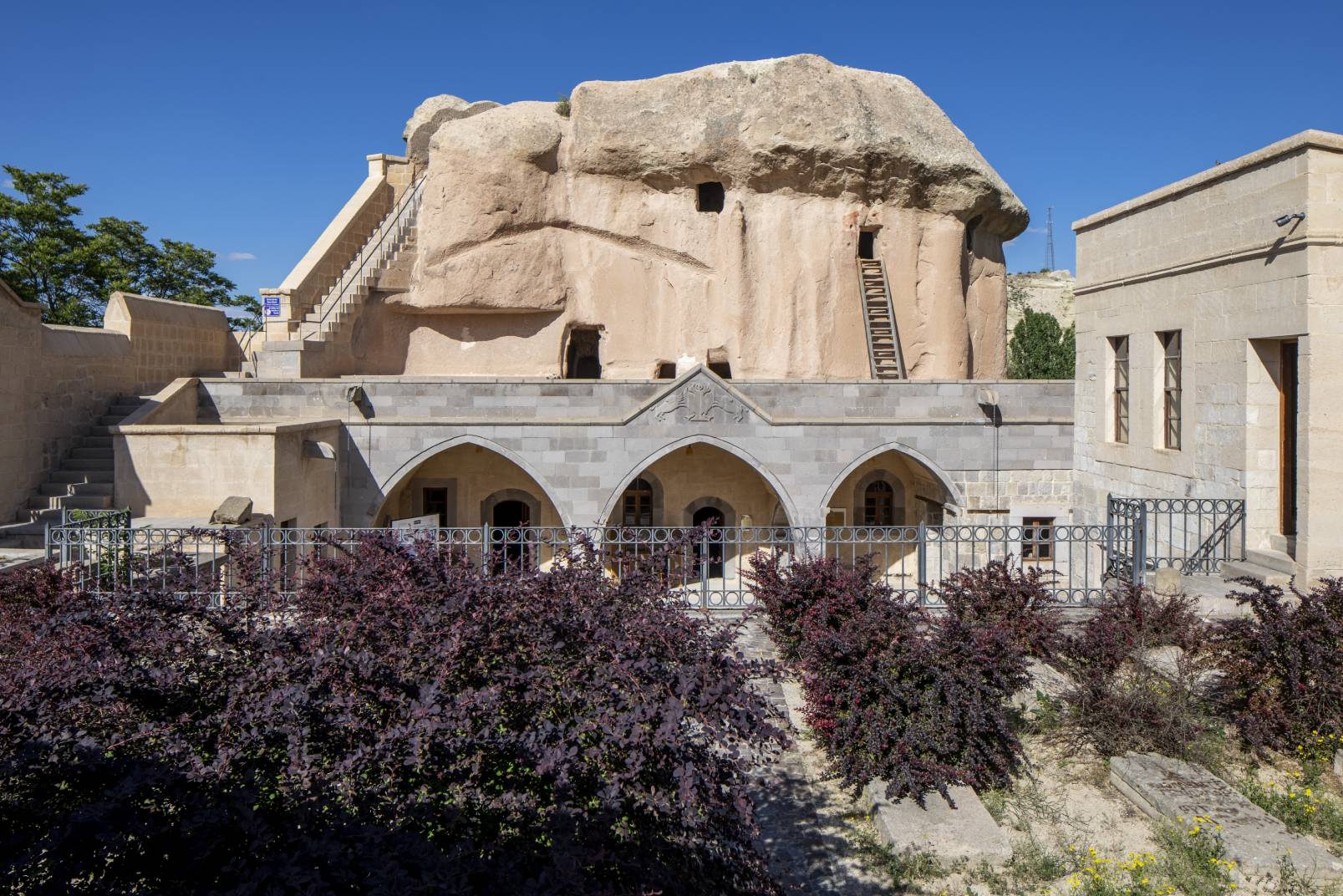 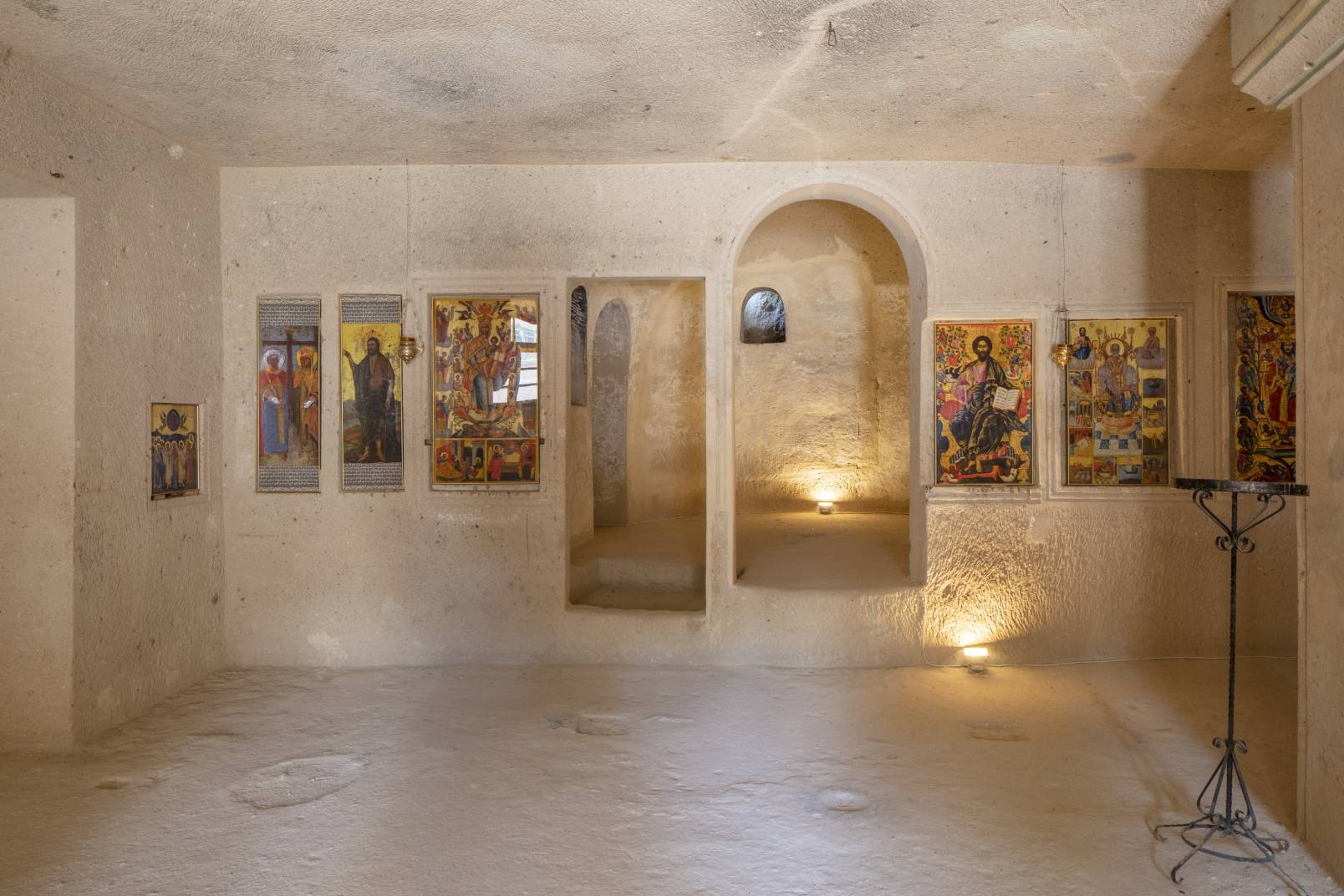 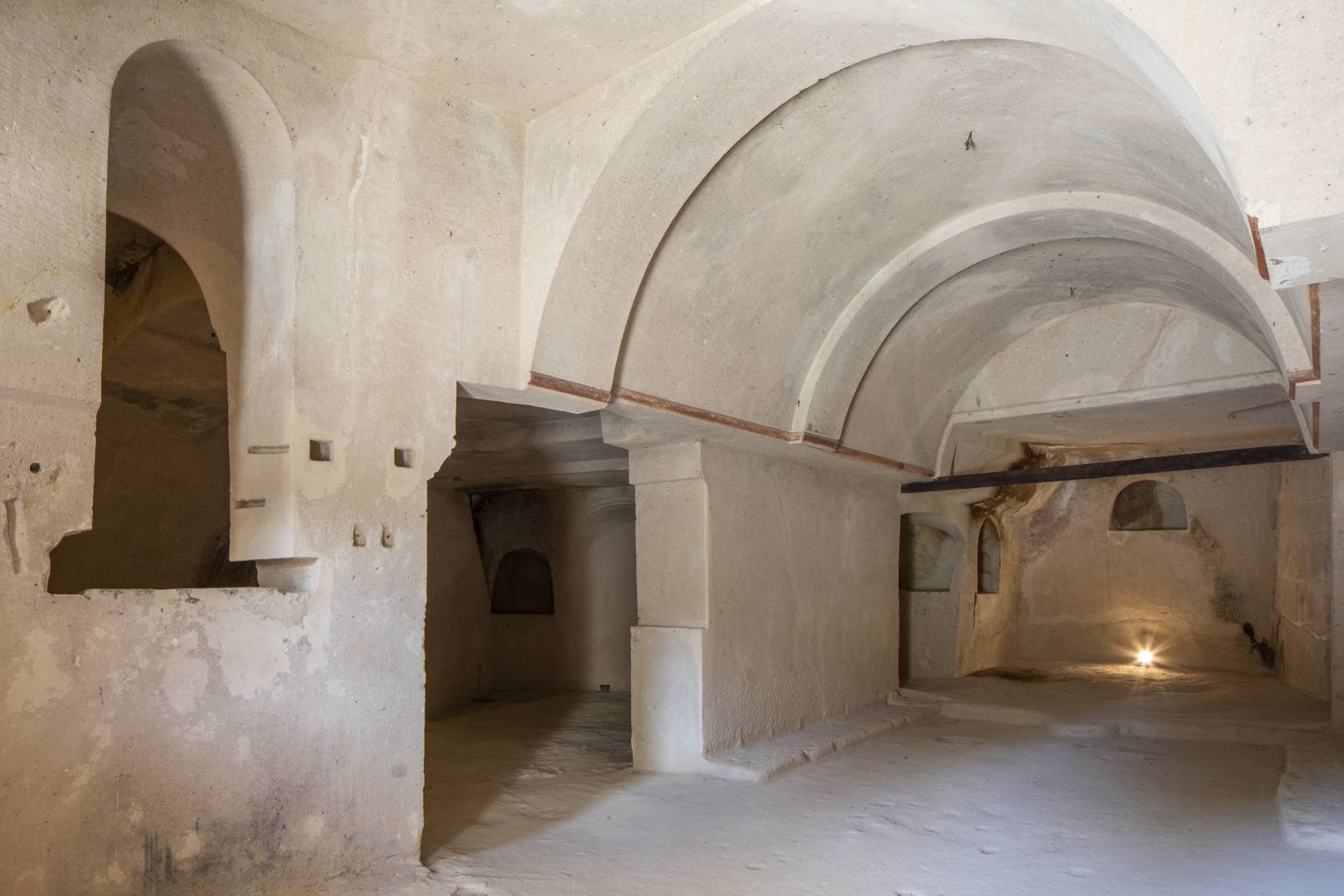 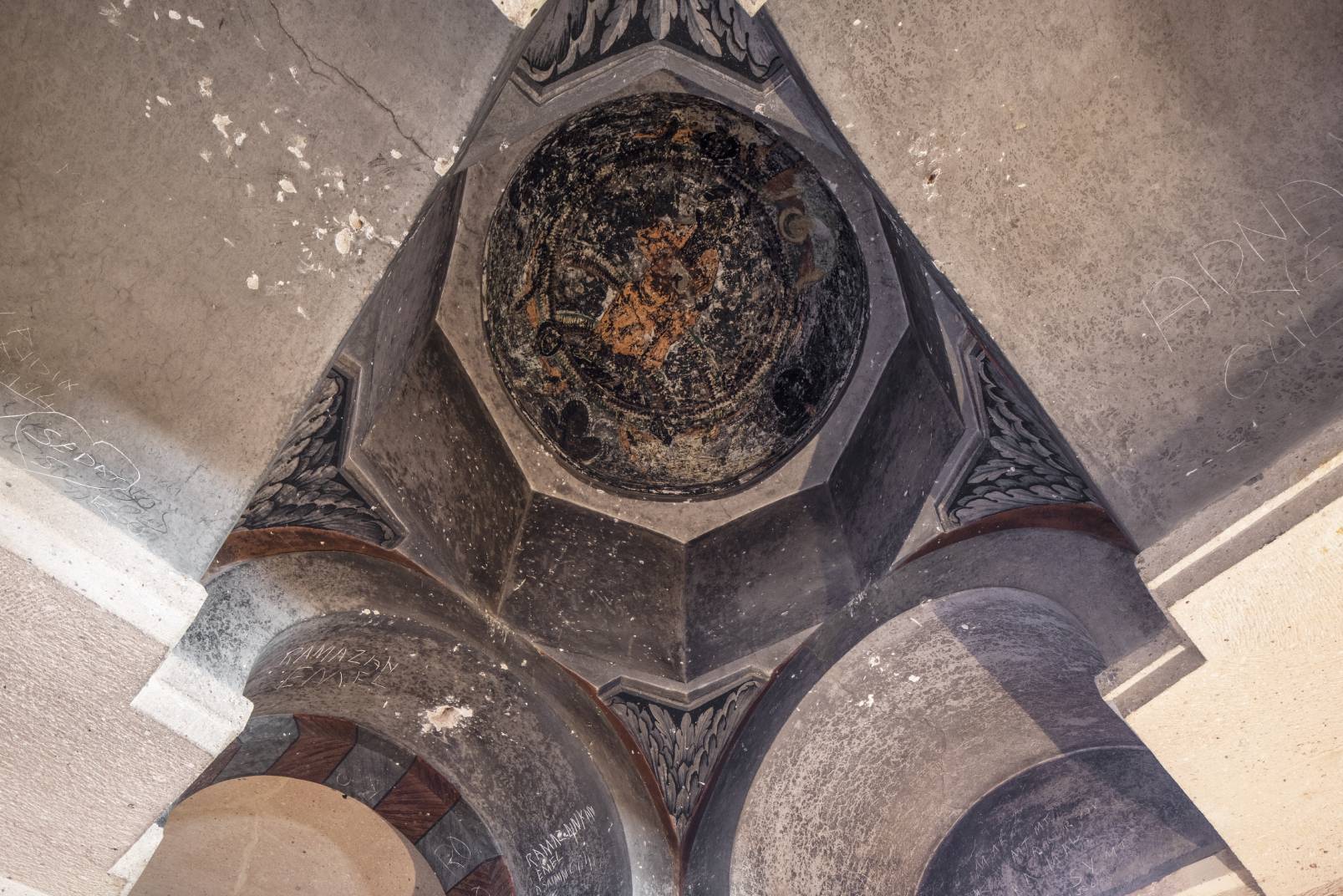 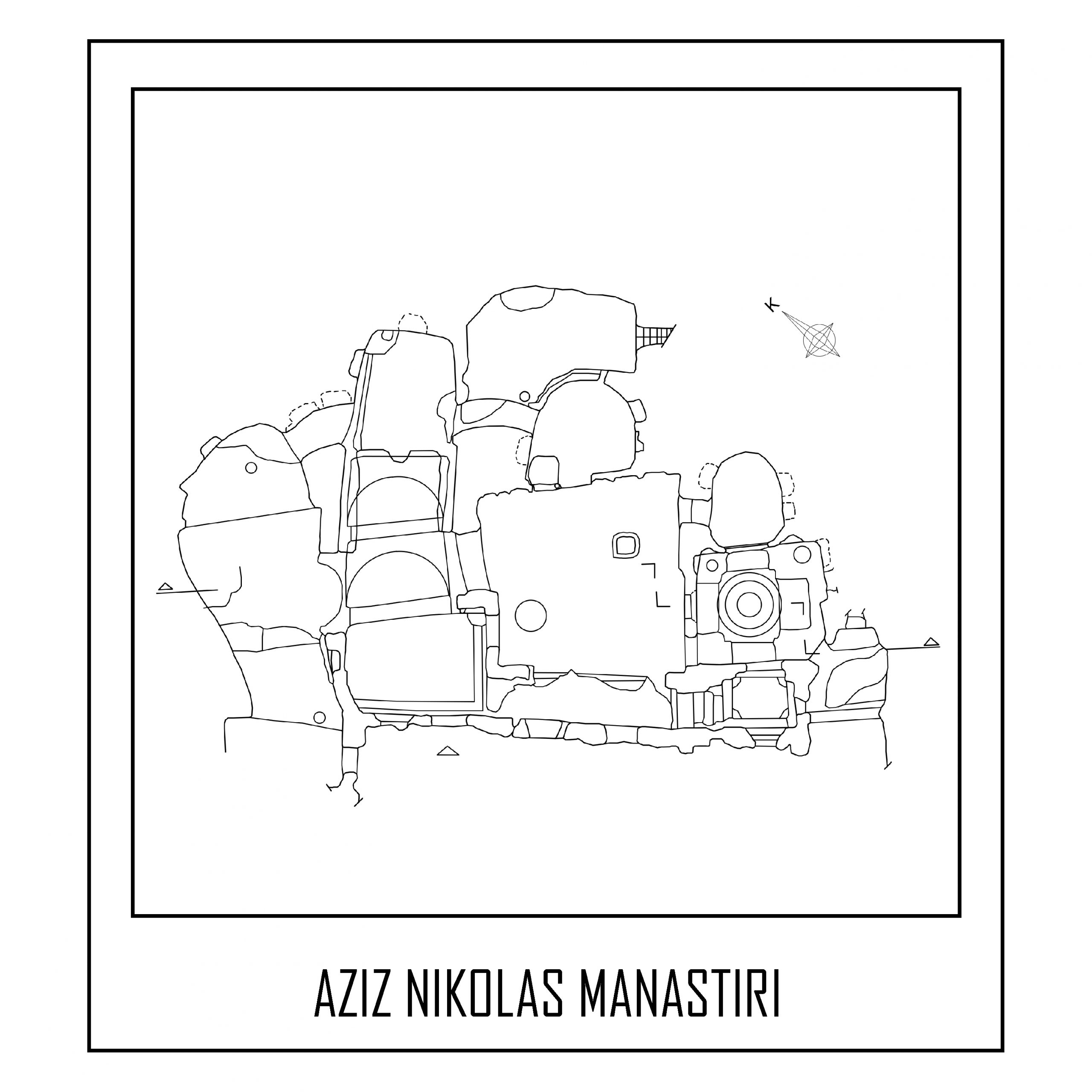 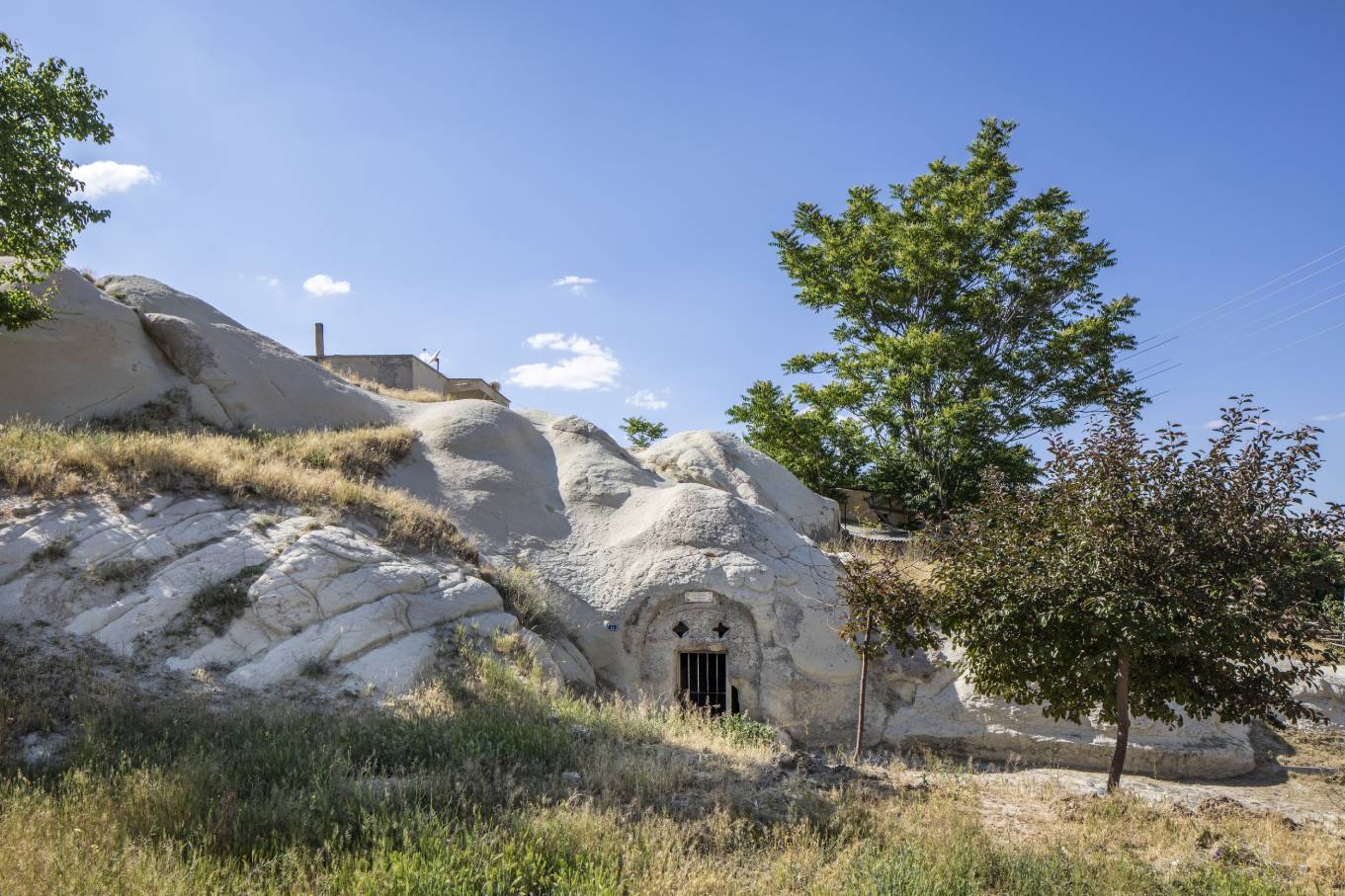 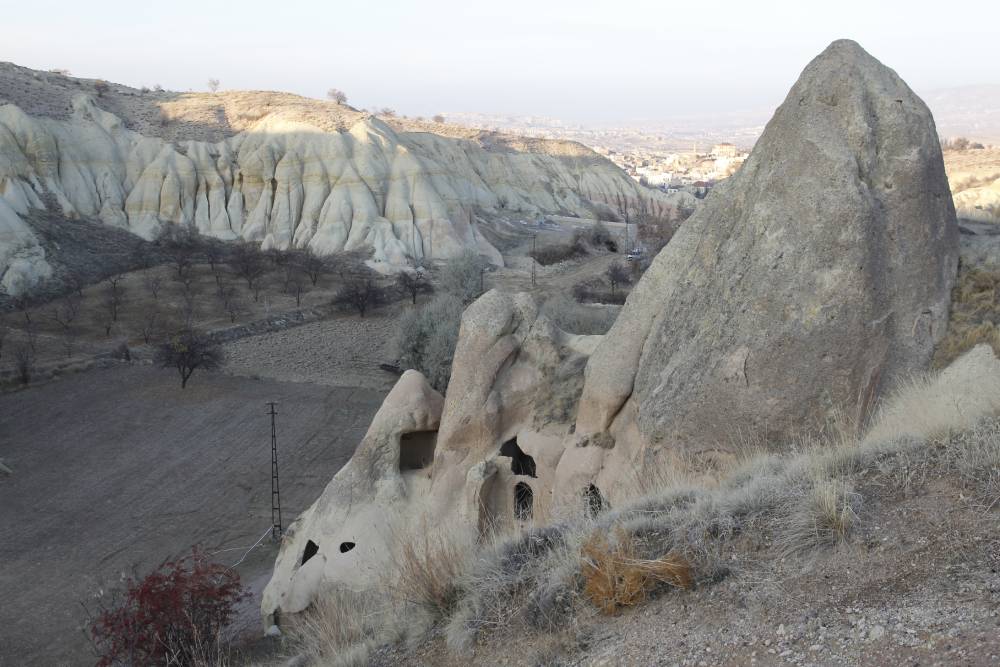 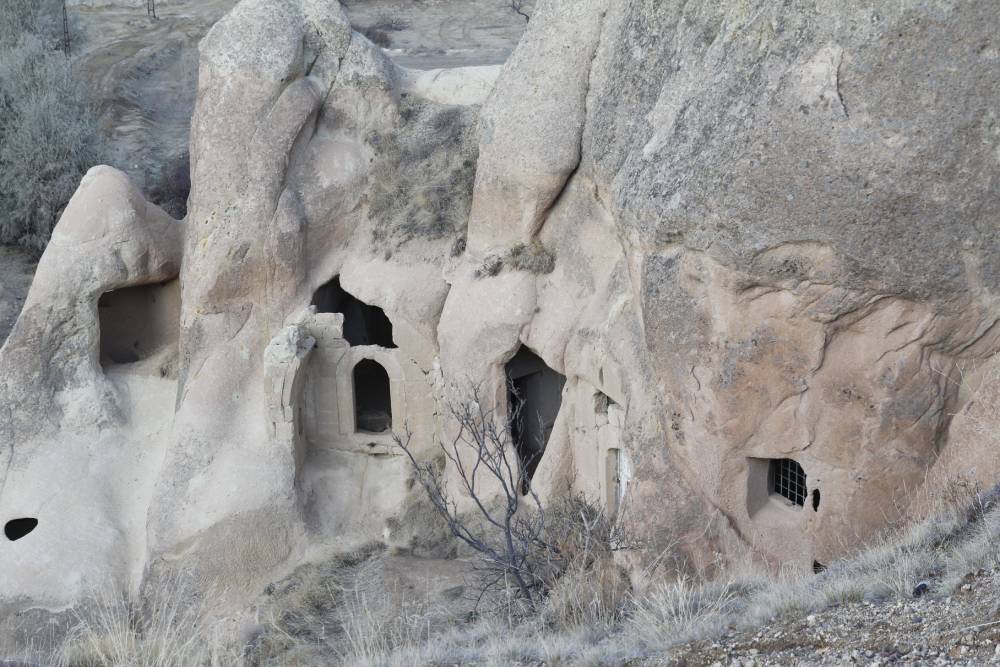 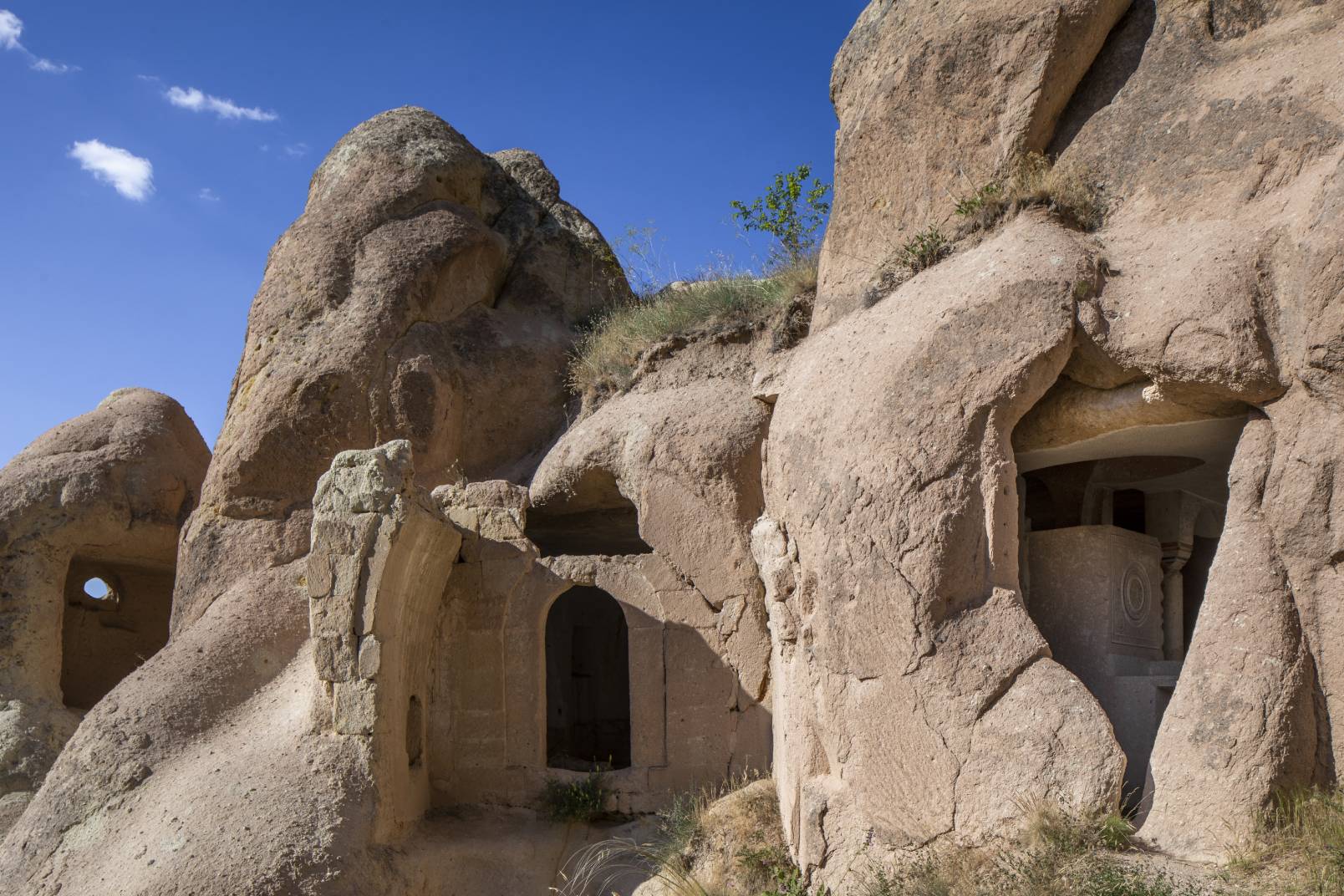 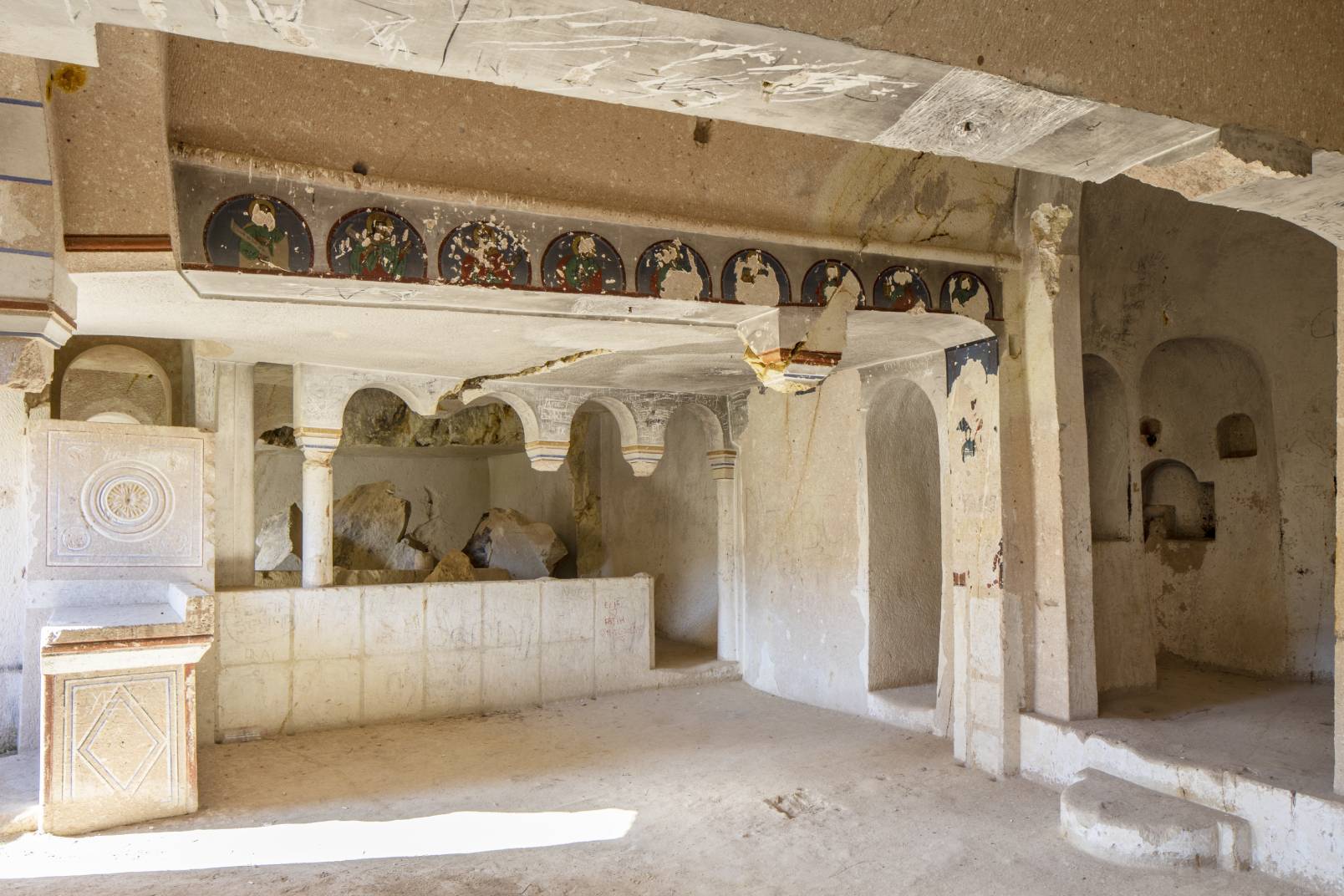 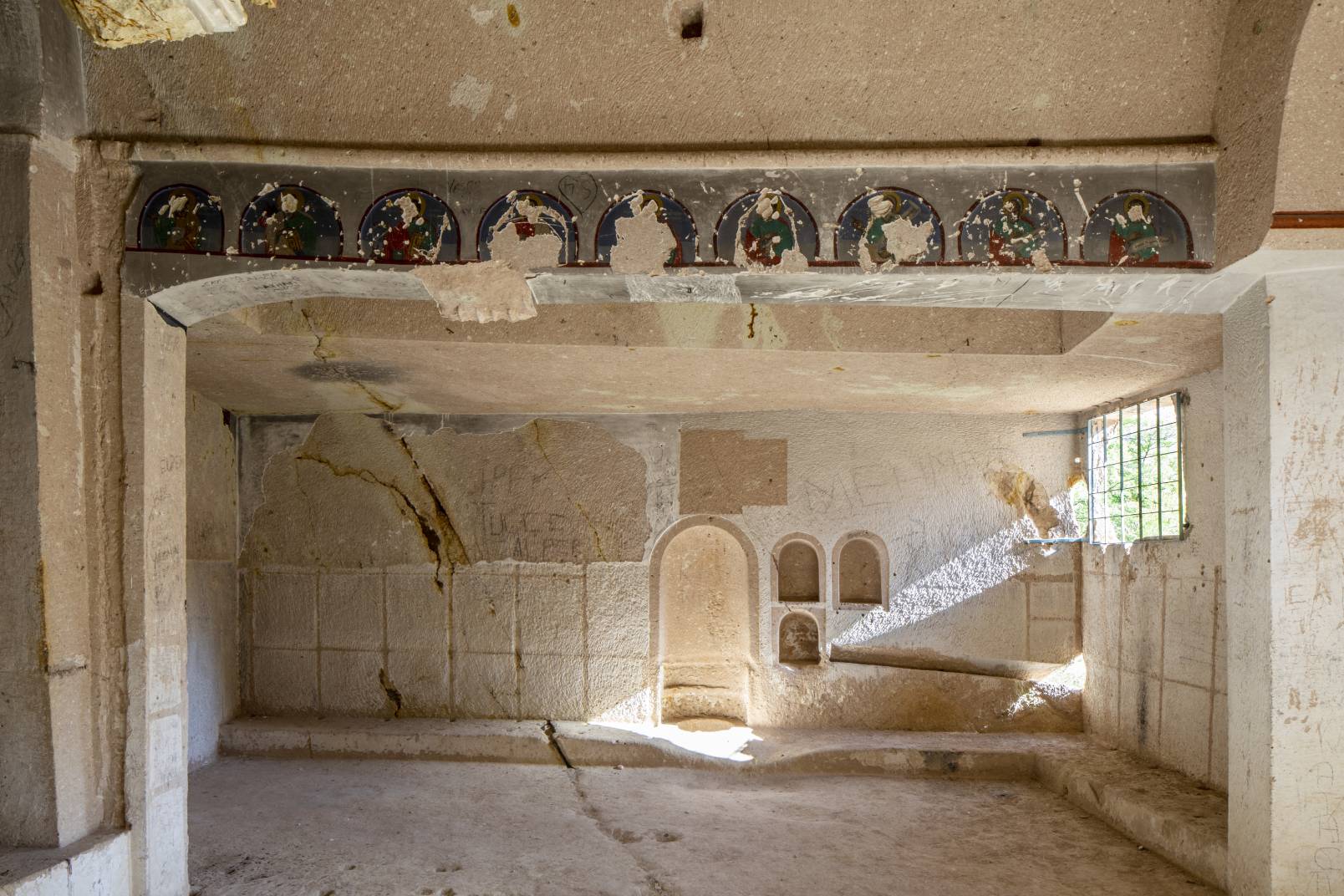 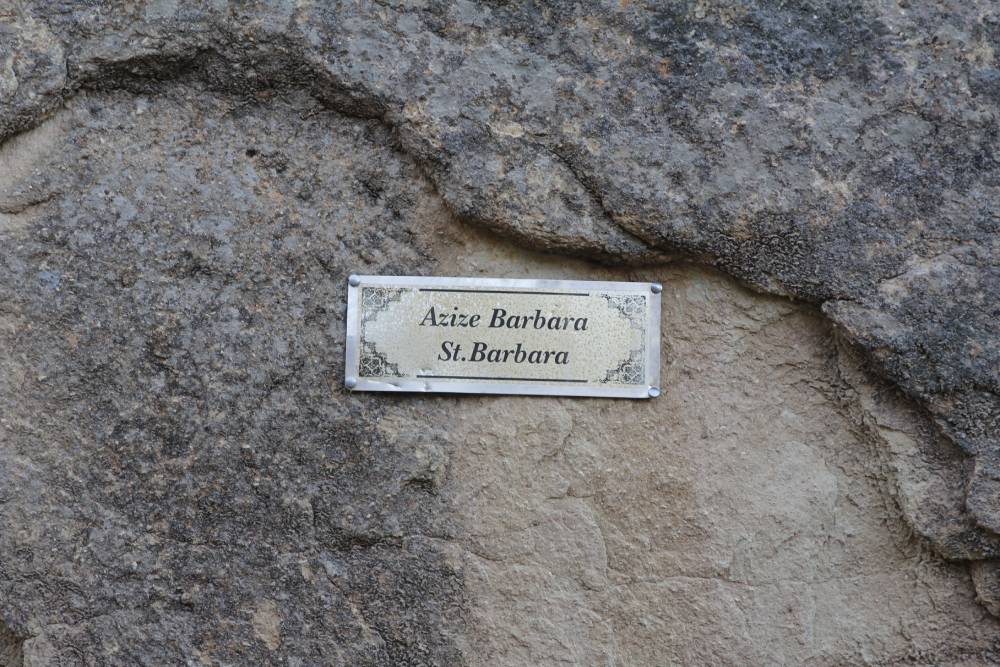 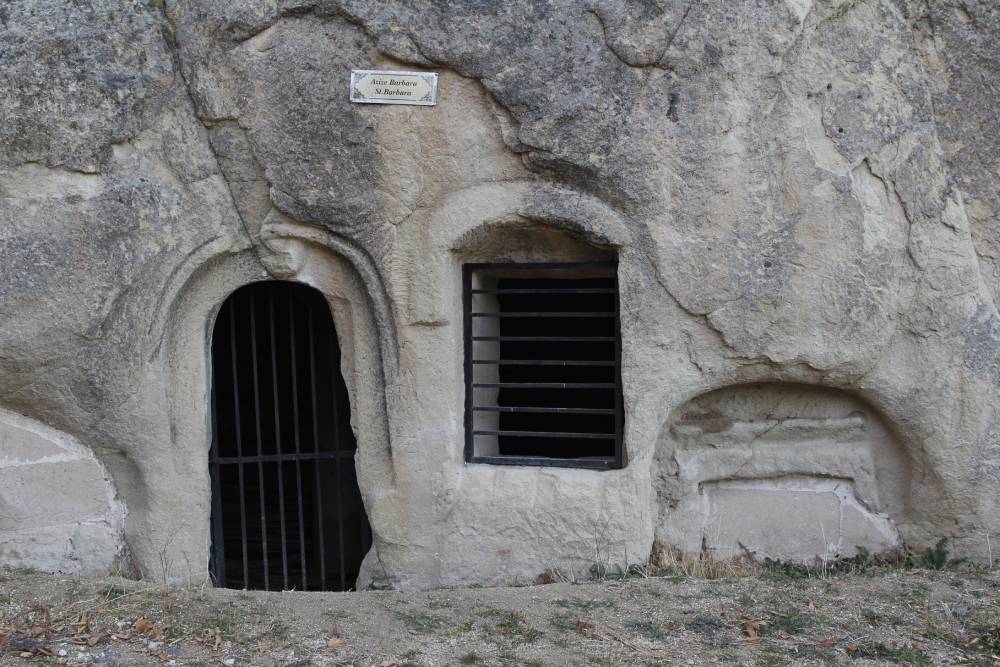 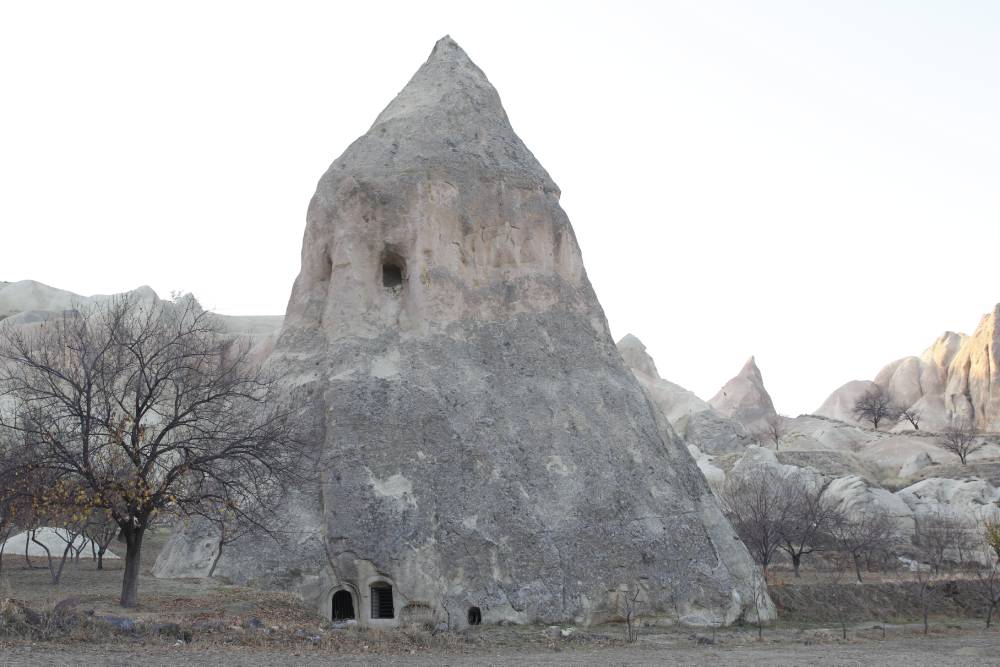 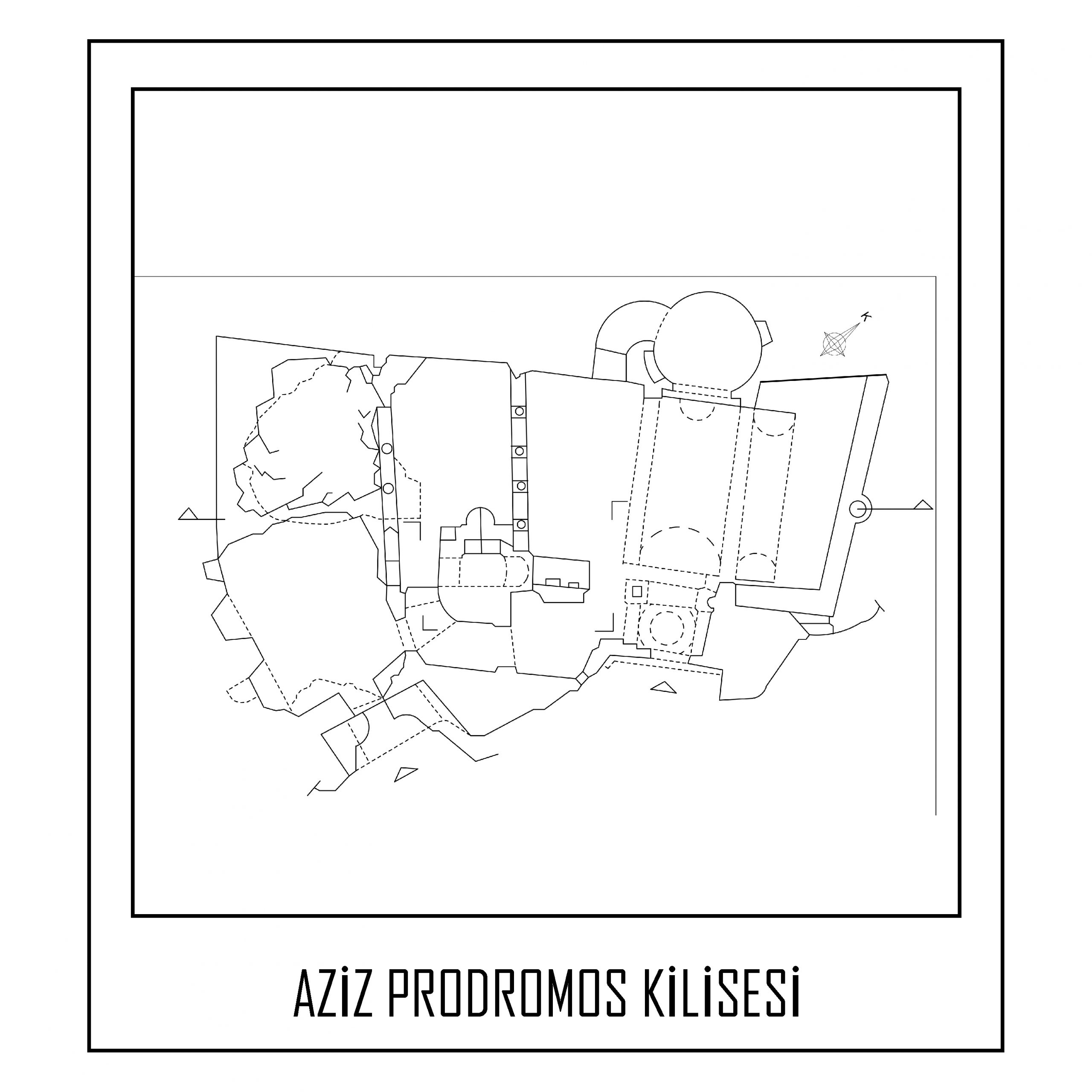 Although there are different saints with the same name, Nicholas, who is highly respected in the Orthodox faith, is the Saint whose cult began to spread after the 9th century, whose commemoraion day is December 6, and who was bishop of Myra. Saint Nicholas, of the most respected saints not only of the Rum people of Sinasos, but also of the whole Christian world, has turned into a figure, become known as “Santa Klaus” in the Western world over time.

The monastery complex consists of four separate spaces. Some are masonry, others are carved from the rock and adjacent to each other on the lower story level. Although it is not known exactly when the monastery was built, its present form was built in the second quarter of the 19th century. In addition, it is known that the monastery’s history goes back much further and has existed since the 18th century at the latest, based on the history of an icon that was gifted here.

The courtyard, where the monastery buildings are located, is entered through a decorated door with two intertwined circular arches in the northwest. The structure has three stories. There exist some places to the east of the monastery consisting of four churches, including the church dedicated to St. Nicholas.  The structural complex, where the monastery churches are located, is arranged side by side irregularly in the northsouth direction. From the door that provides access to these places, one passes to the church, which is thought to be the main church in the center. The domed cross–in-square church in the south is most probably the oldest building in this complex, dating back to the Middle Ages. This idea is supported by the stylistic features of the murals. To the west of the monastery, there are various places consisting of the courtyard, hospice rooms, fountain and cemetery.

St. Nicholas Monastery had a very important place not only in the religious life of the people of Sinasos in the 19th century, but also in the social life. Villagers believed the water flowing from the fountain in the courtyard of the church was a healing power. In addition to the Rum people, Turks also went to the fountain to get rid of their diseases and drank its healing waters.