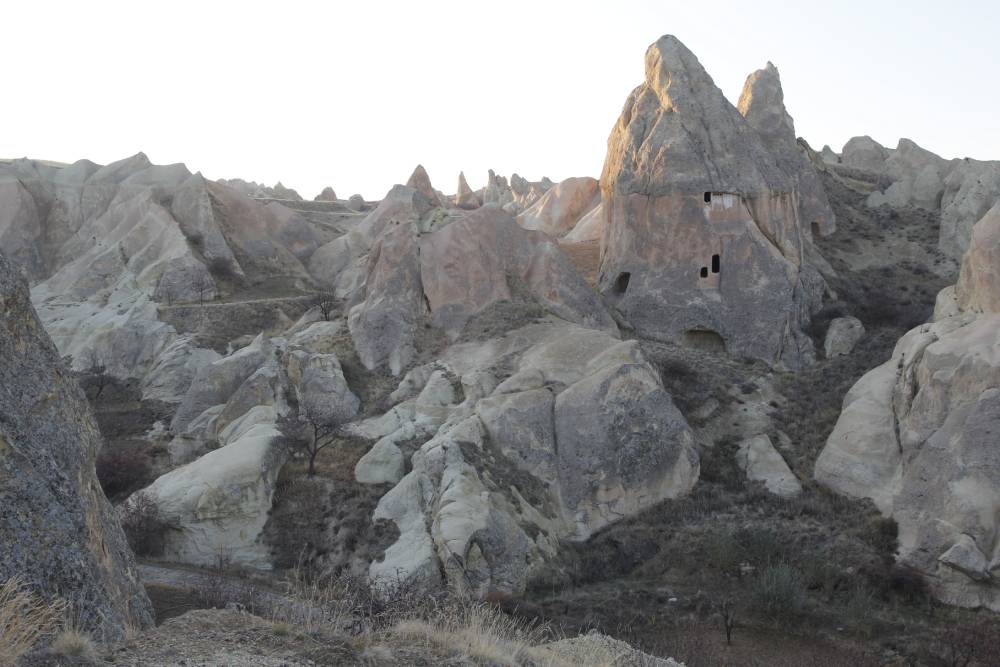 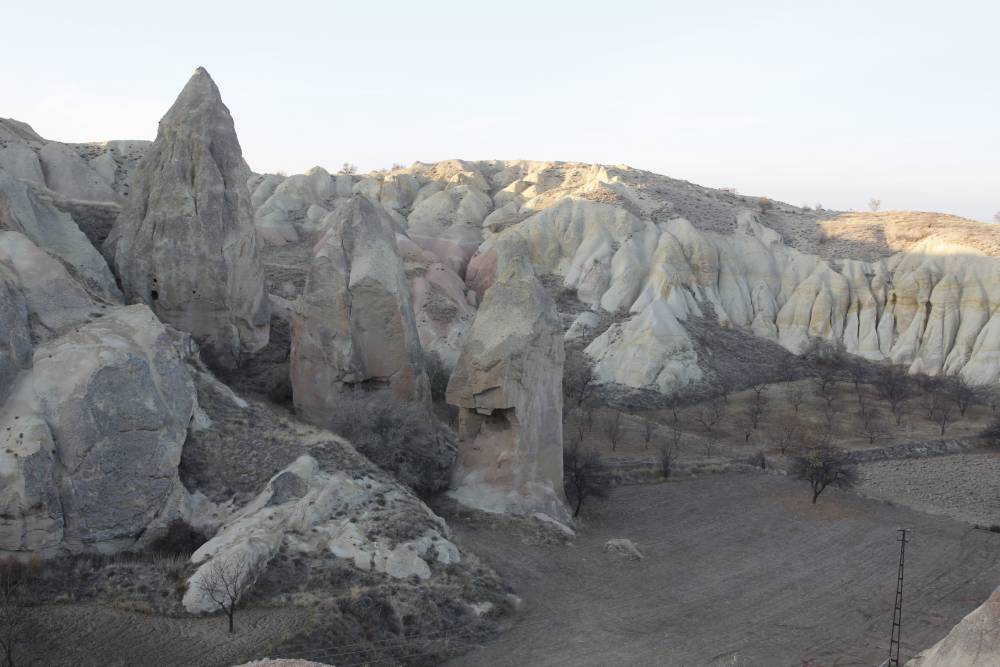 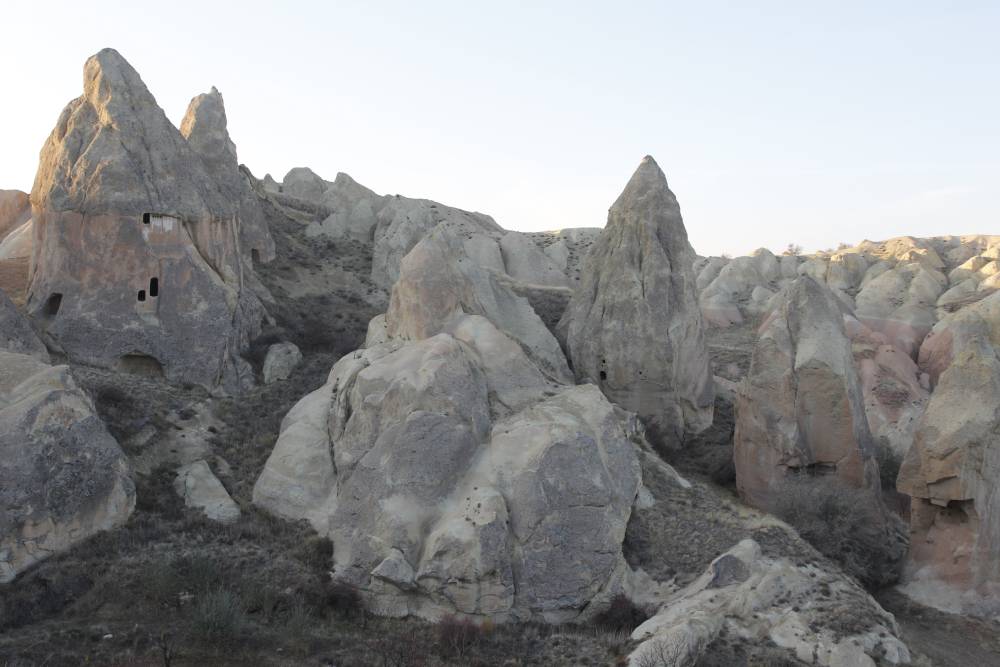 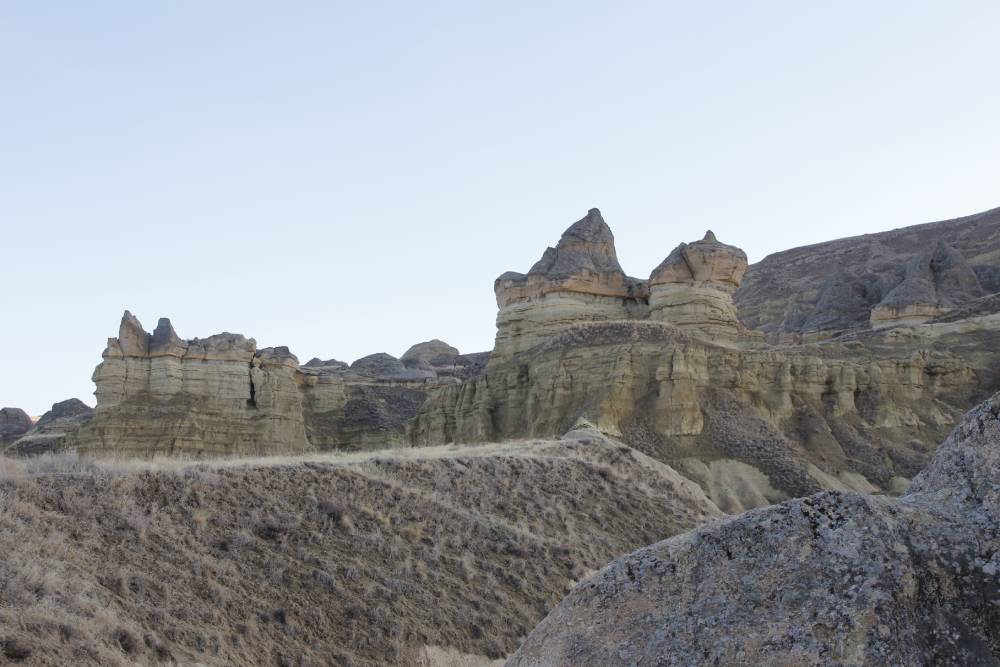 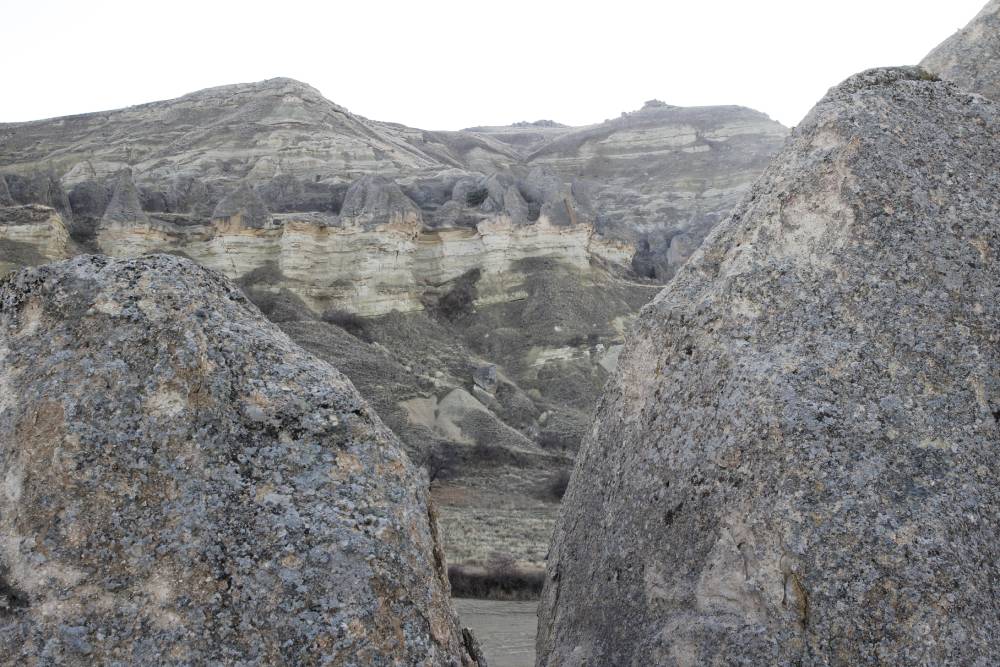 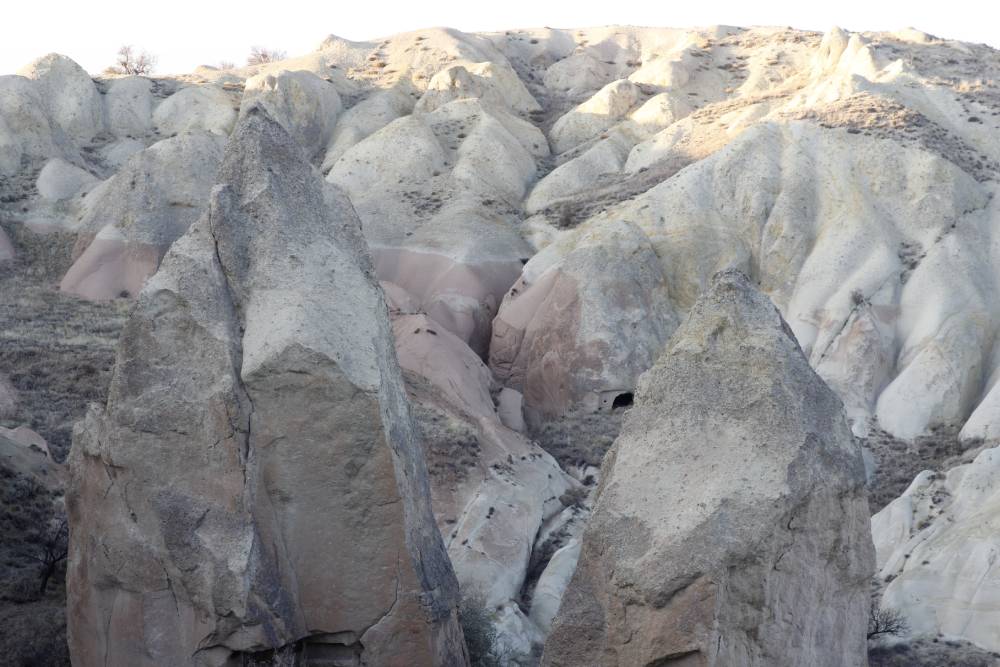 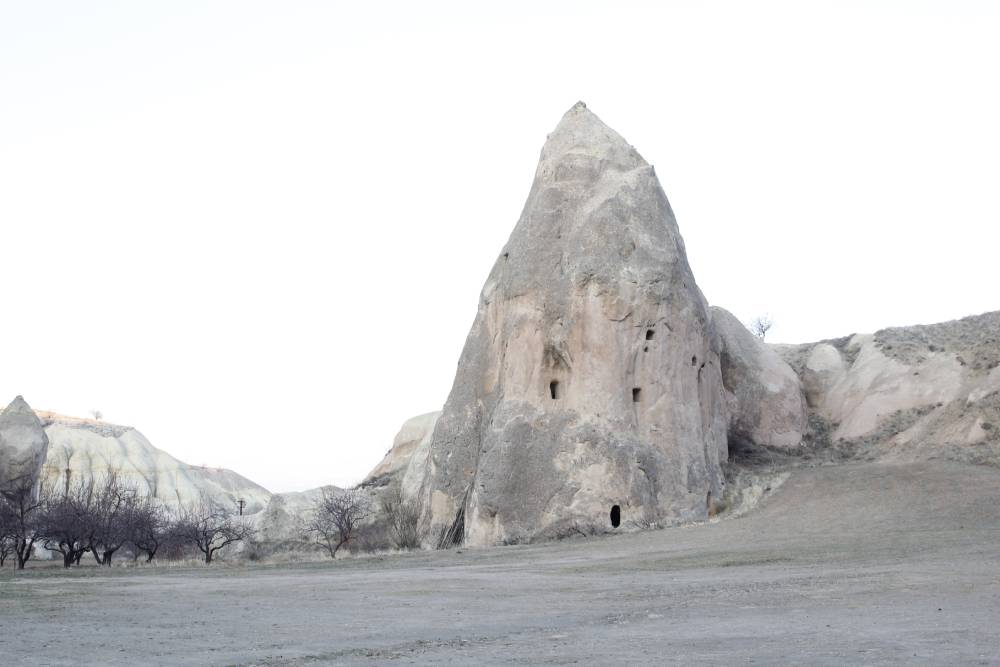 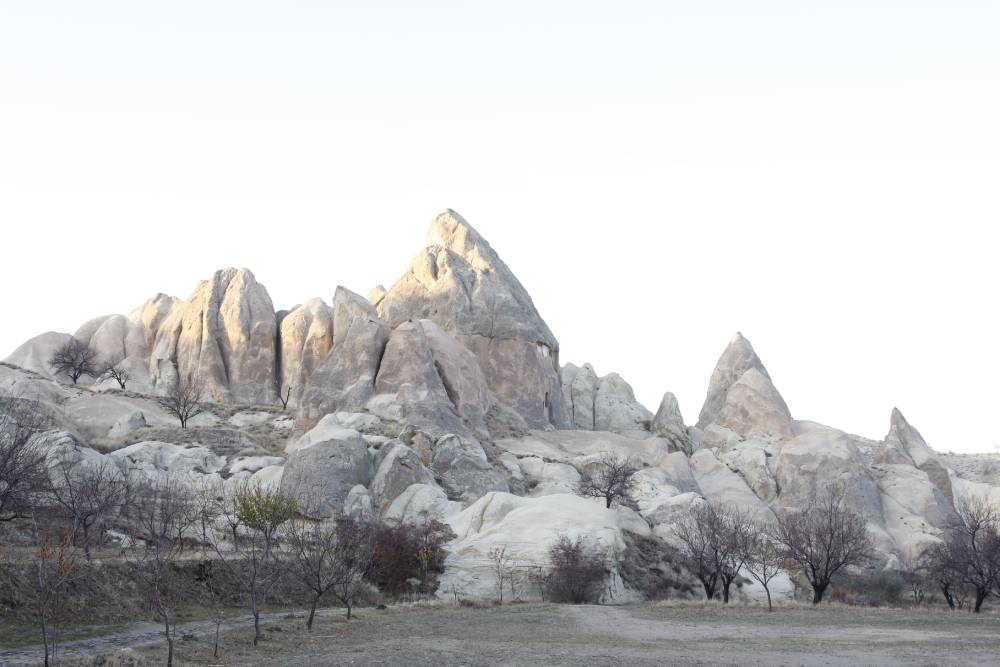 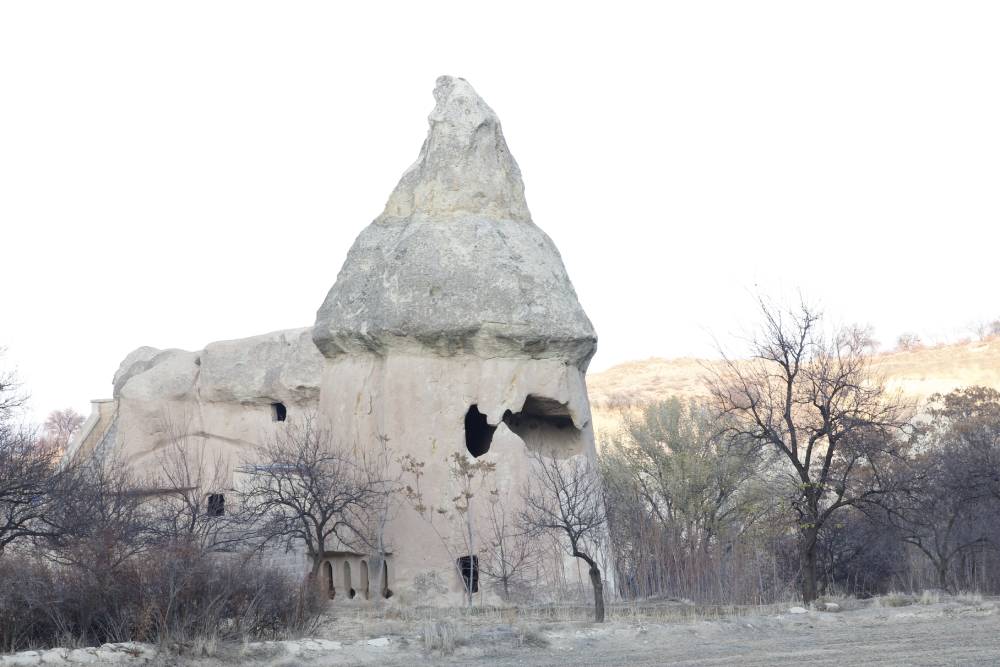 Manastır Valley, located in the south of Mustafapaşa settlement, has churches and monasteries and natural formations. The valley is located in a rocky area formed by numerous conical rock blocks. St. Nicholas Monastery is the most important structure in the valley.

At the time of the Greeks, a silkworm breeding business was established opposite the St. Nicholas Monastery with the efforts of the village’s leading families. The enterprise, which was established under the monastery’s name, sent the yarns produced from silkworms to Istanbul. All the lands such as vineyards, gardens and fields around the monastery belonged to the monastery. It is also stated that the monastery had horses and some farm animals and a bakery, and some other real estate in the village. The Nikolaos association, which the village leaders founded, was also located here. The association determined the amount of support to be given to necessary points, especially to schools and the poor. The Greeks in the village had a tradition of gifting property to the monastery of St. Nicholas before they die.

The monastery also had a library with a rich archive. In the 1920s, the library contained translations and classical works from Europe.

At the entrance of the valley, on the right, is the Church of St. Stefanos. Further down the road is the monastery of St. Nicholas, the most important structure of the valley. Another important religious structure in the valley is the Saint Prodromos Monastery Church, known as the Sinasos Monastery. It is a complex structure made by carving the whole of a conical rock mass, located approximately 50-60 meters south of the St. Nicholas Monastery. On the conical rock opposite the rock where the St. Prodromos Monastery Church was carved, there is St. Barbara Church. The Church of St. John the Theologian is carved into a conical rock in the southeast of the rock mass where the Nicholas Monastery was carved.