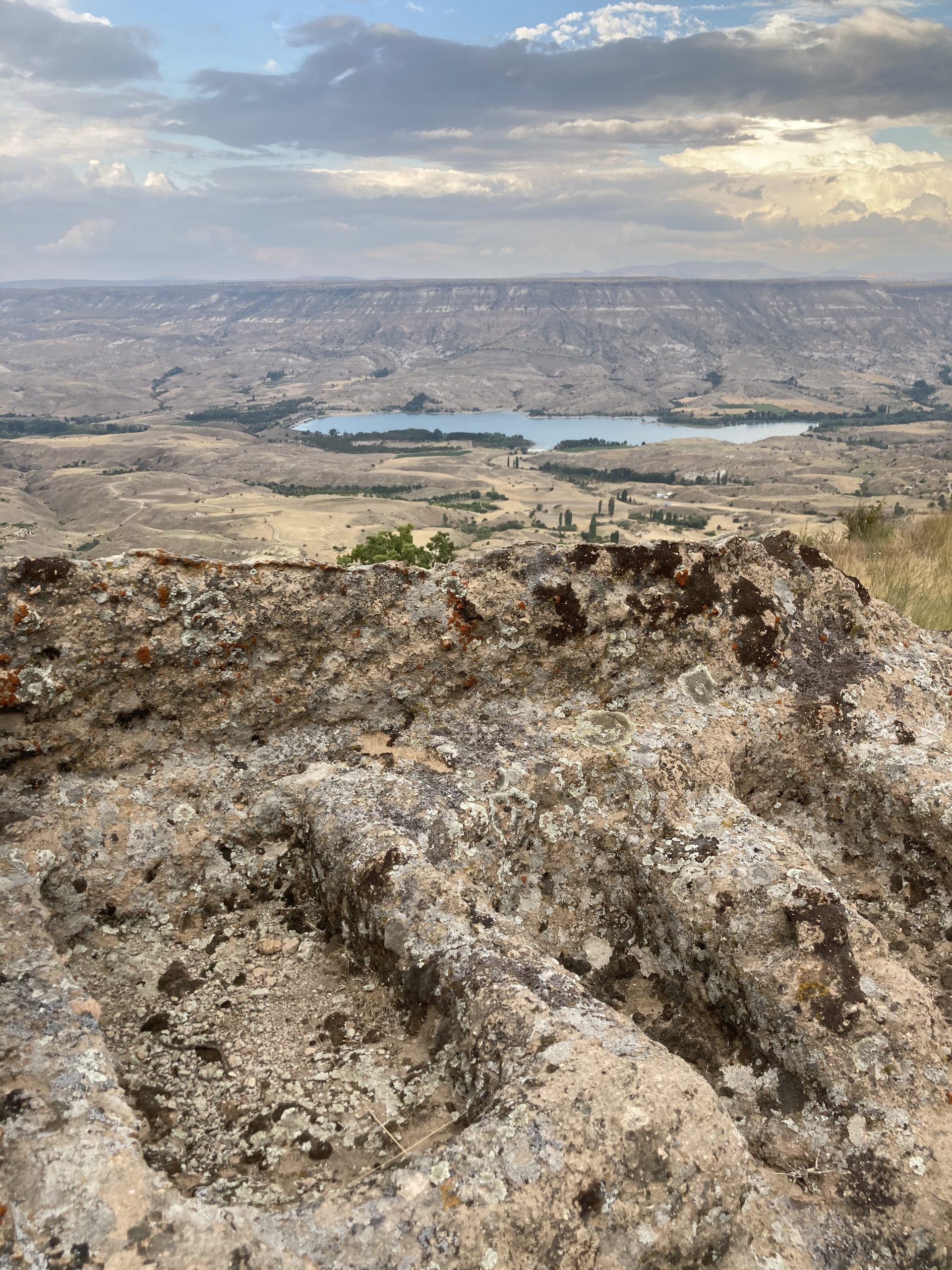 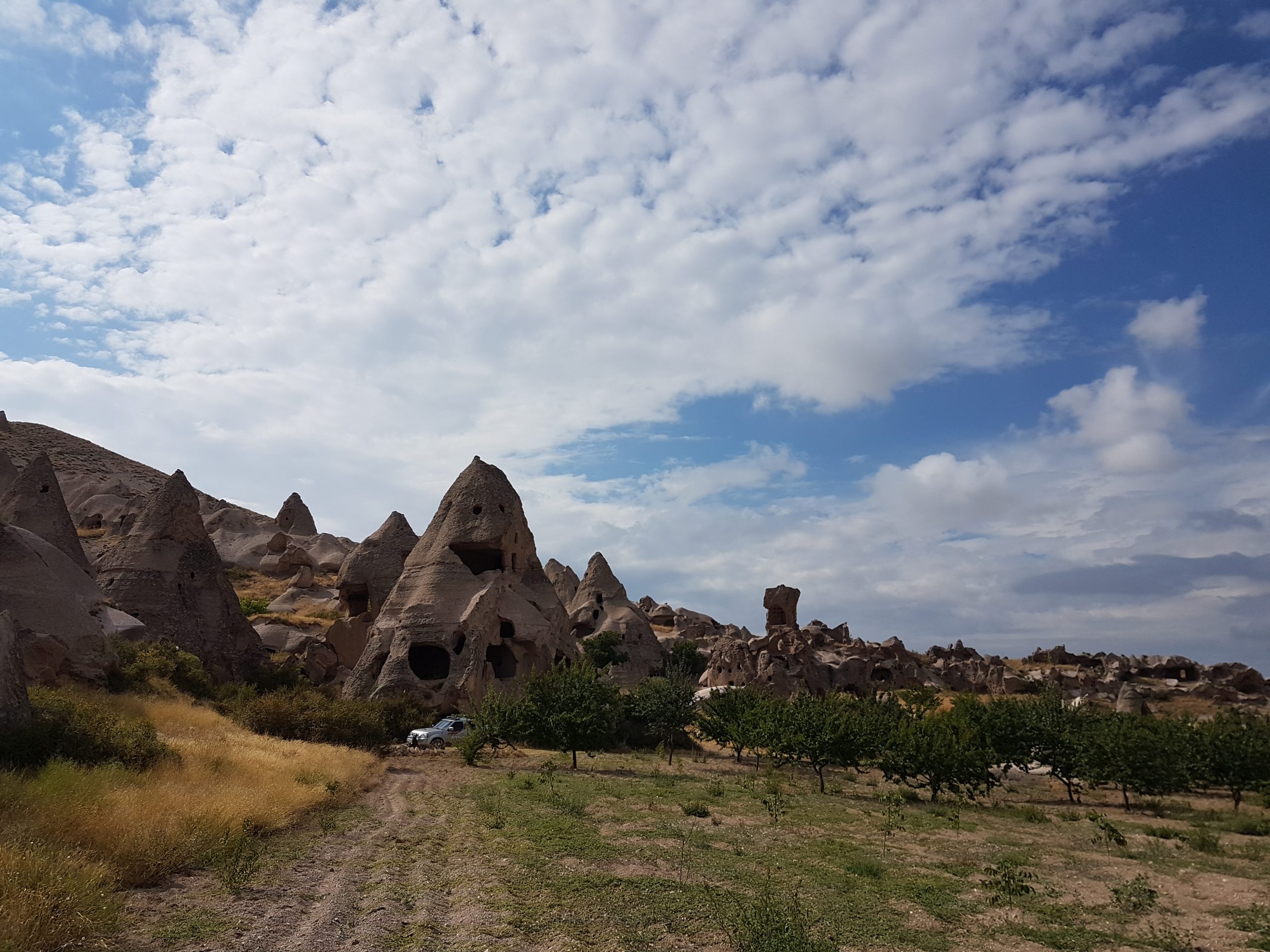 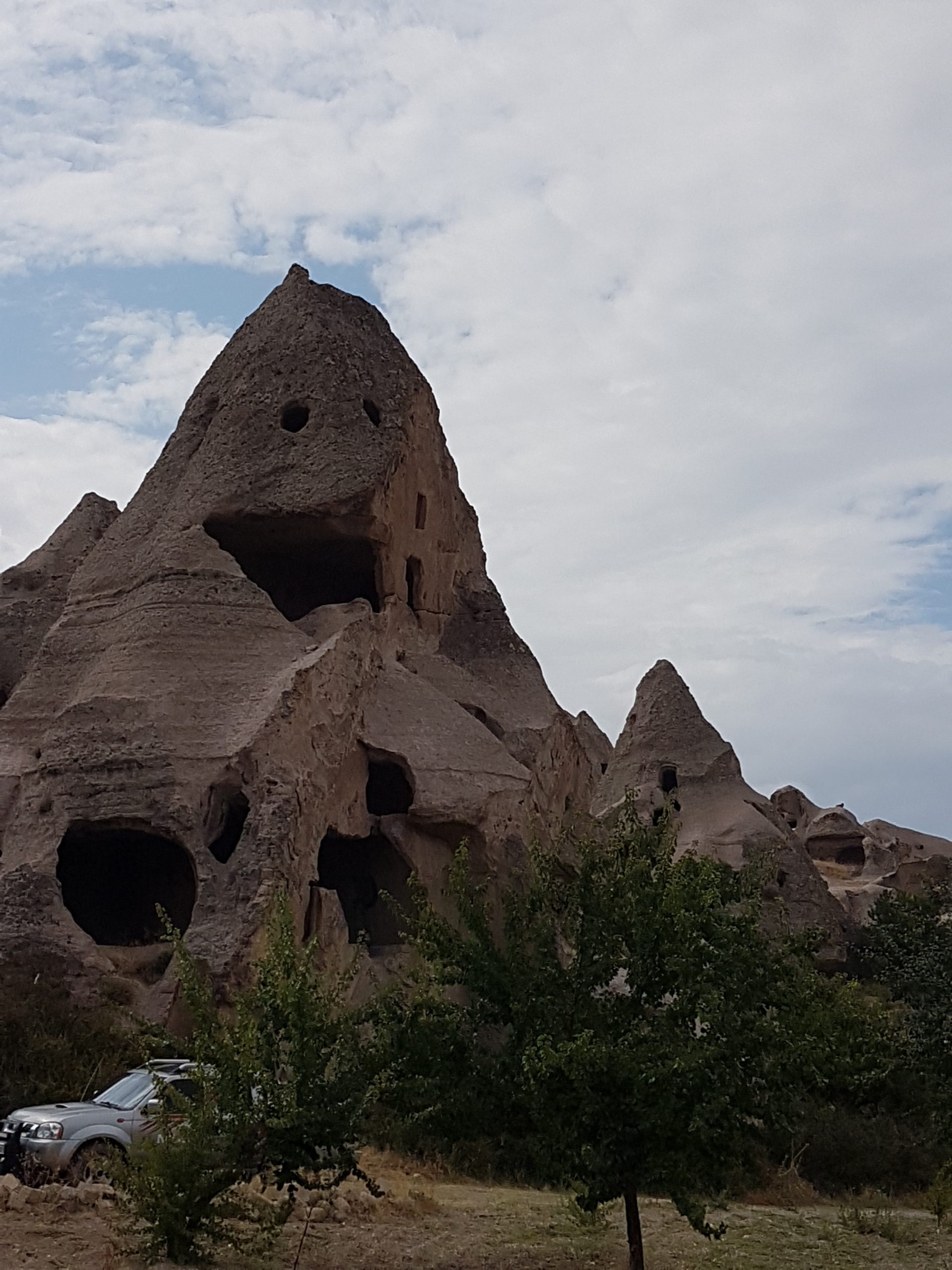 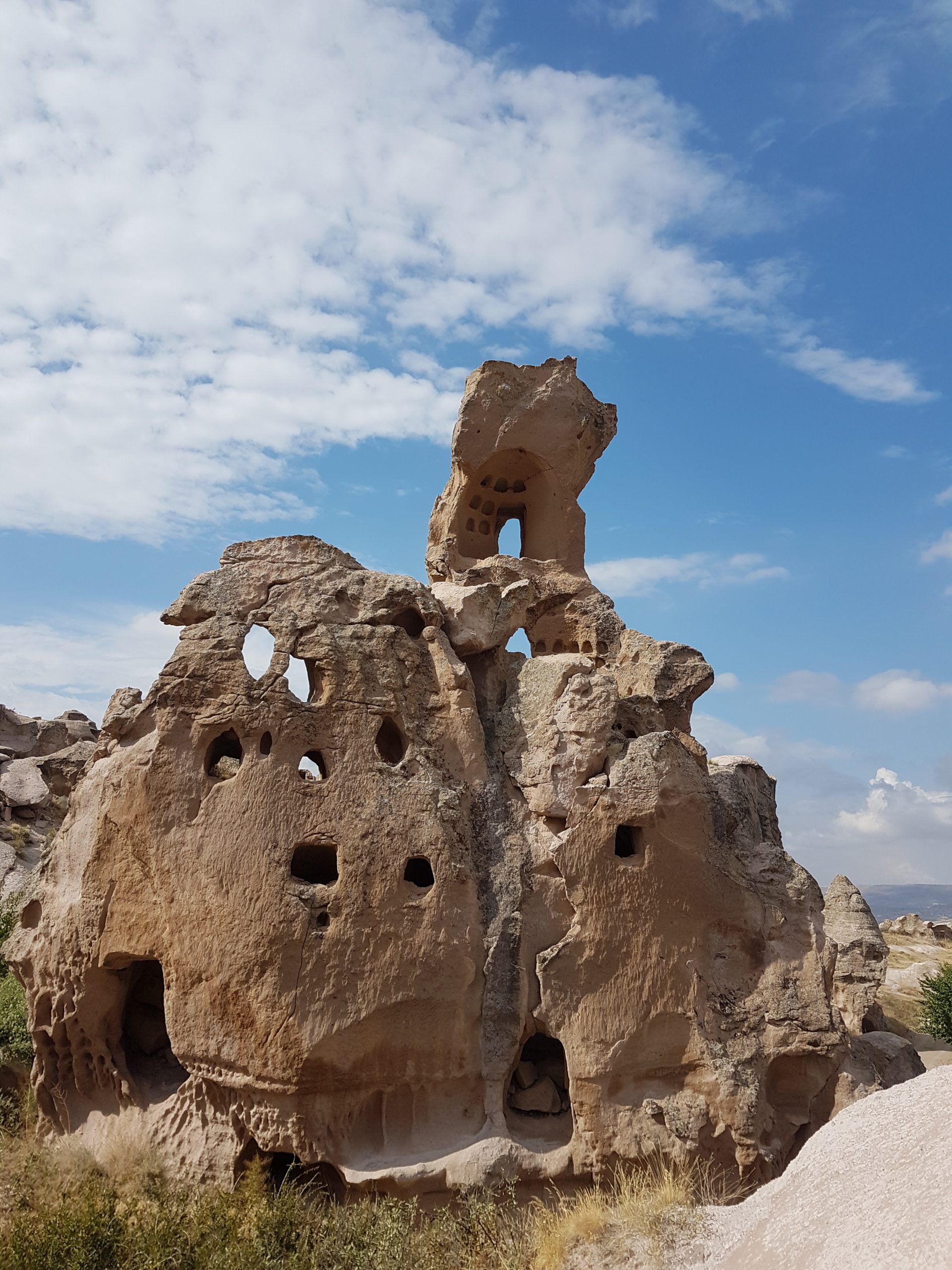 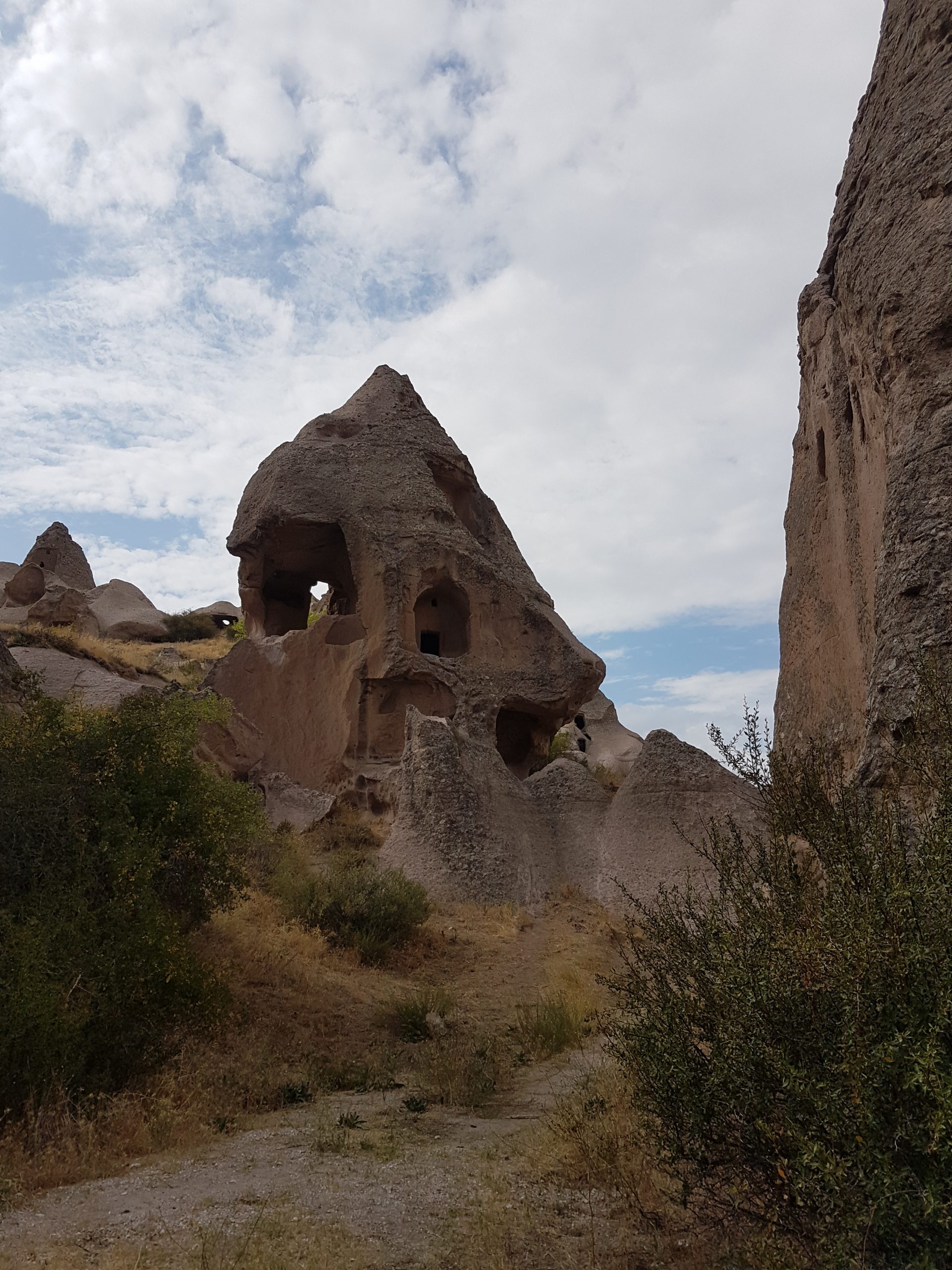 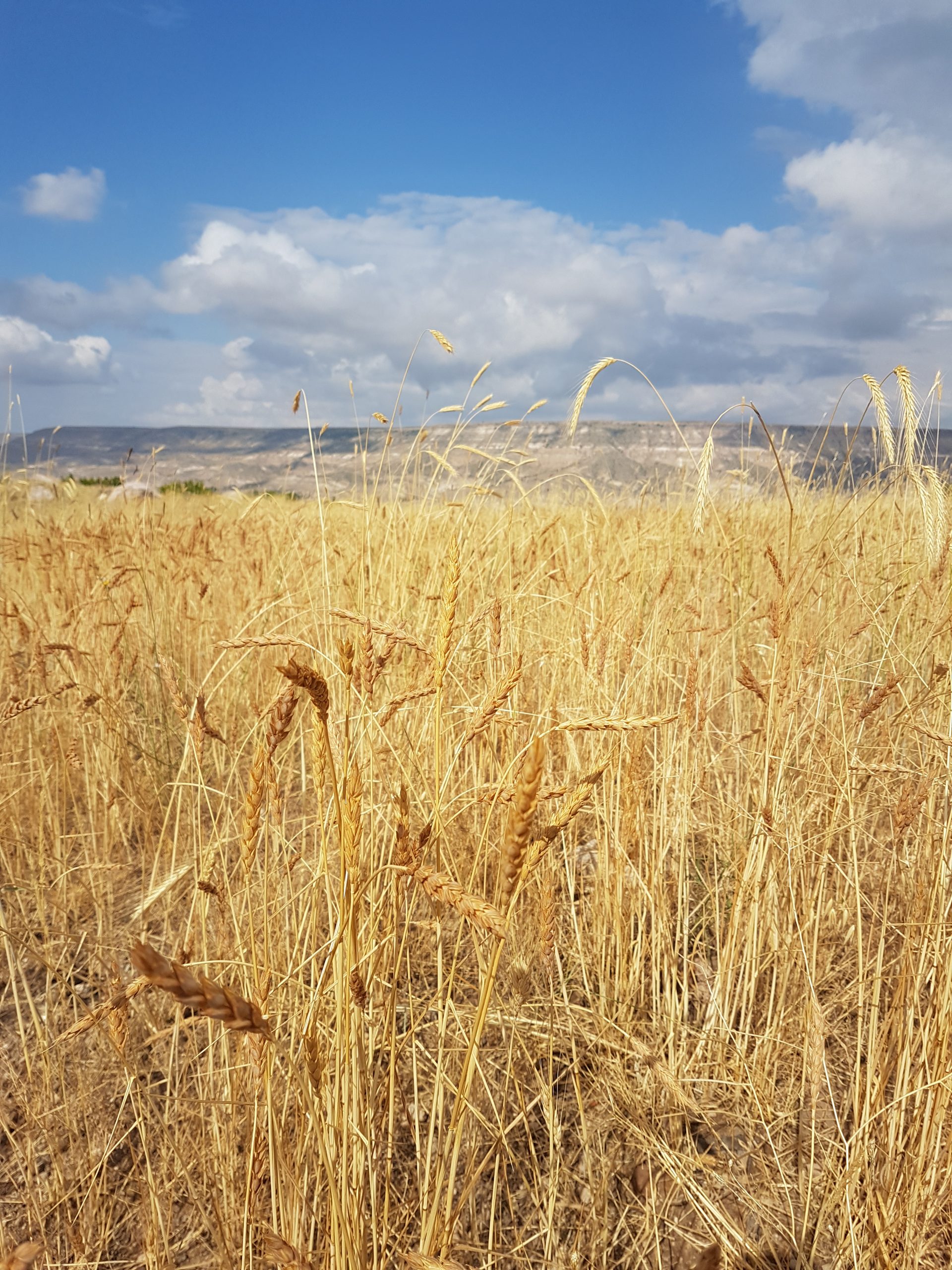 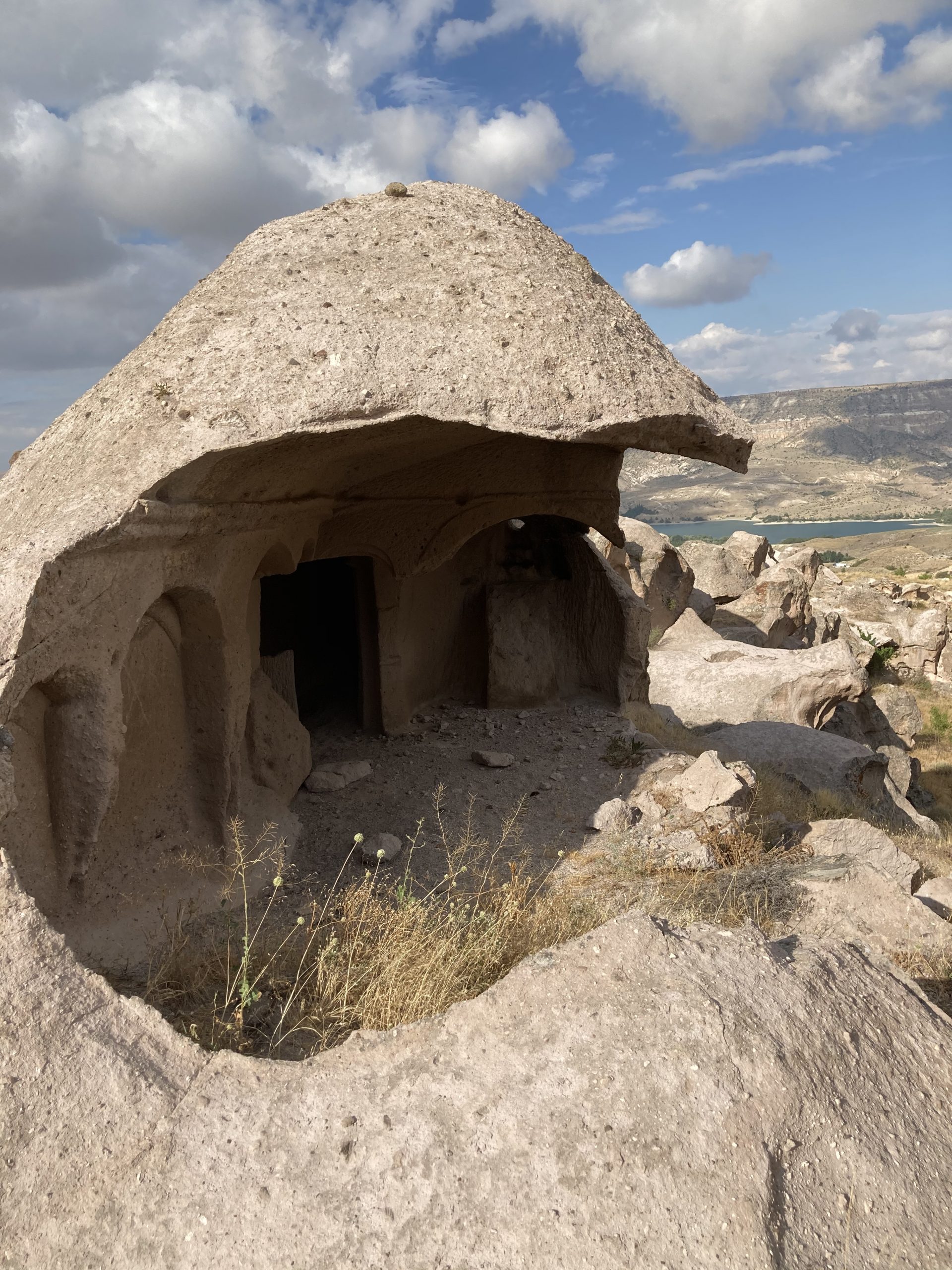 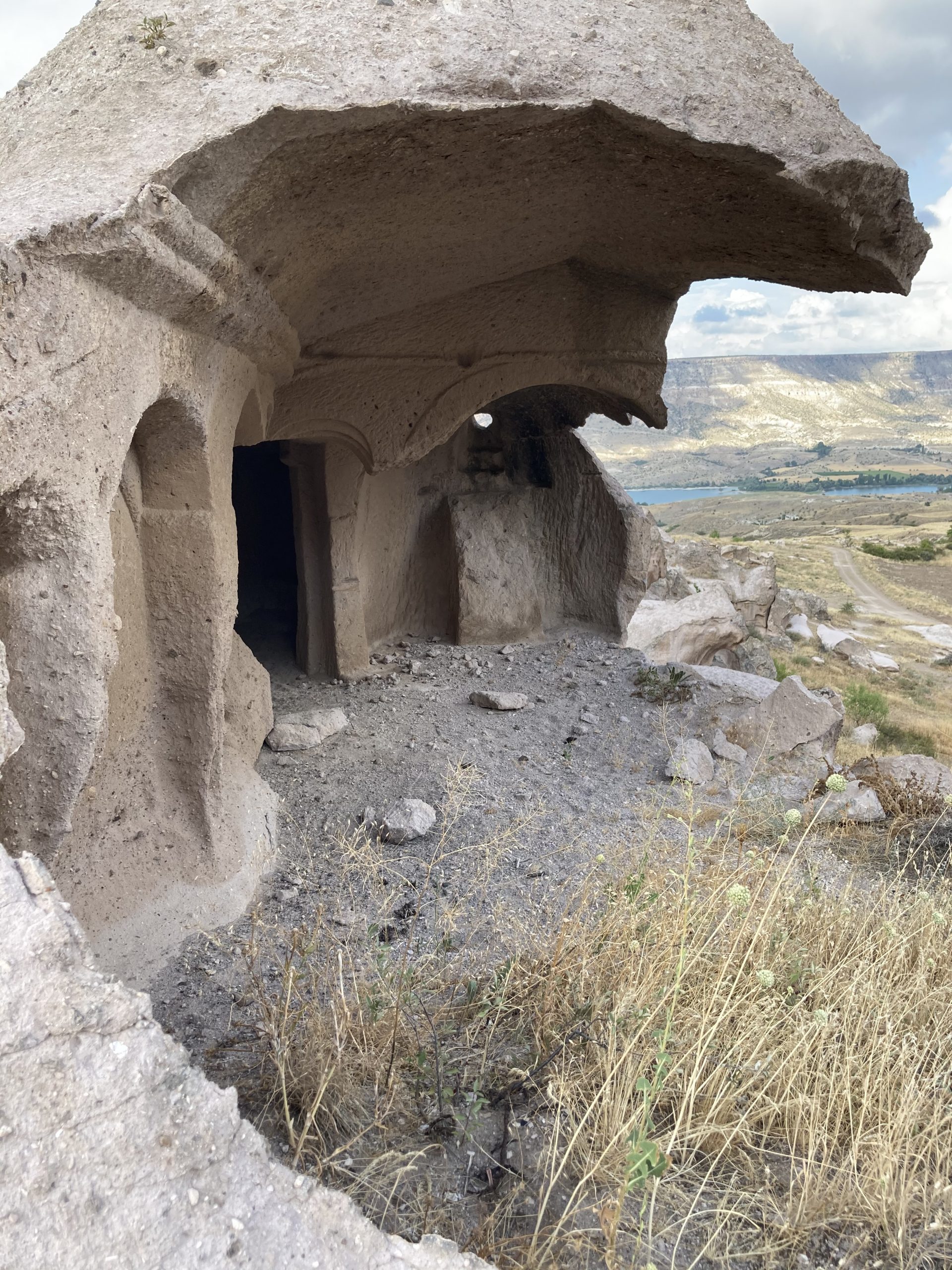 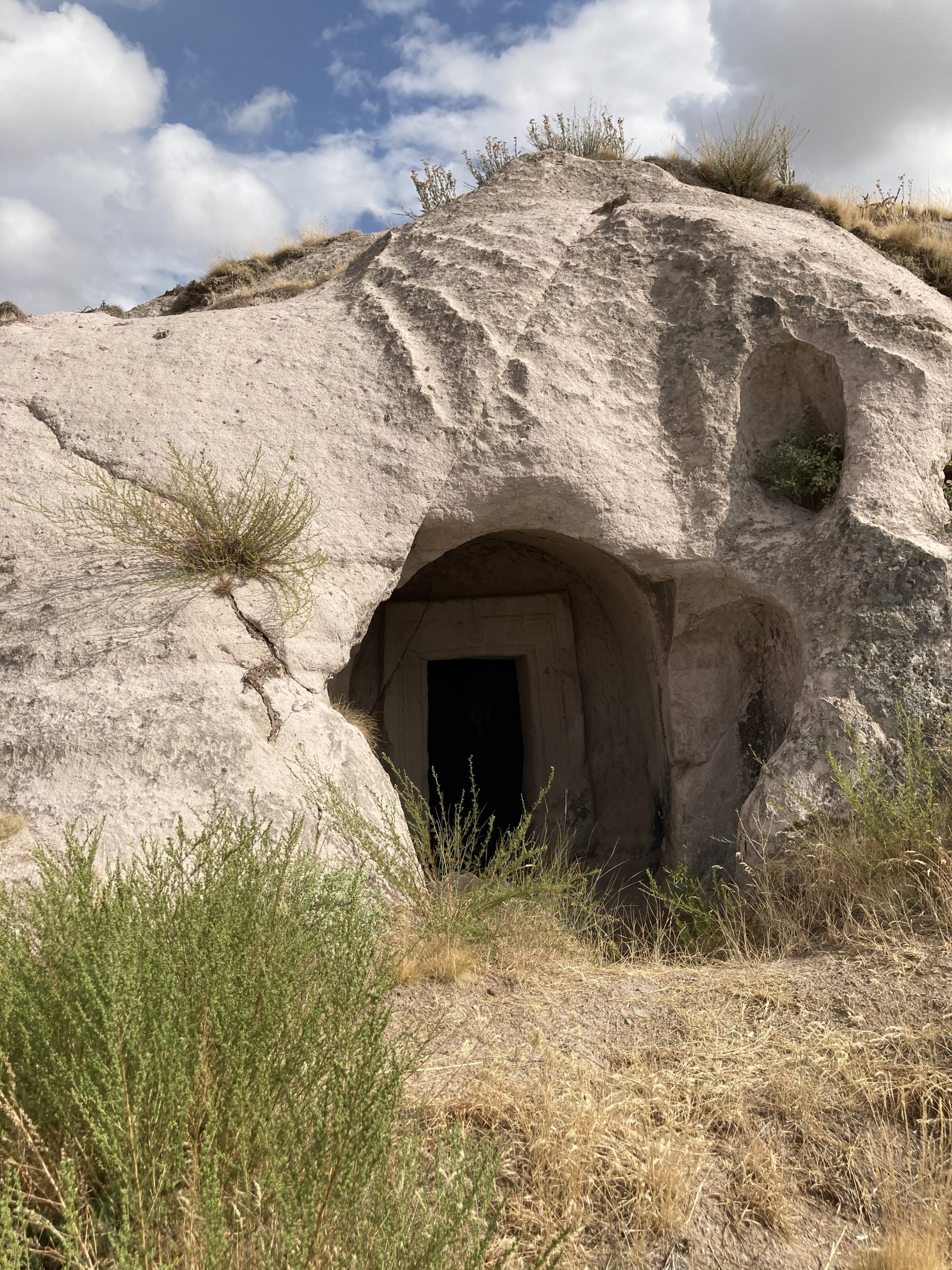 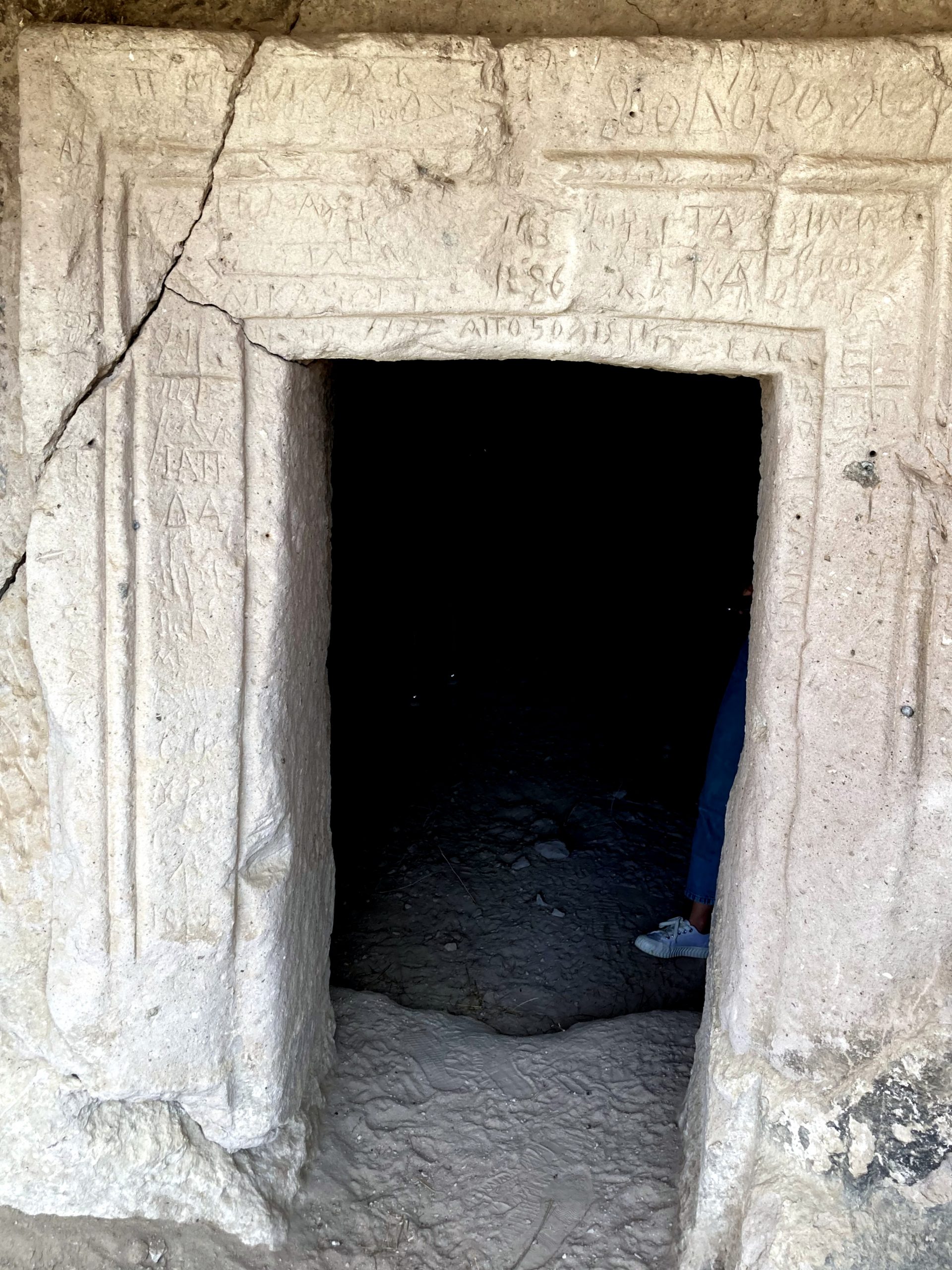 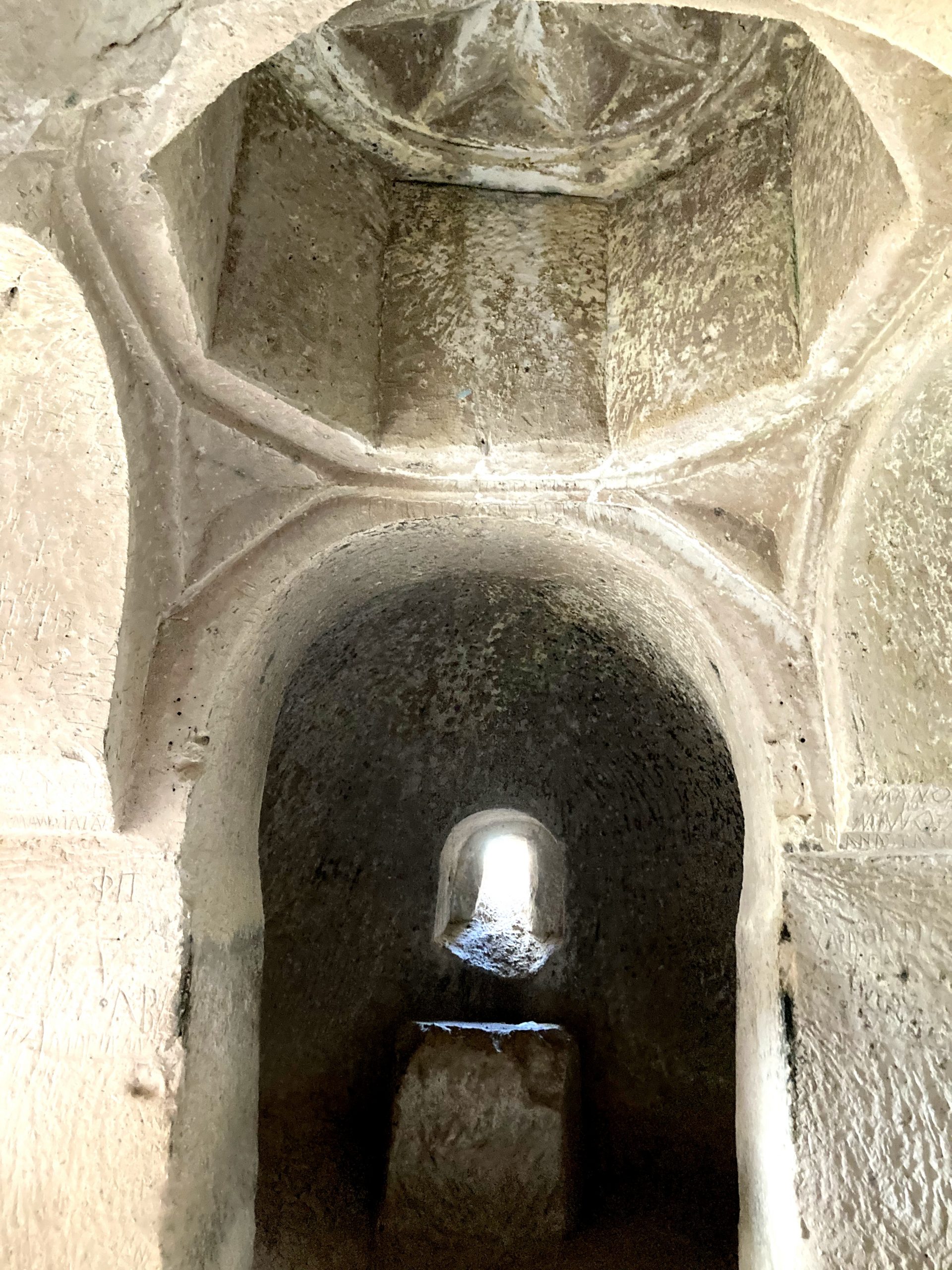 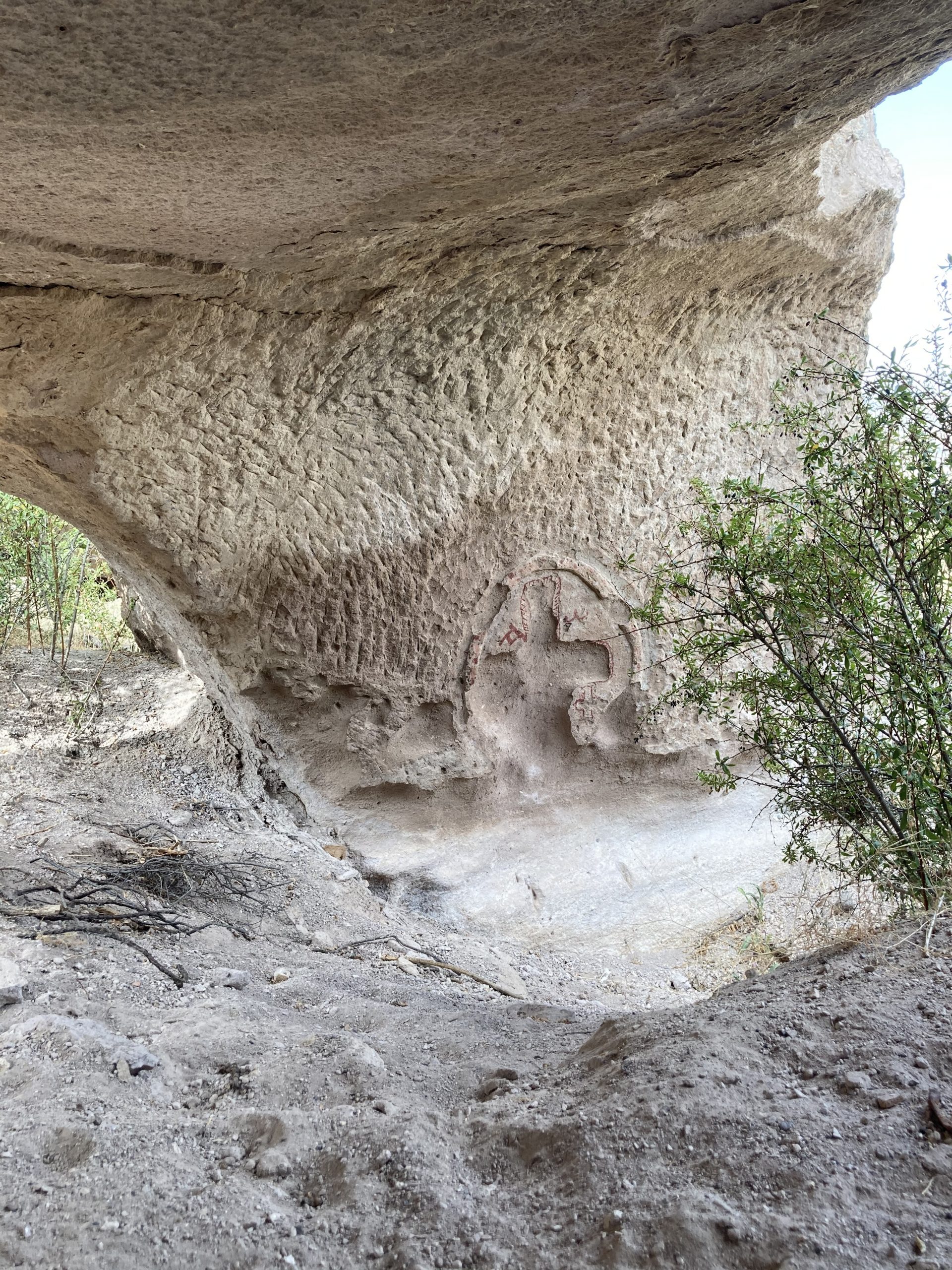 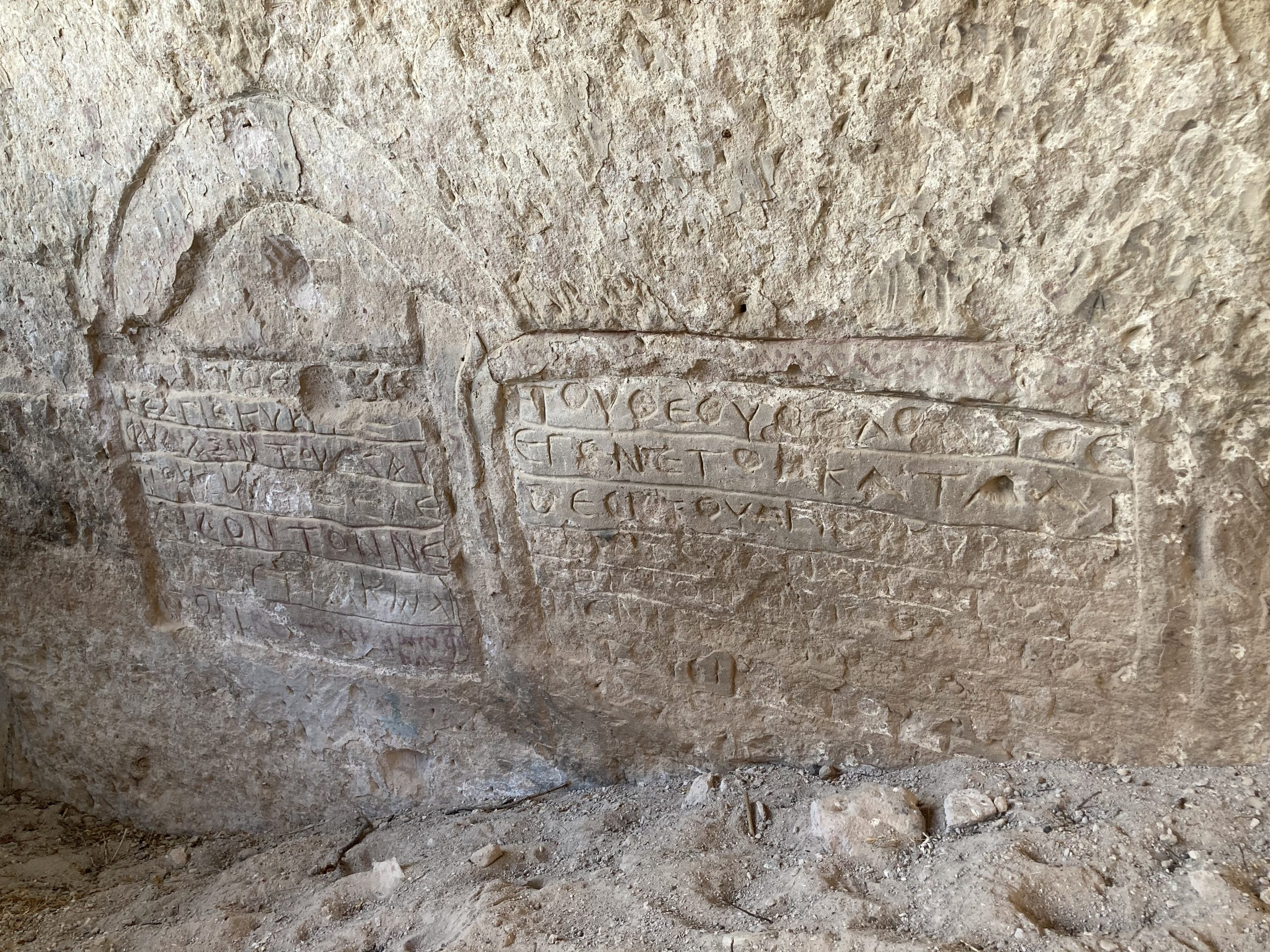 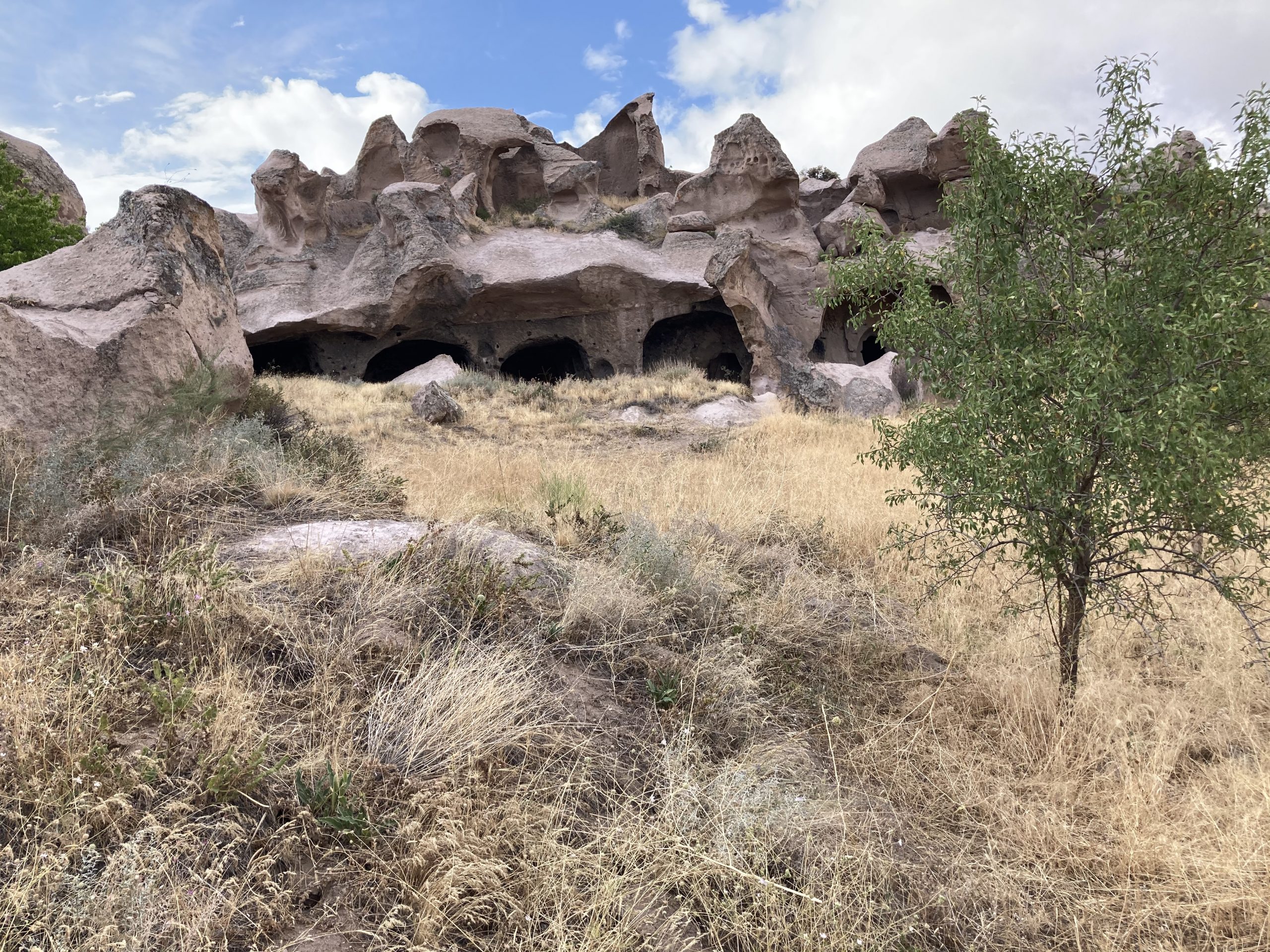 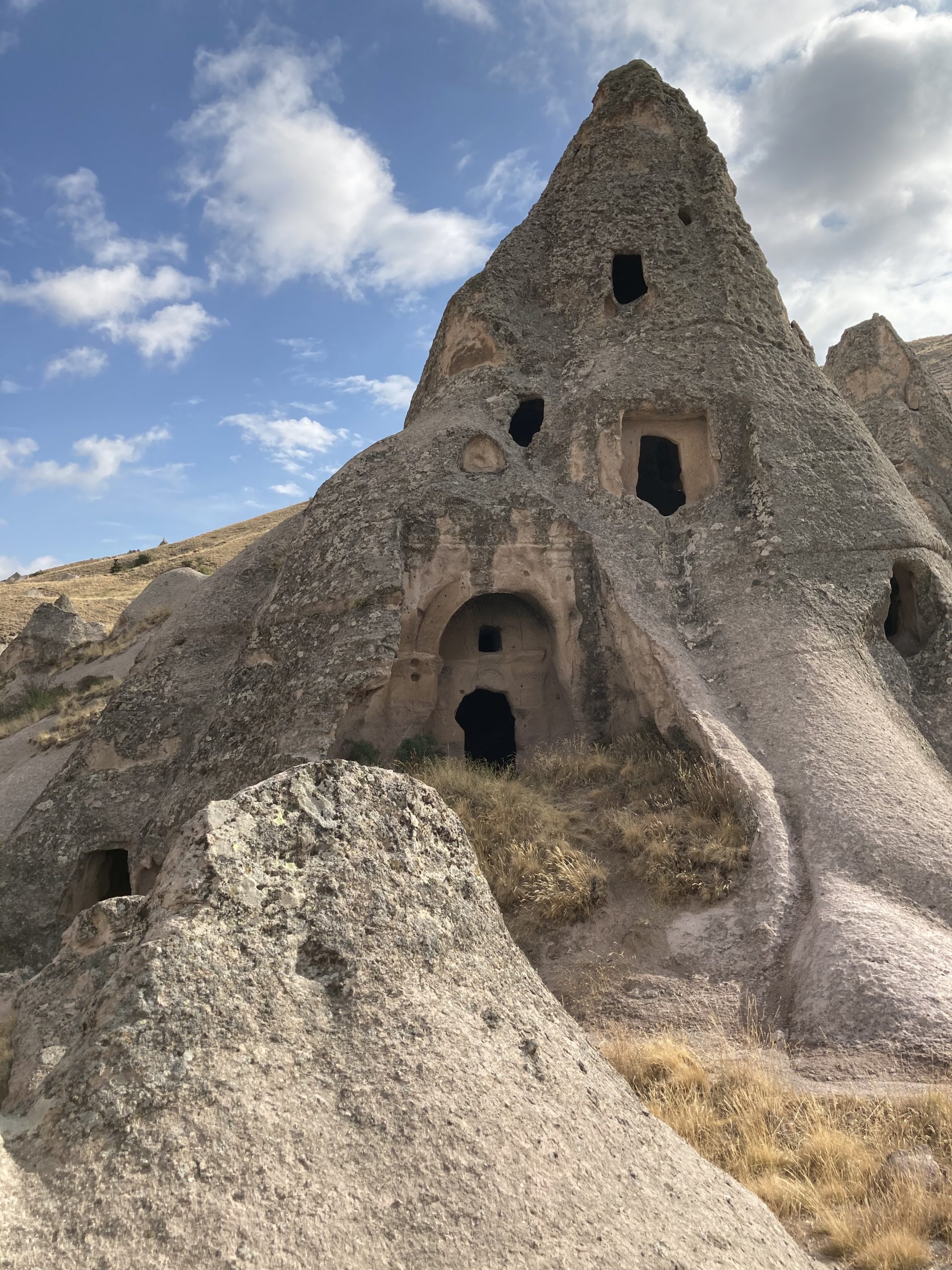 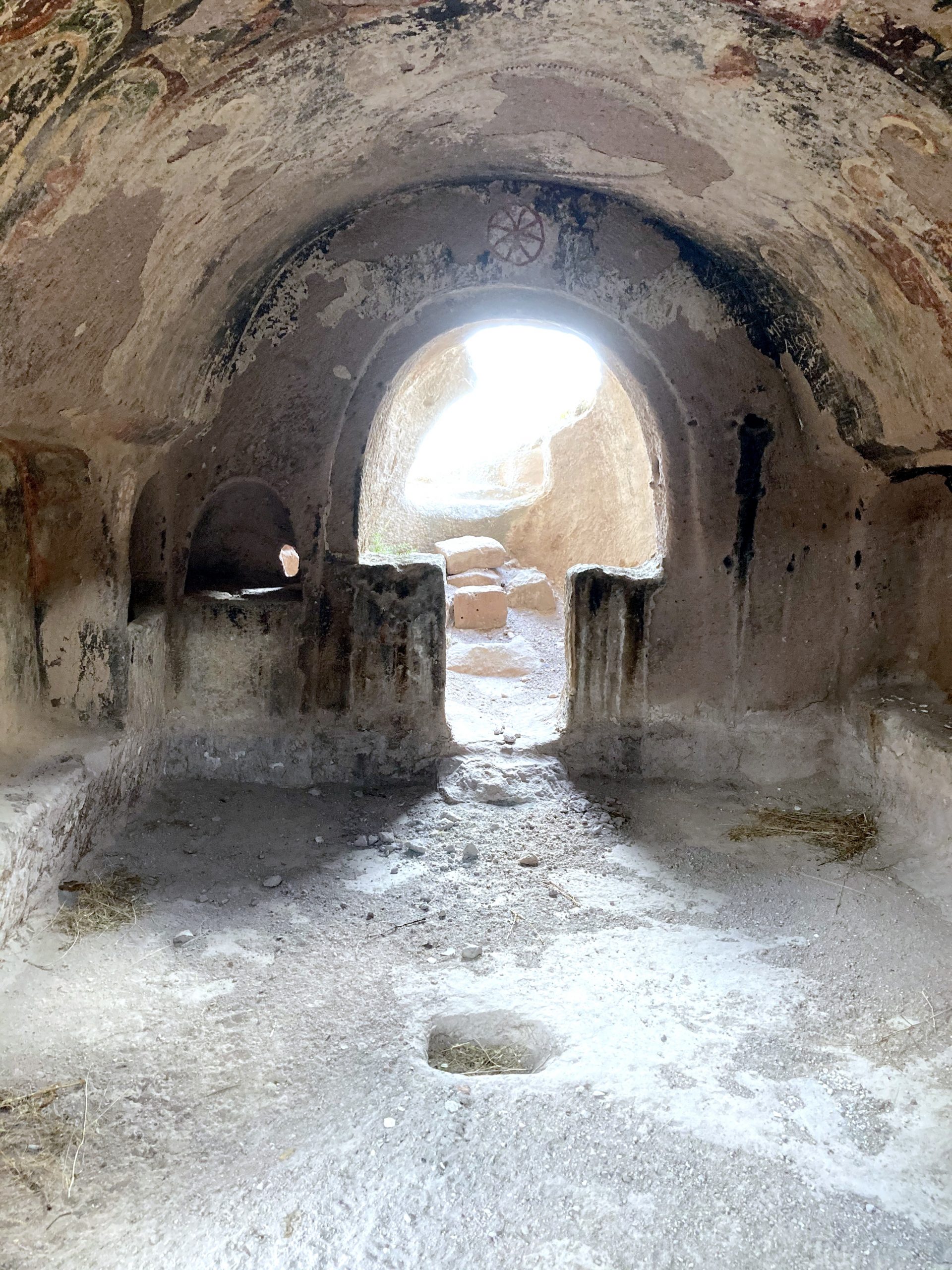 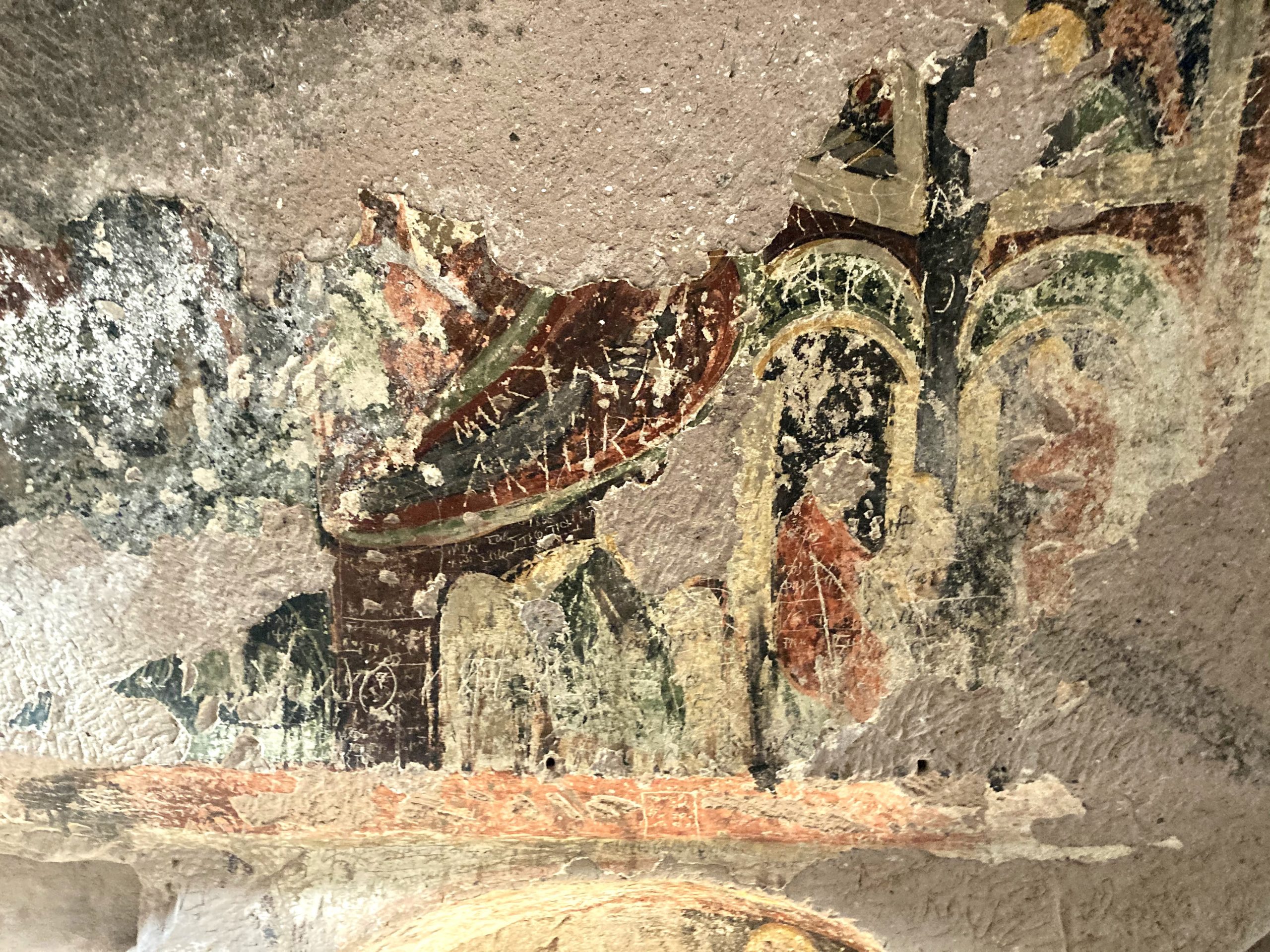 Gorgoli is an ancient settlement located approximately 5 km south of Mustafapaşa; it is commonly called “Golgoli”. The settlement’s name must have been derived from the Greek word “gorga” that meant “quickly flowing water”. The “Gorgoli Ruins” are located at the foothills of Gorgoli Valley. At the top of Gorgoli hill, also known as the Virgin Mary (Panagia Mountain), was the Virgin Mary church (19th century), of which only ruins have survived to the present day. On the hill, an old settlement, various places are carved into rocks of different sizes. It is known that Greeks, especially young people and newly married couples, stay on the hill for two weeks in summer. It is rumored that those who will stay there take musicians with them, and music and dance activities are held during this fifteen-day holiday (Stamatopoulos, 1985).

In the settlement of Gorgoli, there is a holy spring, a group of cemeteries, some of which are Roman tombs reused in the Middle Ages, rooms, a dovecote, and churches built during the Byzantine and Ottoman periods. Almost all the conical rocks here were carved to be used as houses or churches. Probably there are not as many Greek graffiti inscriptions in the area as at Gorgoli. The Greeks left a trace of the past by carving their names, notes, and dates on many rocks here.

One of the most important churches of the settlement is the Church of St. Ioannis Theologos (Bible Writer John). It is stated that the large-sized and three-nave church carved into the rock contains wall paintings and is in one of the last cones in Gorgoli. At the back of the church is a large room carved into the rock with a rectangular entrance. On the wall opposite the entrance, there is the inscription “The house of God./ St. Rhetor,/ Whether fruitful or barren, Protect the righteous/ June 1447”. There are other ruined country churches near the church. One of the mentioned churches is the Three Bishops Church (Balta, 2005).