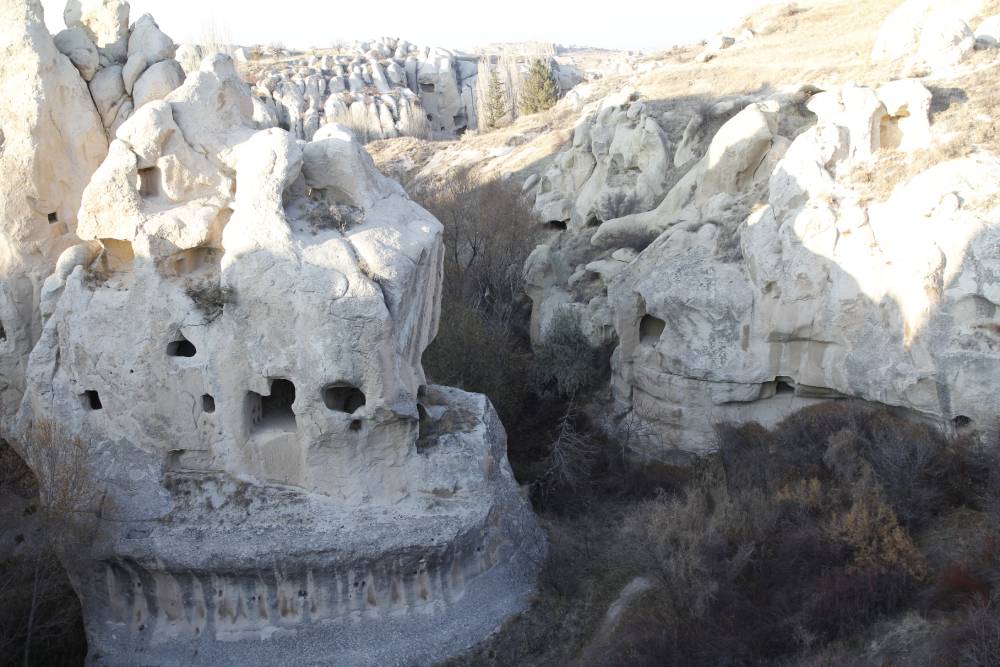 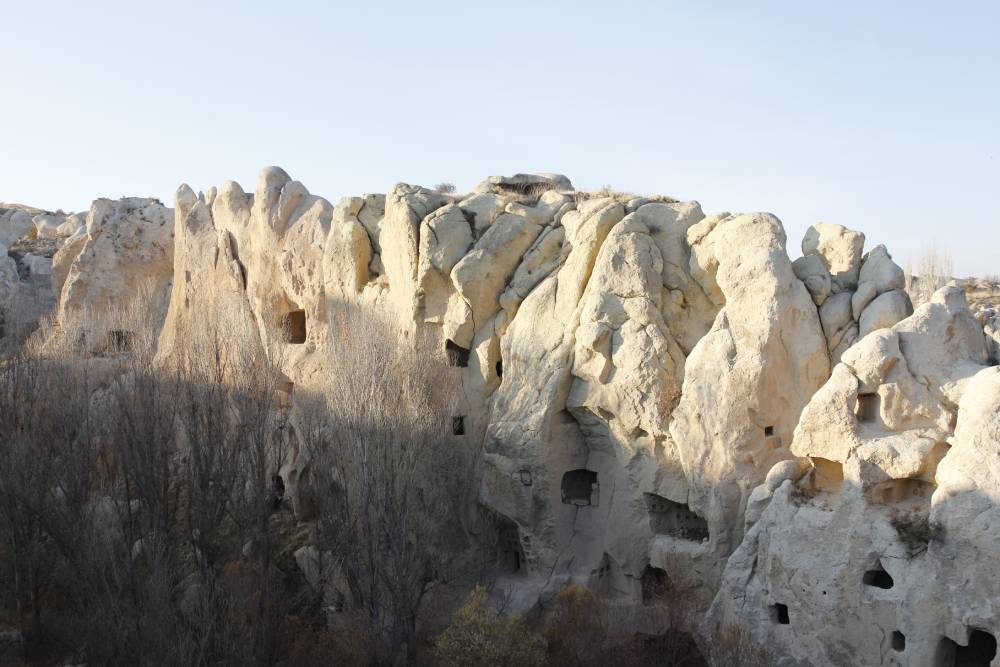 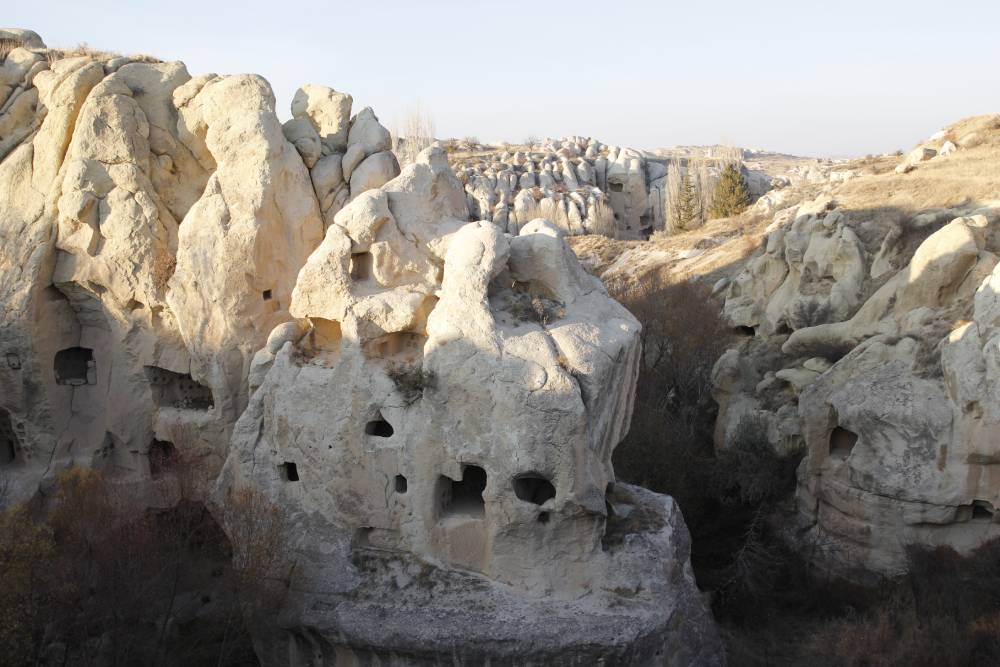 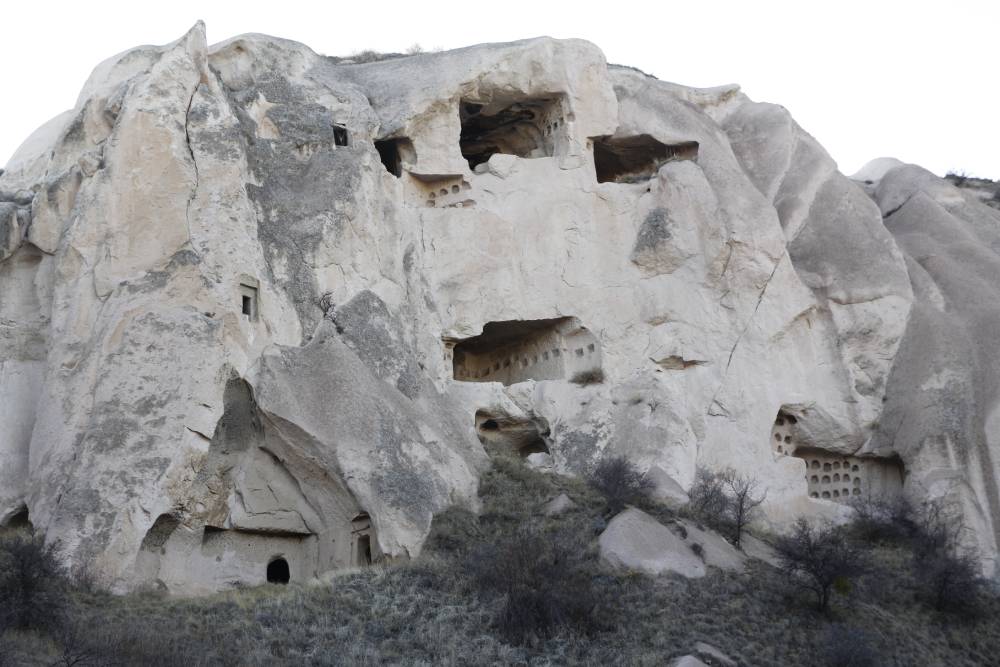 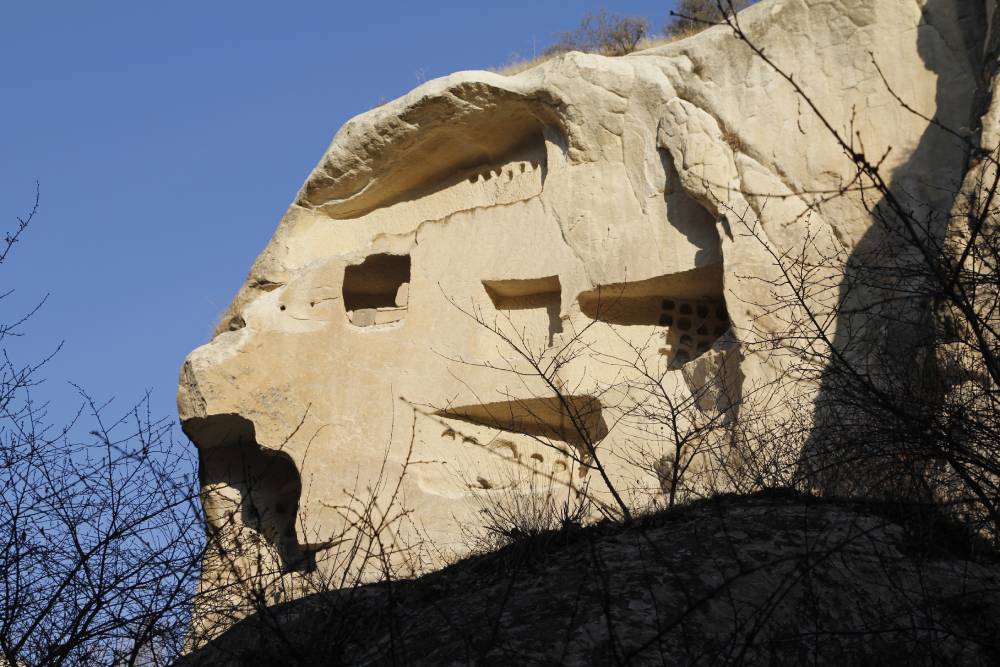 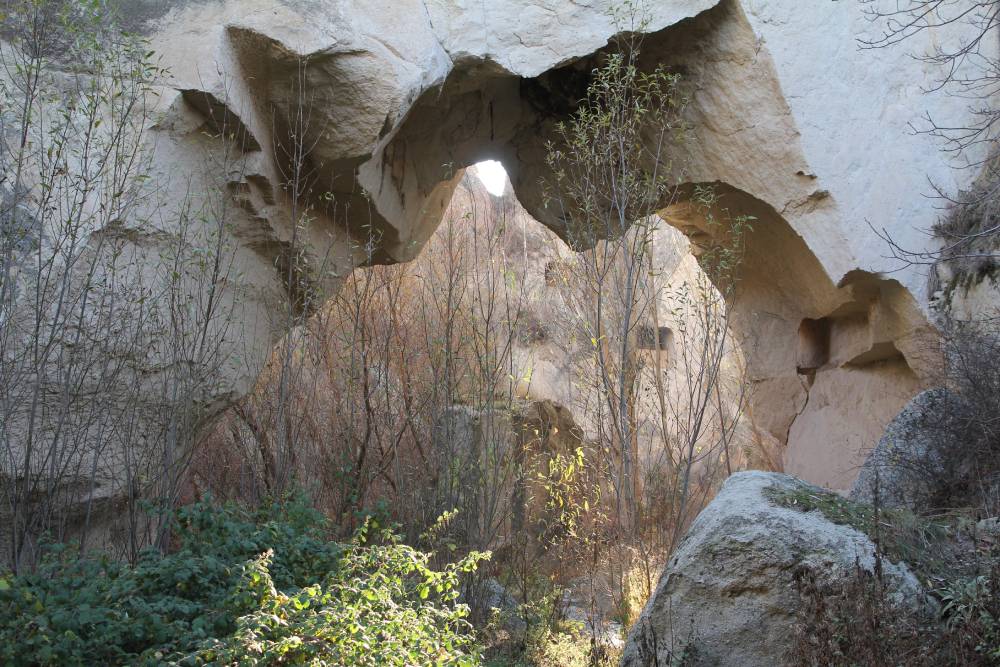 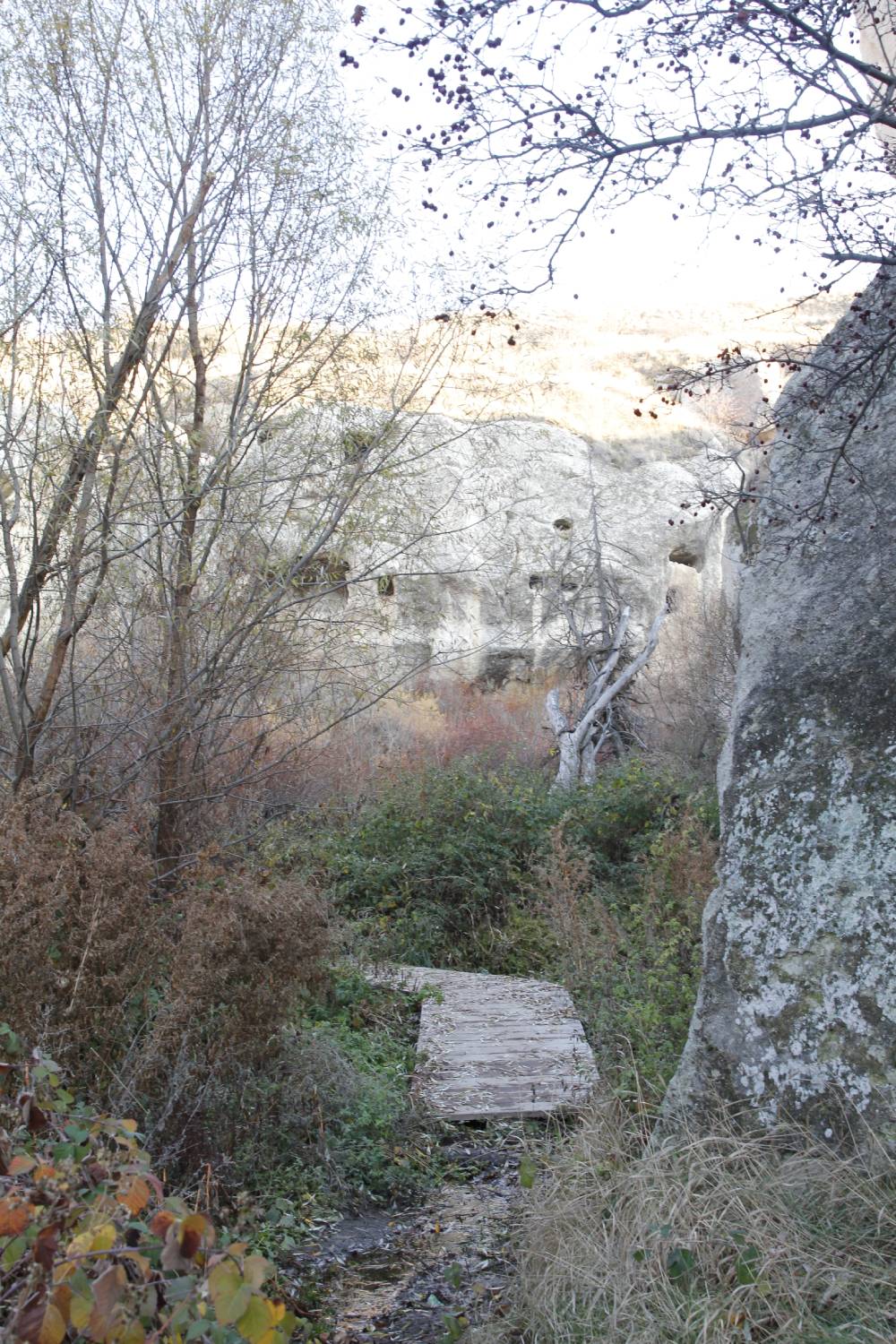 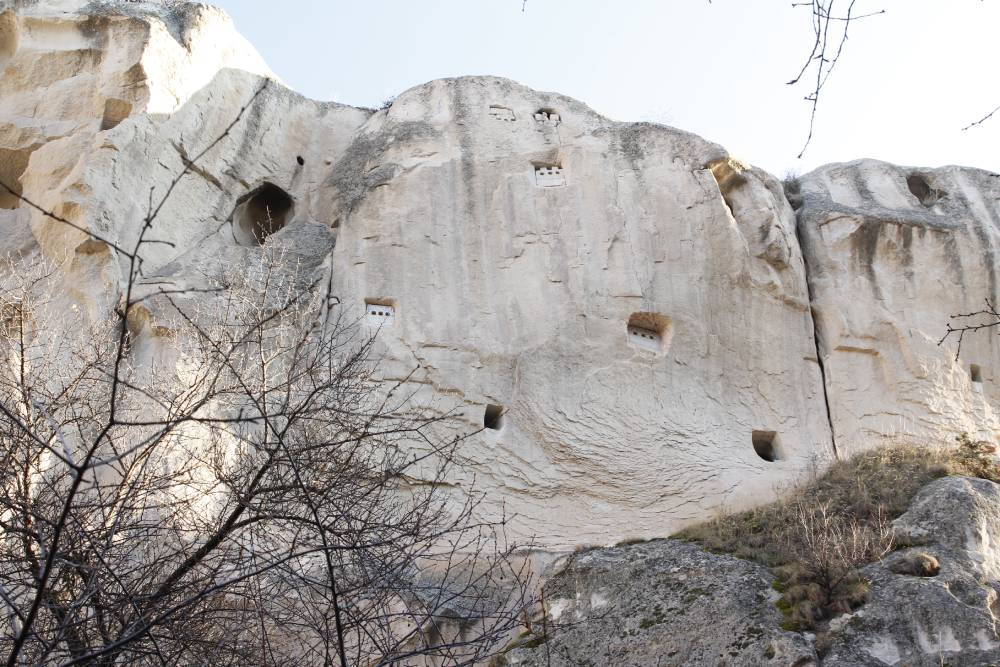 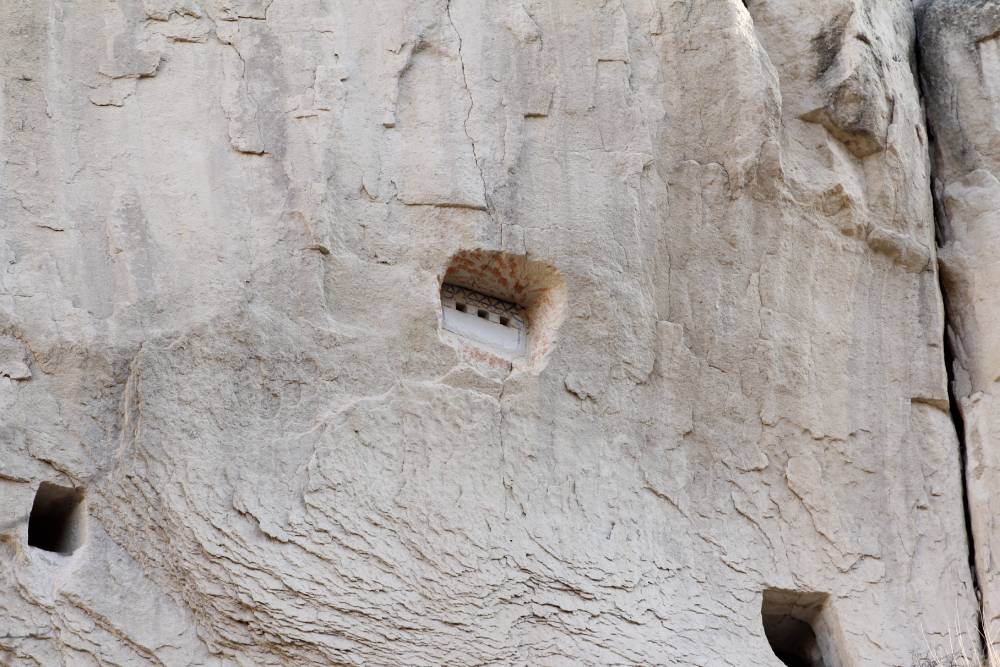 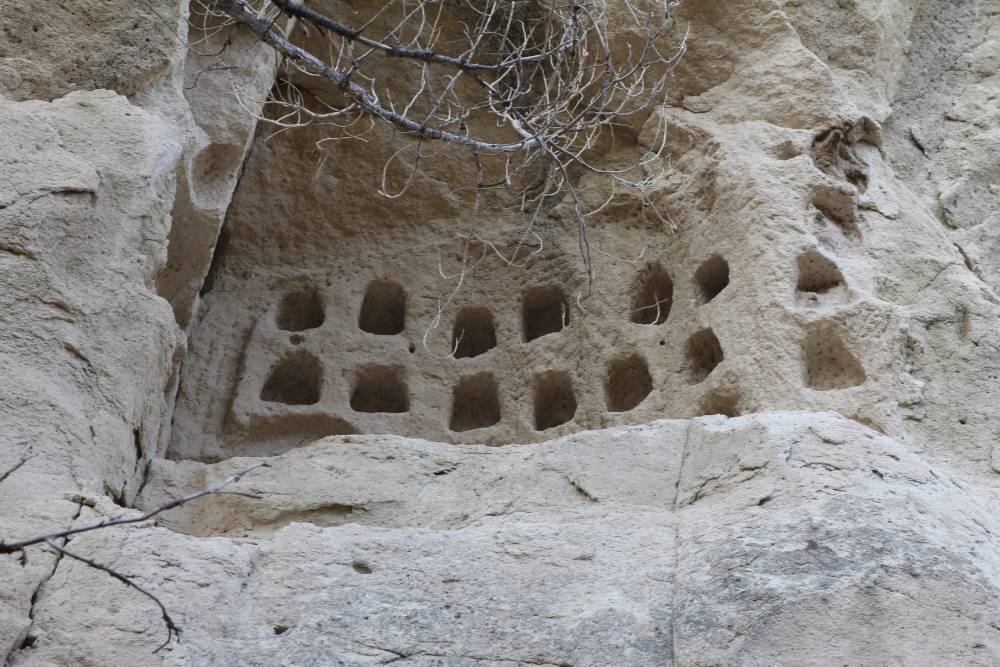 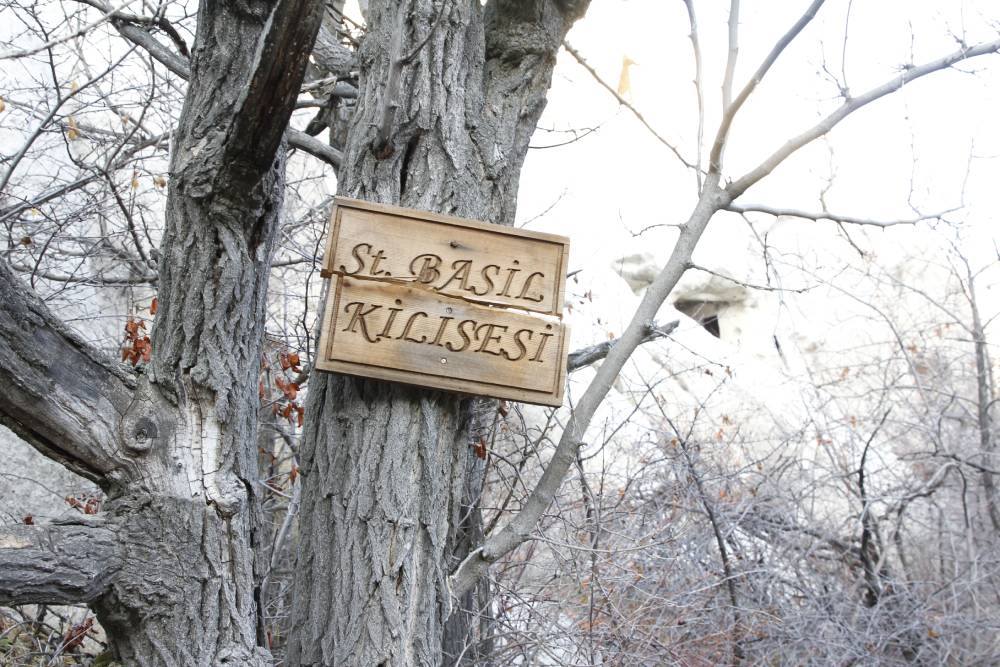 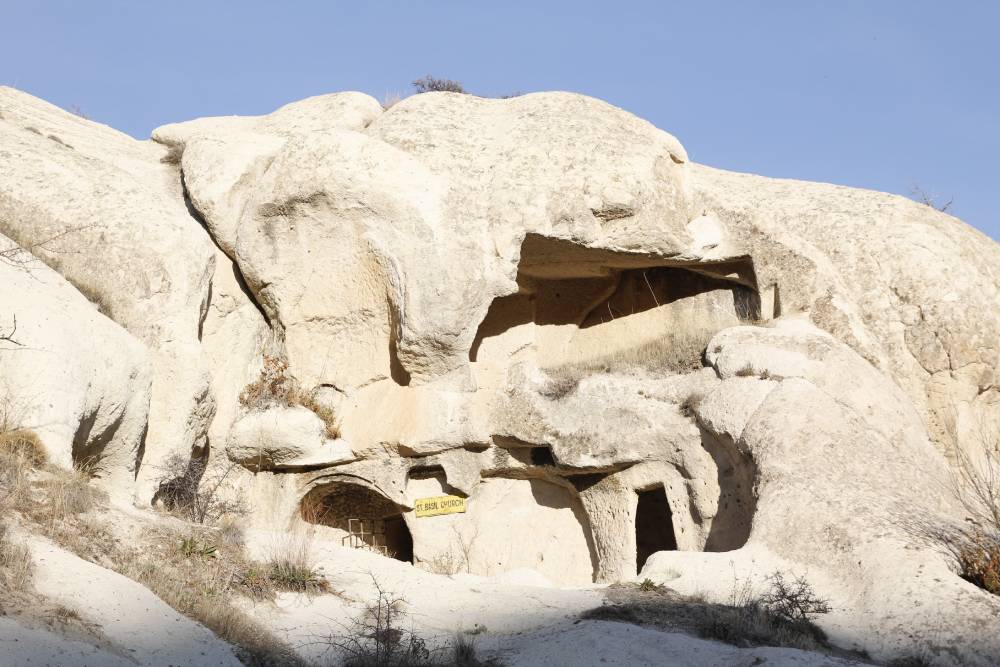 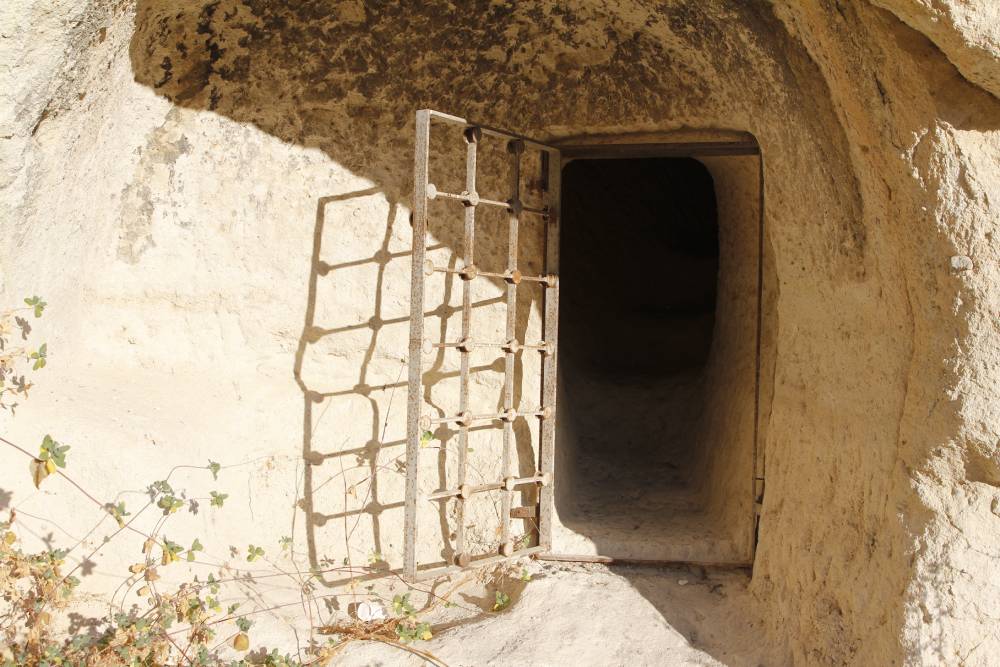 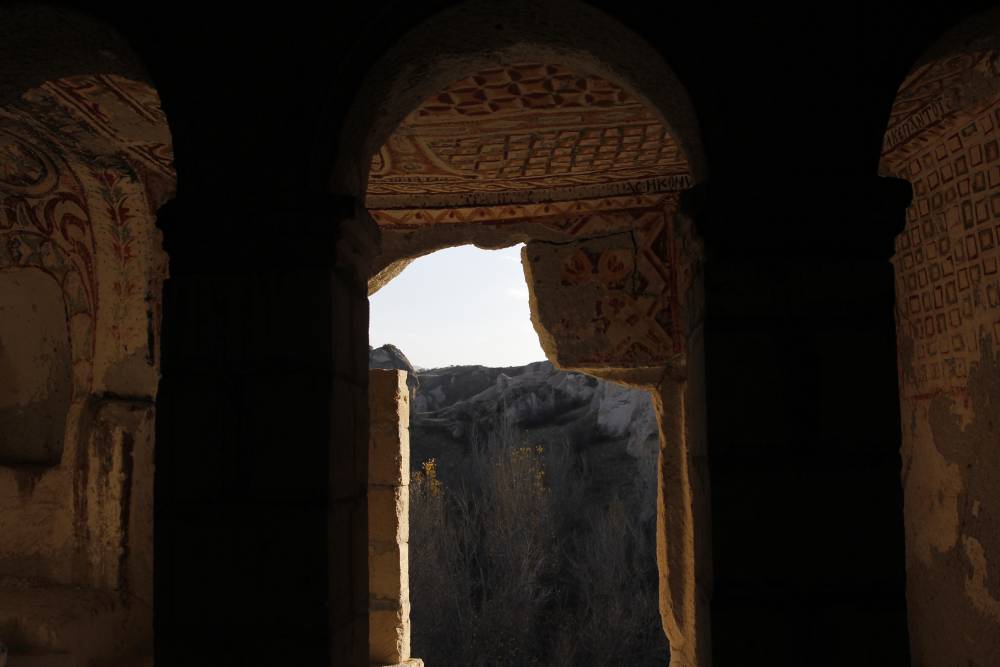 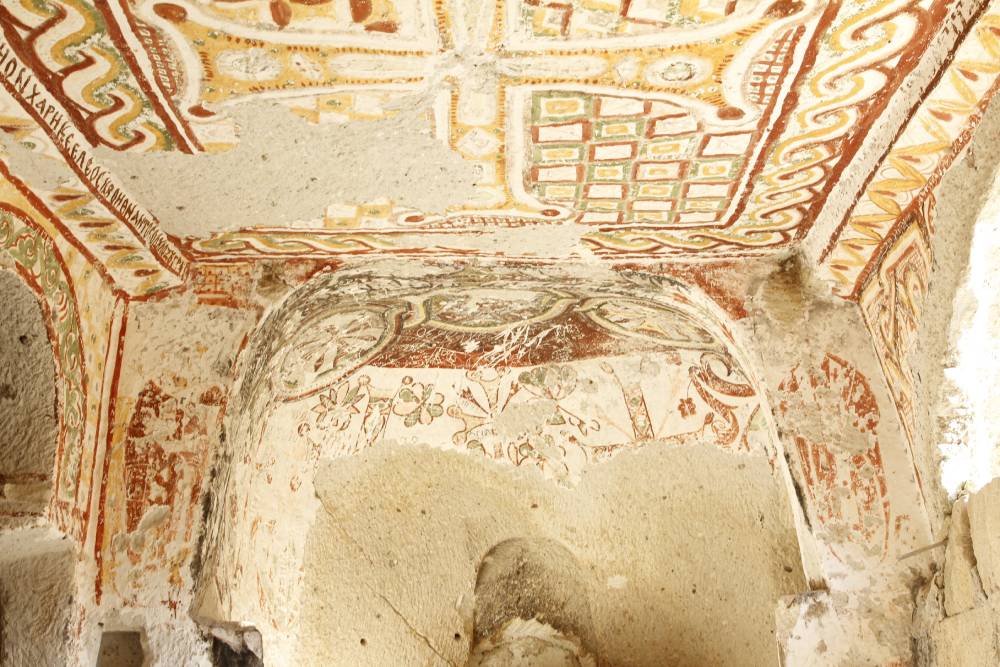 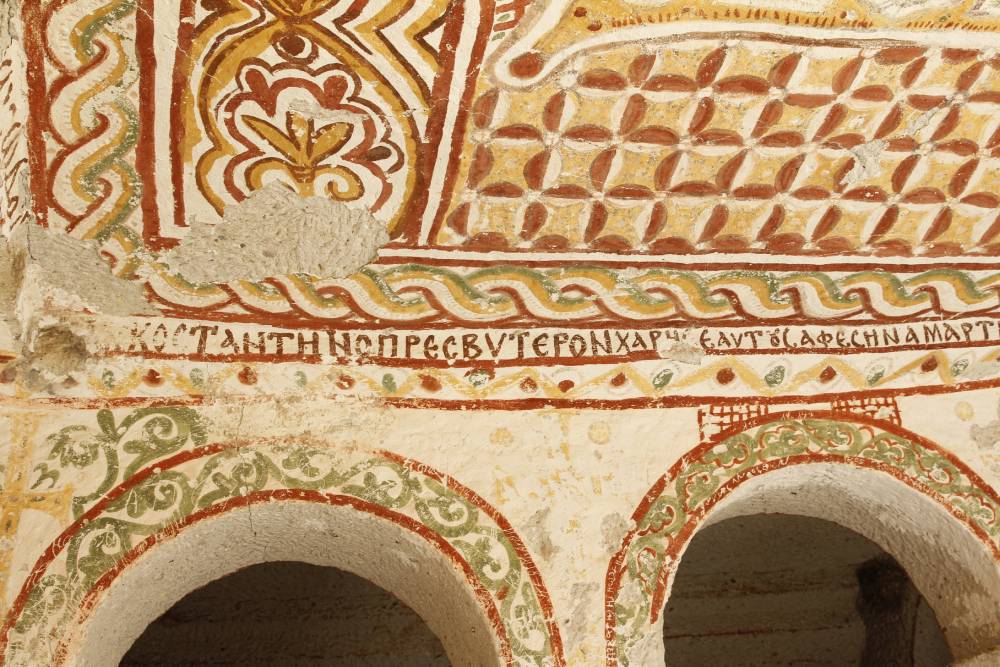 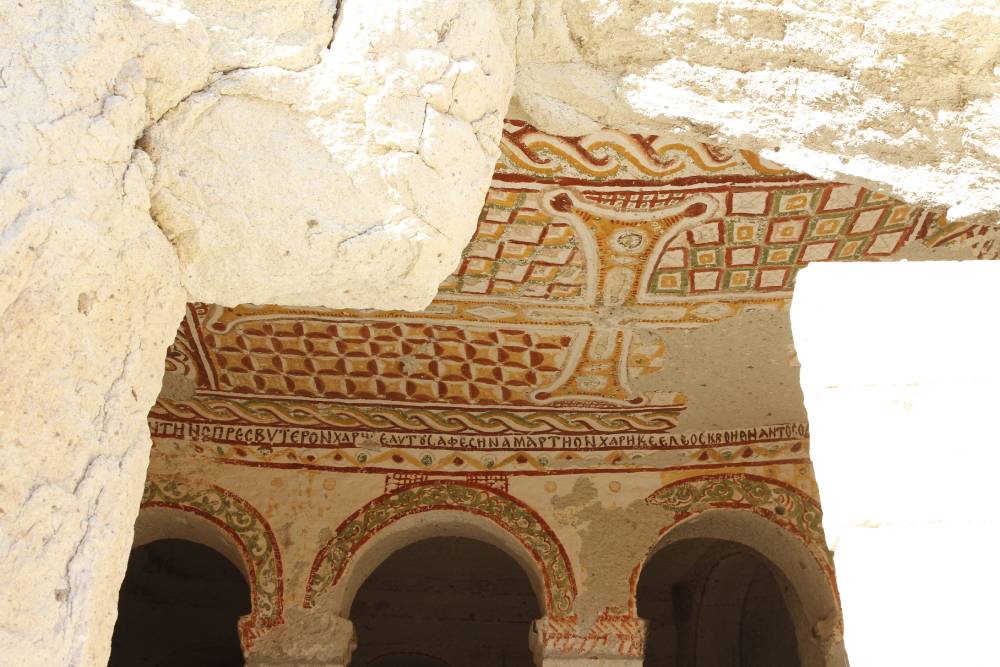 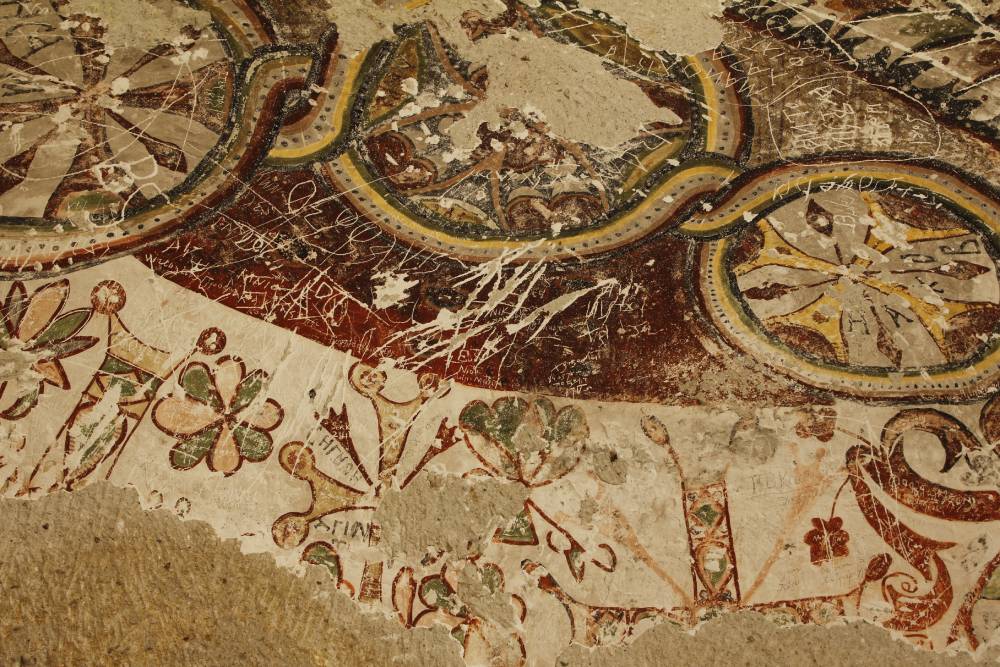 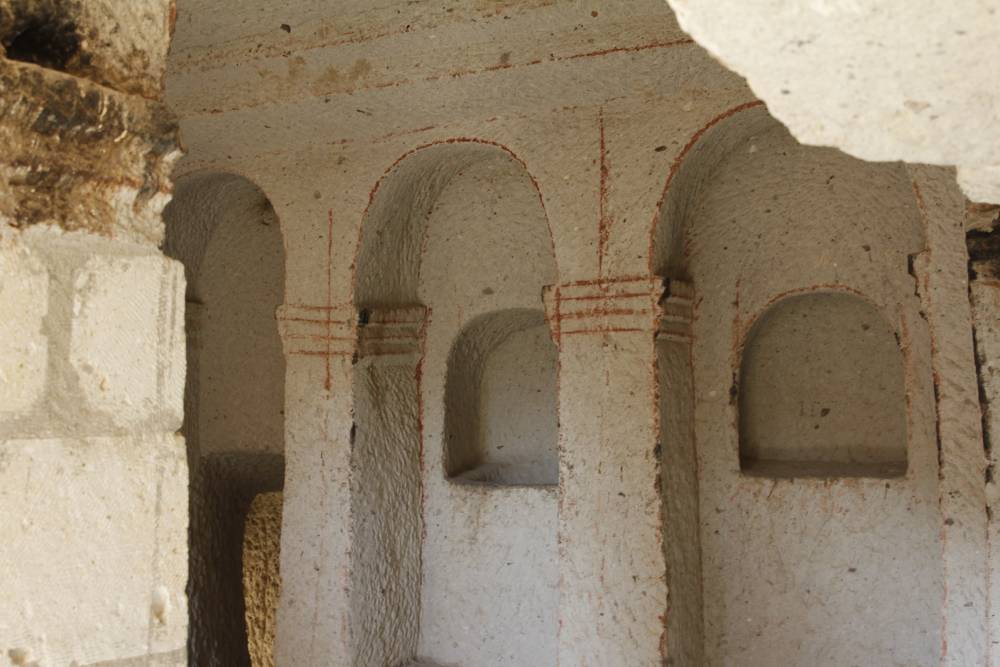 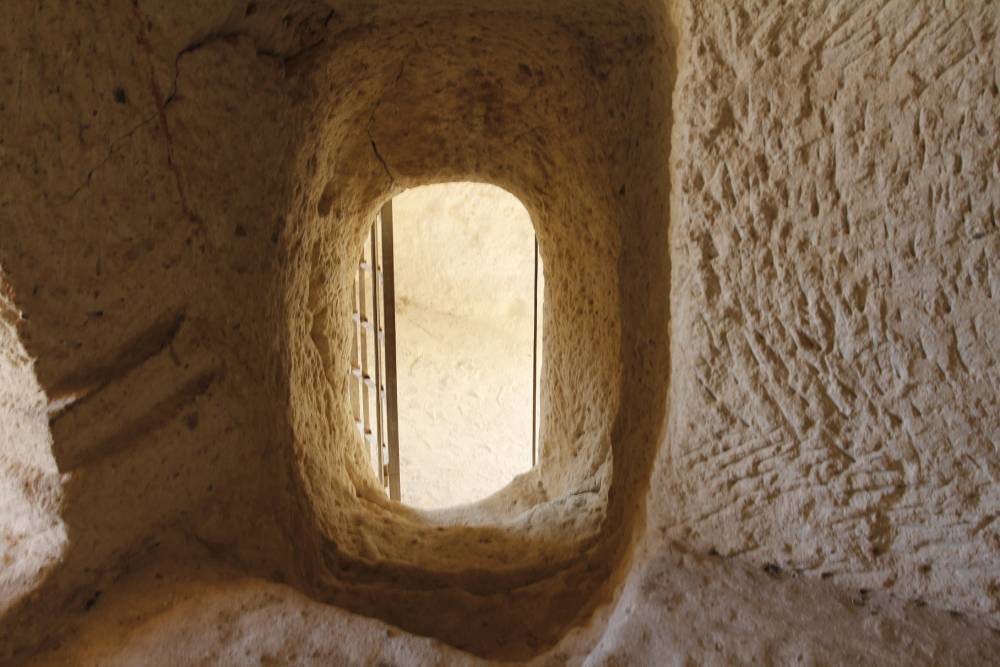 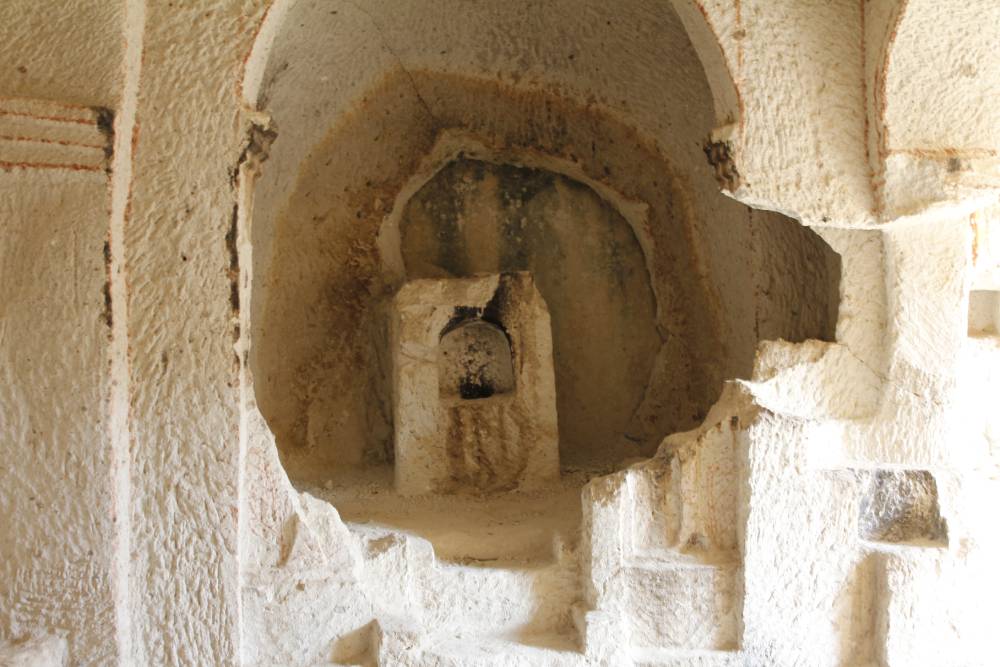 The settlement, located approximately 2 km southwest of Mustafapaşa, is known as the Gomeda Valley today. The valley, called the “Kanavuria” region during the Greeks, forms one of the fissures of Elevres. The valley contains churches carved into the rocks, shelters, dovecotes, vineyards and an underground city. The Üzengi Stream flowing through the valley, on the other hand, provides a harmonious view in which rocks and plants overlap.

It is rumored that this place used to be a village of six hundred households. According to expressions, while a Byzantine emperor was passing through here on a campaign against enemies, the village’s inhabitants had him build the Church of Timios Stavros, which means “Holy Cross” (Balta, 2005). The church, which can be visited today, is also called Alakara. Timios Stavros Church (10th and 19th century) is located close to the valley entrance. The church is so important for the valley that the valley is identified with the name of the Timios Stavros church, which has existed since the Byzantine period. Besides the churches, there were also rock places that people used as shelters and dwellings in the settlement. The most important example of this is the Stavropoulos family, who lived in the rock formations around this church and called with the church name after settling in Sinasos. The other most notable church in the valley, which can still be visited today, is the Church of St. Basileios, whose wall paintings were dated to the 9th century. The church is another church in the village (the other is in Beydere Valley), built in the name of St. Basileios, one of the “Cappadocian Fathers”.

In addition, the Derindere Valley to the south of the Gomeda valley (Stairs Church, 9th century) and the valley known as the “Valley of the Virgin Mary” or Kara/Karae to the south of it (Hacı İsmail Stream Churches, 10th century) have churches from the Byzantine period. All the mentioned churches have murals.