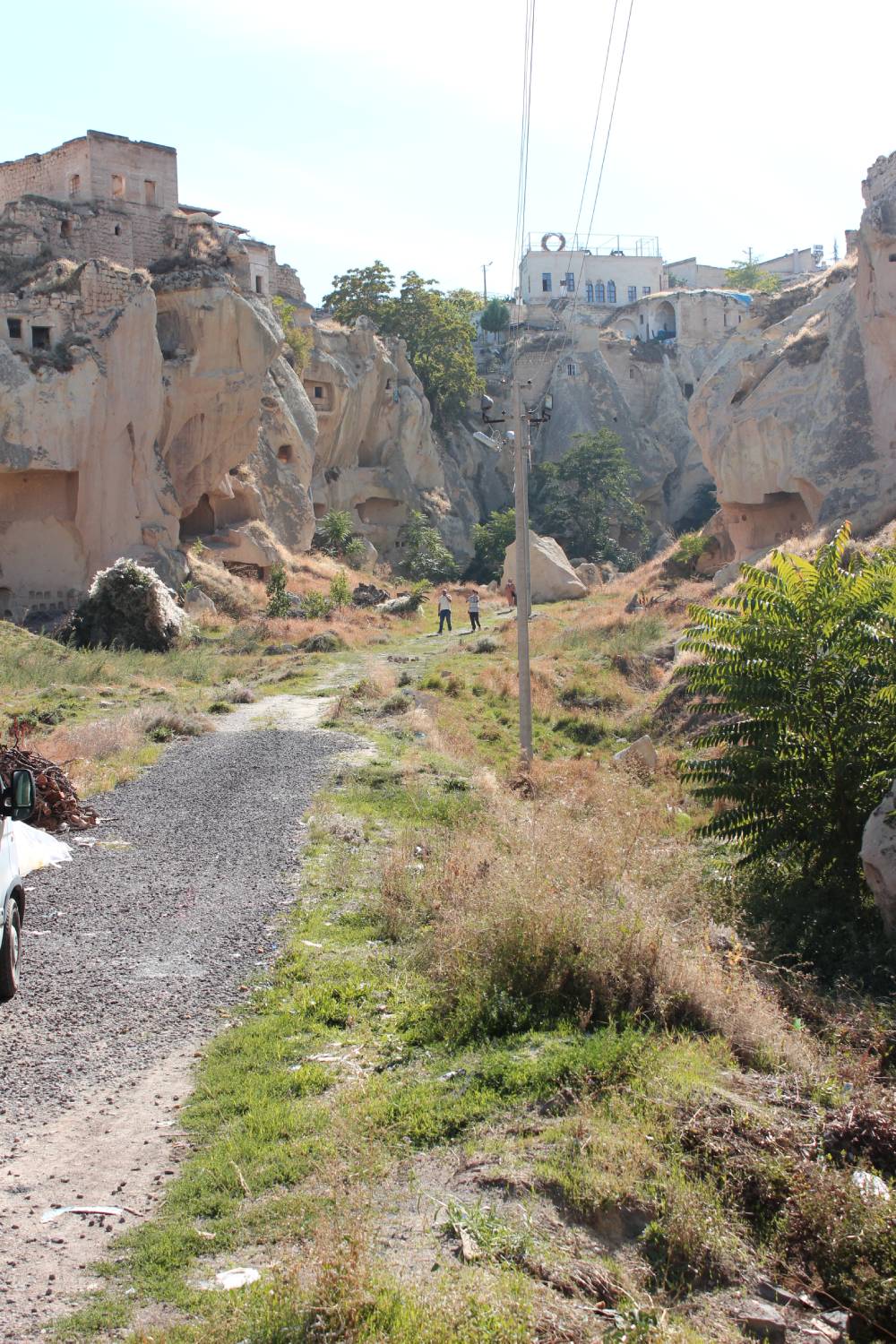 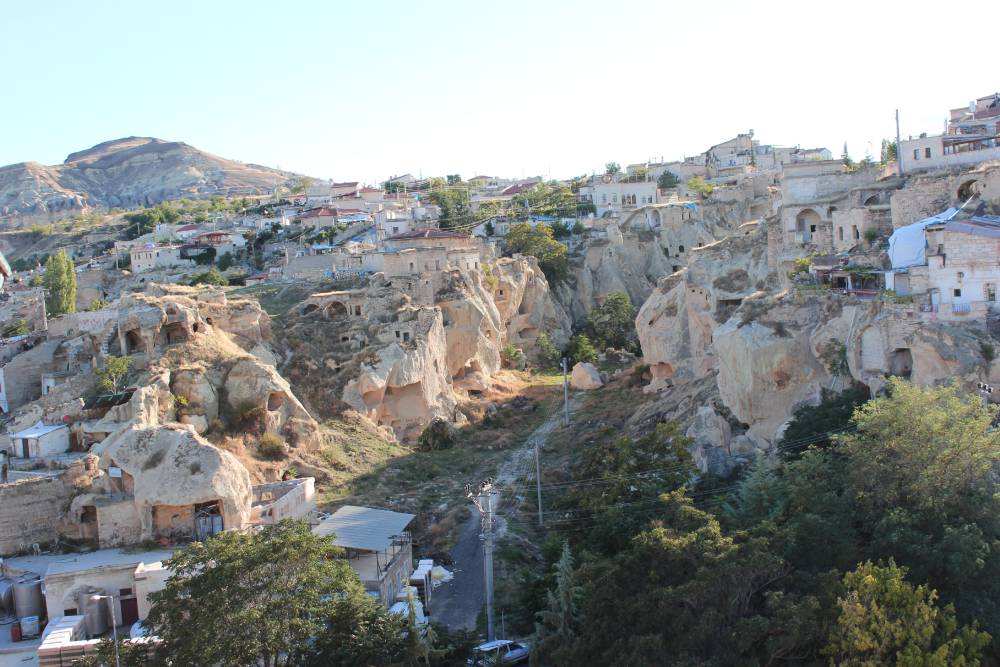 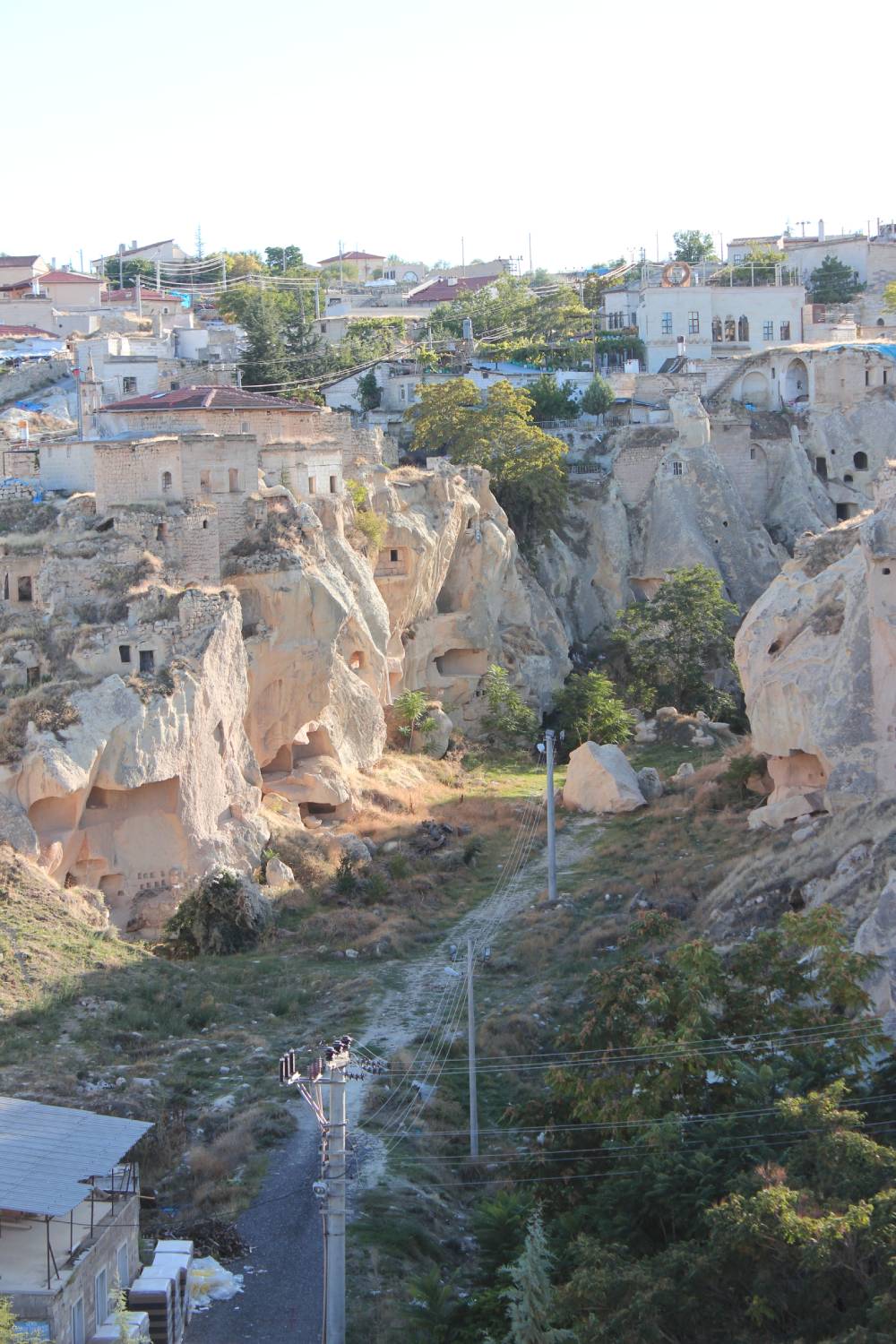 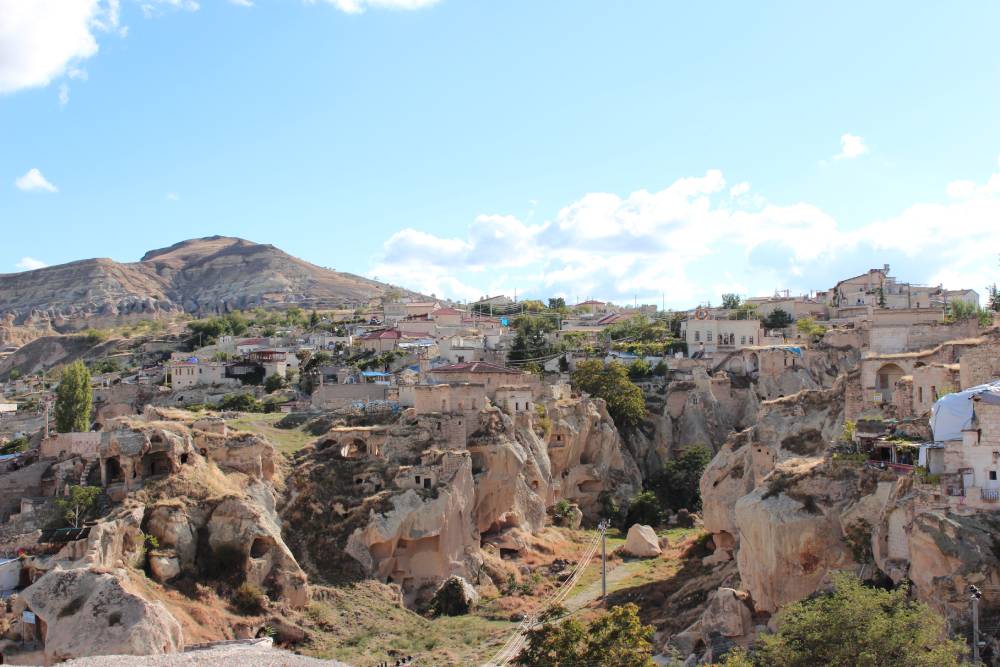 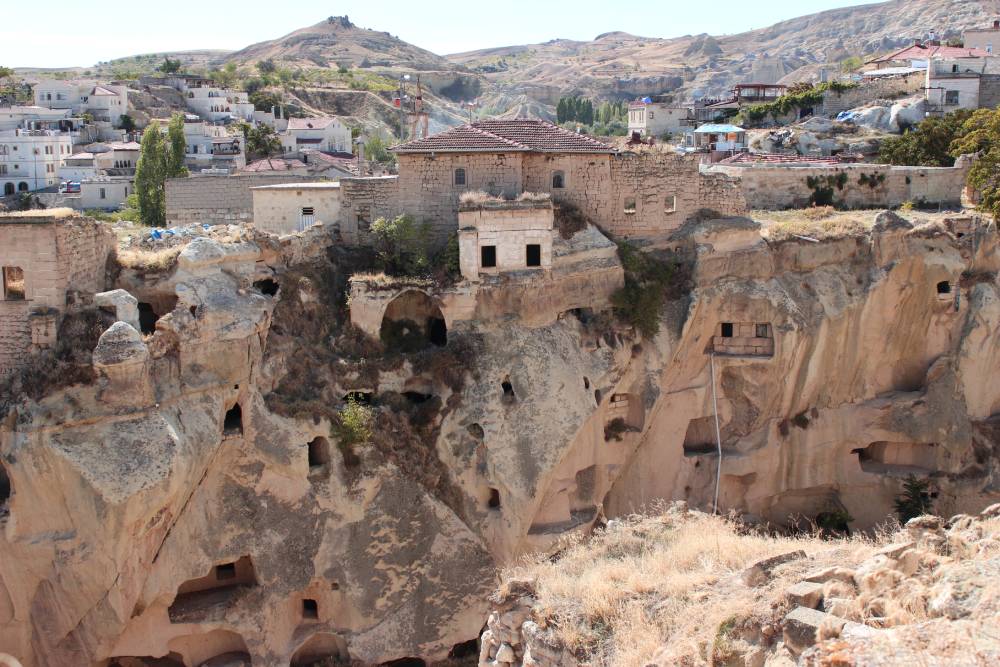 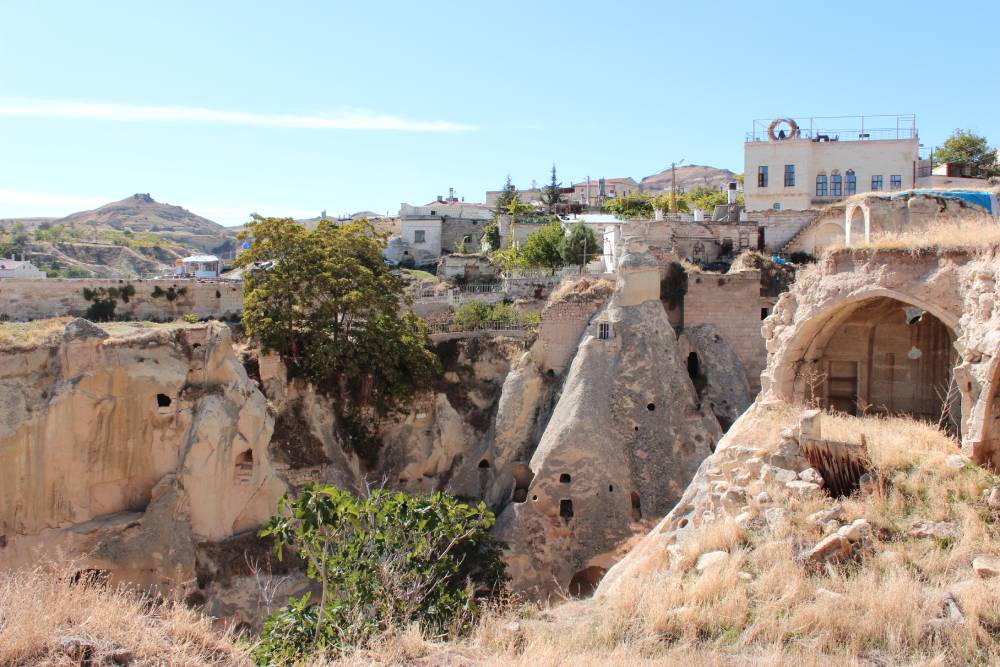 The Gibos valley was known by the name “Kipos”, which means garden in Greek during the Greek period. The Gibos valley, now composed mainly of ruined rocks and abandoned houses, was once one of the liveliest places in the village. Here was a neighborhood of houses with gardens where only Christians lived. It was divided into two by the deep crevice of the stream passing through the middle of the village. In the middle of the village, the river used to form a waterfall and pour into the Beydere Stream after wandering the entire Gibos District. This waterfall is at the place where the Health Center is located today.

The houses carved into the rocks here looked like castle structures. These houses, which had doors that opened on the high steep surfaces of the rocks, were climbed with very narrow steps. It is stated that there are long corridors between the caves in some places and that a very different point is reached from one point (Balta, 2005).

Gibos, one of the deepest valleys of the settlement, is approximately 1 km long. Beydere Valley to the north of the village is a continuation of Gibos. The steep formations of the eastern part of the valley, bounded by the Maraşoğlu Bridge, give the settlement a canyon-like appearance.